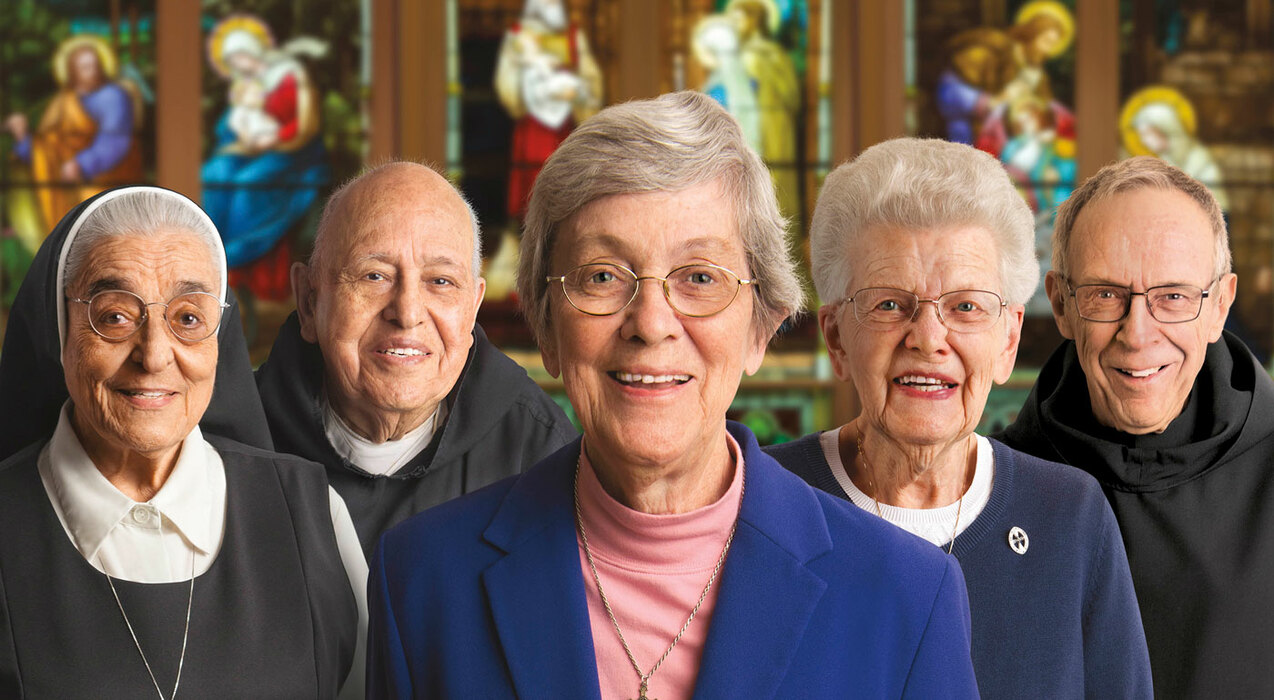 My first interaction with Sister Rochelle Guertal, OSST was a couple of years ago, when she asked me to stop by her office so we could talk about the annual in-pew collection for the Retirement Fund for Religious, for which her department — the diocesan Office for Religious — was responsible.

I was a little nervous as I approached her door; I hadn’t had a conversation with a religious — let alone one who was superior of her congregation — since my high school days 18 years ago.

But Sister Rochelle didn’t dig right into timelines, fundraising goals or the vast communication plan needed to generate the much-needed funding that provides for aging religious brothers and sisters. Instead, she shared baked goods that she and the other Sisters of the Most Holy Trinity made at Our Lady of Lourdes Shrine. She also asked about which Christmas cookies are a tradition to bake at my house.

My nervousness faded as she asked about my daughter. I explained that she was crazy about soccer and anything Disney and was eager to attend her first Cavs game. Sister Rochelle enjoyed that, sharing a story from her high school days in the 1960s, when she was a point guard on St. Mary’s basketball team in Akron. She also chatted about LeBron James and Kevin Love, and told me that the discipline, teamwork and forgiveness she learned during her basketball days connected with her faith and led her to her vocation.

For two years, it was an honor to work with Sister Rochelle to help religious communities. She recalled that when she began teaching, daily pay in schools and hospitals often was $1 for the religious and, at that time, the communities weren’t set up to pay into Social Security. Today, younger working sisters support many aging religious in their communities. Retired religious receive an average of $170 per month to pay for medications, nursing care and other needs.

In late August, Sister Rochelle died after a short battle with cancer. Saddened by the news, I quietly prayed and waited until the evening to tell my family. After supper, my daughter asked if we could go outside and practice dribbling and a few basketball tricks. As we did, a gold butterfly kept swirling around us and landed on my chin. I can’t help but think it was Sister’s presence.

For the past four years, Sister Rochelle spent many weeks making phone calls, writing letters and visiting parishes rallying Catholics to lend their support to the religious men and women who may have taught or cared for them. It’s estimated that she helped raise nearly $2 million for the Retirement Fund for Religious during these years — a labor of love she did while organizing bake sales and holiday meals to help raise funds for her congregation’s shrine in Euclid.

As the pandemic continues, the Retirement Fund for Religious may face even more challenges. Donations are crucial to help with increasing medical costs. Each donation made in 2020 will help to celebrate the life and dedication of Sister Rochelle.

Anyone who makes a donation to the Retirement Fund for Religious in Sister Rochelle’s name will be invited to join a livestreamed Mass celebrated in her memory by Father Dan Schlegel, vicar for clergy and religious, at noon Jan. 6, 2021 in the Cathedral of St. John the Evangelist.

Article by Brooke Uehlein, communications manager for the Catholic Diocese of Cleveland