Since accepting its first residents in May 2000, Joseph’s Home continues to serve acutely ill homeless men by helping them stabilize their medical condition and address their housing situation. The only homeless service provider in Northeast Ohio to focus on medical respite, Joseph’s Home is located in a former convent that was repurposed to provide housing – and hope -- for 11 men at a time. Each year about 40-50 men benefit from the program, which is a ministry of the Sisters of Charity Health System.

Hope was the theme of Bishop Nelson Perez when he delivered the keynote address at the annual Perseverance in Hope benefit luncheon for Joseph’s Home. The event was June 19 at Windows on the River in Cleveland. 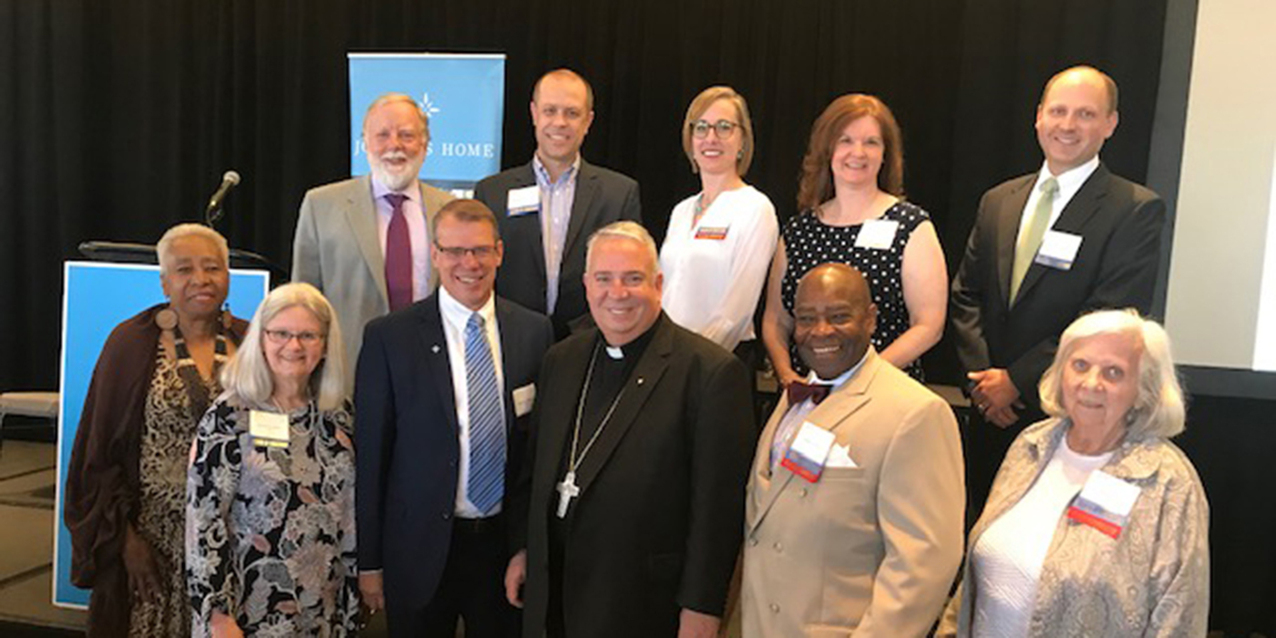 He told the 325 people gathered at the sold-out event that we all have stories of despair. “Hope in the midst of despair is at the center of Christianity. The resurrection offers us hope. Joseph’s Home is a sign of hope,” the bishop said.

Circumstances can change and leave people in desperate situations, filled with despair, Bishop Perez said. But a ministry like Joseph’s Home offers them hope. “Hope is the opposite of despair. It’s given as a gift to unpackage in our lives,” he added.

The bishop shared a story about someone who asked him if he has hope despite all that is going on in the world. 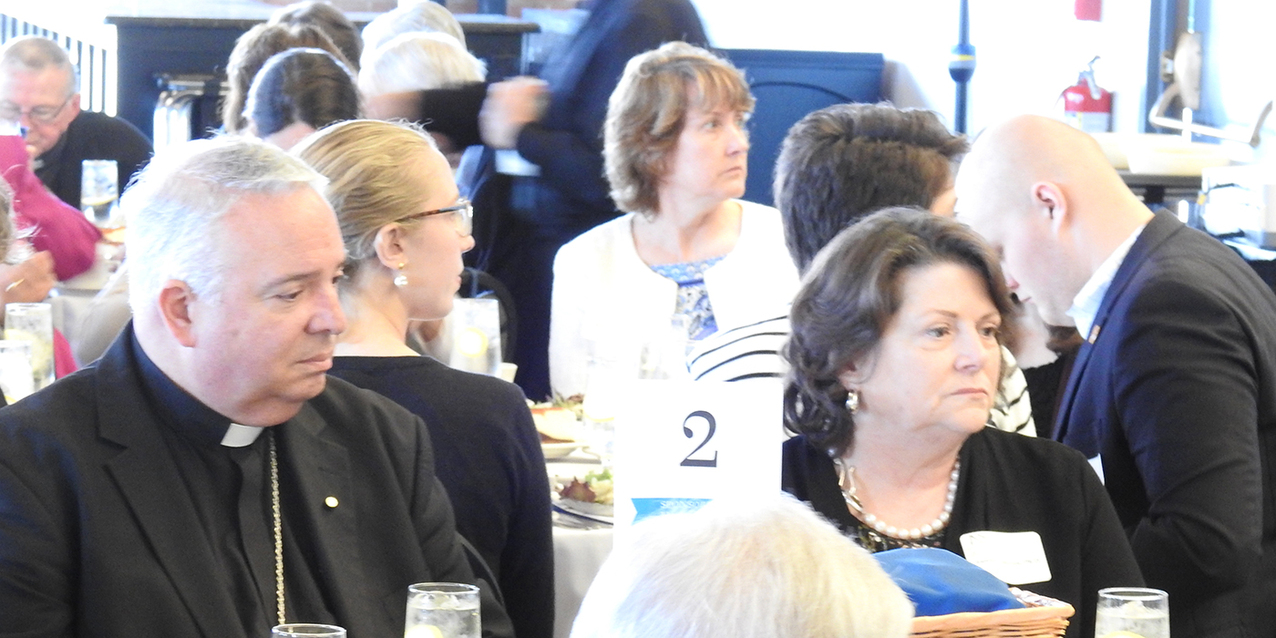 “I told him that I follow a faith that believes a dead man came back to life so yes, I have hope. I gave my life to that faith. This is what’s at the center of being a Christian,” he said.

“What does hope look like? When you get to the end of the rope and there’s more to grab onto. That’s hope,” Bishop Perez said. He talked about a scene in the movie “Jesus of Nazareth” when the Roman soldier peered into Jesus’ empty tomb. The camera was inside the tomb so those watching the film saw the light streaming in as the centurion looked inside and said, “Now it all begins.”

“People thought when Jesus was crucified that was the end of it. But they were wrong,” he said, adding the resurrection continues to bring hope, just as Joseph’s Home continues to provide hope for men in despair. 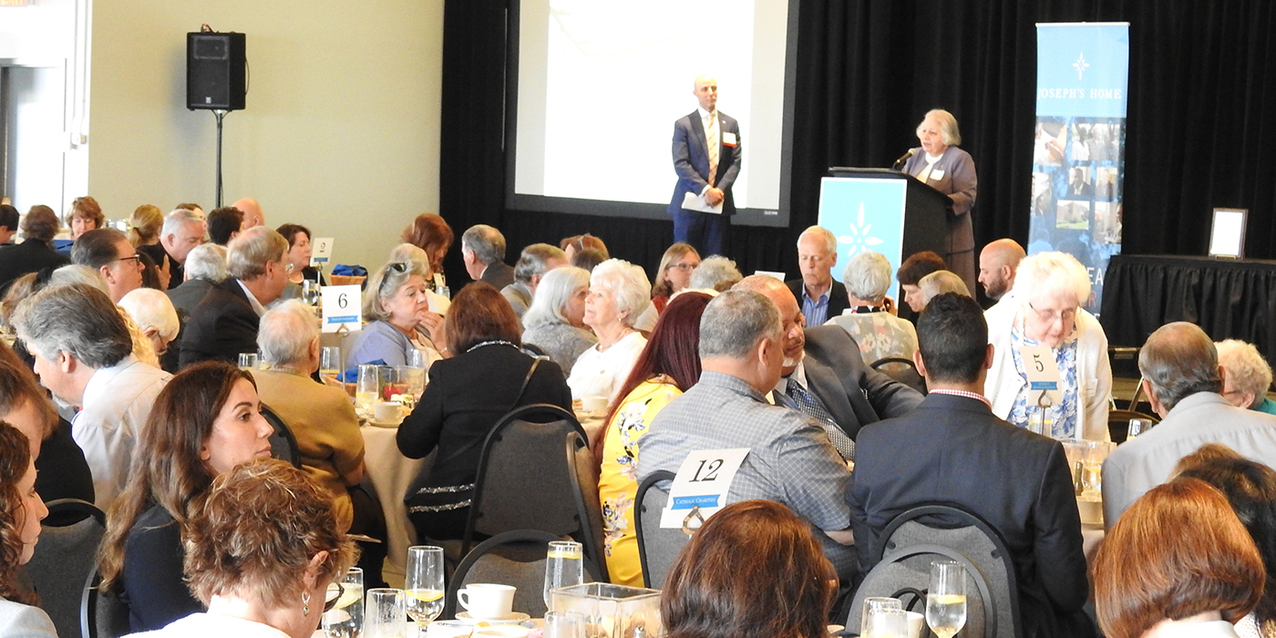 “People who don’t even know them care, love and support them at Joseph’s Home. That’s what hope looks like – a ray of light in the midst of despair. And it wouldn’t happen if not for the Sisters (of Charity of St. Augustine) and people like you,” the bishop said. “Some men have gone on to get jobs and housing but they couldn’t see that when they were in despair, lying in a hospital bed. Joseph’s Home helped them see it.”

Also offering remarks was a former Joseph’s Home resident who shared his story of being seriously ill and homeless before getting his life back on track at the ministry, where he found friendship and support. He is involved with the Joseph’s Home alumni group and is on staff now, giving back and helping other men to deal with their problems.

Sister Joan Gallagher, CSA and first director of Joseph’s Home, presented the David Henderson Memorial Award to Burt Saltzman of Dave’s Supermarket, thanking him for his dedication to the ministry. Sister said when staff members go to the grocery store for supplies, Saltzman greets them and inquires about the residents. 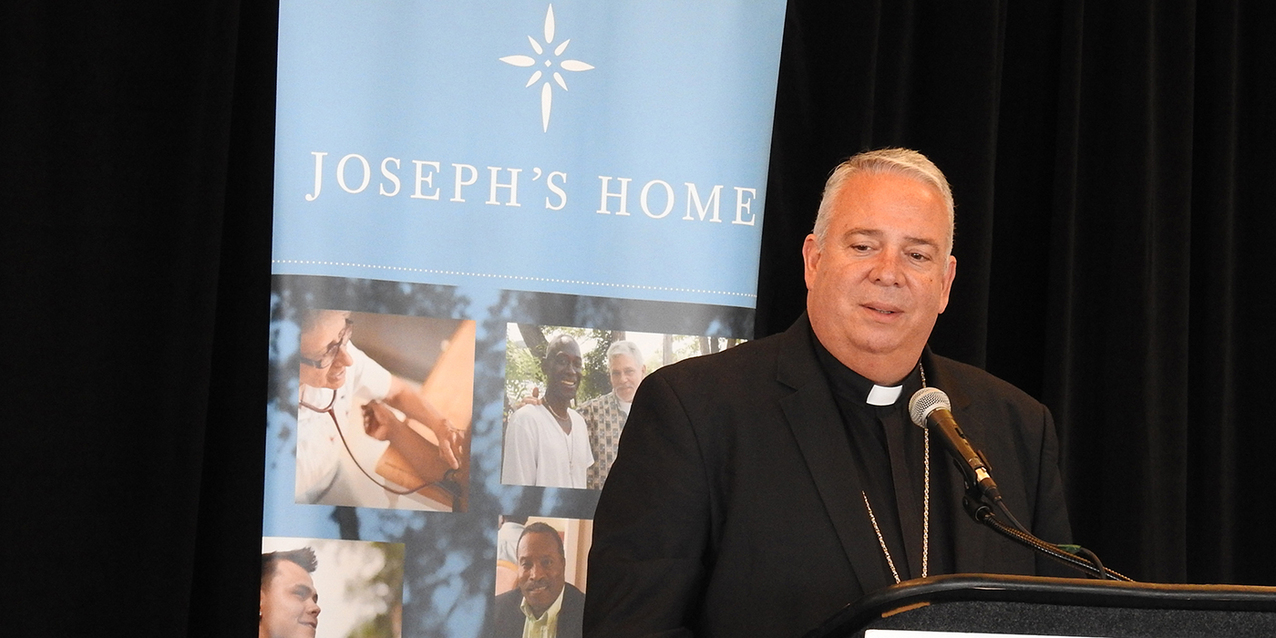 “And if there is a special occasion, he makes sure to send a cake,” she added.

The award is named in honor of Henderson, a Joseph’s Home success story.

Christine Horne, executive director, recognized Jeanne Colleran and her husband, Richard Weaver, for their generous gift to the Sister Joan Gallagher Endowment Fund that will help ensure that the sisters’ ministry of serving those in need will continue.

Dan Moulthrop, CEO of The City Club of Cleveland, served as the emcee. Moulthrop recognized a contingent from St. Dominic Parish in Shaker Heights and expressed appreciation for the parish’s support of Joseph’s Home. 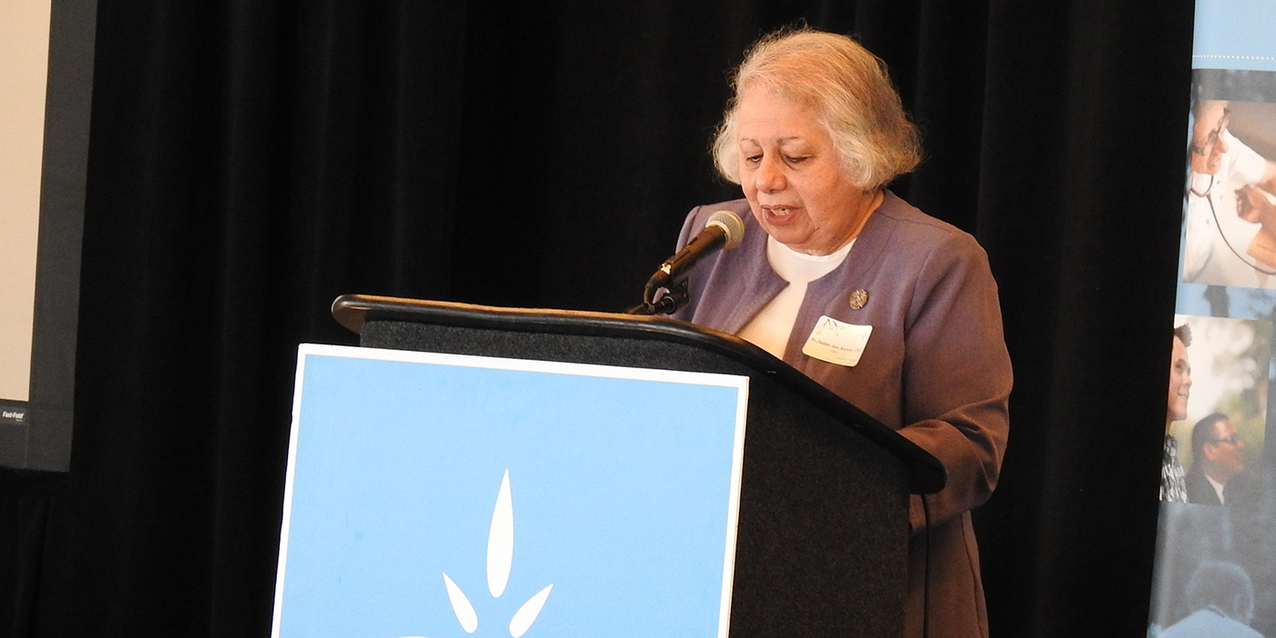 Also offering brief remarks at the event were Tom Strauss, CEO of the Sisters of Charity Health System, who called Joseph’s Home “the heart and hands of our ministry.”

Richard Gallagher, incoming chair of the Joseph’s Home Board of Directors, congratulated luncheon attendees telling them, “You are the means of hope for these men. They’re not alone, thanks to you. The future is bright for many hundreds of men whose lives will be forever changed by the generosity and compassion of friends like you.”