Faith is an anchor for Marco

Relocation is something that Marco LaNave knows well. In the past nine years, he’s lived in four different states. The St. Cloud, Minnesota native now calls Akron home. A baseball lover, he’s pursuing his dream of becoming a major league announcer by developing his craft as the lead broadcaster for the Akron Rubber- Ducks, the Double-A affiliate of the Cleveland Indians.

He had stops in Davenport, Iowa, and Jacksonville, Florida, before landing in Akron.

So how did the young man, who had no family or friends in those cities, handle the moves and manage to adjust?

“My Catholic faith is an anchor for me,” Marco said. “Beyond co-workers, the friends that I meet and social connections I make are mainly through the Church.” He’s also been active — when his schedule permits — with Young Catholic Professionals. While in Jacksonville, he was part of the leadership team for the local YCP chapter. When he moved to Akron last October, Marco found an apartment near Immaculate Heart of Mary Parish in Cuyahoga Falls and he tries to attend daily Mass.

When he’s traveling with the team, Marco finds nearby Catholic churches on masstimes.org so he can attend Mass on Sunday and, when possible, during the week. Double-A teams travel by bus, he said.

The YCP Cleveland Chapter connected him with a spiritual director, Father Chris Zerucha, pastor of St. Bernard and St. Mary parishes in Akron, and a mentor, Bob Tayek, the public address announcer for the Indians. Bob is a former radio announcer and a former member of the Catholic Diocese of Cleveland Communications Department. 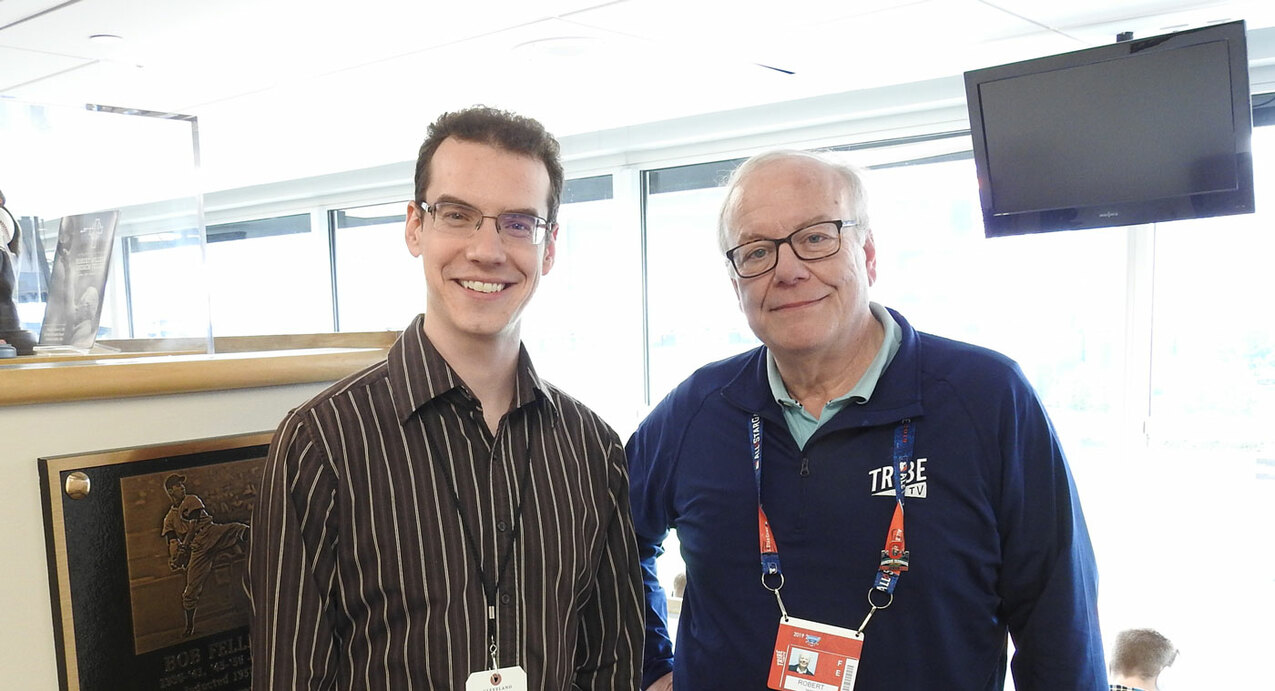 “He’s a wonderful young man who is very devout about his faith. He’s also passionate about baseball,” said Bob, a staunch Catholic. “I’m impressed by his practice of the faith.”

After graduating from Cathedral High School in St. Cloud, Marco earned a chemistry degree from the University of Minnesota in 2011. He played baseball in high school and his team earned a state championship in 2007.

His parents, Katy and Kevin, still live in St. Cloud, and his younger brother, Paul, lives in Minneapolis. All are Cathedral High alumni.

While in college, Marco lived two years in a men’s household through the campus ministry, St. Paul’s Outreach. The 11-12 residents met for morning prayer four times a week and had meals together three times weekly. Marco described it as “an intentional household” and said it was a way of evangelization on campus.

“It was a huge way to take ownership of my faith,” he added.

In 2011, while finishing his college degree, he had a season-long internship with the Minnesota Twins Radio Broadcast Network and got hooked on the business. “It was so much fun,” he said, but he knew he’d have to work his way up through the minor leagues.

The following winter, Marco moved to Davenport and began an internship with the Quad Cities River Bandits, a Class-A team. When their broadcaster left, he got the job. After four years there, two former Quad Cities colleagues were hired by the Jacksonville Suns (now Jumbo Shrimp), the Double-A affiliate of the Miami Marlins, and they recruited him to come along. He spent three seasons, 2016-2018, with Jacksonville before moving to Akron. Ken Babby owns both the Jumbo Shrimp and the Rubber Ducks.

Minor league staff members are jacks of all trades, Marco said. He works in the ticket office full time then does play-by play for the games, which he calls the highlight of the day

Minor league teams focus on family entertainment, Marco said. They connect to the community and offer an affordable way for families to enjoy time together and watch the development of some future major leaguers.

He has visited Progressive Field a few times on off-days for the RubberDucks to meet the Indians’ staffers and to see how things work at the major league level.

No matter what he’s doing, Marco said his faith is front and center. “I don’t shy away from letting people know that I’m Catholic. I want my whole life to point to Jesus Christ. That’s my aim.”

This story is featured in the July-August edition of Northeast Ohio Catholic Magazine. Click HERE to read the entire digital edition.