Dario Sanchez has a unique perspective on the journey of an immigrant, since it’s something he experienced personally. A native of Paraguay, Sanchez has lived in the United States for many years. He is a retired social worker and family and marriage counselor who has helped other immigrants through his work with Catholic Charities Migration and Refugee Services.

“Journey of the Immigrant: Theological and Social Reflections: was the topic of Sanchez’s presentation to the First Friday Forum of Lorain County on Aug. 2 at the group’s monthly lunch meeting at Lorain County Community College’s Spitzer Conference Center. 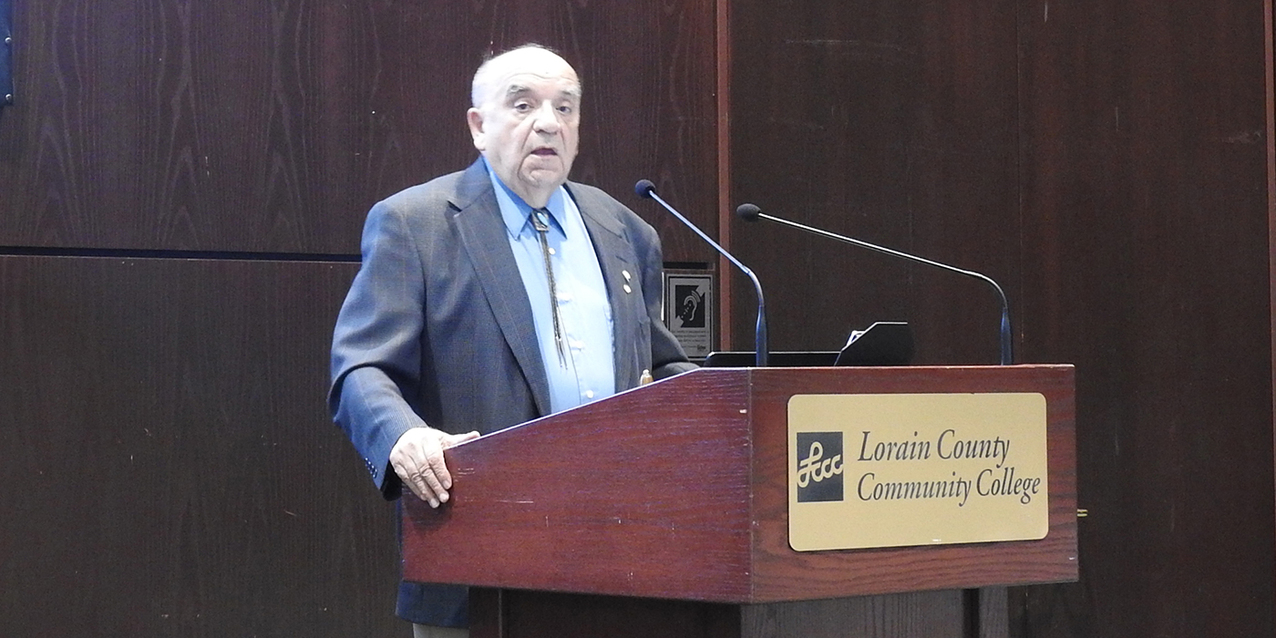 “I’ve known Dario a long time – even longer than my wife,” Kowalski quipped. He shared how they were classmates at Saint Mary Seminary and Graduate School of Theology, where Sanchez earned one of his master’s degrees. Since he was new to the United States, Kowalski said he invited Sanchez to join his family for Thanksgiving dinner.

“It was his first American Thanksgiving with me, my seven siblings and my parents. My mother told him there was always an empty chair at our table,” Kowalski said, sharing how his family welcomed Sanchez. 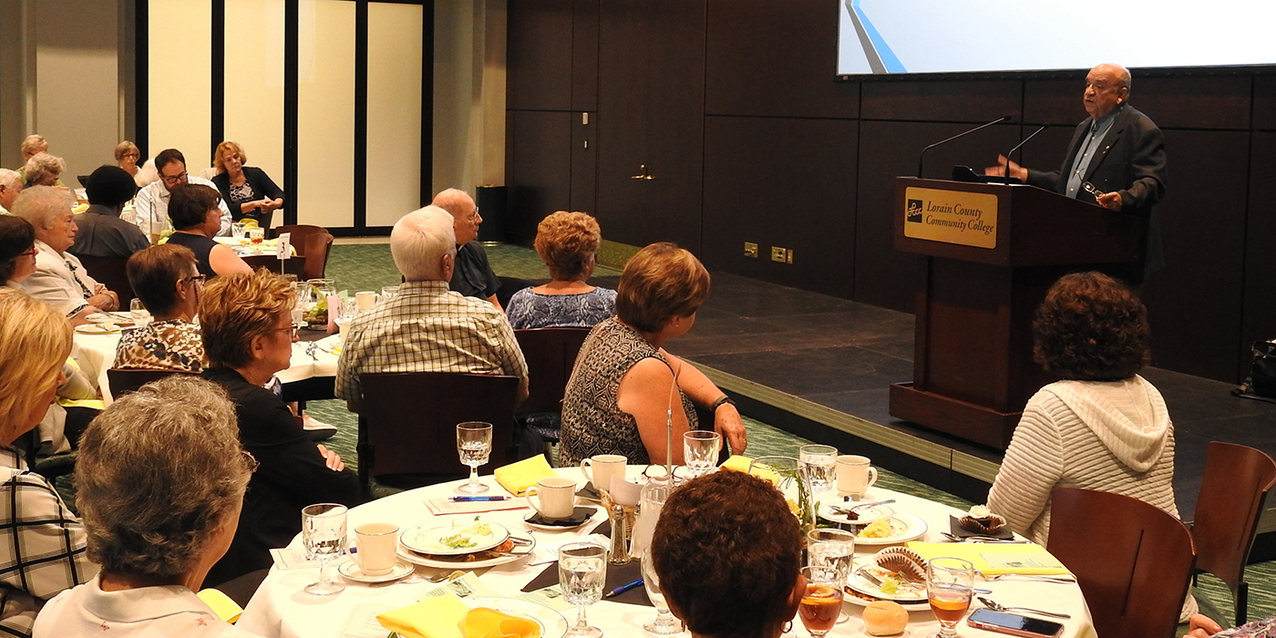 Walking the group through what he called the process of acculturation in the U.S., Sanchez explained that there have been Mexicans in the country since colonial times. He also described how some conquistadors – Spanish conquerors of Mexico – helped to populate certain areas and shared their surname with the residents. They also helped to bring the faith north into the U.S.

The next immigrant groups to move into the U.S. were those from Central America – countries like El Salvador, Panama, Nicaragua, Honduras, Guatemala, Costa Rica and Belize – Cuba and Puerto Rico.

But the first Americans, the Native Americans, already populated the country. Various tribes like the Navajos, Pueblos, Lakotas and Apaches settled in specific areas. He said the Jesuits and Franciscans were among the first religious orders to arrive in the U.S. to help spread the faith to these Native Americans. 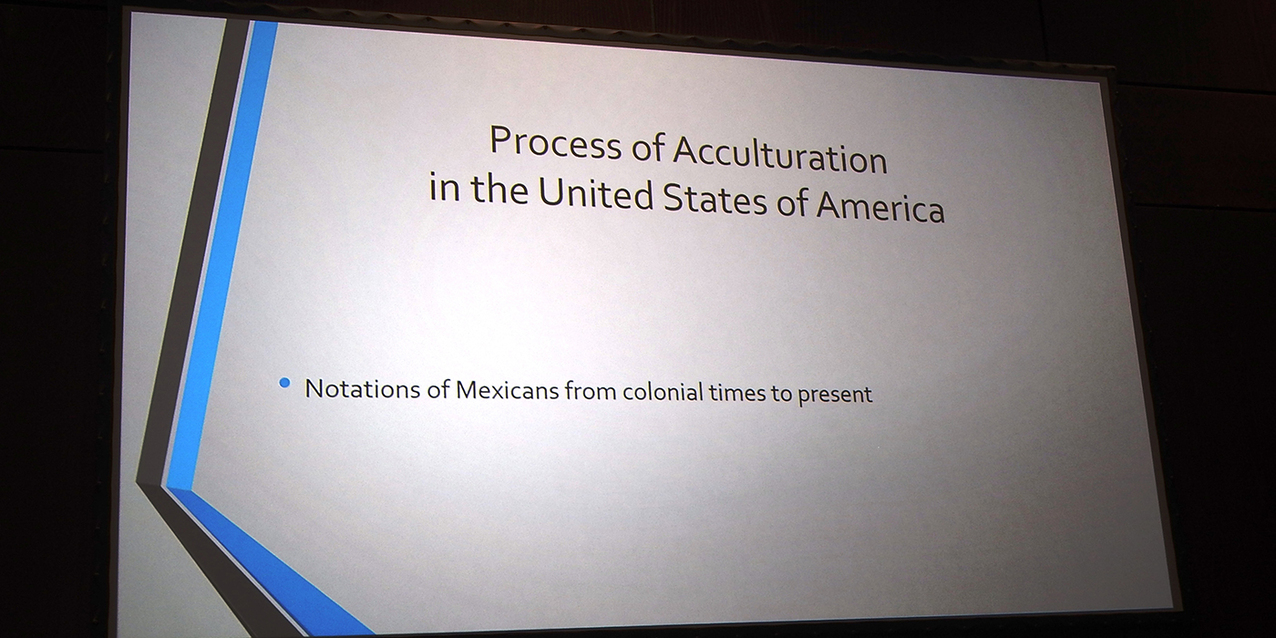 “St. Junipero Serra (a Franciscan priest) and others worked with the Native Americans. They were compassionate and kind and taught them new ways to live,” Sanchez said, “but sometimes they were persecuted.” St. Junipero Serra was canonized by Pope Francis in 2015. He founded nine missions in California and is credited with baptizing and confirming thousands of Native Americans.

“The missionaries helped develop towns, published books, built churches and roads,” Sanchez said. But he noted that there were saints and sinners during these times, which caused some difficulties. He said the missionaries wanted to treat the Native Americans (Indians) with kindness and not to be verbally or physically abusive because they wanted to convert them to Catholicism.

In modern times, Sanchez said Pope Francis wrote his exhortation “Gaudete et Exsultate” (Rejoice and be Glad) in April 2018, as a call to holiness in the contemporary world. The pope’s family were immigrants, Sanchez noted, explaining they left Italy and settled in Argentina. “It was difficult to adjust,” he said. But the experiences of his family influenced the pope, he said, helping him to develop compassion. 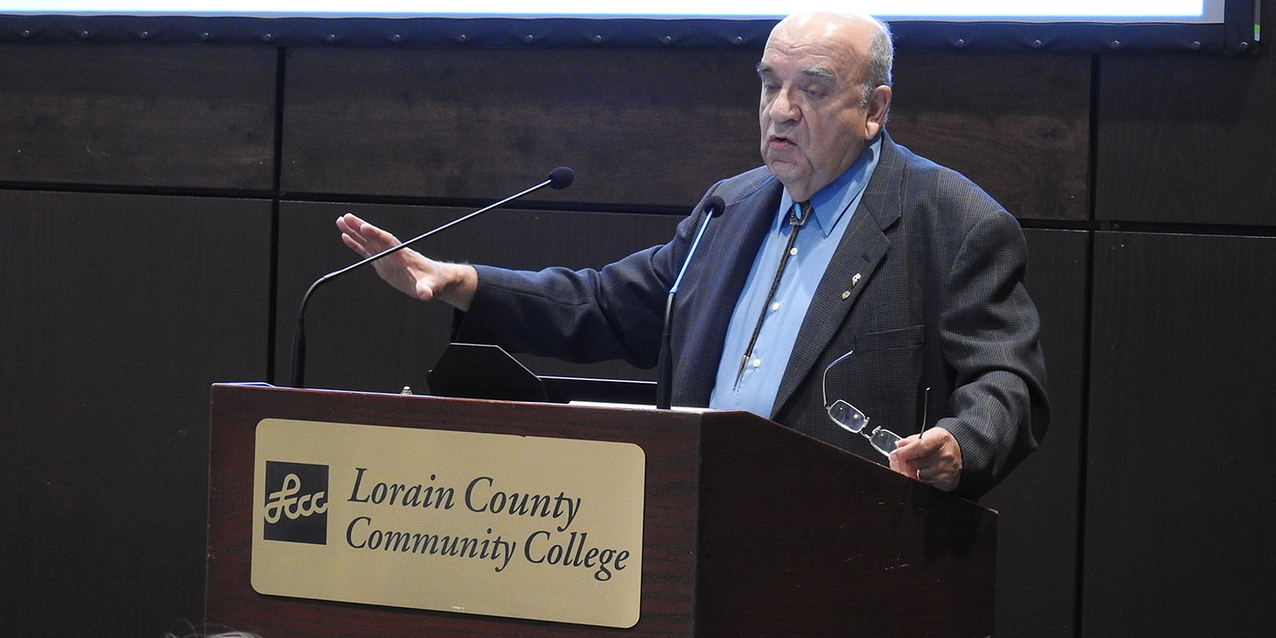 He said the roots of compassion for immigrants can be found in the Bible, Exodus 22:20, which says: “You shall not oppress or afflict a resident alien, for you were once aliens residing in the land of Egypt.”

Sanchez said that Pope Francis’ letter to the people of God that was released in August 2018 was “ a call to awaken our conscience and arouse our solidarity and a commitment to a culture of care.” He connected this thought to the Beatitudes, which can be found in Matthew, Chapter 5, the Sermon on the Mount. “Blessed are the peacemakers,” he said.

Love is essential to this whole process, he added, pointing out agape, the unconditional love that God has for his children. “Every time I look for love I see that word – agape. We must be open to it,” he said, explaining that such universal kindness is a good way to connect with immigrants. “It’s easy to do – just show compassion.” 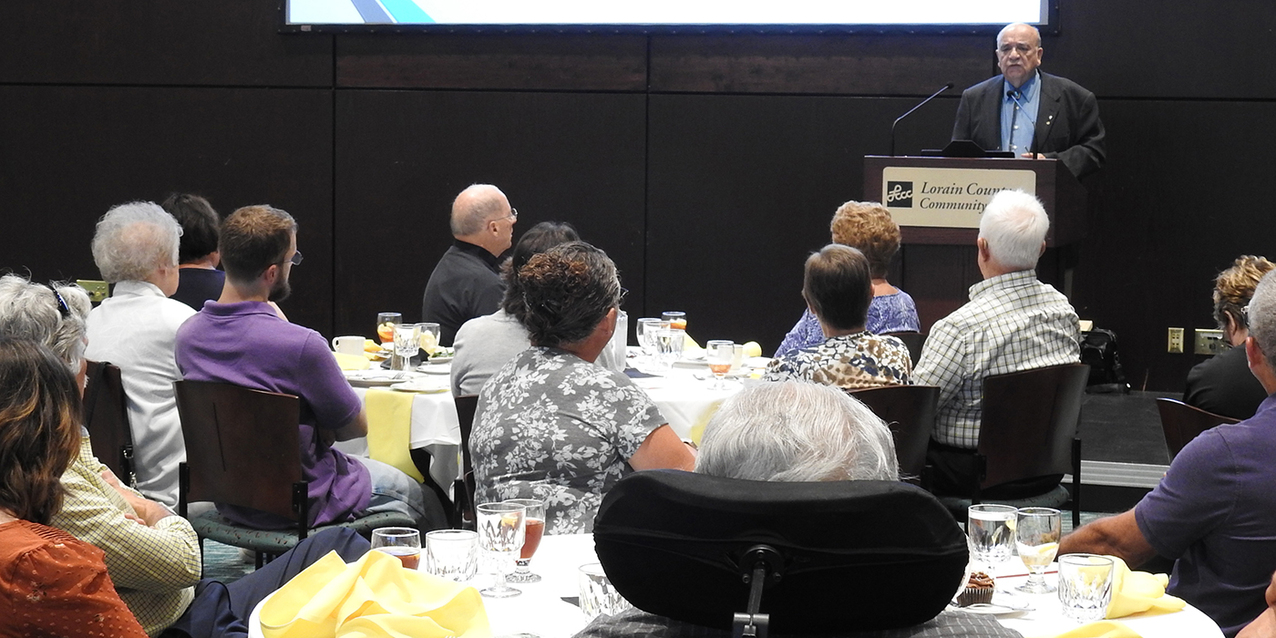 Sanchez said the United Nations Universal Declaration of Universal Human Rights, which was ratified in December 1948, contains many of the same principles as the Beatitudes. “Just open your heart to kindness,” he told the audience, noting that the Beatitudes provide a foundation for how immigrants should be treated.

“And read what the pope says. He’s asking us to be kind and compassionate and to open our hearts to agape. It’s all there, accessible to all,” he said. “Do not cast the first stone – be kind.”

Bernadette Boguski, executive director of AM 1260 – The Rock, Cleveland’s Catholic radio station, will address the FFFLC at its 11:30 a.m. Sept. 6 meeting at LCCC. Cost is $20/ Call 440-244-0642 or email fflorain@gmail.com to make a reservation or for more information.