Father Chuck Butkowski marked the first anniversary of his appointment as pastor of St. Adalbert Parish in Berea with his official installation as the parish’s 21st pastor.

Bishop Nelson Perez celebrated the vigil Mass on Aug. 24. Parishioners from St. Adalbert and the other two parishes where Father Butkowski had served previously as a parochial vicar – St. Albert the Great in North Royalton and St. Barnabas in Northfield – filled the church. 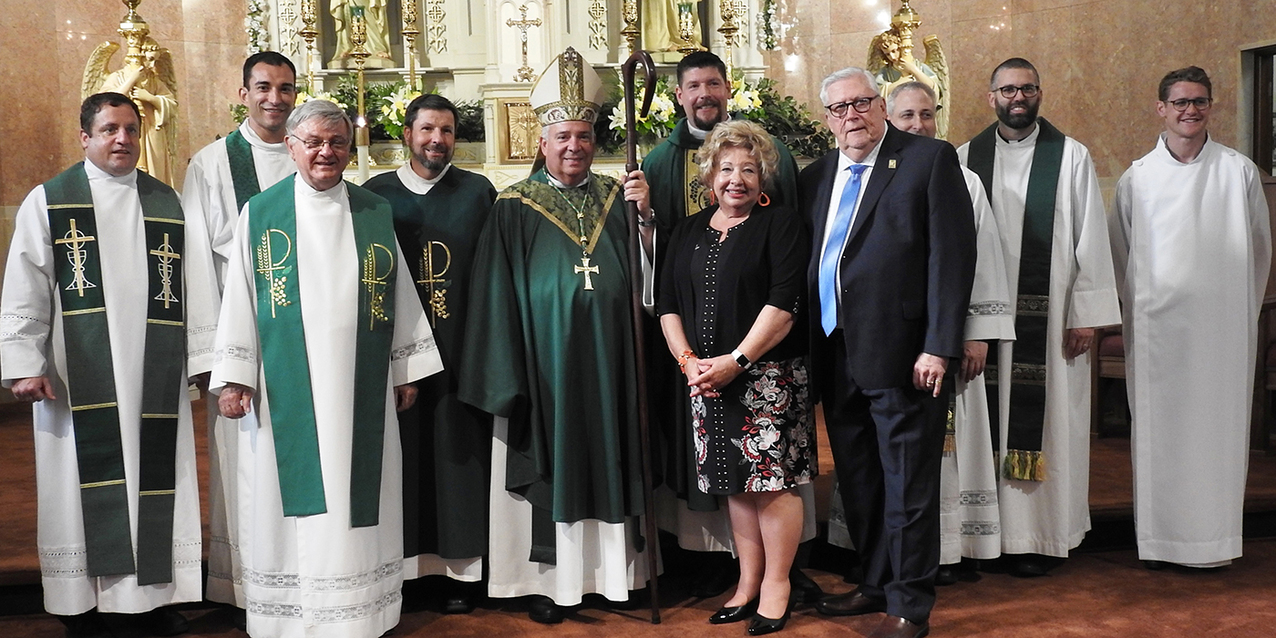 Deacon Ed Gardias, who is assigned to St. Adalbert, assisted at the Mass and Deacon Tom Daw from Sacred Heart Parish in Oberlin served as emcee for the bishop.

During the installation, Father Butkowski led the congregation in the profession of faith and pledged his fidelity to the teachings of the Church, promising to follow them. He and the bishop signed several documents making his appointment official. 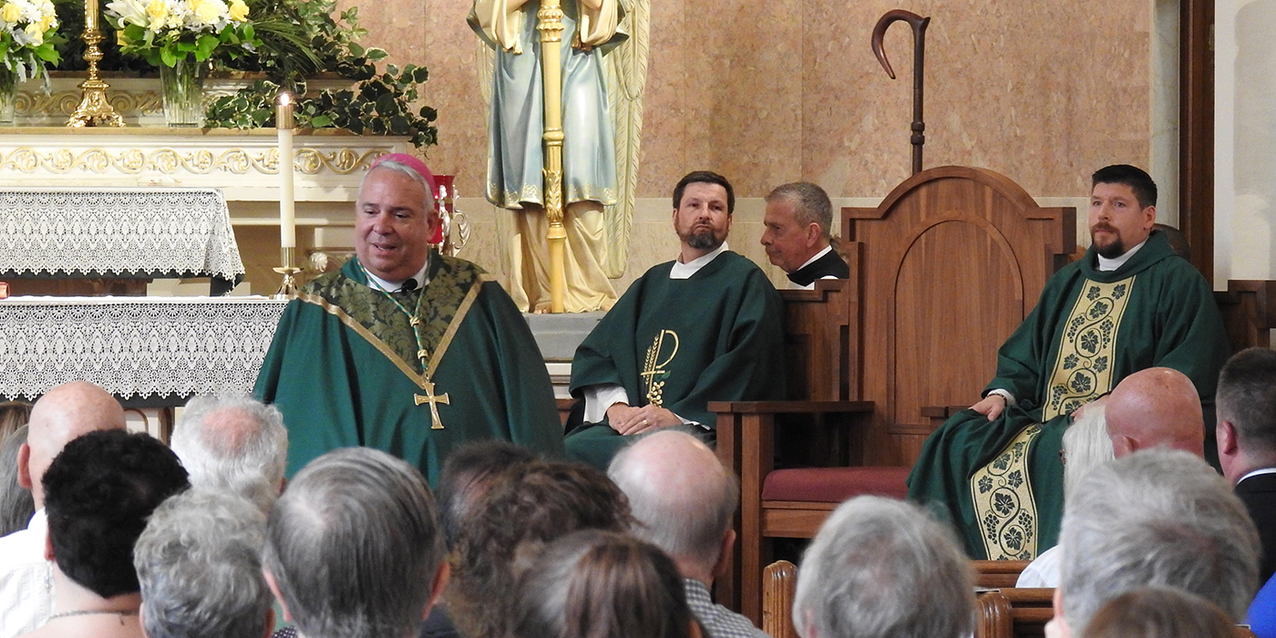 The bishop also acknowledged Father Butkowski’s parents, saying, “If it wasn’t for them, he wouldn’t be here today.”

In the homily, Bishop Perez told the congregation the Gospel may seem confusing. Jesus talked about striving to enter the narrow gate and said many will try to enter, but they will not be strong enough.

“You have to pick up your cross,” he said adding that sometimes our crosses or hardships are self-imposed. “A cross is not suffering for the sake of suffering. God didn’t make us to suffer. Jesus will lead us on the way of love,” he said, reminding the congregation that Jesus said there is no greater love than laying down your life for another. 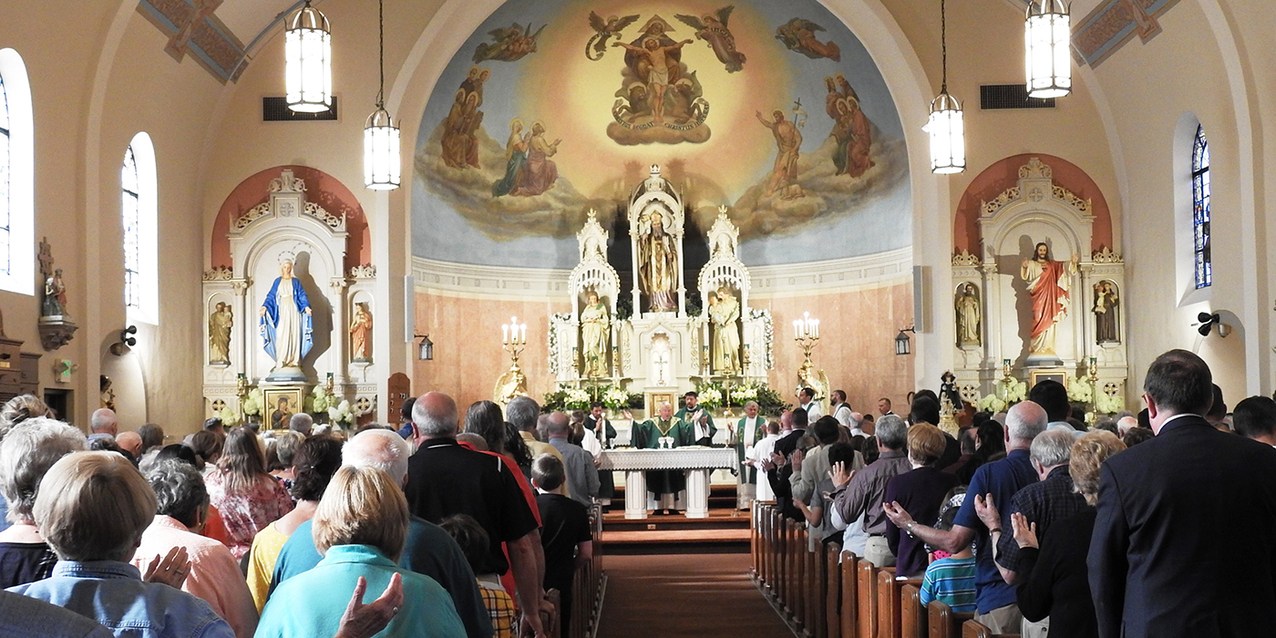 “What does love look like?” he asked. “That’s what love looks like,” the bishop said, as he pointed to a large crucifix hanging in the church. “Love is a man on a cross giving his life for others.”

He said in the beginning of the day’s Gospel, Jesus is walking toward Jerusalem – toward the cross, which is the narrow gate. He said the Jews were God’s chosen people and for many, that was enough. “But it’s not enough to enter the narrow gate; that means following Christ to the cross.”

Bishop Perez said as Jesus travels, he teaches and those who follow him will go to the cross. “The cross appears to be the end, but it’s really just the beginning,” he explained. 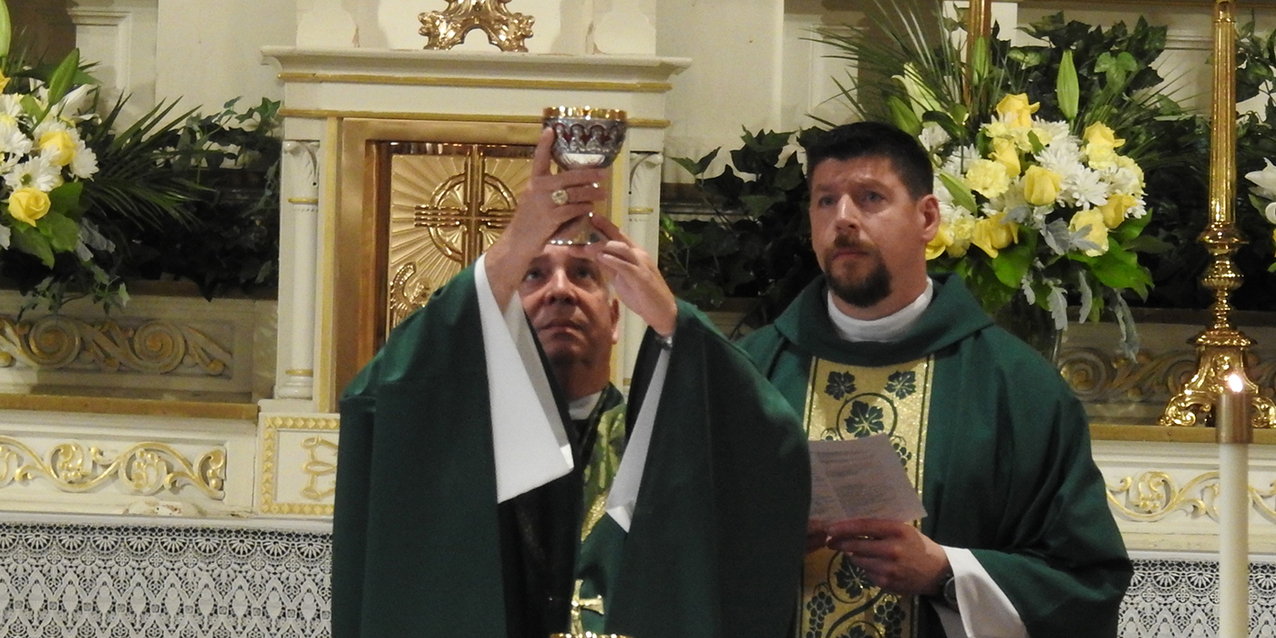 St. Adalbert Parish was founded in 1873. “Your parish is 146 years old. That’s a long time,” he said. “Nobody here remembers the first pastor. Father Keller – the 19th pastor -- was here for 35 years, but he left. People come and go, priests and pastors come and go, but what is constant is Jesus and the Eucharist,” the bishop said.

When he was ordained, Bishop Perez said he was told it could take 25-30 years before he became a pastor. It didn’t take that long and now priests become pastors much sooner. For Father Butkowski, who was ordained in 2011, it was only eight years.

“A pastor is here to serve and voice the needs of the community,” he said. “When I became a pastor I told the people that it’s not about me. I came with the ring of a phone and I’ll go with the ring of a phone.” He also told the congregation that he had two pet peeves when he was a new pastor. “Don’t tell Father Chuck that he has big shoes to fill and don’t tell him ‘this is the way we always do this.’ He has his own shoes and there’s more than one way to do something,” the bishop said. 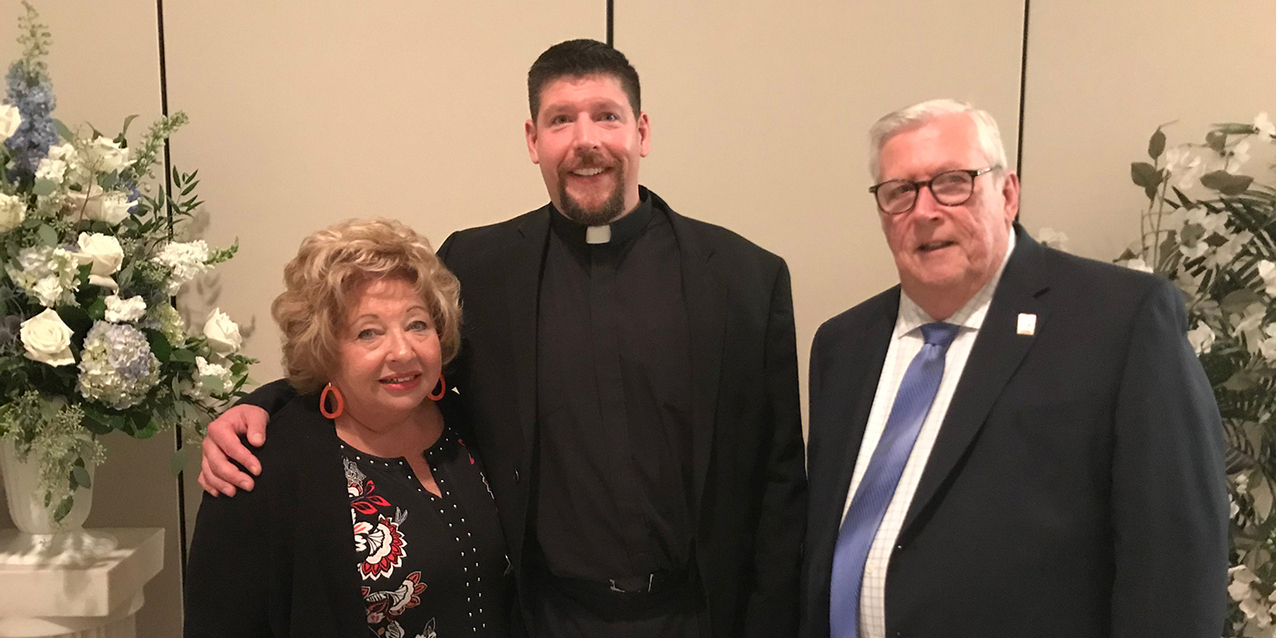 He also shared with the congregation some of Pope Francis’ thoughts on a parish, explaining that it is not an outdated institution. Instead, it can assume new contours depending on the flexibility of the pastor. It’s also the most immediate expression of the Church in a given area – in the middle of the homes of its sons and daughters.

“It’s a sanctuary where the thirsty come to drink in the midst of their journey,” he added.

“The people who built this beautiful church gave it to you as a gift. Be grateful to God when you gather to celebrate the Eucharist. Be grateful for that great gift that God gave you,” he said. 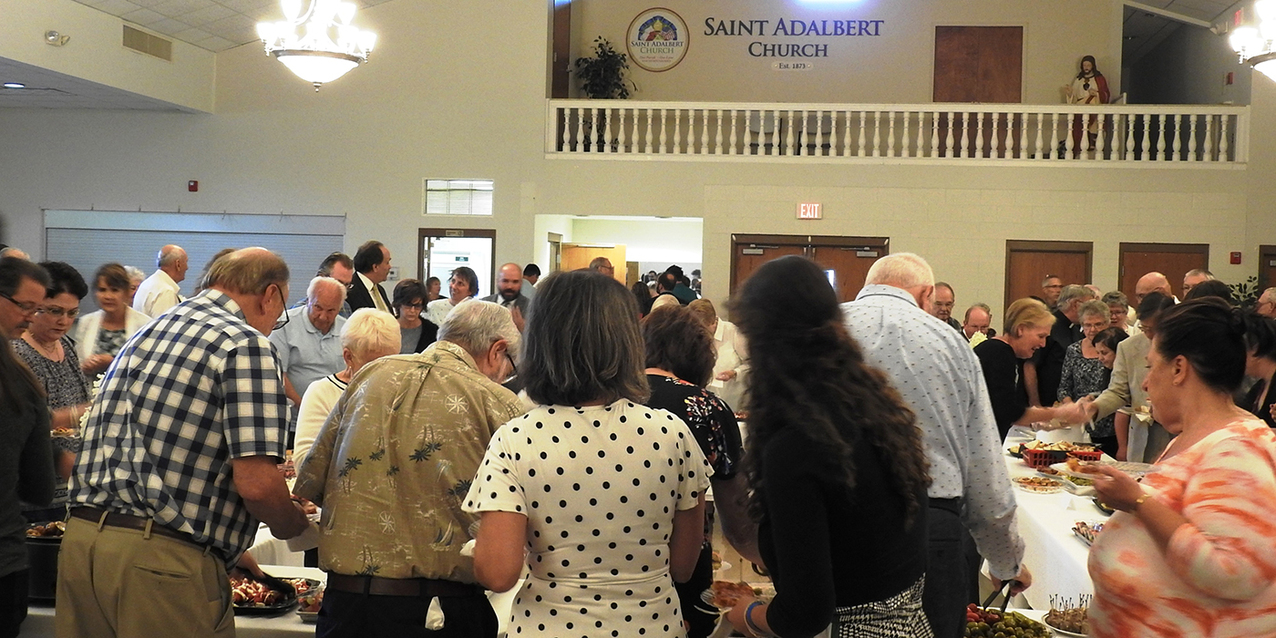 And, the bishop said, “take care of your pastor and be kind to him.” He also asked Father Butkowski to do the same for the parishioners.

After Mass, parishioners and guests moved to Keller Hall – which was named in Father Keller’s honor -- for a reception and fellowship.