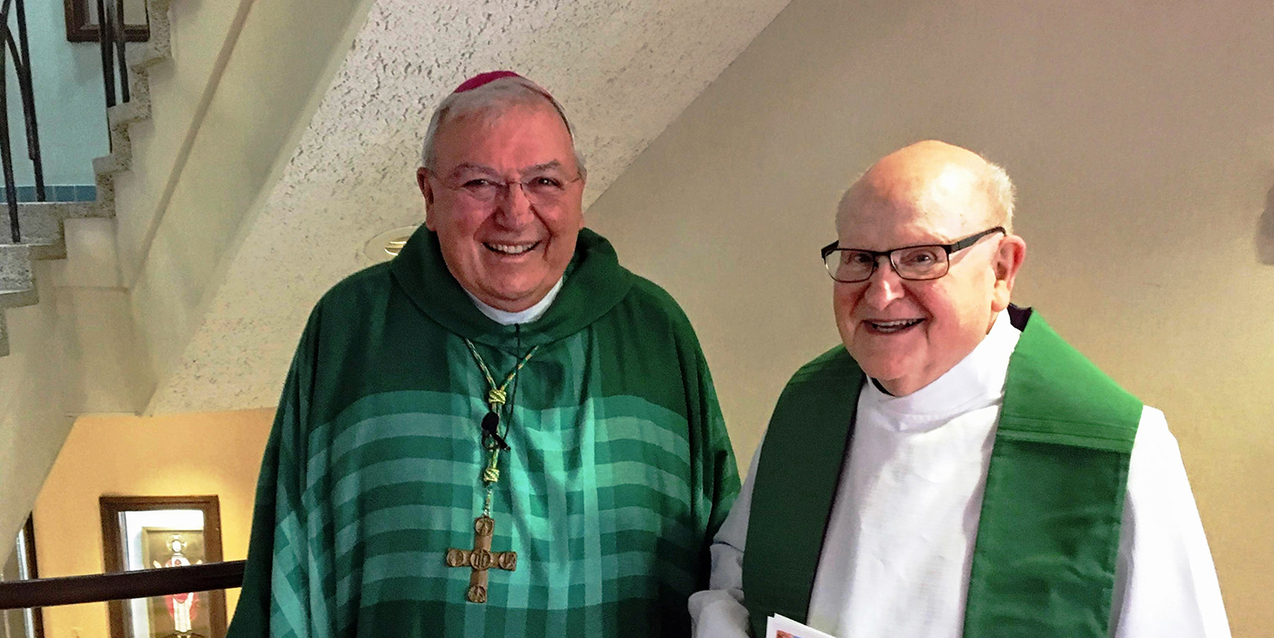 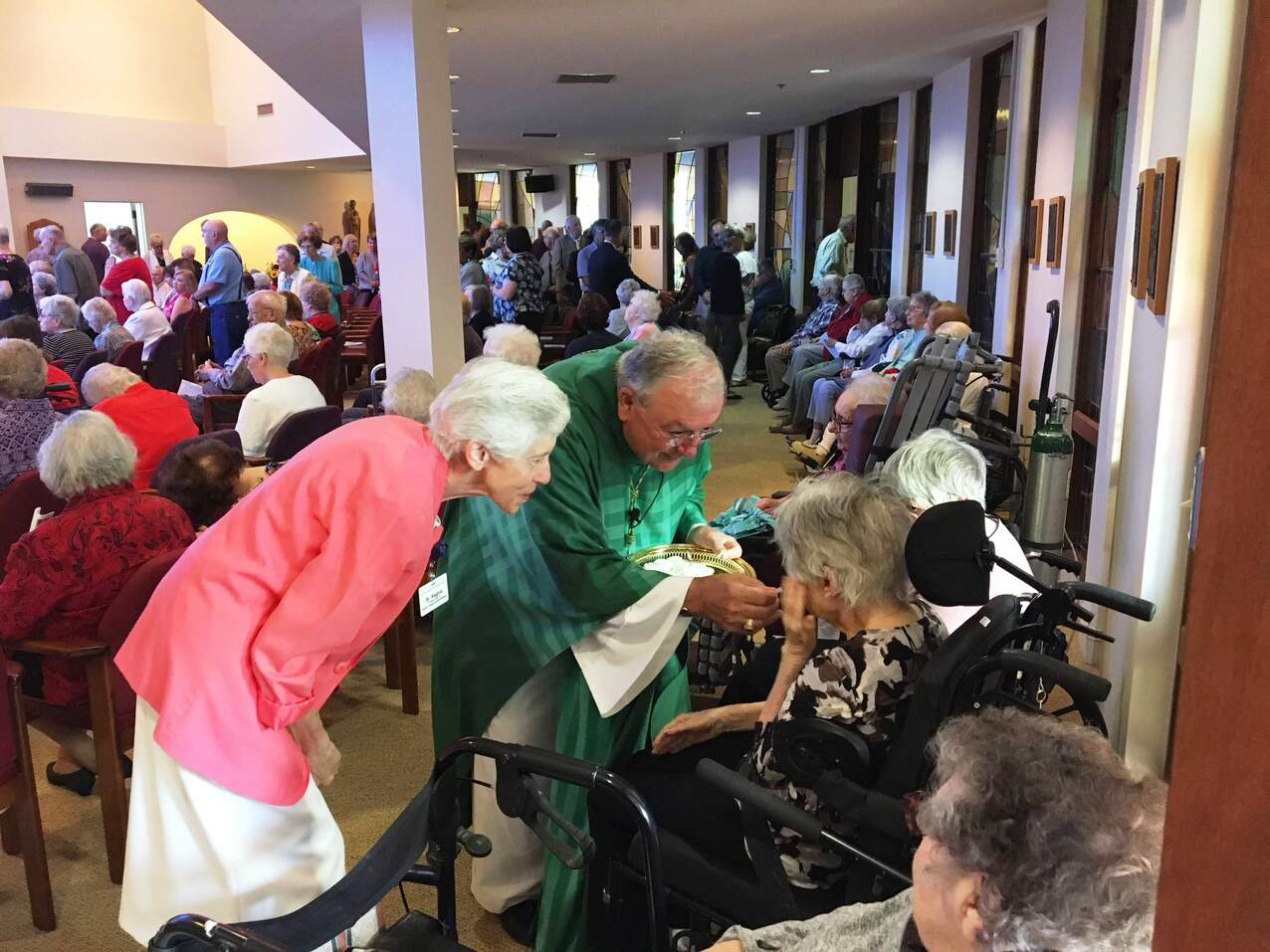 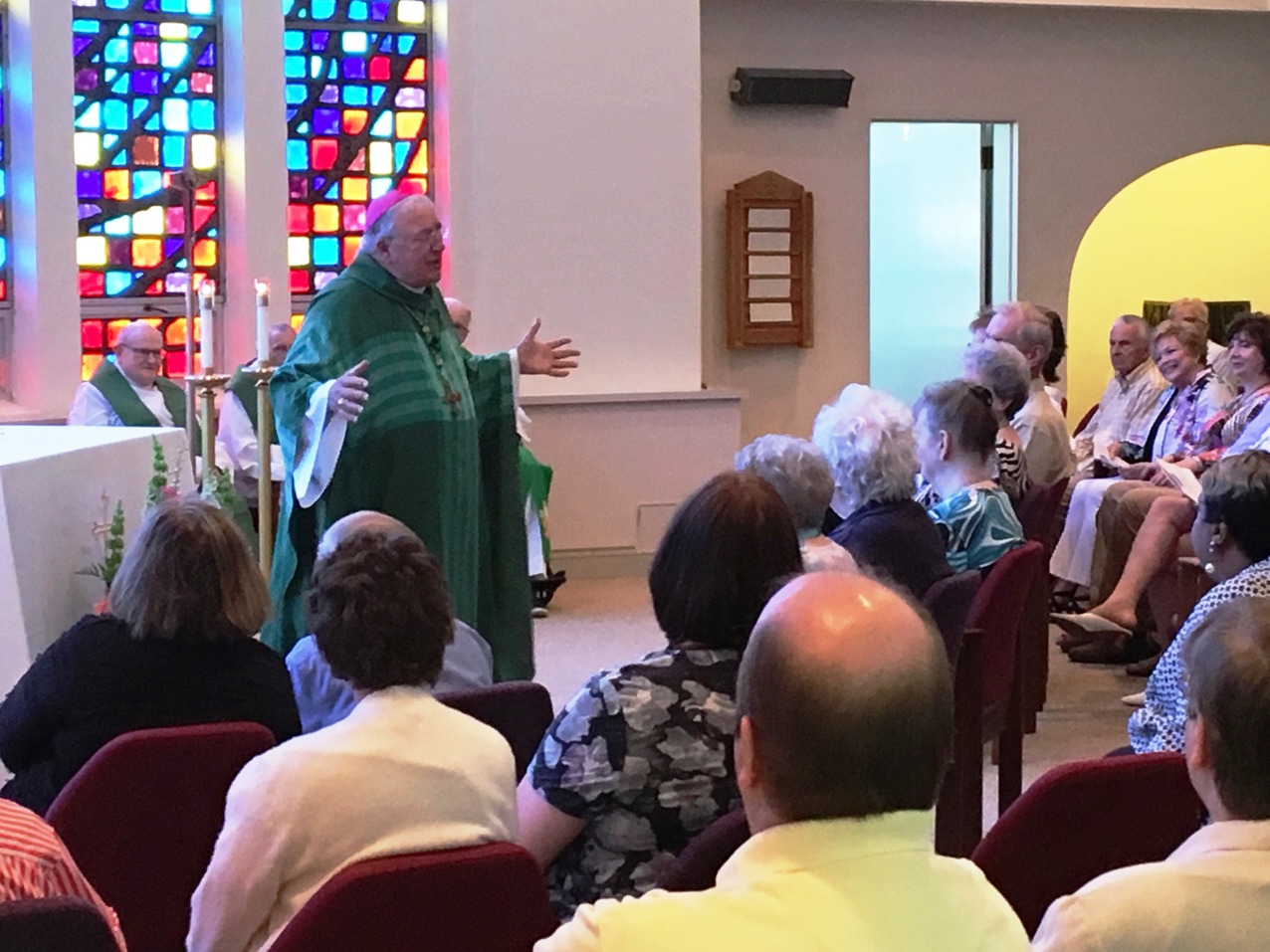 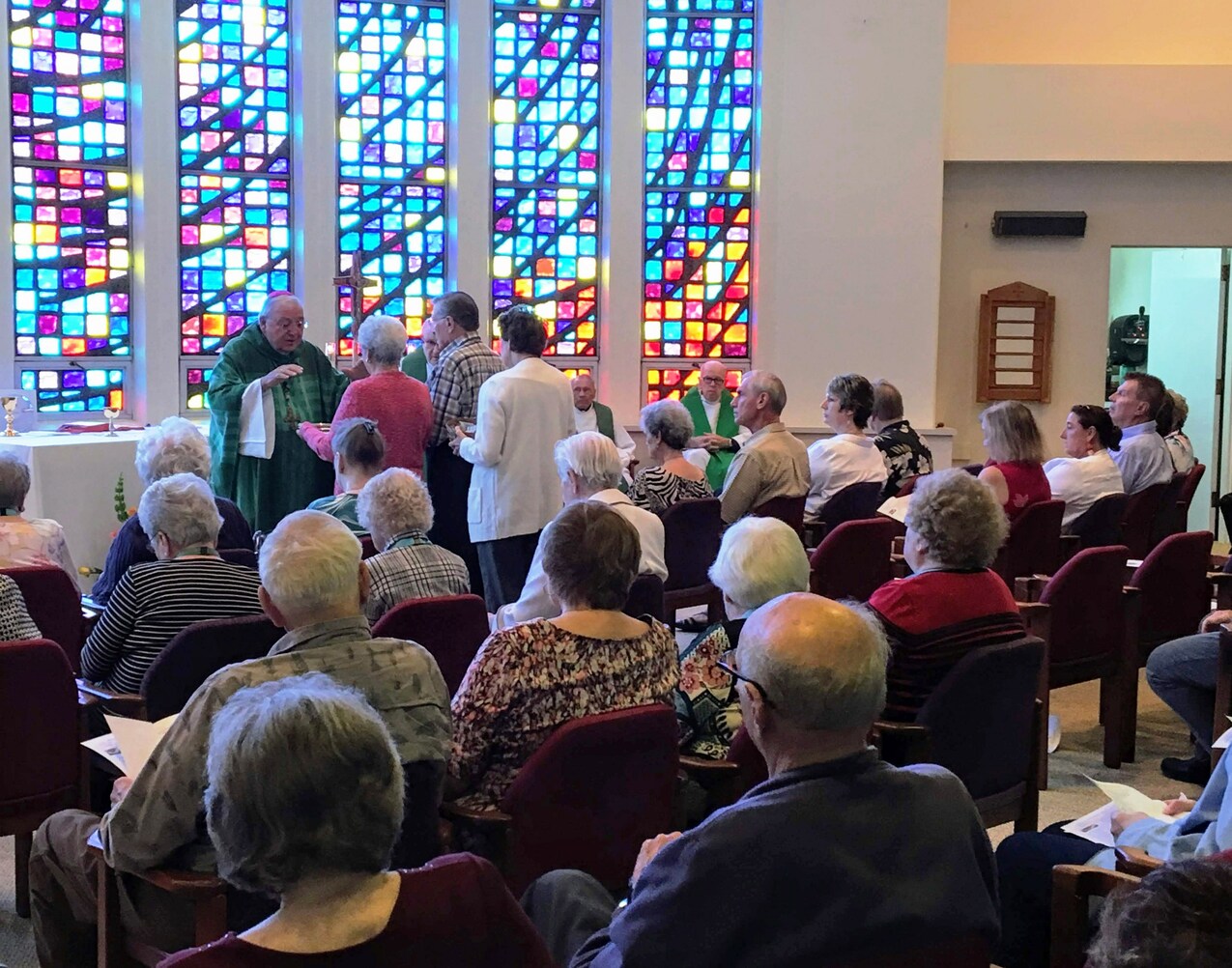 Bishop Roger Gries joined more than 100 people at Light of Hearts Villa in Bedford to celebrate the senior living facility’s 30th anniversary with a Mass and brunch on Sept. 1. Father Thomas O’Donnell, a resident of the facility, concelebrated Mass.

The 30th anniversary Mass gave thanks to all those who assisted in providing care to the residents and to the many donors who have supported Light of Hearts Villa throughout the years, enabling its mission.

Light of Hearts Villa serves 82 residents age 60 and older, providing independent and assisted living, short-term respite stays and memory care. The facility offers compassionate, faith-based, mission-driven and person-centered care individualized to meet the needs of residents and their loved ones.

A ministry of the Sisters of Charity Health System, Light of Hearts Villa provides Mass five days per week and daily rosary in the chapel.

It is rooted in the spirit and charism of St. Vincent de Paul and St. Louise de Marillac, who founded the first ministry to the elderly in the 1600s in France.

The Vincentian Sisters of Charity operated the all-girls Lumen Cordium High School (Latin for Light of Hearts) in the building from 1963 to 1987, when it closed due to declining enrollment. After closing the school, the sisters envisioned a new concept: offering independent and assisting living in a facility that was not connected to a nursing home. They knew there were seniors in need of such living arrangements whose health needed some monitoring but who did not require the level of care offered at a nursing home. They converted the former high school into an award-winning senior living facility.

In addition to apartments, the facility has a large dining room, multiple gathering areas, a spacious activity center and beautiful grounds. Light of Hearts Villa, 283 Union St., Bedford, is located on a 35-acre campus that borders the Cleveland Metroparks and Bedford Reservation’s walking trails. Breanne Cavileer is executive director

Click HERE for more information on Light of Hearts Villa.