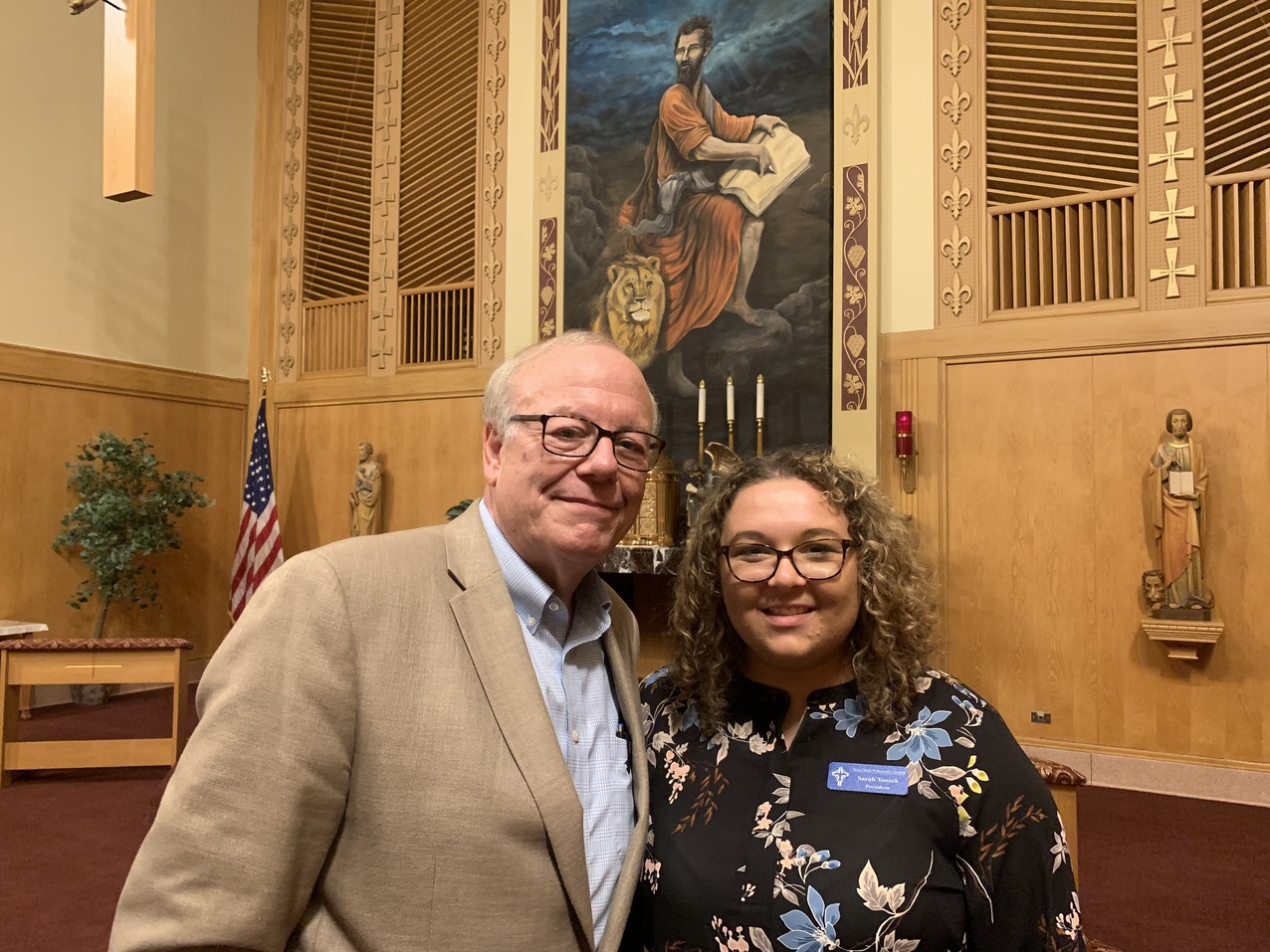 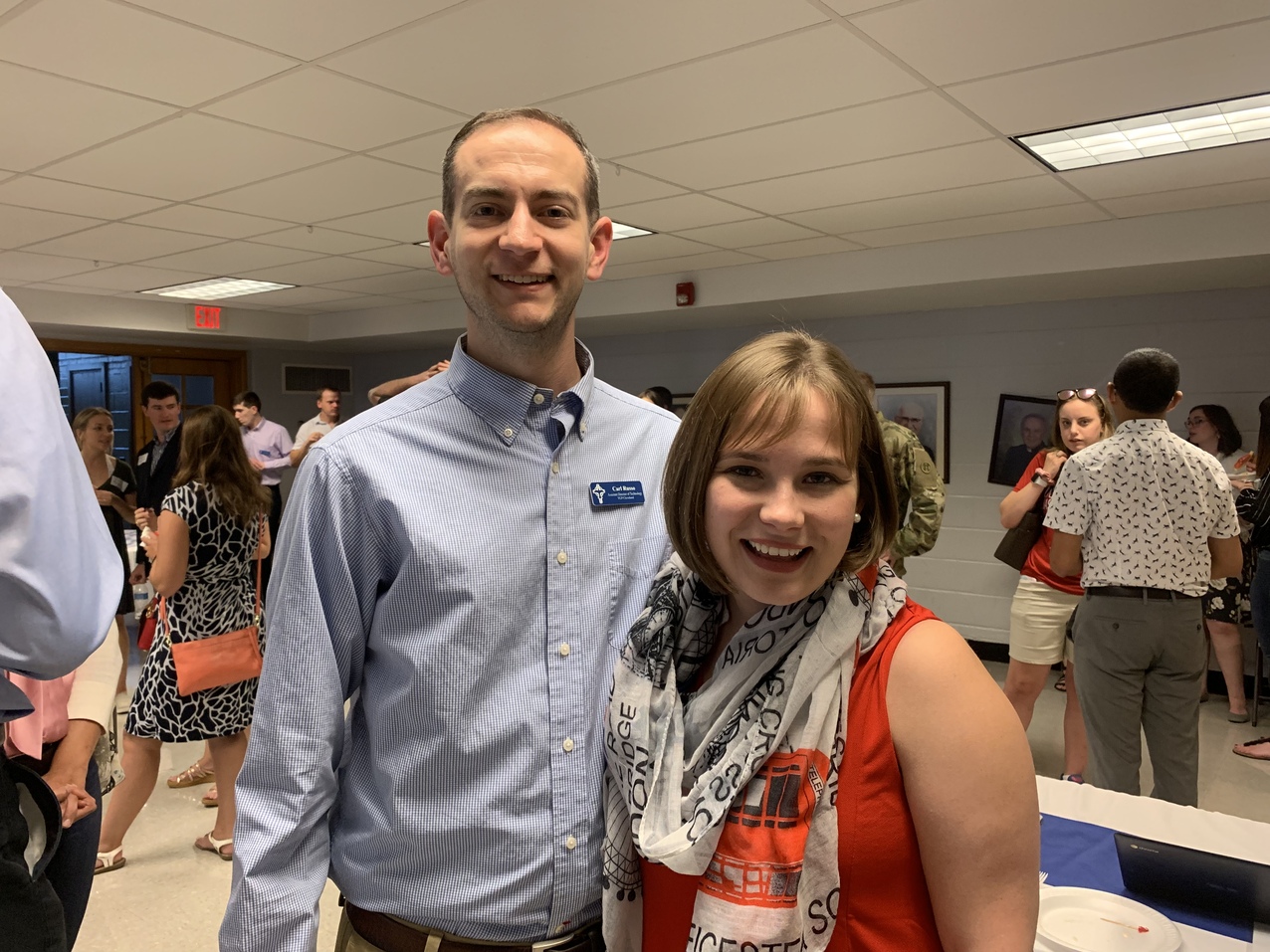 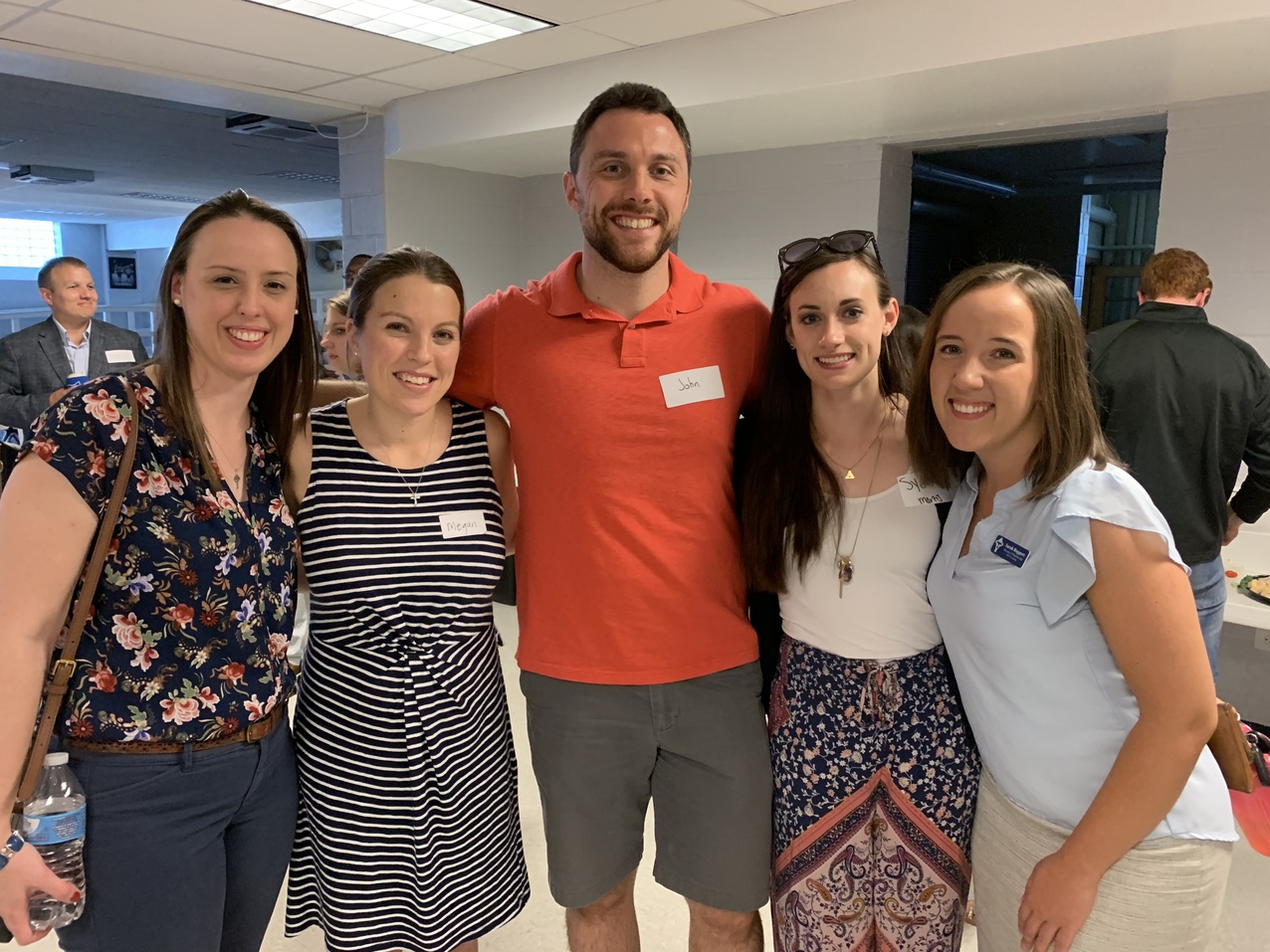 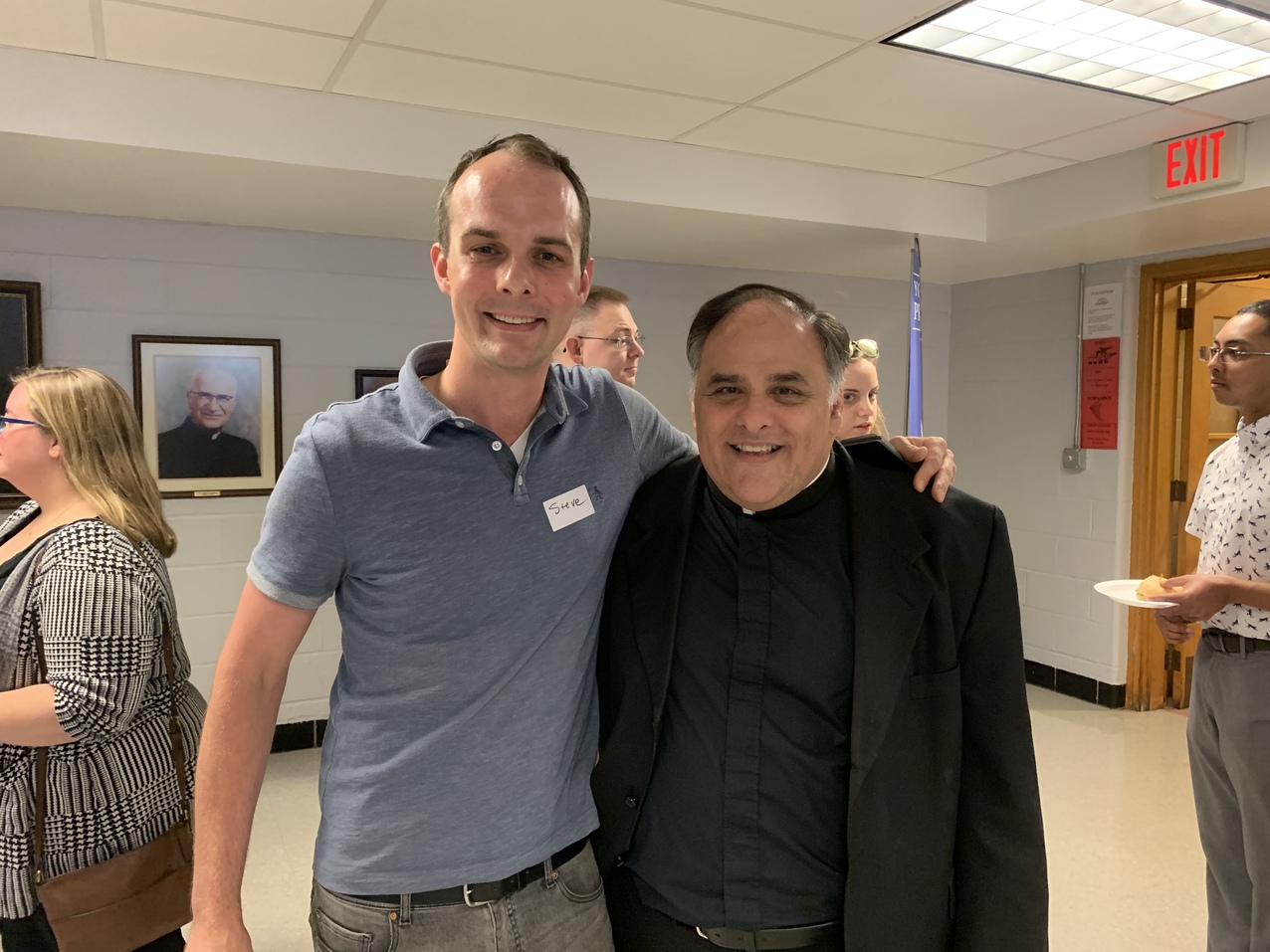 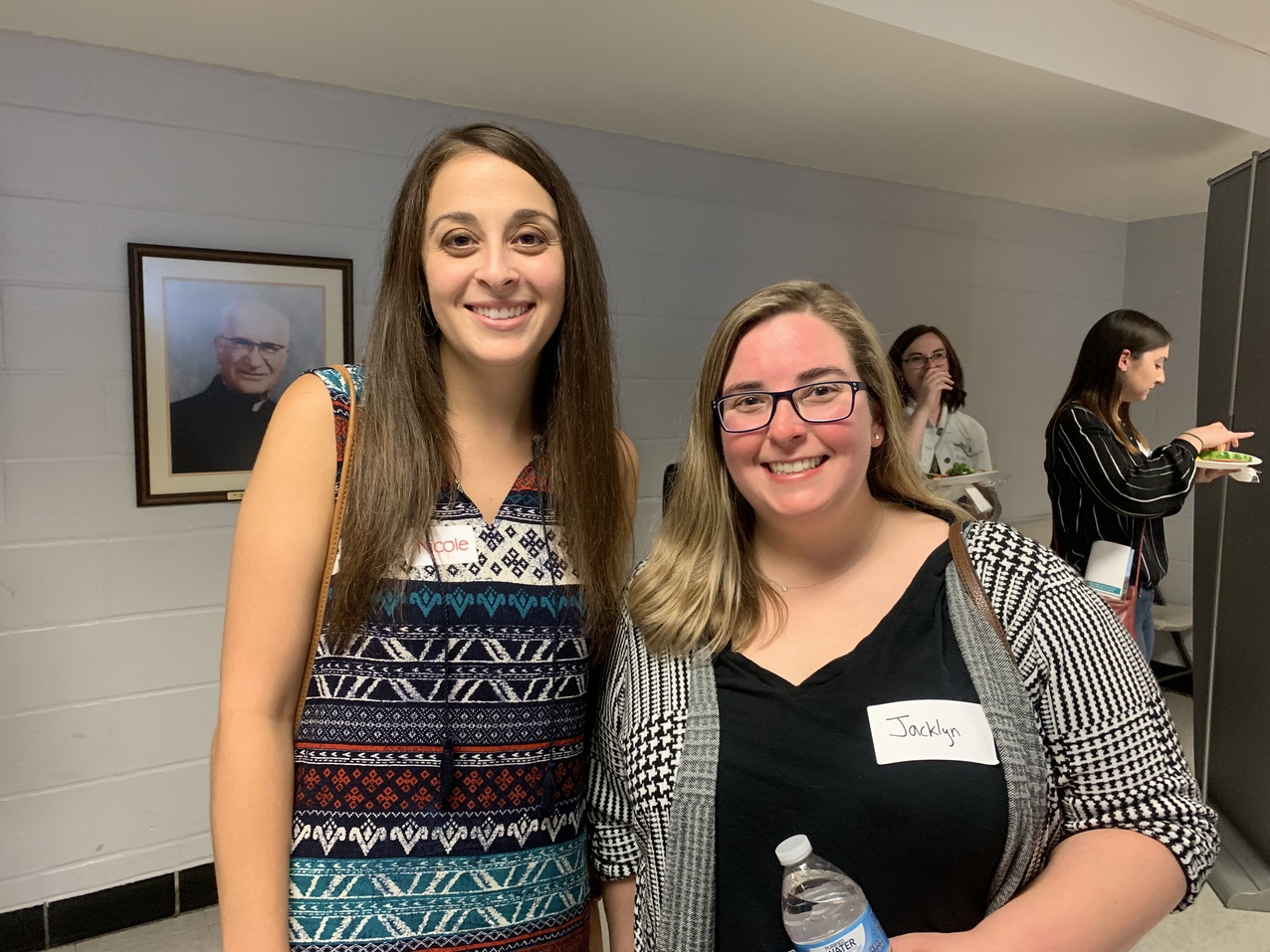 The Young Catholic Professionals Cleveland Chapter opened its fall Executive Speaker Series with a mentorship talk that not only incorporated faith but a voice reminiscent of many members’ summer and fall family traditions – baseball in Cleveland.

“Tonight we welcome the current public address announcer for the Cleveland Indians, Bob Tayek. For many of us in our 20s and 30s, we will forever cherish the sound of his voice as he rallies our home town to cheer for our most loved players as they walk up to bat,” said Sarah Yantek, president of the Cleveland YCP Chapter.

Tayek worked in broadcasting for 25 years and spent 20 years at the Catholic Diocese of Cleveland working in public relations. “This most revered voice who has served 20 seasons as the announcer has also climbed the corporate ladder while practicing the Catholic faith,” Yantek said.

“Father Previte’s catechesis shared how the apostles had an openness to follow,” Tayek said. “While I absolutely love baseball, it is how I opened my heart to let God lead that has shaped me to be an apostle for Christ while working in the field.”

He explained he has always tried to keep a “child-like faith,” referencing the Book of Matthew and how during his career progression he struggled, just like some of Jesus’ beloved apostles.

“You are all at different stages of your life and faith journey. I remember the struggles as I kept God and practicing my faith at the forefront of my life, especially early on in my career,” Tayek said.

He described tense office settings and daily situations with his first boss, who was Catholic but did not outwardly lead by faith within the workplace.

“To be disciples of Christ we must look beyond ourselves and look to others. We must treat any colleague with respect and allow grace and love to lead. After time, I realized that helped breed success.”

Tayek shared moments of his MLB experience with YCP members that gave an insider account of how the sport is communal and goes beyond oneself.

“On game days that fall on a Sunday, there is a Mass offered by Indians’ chaplain Father Gary Chmura inside the stadium. This is open to anyone on staff,” said Tayek who has gotten to know various front office staff and coaches through the Sunday worship.

“It’s just like meeting someone new during the sign of peace, I bet. Pretty soon, you start sitting in the same pew,” said one YCP member.

During the Q&A, Tayek shared that he often would think about St. Peter during difficult times in his career and younger life. He drew parallels to feeling like a failure and how St. Peter ultimately overcame mistakes he made.

He also highlighted two accomplishments during his time working at the diocese. Tayek helped launch what is now known as the Evening of Confession and he was in the office when four young women scheduled a meeting with diocesan officials to discuss developing a YCP chapter in Cleveland.

“It is so great to see all of you here today. The vision of those four young women is now a living, breathing reality. Continue to work in witness for Christ and lead with God,” Tayek said.

The YCP leadership team collaborates with a board of directors to develop monthly programming, mentorship opportunities and techniques for spiritual and professional growth within the workplace.

The next Executive Speaker Series program at 6:30 p.m. Oct. 8 will feature Tim Needles, president and CEO of Onix Networking Corp. It will take place at St. Clement Parish in Lakewood.