“I can’t help but reflect on the heroism that was reflected in those dark hours on Sept. 11, 2001,” Father Joe Mamich said during the fifth annual Prayer Service for Safety Forces and First Responders on Sept. 18 at St. Joseph Parish in Strongsville. He recalled the hundreds of emergency personnel who lost their lives trying to help others.

“Those were some of the brightest lights that shone in the midst of all that darkness – just like the brightness of you who serve today. This gives witness to your own dedication and strength,” said Father Mamich, St. Joseph pastor and chaplain for the Strongsville Police and Fire Departments. “You remain strong and steadfast. You go into places that others want to leave. You show you are heroes and you show your strength. You may bristle at being called heroes, but that’s what you are.” 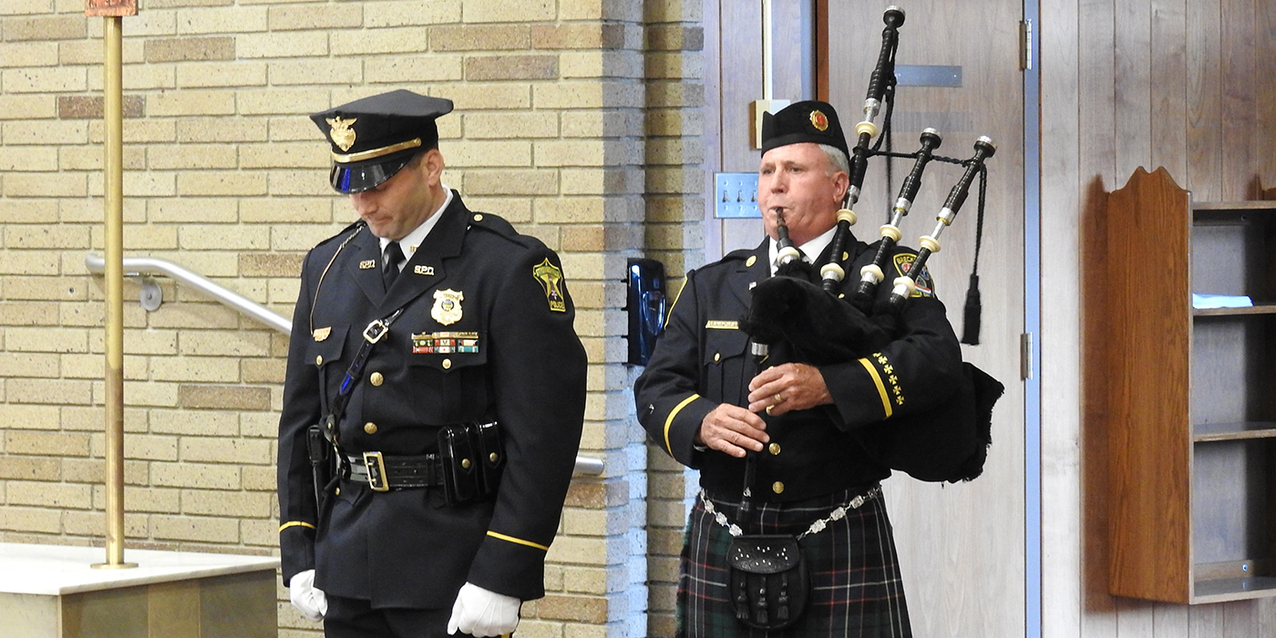 “You’ve been chosen by God as you undertake your service. God asks/chooses you and commissions you to help others and he walks with you,” Father Mamich told the emergency personnel at the service. He also said their service does not come without a cost.

“You undergo constant training. Sometimes people can be difficult and you have demands placed on you during each shift. When you kiss your loved ones goodbye as you leave for a shift, you know you may not come back home after the shift. But you do it – you serve -- because you were called/commissioned by God and he gives you strength. We thank you today for your service and we thank your families. We pray with and for you today and we thank you for your dedication, heroism and strength,” Father Mamich said.

Strongsville Mayor Tom Perciak recalled the readings at the service and noted how they applied to the first responders. The first reading, which was from the Book of Joshua said, “Be strong and courageous. Do not be afraid; do not be discouraged, for the Lord your God will be with you wherever you go.” And in the second reading, from St. John, Perciak said we’re reminded that there is no greater love than to lay down one’s life for a friend. 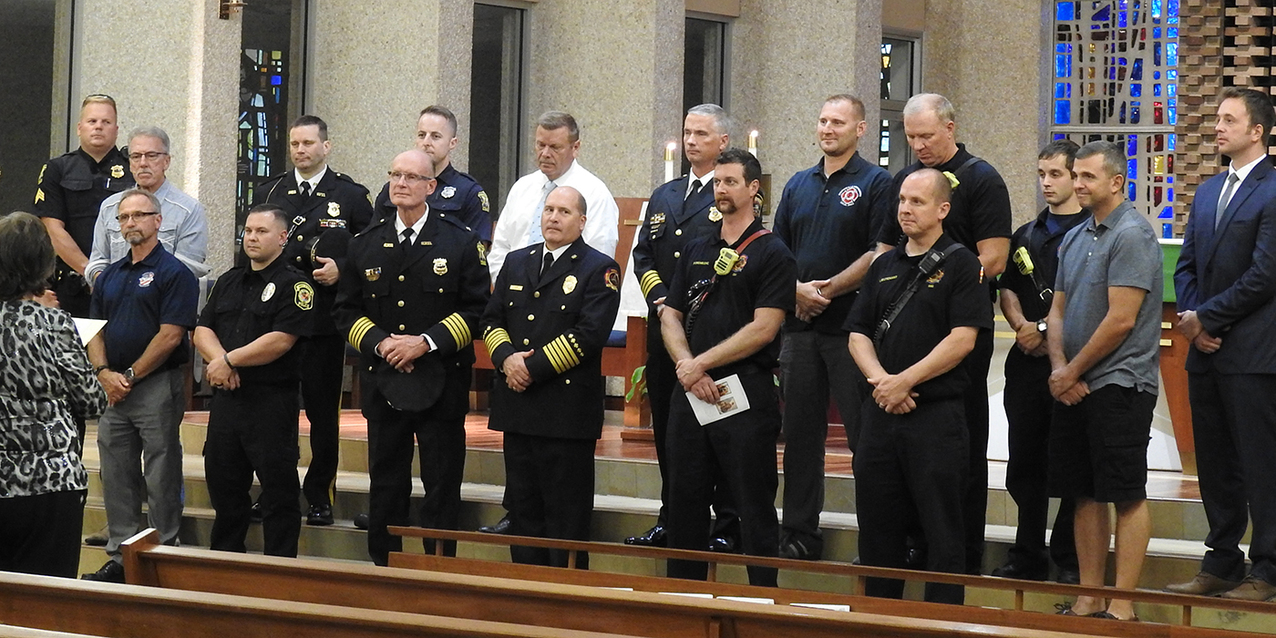 “As first responders, you’re called to do that. But you never know when that moment will come. Thank you for all you do for this community of Strongsville. You provide a better life for all of us,” he added.

About two dozen emergency personnel including police officers, firefighters and dispatchers – mainly from Strongsville – attended the service. Father Mamich said there were others from Maple Heights, Independence, North Olmsted and Stow in attendance, also. 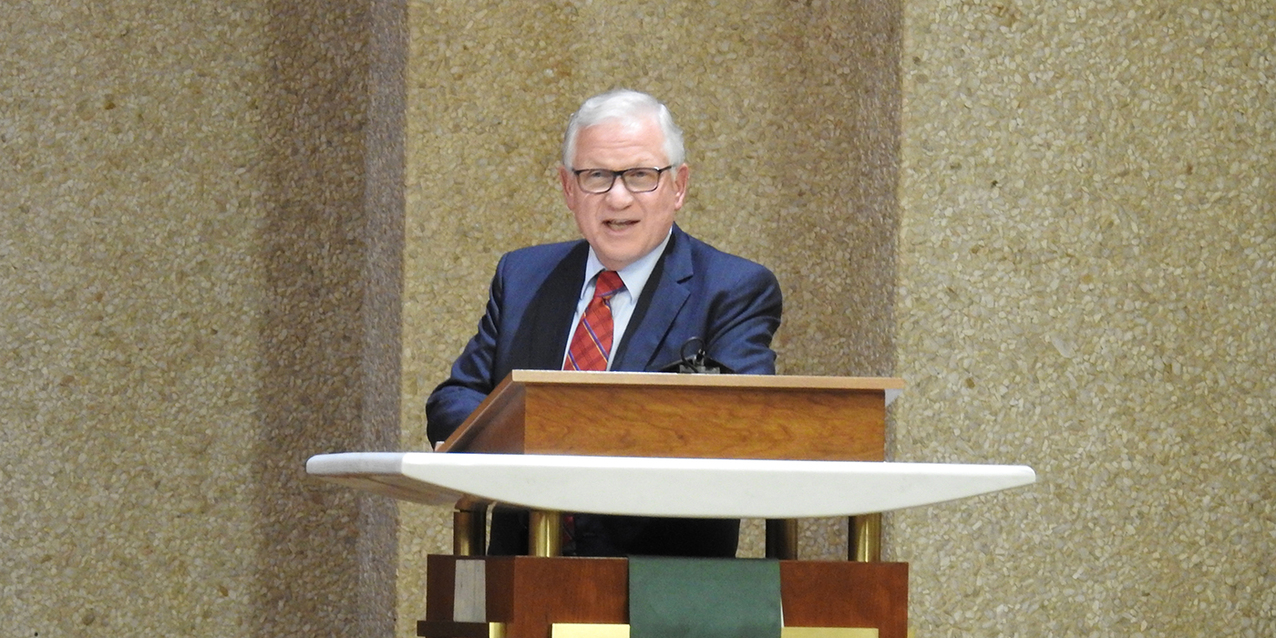 The service included a bagpipe processional featuring a piper who is retired from the Brecksville Fire Department, presentation of the colors, greeting, opening prayer, readings, responsorial psalm, intercessions, a blessing over the safety forces, a blessing of their families, remarks and a closing prayer.

Father Mamich thanked parishioners Pat Pell and Bob Stagmaier who helped organize the event, Joe Menkhaus, a seminarian who is assigned to St. Joseph Parish, the Rev. Heidi Denman McDougall of Strongsville United Church of Christ and Father Bob Kraig, retired pastor of nearby St. John Neumann Parish in Strongsville, who participated in the service. 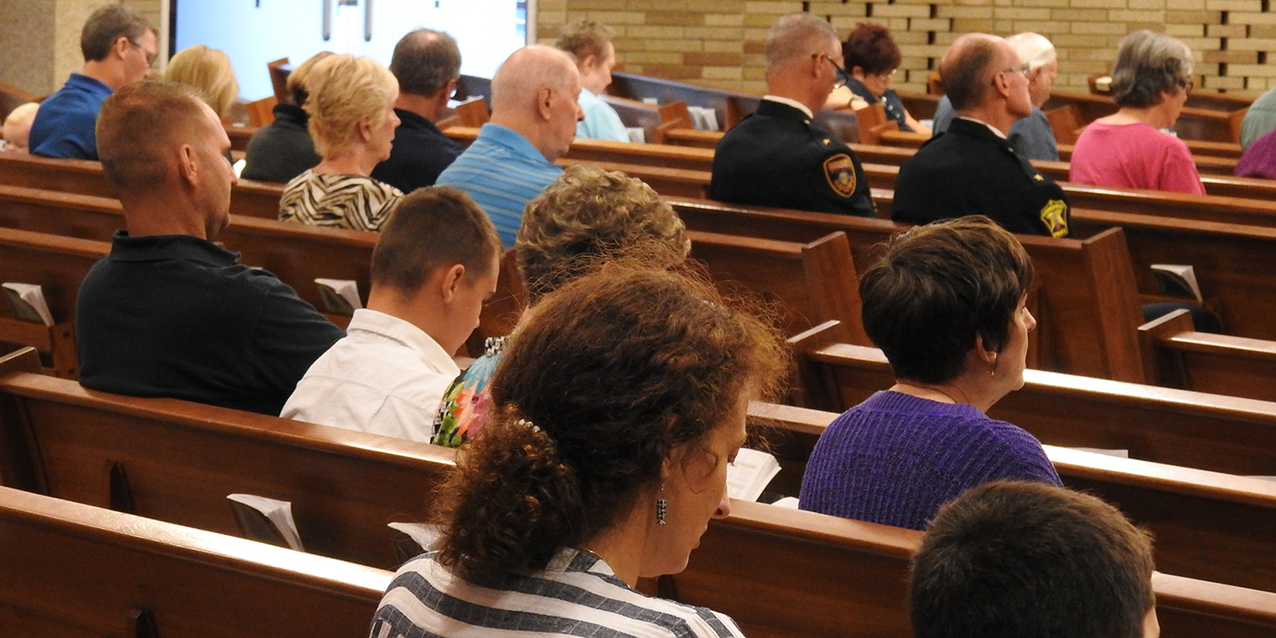 A reception in the parish hall followed the prayer service. The police, firefighters and EMTs who attended were given prayer cards made by first-graders at St. Joseph and John School. A piece of Life Savers candy was attached to each card because, as Father Mamich said, “that’s what you are – lifesavers.”