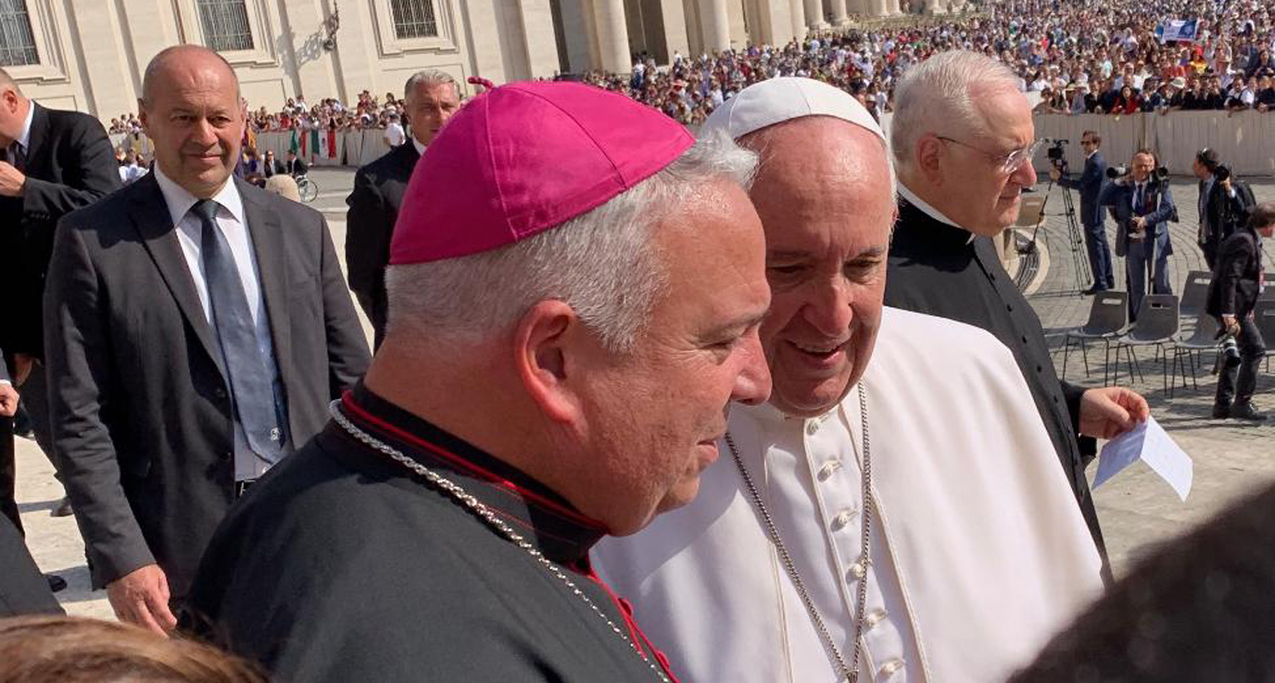 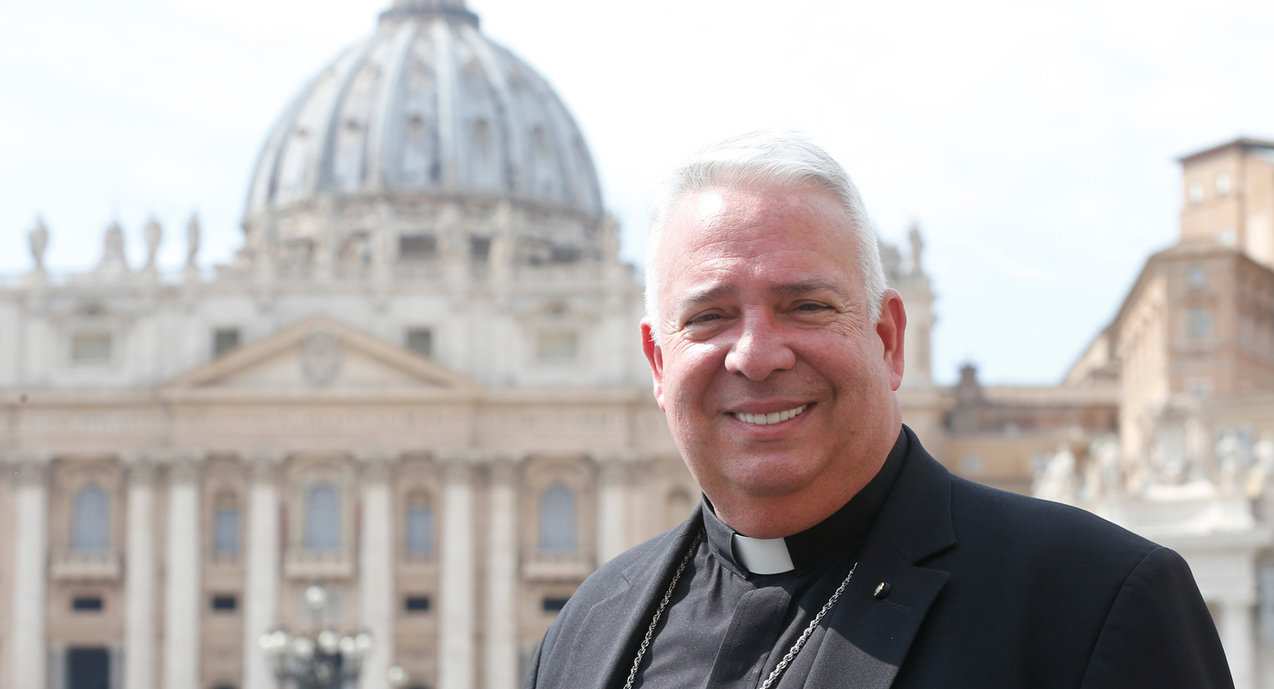 Bishop Nelson Perez, chairman of the United States Conference of Catholic Bishops’ Committee on Cultural Diversity in the Church, was part of a 15-member delegation from the United States that was in Rome this week to present a report on V Encuentro to Pope Francis. Los Angeles Archbishop Jose Gomez, USCCB vice president, Detroit Auxiliary Bishop Arturo Cepeda, chairman of the USCCB Subcommittee on Hispanic Affairs, and Bishop Perez led the delegation that also included lay people who were involved in the yearslong Encuentro process. They were in Rome Sept. 13-18.

“I’ve really enjoyed the trip,” Bishop Perez said, adding that it included many meetings and much discussion about V Encuentro – the fifth Encuentro -- which was convoked by the bishops in 2013. V Encuentro began with a process of listening and questioning how the Hispanic presence can be better served and how it can serve the Church and country better, he said.

After a grassroots beginning on the parish level, V Encuentro progressed to regional sessions and culminated with a national meeting in September 2018 in Grapevine, Texas. More than 3,000 delegates and 125 bishops were in attendance. An estimated 1 million Catholics were involved in the Encuentro process on the parish, diocesan and regional levels during the two years before the national meeting last fall.

While in Rome, Bishop Perez also was interviewed by CNS and said that he told Vatican officials “how excited people are to ‘actually be missionary disciples’ going to places Pope Francis has called ‘the peripheries.’ People have been going to places where the Church isn’t always present, like prisons and street corners, and to those who may feel disenfranchised, like young people and undocumented workers,” he told CNS.

“I think the fact that we’re a delegation of 15 people here, and that we’re talking about the Encuentro as an incarnation of ‘The Joy of the Gospel’ at the very heart of the American Church, says something,” Bishop Perez said, referring to Pope Francis’ 2013 document Evangelii Gaudium, often seen as the Magna Carta of his papacy,” Bishop Perez said in an interview with Crux.

“The fact that we’re even here is a witness,” he said.

The materials the delegation shared offered a summary of the challenges, opportunities, recommendations and successful practices when it comes to pastoral care and accompaniment of Hispanic and Latino communities in the U.S. and their call to be missionary disciples, Bishop Perez said.

The stories can be translated into Spanish or other languages by clicking on the “select language” box at the lower right corner of page.