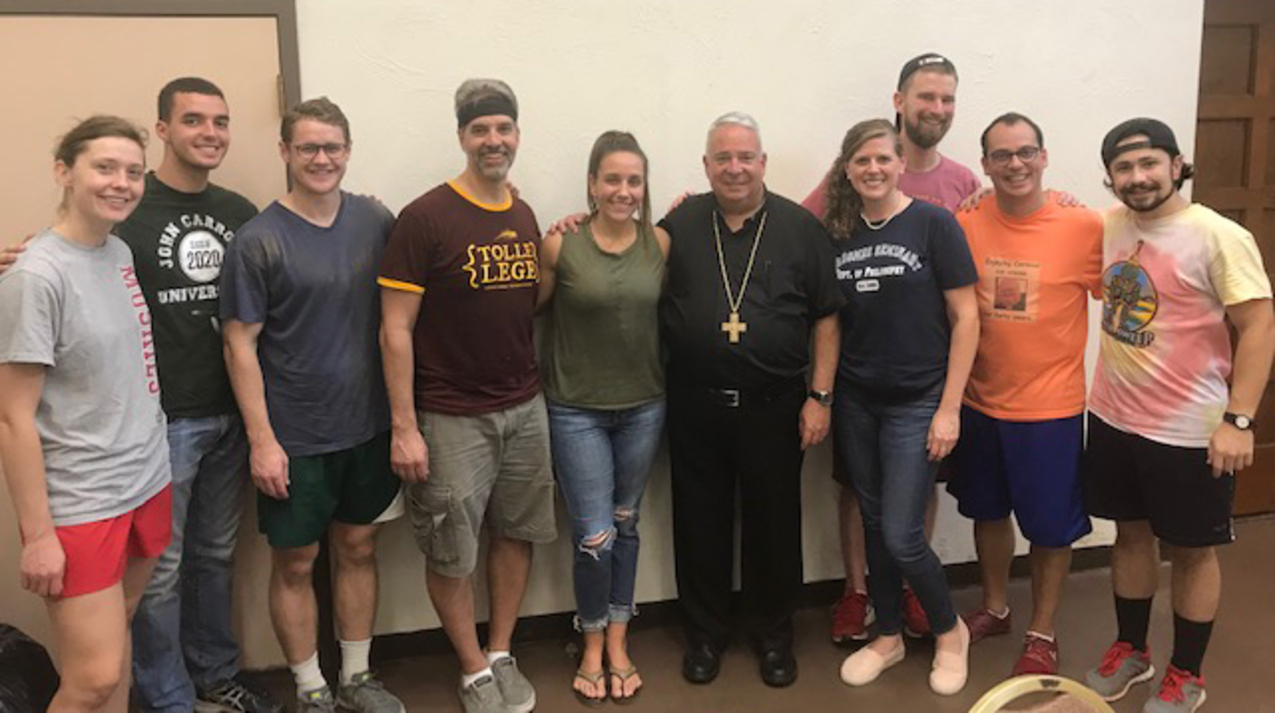 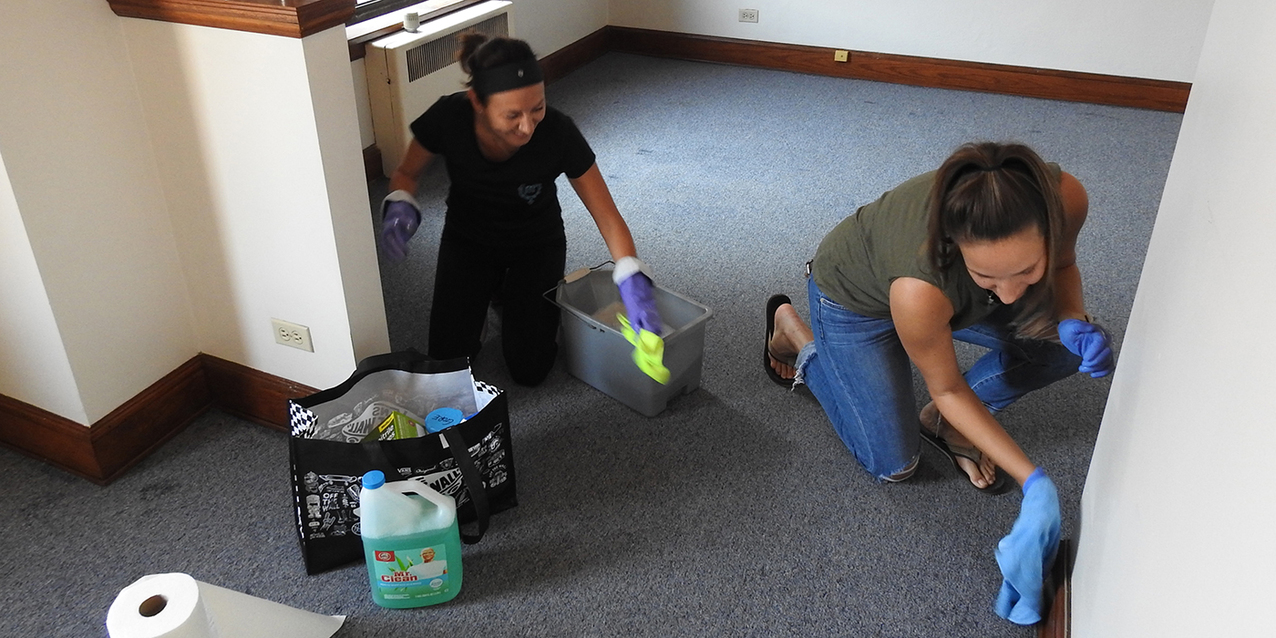 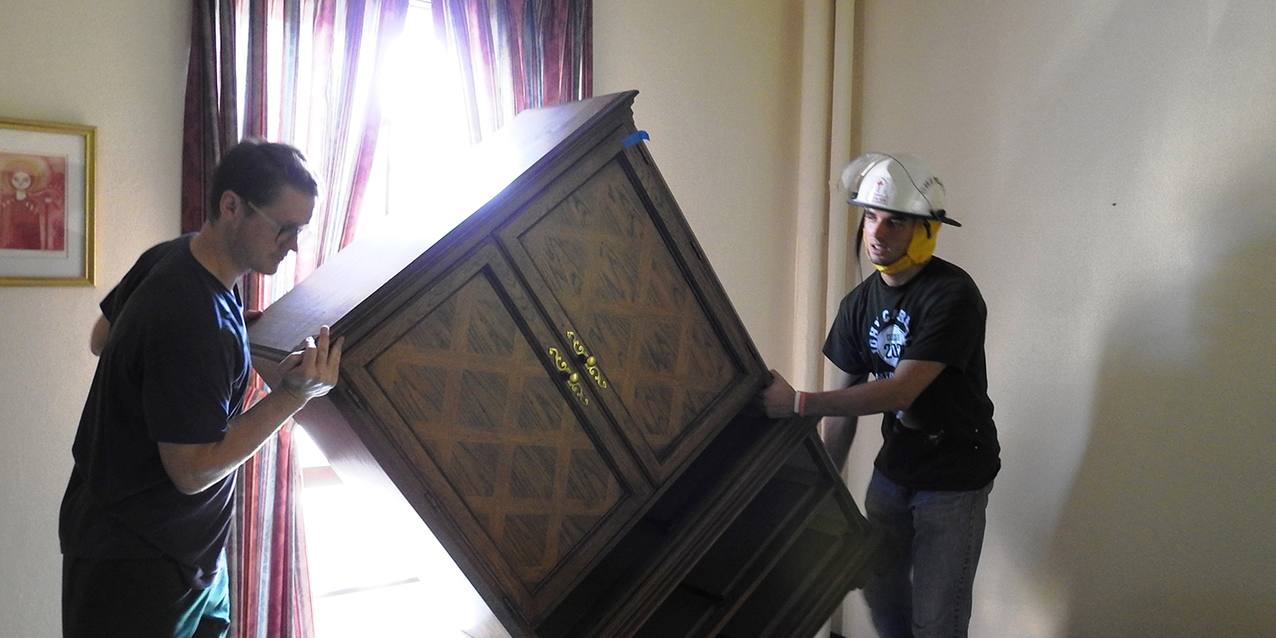 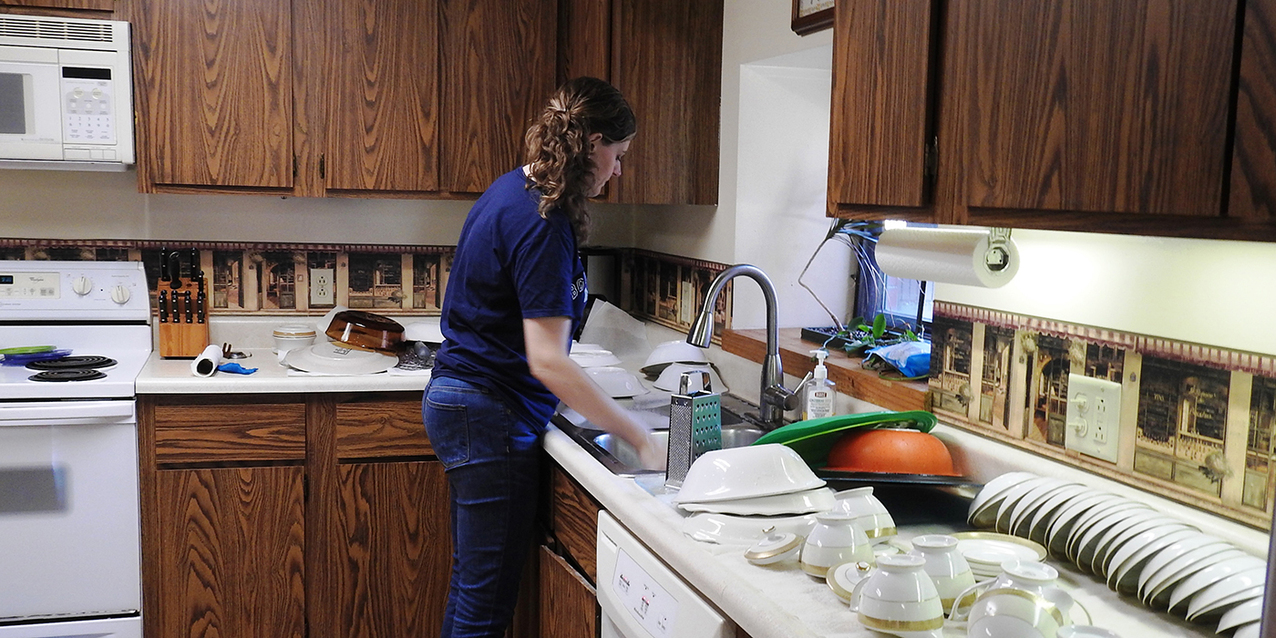 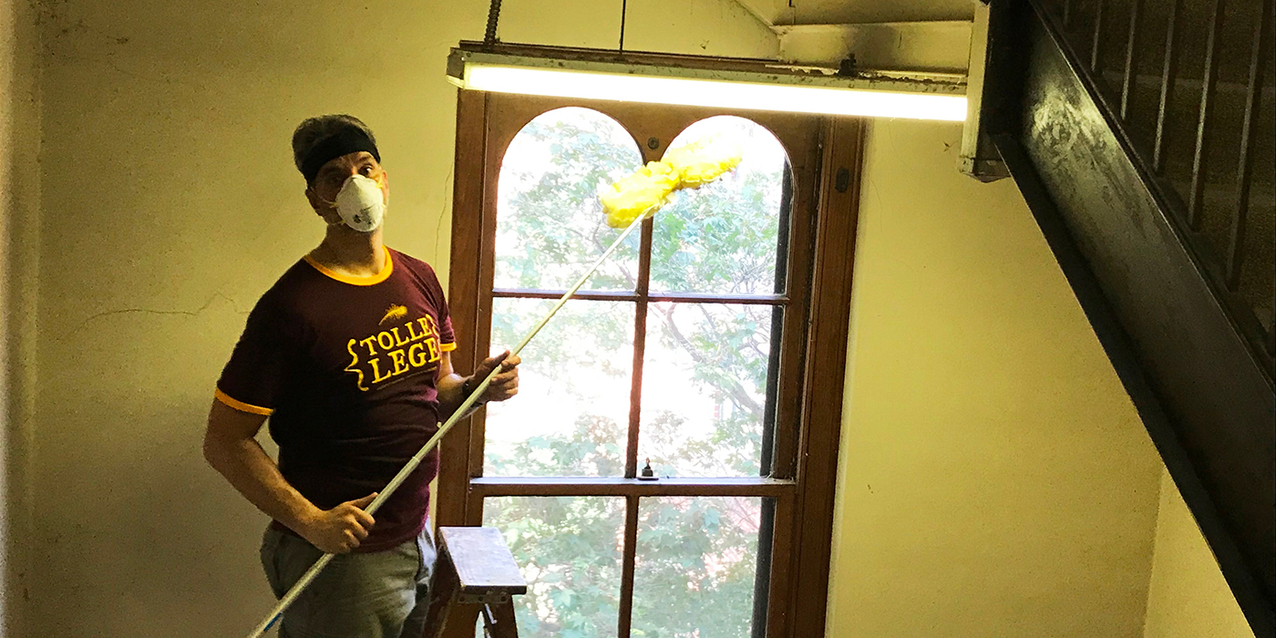 The large, sturdy brick building behind Our Lady of Angels School in Cleveland’s West Park neighborhood is getting new life. It most recently served as the parish rectory and offices and has been empty since the new rectory/office building opened two years ago.

But beginning next month, the structure will house five missionaries from The Culture Project. The group was invited to serve in the Catholic Diocese of Cleveland by Bishop Nelson Perez.

The Culture Project is an initiative of young people whose mission is to restore culture through the experience of virtue. They believe in upholding the dignity and potential of every human person, especially in regard to sexuality.

The five missionaries who will work in the diocese are expected to move into the building in October. To help prepare the space for the new residents, a group of seminarians, young adults, priests and others from across the diocese spent much of the day on Sept. 21 dusting, vacuuming, washing walls and windows and moving furniture in the upstairs bedrooms.

Another crew worked downstairs in the large kitchen washing dozens of dishes and glassware. They also sorted unneeded items that will be donated.

Father Oleksiak said before the building was OLA’s rectory/office, it served as the novitiate and provincial house for Franciscan friars in formation. The Franciscans had a seminary/formation program on what is now the OLA property from the early 1900s until the 1970s. The seminarians and later men studying to be Franciscan brothers lived in the house.

The Franciscans operated OLA Parish until about 30 years ago when the diocese took over. Father Russ Lowe, who was appointed OLA pastor in 2013, is the third pastor since the parish came under the auspices of the diocese.

Father Oleksiak said part of the building once served as the stables for the friars in their early years on the property. Later the space was remodeled for use as a large kitchen and dining area. He said the building is connected to the parish church by a long corridor, but it wasn’t practical to continue using and maintaining such a large building since only one priest lives at the parish now.

Another large adjacent structure was repurposed as senior citizen apartments a number of years ago.

The space that will be used by The Culture Project will include five bedrooms for the missionaries, two guest rooms, office space, kitchen, dining room and a chapel.

For more information on The Culture Project or to schedule a program for a parish, school or organization, Click HERE.