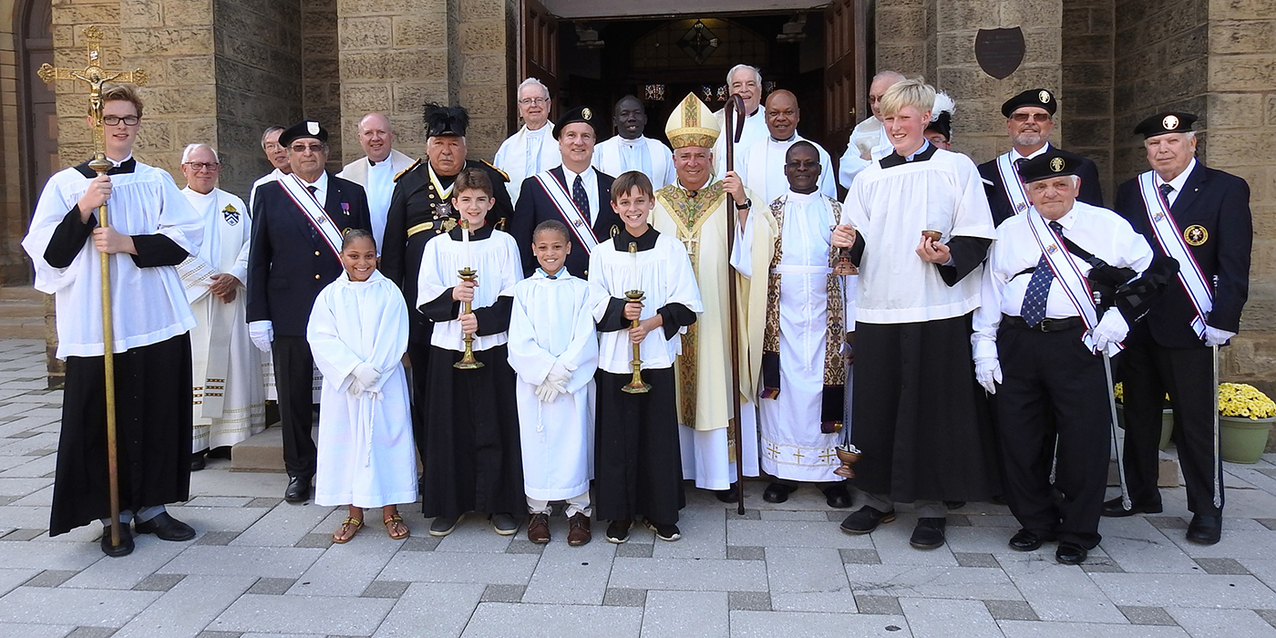 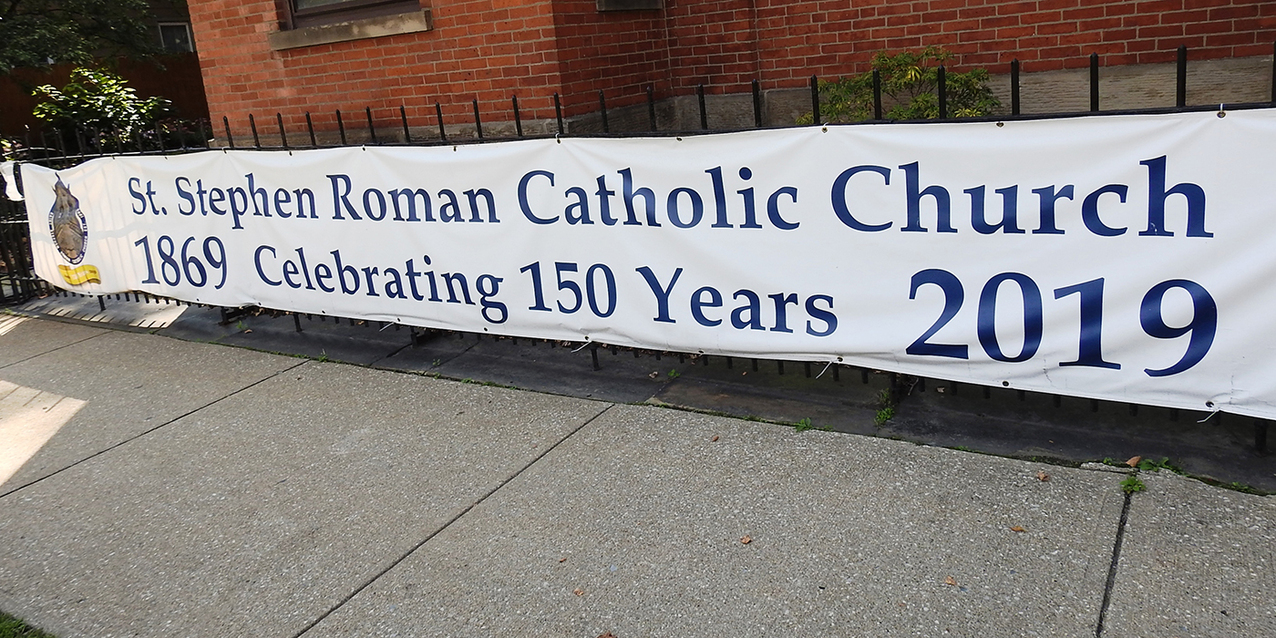 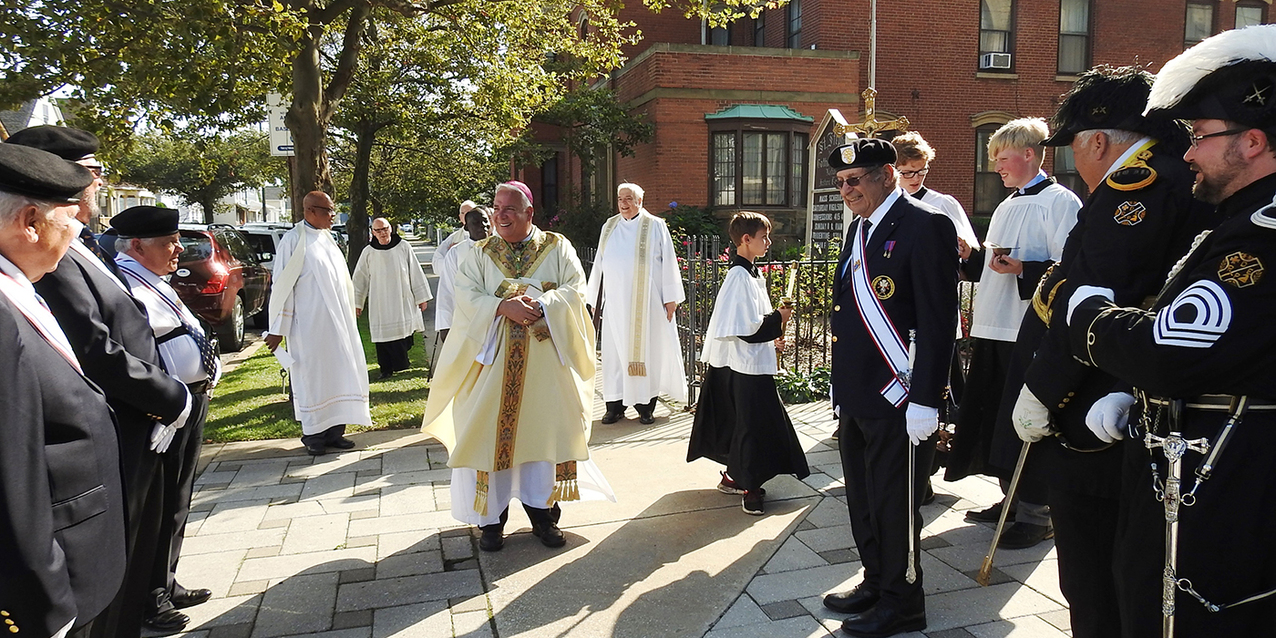 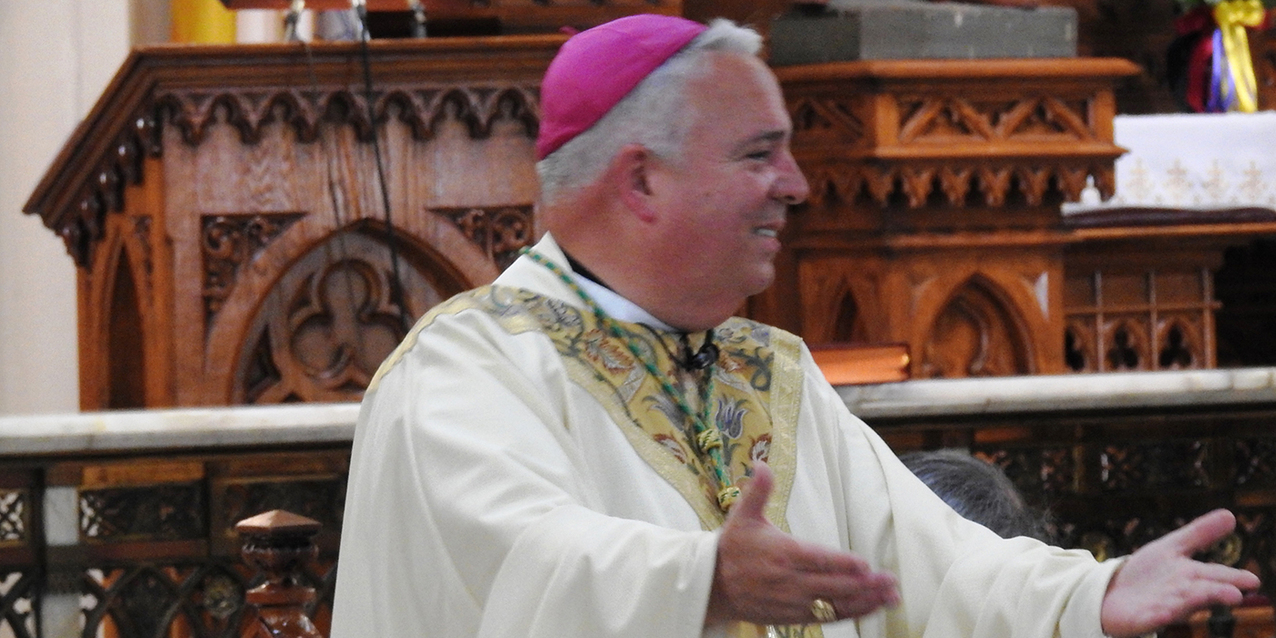 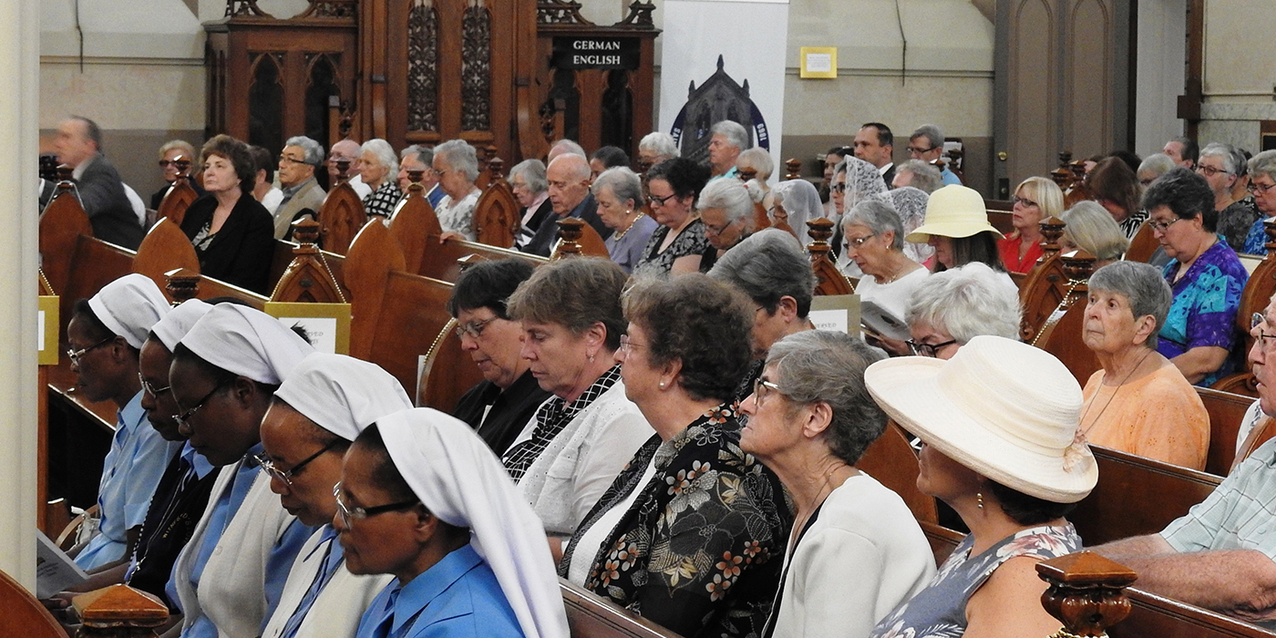 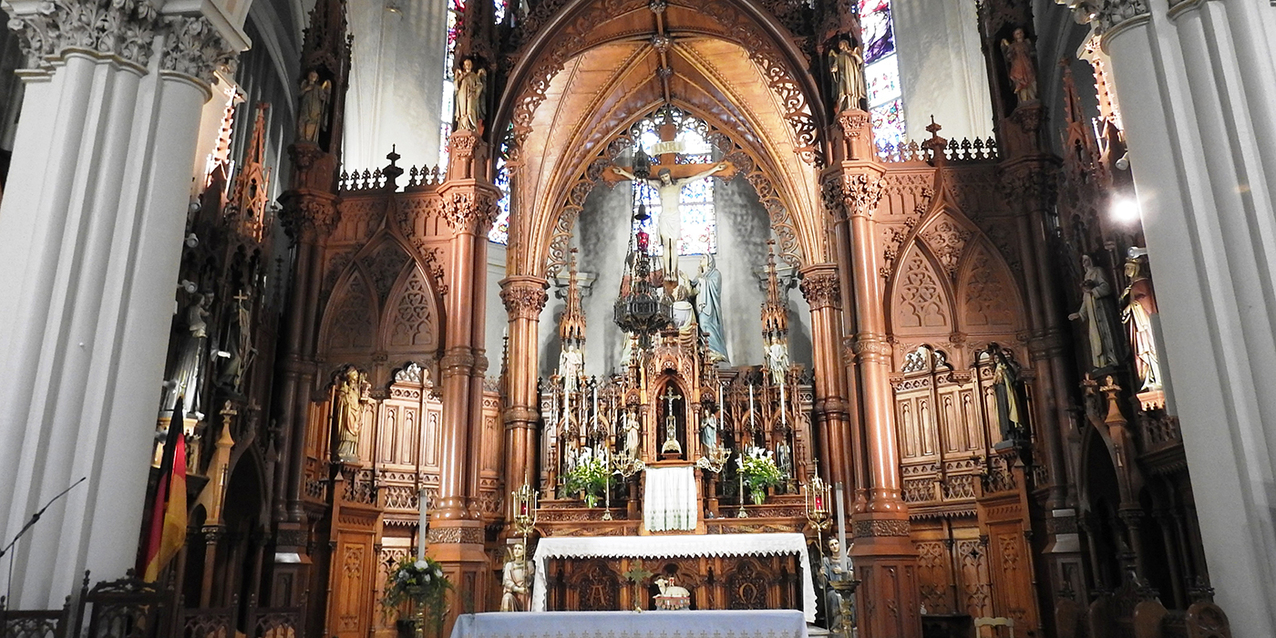 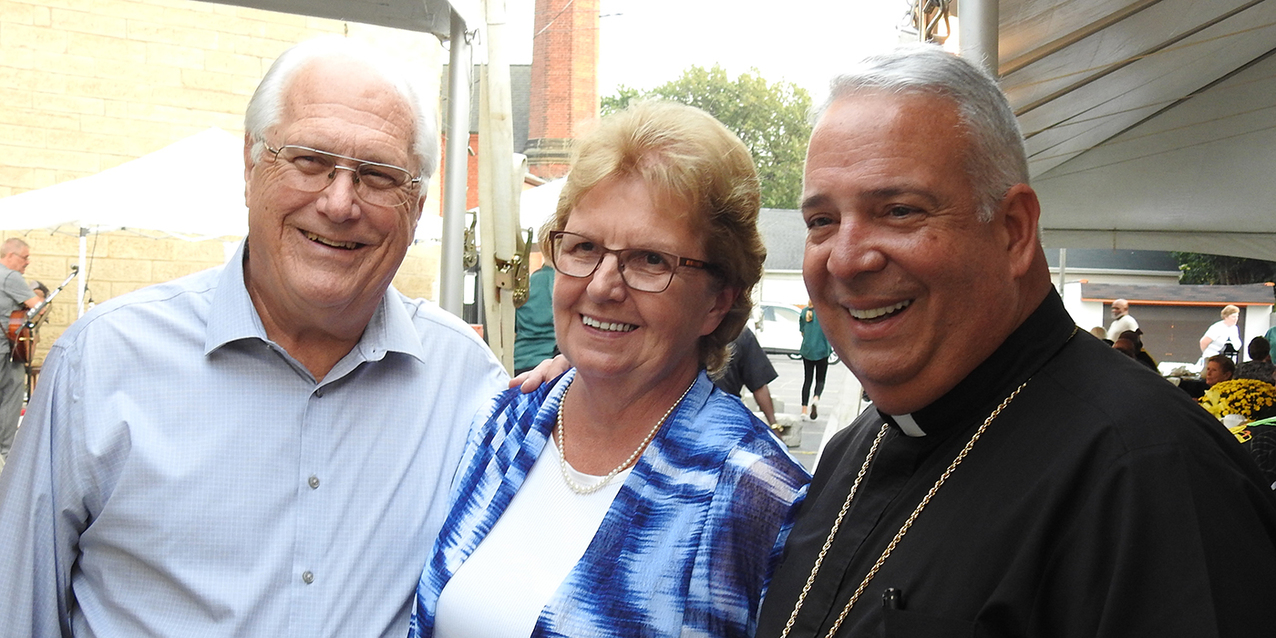 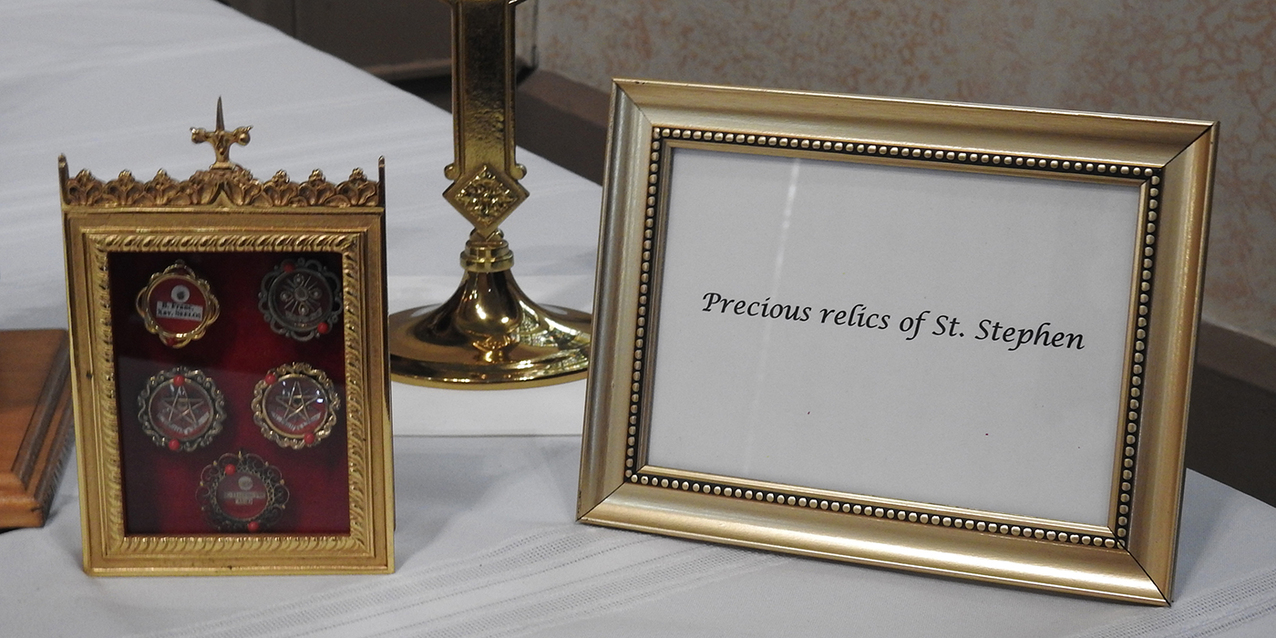 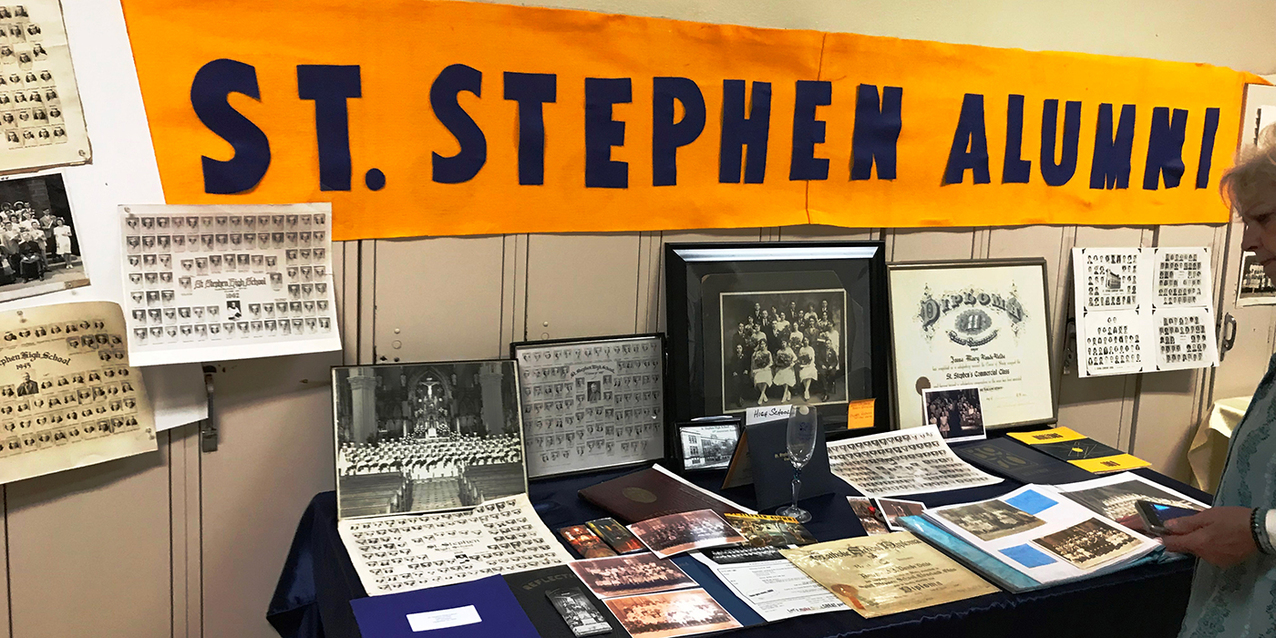 “This is a day of gratitude to almighty God for that which was, that which is and that which will come,” Bishop Nelson Perez told the faithful who crowded into historic St. Stephen’s Church in Cleveland on Sept. 21 to celebrate the parish’s 150th anniversary.

The bishop reflected on the parish’s rich history, noting it was established in 1869 – just after the Civil War. St. Stephen’s, located on West 54th Street between Lorain and Bridge avenues, was split from St. Mary Parish, which had been on West 30th Street in Cleveland. Bishop Amadeus Rappe, the first bishop of Cleveland, established the new parish. A two-story building that housed the church and school for German-speaking Catholics living west of West 44th Street opened in 1870 to serve about 200 families.

Soon a larger church was needed. Despite tough economic times, parishioners mortgaged their properties to raise the needed funds. Embellishments were added to the interior over the years, including stained-glass windows from Germany. “The craftsmanship is exquisite,” Bishop Perez said, as he scanned the church’s ornate, carved wood, pillars, paintings and statues. “People gave everything in order to build this church.” The current building was dedicated in 1881. It was listed on the National Register of Historic Places on Nov. 11, 1977.

Few people at the anniversary Mass had as many connections to the parish in its early years as Father Manning. His great-grandparents were the first couple married in the church and his family belonged to the parish for generations. His mother received all the sacraments there – baptism, first Communion and confirmation. She also was married there and buried from the parish.

The Manning children attended school at St. Stephen’s with Father Manning’s sister also graduating from what was then St. Stephen High School. The girls’ high school occupied the first floor of the school building adjacent to the church, with the elementary school on the upper level. The high school closed in 1971 and 30 years ago the elementary school merged with St. Boniface and St. Michael schools to form Metro Catholic School, which uses the St. Stephen and St. Boniface campuses.

“I love what the Holy Father says about a parish,” Bishop Perez said. “He tells us it’s the most visible, tangible expression of the Church in an area. A parish survives because it’s able to change, because it contours itself,” he said.

The bishop acknowledged the parish founders, asking for a show of hands of those who have been parishioners anywhere from new members to 90 years or more. Many hands popped as he called out the years – 90, 80, 70, etc. He also thanked the Sisters of Notre Dame who were longtime teachers at the parish school and continue to serve at Metro Catholic School, as well as others who made and continue to make contributions to St. Stephen’s.

“They (the Notre Dame sisters) came here from another country (Germany) in 1874. They established this,” he said, referring to the school. “This (the parish and school) was given as a gift and passed it on,” the bishop said. The gift continues to be shared through the Apostles of Jesus, the order to which Father Shao and Father Koka belong, he said. They came from Africa to serve. Father Shao has been at St. Stephen’s for six years, since Father Franz retired.

“Dear friends, this is the day the Lord has made. Let us rejoice and be glad. We are here to be happy and to rejoice as we celebrate this milestone,” Father Shao said. He thanked the bishop for “honoring our invitation and celebrating this anniversary of our beloved St. Stephen’s.”

In 1993, the diocese gave the parish a first class relic of its namesake -- St. Stephen -- who was the first Christian martyr and one of the first seven deacons of the Church. Father Franz accepted the relic during a Mass celebrated on St. Stephen’s feast day, Dec. 26, 1993.

Historic vestments and copes that had been worn in the early years of the parish, hung from pillars in the church. The vestments featured intricate stitching and ornamentation. There also was a display of historic items including chalices, monstrances and the St. Stephen relic in the church as part of the anniversary celebration. Parishioners, students, St. Stephen Alumni Association, the Society of St. Stephen and others continue working to restore and maintain the historic structure.

The festivities continued after Mass with about 500 people heading to large tents in the parking lot for an anniversary dinner.

Guests also were invited to tour the first floor of the school building where they could view historic photos, scrapbooks and other displays of memorabilia from both the school and parish.