North Pole Chapel at Santa’s Hide-A-Way Hollow is a labor of love, a place of hope 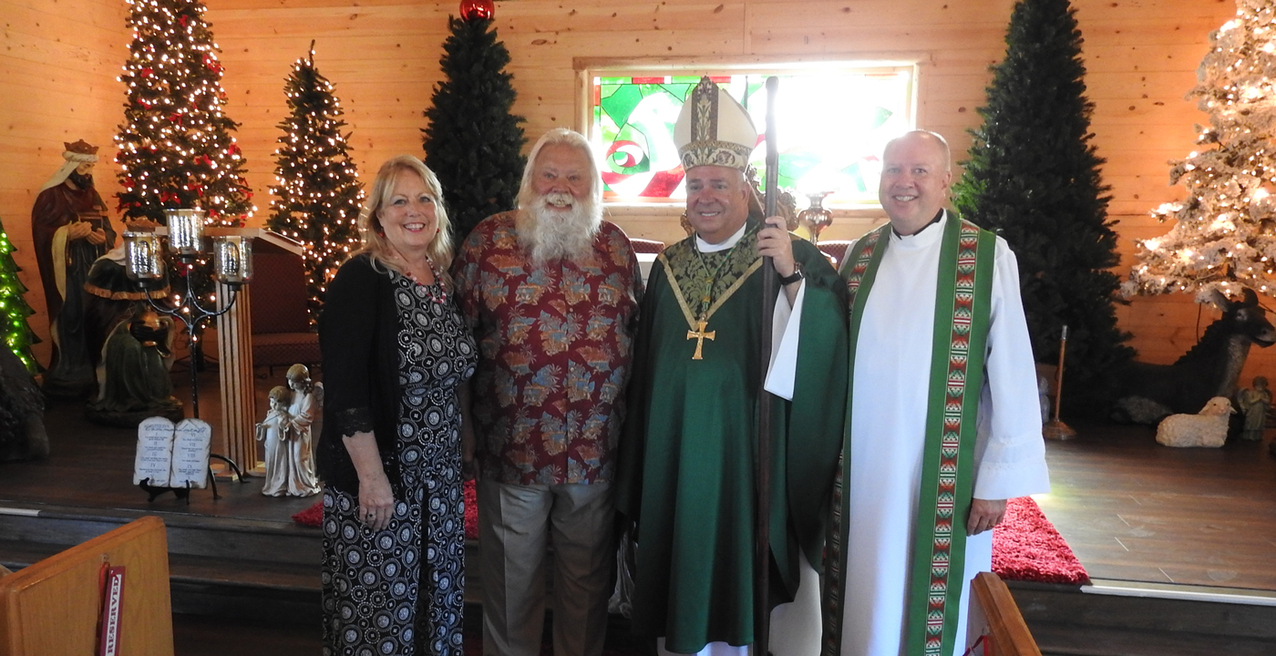 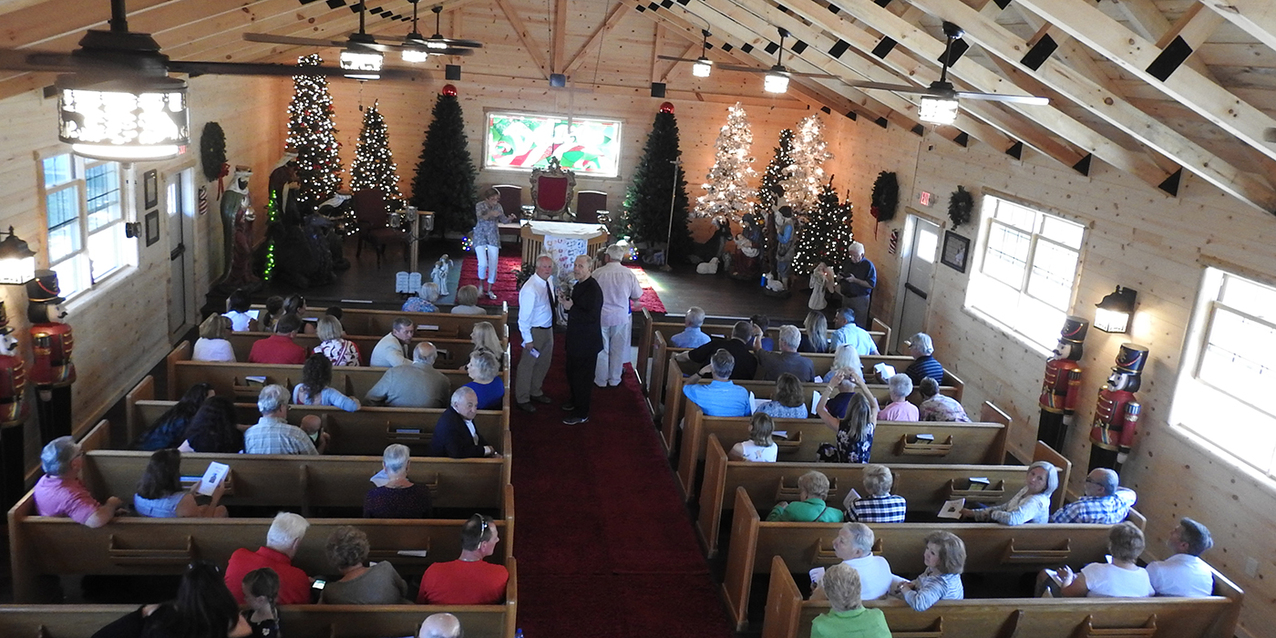 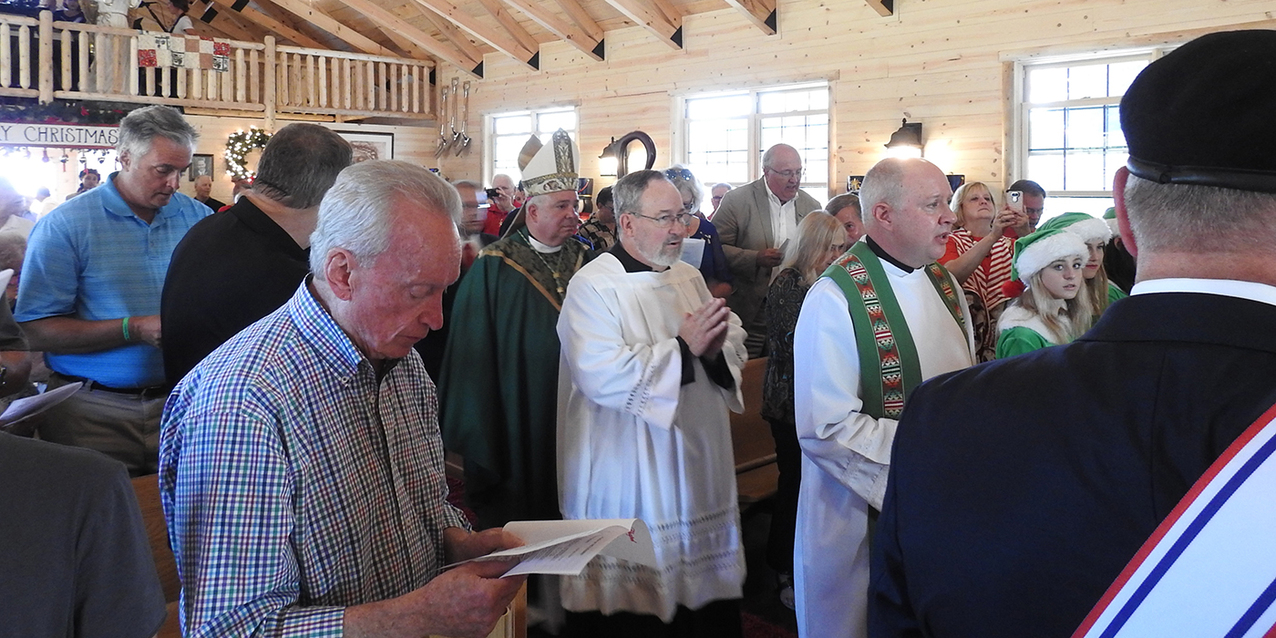 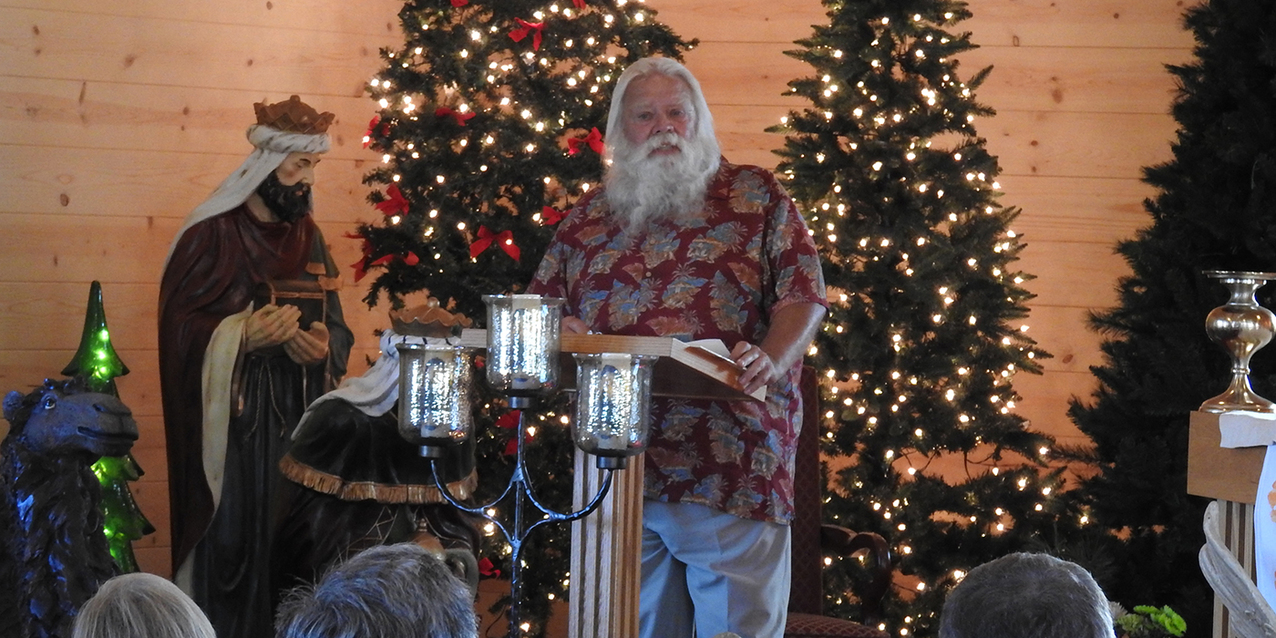 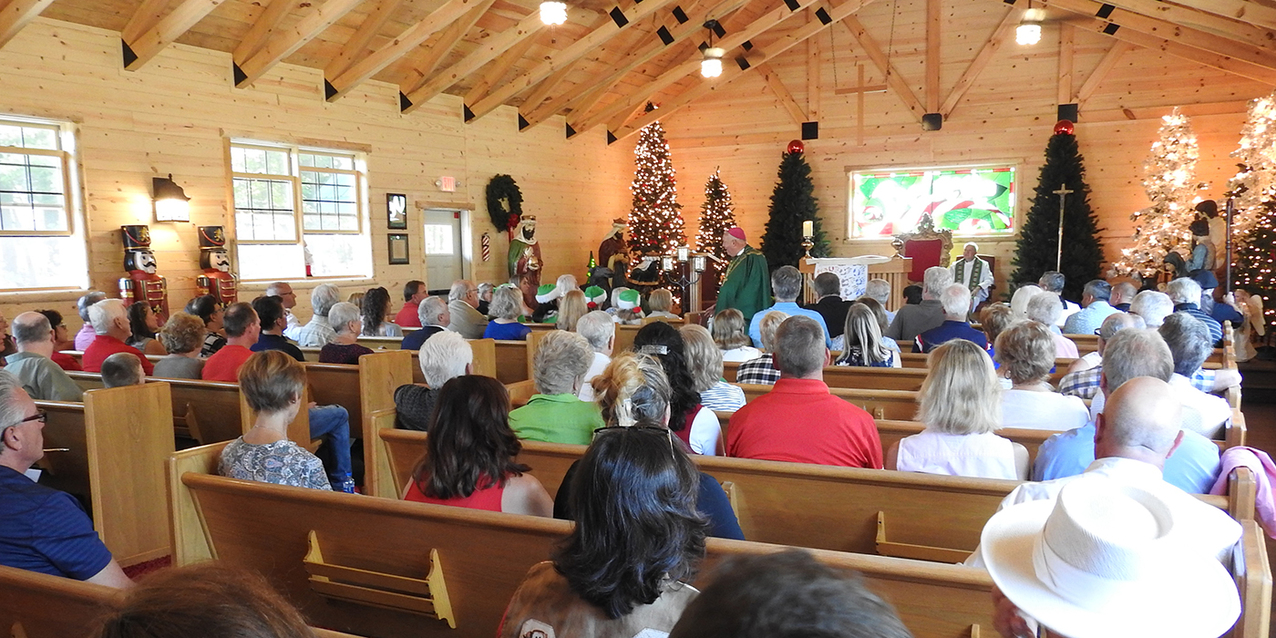 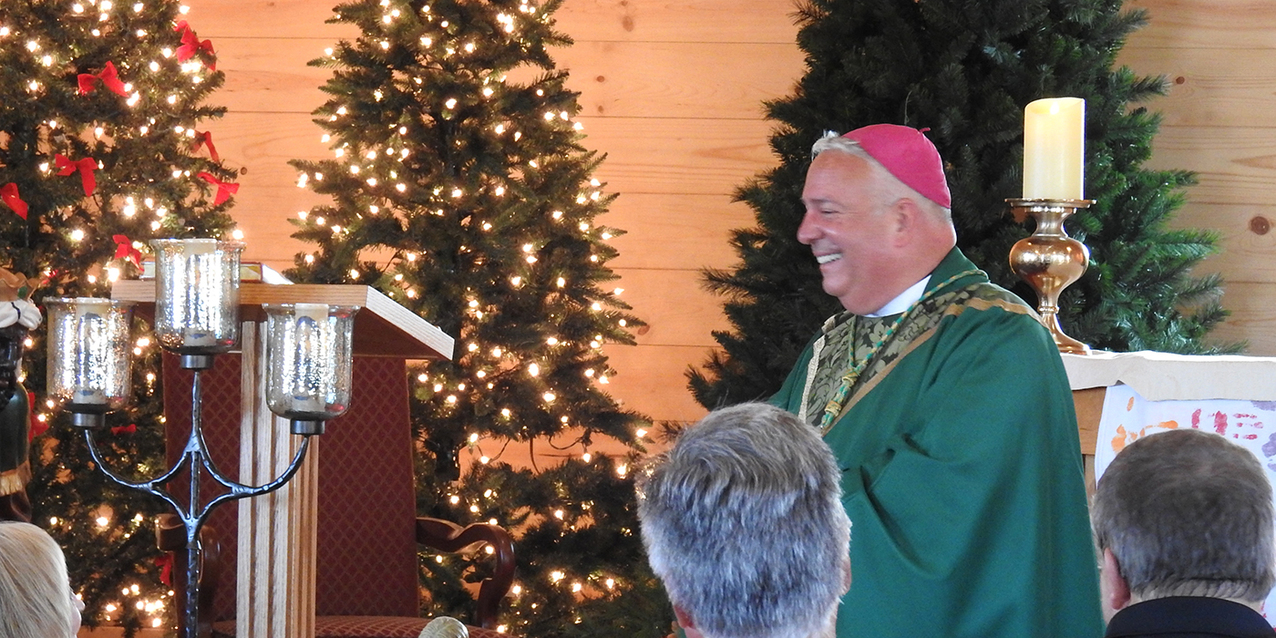 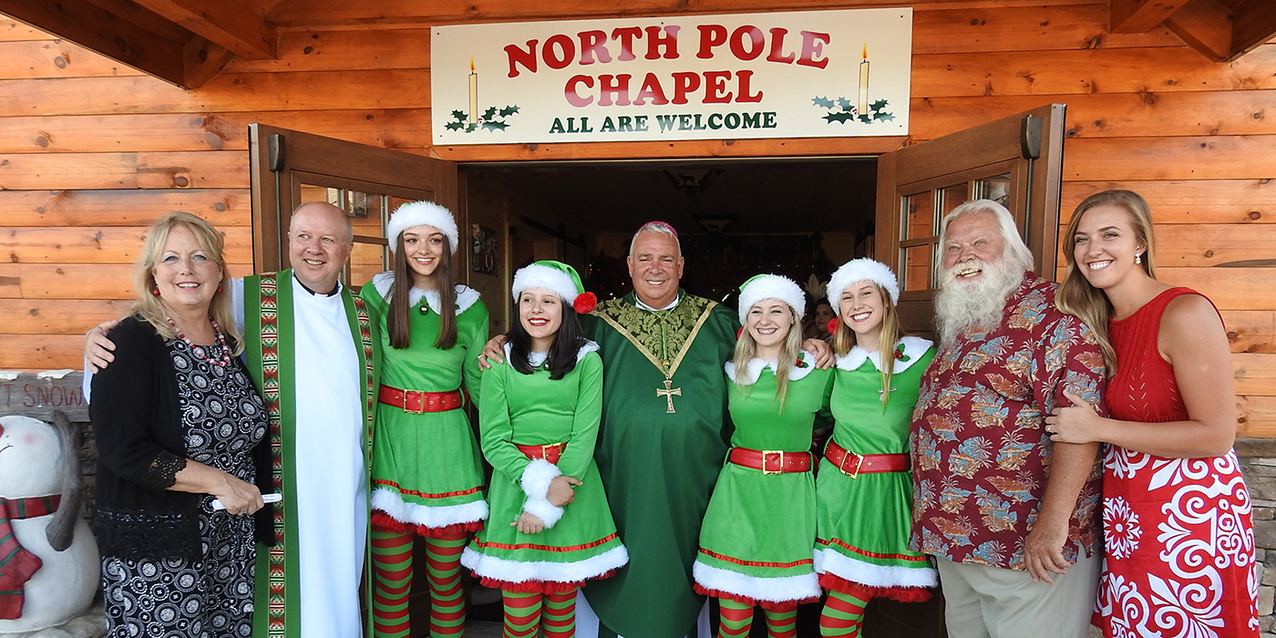 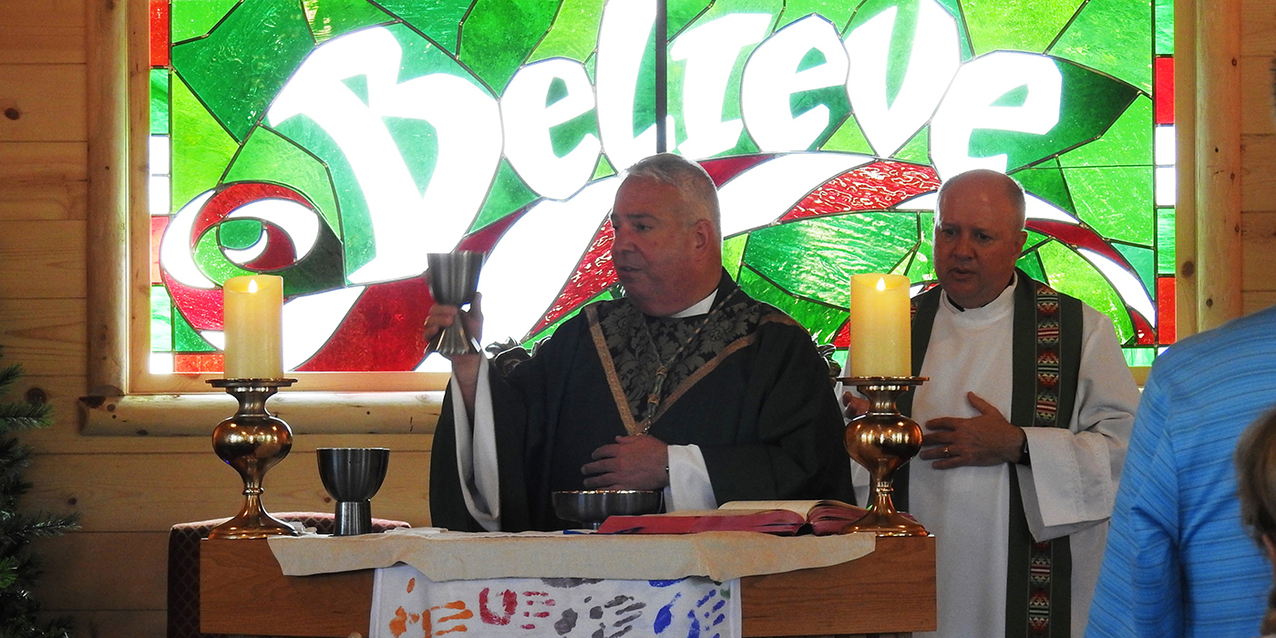 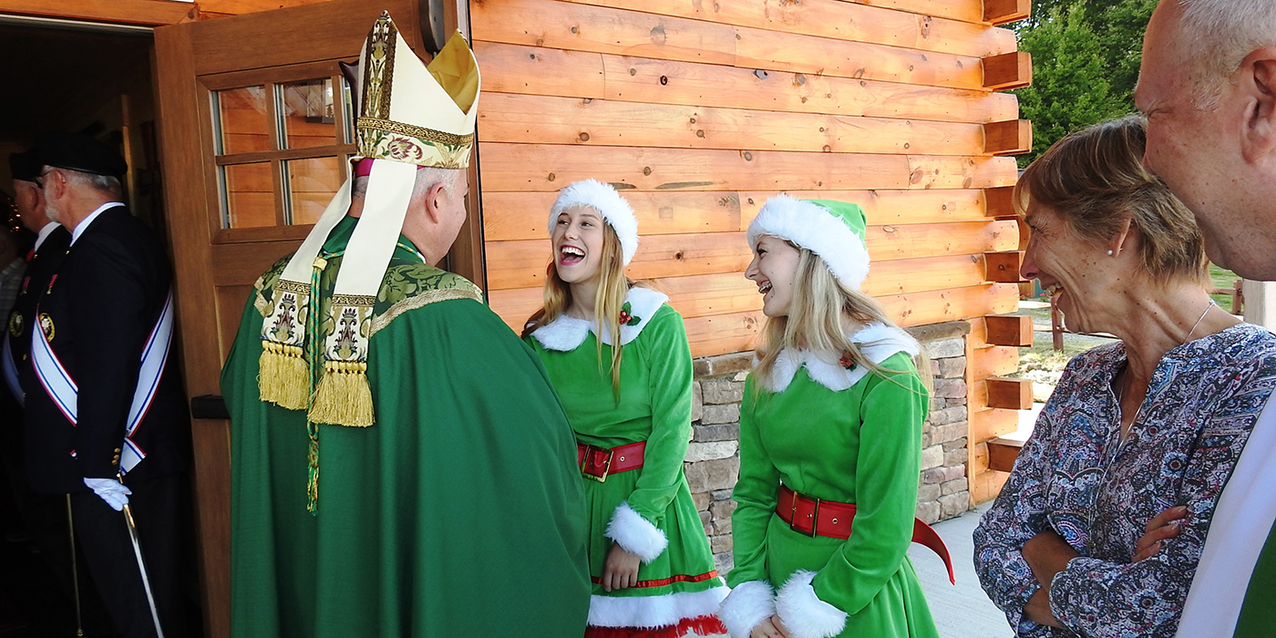 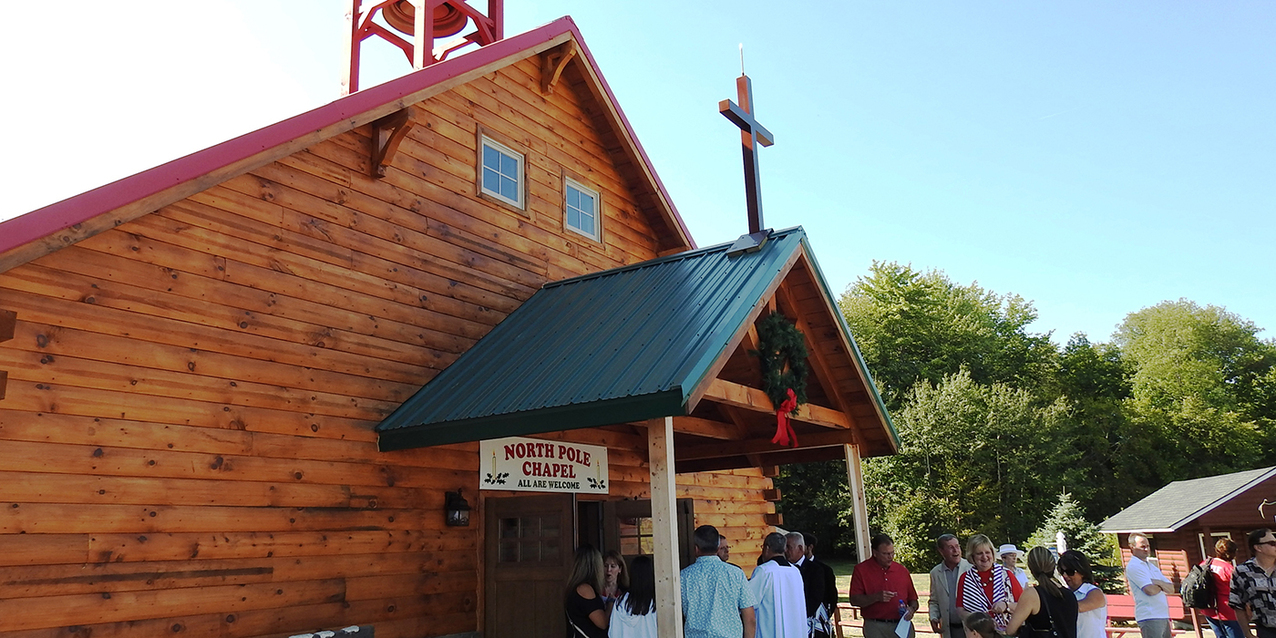 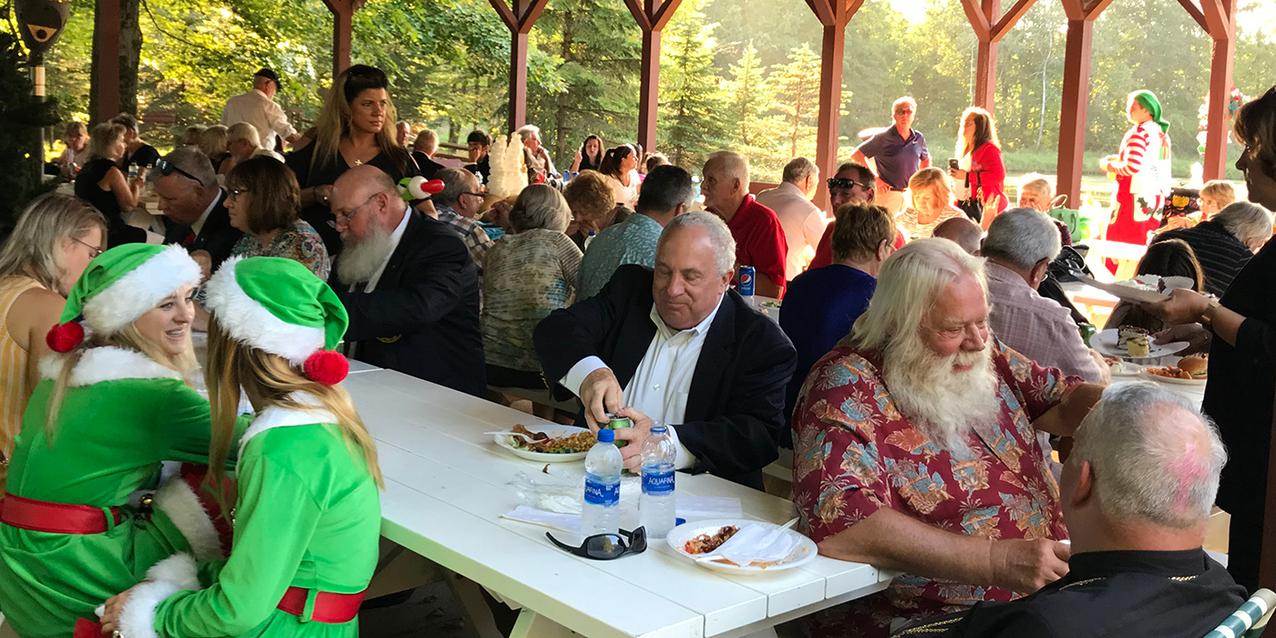 It hardly looks like Christmas outside, but inside the North Pole Chapel at Santa’s Hide-A-Way Hollow in Middlefield, it’s Christmas every day.

The chapel is the latest addition to the 93-acre village -- a magical place where the spirit of Christmas lasts forever. It joins places like the post office, bakery, general store, town hall, barber shop, tailor shop and toy store. There also are live reindeer, a carousel, fishing pond and more activities. Terminally ill children and their families can be invited to visit Santa’s Hide-A-Way to celebrate Christmas and have a retreat from the reality of their illness.

Bishop Nelson Perez and Father Dan Schlegel, secretary and vicar for clergy and religious for the Catholic Diocese of Cleveland, paid a visit to Santa’s Hide-A-Way on Sept. 20 to celebrate Mass and dedicate the new chapel. It was the bishop’s first visit and he said he could feel the Christmas spirit.

For Father Schlegel, former pastor of Church of the Holy Angels in Bainbridge, it was a memorable visit. During his tenure at Holy Angels, parishioners decided to raise funds to help pay for the chapel. They participated in the first #weGiveCatholic online day of giving in November 2016 and raised $27,000 to jump-start the project’s financing. Ground was broken in August 2017, with many Holy Angels parishioners attending Mass on the site of the then-proposed chapel and continuing the celebration with the parish picnic.

Since then, parishioners and others have continued to support both the Hide-A-Way and the chapel project.

The rustic-looking wooden chapel resembles a cabin. Its price tag was about $350,000, but Santa Claus (Bill Dieterle) said it was finished for $250,000, thanks “to a lot of love and donated labor.”

Inside, large wooden soldiers line the walls and a trio of shovels used at the ceremonial groundbreaking hangs on the wall in back. There is a small choir loft with a piano, a sacristy and pews to seat 101. Bright red carpeting covered the center aisle leading to the altar. Behind the altar is a large red, white and green decorative window that says “Believe.” Christmas trees line the area around the altar and a large, nearly life-size Nativity set is on display.

“This is what was missing from the village,” said Dieterle, before Mass. “This is a place for children who don’t have a church. It’s a place where they can be remembered. It wasn’t built as a place of gloom – it’s a place of God. It’s a place of joy where you can laugh and sing. And it’s a place where some families can have one last Christmas.” He said it had been suggested that a chapel would be a good addition to the Hide-A-Way, which started on a small scale with two buildings 40 years ago. Back then, only three or four families could visit at a time. Now, thanks to years of expansion, the village can accommodate nearly 1,000 people. An estimated 192,000 people have visited since its inception.

Those attending the dedication Mass included donors, volunteers and some of the vendors who helped with the project.

“What a great gesture to be able to have the bishop here. I’m the luckiest guy in the world,” Dieterle said.

Bishop Perez called the chapel a place of hope. “I was told by Santa that those who come here must have hope,” he said. He acknowledged that given their circumstances, it might be hard for some who come to the chapel to find hope. “It might be the last Christmas for their child, but if they can find hope in the midst of despair, that’s what Christians do.”

He said there is a small plaque hanging on the sacristy wall that reads: “All things are possible if you believe.” That was the message of the Blessed Mother to the angel when she was told she would have a child, the bishop said. “I don’t know how people do things without hope,” he added.

Bishop Perez said Dieterle told him that at one time he wanted to be a priest. “So did me. A priest builds a bridge between the world and the divine. You may not be a priest like Father Dan and I are, but you are Santa Claus and you offer hope. This is what happens when one believes,” he said, gesturing to the village outside. “I’d love to see the faces of children when they visit.”

For years there was one thing missing from the village – the chapel, the bishop said.

“Now this place is dedicated and enshrined in those who walk in and out. Only God knows what’s in their hearts and what this place and his spirit will elicit. God always listens to us – even in our anger and despair,” Bishop Perez said, adding that the hope and beauty of the place is not just the structures. “It was built with the power of love – given without expectation of anything in return except hope and believing. Forty years ago Santa had a dream and now every day is Christmas for Bill,” he said, offering his congratulations.

After Mass, Father Schlegel sang a special blessing that was written for his parents’ 50th wedding anniversary and also offered his congratulations for the completion of the chapel.

The dedication event continued with dinner in the pavilion, music and fellowship.