Our Lady of Peace Parish continues its centennial celebration with Mass, fellowship 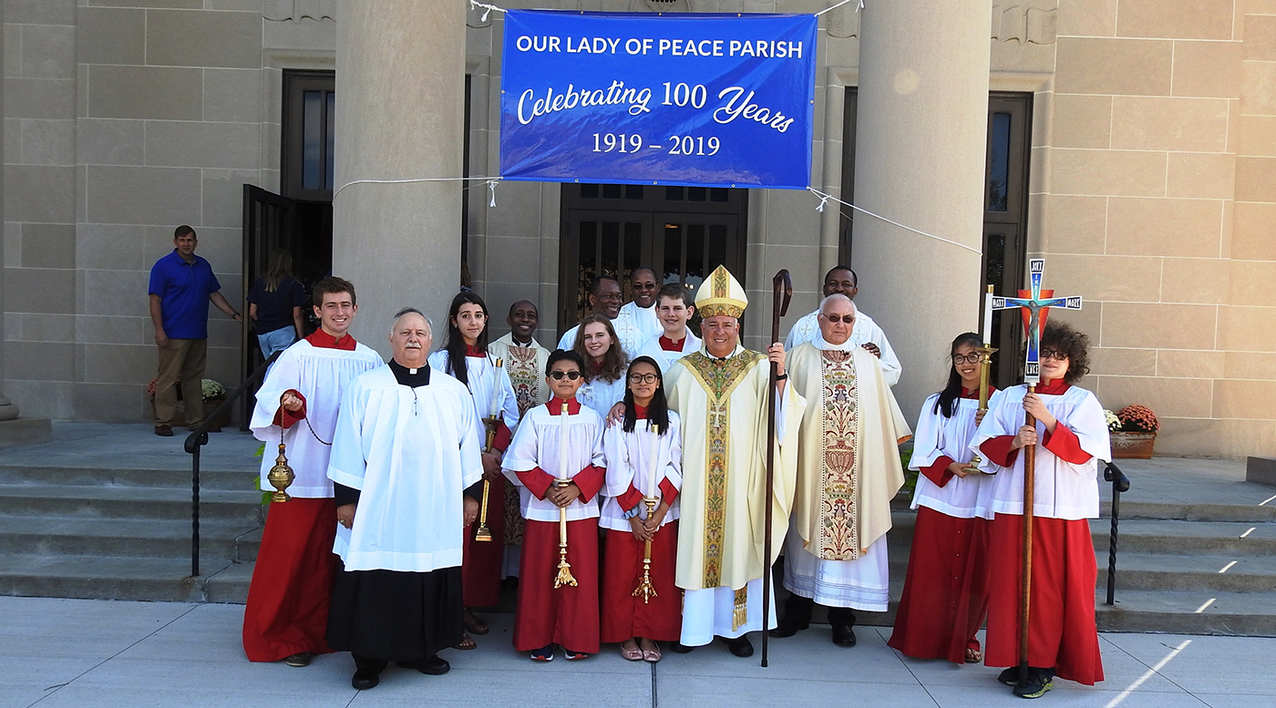 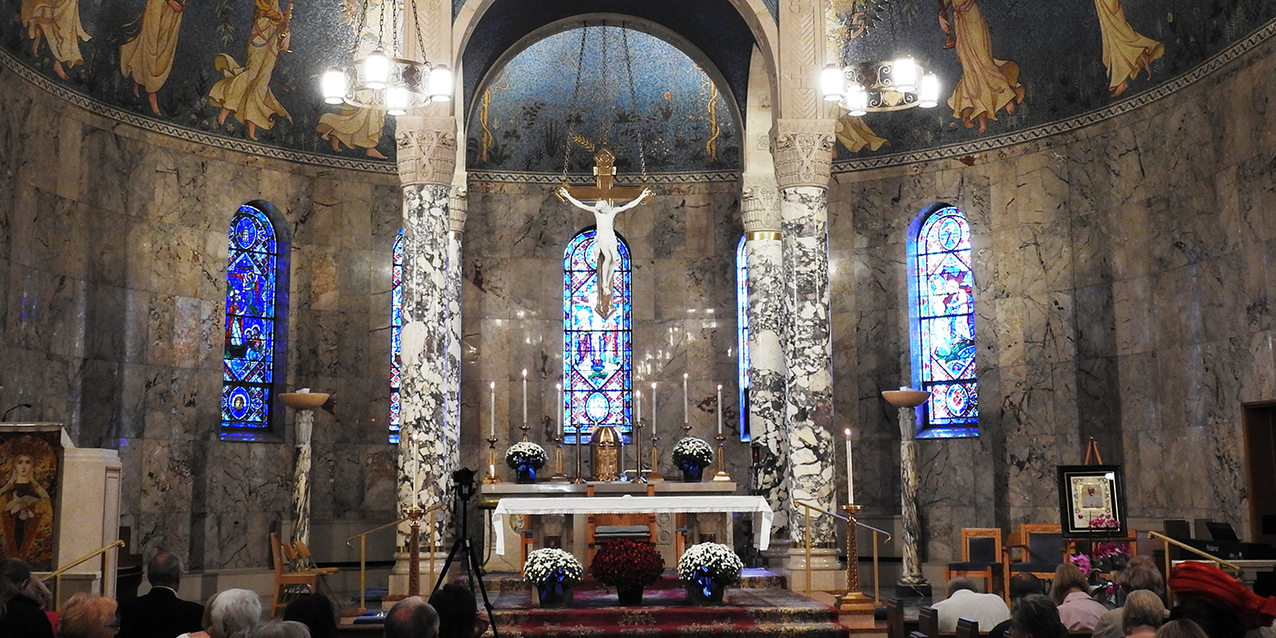 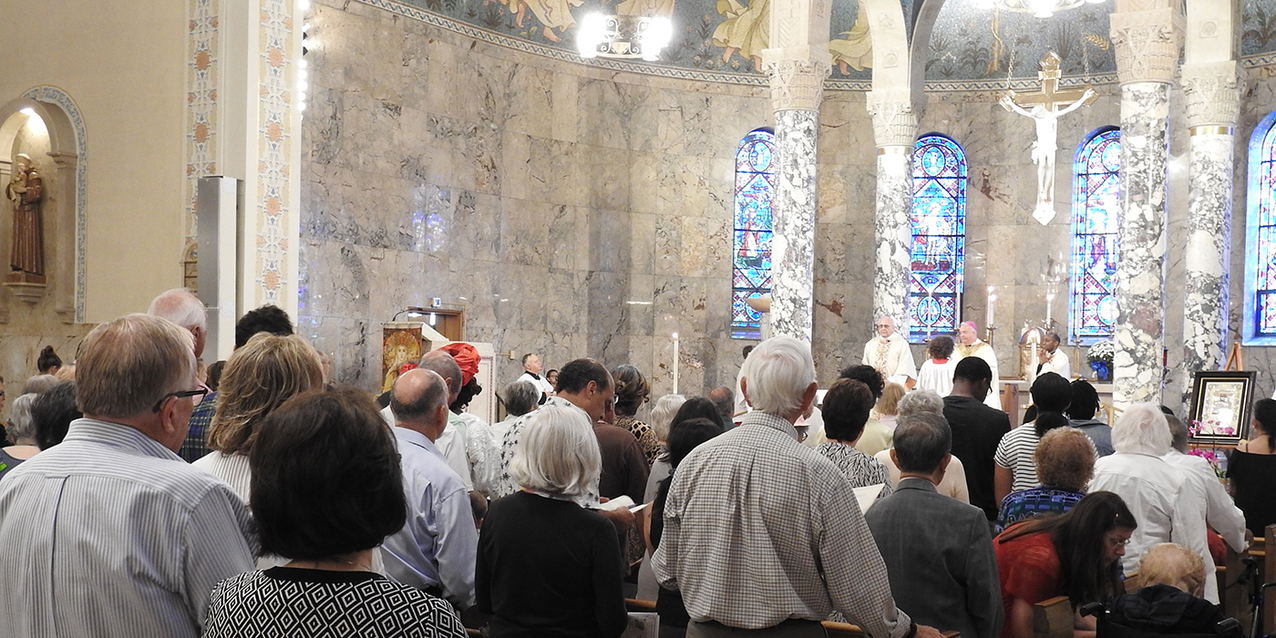 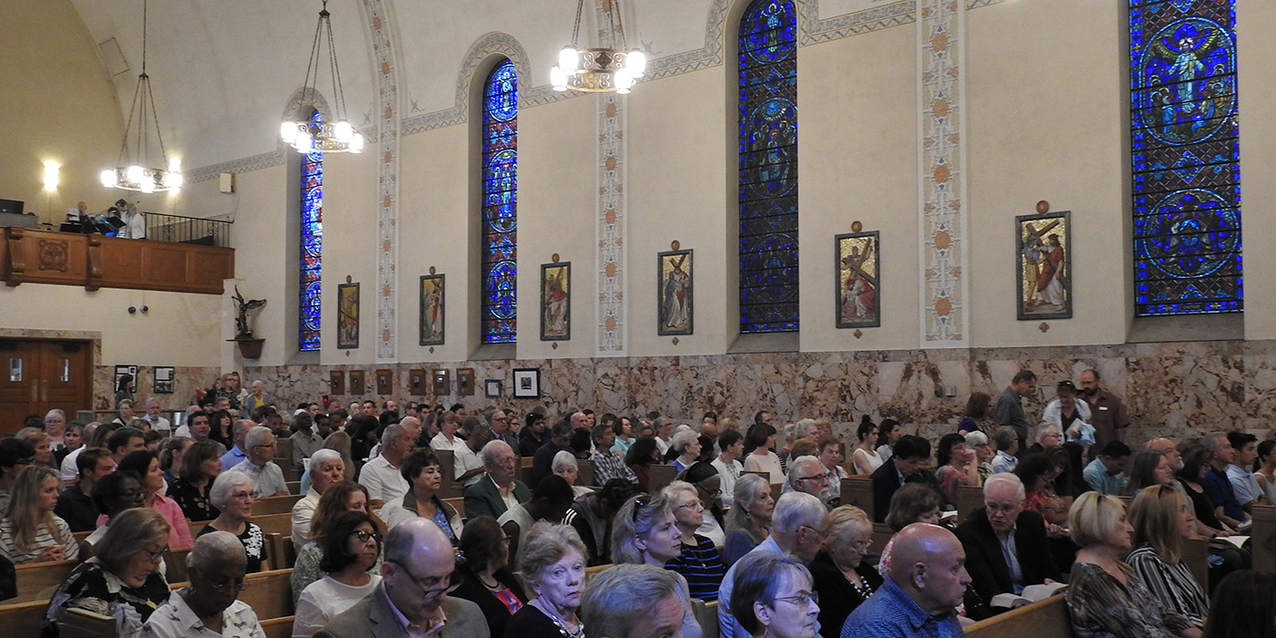 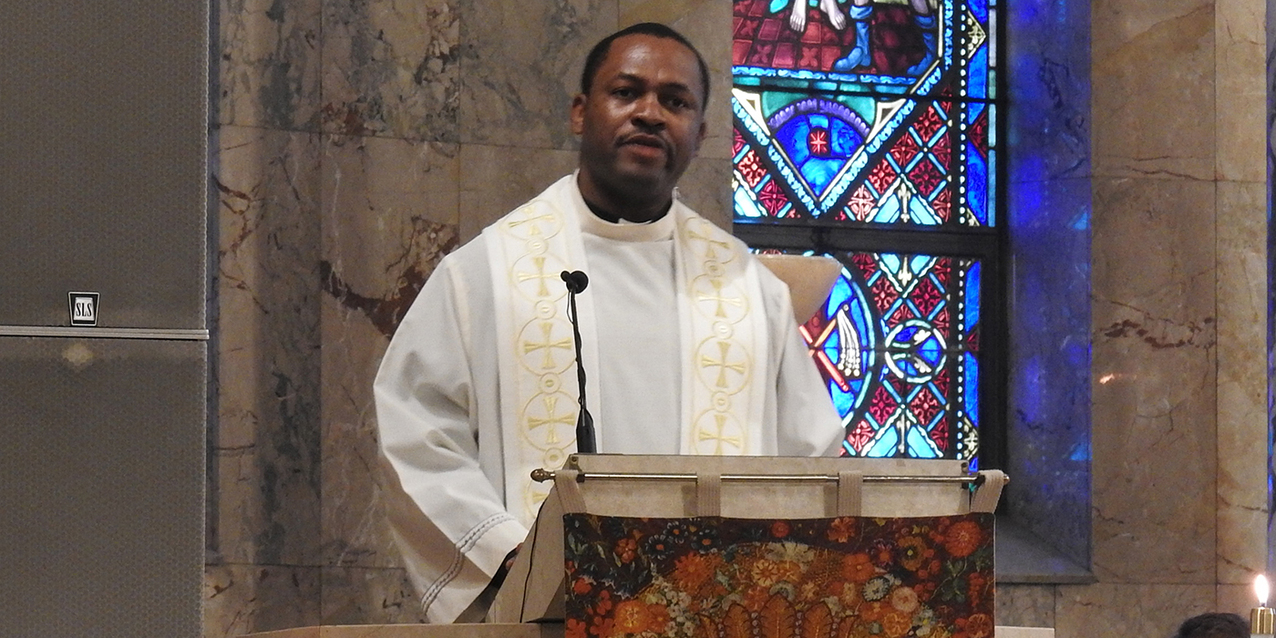 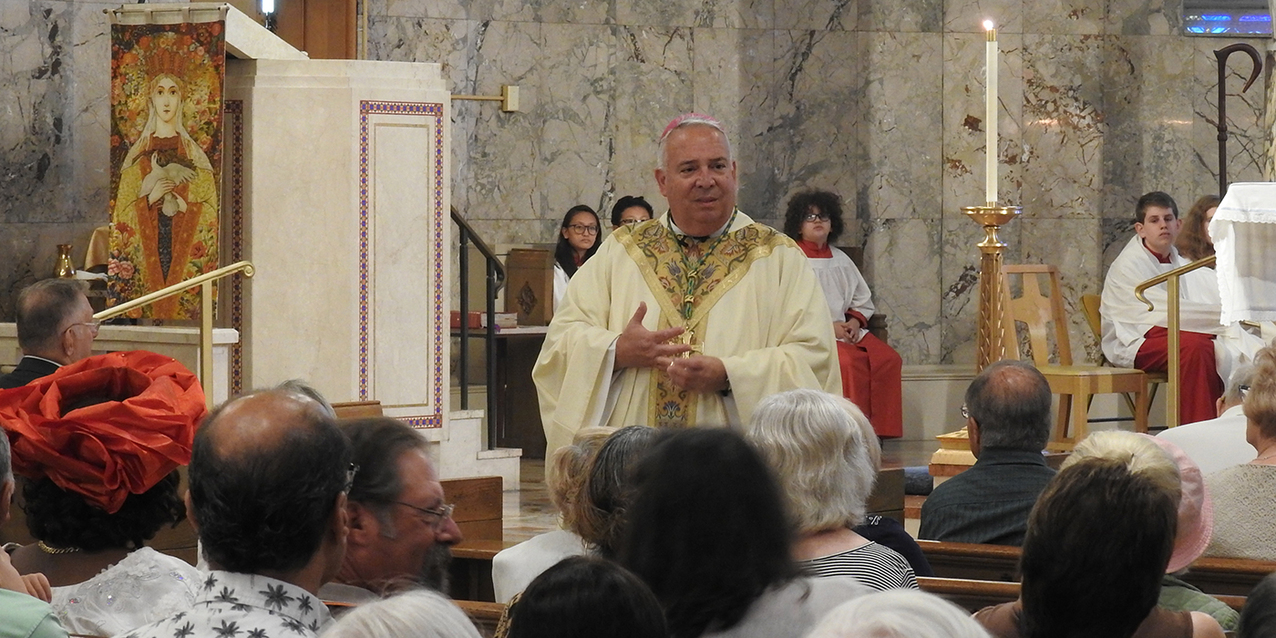 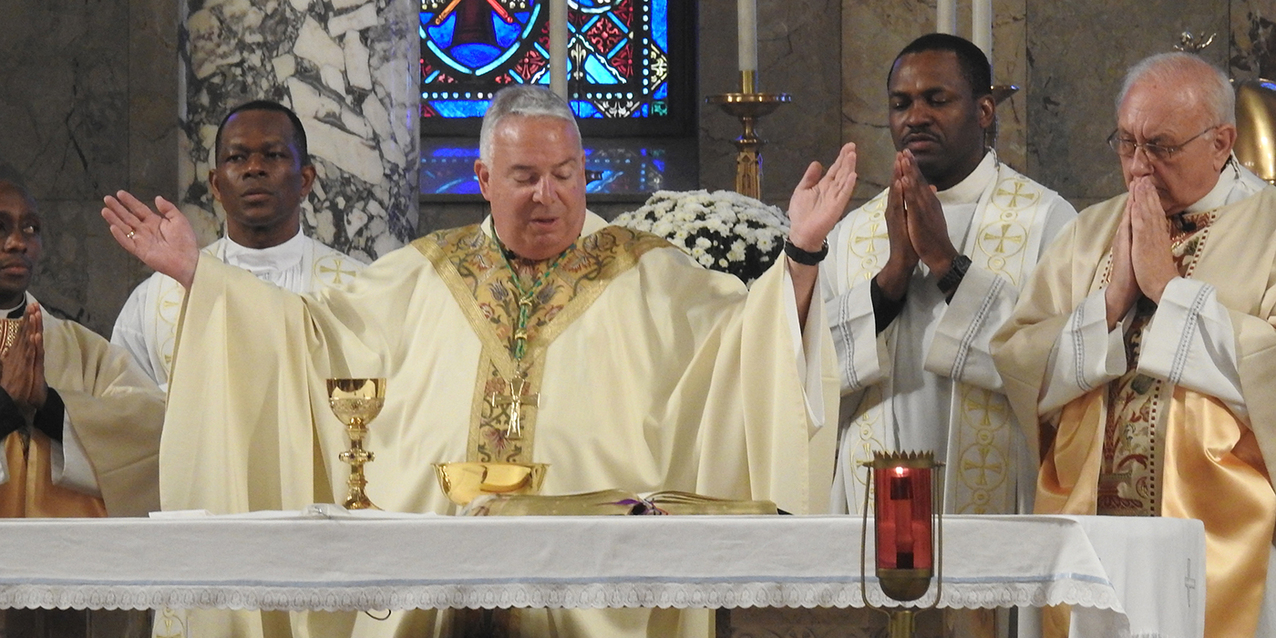 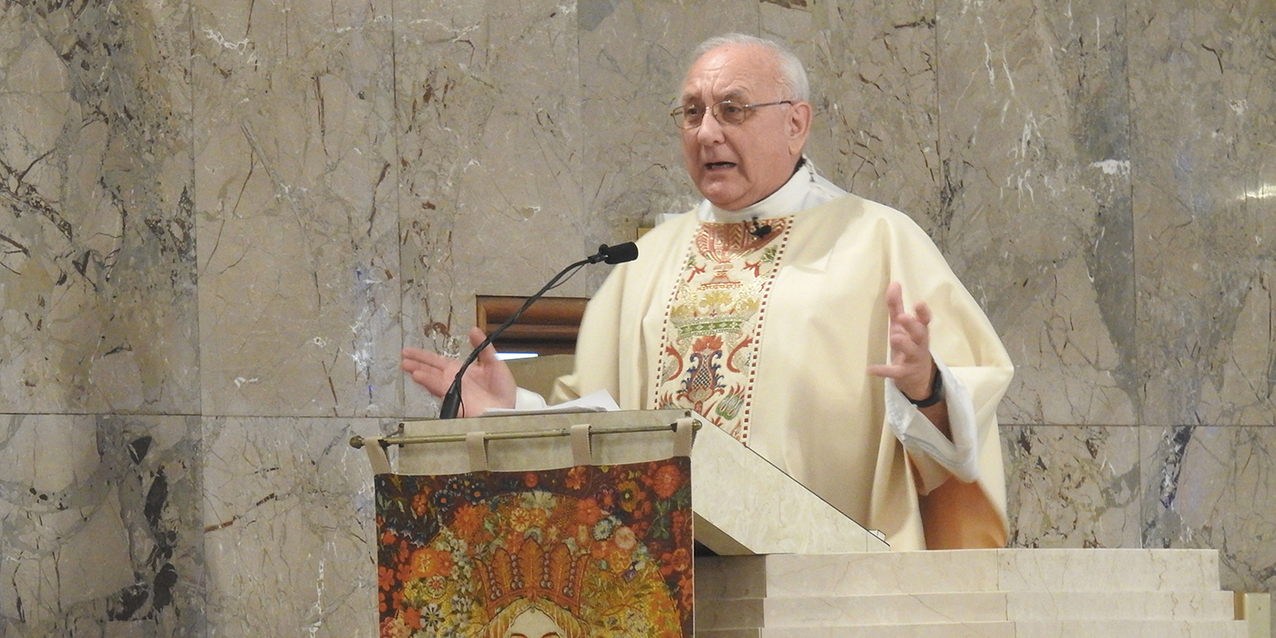 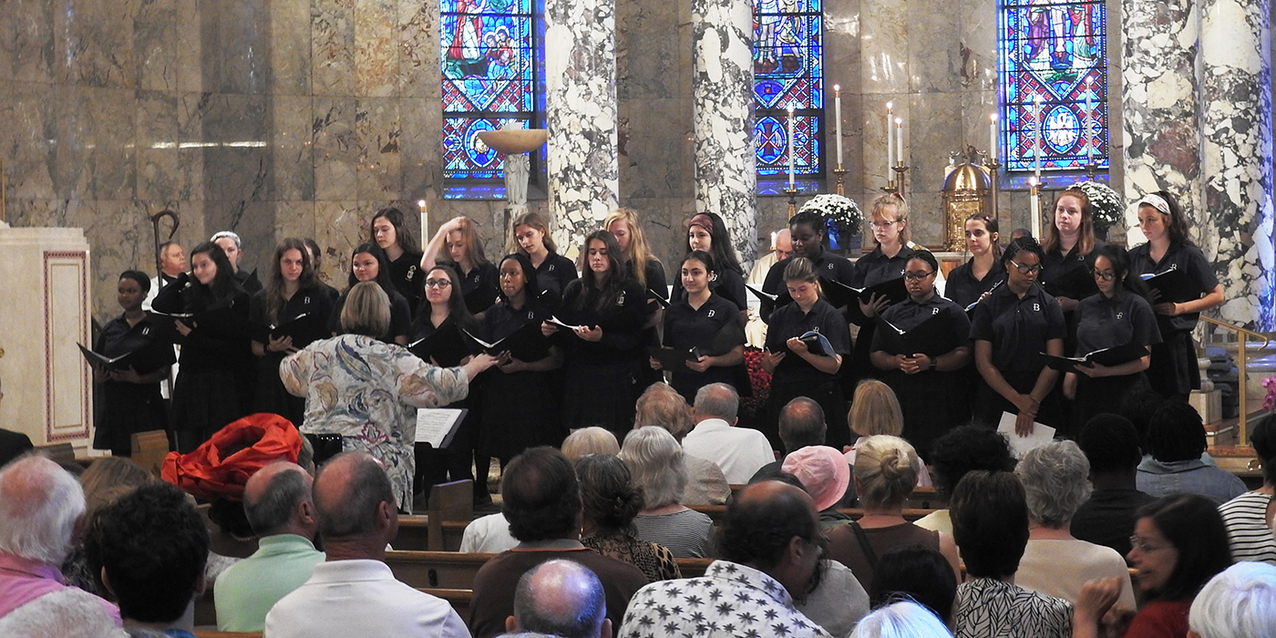 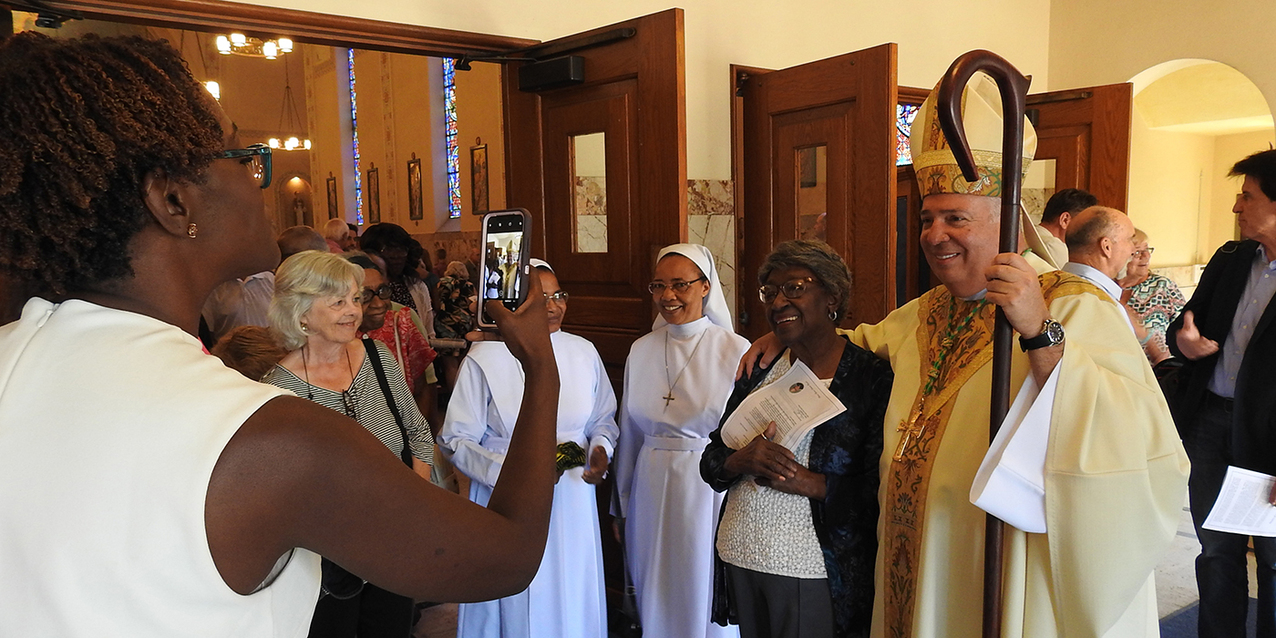 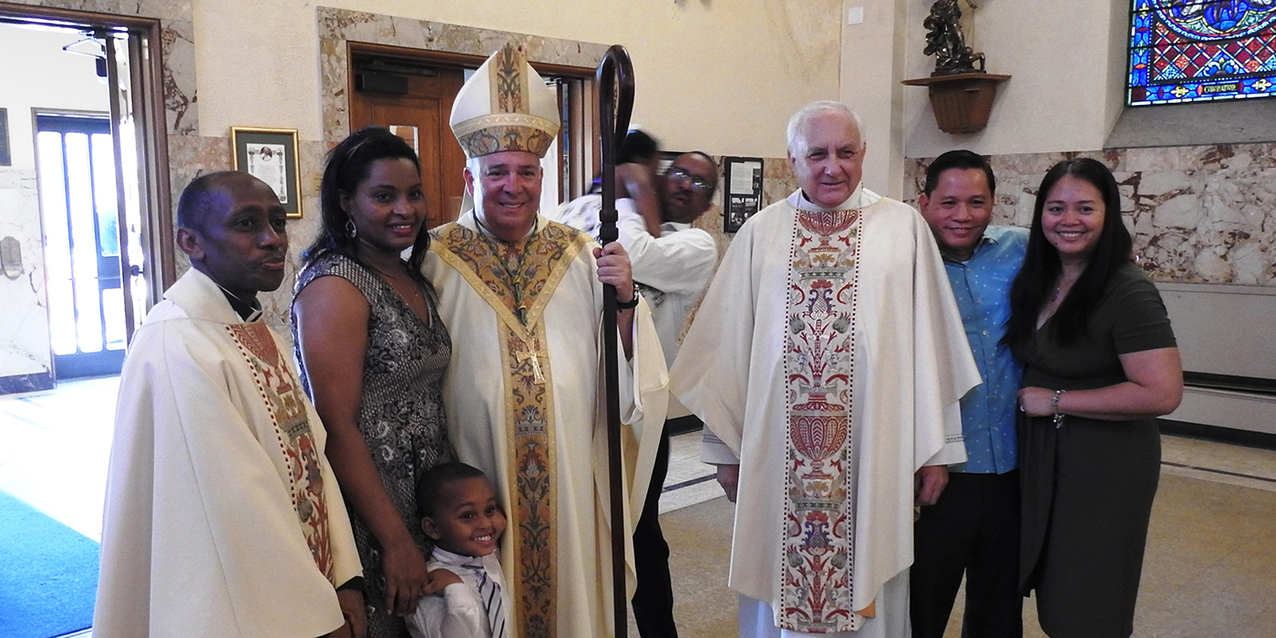 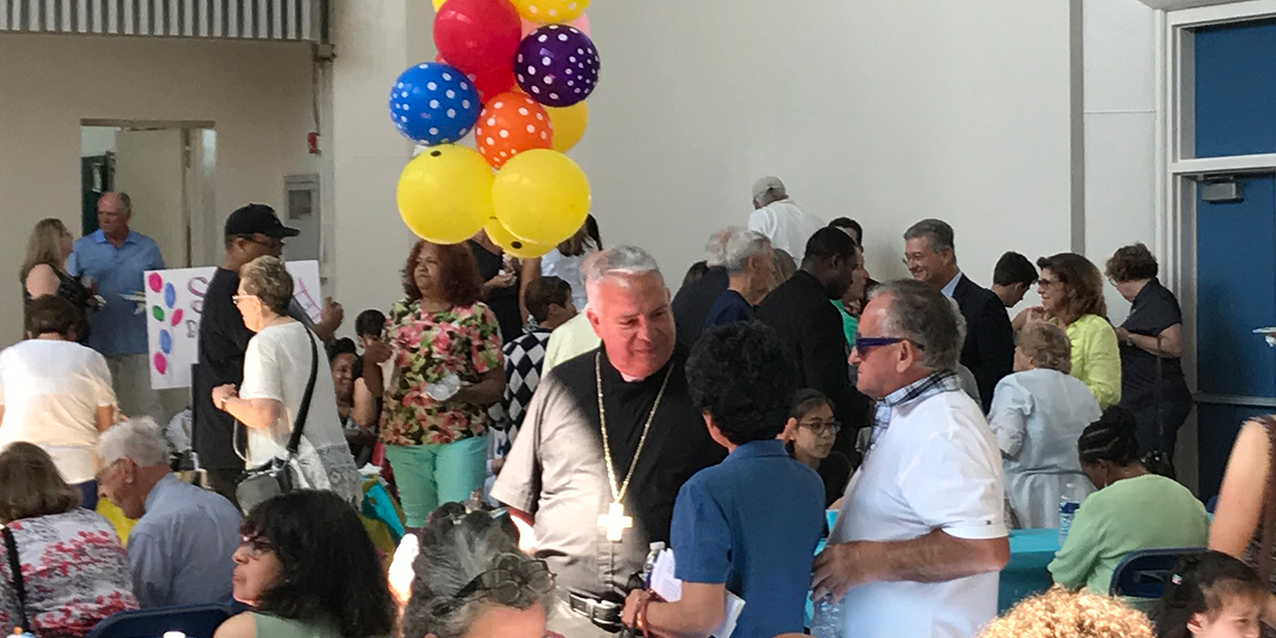 Our Lady of Peace Parish, which is celebrating its centennial, traces its roots to September 1919 when Bishop John Farrelly assigned Father James Cummins to organize a new parish. Father Cummins, who had served as a military chaplain during World War I, followed the bishop’s instructions and established the new parish – dedicated to the Blessed Mother and peace -- in Cleveland’s Shaker Square neighborhood.

Bishop Nelson Perez visited the parish on Sept. 22 to celebrate Mass as part of the 100th anniversary. There about 500 families registered at OLP.

“Father Cummins wanted a parish that would express its Catholicity. This is a diverse parish community that expresses that spirit,” the bishop said, adding that Our Lady of Peace Parish is a place of “community, unity and peace,” something he said Father Cummins would be proud of.

He credited the other priests who served at OLP before the sixth and current pastor -- Father Gary Chmura – and the Ursuline Sisters, who began working at the parish in 1920, with establishing a sound spiritual foundation for the parish community.

The bishop asked for a show of hands to determine how long parishioners had been with OLP. Although none went back to the parish’s beginning, there were many longtime parishioners and others with ties to the parish who attended the Mass.

“What’s the most important thing about this parish?” Bishop Perez asked. He reminded the congregation that priests, sisters and others come and go over the years, “But one thing is constant: the presence of Christ in the Blessed Sacrament. He’s seen you come and go He was here before this church was built.”

The bishop pointed to the altar, saying, “That table was set and remains set for you 100 years later.” He said it is up to the faithful to go and set the table for others.

“Jesus knew he had to go, but he wanted to stay with us so he gave us a special gift: his body and blood,” Bishop Perez said – the same gift we share today in the Eucharist.

Just as parishioners are asked to share the gift they’ve received, he said the apostles did the same.

“They weren’t perfect; in fact, they were far from it,” he said adding, “one betrayed him, one denied him and the rest ran for the hills.”

Bishop Perez said Jesus tells us “to go and do what he did: wash each other’s feet. Through thousands of years the Church has tried to do that.” He also reminded the congregation that there are two kinds of church – one with a lowercase “c,” the people who come and go, and one with an uppercase “C,” the one that is present throughout the ages. “You are the church, but not the Church that was here 100 years ago. That’s the mystical body of Christ.”

The bishop said according to Pope Francis, a parish is the presence of Christ in the midst of the homes of its sons and daughters. “Father Cummins and the first parishioners worked hard to give you this gift, but this gift must be given away. You still have a gift to hand on. The hope is that in 100 more years, Our Lady of Peace Parish will still be here with a new bishop and other parishioners handing on the gift,” he said.”

“You look great for 100,” the bishop quipped, wishing the parish congratulations on its centennial.

When OLP was established – before the first church was erected – Mass was celebrated in a vacant pool hall or billiard room at the old Luna Park. Within a year – by 1920 –parishioners built a church at the corner of Buckingham Avenue and East 121st Street.

The following year, property on Shaker Boulevard was purchased and in 1923, a combination school/chapel was completed on the corner of East 126th Street and Shaker Boulevard.

In 1949, property between East 126th and East 127th streets was cleared and construction began on the current church, which was completed in 1951.

Father Chmura has served as pastor since 1992 and in 2012, he also was named pastor of St. Adalbert Parish in Cleveland. Father Nicholaus Mtey, a diocesan priest from Tanzania, is in residence at OLP and assists at the parish while taking graduate studies at John Carroll University.

At the conclusion of Mass, Father Chmura said the centennial celebration, which began a year ago, will continue for another year. “I was pastor for the 75thanniversary and now the 100th, but I’m almost sure I won’t be here for the 125th -- and I certainly won’t be here for the 150th. But we have a vision for our parish,” he said, reflecting on the Holy Father’s words in his homily the previous day in which he said no one should be lost to Jesus.

“It is a grace to see all as brothers and sisters and no one as an enemy. How wonderful life is if all our acquaintances see the Church as their home,” he added. Father Chmura also noted that one of the parish’s greatest blessings is its diversity, some of which was expressed during Mass when the Gloria was sung as a traditional African chant. Also, the offertory gifts were carried to the bishop by the Cook and Maher families, descendants of two of the parish’s founding families, helping to connect the parish’s past and present.

The parish received a papal blessing in honor of its centennial. The choir from Beaumont School helped provide music for the Mass.

After the liturgy, the congregation moved across the street to Cummins Hall for a picnic celebration complete with music, food and games.