Members of Serra Clubs in District 85 in the Catholic Diocese of Cleveland met jointly on Oct. 2 for liturgy and fellowship.

Bishop Nelson Perez celebrated the 5:10 p.m. Mass at the Cathedral of St. John the Evangelist for the intentions of the Serrans. In his homily, the bishop noted that it was the feast of the holy guardian angels, spiritual beings that guide and protect us throughout our lives. 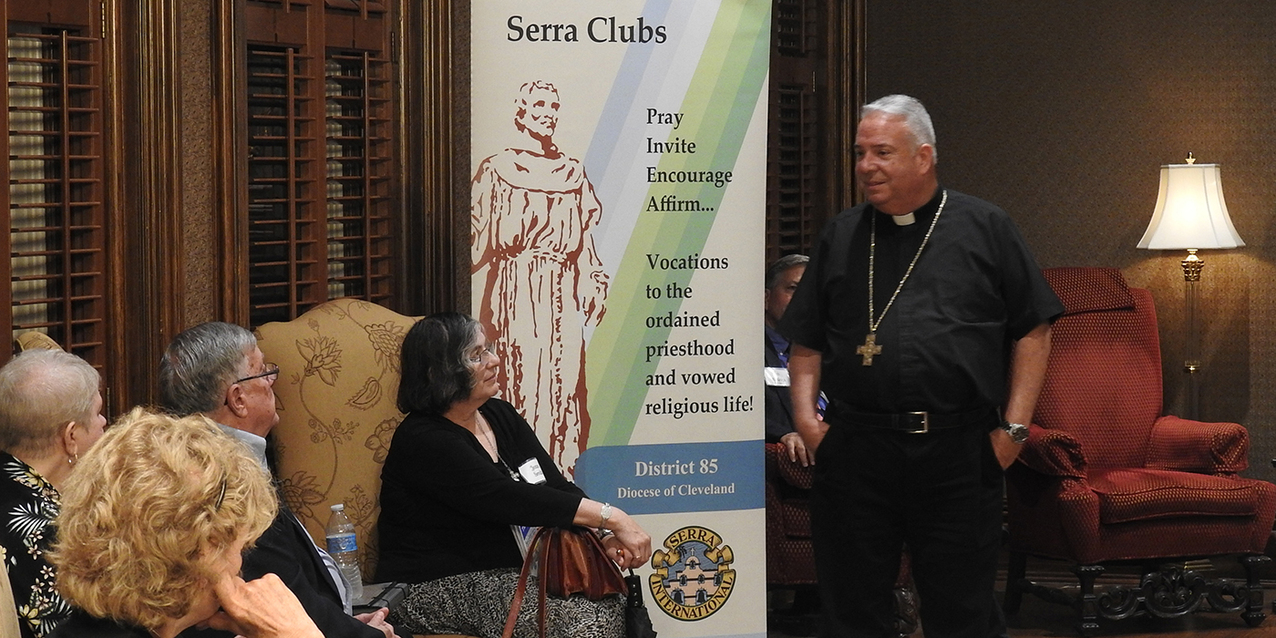 In the Gospel, he said we are instructed to be like children, “to have love and trust like a child,” the bishop said, “so God will guard, guide and protect us in his providential care.” He said angels – especially our guardian angels – take on this role.

After Mass, the Serrans moved to the dining room of the cathedral rectory where they enjoyed refreshments followed by a membership meeting.

Rob Winings of St. Dominic Parish in Shaker Heights and a member of the East Serra Club, shared a history of the group, which dates to 1951 in the Cleveland Diocese. There are Serra Clubs in Cuyahoga, Lorain, Lake, Geauga and Summit counties.

“We pray a lot,” Winings said, adding those prayers are for many intentions, including vocations, priests and religious. “We have a lot of people who pray a lot,” he said. Serrans meet monthly, often for Mass, prayer, fellowship and a speaker. “We are always trying to become better Catholics,” Wining added. 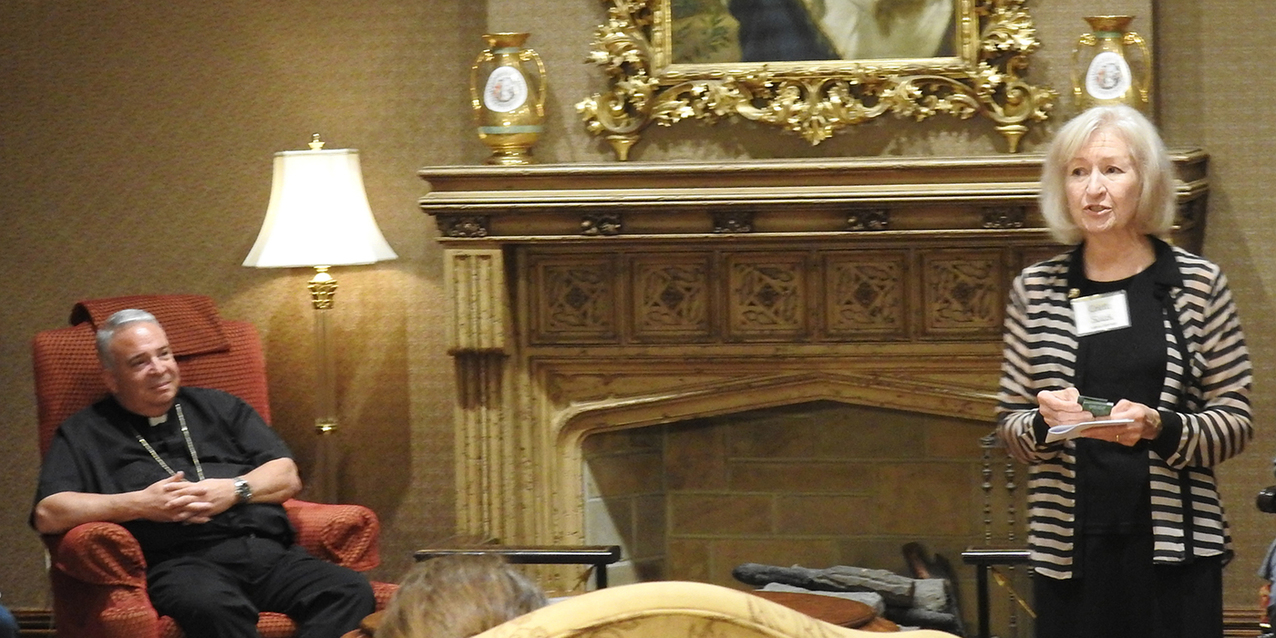 “We love to share our faith. It’s refreshing to sit at a table and be able to talk about Jesus freely without any anxiety,” he said.

Emily Cudnik, a St. Clement, Lakewood, parishioner, talked about how she got involved with the Serrans. She and her husband, John, met at Franciscan University in Steubenville, Ohio in 1993. The couple has four children, ages 8-16, and she is vice president of vocations for the West Side Cleveland Serra Club.

Cudnik learned about the club in 2018, when she was invited to attend the Bishop’s Seminary Brunch, a fundraiser for Borromeo and Saint Mary Seminaries. She was awed at what she learned and decided she needed to get involved. She also decided to reconsecrate herself to the Blessed Mother in August 2018.

“I didn’t need to be sold (about joining the Serrans). It’s where I needed to be,” she said. “And I sold the idea to my husband by telling him we could have a date night for $30,” she quipped.

Since joining the Serrans, Cudnik has “adopted” a seminarian – someone she didn’t know, but whose biography mentioned his devotion to the Blessed Mother. “I knew that was my guy,” she said. Her family prays for the seminarian daily, includes him in their Mass intentions and they send him a card or a note at least monthly to offer spiritual support as he continues his discernment for the priesthood. They also are invited to seminary events to help foster their support of seminarians and vocations. 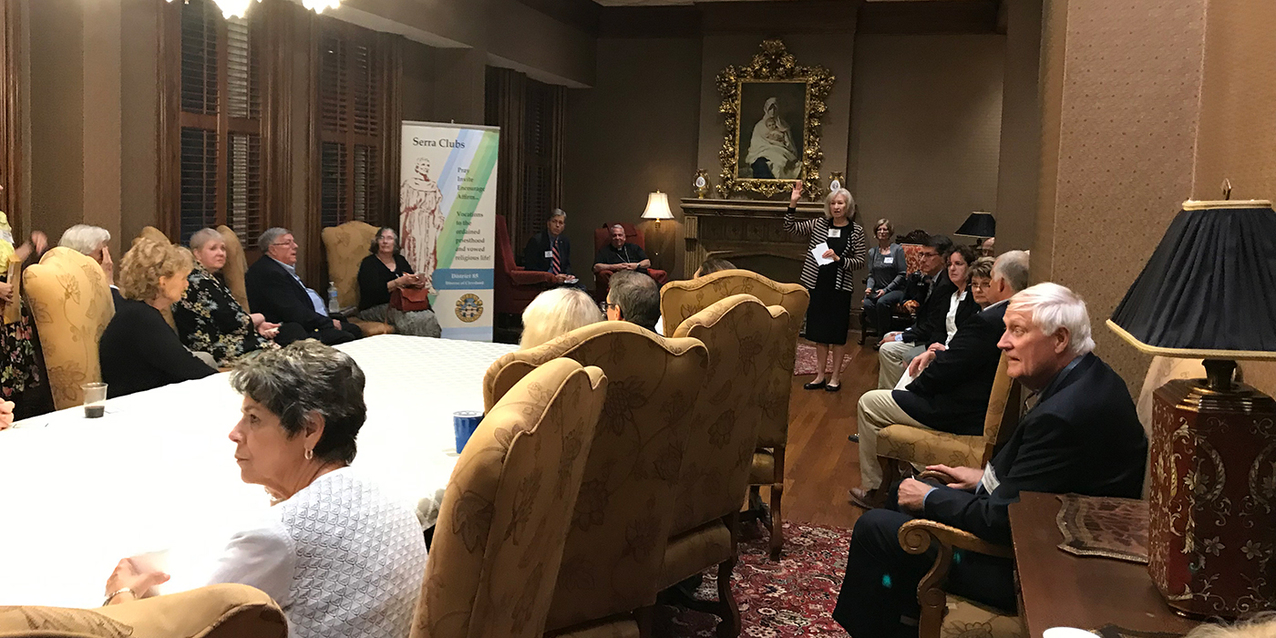 Alex Clark, a Saint Mary seminarian, said support from people like Cudnik and the Serrans do make a difference.

His home parish, St. Francis de Sales in Akron, has rich history of vocations – both priesthood and religious life. He said about 11 men from the parish have entered the seminary in the past dozen years to discern the priesthood. Not all have been ordained, but he said that is part of the process. And about six women have become religious sisters in the past dozen years.

“I was a secret discerner,” he said, explaining that he began pursuing his vocation near the end of college. He contacted Father McCandless and quietly began exploring the priesthood. “So I was one of the people you were praying for when you prayed for vocations, but no one knew it,” he said.

Clark said when the parish began to add Eucharistic adoration during the week and the pastor asked for additional prayers for vocations, things began to happen.

“This shows the importance of intercession and the people praying for us. It matters more than you know,” he added. 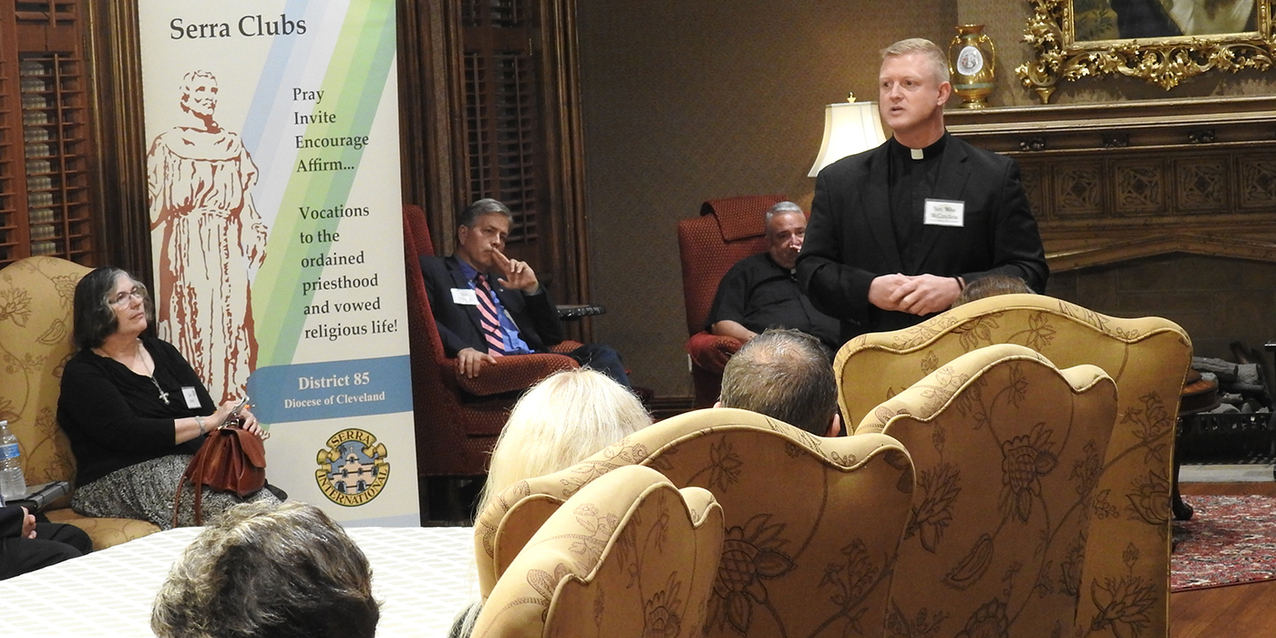 Father McCandless, who was a member of Holy Family Parish in Stow before entering the seminary, shared first encounter with the Serrans.

He was a frequent altar server – even through high school. “I enjoyed serving Mass,” he said. One day, a couple came up to him and told him that he looked like he belonged on the altar. “They asked me if I’d ever considered becoming a priest. And they told me they’d been praying for me for years. I didn’t even know that they were Serrans,” he added.

Father said there is evidence to show that vocations increase when Eucharist adoration increases in parishes. And he said prayer – like that of the Serrans – is another important factor.

When asked what he does as vocations director, Father McCandless listed three key things: cast out lies, encourage hearts and catechesis and teaching. He said Serrans pray, are present, pay attention to the vocational culture in the diocese, teach and encourage.

“We have one of the best Serra Clubs in the United States,” he said, adding that he’s learned about other clubs in other areas of the country through his work in the Vocations Office. 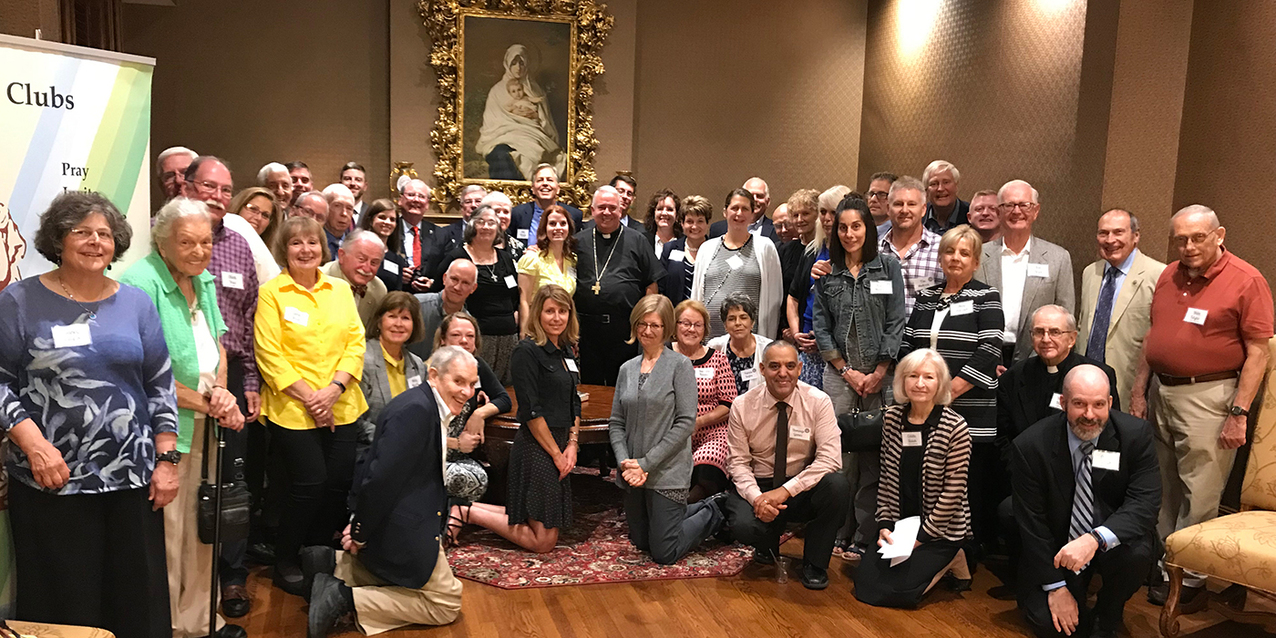 “There are people who have been involved with the Serra Club for decades –think about all those prayers. It’s a great family in our diocese,” he added.

Bishop Perez echoed the words about the power of prayer, sharing a story about the first parish where he served as pastor. He said he was excited to take on the challenge, which included a large parish of about 3,000 families and a school with about 600 students. What he didn’t know – but learned just days later – was that the parish was $1 million in debt and soon would be unable to make its payroll.

“The parish had an adoration chapel and so I decided to pray to the Lord to help me figure this out,” he said. A couple of weeks later, he said the parish business manager knocked on his door in the rectory – which was very unusual. “I thought he was going to quit,” the bishop quipped.

Instead, he was informed that a longtime parishioner had died several months before and left the parish $300,000 in her will. “Never underestimate the power of prayer,” he said.

In another story, Bishop Perez told the Serrans about his aunt, who had been a religious sister in Cuba. Although he never met her, she was his godmother. The bishop explained that when his parents fled Cuba, his mother was pregnant with him. 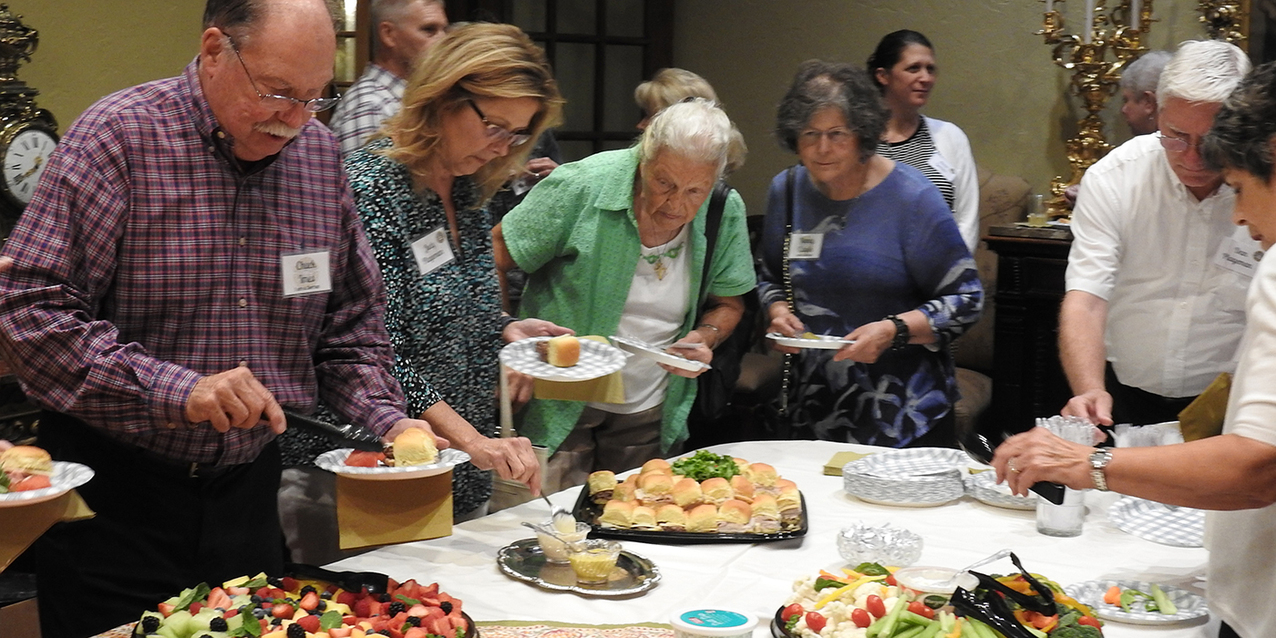 “My aunt told her the baby she was carrying would be a boy and he would be a priest,” Bishop Perez said. “And that was way before ultrasound.”

His aunt died in 1970, nine years after his birth and 19 years before his ordination to the priesthood.

“Never underestimate the power of prayer,” he repeated.

The Serra Club traces its roots to 1935, with the first club established in Seattle, Washington. There are more than 1,100 clubs in 46 countries around the world. The more than 20,000 Serrans are lay Catholic men and women of all ages and backgrounds who create a culture of vocations. The club is named after St. Junipero Serra, the 18thcentury Spanish Franciscan missionary who founded 19 missions along the West Coast.