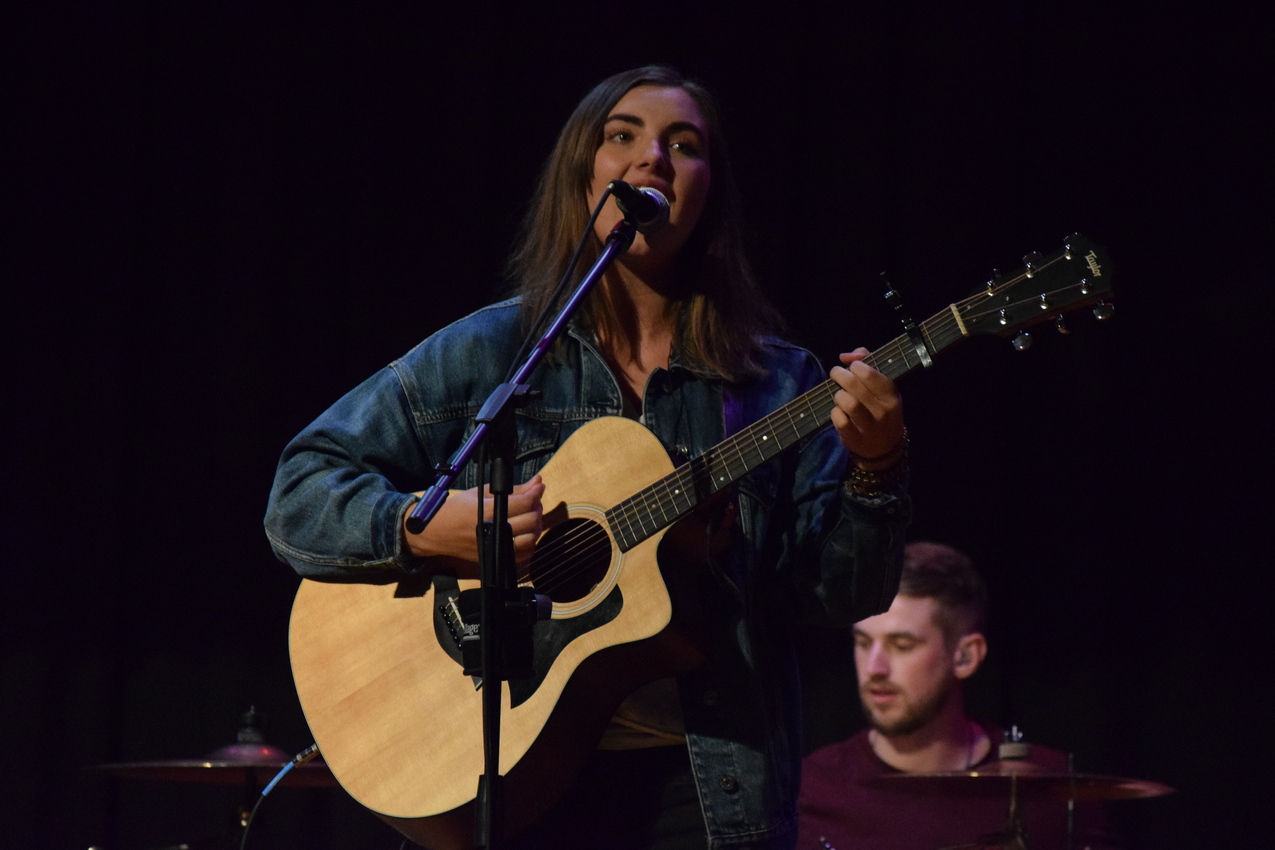 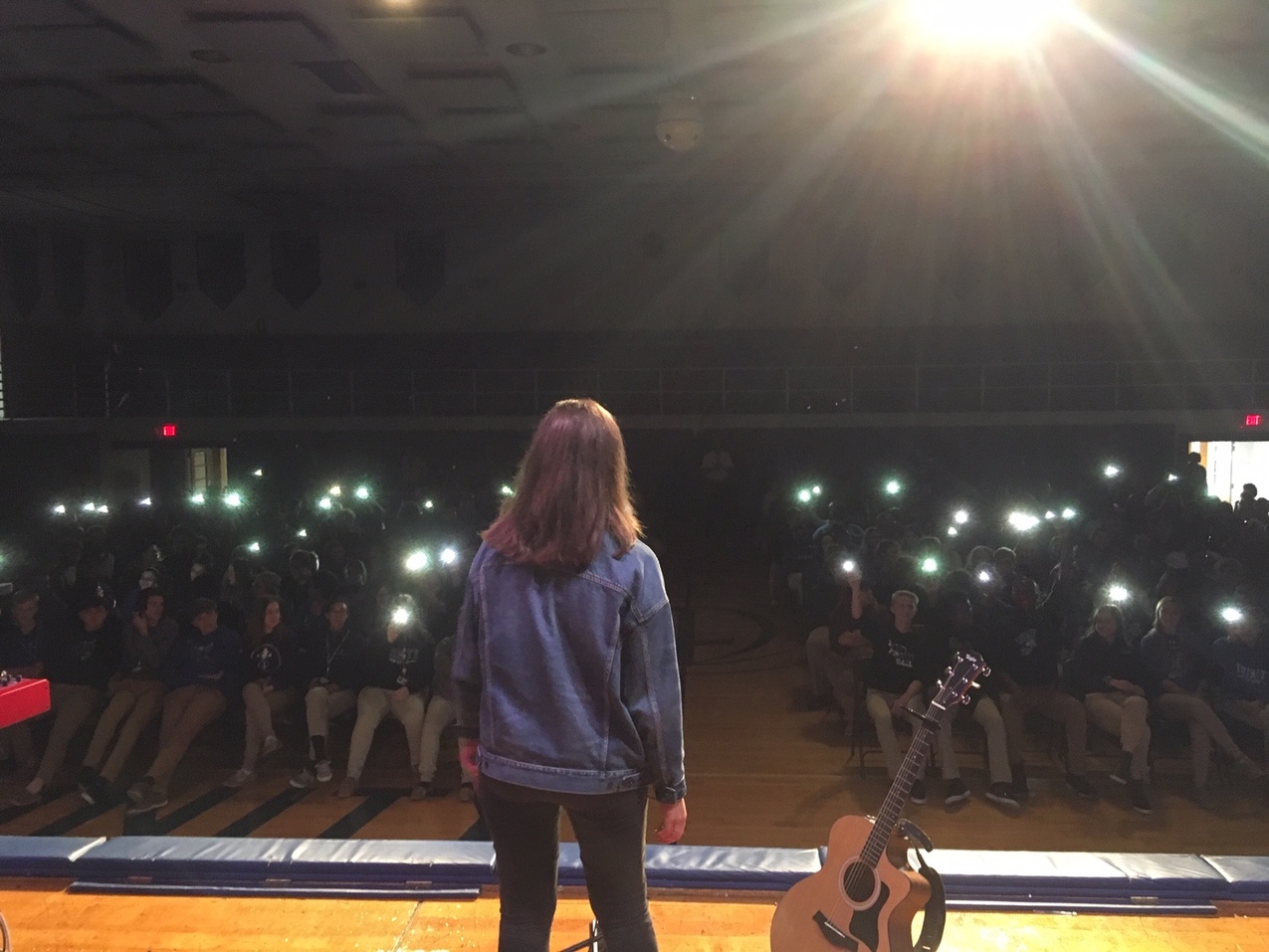 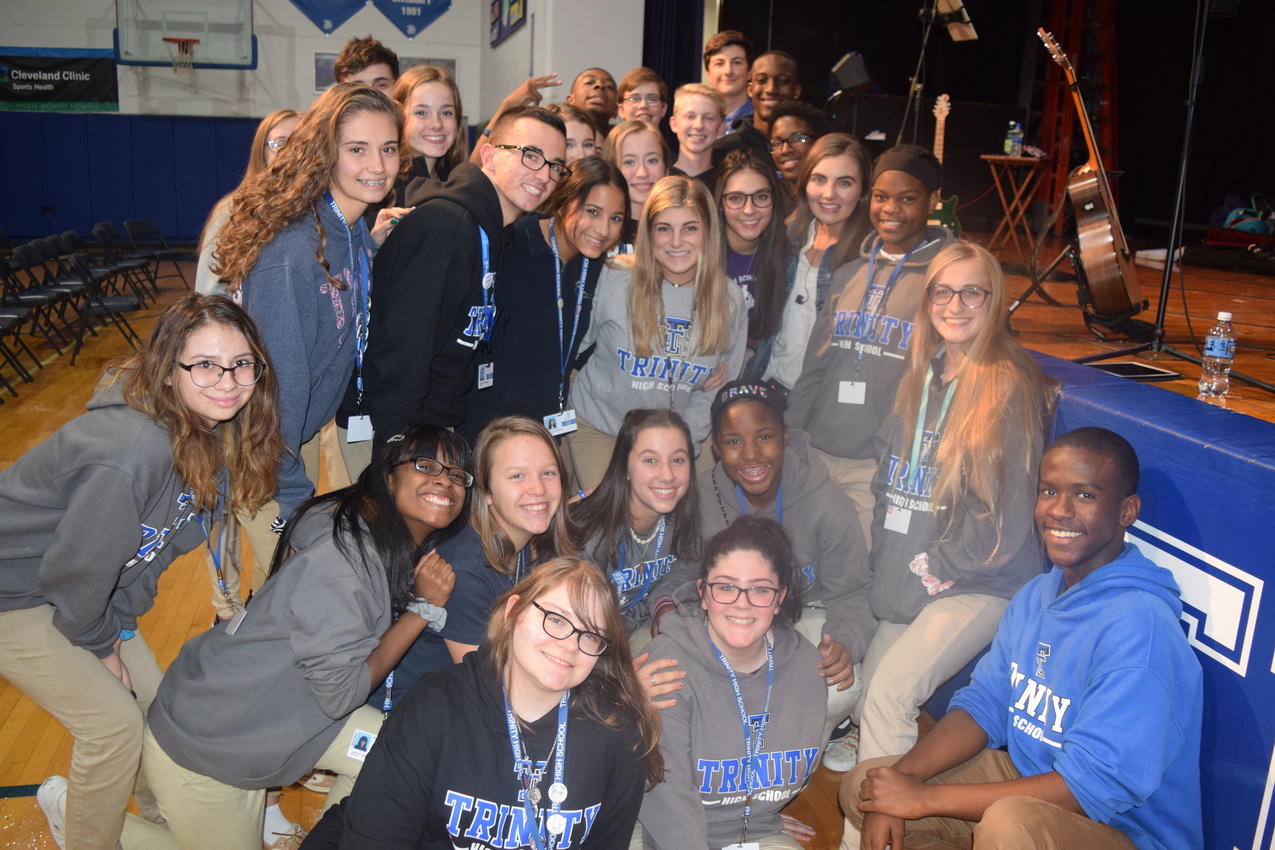 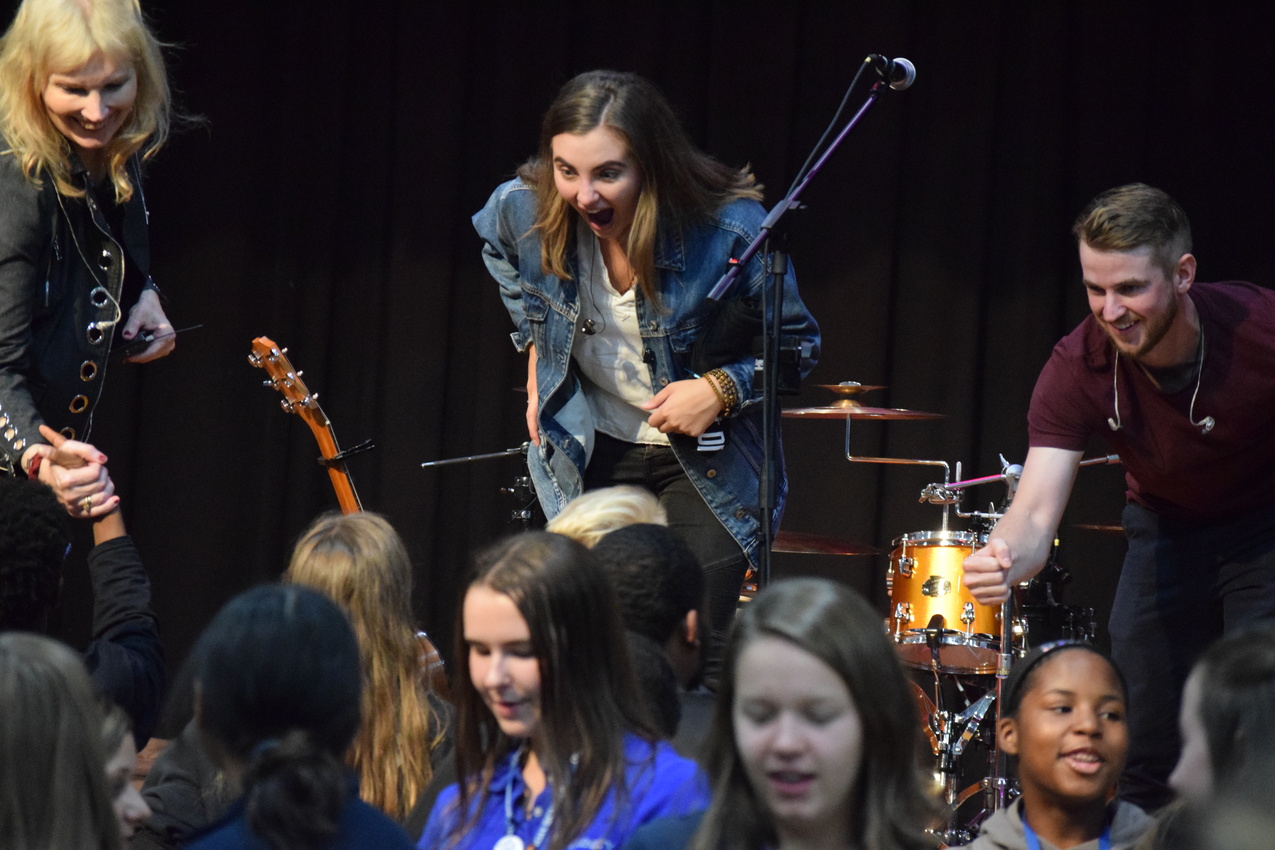 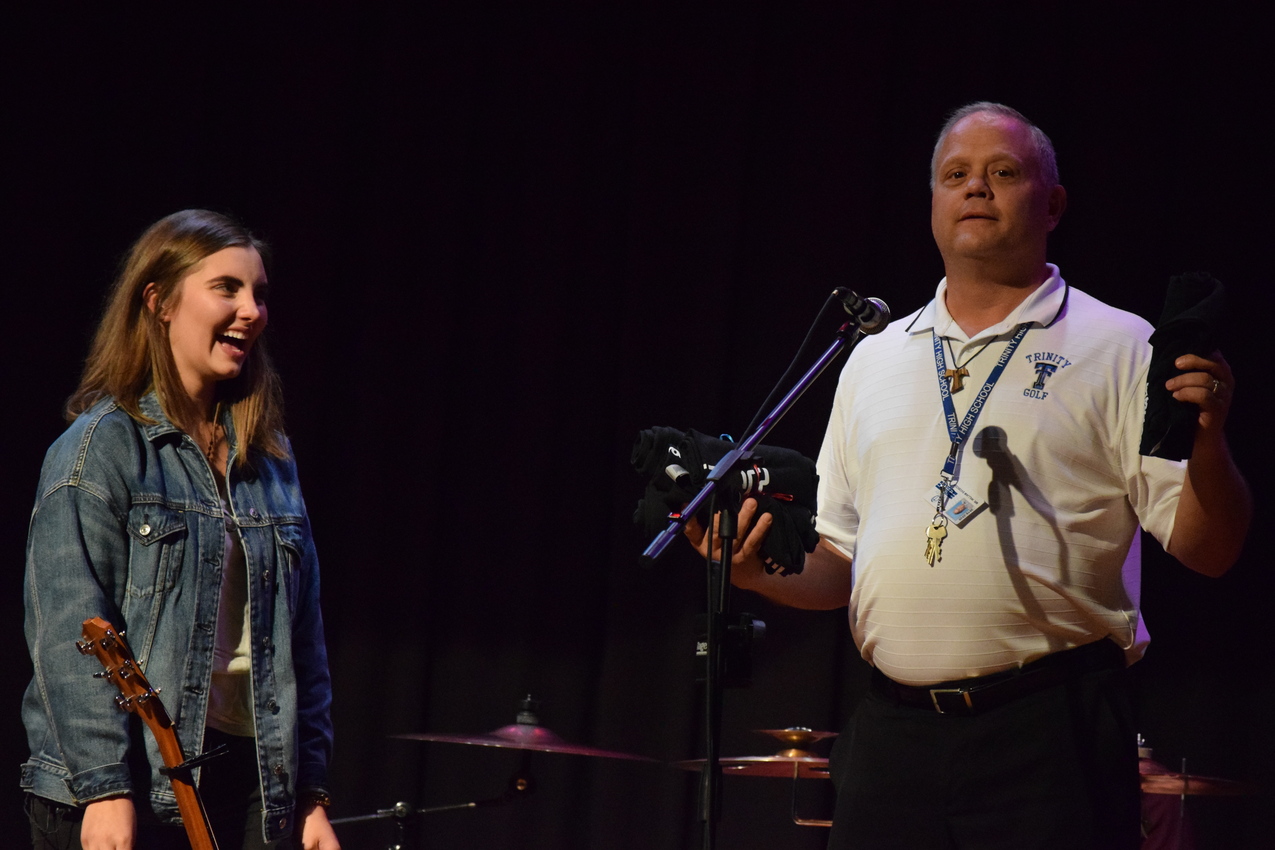 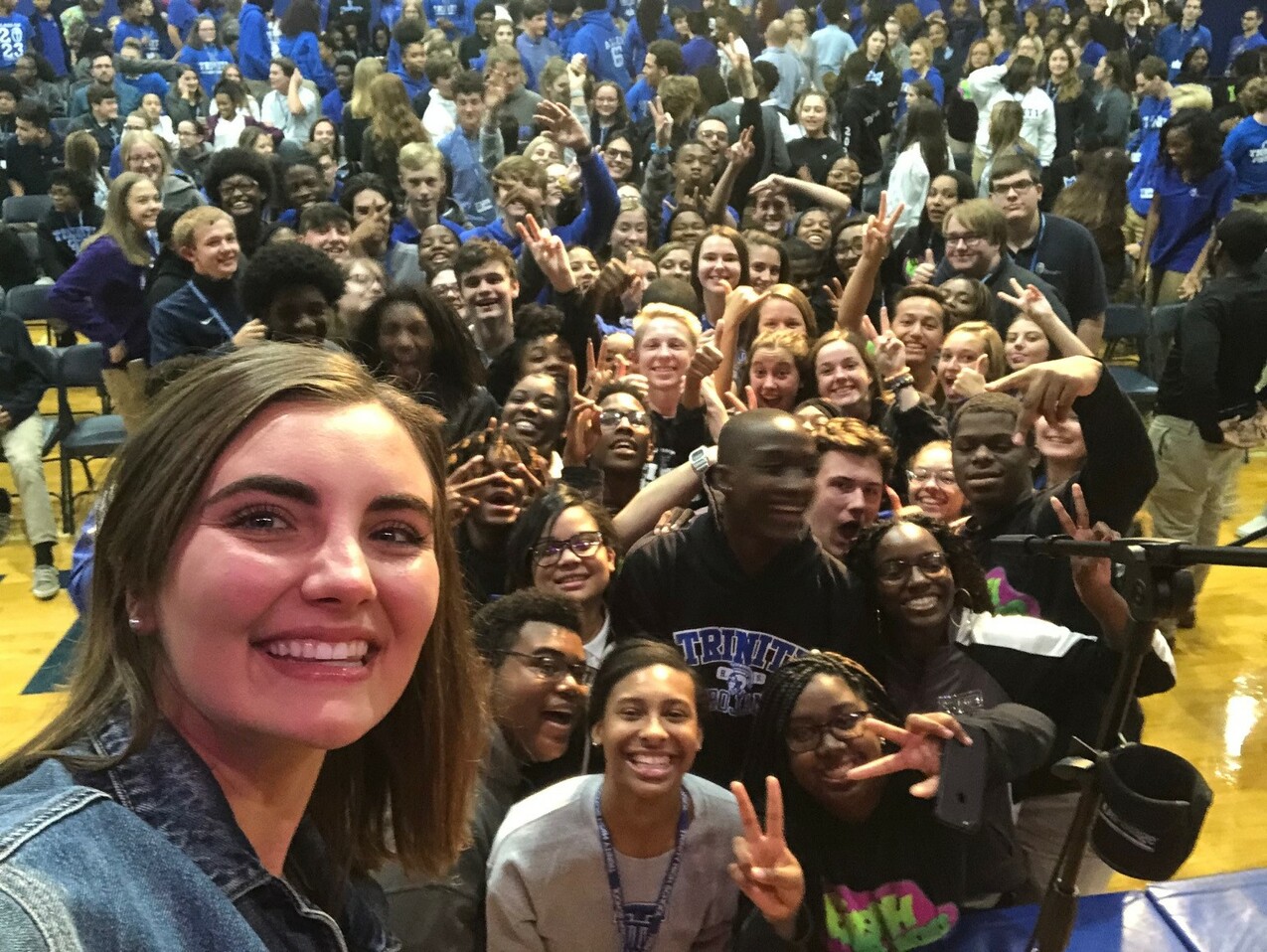 Taylor Tripodi is one of the top 30 Catholic singers in the world and she calls the Catholic Diocese of Cleveland home. Tripodi, a 2012 graduate of Trinity High School in Garfield Heights who majored in catechetics and theology at Franciscan University in Steubenville, is using her vocal talents to spread the word of God.

Tripodi returned 'home' on Oct. 10 to her alma mater and performed in front of a very energetic student body and staff. She sang songs from her August release, "Awakening,” as well as other singles that had the students out of their seats, clapping, singing along and waving their hands in the air. Tripodi also found time for prayer with the gathering, delivering inspirational messages along the way.

"Every one of you is beautiful. Don't listen to the noise around you saying you aren't a beautiful person," she said. "The one voice who is always there for you, and knows how beautiful you are is God."

Tripodi always had the passion to be a Christian artist, and was "discovered" by accident during a Trinity retreat by Assistant Principal Bill Svoboda. "At a very young age God entered her heart to move and change lives," he said. "She asked to sing around the prayer fire and I said OK. She immediately grabbed her guitar, plopped into the dirt, and her life and my life were never the same. It was amazing what came out of that beautiful voice from the very beginning."

One of the crowd favorites during the show was the new single “We Are Alive,” where Tripodi explained the song's powerful message before having the contingent sing along. “We all experience suffering in life, we all experience things that are painful, but we have to remember as baptized people, we have the power of Christ within us. We are alive because He says that we are alive."

After the performance, Svoboda presented Tripodi and her bandmates “Got Prayer?” T-shirts that have become iconic within the Trinity community. Tripodi smiled and told him that she still has hers from her days at THS.

"I love Trinity. Coming back today brought back so many wonderful memories of my time here,” she said.

After the show, Tripodi asked the student body to take a selfie with her, and the kids wouldn't let her leave. She stayed around for more than an hour talking to them about her music, and the role of God in all of their lives.