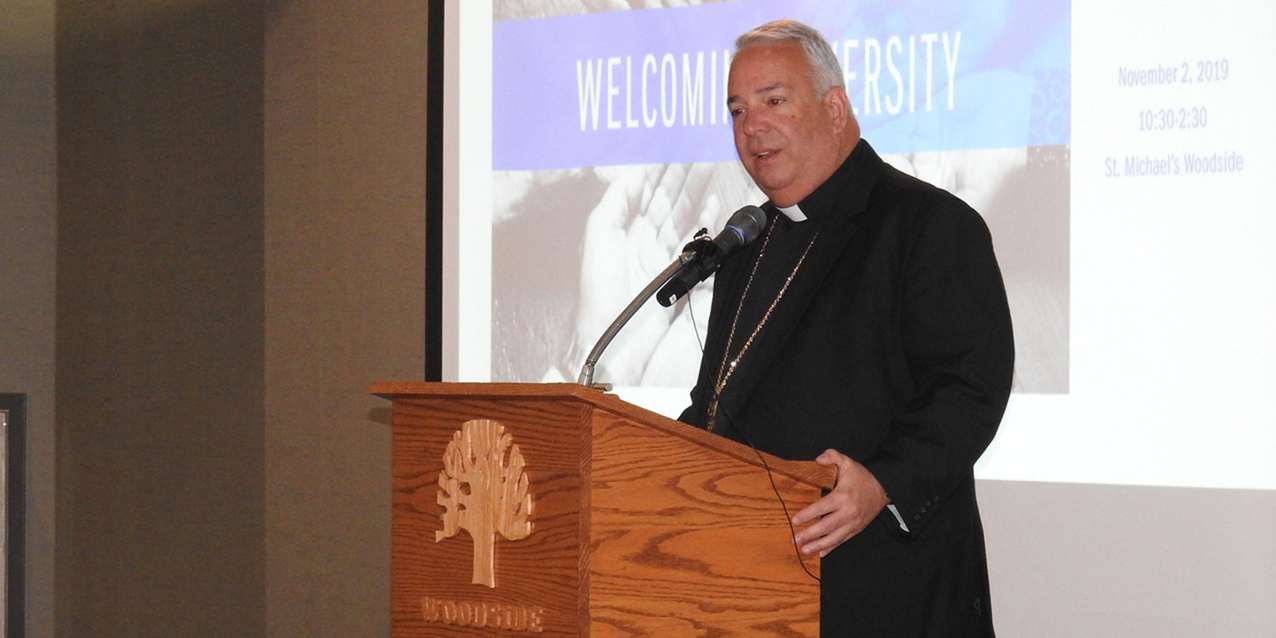 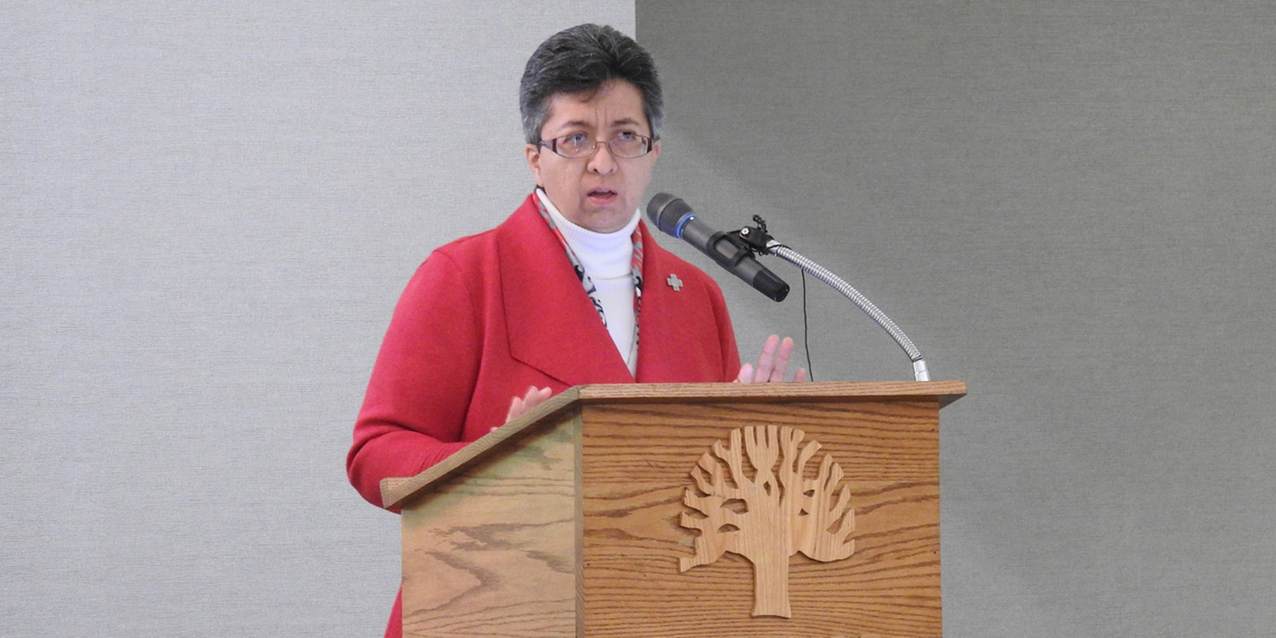 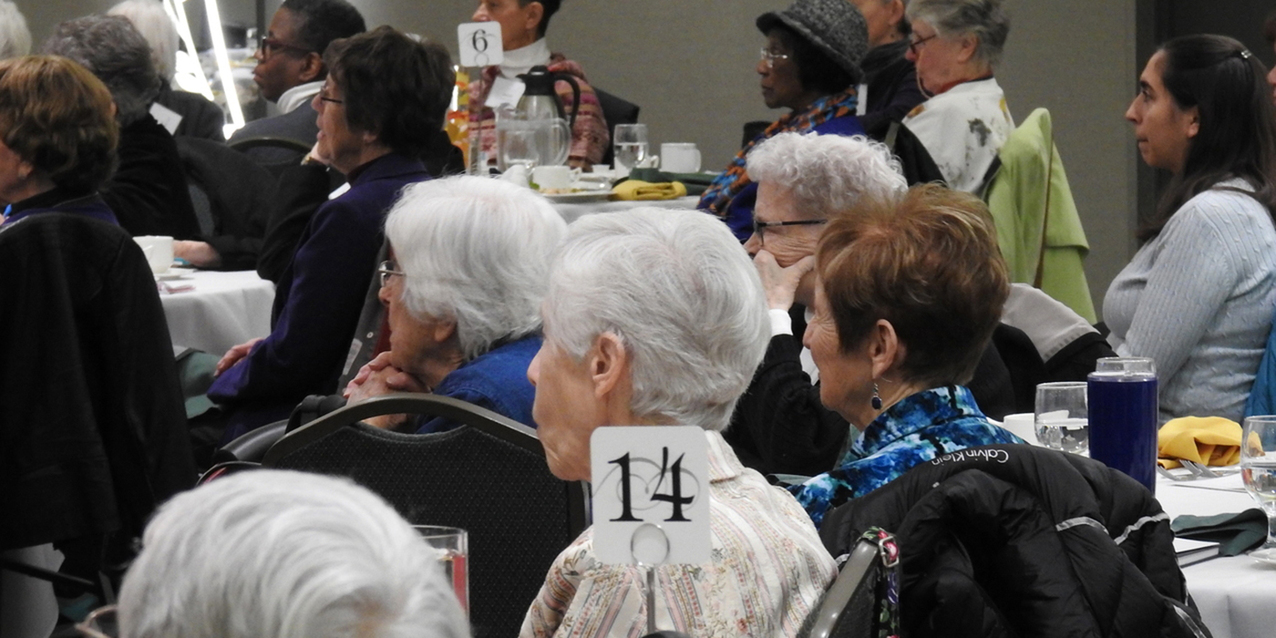 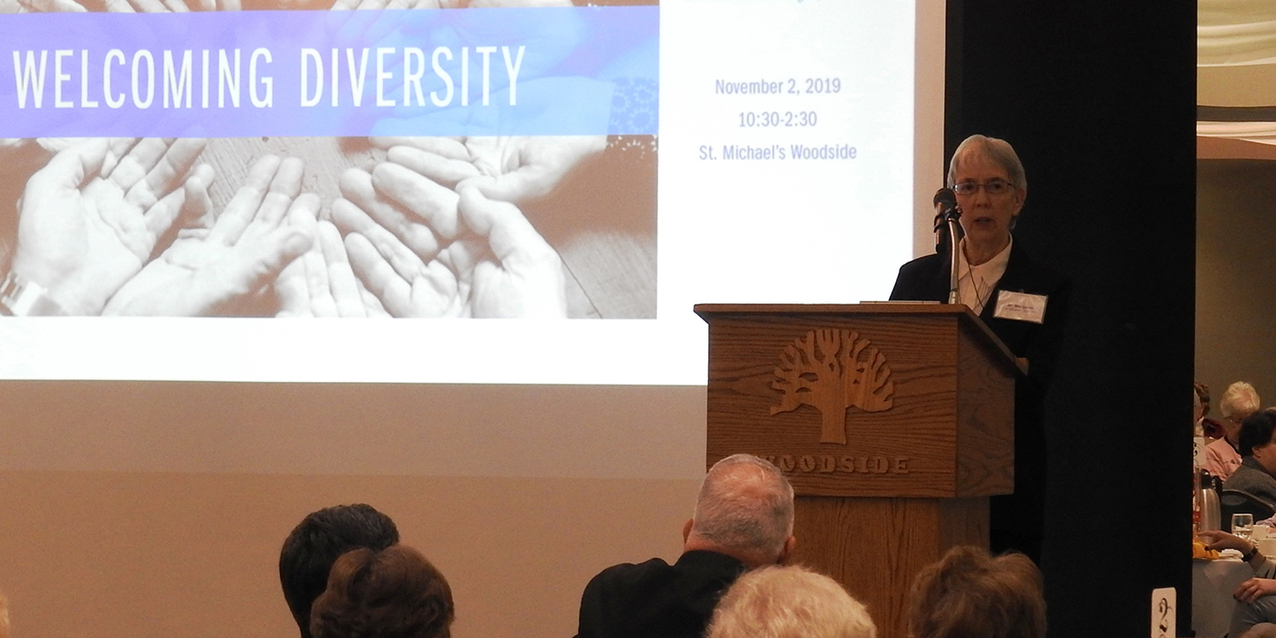 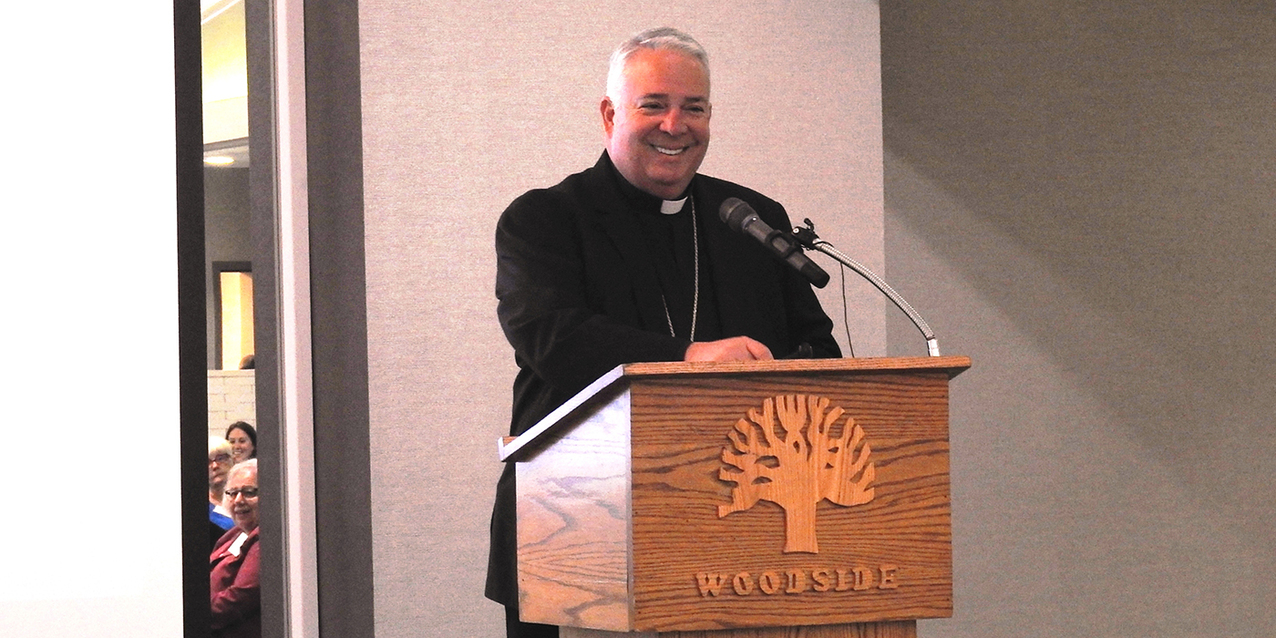 About 200 people spent part of the day on Nov. 2 focusing on diversity during a Sisters Convening program at St. Michael’s Woodside in Broadview Heights.

“Welcoming Diversity: Creating Community for All” was the topic of keynote speaker Sister Teresa Maya, CCVI, who travelled from San Antonio, Texas for the event. The program was co-sponsored by the Conference of Religious Leadership and the Sisters of Charity Foundation of Cleveland with support from the Conrad N. Hilton Foundation.

Bishop Nelson Perez, who returned from a diocesan pilgrimage to the Holy Land the previous day, briefly addressed the group before Sister Maya spoke.

He noted that there are hundreds of religious sisters in the Catholic Diocese of Cleveland and they make a valuable contribution through many ministries.

During his time in the Holy Land, the bishop said he encountered much diversity. Pilgrims regularly travel there to see where Jesus and the apostles lived and preached. The visitors are very diverse, he said.

“You can hear people talking and praying in many different languages. And if you listen, you hear what God hears,” the bishop said.

Sister Maya said diversity is part of the fabric of our lives whether we realize it or not. And she said discrimination and prejudice also are common – even in the Church. She mentioned instances within her own religious community in which she experienced insensitive comments about her Mexican heritage.

“The world around us is changing quickly,” she said. And unfortunately, sometimes corporations recognize the need for diversity faster than the Church does. “This saddens me,” she added, noting that the awareness can help a corporation’s bottom line.

“Why is it so difficult for some faith communities to welcome diversity?” Sister Maya asked.

We are beyond the “melting pot” stage in our cultural diversity, she said. “There is no melting pot big enough for all our diversity,” she added.

Diversity is more than just heritage, Sister said. It also includes age, sexual orientation, race, physical disabilities, political affiliation and many more things. As a result, she said we need to expand our definition of diversity. She suggested that attendees broaden their horizons and step out of their comfort zone to attend a Spanish Mass or go to an African-American church. Watching movies and reading books that focus on diversity are some other ways to become more diverse.

When immigrants came to the United States, they were urged to speak English and to adapt to the American culture. In the past, even religious communities wanted the sisters to speak English. “They couldn’t eat their (native) foods or visit their families,” she said. That is no longer the case.

Sister Maya, who is congregational leader of her community and is concluding a three-year term as president of the Leadership Conference of Women Religious, said religious congregations need to be more diverse in every way. She invited attendees to look through kaleidoscopes that were passed around the room.

“It’s a beautiful view with new patterns every time you turn it. But light and all the pieces are needed to complete the view,” she said.

Sister Maya compared the light needed to see the kaleidoscope’s images with the Holy Spirit.

While it’s OK to be who we are, Sister said we need to be aware of our biases and to notice diversity. “If our unconscious bias kicks in, maybe we need to turn off the light,” she said.

But being aware of bias is only one step. We need to embrace change, she added. Sister Maya pointed out that even Jesus had to change, illustrating her point with the story of the woman at the well who broke with the norm and addressed Jesus, even challenging him.

“Go back and read the Gospels with the lens of diversity,” she said.

There is a call to a new intercultural diversity and we need to move, Sister said. There is a grace in “letting go,” she added.

Pope Francis has placed a priority on embracing diversity, most recently in the Synod of the Amazon, which she said calls us to look at the beauty of creation and its diversity.

“We need to make room for diversity in our lives,” Sister told the group.