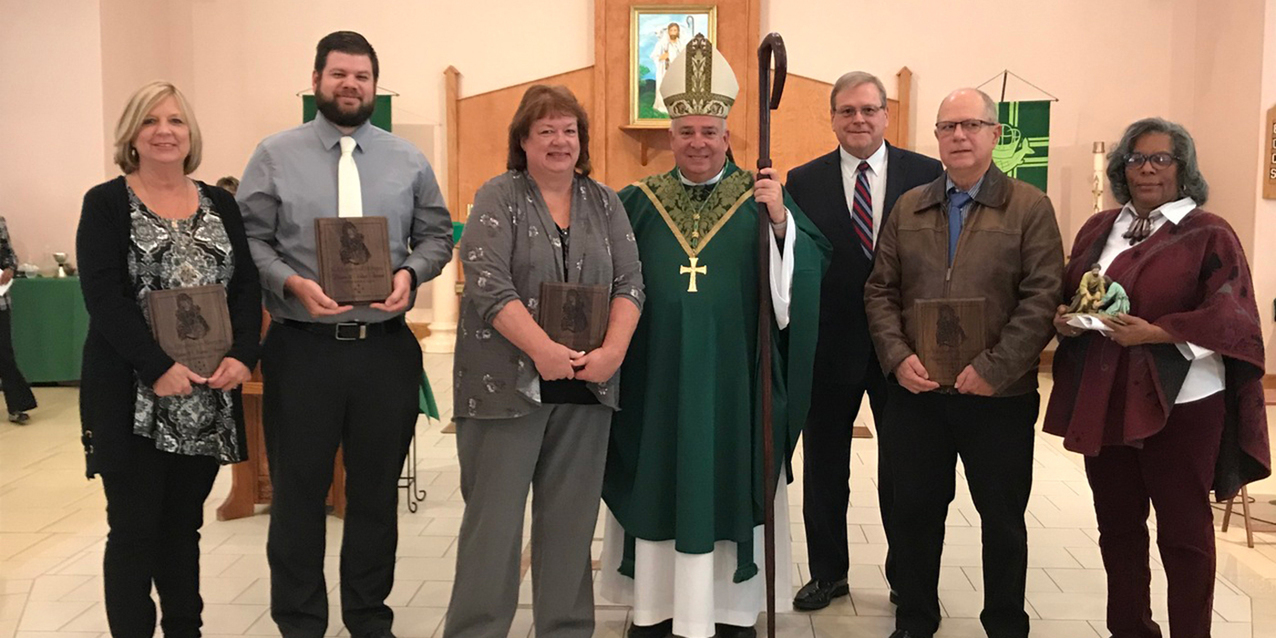 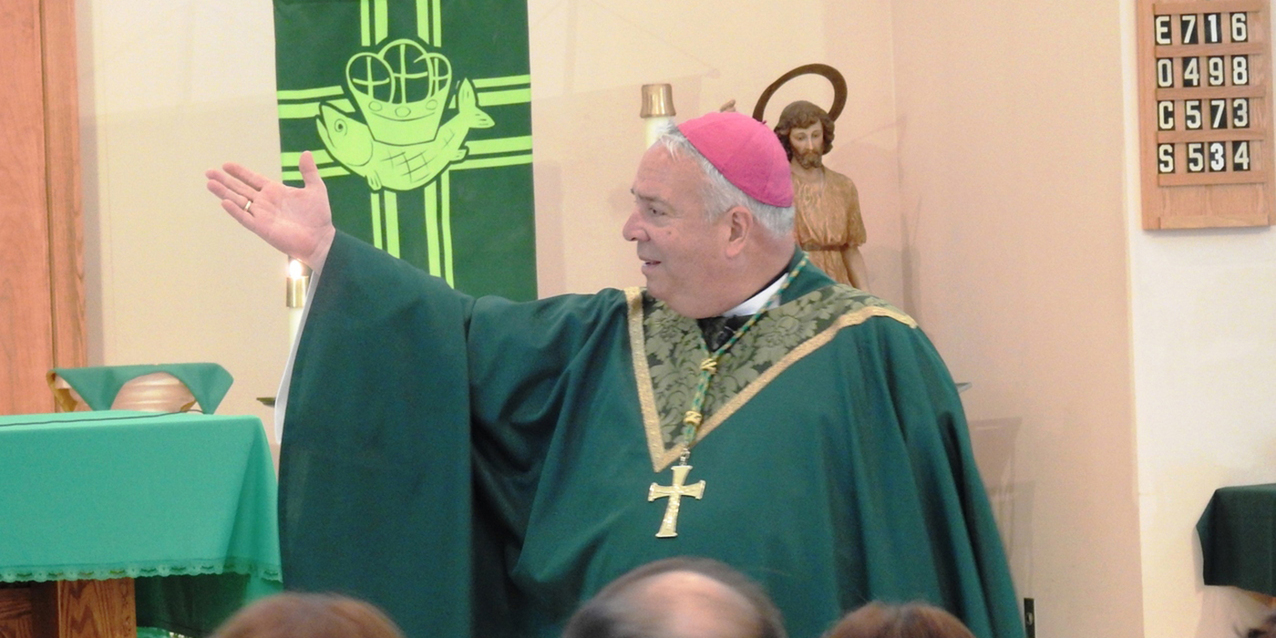 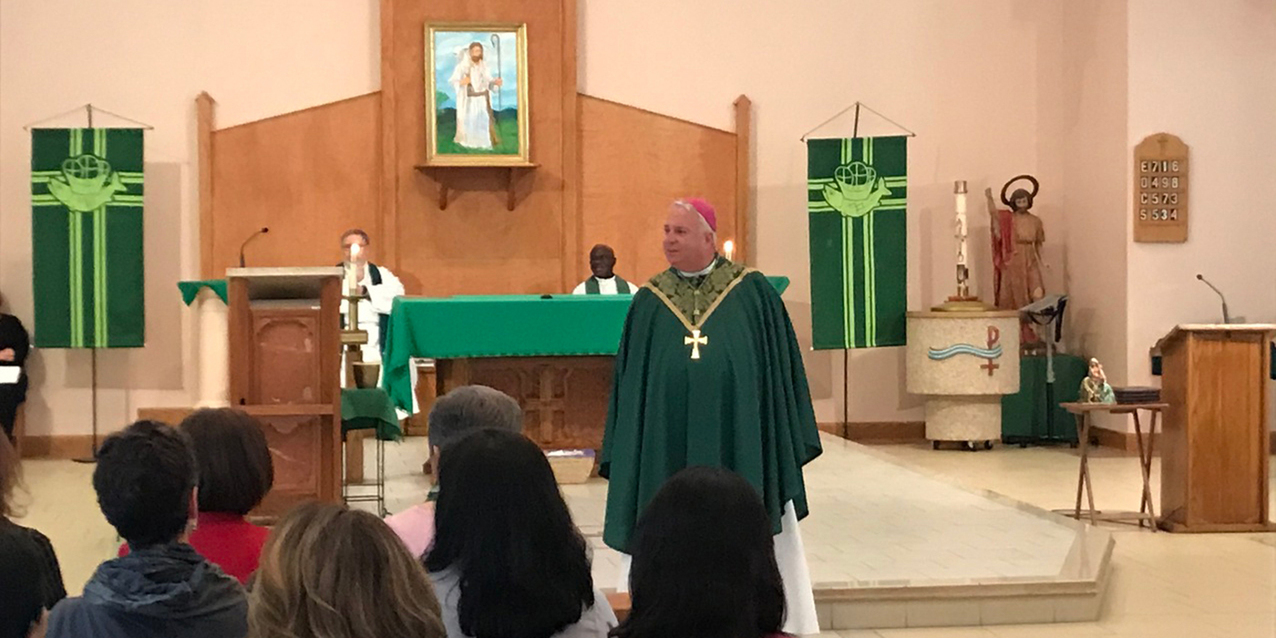 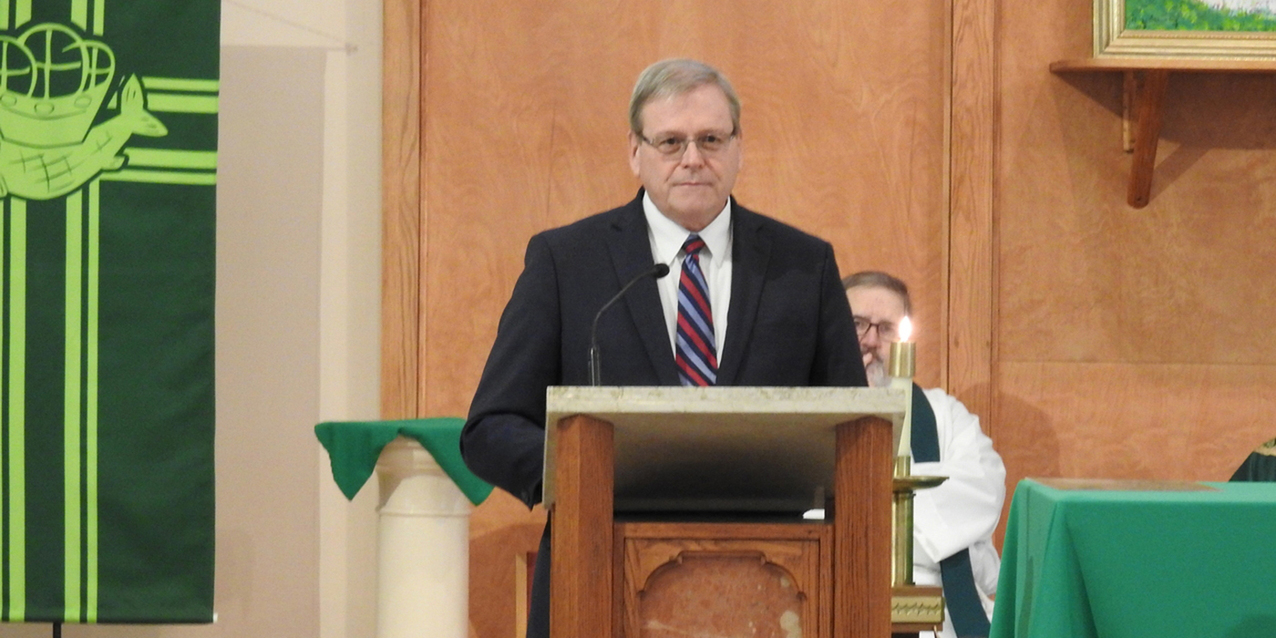 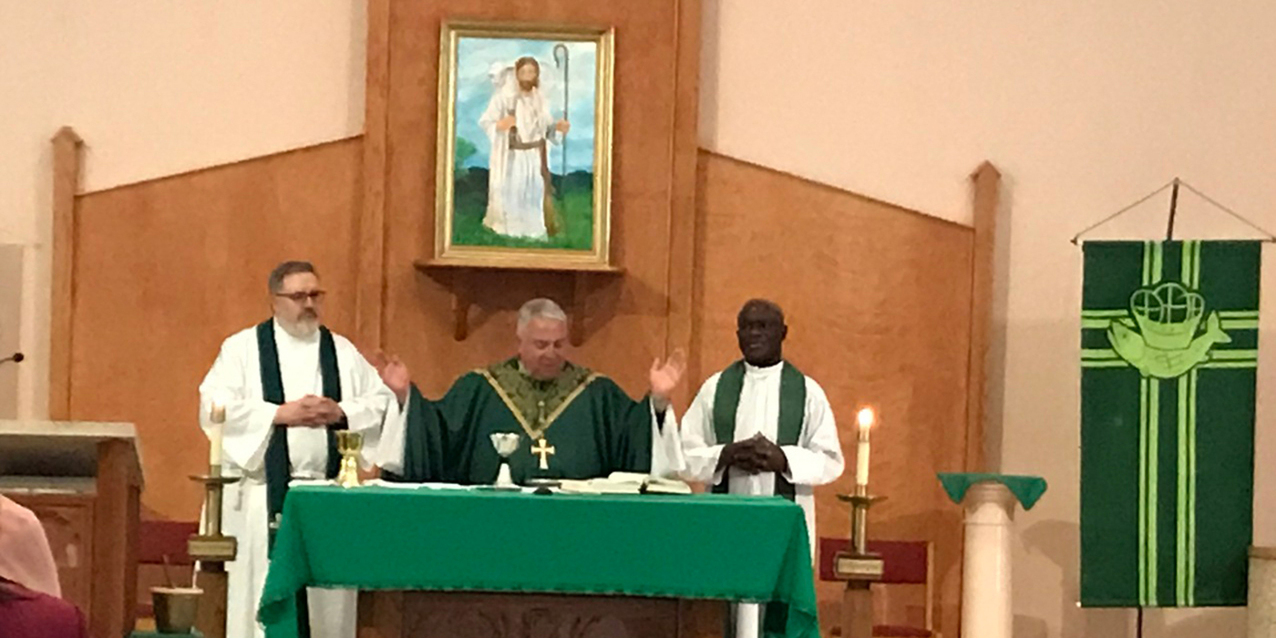 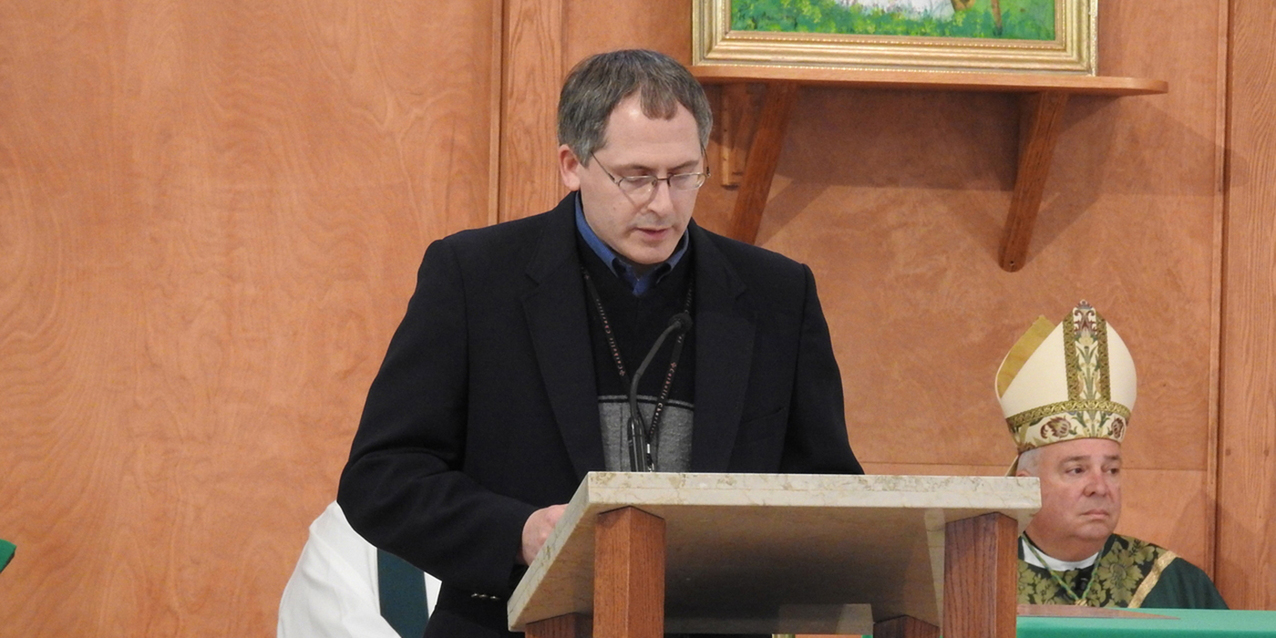 Patrick Gareau, president and CEO, Catholic Charities, Diocese of Cleveland, was disappointed to learn that the winner of the organization’s 2019 St. Elizabeth of Hungary Award could not attend the Mass and awards presentation program on Nov. 8. But when he learned why, Gareau understood.

“He’s putting a new roof on a house for someone who can’t afford it,” Gareau explained, adding, “That’s the type of person he is.”

Roger Himmelwright, Emergency Services, Painesville Food Force, was slated to receive the honor, the highest service presented by Catholic Charities. He was being recognized for going above and beyond the call of duty as he ministers to needy clients in the Painesville area. The award, a statue of St. Elizabeth of Hungary, was presented after the annual Mass at Sagrada Familia Church in Cleveland. The church is next to Catholic Charities’ headquarters in the former St. John Hospital, which is occupied by St. Augustine Health Ministries, Catholic Charities and other offices. Melissa Sirak, who heads Emergency Services, accepted on Himmelwright’s behalf.

Gareau said the service award is named after St. Elizabeth for her extensive work with the poor and marginalized. Although she was born into royalty and married royalty, St. Elizabeth used her wealth to help those in need whenever and wherever she could.

LaJean Ray, director of the Fatima Family Center in Cleveland, received the Servant Leader Award for her years of service at the center, which serves countless residents in Cleveland’s Hough neighborhood. It offers programs for children through senior citizens, a summer camp program, food pantry, health screenings, recreation programs, homework assistance and more.

Nominees also were recognized and presented with certificates at a reception that followed the Mass and awards presentation.

“Thank you for the witness you give of what charity looks like,” Bishop Nelson Perez told the Catholic Charities employees.

The bishop celebrated Mass at Sagrada Familia Church before the awards presentation. Concelebrating were Father Bill Smith, pastor of Our Lady of Grace Parish in Hinckley, and Father Januarias Lyimo, AJ, chaplain at St. Augustine Manor. Father Smith also coordinates pastoral care in hospitals for the diocese. The annual celebration takes place near St. Elizabeth's feast day, which is celebrated on Nov. 17.

“You’re a sliver of the charity workers in the diocese,” the bishop told about 100 Catholic Charities employees who gathered for the liturgy and celebration. He said they are the heart of the Church.

“I understand your world,” he said, noting that he previously worked as a clinical psychologist and was well aware of the paperwork and other requirements of their jobs. But as bishop, he also has a broader perspective of what they – and Catholic Charities – do and how it impacts people. The bishop said he has received some wonderful letters from people sharing their thanks for the assistance they got from Catholic Charities personnel.

He also gained a deeper insight into what the justice system does after spending a day observing in Cuyahoga County Common Pleas Court. “Prosecutors, public defenders, mental health caseworkers and others discussed their work. I had the opportunity to watch them in action. And your work came up constantly,” the bishop said. “They asked me if I was aware of what Catholic Charities does for people,” he said.

“I told them that I have a pretty good understanding,” he said. “And I want you to hear what I’m hearing. You may not get gratitude expressed to you very often; many people may not say ‘thank you.’ They may just walk away. But you are making a difference,” Bishop Perez said.

In the day’s Gospel, the bishop noted that Jesus presented the steward almost as a model of discipleship – even though he’s not honest and is making backroom deals with money that doesn’t belong to him. “He’s trying to save his skin. He’s innovative,” Bishop Perez said. He pointed out the steward was wise in the ways of the world, something that Jesus recognized.

We ought to be spending as much time in sacrifice, prayer and on our relationship with the Lord as we do with other things in our lives. He said we often complain that we don’t have enough time. “Time is something we all have. What matters is what we do with that time. We may say we don’t have time for Mass, yet you might spend an hour or more waiting in line at a restaurant because you want to eat there,” the bishop said. But our relationship with the Lord will outlast everything else -- including our jobs.”

“Thank you for all you do,” he added.