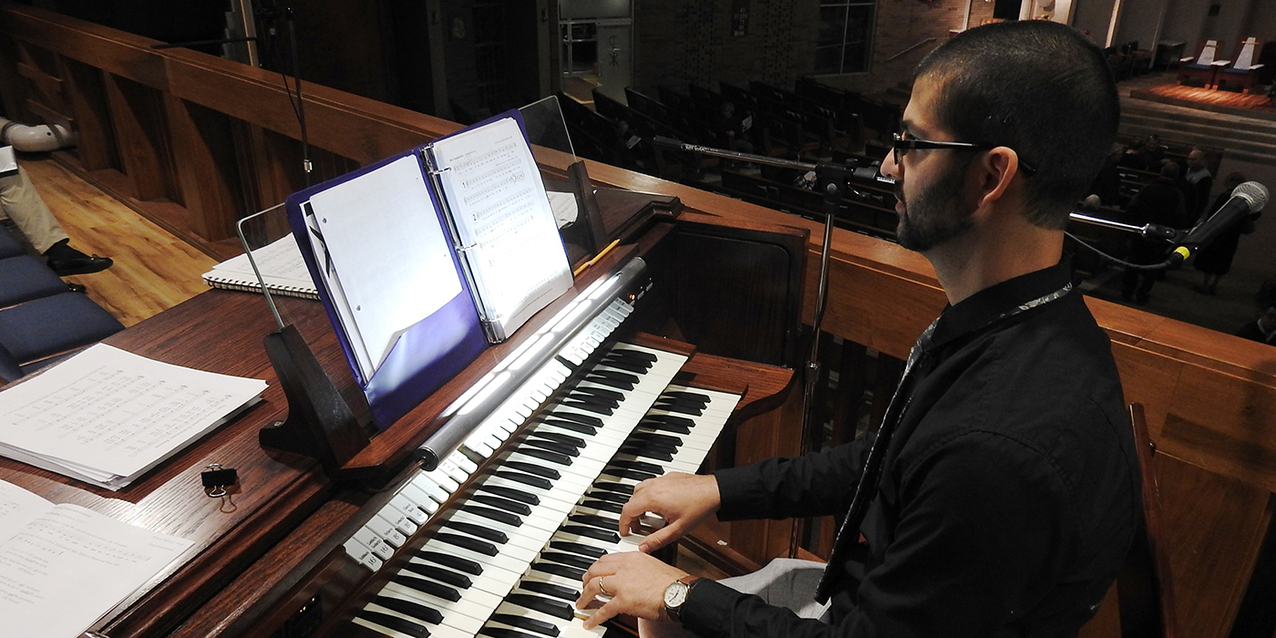 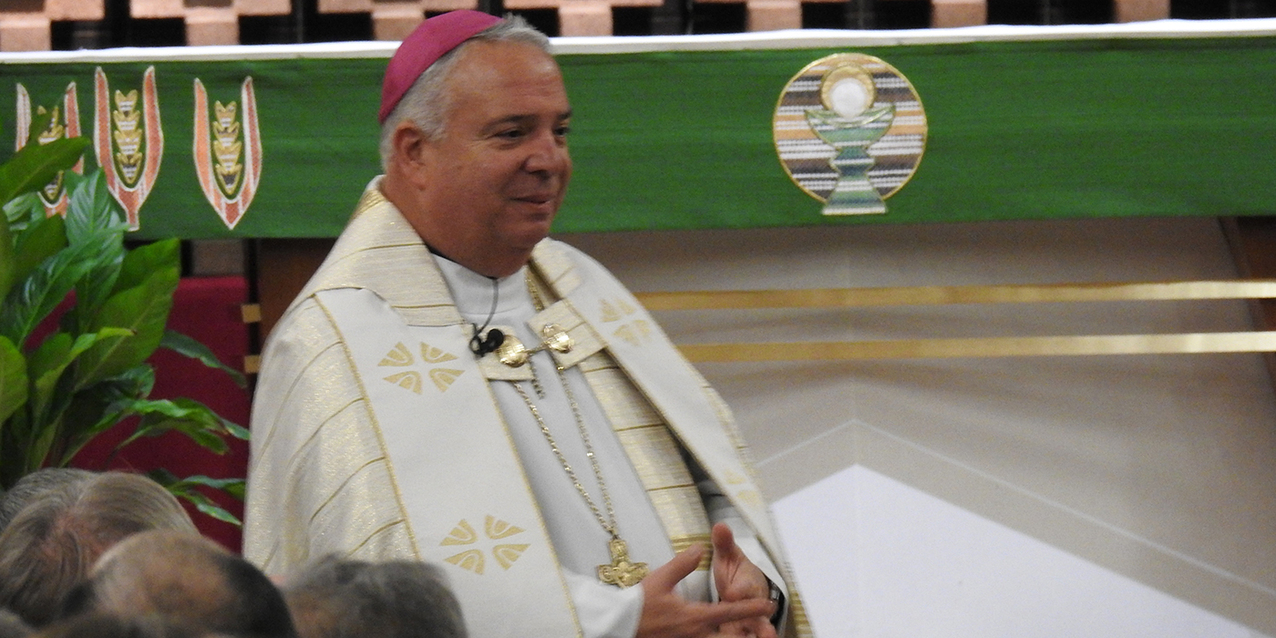 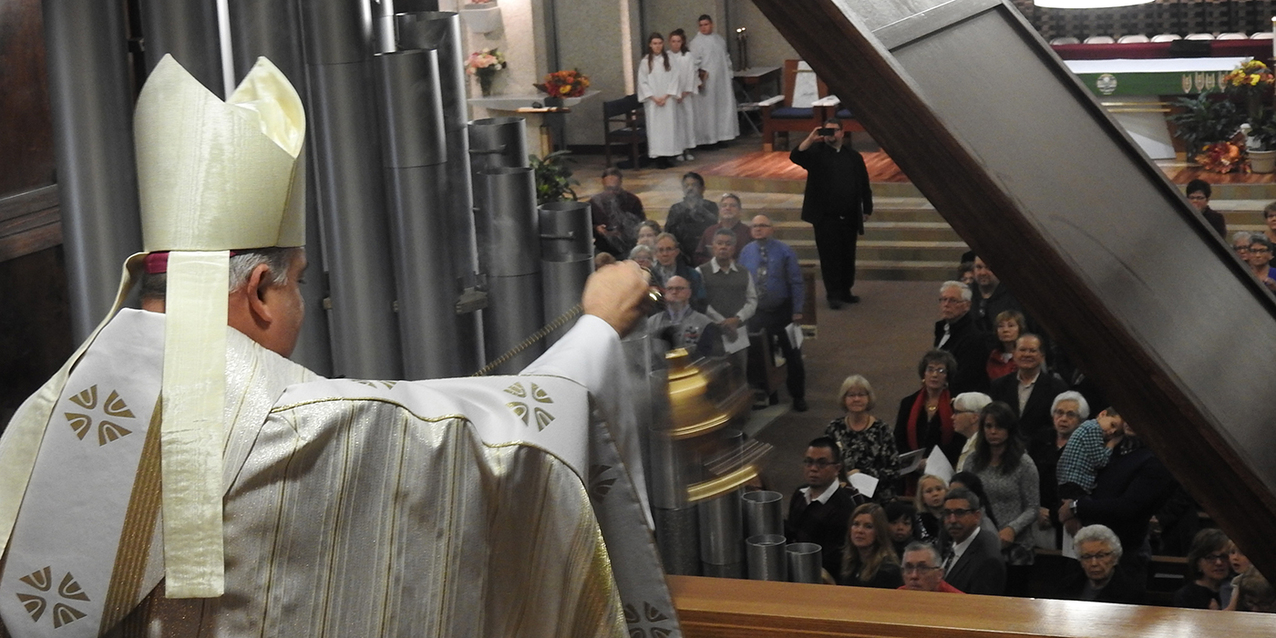 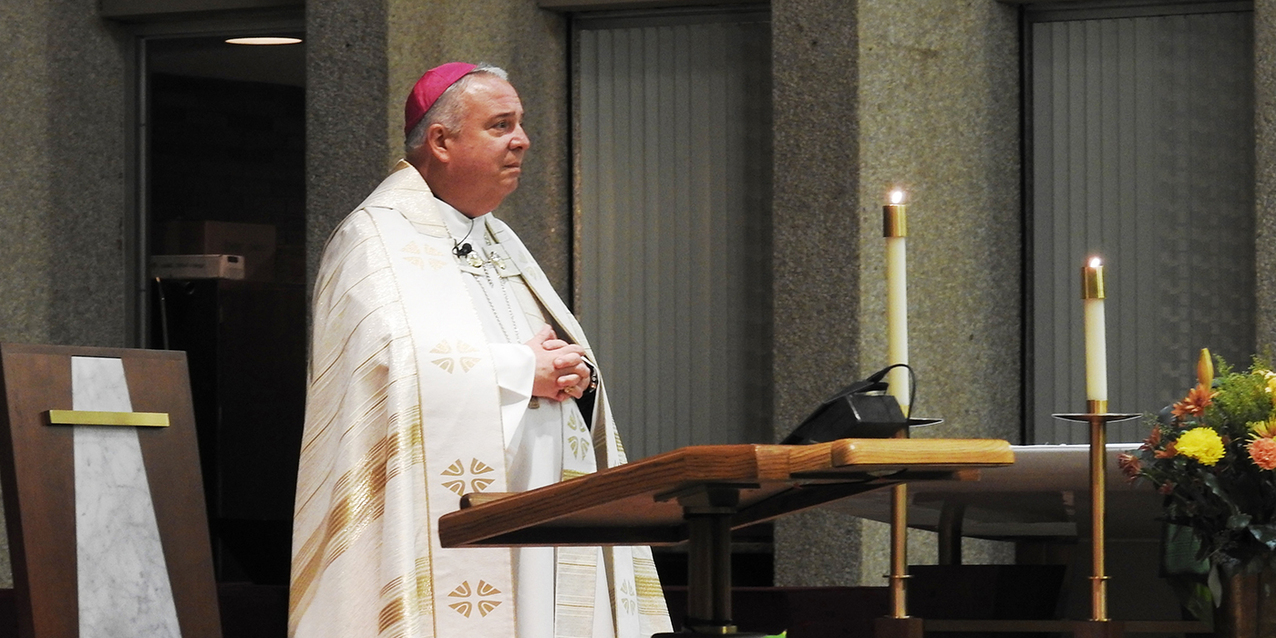 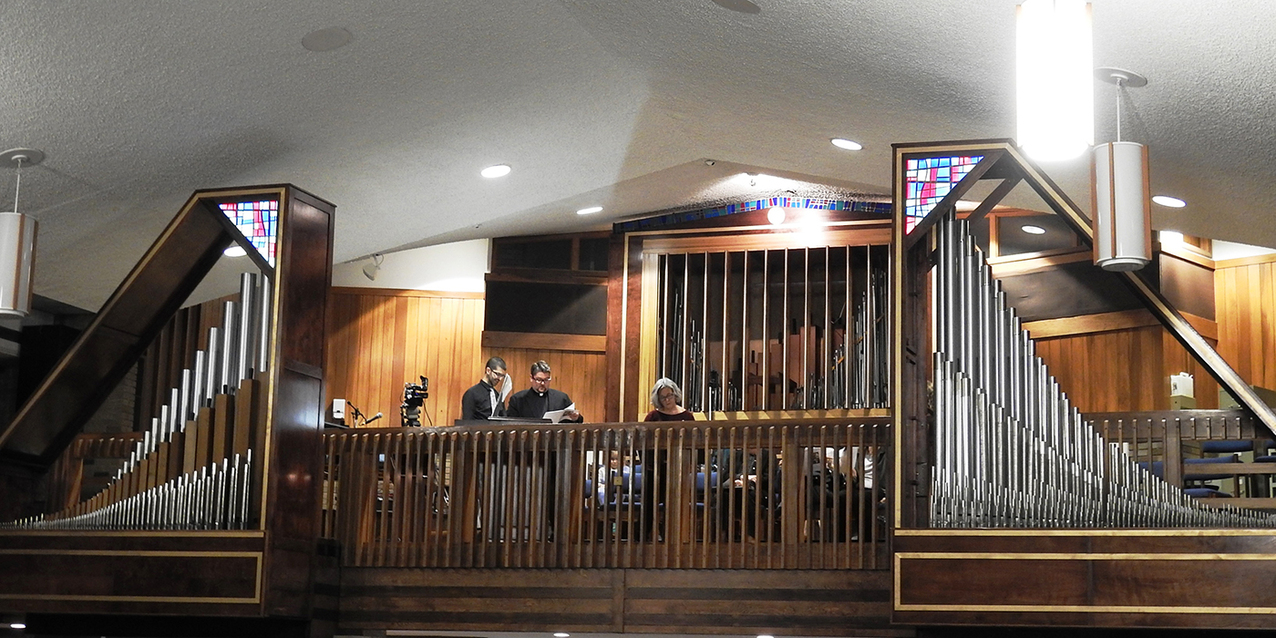 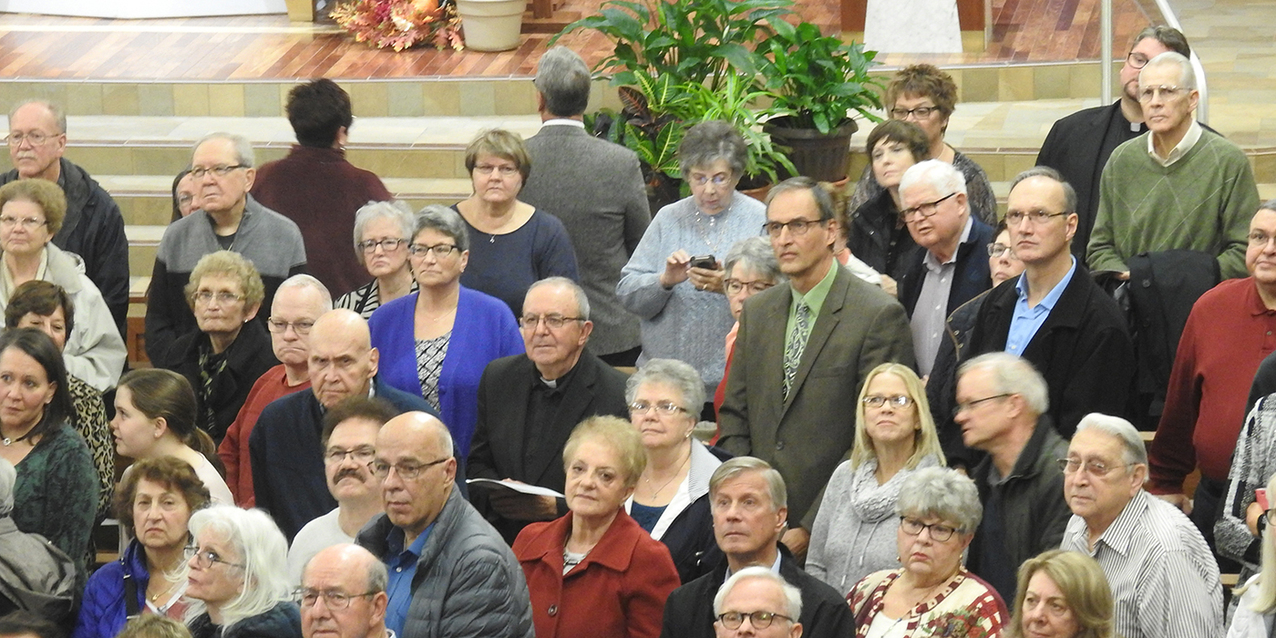 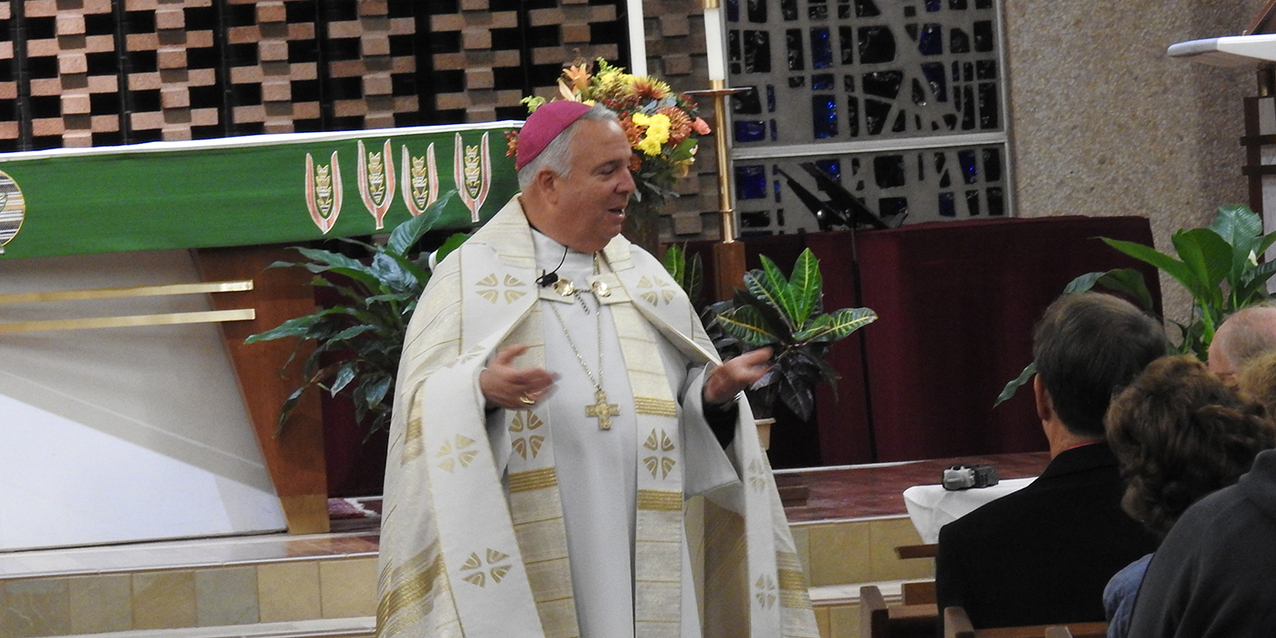 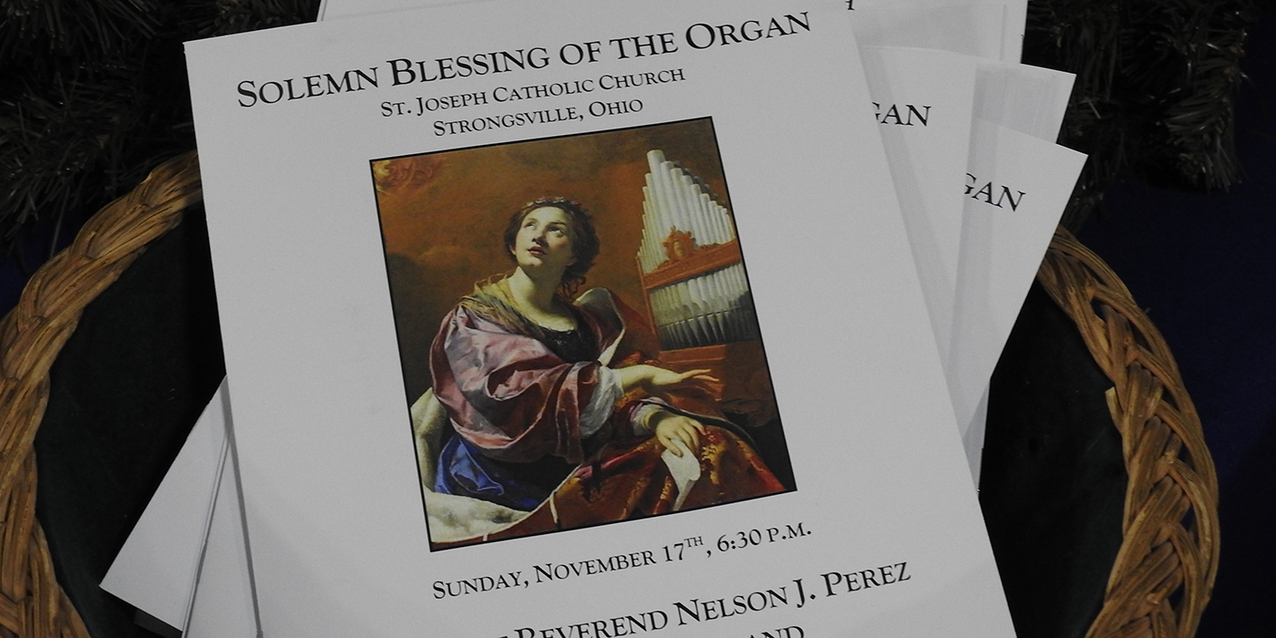 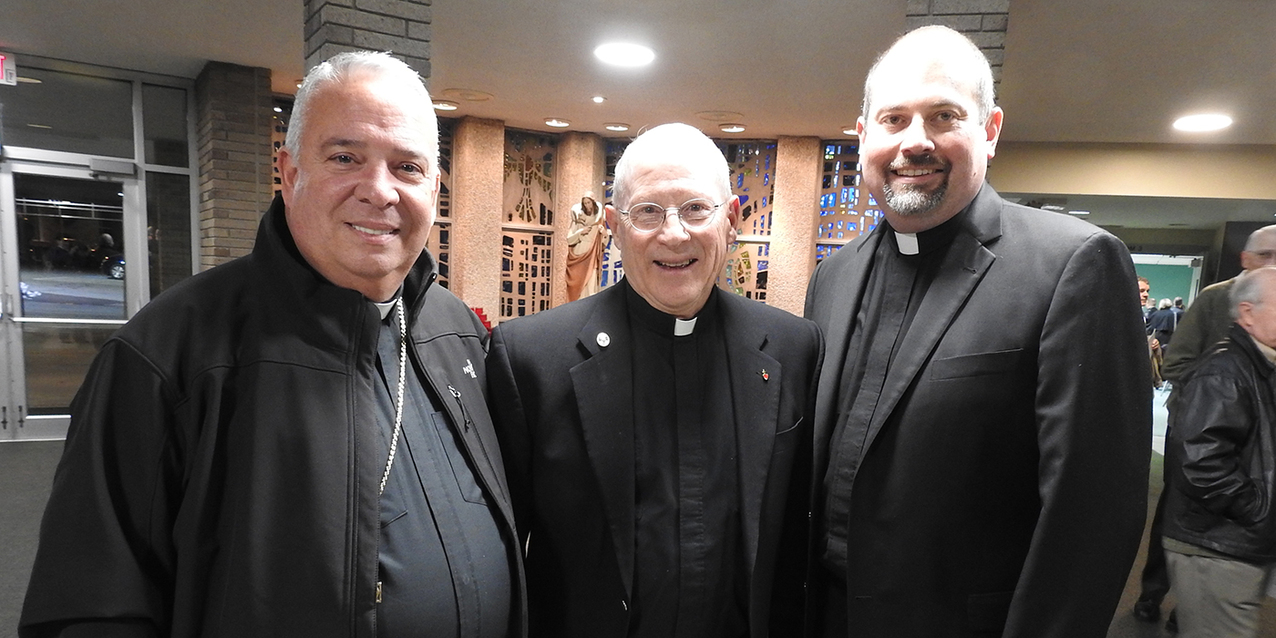 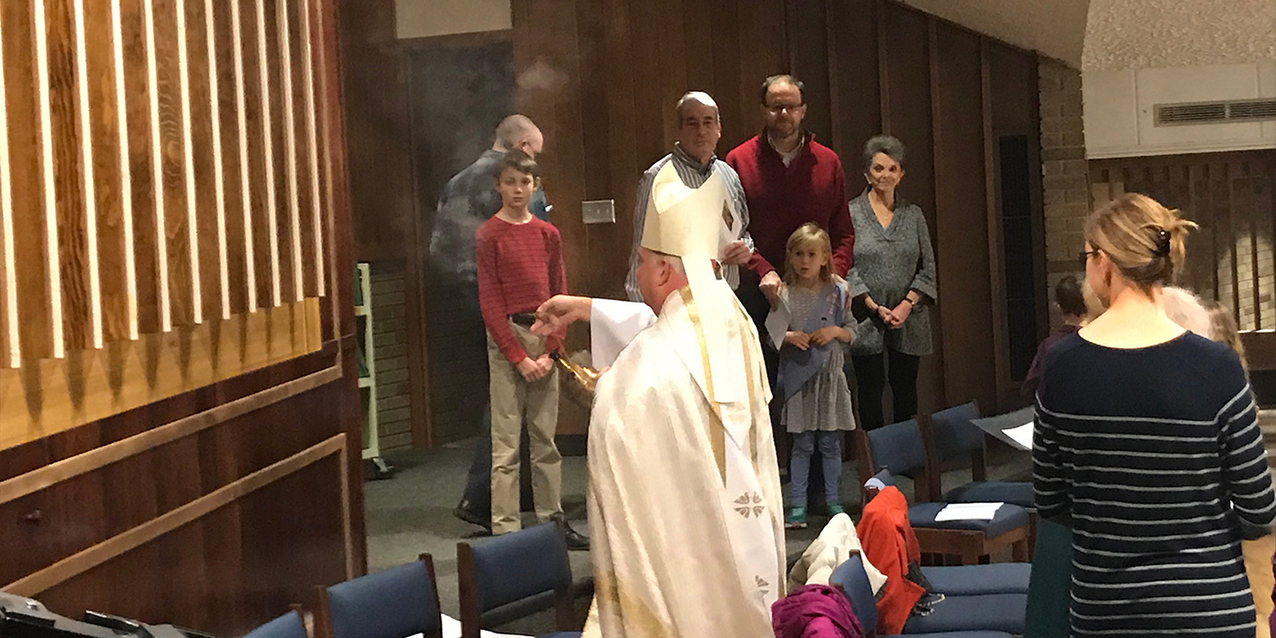 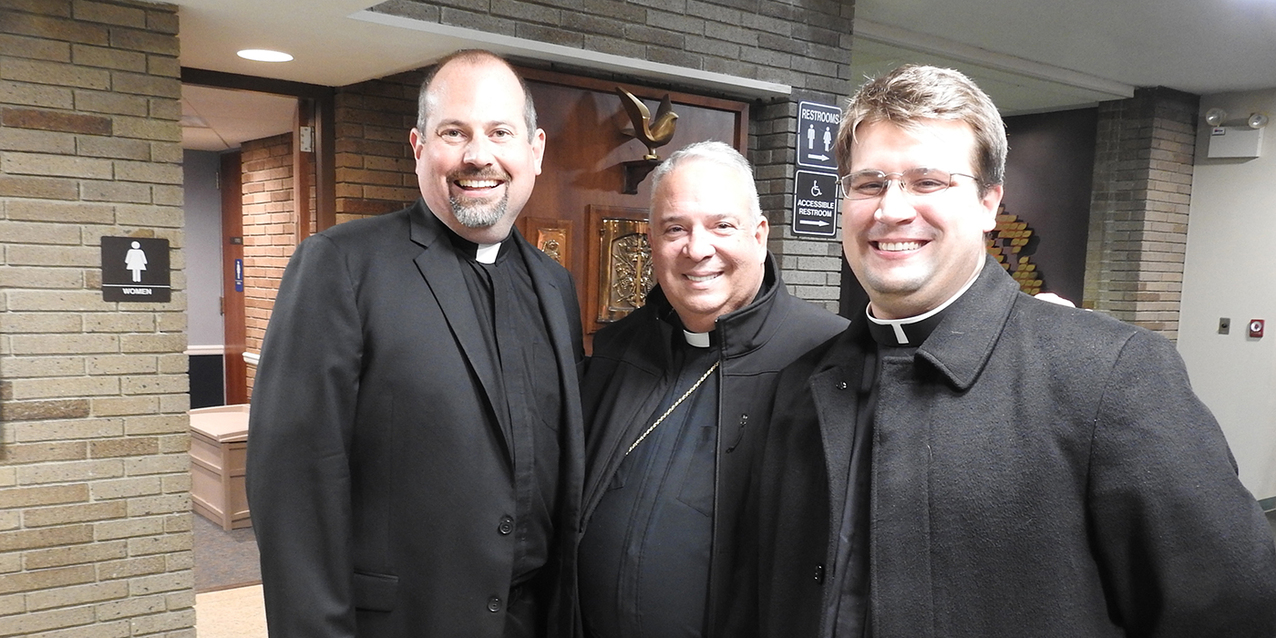 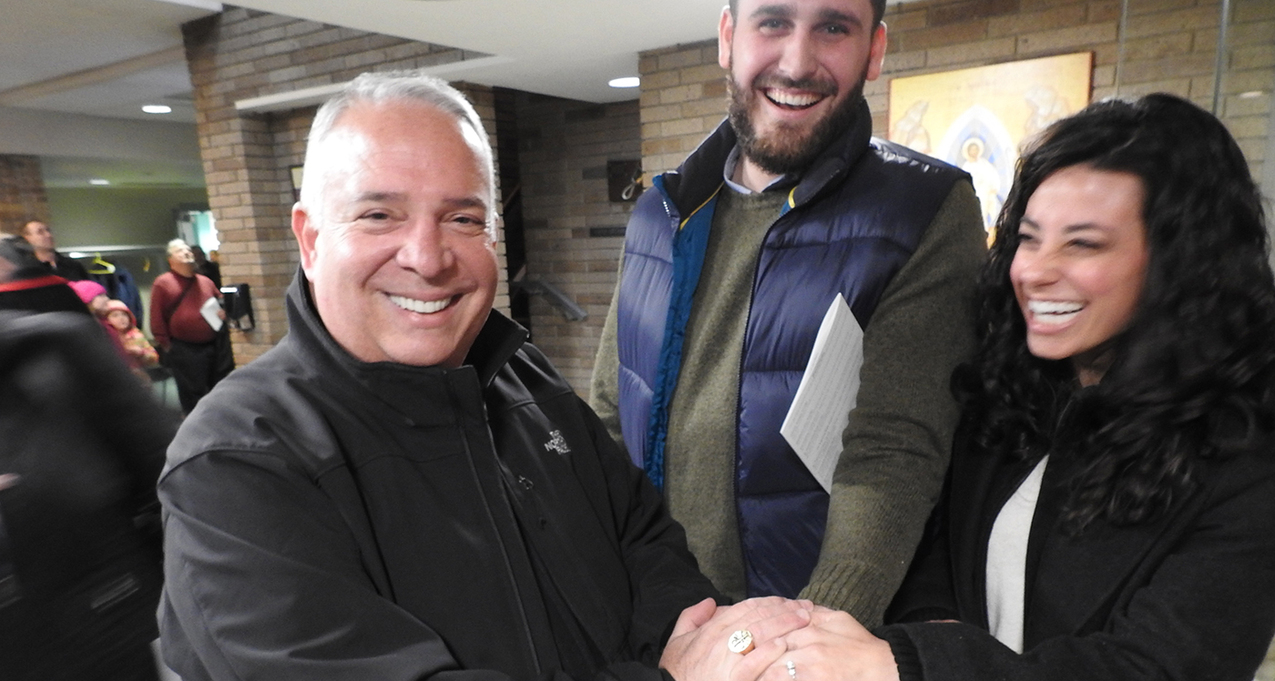 Father Joseph Mamich, pastor of St. Joseph Parish in Strongsville, and Luke Massery, the parish’s director of music ministry, had been looking forward to the blessing of the parish’s new pipe organ for months. It was a project that took nearly nine years.

When the big day finally arrived – on Nov. 18 – a large crowd turned out for the special event. Bishop Nelson Perez presided at the blessing and prayer service in the church before an organ recital that was followed by a reception in the parish hall.

“God is good,” the bishop told those gathered for the blessing. He told parishioners their sacrifices to obtain the pipe organ were important. He also said that the organ is a special instrument and that there is a blessing, or a rite, for it.

“The organ expresses the beautiful feelings of the soul. There is something about an organ that reaches deep inside of us spiritually,” he said. It takes a master to play the organ, the bishop noted, adding, “It is a very special thing to have a pipe organ.”

The sound comes from pipes of all shapes and sizes that are carefully fitted into the church. “It’s like a parish,” the bishop said, explaining that parishioners come in all shapes and sizes. “They (the parishioners) come together as a community. And the different pipes for the organ blend together create a sound.” Bishop Perez said it takes time and expertise to build and install an organ like the one at St. Joseph’s.

He said one of the people involved with building the organ was in attendance that night and he acknowledged him. But the bishop also said the project wouldn’t have happened without the support of the parish community.

Father Mamich said St. Joseph Parish is a family and has done a great deal in the eight years since he became pastor. “We’ll see where else we have to go.”

He said 70% of the money needed for the organ had already been raised when the parish requested diocesan permission for the project. More than enough for the basic organ was received, which allowed some additional features to be added. Father Mamich said the parish also raised enough money to pay off the church mortgage more than a year early.

“Thank you to all who made this possible,” he said.

Father Mamich also announced that the parish raised an additional $5,000 to aid its sister parish in El Salvador. The two parishes have had a relationship for several years and members have visited each other. The El Salvador parish has been raising money to finish its new church and Father said the gift from St. Joseph’s will help with that project.

“Let us continue to be grateful for all we’ve done and all we have yet to accomplish. And Bishop Perez, thank you for your leadership. You’re like the orchestra conductor,” he said.

The organ recital gave those in attendance a chance to hear the instrument and its features. Massery also gave an overview of what the organ can do and how it can be expanded and upgraded.

The digital organ the parish had been using for the past three decades was nearing the end of its lifetime, so a decision had to be made about replacing it. Massery said he did some research and a committee was formed to examine the options and make a recommendation. Digital organs have a limited lifetime, Massery said – about 25 or 30 years – compared to a pipe organ, which can last much longer and provide a higher quality of sound.

“We all agreed it was worth pursuing a real pipe organ,” he said.

It was challenging to find ways to install the necessary pipes in the church due to the type of construction and limited space in the choir loft area, Massery explained. However, Leek Pipe Organ Co. of Berea found a way to custom fit an organ in the choir loft. Many of the components were from an older organ that Leek used as a foundation for the new St. Joseph organ. Additional pipes were repurposed from yet another organ while others were newly crafted.

Massery said there is one set of “digital” pipes that sound through a speaker in the wall because the necessary pipes would have been up to 16 feet tall and would not have fit into the loft.

A video documenting the construction and installation of the organ and pipes was shown on screens in the gathering area and church hall so visitors could see the project take shape.

“While our organ represents a very complete instrument, room was left for expansion and the opportunity to add four more ranks of unique pipes, if donors wish to expand the grandeur and tonal palate of our organ,” Massery said.

He demonstrated the organ’s sound and versatility during the approximately hourlong recital, performing “Regina Coeli” with the parish choir and several other pieces, including excerpts from “Lord of the Rings.” Father Bob McWilliams, St. Joseph parochial vicar, performed “Ave Maria” and the finale, “Hail, Holy Queen,” featured the parish children’s choir with the congregation joining in for the final verses.

“The result of this creative endeavor is a beautiful new instrument to accompany our liturgies. I enjoy thinking of this instrument as a living piece of art that breathes and sings with the same air that we breathe and sing,” Massery said.