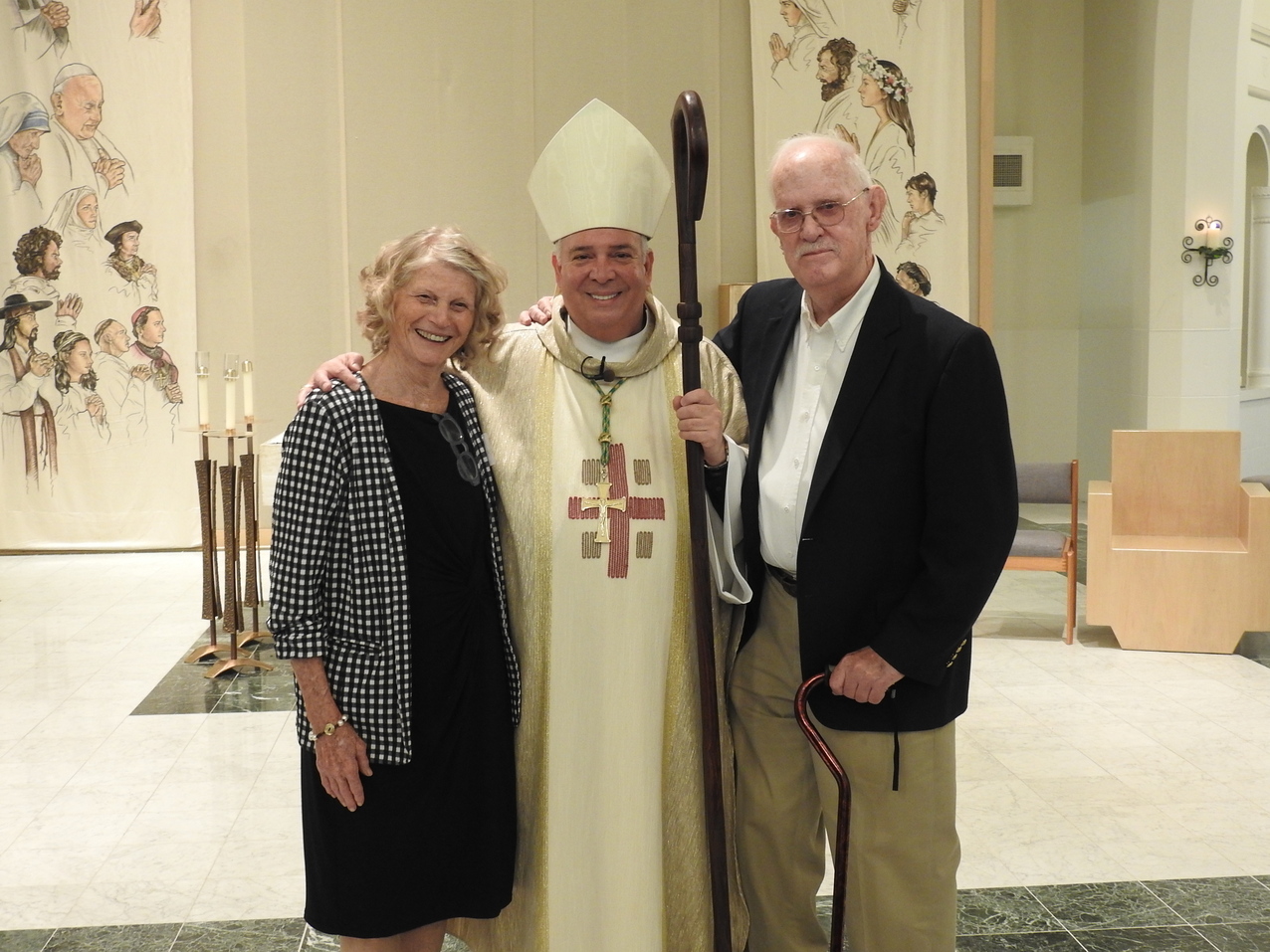 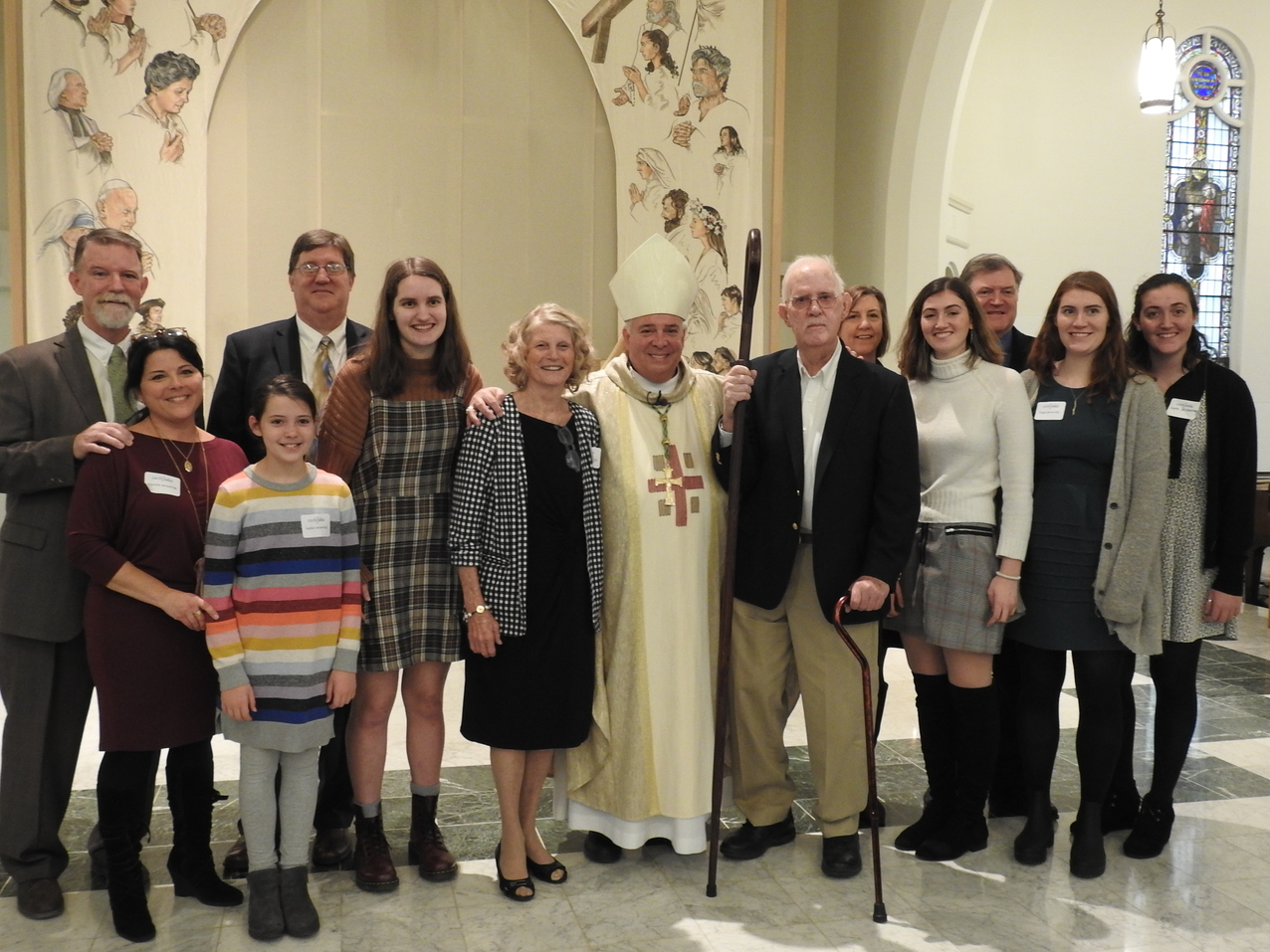 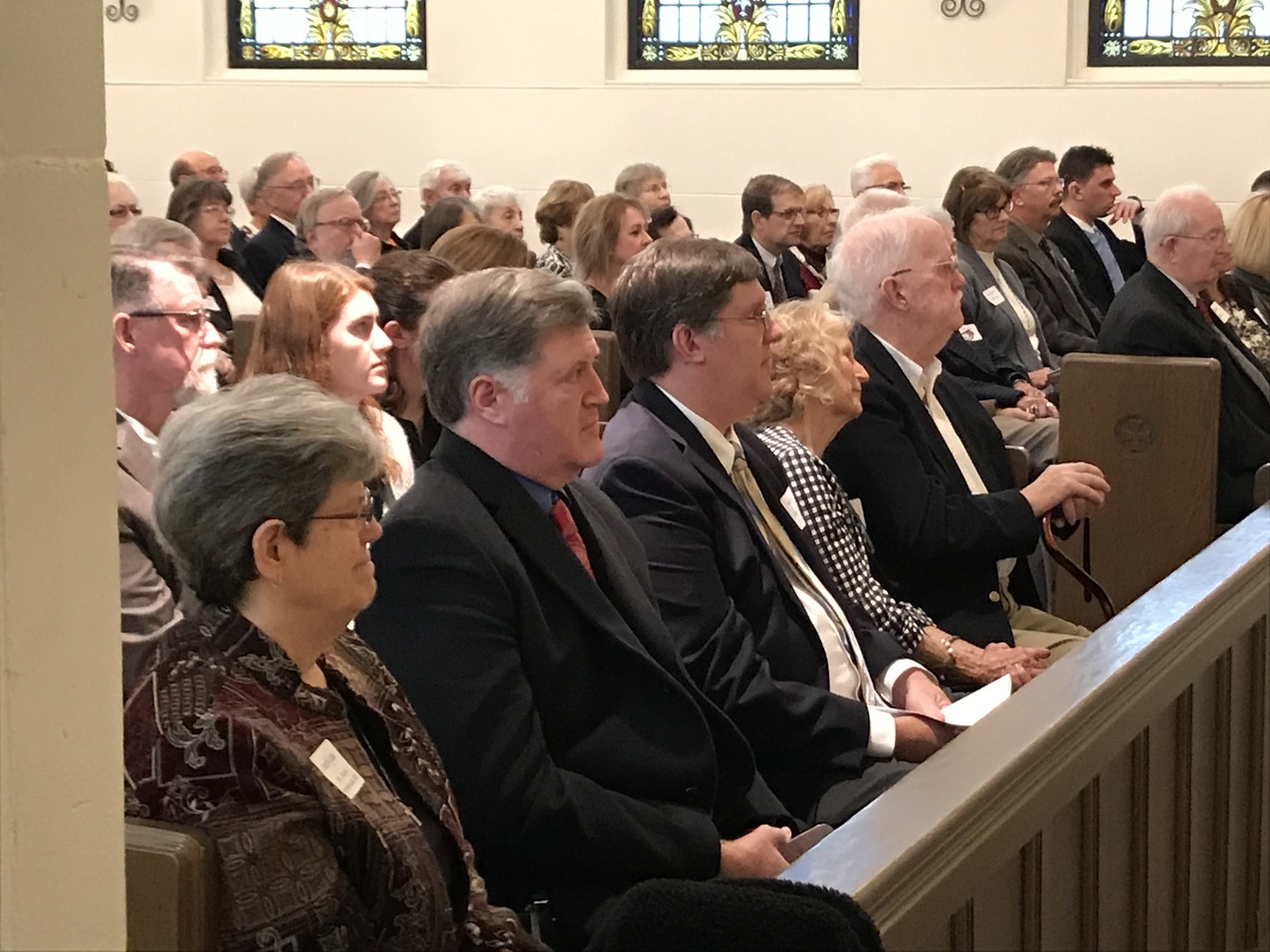 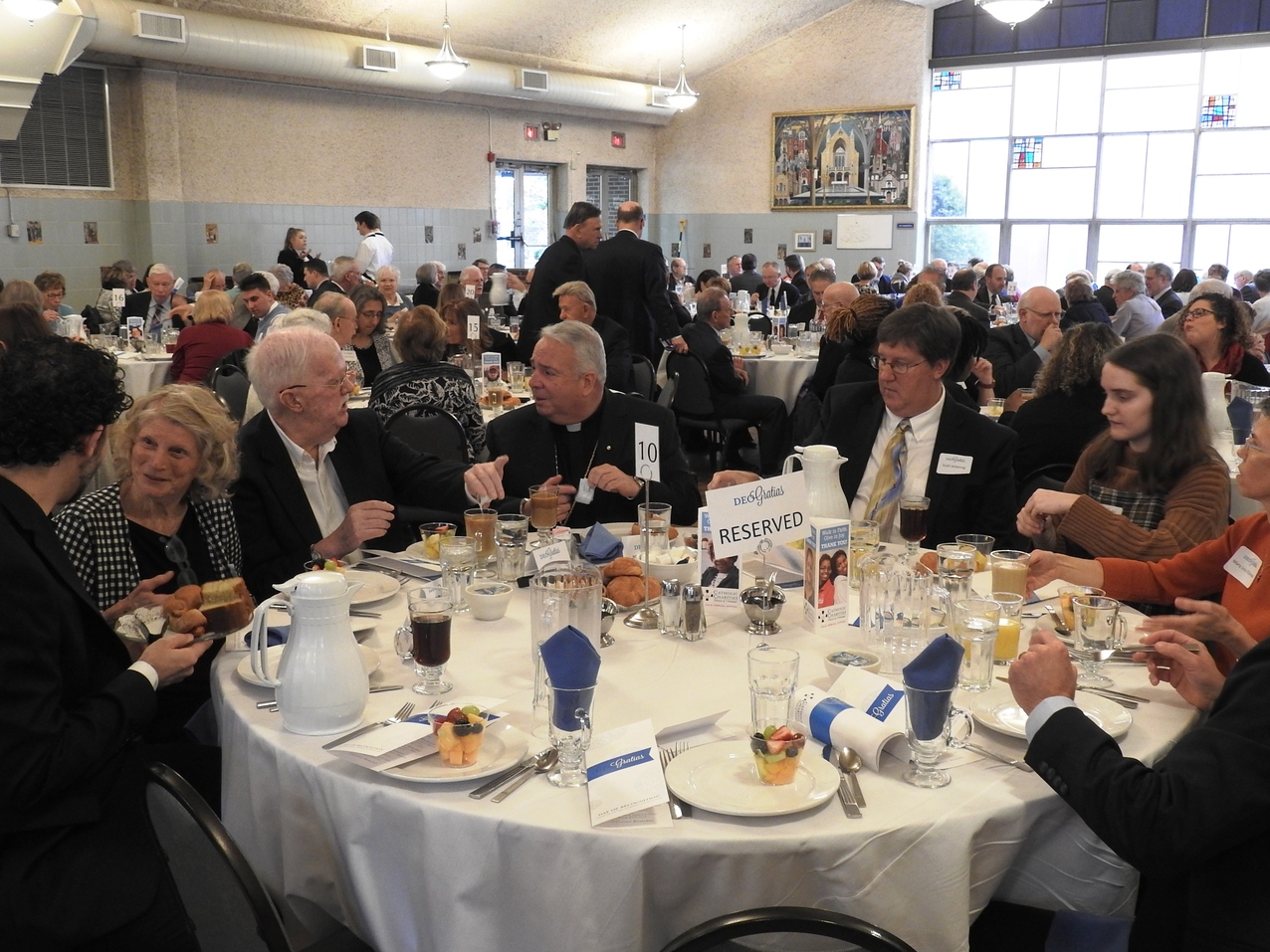 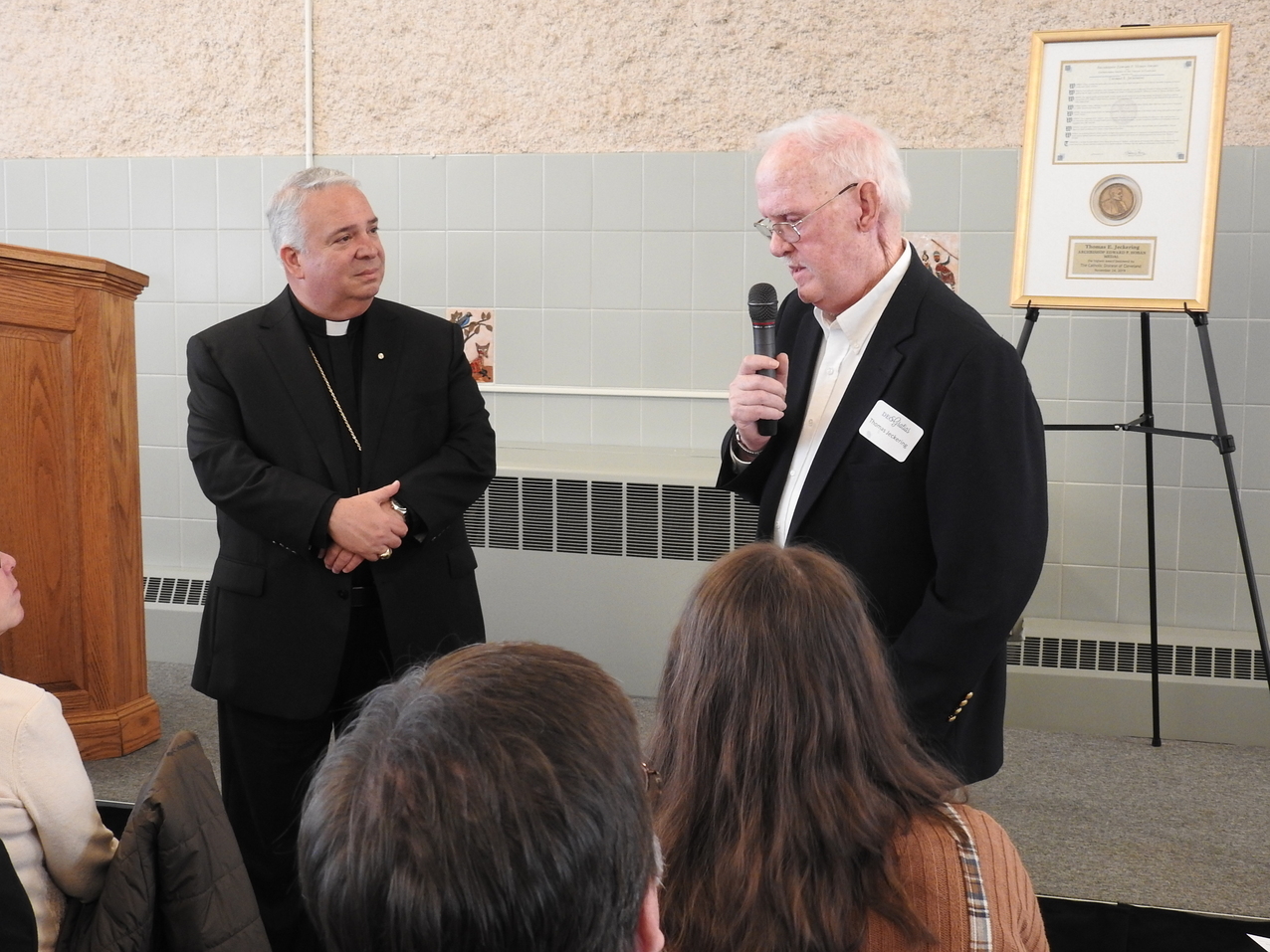 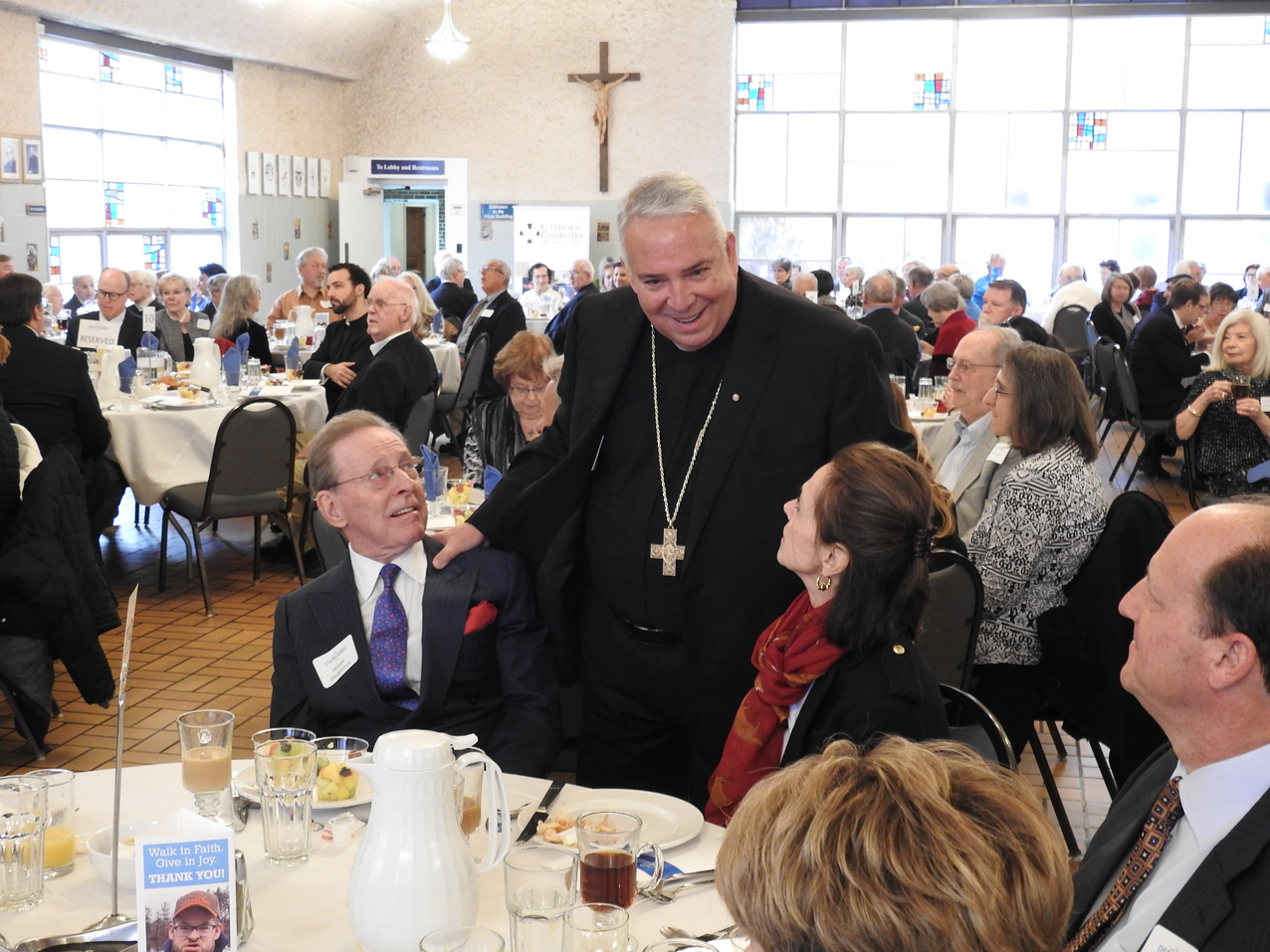 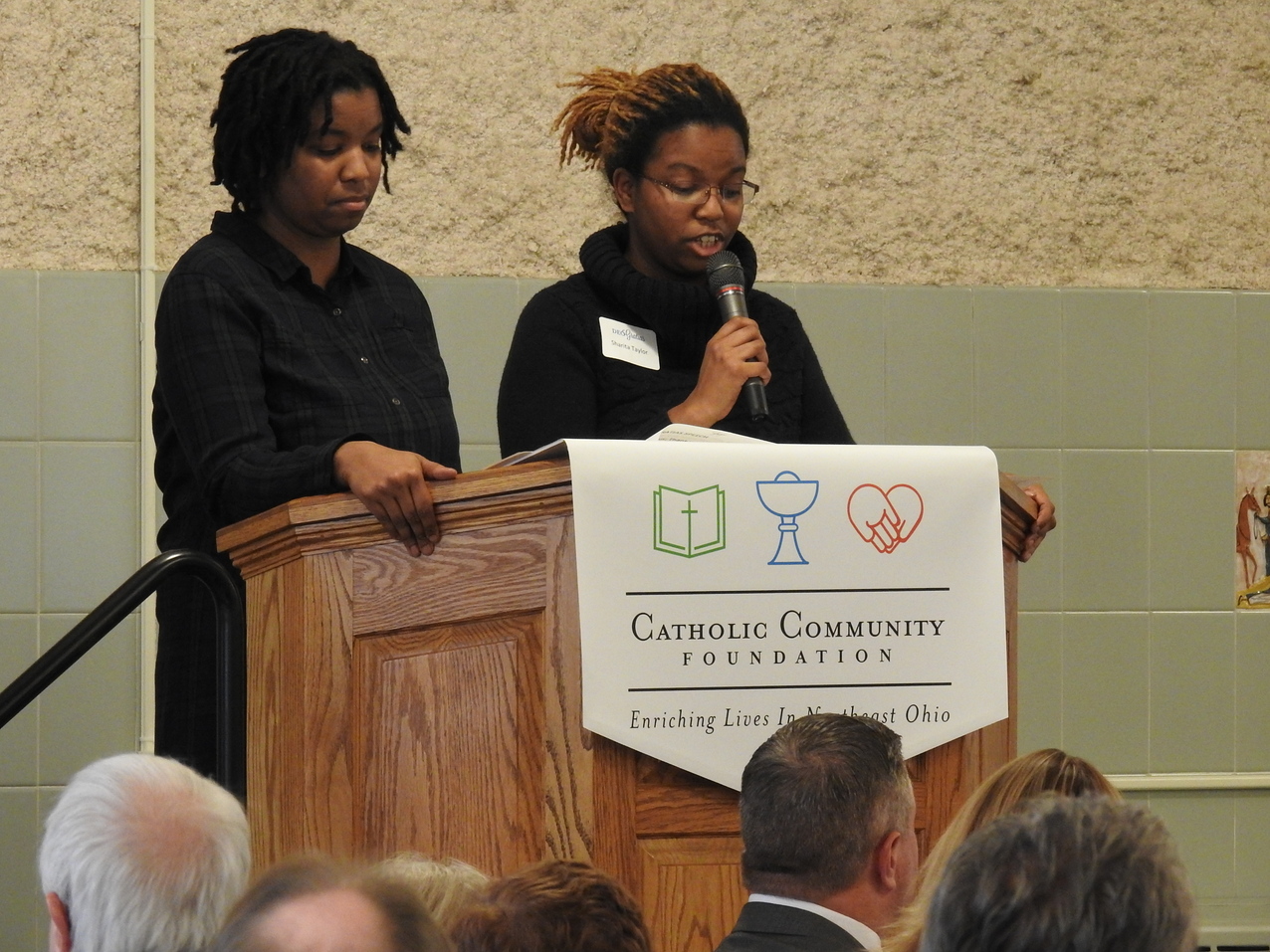 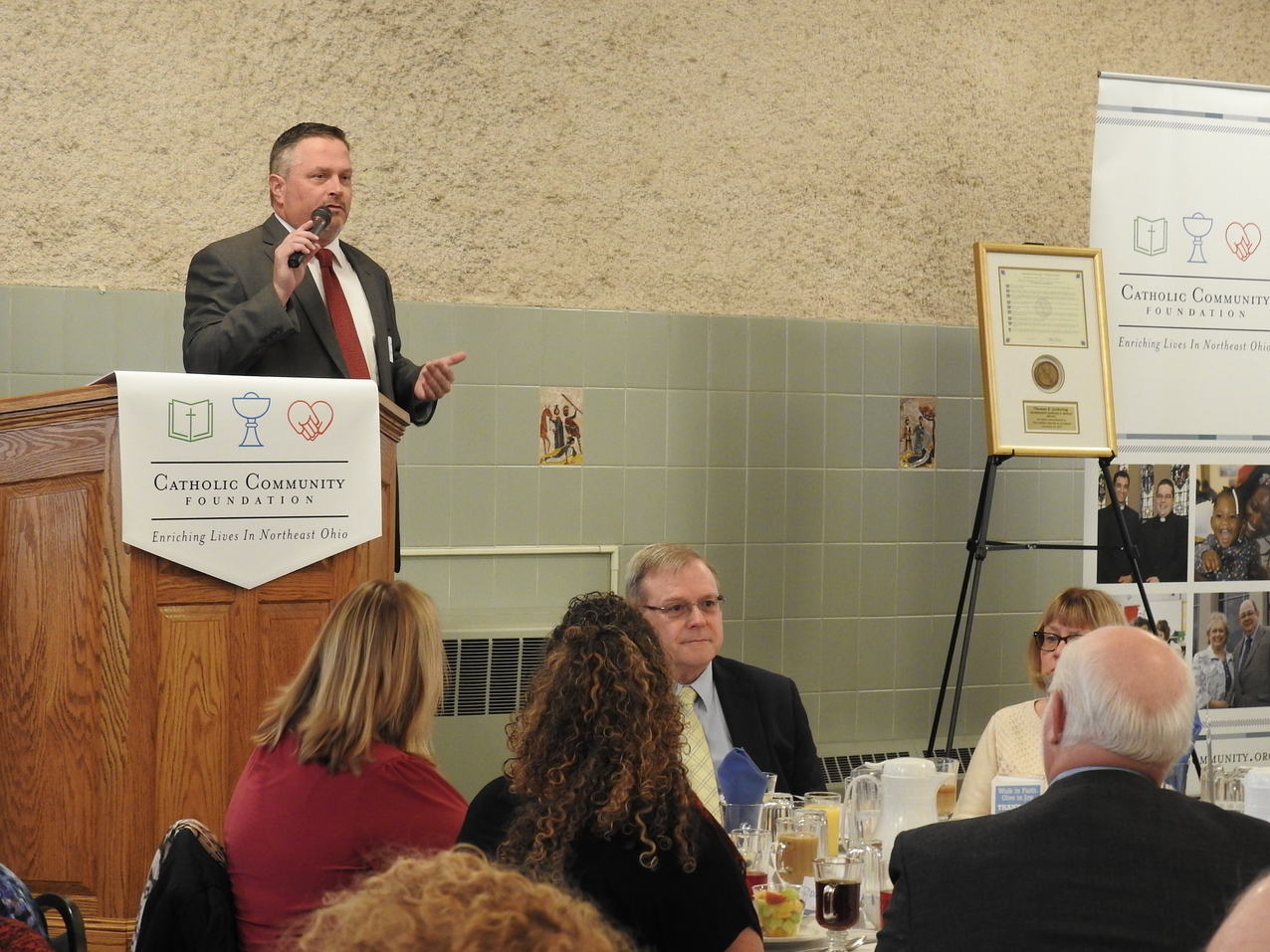 Deo gratias is Latin for thanks be to God and thanks was the theme for the annual Deo Gratias Mass and brunch on Nov. 24 – the Sunday prior to Thanksgiving – at the Center for Pastoral Leadership in Wickliffe. Bishop Nelson Perez celebrated the Mass.

Tom Jeckering received the Archbishop Edward F. Hoban Award, the highest honor granted to an individual or organization by the Catholic Diocese of Cleveland. The award memorializes the late archbishop whose leadership fueled the largest expansion of programs in education, social services and ecclesiastical growth in the history of the diocese. He served as Cleveland bishop 1945-1966.

Jeckering was honored for his significant annual support to schools and parishes in the diocese. St. Adalbert, St. Francis, St. Thomas and Metro Catholic schools, all in Cleveland, are among the institutions he supports. In August, the $5 million Cletus Jeckering Early Childhood Learning Center – named after Jeckering’s father, who died at age 93 in 1995 – opened at St. Adalbert School. Jeckering and his family were involved with the planning, creation and execution of the new facility which expands early childhood education in Cleveland’s Fairfax neighborhood.

A longtime member of the Bishop’s Circle, Jeckering and Virginia, his wife of 57 years, have made generous annual gifts to Catholic Charities.

The Archbishop Hoban Award was established by Catholic Charities Corp. in 1961 as a way to honor an individual or a couple who demonstrated exemplary leadership in philanthropy and service in Catholic Charities. Since the early 1990s, the award has developed into the diocese’s highest award of service.

Jeckering is a graduate of the University of Dayton and an Army veteran. He was president and co-owner of Polychem Corp., an international manufacturer of packaging products and equipment, from 1980 to 2008.

The Jeckerings have three adult sons: Scott, Brian and Mark, and six grandchildren. They are members of St. Francis of Assisi Parish in Gates Mills.

During his acceptance remarks, Jeckering urged others to support Catholic schools in the diocese.

“Ask what they need – maybe it’s a trumpet for the band. The schools need your help, so step forward,” Jeckering said. He said hope and education are crucial for the success of young people today.

Deo Gratias attendees also heard from Marilyn Scott, who heads the agency’s disability services and ministry; two young women who participate in the programs; Patrick Gareau, Catholic Charities’ president and CEO; Frank O’Linn, superintendent of Catholic schools in the diocese., and Todd Schrader, chairman of the Catholic Charities board of directors.

“We do this because it’s who we are,” Bishop Perez said, referring to the work of Catholic Charities. “We all have disabilities. Jesus interacted with the disabled, giving sight to the blind and restoring hearing to the deaf. He fed the multitudes despite pushback from the apostles.”

The bishop noted that in the Diocese of Cleveland, about 1,500 people work for Catholic Charities at 40 locations, ministering to more than 400,000 people each year -- making it one of the largest social service agencies in the country.

“This is the way the Church does charity – with no strings attached. And it’s because of you,” Bishop Perez said, adding, “Thank you.”