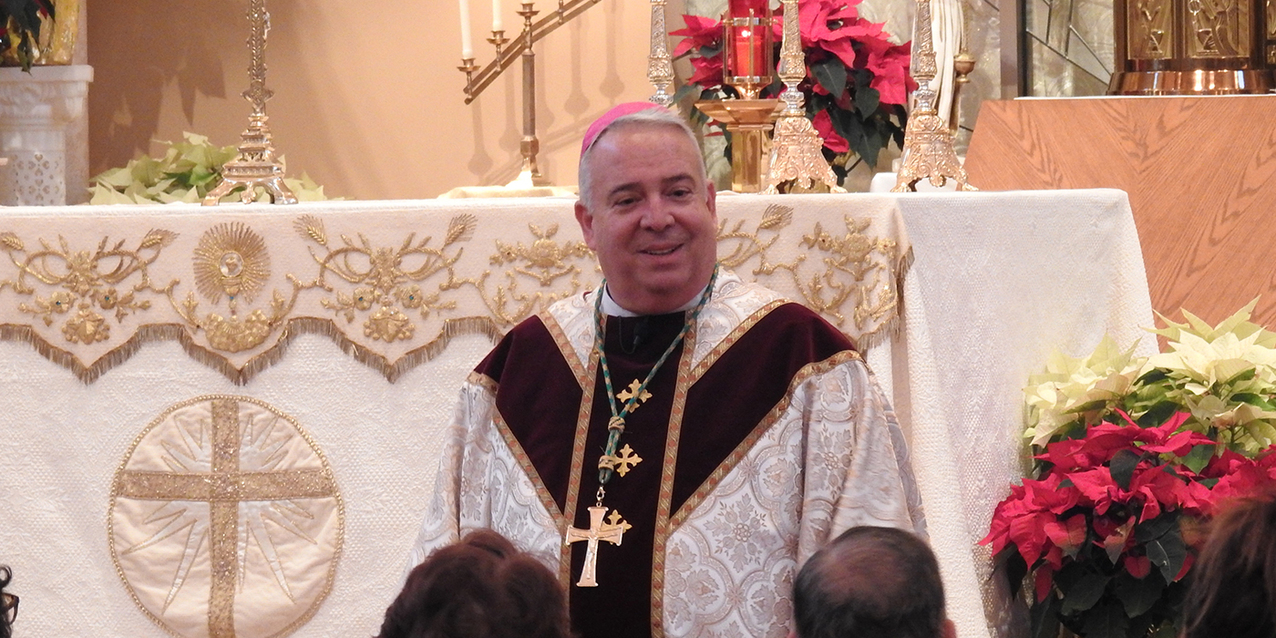 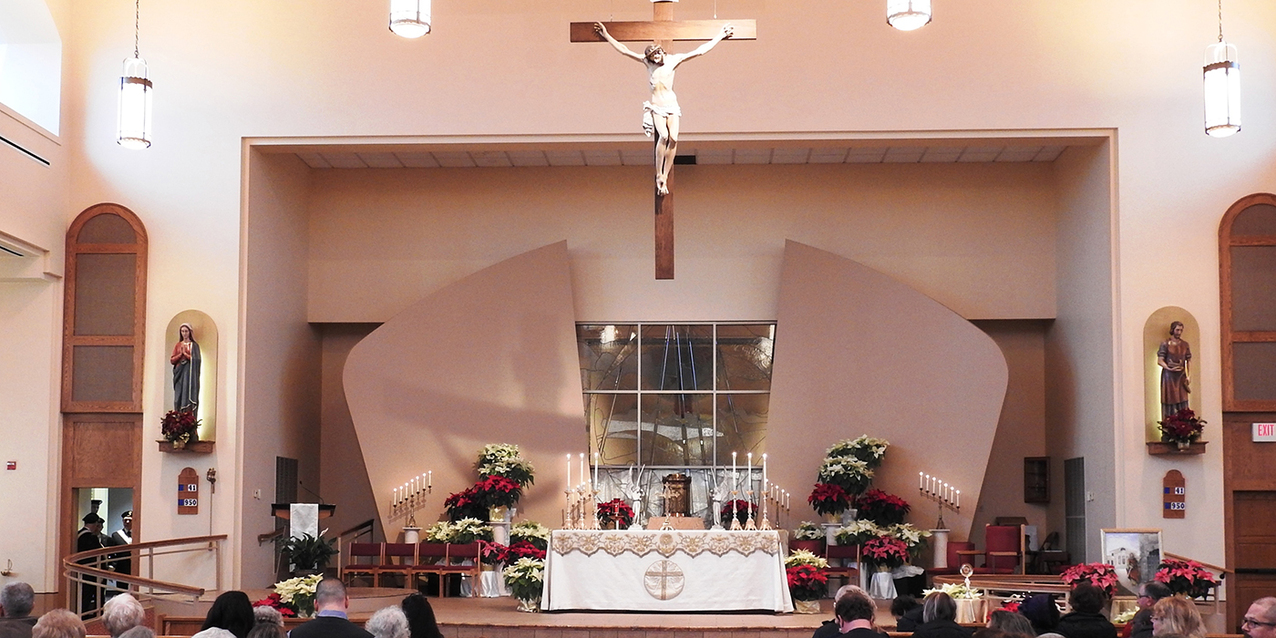 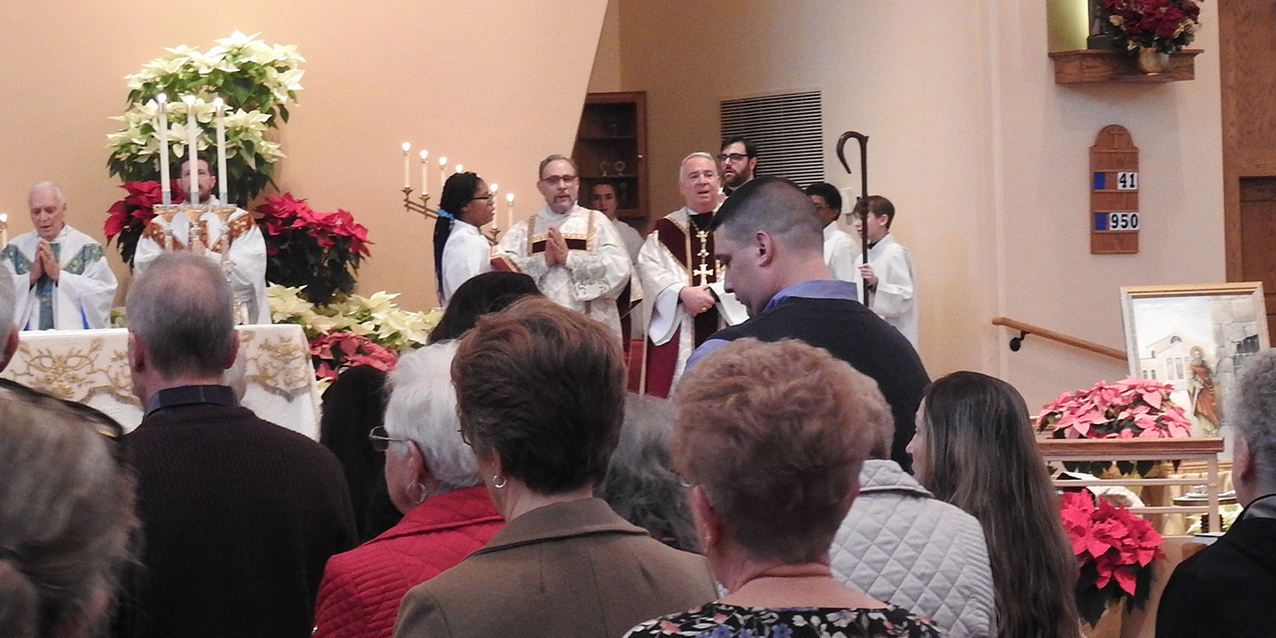 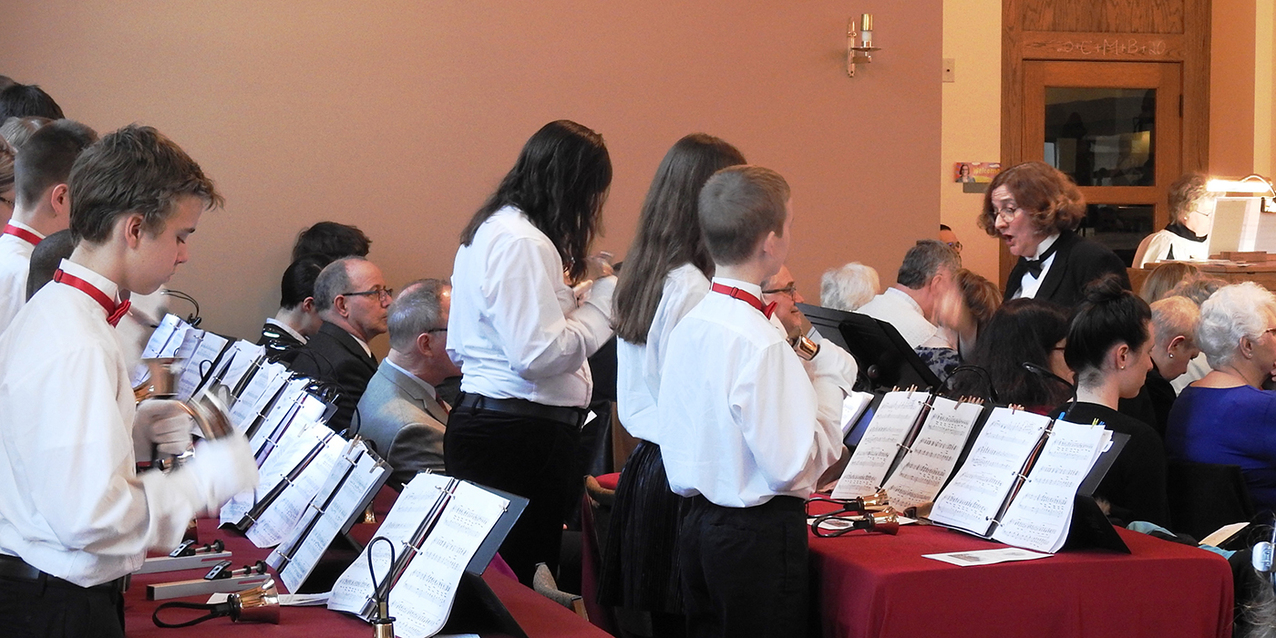 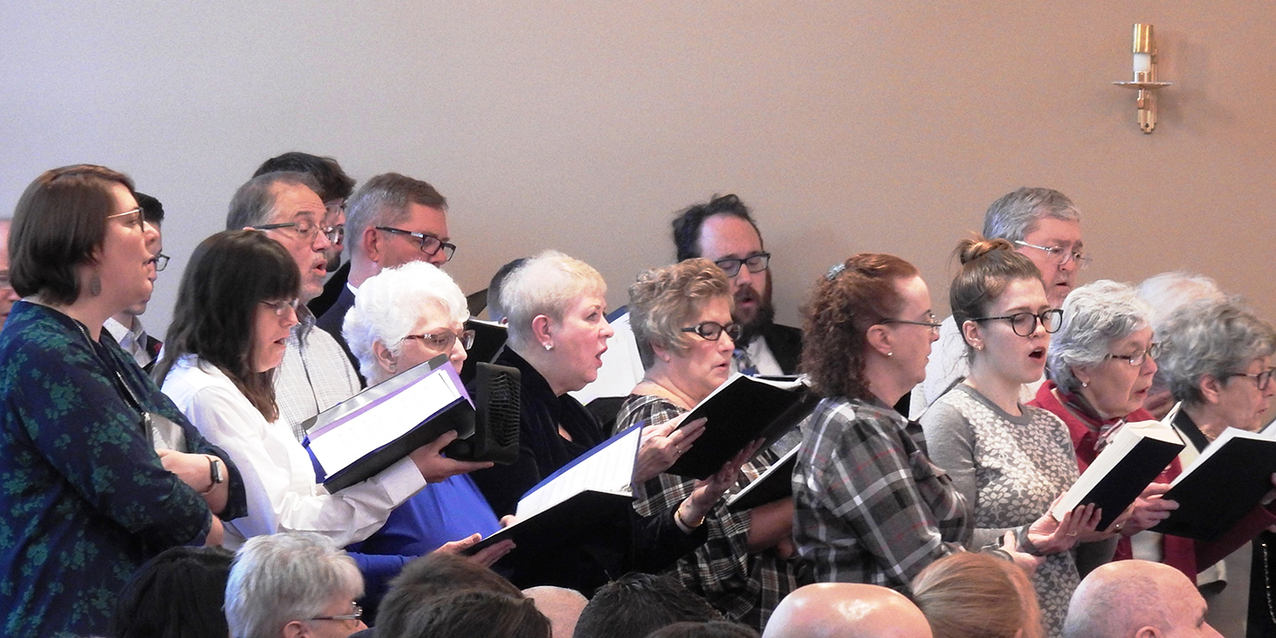 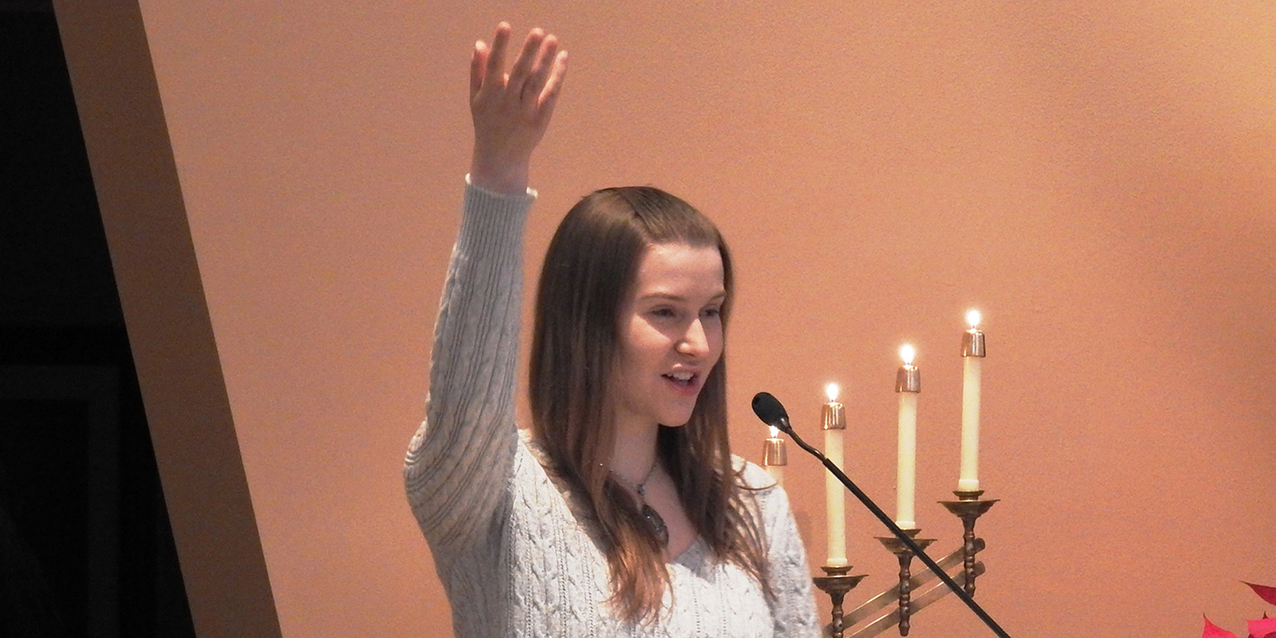 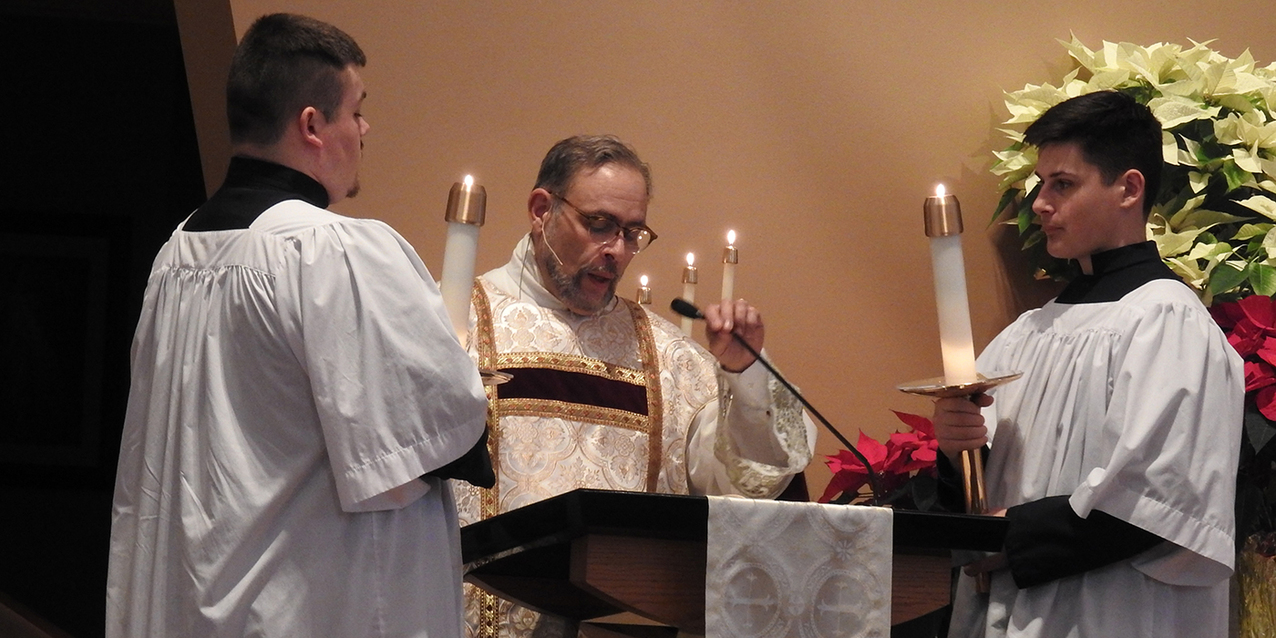 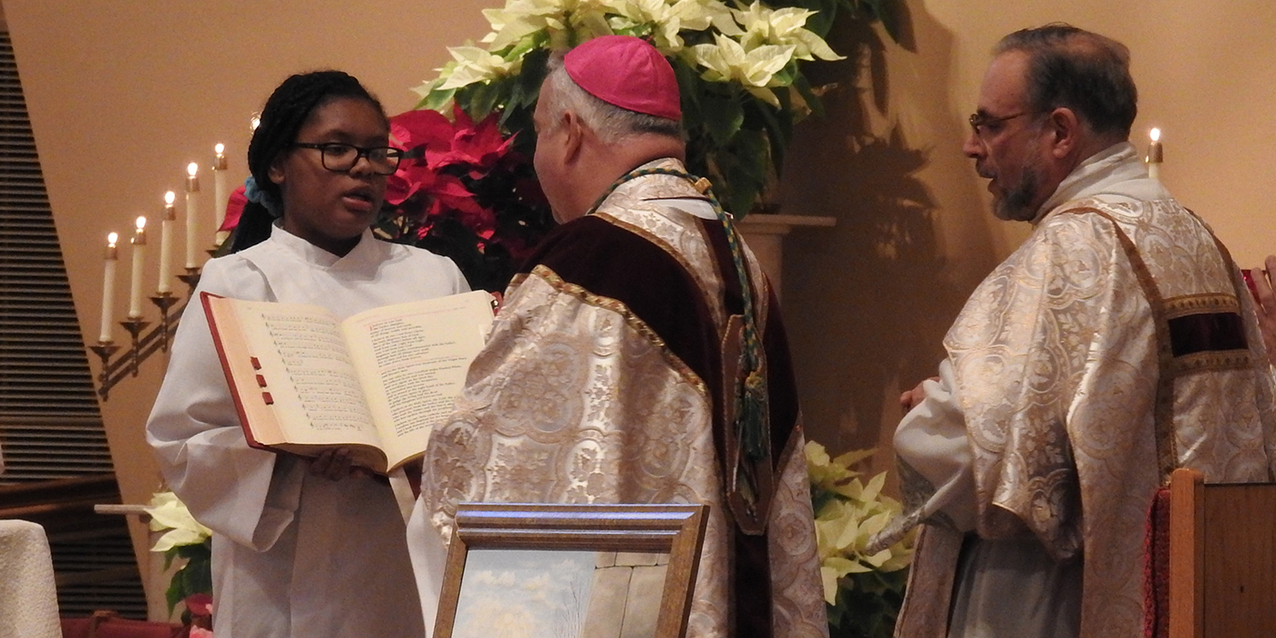 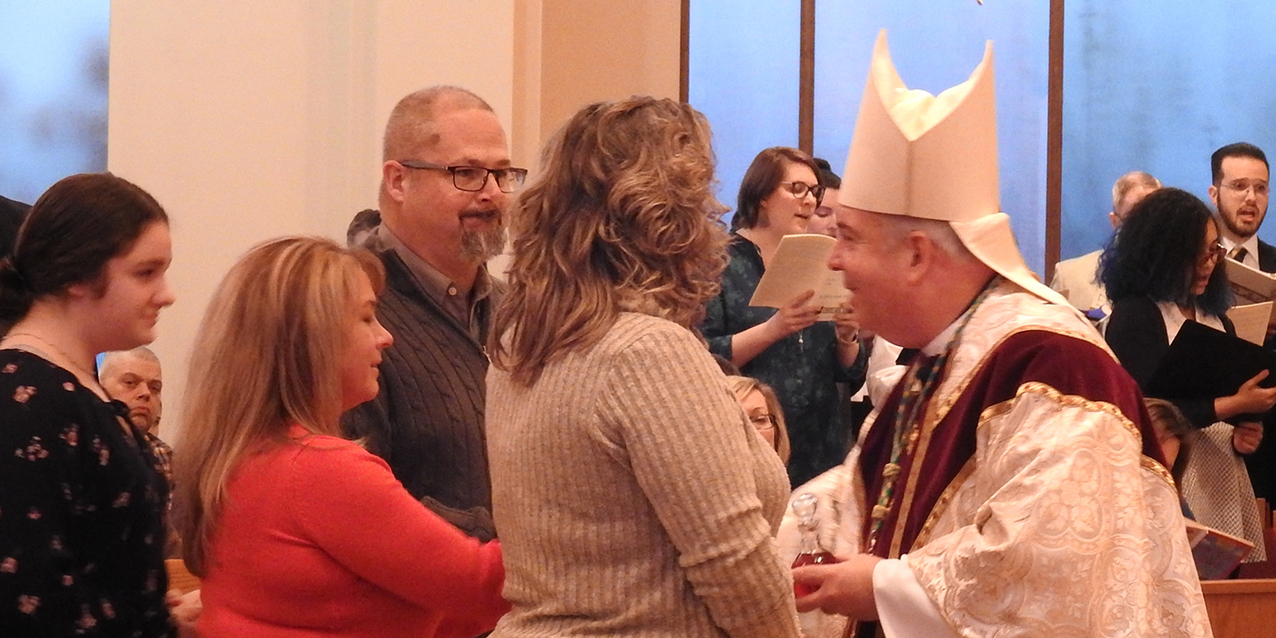 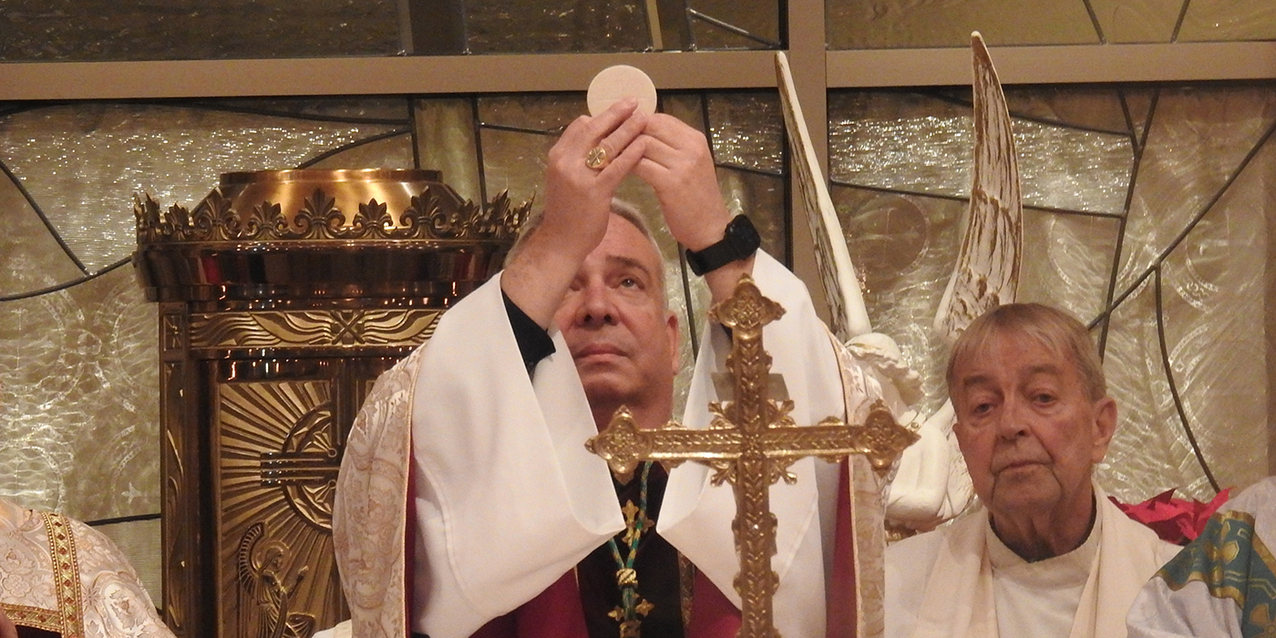 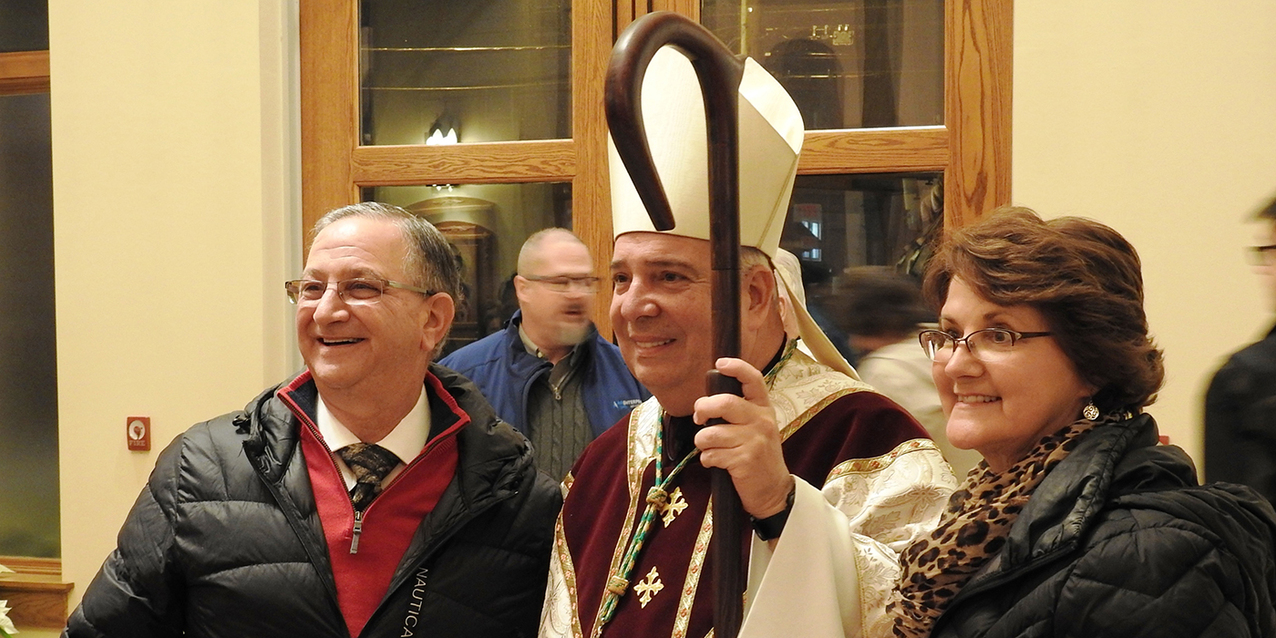 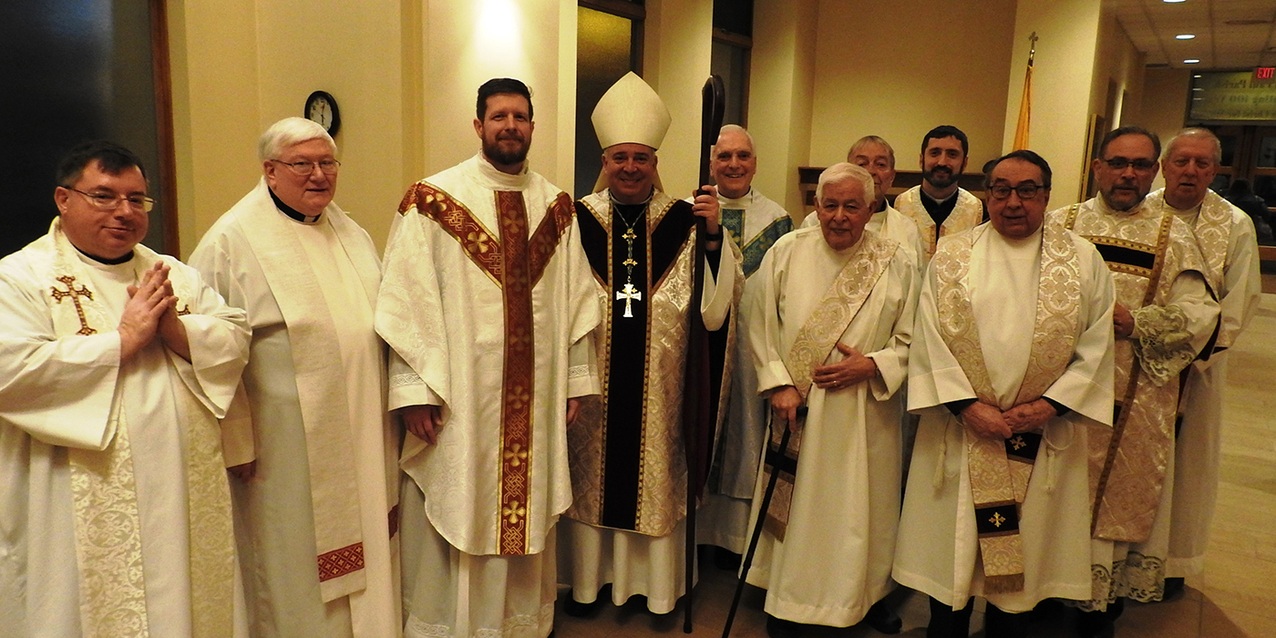 When Philadelphia Archbishop-designate Nelson Perez addressed the congregation at St. Paul Parish, Akron on Jan. 25, he wanted to ensure they knew how pleased he was to help them celebrate their 100th anniversary.

“This is not about me – it’s about you,” he said before beginning Mass of the Conversion of St. Paul. The pastor, Father Matt Pfeiffer, and several other priests from neighboring parishes, as well as others who have ties to St. Paul’s, concelebrated the liturgy.

It was the first time the new archbishop returned to Cleveland since the Jan. 23 announcement that Pope Francis named him to replace Archbishop Charles Chaput as head of the Archdiocese of Philadelphia.

“I’m back in the Diocese (of Cleveland) for a short time before my Feb. 18 installation in Philadelphia,” he said. “I’m shocked and I’m sad to leave Cleveland. Cleveland has been awesome to me.”

However, if he had to move somewhere, Archbishop-designate Perez said Philadelphia is a good place since he spent more than half of his life there, including the first 23 years of his priesthood.

“I’m peaceful and joyful to go back, but sad to leave Cleveland. I roam around Akron a lot,” he quipped, asking the congregation to pray for him and keep him in their hearts. “I’ll pray for you, too,” he said.

“You look good for 100,” he told those gathered for the anniversary Mass.

Archbishop-designate Perez reflected on the parish’s history, recalling that the first pastor, Father James Hanley, was an Army chaplain in World War I who was tasked by then-Bishop John Farrelly to establish a parish in Akron’s Firestone Park area. Although he was a Methodist, Harvey Firestone, founder of the tire company bearing his name, donated 14 lots along Brown Street so the parish could be established. The neighborhood provided housing for Firestone employees, many of whom were Catholic.

Father Hanley and his parishioners worked hard to raise funds for a church, including hosting a huge bazaar in the Akron Armory. By April 4, 1920, enough progress had been made on the church that they could celebrate Mass inside. Unfortunately, Father Hanley died on May 21, 1920. His death was attributed to his weakened physical condition due to injuries suffered in the war.

In December 1920, a new pastor – Father Thomas Kirby – worked to complete the church and pay off the $65,000 construction debt, despite difficult financial times. Archbishop-designate Perez noted that the parish community rallied and unemployed parishioners finished the church construction and Firestone secured the church loan through his bank.

A school was built in 1924 and many other changes took place in the ensuing years, including maintaining and improving the parish infrastructure. The longtime dream of building a new church was realized in 2003. Since Father Pfeiffer was named pastor in 2014, work has continued to revitalize the parish and its ministries.

“A lot has changed over the years, but the celebration of the Eucharist has not,” Archbishop-designate Perez told the congregation. “People, programs, institutions have all come and gone over the years but the Eucharist lives at the center of who you are.”

As he often does when speaking at parish anniversaries, the archbishop-elect shared words from Pope Francis about the dynamic of a parish, pointing out it is the most immediate expression of the Church in a given area.

“The building is not the Church; it houses a church. We are the church at this moment, but if we were it, when the last one of us dies, the church would end. People come and go, but as St. Paul noted, the Church that is the mystical body of Christ continues,” he said.

As he drove to St. Paul’s, the archbishop-designate noted that he drove past many homes to reach the parish, which is in the midst of the homes of its sons and daughters. “It is a sanctuary where people come to quench their thirst in the midst of their journey. We come and go. I come and go. A week ago (Jan. 18), I learned I would be the new archbishop of Philadelphia. That’s what obedience looks like,” he said, pointing out that when he was ordained a priest, he promised to obey his superior – the bishop.

“For 100 years, this parish of St. Paul has been a sanctuary. Imagine the hundreds, the thousands of people who’ve been here to quench their thirst (for the Eucharist),” Archbishop-designate Perez said. He told those gathered that they have a responsibility to share the gifts they’ve been given. “To whom much is given, much is asked. In 100 years, another bishop will be standing here talking to you – if you do your part today. This is not just a moment to look at the past; it’s also a moment to look into our hearts and to solidify the future. You have a responsibility to pay it forward. Ask God to give you the grace to do that.”

The new archbishop reminded the group that Jesus told his disciples to go out to all the nations and spread the good news, something they did without help from the internet or social media.

“They had a passion in their hearts and they shared it,” he said. “Happy birthday, congratulations and be assured of my prayers. God has given you great gifts,” he added.

After Mass, as is parish tradition, the congregation spent some time in Eucharistic adoration. Then the archbishop-elect greeted parishioners and posed for photos.

The celebration continued with a reception in the parish hall where parishioners could purchase memory books, watch a video about the parish history and view photos of parish activities, clubs, first Communion classes and more during the past 100 years. A time capsule from 1979, the parish’s 60th anniversary, was opened and parishioners could view its contents.