Seminary is ‘heart’ of local Church, archbishop-designate says during institution of acolytes 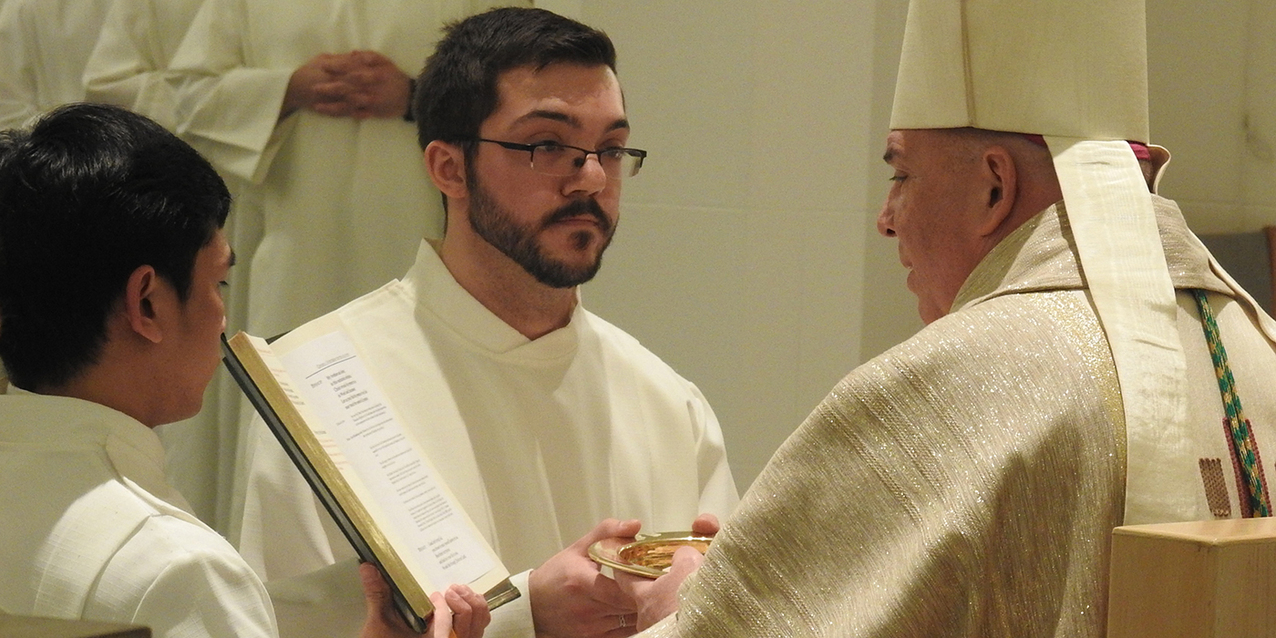 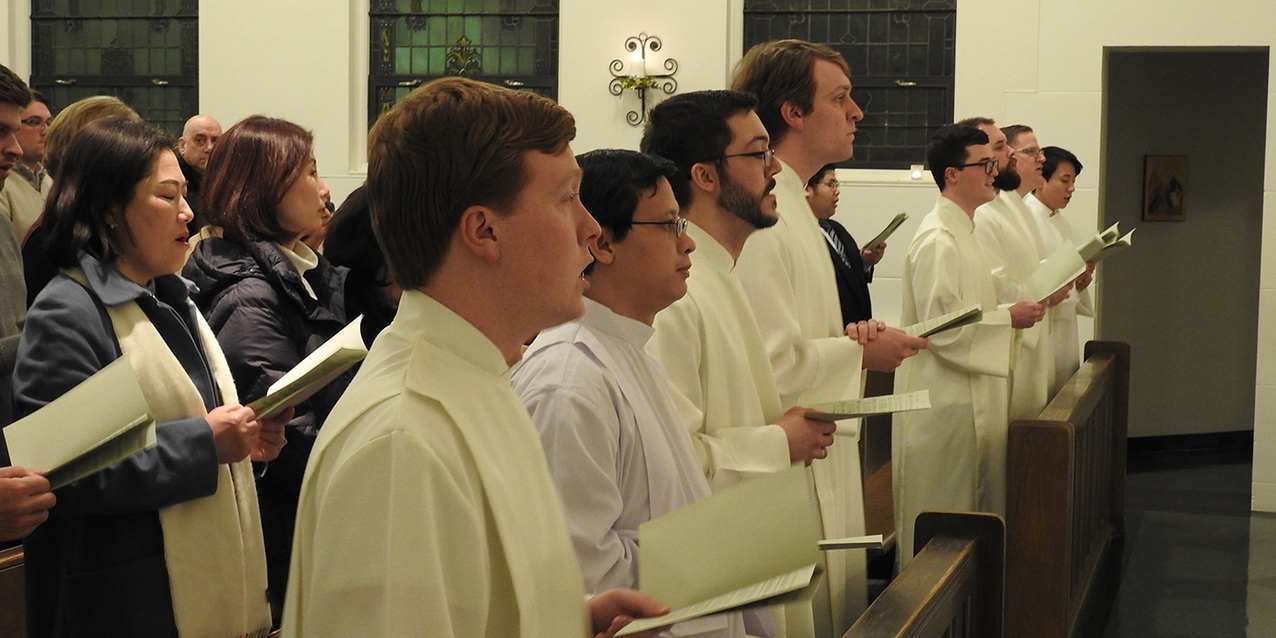 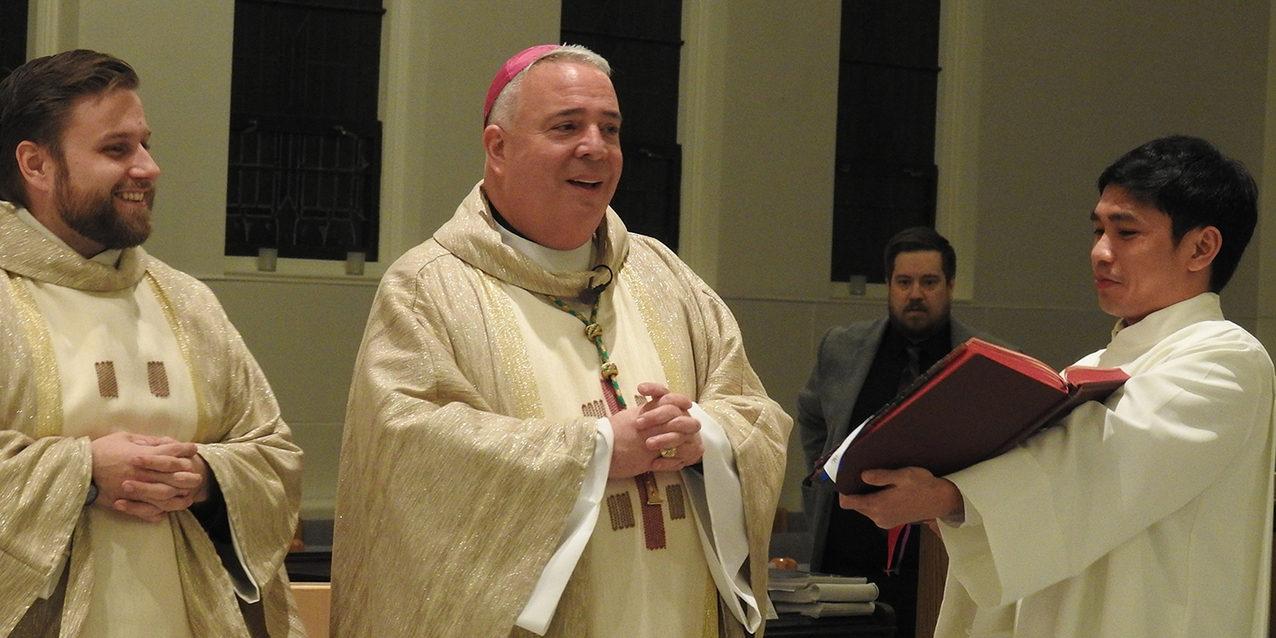 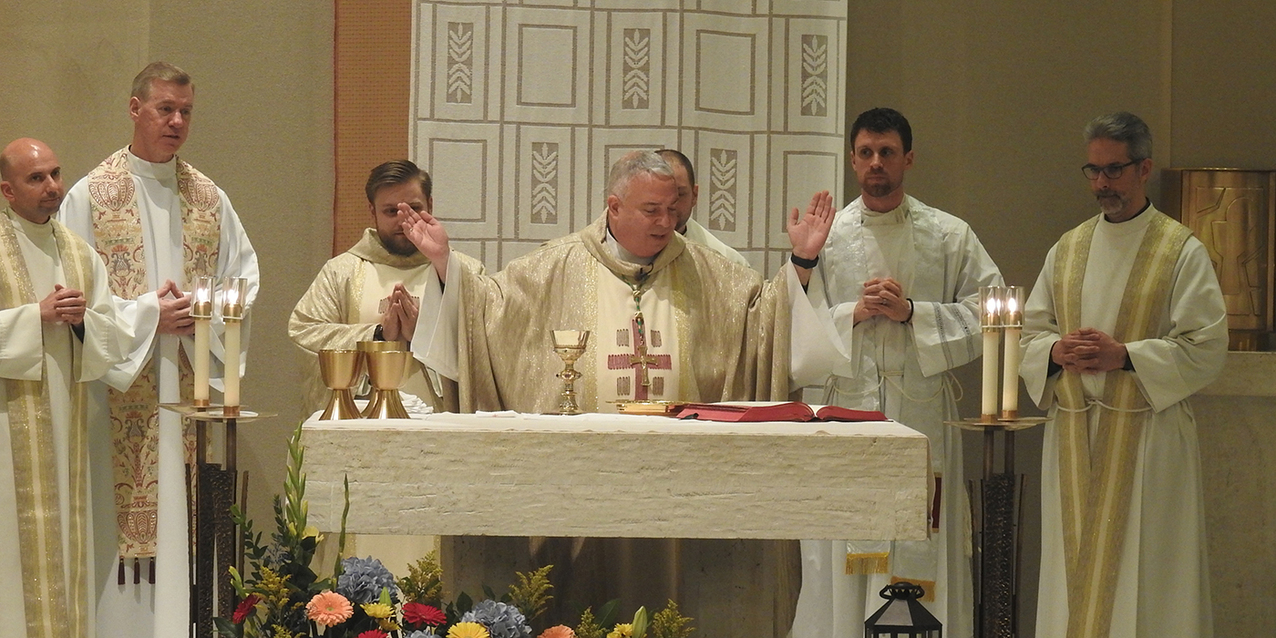 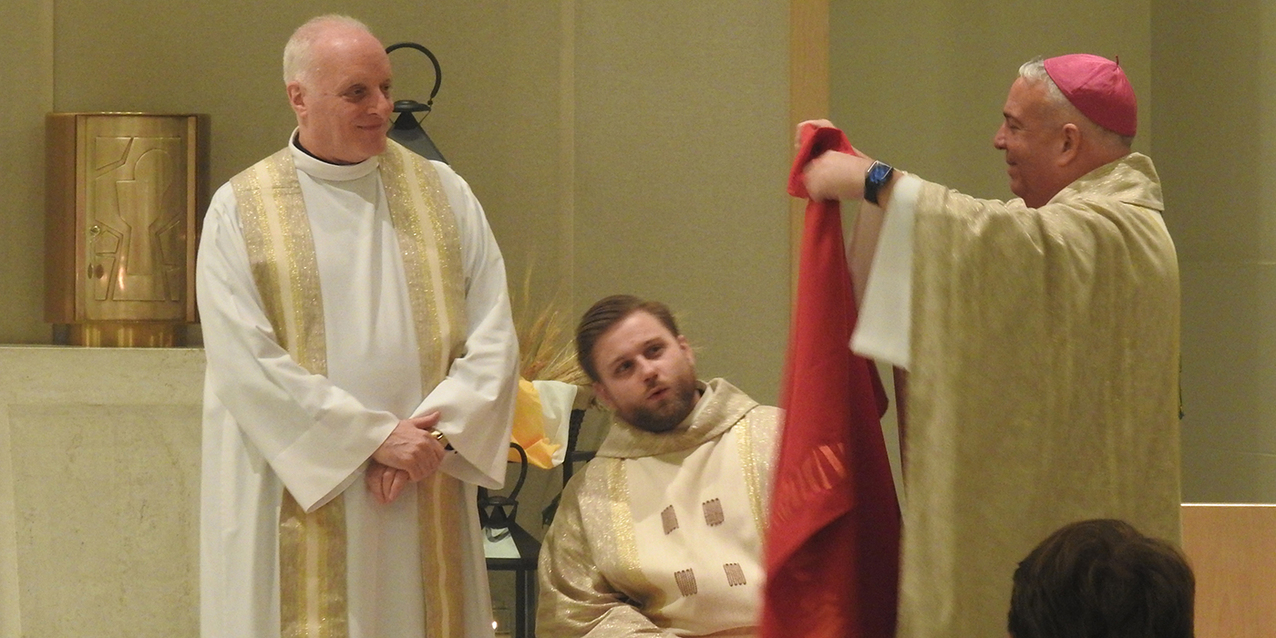 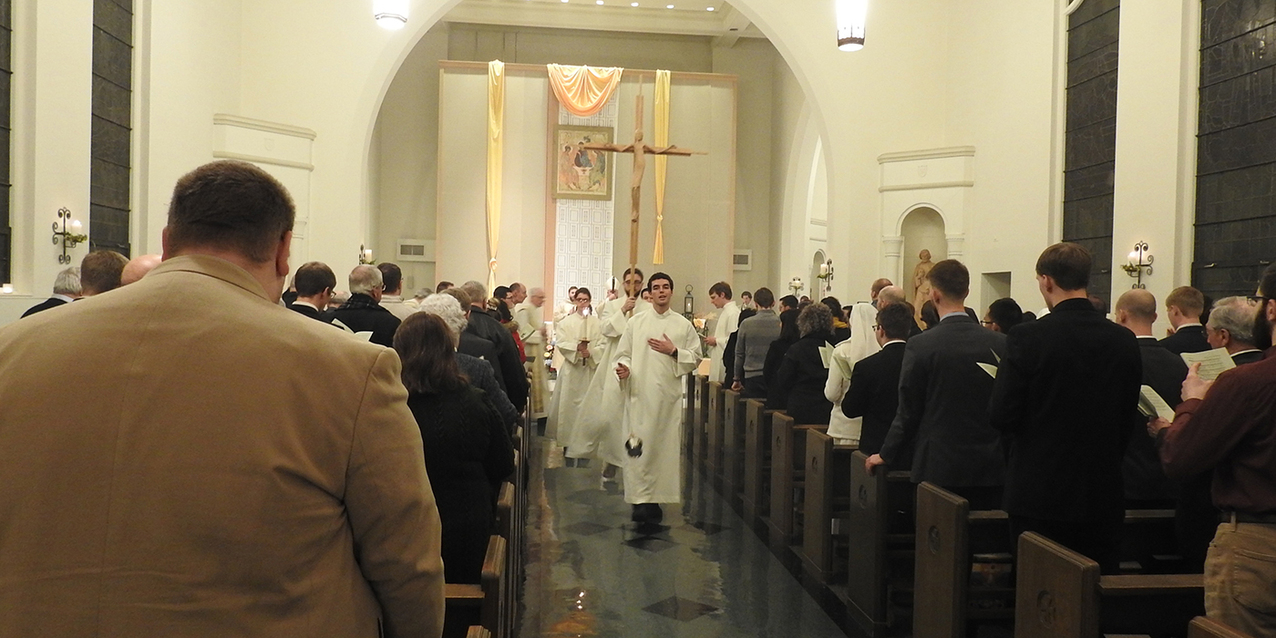 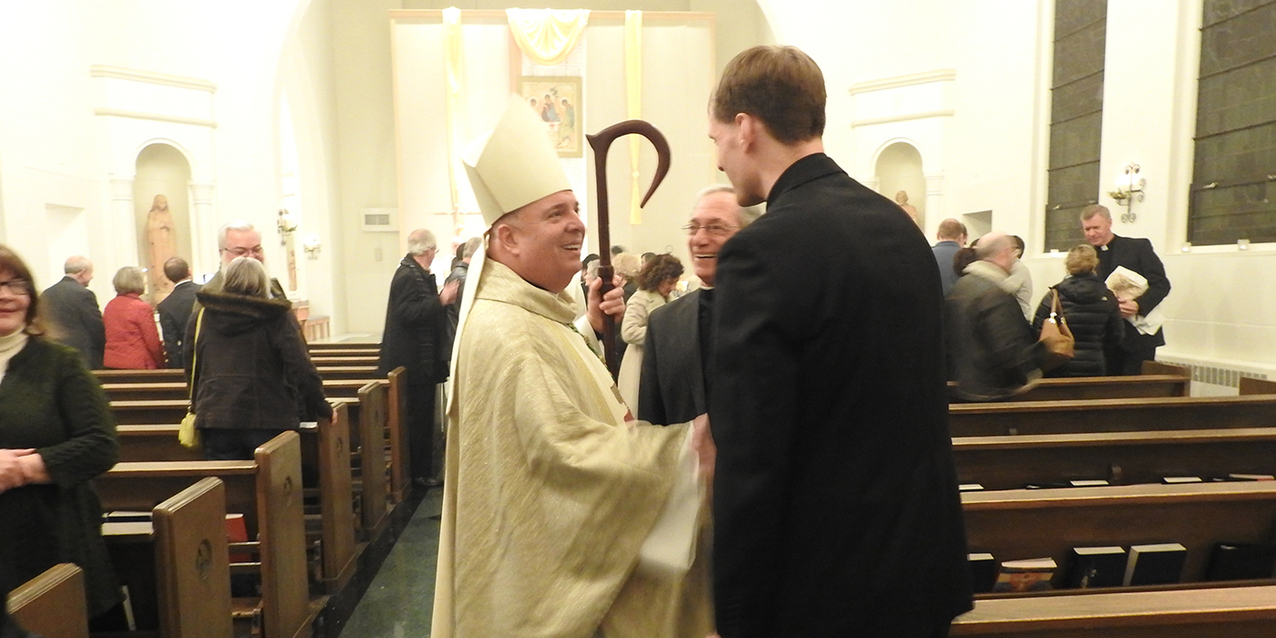 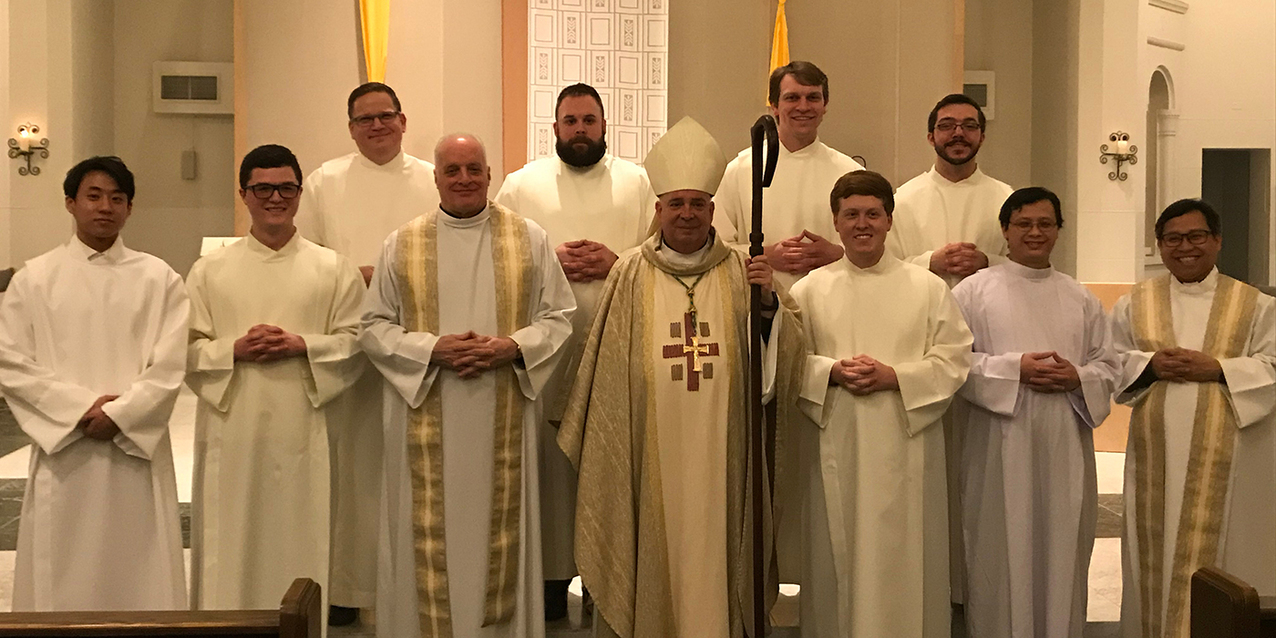 “In many ways the seminary is the heart of the Church in Cleveland,” Archbishop-designate Nelson Perez told those gathered at the Center for Pastoral Leadership on Feb. 7 during the liturgy for institution of acolyte. “One of the things I’m most proud of in this diocese is this seminary.”

Eight men from Saint Mary Seminary took another step in their formation for ordination to the priesthood with their installation as acolytes. About 20 priests, including seminary faculty and staff and pastors of the new acolytes’ parishes concelebrated the Mass.

It was the archbishop-designate’s last formal event at the seminary before his Feb. 18 installation as the new archbishop of Philadelphia.

The Cleveland Diocese has an arrangement with the Diocese of Youngstown and the Archdiocese of Daegu to help prepare seminarians for the priesthood.

The ministry of acolyte involves assisting the priest and deacon at the altar during Mass, including distribution of the Eucharist and purifying the sacred vessels.

Archbishop-designate Perez told the eight seminarians that despite all the people and things that have come and gone in the history of the Church, one thing is constant: the Eucharist. He also reminded them that they were called by the Lord. “And tonight you answered, ‘present.’”

He also told them that when, “God willing, you become priests, the Eucharist will lie at the center of your ministry.” The archbishop-designate urged them not to let the liturgy and the Eucharist become second nature. “We tend to take things for granted if they become too familiar,” he said, cautioning them to remember that with the sacred species they are now beginning to handle. “Remember the presence of Christ in the Eucharist,” he said.

After the Mass, Father Mark Latcovich, seminary president-rector, spoke briefly on behalf of the seminary community thanking Archbishop-designate Perez for his wisdom and leadership during the past 2½ years. They presented him with a red vestment.

“Through joy and hope you showed us by example and words what the heart of a shepherd looks like. Thank you for your presence,” Father Latcovich said.

“Thank you for having the heart of a shepherd here and being a faithful pastor and leader to these men,” the archbishop-designate said to Father Latcovich.

He also thanked Bishop emeritus Anthony Pilla, who attended the liturgy, for his service to the diocese. “Bishop Pilla, you are a source of great strength and you are steadfast. You helped console, guide and walk with the Church during some tough times,” he said.

Archbishop-designate Perez said he hopes to come back to check out the work and renovations that are planned for the seminary as a result of the $30 million Heart of a Shepherd capital campaign that kicks off this year. The initiative will raise funds to renovate Borromeo Seminary and Saint Mary Seminary; provide care for retired priests; and provide support for newly ordained clergy.

He posed for a few photos with the new acolytes after Mass. A reception followed in the dining room.