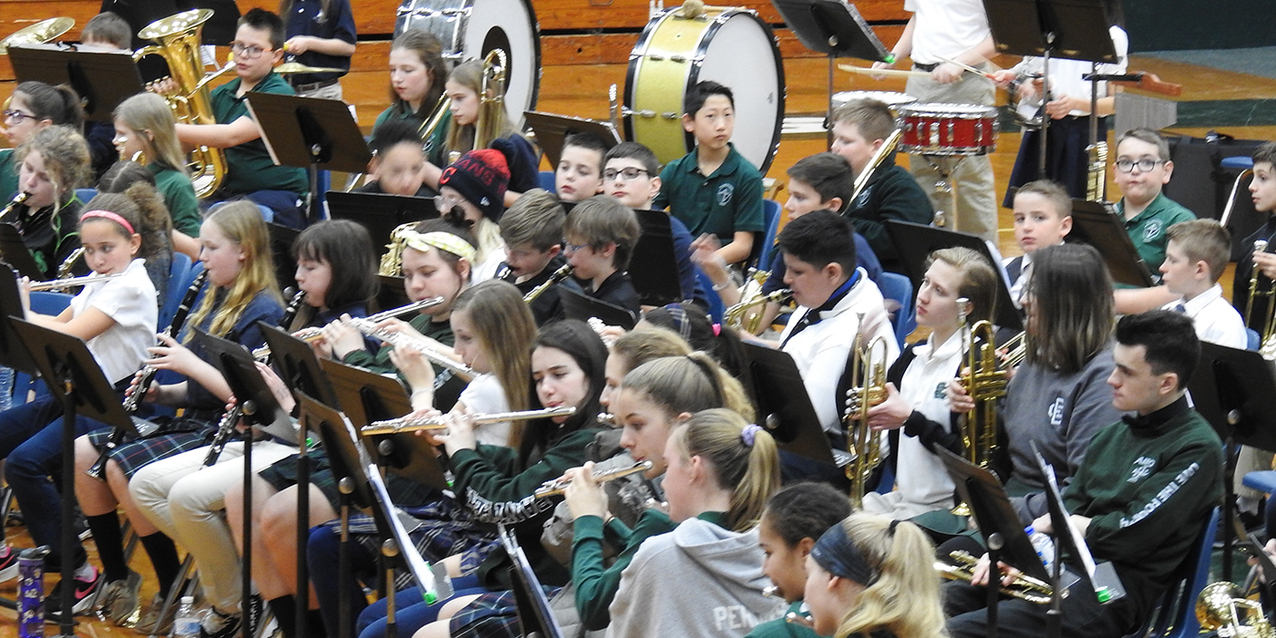 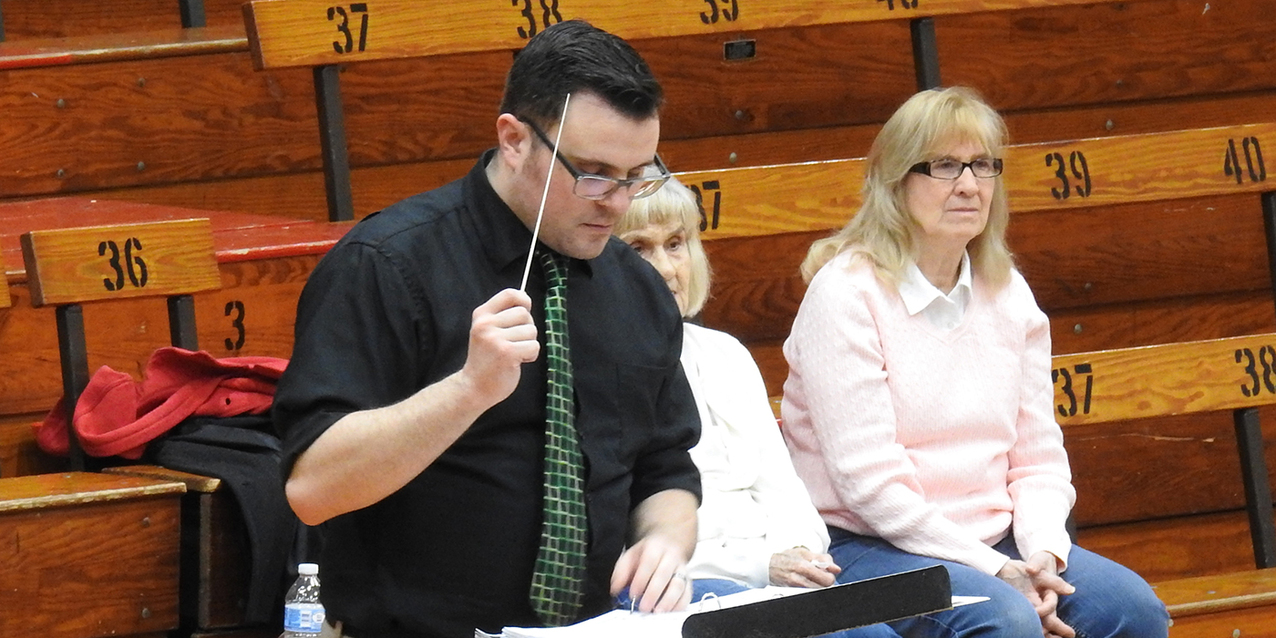 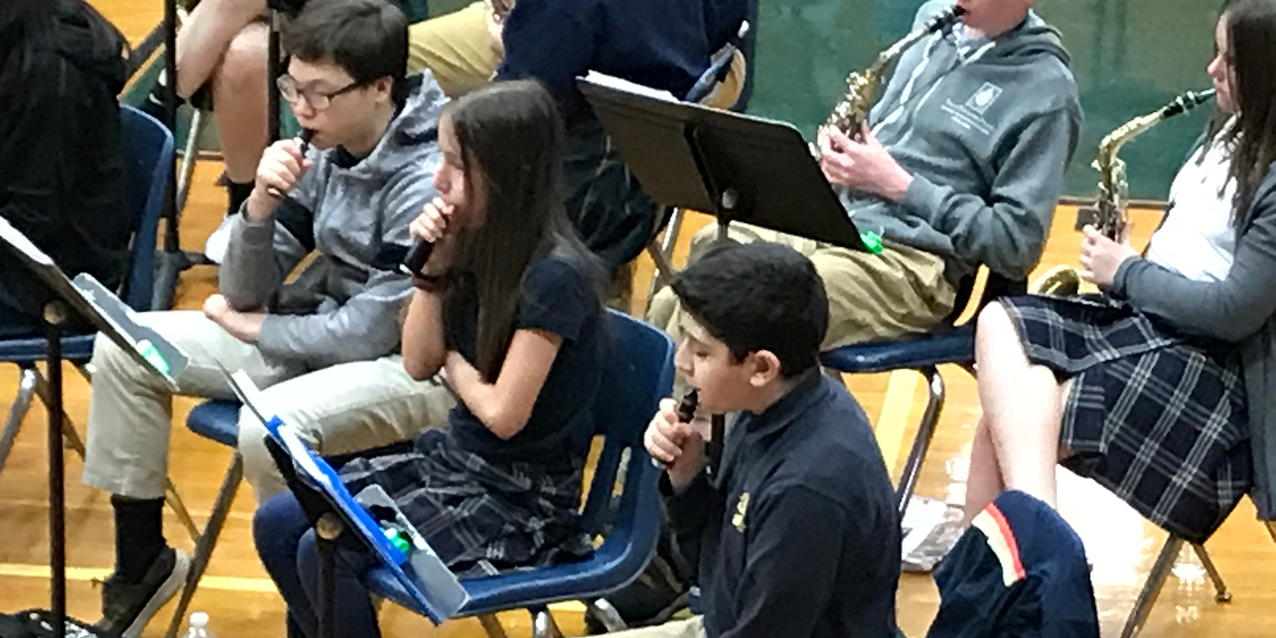 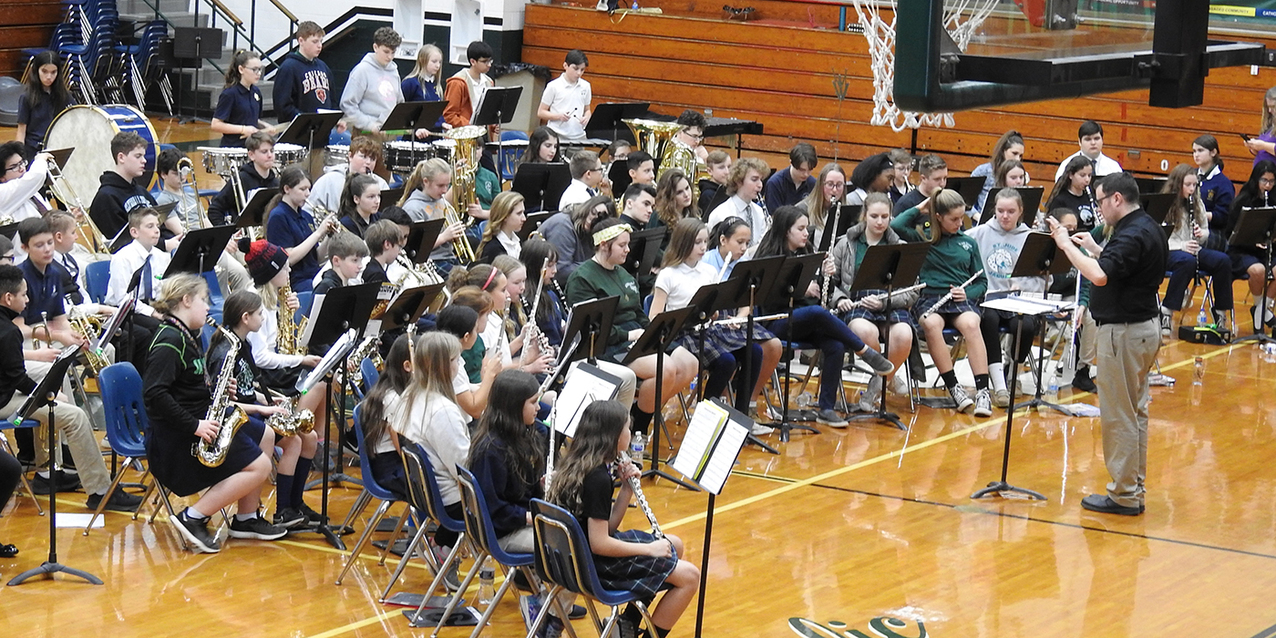 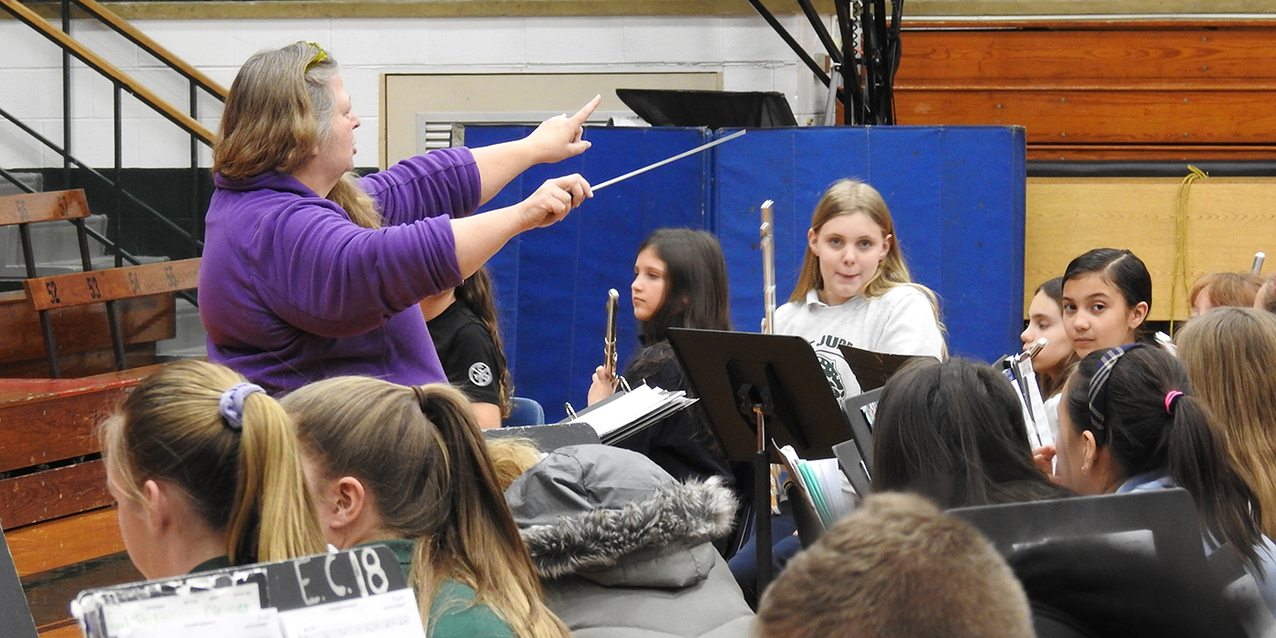 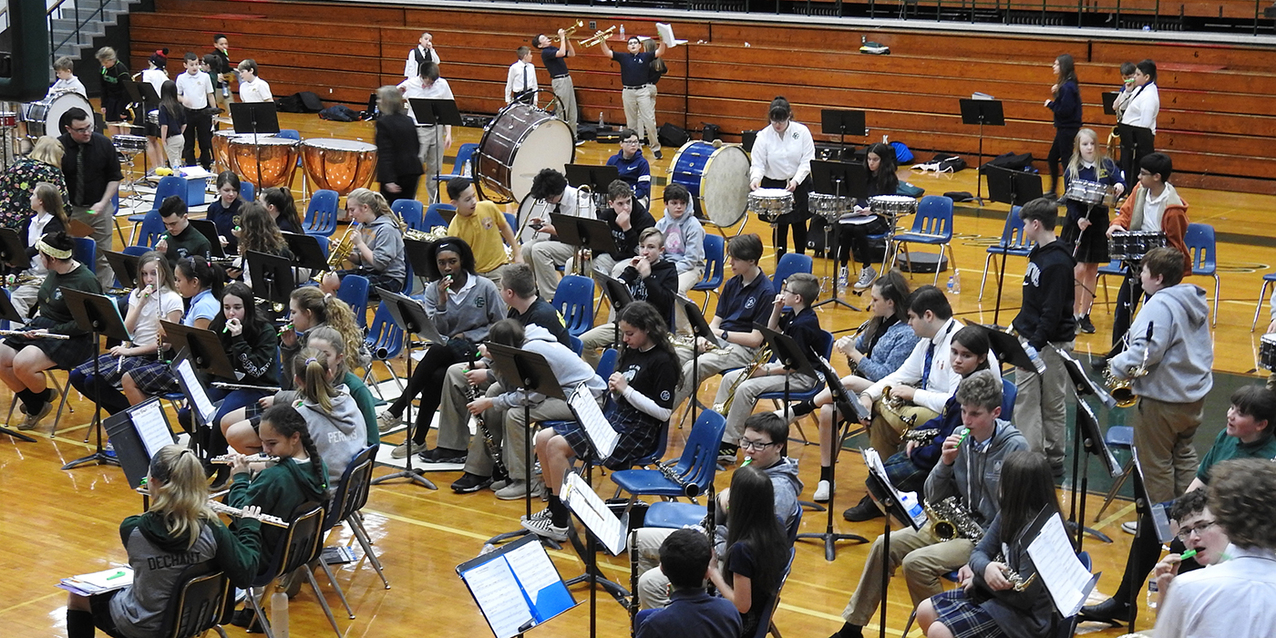 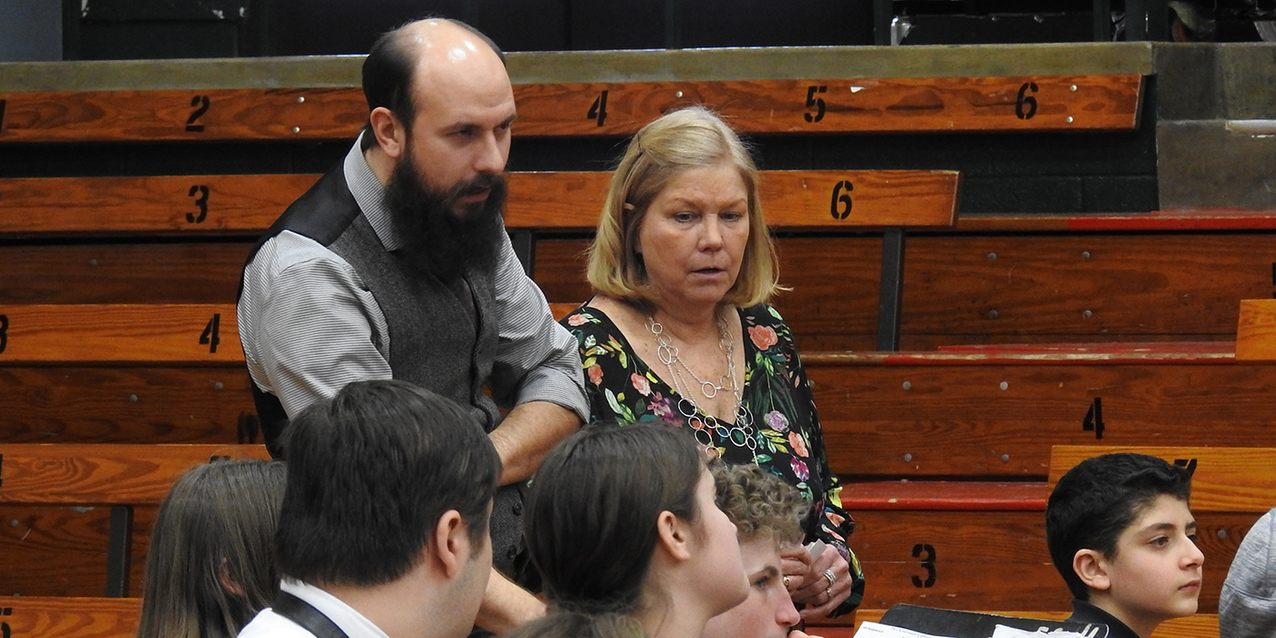 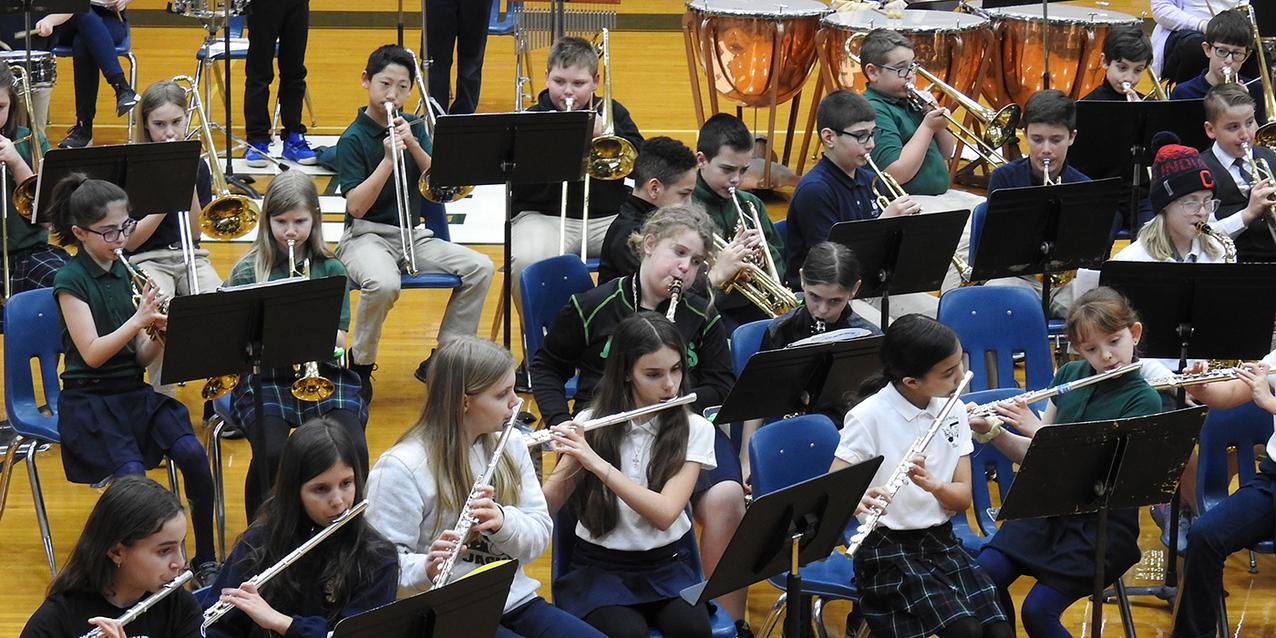 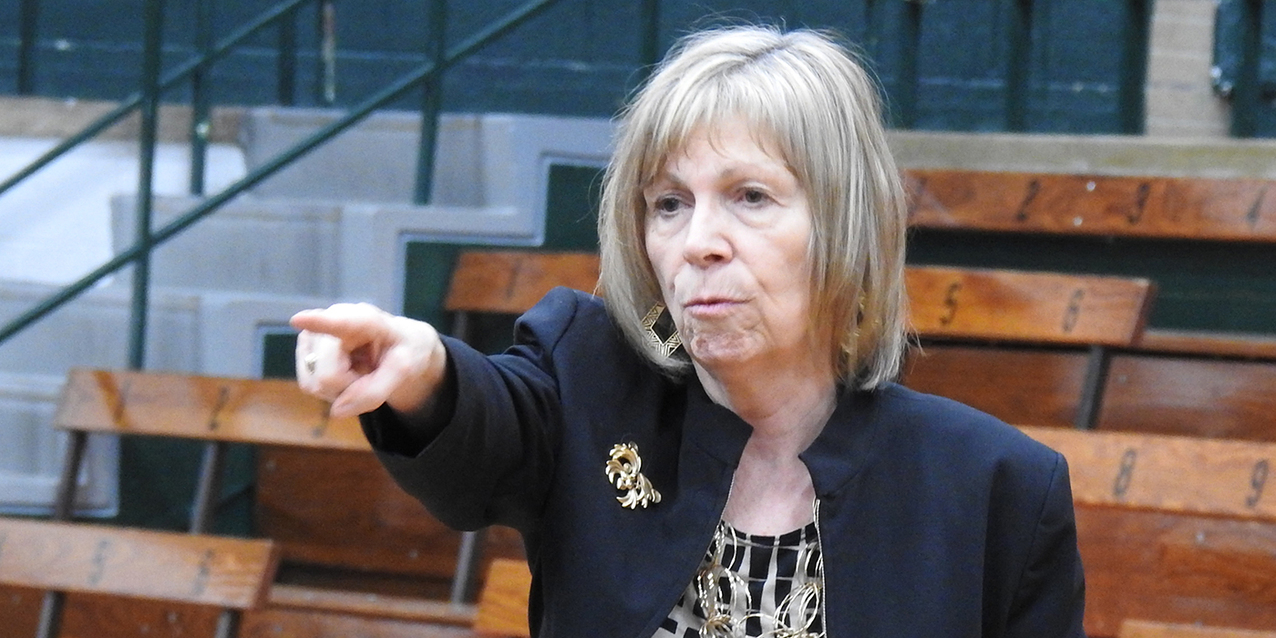 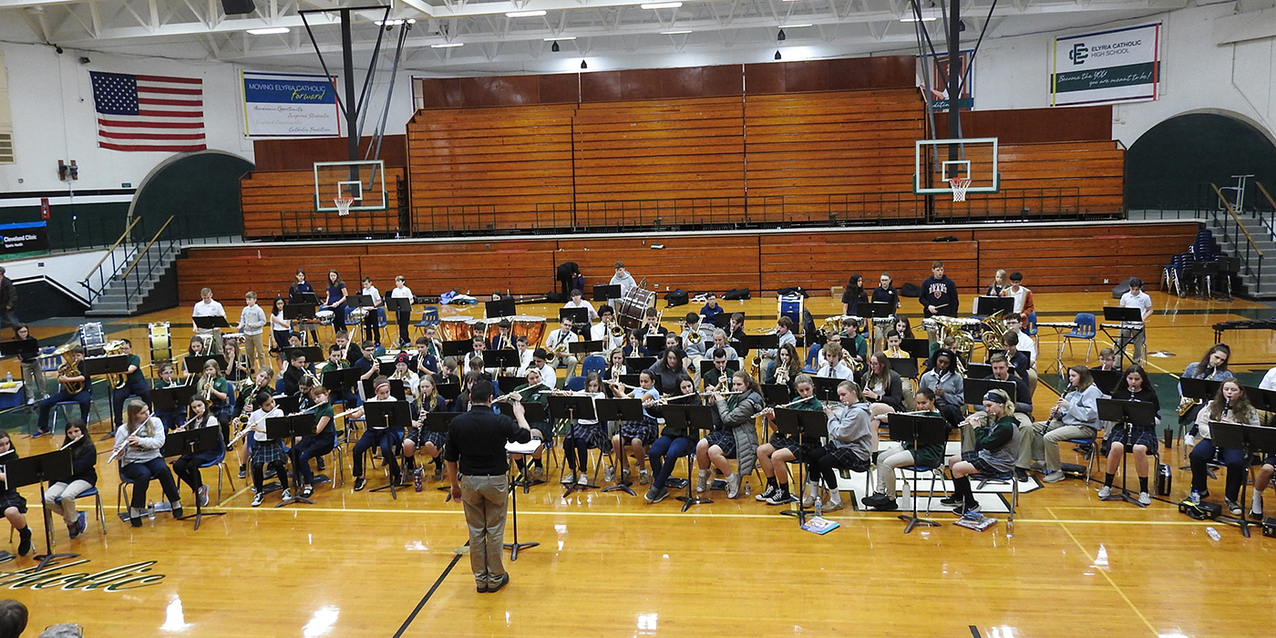 The daylong event drew about 90 band members from St. Joseph, Amherst; St. Jude and St. Mary, Elyria; St. Mary of the Immaculate Conception, Avon; and St. Mary, Vermilion (which is in both Lorain and Erie counties) schools. They were joined by members of the Elyria Catholic High School Band.

“We wanted the students to experience playing with a larger group,” Ramsey said, explaining the purpose of the festival. She said some Catholic schools don’t have a band and others have a small group. For example, she has about 13 in the St. Mary, Elyria, band and about 40 in the St. Jude band. Band practice sessions at schools can vary from about 30-45 minutes once or twice a week, she added.

Students participating in the festival are in at least their second year of band, Ramsey said.

The band directors meet in the fall to discuss and determine the music students will perform at the festival. The sheet music is distributed after Christmas break, Tucker said, and students have been learning and practicing since they returned from Christmas break.

“I have a small band,” Tucker said, noting that St. Mary in Vermilion includes students from preschool through grade 6. “This festival gives them a chance to hear music with other instruments that we might not have in our band.”

For the festival’s first 20 years, it rotated among St. Joseph School in Avon Lake, St. Joseph, Amherst and St. Jude. However, for the past five years, EC has welcomed the event to its campus. EC band students spend the day learning and rehearsing with the elementary school band members. Some students may have been in the festival as long as eight years if they continued with band from elementary school through high school at EC, Ramsey said.

The high point of the festival was a free evening performance that drew about 400 people to the EC Coliseum, Ramsey added.

“It can be overwhelming for the younger students,” Ramsey said, because they need to learn eight songs for the festival. “At our school Christmas concert they only play about four numbers,” she said.

But students look forward to the experience, Ramsey said. “They meet students from other schools that maybe they compete against in sports or other events and they’re able to connect with them. Music is the one language that you can use anywhere and be understood.”

The band directors take turns leading the students, Ramsey said, noting it’s good for them to hear instruction from others.

They gathered at EC beginning at 8:30 a.m. for introductions and to begin rehearsing. Students had a break with a snack and then were back at work until about 11:30 a.m., when they broke for a pizza lunch provided by EC. At 12:30 p.m. they assembled in the Coliseum for a dress rehearsal.

“We appreciate Elyria Catholic hosting us and making us feel so welcome,” Ramsey said.

The final number for the combined band was a novelty performance, “Clarinets Packing up Early,” by Gary Fagan. Clarinet players surprised the audience by gradually removing and storing one section of their instruments at a time, with the instruments becoming progressively smaller until they no longer could be played. Then the band pulled out green kazoos and performed a few measures of music with them.

“It was fun and a little challenging for the students,” Ramsey said, noting they had to work to disassemble their clarinets and store the pieces as they continued with the music.

But overall, she called the day a success and said they’re looking forward to next year’s festival.