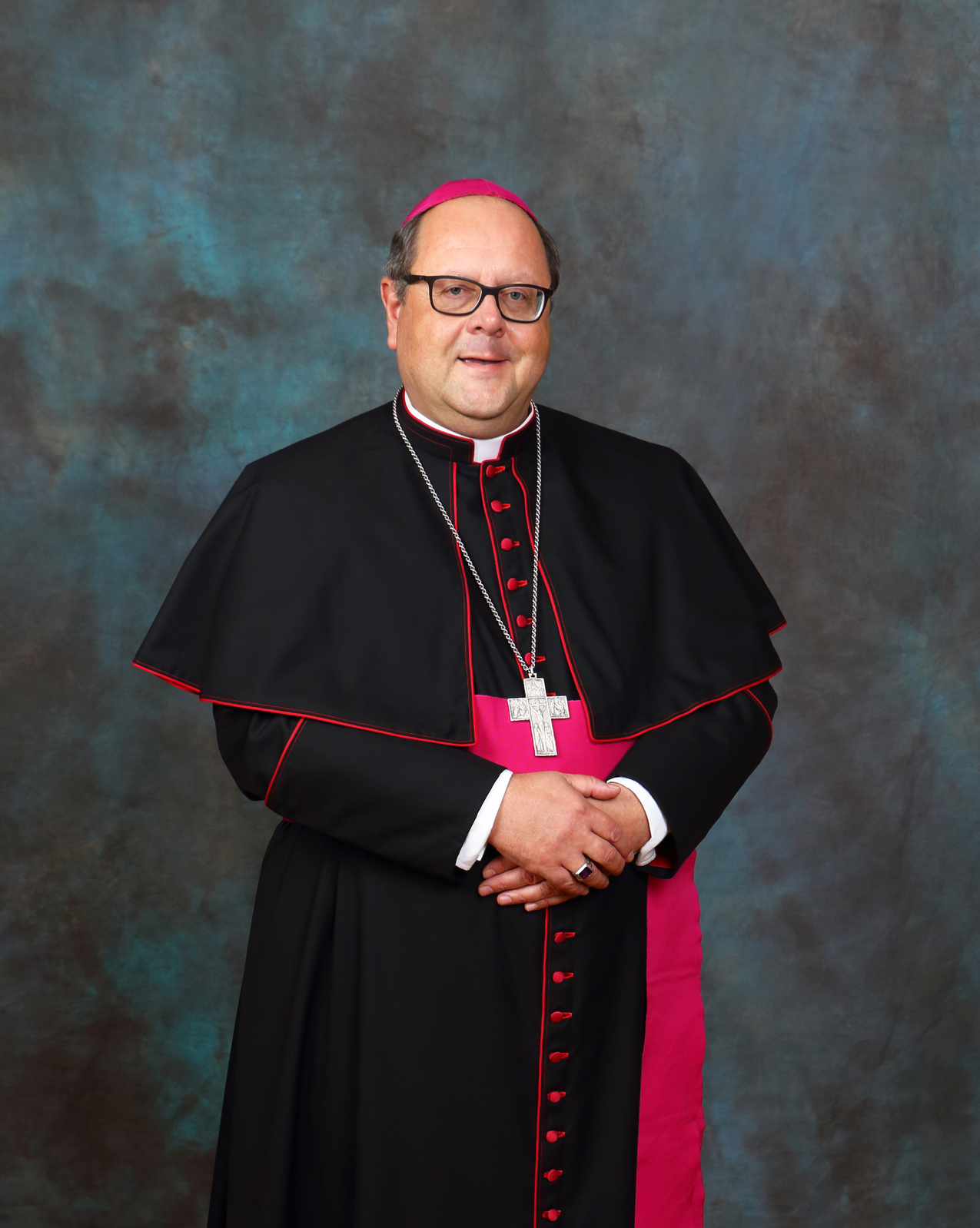 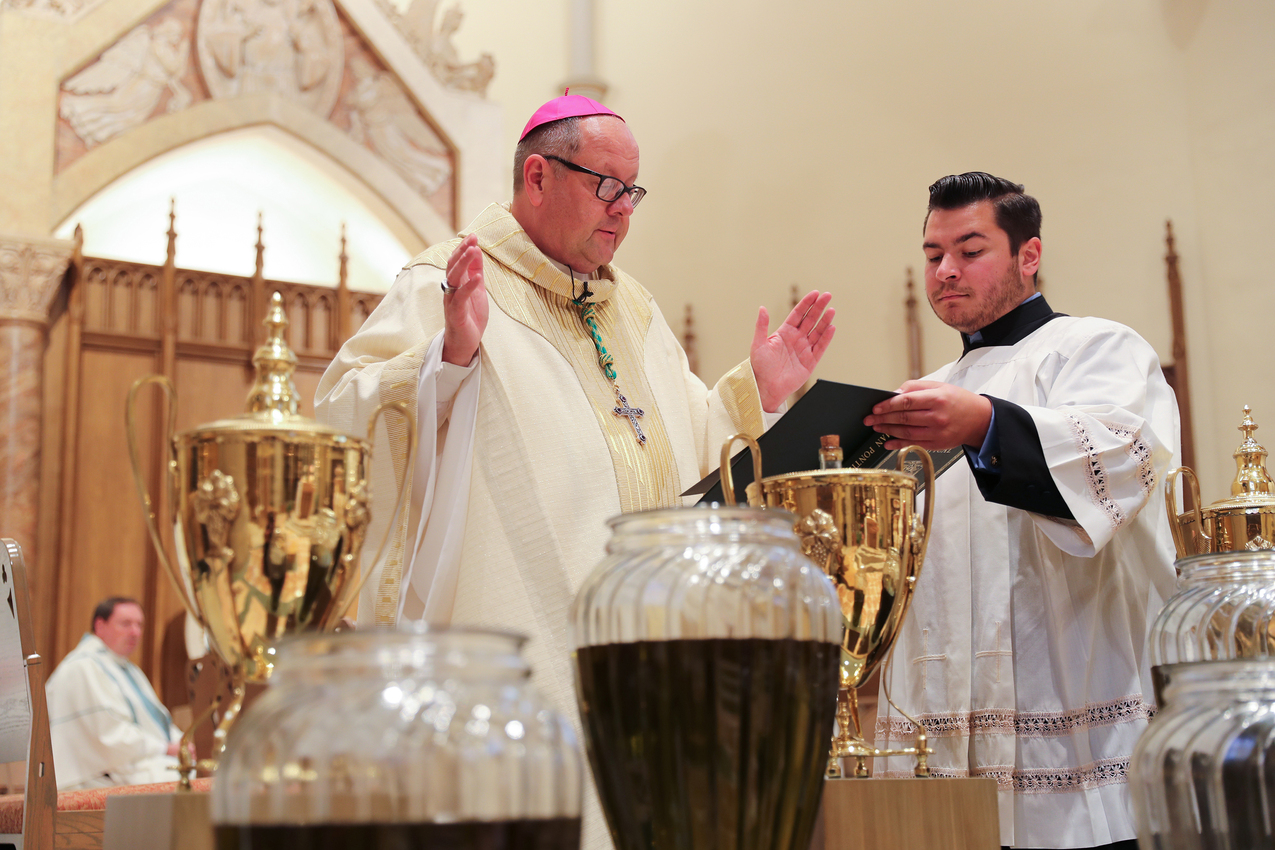 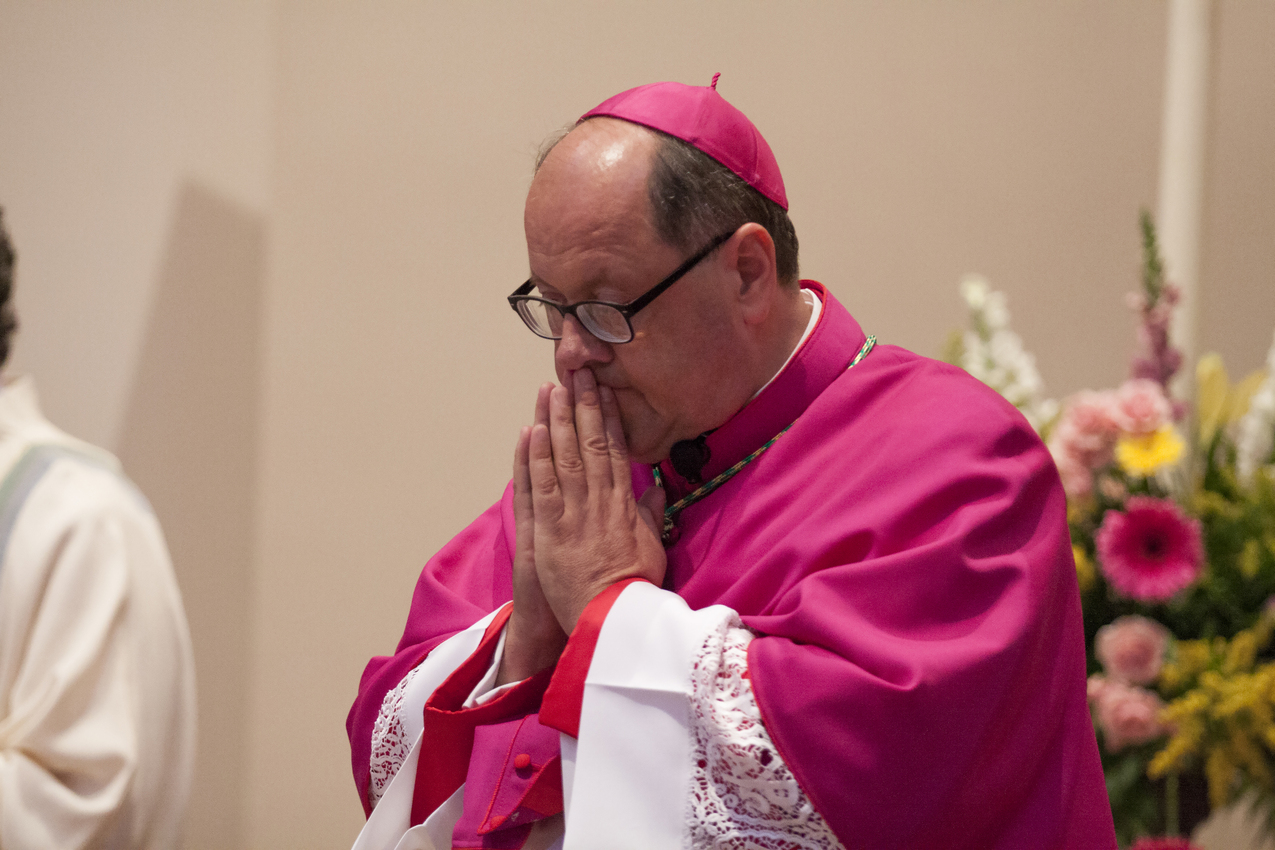 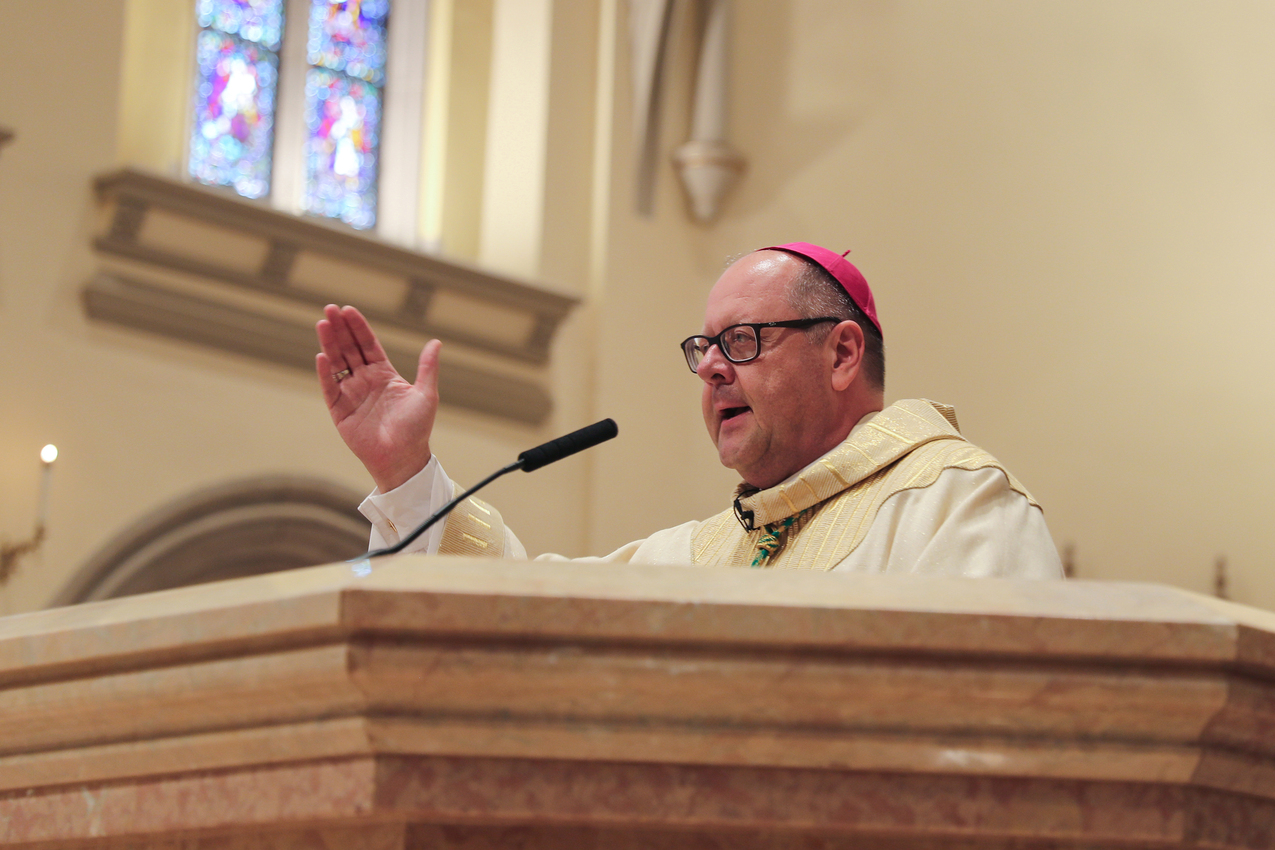 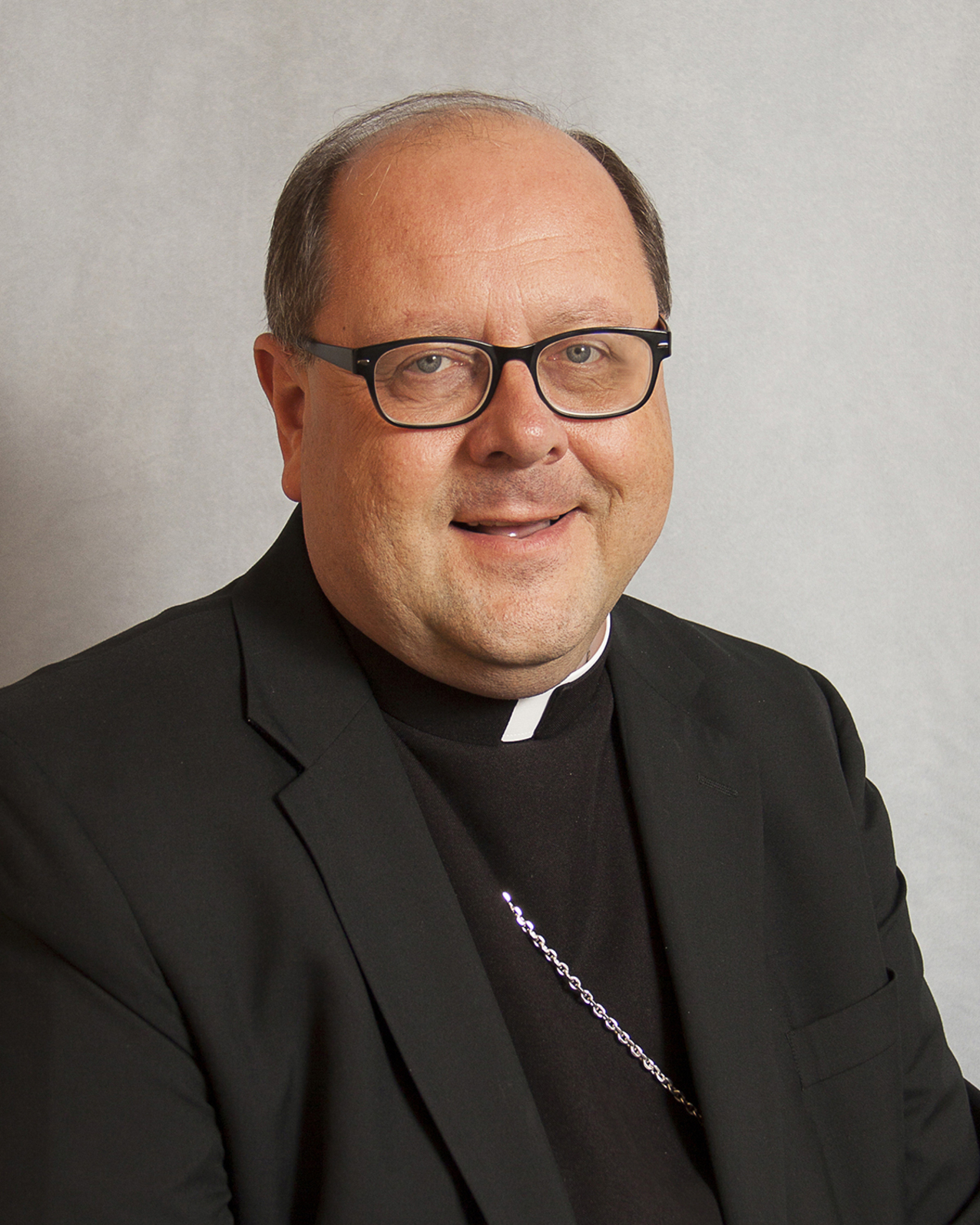 Bishop Edward C. Malesic, bishop of Greensburg, Pennsylvania will be introduced at a press conference at 10 a.m. today as the 12th bishop of the Catholic Diocese of Cleveland. The press conference will be livestreamed on the diocesan website.

Bishop Malesic, who is 59 and has been a priest for 33 years, takes over governance of the diocese from Archbishop Nelson Perez, who was named archbishop of Philadelphia in February. The new bishop’s appointment was made by Pope Francis and announced at 6 a.m. local time today by Archbishop Christophe Pierre, apostolic nuncio to the United States, in Washington D.C.

Father Don Oleksiak will continue serving as diocesan administrator until Bishop-designate Malesic’s installation on Sept. 14 during a Mass in the Cathedral of St. John the Evangelist in downtown Cleveland.

The Catholic Diocese of Cleveland comprises 3,414 square miles and includes eight counties in the north-central part of Ohio. It has a total population of 2,774,113 people, of which 682,948 or 24% are Catholic.

Pope Francis named Bishop Malesic as the fifth bishop of Greensburg, which is in Southwest Pennsylvania, on April 24, 2015. His episcopal ordination and installation took place on July 13, 2015 at Blessed Sacrament Cathedral in Greensburg.

Bishop Malesic was born to Joseph A. and the late Elizabeth Schatt Malesic on Aug. 14, 1960 in Harrisburg, Pennsylvania. One of four children, he was raised in Enhaut, which adjoins the factory town of Steelton, near Harrisburg. His brother, Robert, and his wife, Constance, live in Hummelstown, Pennsylvania. The bishop’s 102-year-old father, who remains quite active, lives near Hershey, Pennsylvania. His other two siblings, Joseph Jr. and Margaret R. Malesic, are deceased.

The bishop is of German descent on his mother’s side; his father is of Slovenian descent. Bishop Malesic received the sacraments of initiation at the former St. John the Evangelist Parish -- which was a German national parish -- in Enhaut. He is a 1978 graduate of Central Dauphin East High School, Harrisburg, and he attended Lebanon Valley College in Annville as a biology major for three years prior to entering the seminary in 1981.

Bishop Malesic earned a bachelor’s degree in philosophy in 1983 from the Pontifical College Josephinum in Columbus. He continued his theological studies there and was awarded a master of divinity degree in 1987.

Bishop William H. Keeler, then bishop of Harrisburg, ordained him to the diaconate on May 24, 1986, and to the priesthood on May 30, 1987, at St. Patrick Cathedral in Harrisburg.

After ordination, Bishop Malesic served in several assignments in the Diocese of Harrisburg, including as assistant pastor of St. Theresa Parish in New Cumberland, Pennsylvania1987-1989 and assistant pastor of St. Rose of Lima Parish, York, 1989-1992. He also was the Catholic campus minister at York College of Pennsylvania while serving at St. Rose.

Bishop Nicholas C. Dattilo sent him to study canon law at The Catholic University of America in Washington, D.C. in 1986. After earning his licentiate in canon law in 1998, Bishop Malesic served several years in the Diocese of Harrisburg’s Tribunal in several positions including auditor, adjutant judicial vicar and secretary for canonical services. In 2006, he was appointed judicial vicar, the position he retained until being named Bishop of Greensburg. He is a member of the Canon Law Society of America.

During his tenure at the tribunal, the bishop lived at St. Margaret Mary Parish in Harrisburg 1996-2000 and at St. Elizabeth Ann Seton Parish in Mechanicsburg 2000-2004. While living in Mechanicsburg, he also served the spiritual needs of students at Messiah College in Dillsburg.

On April 1, 2004, Bishop Malesic was appointed to Holy Infant Parish in York Haven as administrator before being named pastor on Dec. 22, 2004. He guided the parish for 11 years and oversaw the relocation and initial construction of a new church and parish center. The project was completed in 2016.

During his time in the Harrisburg Diocese, the bishop served on several boards, committees and organizations including the Continuing Formation of Clergy Committee; Seminarian Review Board; Diocesan Presbyteral Council; College of Consultors; Bishop’s Administrative Board; and the Youth Protection Committee of the Pennsylvania Catholic Conference. He also served on the Board of Hospice of Central Pennsylvania.

Nationally, Bishop Malesic serves on two United States Conference of Catholic Bishops’ committees: the Committee on Canonical Affairs and Church Governance and the Subcommittee for the Church in Central and Eastern Europe.

He released his first pastoral letter, A Pastoral Letter on the Drug Abuse Crisis: From Death and Despair to Life and Hope,” on June 29, 2017, in response to the opioid epidemic in the region. In it, he called on the people of the diocese to take action against the opioid scourge and outlined diocesan and parish efforts focused on prayer, education and cooperative actions with social service agencies already engaged in the fight against addiction.

In response to the clergy abuse crisis and the release of the Pennsylvania Grand Jury Report and in order to increase diocesan transparency and outside oversight, Bishop Malesic established a Safe Environment Advisory Council to assist the Diocese of Greensburg. The advisory council oversaw a series of seven listening sessions around the diocese, each of which was attended by Bishop Malesic and gave parishioners the opportunity to express their feelings about the grand jury report, make observations and offer suggestions.

In February 2019, Bishop Malesic announced details of a Comprehensive Reconciliation Initiative, which includes a Survivors’ Compensation Program, to support survivors of abuse.

On July 1, Bishop Malesic announced the formation of the Saint Pope John Paul II Tuition Opportunity Partnership, which was made possible by the single largest donation from a family the Diocese of Greensburg received in one year. The anonymous $2.4 million donation, combined with $1.7 million in existing funds donated by other individuals and businesses, make $4.1 million in scholarships and tuition assistance available for the 12 Catholic schools in the Diocese of Greensburg. The funds are for use in the 2020-21 academic year. The announcements were made at separate media events held at five different Catholic schools that day.

The Diocese of Greensburg was established by Pope Pius XII on March 10, 1951. It consists of 3,334 square miles in four counties of Southwestern Pennsylvania. Total population is 641,041, of which 137,641 are Catholic. There are 78 parishes and 38 parishes in partner configurations in the diocese. The clergy includes 84 diocesan priests, 51 of whom are active; 33 retired priests; 13 international priests and six permanent deacons.