The bells are chiming once again as renovations continue at St. Bernard Church 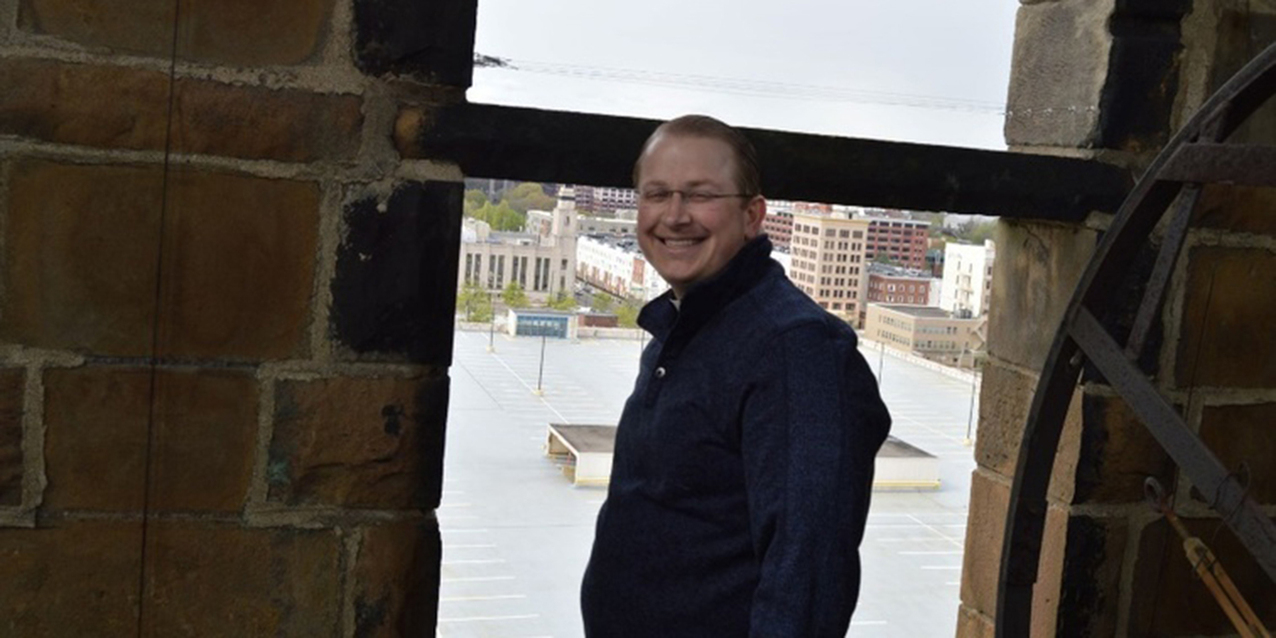 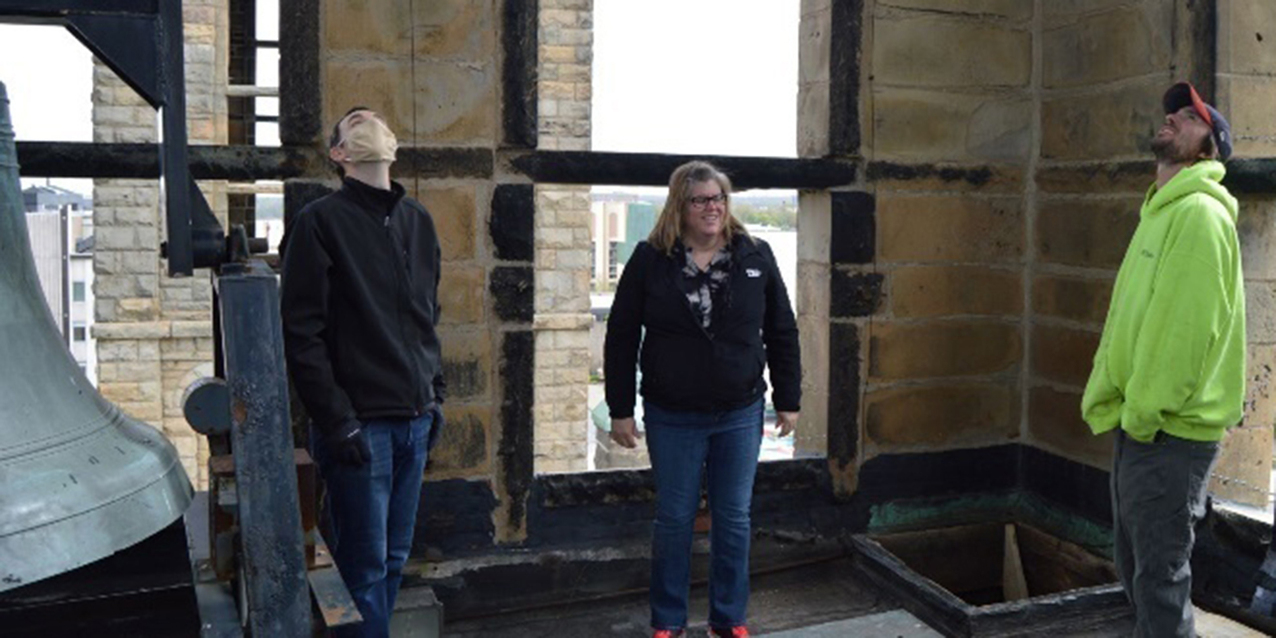 Those passing by historic St. Bernard’s Church, 44 University Ave., Akron, probably noticed some changes during the past year -- beginning with the silencing of the church bells and the protective scaffolding that was erected outside the main entrance in April 2019. It went up as a safety precaution after a chunk of stone fell from one of the bell towers.

The parish learned that some areas of the church’s exterior stone and masonry walls were loose and there was concern that falling debris could injure someone, so the structure was erected as a protection. The church was built in 1905 and is known for its beauty – both inside and out.

Father Chris Zerucha, pastor of St. Bernard Parish and nearby St. Mary Parish, said St. Bernard’s hired professionals, including engineers and architects, to do a survey of the church’s exterior to see what kind of repair work was needed. This is the first time since 1995 that major work is being done on the church’s exterior, he said. Renovation was done more recently on the interior and the organ, which also dates to 1905, was restored and rededicated in January 2018.

After studying the stability of the stone and masonry, Father Zerucha said loose stone and some instability in the masonry were discovered in the bell towers. As a result, the bells were silenced for a year. Work on that portion of the project is finished and the bells were reinforced with steel beams. They began chiming again in May, twice daily – at noon and 6 p.m. – Father Zerucha said.

The parish applied for a grant from the National Fund for Sacred Places in Washington, D.C., and learned in June that it advanced to Phase II. He expects to learn in October whether or not St. Bernard’s will be awarded a grant to help pay for the project.

The project continued – even during the coronavirus pandemic -- Father Zerucha said, adding that he hopes it will be complete by December. The work can be followed on St. Bernard’s website.