Sister Rochelle Guertal, OSST is remembered as ‘a joyful presence’ 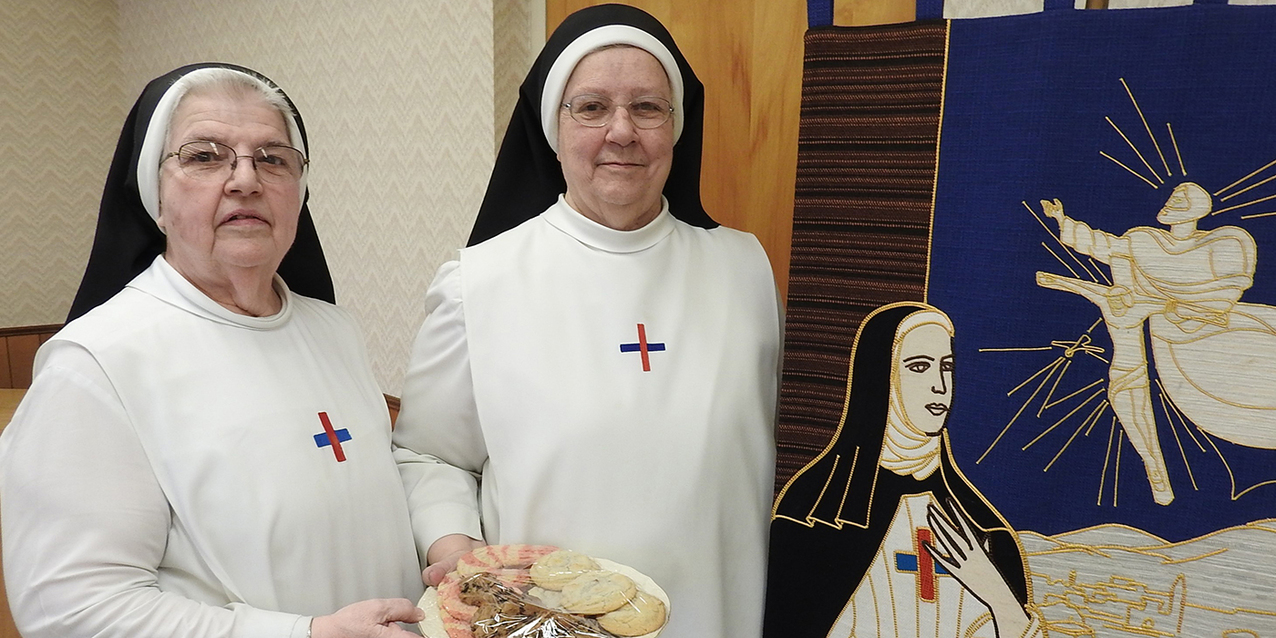 The Sisters of the Most Holy Trinity are mourning the loss of their provincial superior, Sister Rochelle Guertal, OSST.

Sister Rochelle also was the director of the Office of Religious for the Catholic Diocese of Cleveland, serving as a liaison between the diocese and the religious orders ministering there.

“She was irreplaceable,” said Sister Phyllis Ann Lavalle, OSST, administrator of Our Lady of Lourdes National Shrine in Euclid, a ministry of the sisters. “It’s taking four sisters to do the work Sister Rochelle had done.”

Sister Rochelle, 74, died on Aug. 31 after a short battle with cancer.

Her wake will take place 2-7 p.m. Sept. 8 in the parlor at Our Lady of Lourdes Shrine, 21281 Chardon Road, Euclid. The funeral Mass -- which is by invitation only for family, clergy and religious -- will follow at 7:30. A private burial will take place on Sept. 9 at Calvary Cemetery in Cleveland. Those attending the wake must wear a face mask and observe social distancing.

“She was a joyful presence,” said Father Dan Schlegel, vicar for clergy and religious for the Diocese of Cleveland.

Father Schlegel recalled visiting Sister Rochelle during her illness. “She rolled with the punches,” he said. “She had an engaging spirit.” Her goal was to return to her job with the diocese, Father Schlegel said.

“People should never give up on the power of prayer. Every prayer will be answered – maybe not in the way we want – but it will be answered,” he said, noting that heaven is the ultimate goal, and the answer to all of our prayers.

The latter part of Sister Rochelle’s illness was spent at Mount St. Joseph in Euclid, very near the shrine she loved so much. She was under the care of the Sisters of St. Joseph of St. Mark, one of whom – Mother Mary Raphael Gregg, SJSM – was her longtime friend.

Father Schlegel said Mother Raphael and her community lovingly cared for Sister Rochelle and made it possible for members of her community to visit. “It was a holy experience having the sisters around while I anointed her,” he added.

“It’s difficult for her because she lost a good friend. The sisters and staff at Mount St. Joseph and the hospice staff were wonderful,” Sister Mary Donald said. They made sure Sister Rochelle was well cared for and comfortable. “She was prayed for by people around the world and she died peacefully.”

An Akron native, Sister Rochelle attended St. Mary School and St. Mary High School, entering the Sisters of the Most Holy Trinity in 1964 after high school graduation. She earned a bachelor’s degree from St. John College in Cleveland and attended graduate school at John Carroll University. A few months after she entered the convent, Sister Mary Donald followed. They professed their vows together.

Sister Rochelle spent many years as an elementary school teacher and principal in New York, Pennsylvania, Florida and Cleveland, where she served at St. Rocco School and Our Lady of Mount Carmel (West).

“She was my formation directress and then my novitiate director,” said Sister Phyllis Ann. “I kind of majored in Rochelle,” she quipped. “We became close friends. We’re a small congregation and get to know each other very well. It’s difficult to lose a member, especially one as valued as Sister Rochelle. She was the leader – the one who saw and recognized opportunities and challenged the rest of us.”

“A friend said we were like yin and yang,” she added.

“She was an interesting leader,” Father Schlegel said, noting she was not dictatorial. “She had a carefree attitude that made her approachable.”

Sister Mary Donald said her sister was very active in school and involved in many activities including school plays. She also loved to play basketball and to travel. In later years, she did some crocheting and she loved to do jigsaw puzzles.

Sister Rochelle had an interest in religious life – especially the missions – from a young age. She learned about the Sisters of the Most Holy Trinity when a parochial vicar at their parish invited her to visit the shrine. “His mother volunteered at the shrine. She met the sisters and had the opportunity to attend Mass and to learn about them,” Sister Mary Donald said.

Over the years, the siblings worked together a few times, including at Our Lady of Mount Carmel, where Sister Rochelle was principal and Sister Mary Donald was a teacher. Sister Mary Donald then spent time in the Philadelphia, Pennsylvania area before being reassigned to Cleveland, where she rejoined her sister. She serves as treasurer of the congregation.

They had the opportunity to travel together several times, for religious conferences. “She loved to travel. We were able to have some 1:1 time as well as conducting congregational business,” Sister Mary Donald said. Among the places they visited were Atlanta, Georgia; Florida, California and St Louis, Missouri.

The congregation has chapters in Madagascar, Italy, the Philippines and the United States, so Sister Rochelle traveled to meetings in those countries as well, often accompanied by Sister Phyllis Ann or Sister Mary Donald.

“She loved the missions. When our congregation opened a house in the Philippines, she volunteered to help them get started,” Sister Mary Donald said.

As superior of the congregation in the U.S., Sister Rochelle handled dozens of duties, Sister Phyllis Ann said. “She made decisions, arranged the calendar, scheduled the cars, ordered supplies and groceries, set the prayer schedule, ensured personal supplies were available for the sisters, arranged transportation for the sisters’ medical appointments and sometimes accompanied them to talk with doctors and handled correspondence. And she was always ready to talk if someone needed her. She also loved to talk to people about religious life.”

During her time with the diocese, Sister Rochelle was instrumental in raising the profile of the annual collection to support the retired religious. Through her efforts, many thousands of dollars were raised to help religious orders in the diocese care for their retired members.

Sister Mary Donald said Sister Rochelle also helped plan and oversee a $750,000 renovation of the shrine dining room. “Unfortunately, she didn’t get to see the finished project,” she said.

“She’s going to be missed – not just by us – by a lot of people,” said Sister Mary Donald.