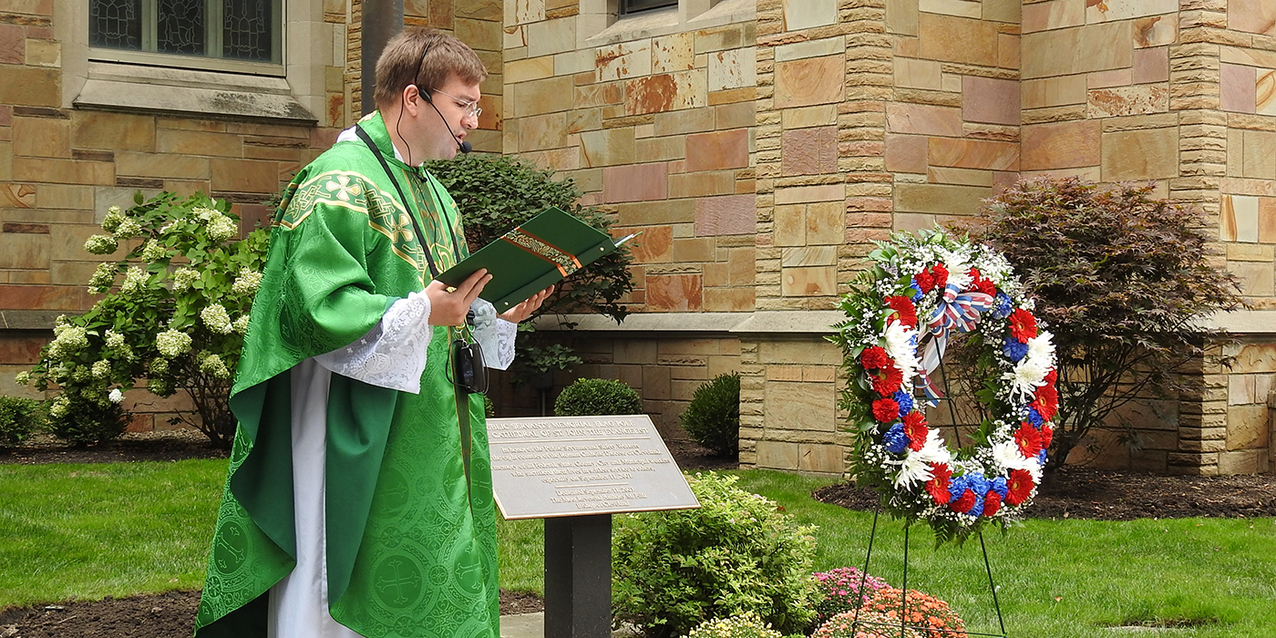 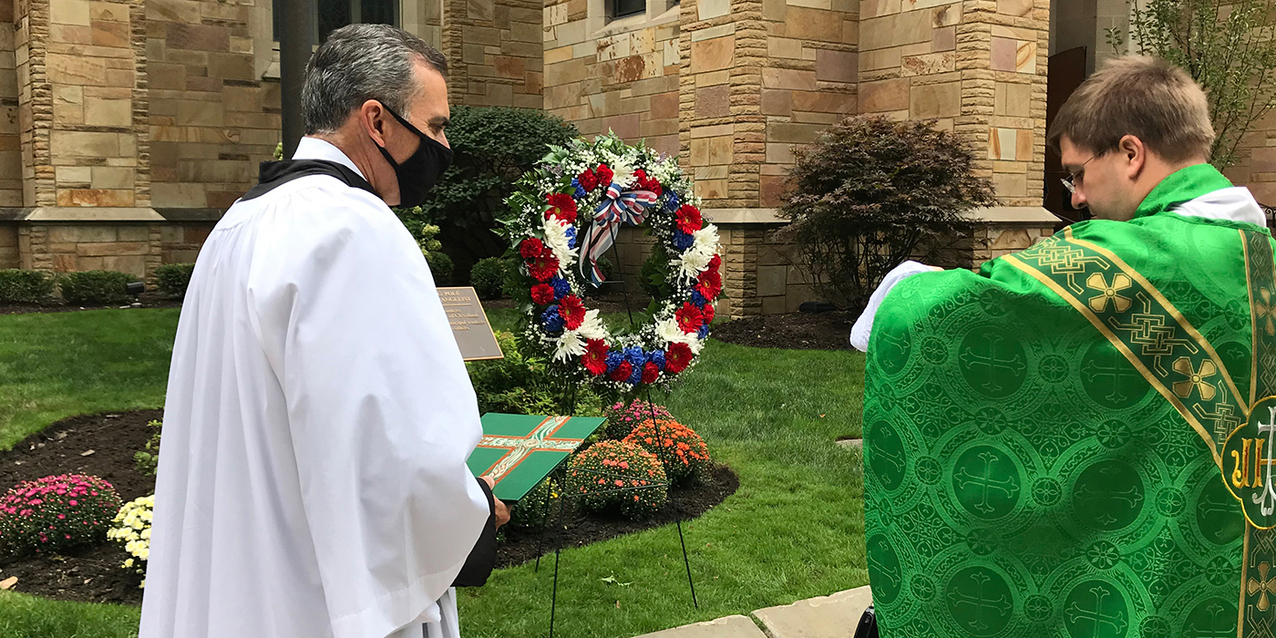 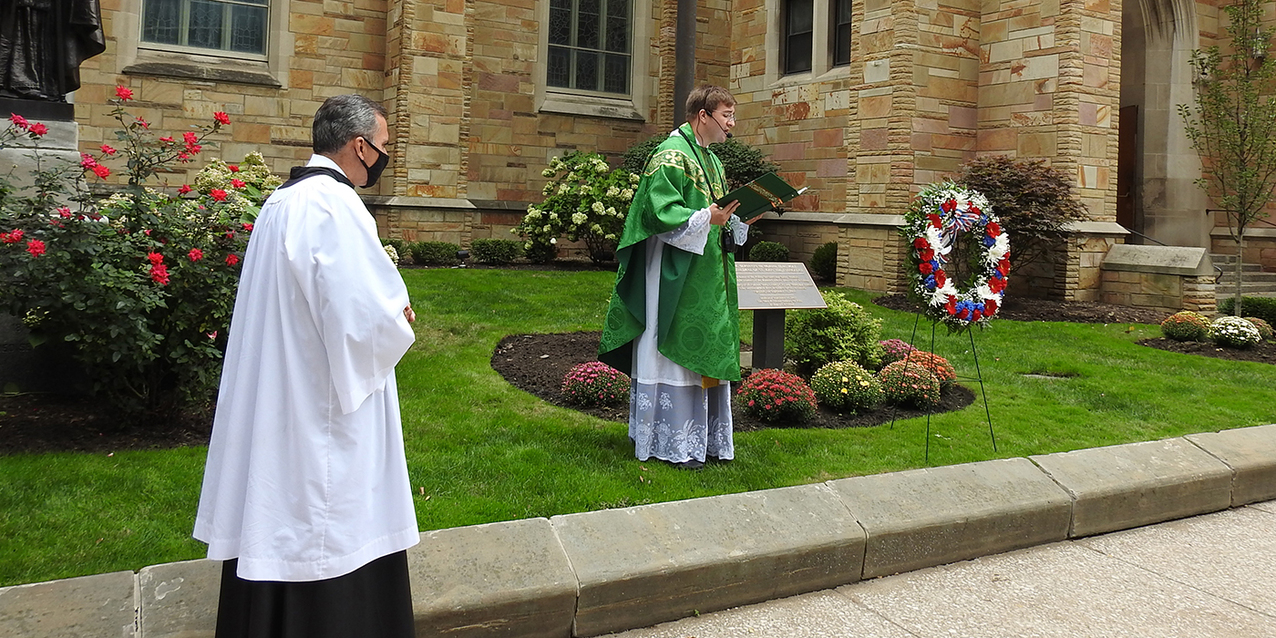 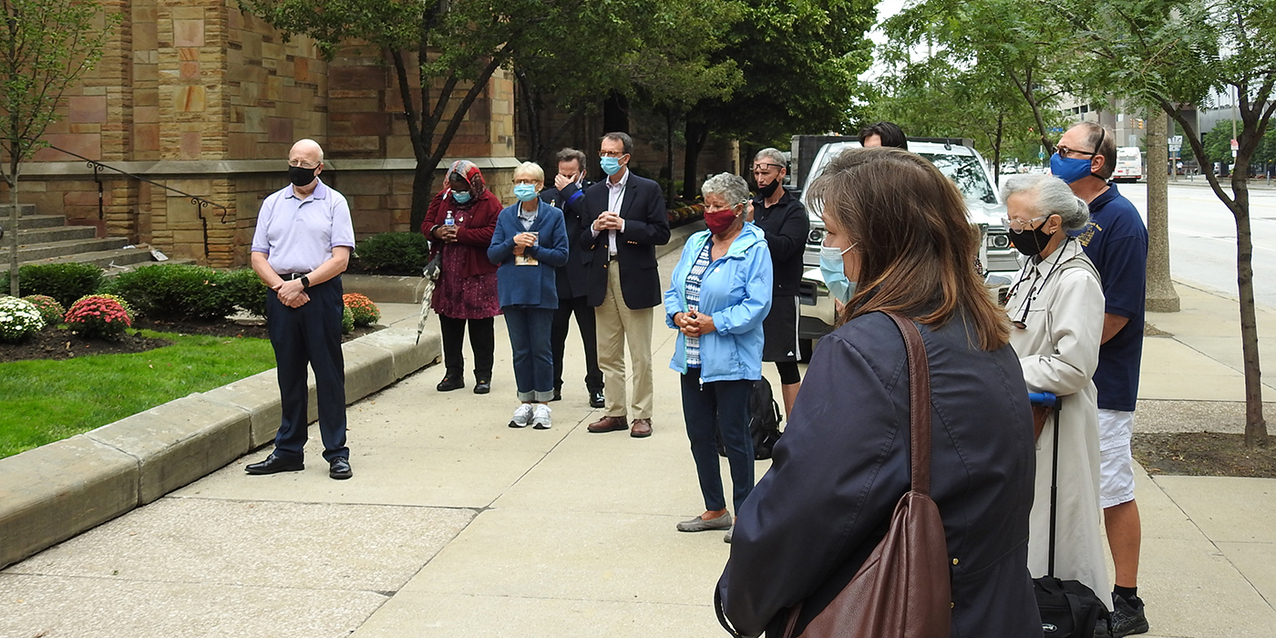 Father Sean Ralph, rector of the Cathedral of St. John the Evangelist, presided at a brief prayer service after the noon Mass on Sept. 11 at the Public Servants Memorial Flag Pole on the south side (Superior Avenue) of the cathedral. A group of people gathered on the sidewalk near the flag pole to pray with him.

Each Sept. 11, a prayer service is conducted and a wreath is placed next to the flag pole, which was dedicated by Bishop emeritus Anthony Pilla on Sept. 11, 2003. The prayer service remembers those who died in the Sept. 11, 2001 terrorist attacks on the twin towers of the World Trade Center in New York City, at the Pentagon in Washington, D.C. and on Flight 93, the plane that crashed into a field near Shanksville, Pennsylvania.

All told, nearly 3,000 people lost their lives that day, including hundreds of firefighters, paramedics, New York City police officers, Port Authority police, military personnel, passengers and crews on the four hijacked jets and others who were in the buildings that were struck.

The plaque on the flag pole reads: “Public Servants Memorial Flag Pole in honor of the public servants and safety workers of the eight counties of the Roman Catholic Diocese of Cleveland. In memory of all federal, state, county, city and municipal workers who sacrificed their lives in selfless service to others, especially on Sept. 11, 2001.”