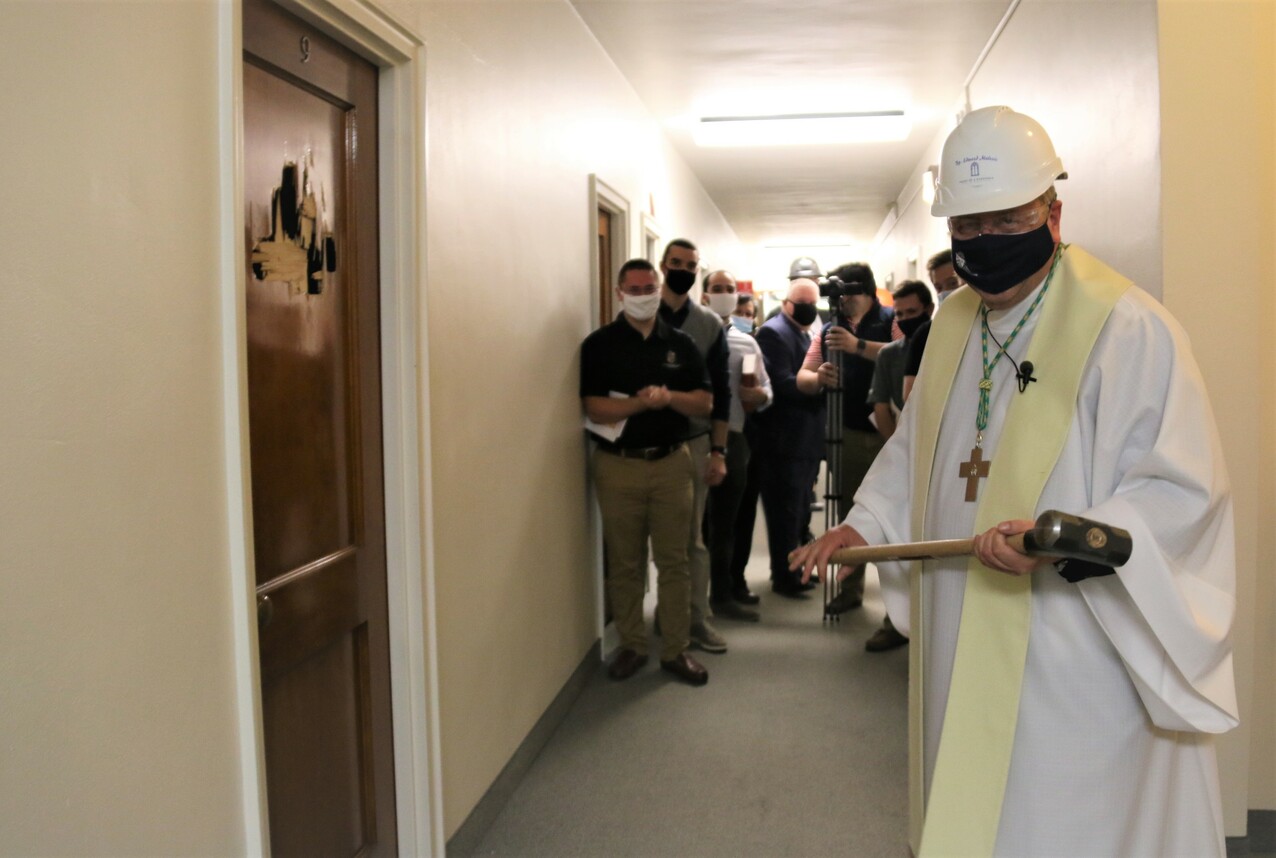 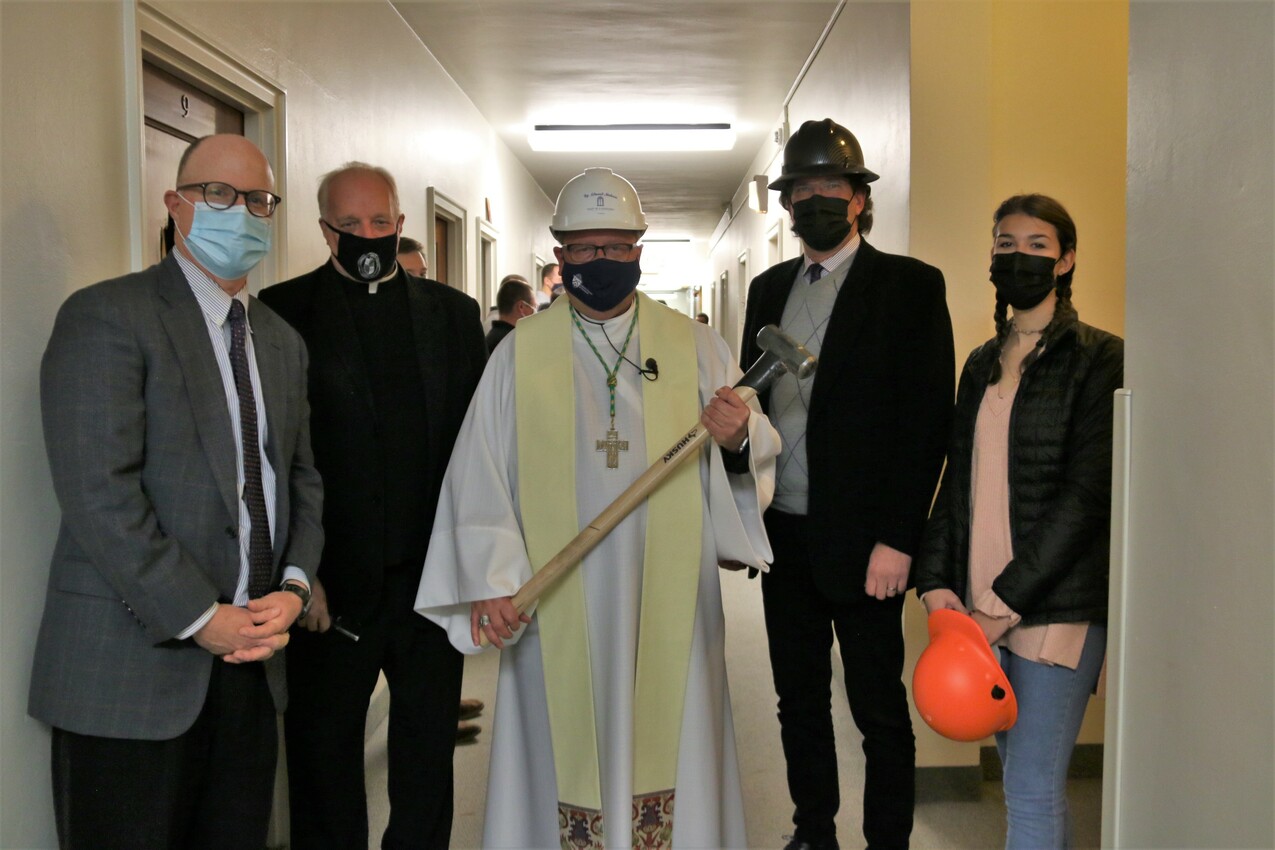 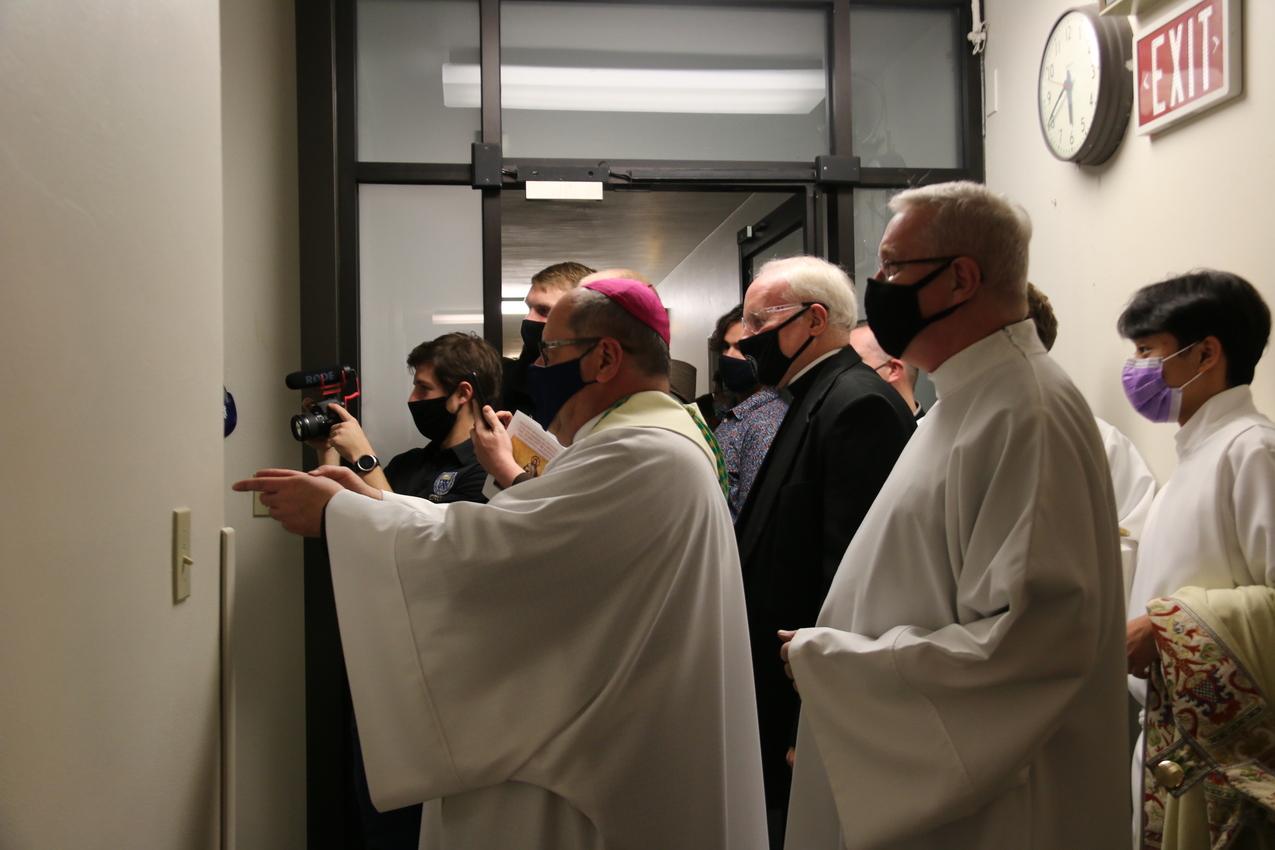 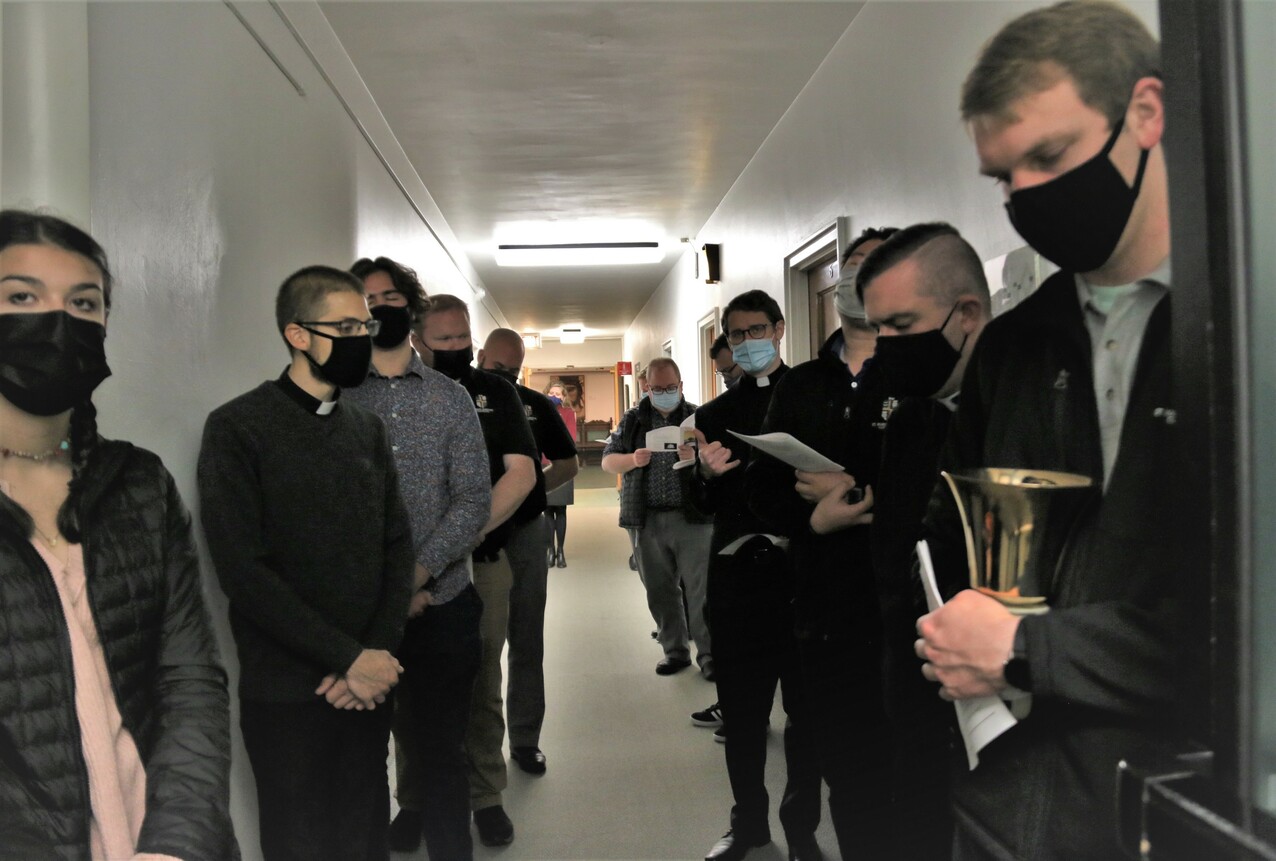 Bishop Edward Malesic took the first ceremonial swing with a sledgehammer to begin a major renovation project on the Saint Mary Seminary wing at the Center for Pastoral Leadership.

The bishop, seminary leaders, faculty, staff and students participated in “Raise the Hammer” on Nov. 24, as the seminarians prepared to leave the CPL and return home after concluding in-person classes for the fall semester. The event included evening prayer after which the group took turns swinging a sledgehammer to “demolish” some doors in the recently vacated area.

The $10 million project will include a major renovation of the Saint Mary residence wing, which houses seminarians in the graduate degree program who live and attend classes on the CPL campus. The project will include renovations to 56 student rooms with individual bathrooms and equipping five rooms with ADA accessibility. Seven faculty suites will be renovated and one will be equipped with ADA accessibility. Also, a guest suite will be added.

Each room will have a private bath with shower, a wardrobe closet and furniture, individually controlled heating and cooling and new windows with built-in shades.

In the shared spaces, there will be upgrades to the elevator, addition of a new ADA-compliant elevator connecting all four floors, renovations to the common lounge area and study space, reconciliation chapel and laundry rooms.

The project is estimated to take about two years to complete.

When the Saint Mary wing is finished, similar upgrades will begin on the Borromeo Seminary wing, which houses undergraduate seminarians who live at the seminary and commute to John Carroll University for most of their classes. That project is estimated at $9 million.

Also planned are $1 million of renovations to Resurrection Chapel, including a new, double-door entryway, installation of a baptismal font, refurbishing pews and kneelers, replacing the pipe organ and new sanctuary lighting.

Last summer, a major electrical upgrade costing $1.6 million was completed at the CPL. The building dates to the early 1950s, with additions built in 1957 and 1961.

Funding for the renovations will come from the Heart of a Shepherd campaign, which recently increased its $30 million-plus goal to provide much-needed financial support to parishes throughout the Diocese of Cleveland that are struggling because of the ongoing coronavirus pandemic.

“In response to the needs of parishes during the pandemic, the Church of Cleveland is doubling down on efforts to help provide support to the parishes for both short-term and long-term needs,” said Patrick Grace, executive director of the Catholic Community Foundation, which fosters faith-based stewardship in the community for the spiritual, educational and charitable needs of all.