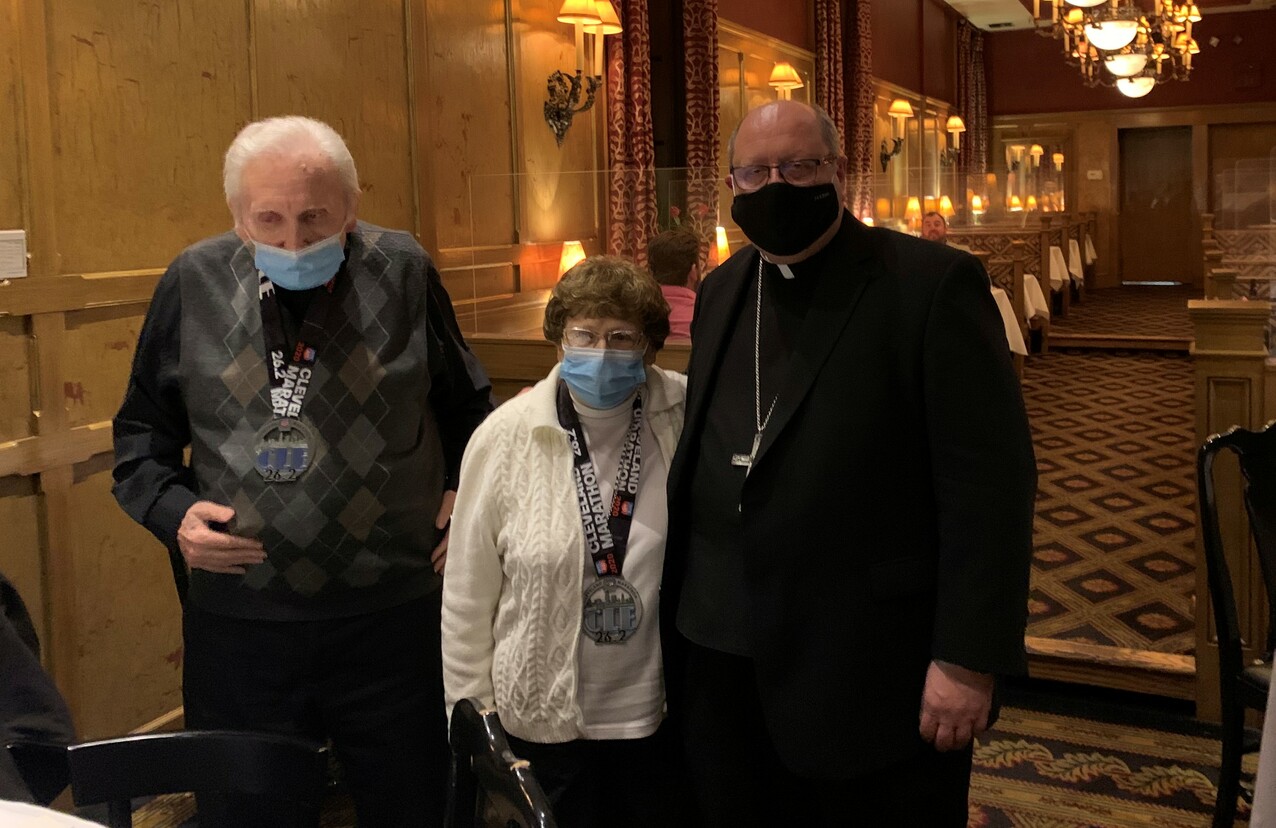 Together they worked with countless volunteers and staff members to ensure that the needs of parishioners and others in the neighborhood were met. In some instances, that meant providing meals and/or clothing; helping them to find employment and/or housing and working with those who had disabilities including the deaf and hearing impaired, sight impaired and those with developmental disabilities.

Over the years, the St. Augustine Hunger Center provided hundreds of thousands of meals to the needy, offered free Thanksgiving, Christmas and Easter meals at dozens of locations in Northeastern Ohio and operated a hunger center. They collaborated with Catholic Charities, Diocese of Cleveland and received assistance from parishes and others throughout the diocese.

Two years ago, Sister Corita retired, but continued to assist at the Hunger Center.

Father McNulty retired on Jan. 4, after serving 49 years at St. Augustine, including 43 years as pastor.

Although there could not be an official large-scale celebration of their service because of the pandemic, Father O’Donnell arranged for a small appreciation dinner on Feb. 28 at a local restaurant. Guests included Father McNulty; his brother, Father John McNulty, pastor of Communion of Saints Parish in Cleveland Heights; Sister Corita and two of her friends who are religious sisters; Bob Duda, program administrator, Catholic Charities Disability Ministries; Father Ben Jimenez, S.J., longtime St. Augustine parochial administrator; and Bishop Edward Malesic.

Father O’Donnell wanted to find an appropriate way to recognize their years of ministry, so he reached out to organizers of the Cleveland Marathon to see if he could obtain medals for Father McNulty and Sister Corita.

“It was a nice symbol to thank them and to say goodbye,” Father O’Donnell added.