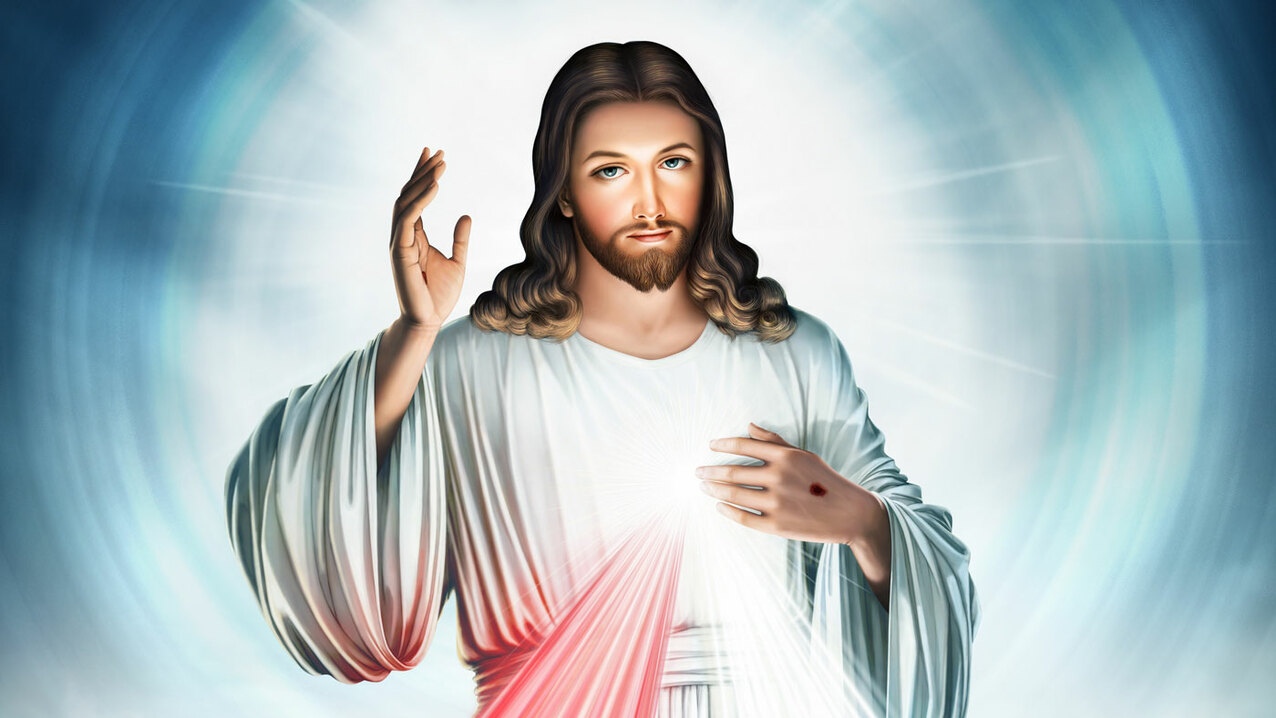 Today we celebrate Divine Mercy Sunday, first announced by Saint John Paul II during the canonization Mass of Saint Faustina in the year 2000.

Jesus came to conquer sin and death. Last week he destroyed death by his resurrection. This week we focus on how he conquered sin. He showed us mercy and forgave us.

In fact, the forgiveness sins was central to the mission of Jesus. He came to show us God’s compassion. We see this in almost every aspect of the life of Jesus. He ate with sinners and routinely forgave their trespasses. From the cross he said, “Father, forgive them, for they know not what they do.”

In the Gospel today, Jesus makes a first appearance to his disciples following his resurrection from the dead. They were in hiding for fear that the Jewish authorities would accuse them of being his followers. But, when Jesus showed up, despite the fact that the doors were locked, they were most likely even more afraid of something else. Him!

After all, they had abandoned him, betrayed him, and, for the most part, left him to die on the cross alone. Would he curse them like he had done to the fig tree that would not bear fruit?

No. His first words to them were, “Peace be with you.” Then he followed up with the gift of the Holy Spirit which empowered them to go into the world to do the same. “Whose sins you forgive are forgiven them.” This was the power that they received to forgive those who repented of their sins. For those who don’t repent, he said, “And whose sins you retain are retained.” Contrition is still essential for the forgiveness of sins, after all.

If we have sinned, admitted our guilt, shown sorrow, and been reconciled to God, then we should be ambassadors of the Divine Mercy. We should give what we have received: forgiveness.

For more information on Divine Mercy Sunday and a link to the Chaplet of Divine Mercy, please visit our diocesan website (here).

Happy Easter and Have a blessed week everyone.