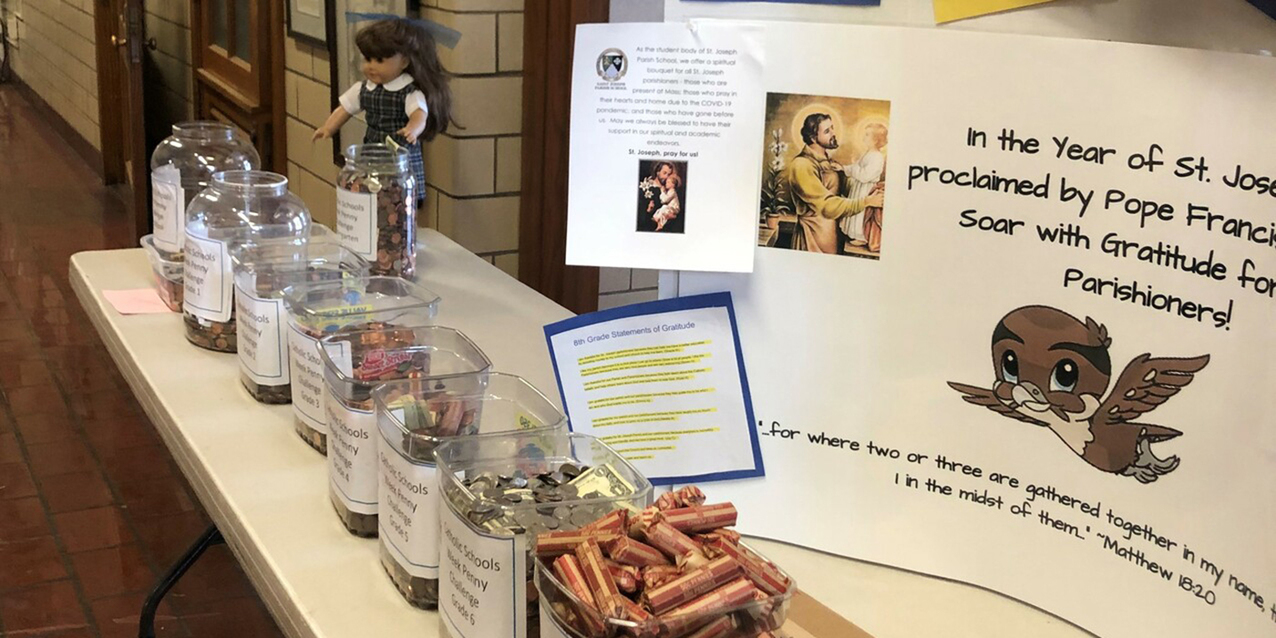 Each year, a friendly competition takes place among the grades to raise money for a local nonprofit organization. During the first week of the Penny War, students add pennies to their grade’s plastic bank. The goal is to collect the most pennies. However, during the second week, students from opposing grades can add silver coins and bills to any of the banks, which are then deducted from their penny count. The grade with the most pennies after the silver and bills are deducted is the winner.

This year’s $1,300 tally made it the school’s largest Penny War. For the second consecutive year, the seventh grade had the most pennies, but the third grade bank collected the most money.

It has been named both a National Blue Ribbon School of Excellence for its academics and a Purple Star School for its dedication to families in the military. In addition to traditional subjects, the school offers art, music, band, physical education, Spanish and technology. The curriculum includes X-STREAM learning which like STEM, integrates content subject areas into cohesive learning projects based on real-world applications.

Father Jared Orndorff is pastor and Carrie DePasquale is the school principal.