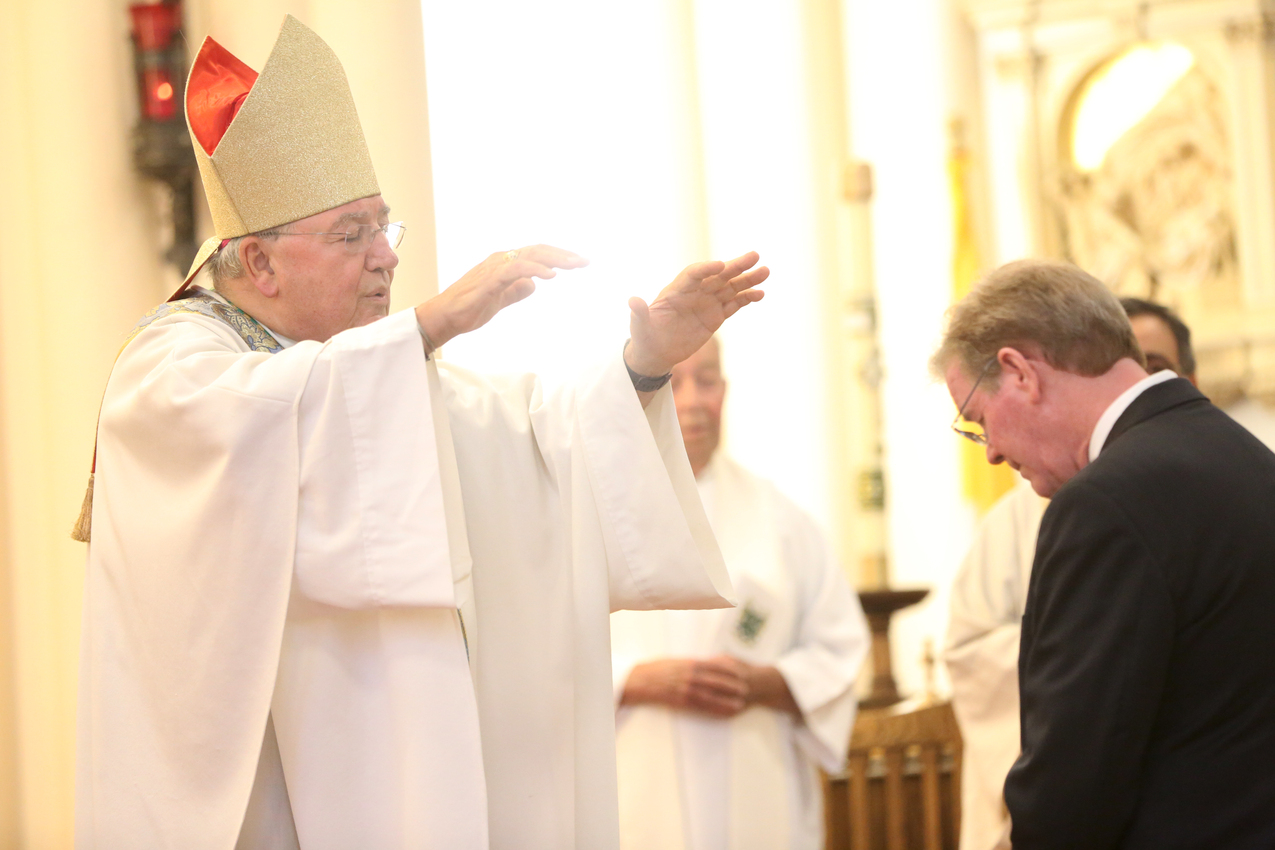 Hyland was welcomed to the school and his new position by the STVM and greater Akron communities at the Mass and reception that followed in the newly renovated St. Vincent-St. Mary Jack and Ann Haag Student Center. Speakers at the reception include Jack Weisensell, chairman of the STVM executive board; senior Annabelle Englehart; Akron Mayor Dan Horrigan, a 1981 alumnus of the school; Bishop Gries; Brother Jesse O’Neill from the Marianist Order; Father Douglas; and Christine Spinner, director of campus ministry and mission integration at the school.

The evening also included formal welcomes from Horrigan and members of the school’s executive board and special blessings from Bishop Gries, several Marianists and several STVM students and staff.

“Six weeks into this new role and I have already met with our Marianist formation team, the administrative team, various faculty, staff, coaches, donors, volunteers and seeing students each day. This is an impressively active school, and with an abundance of school spirit and many caring supporters,” Hyland said. He also spoke with excitement about working to further the mission of STVM as the new school year begins.

“This vital ministry (of Catholic education) will continue to grow and thrive as we work together to serve the Lord,” he said. 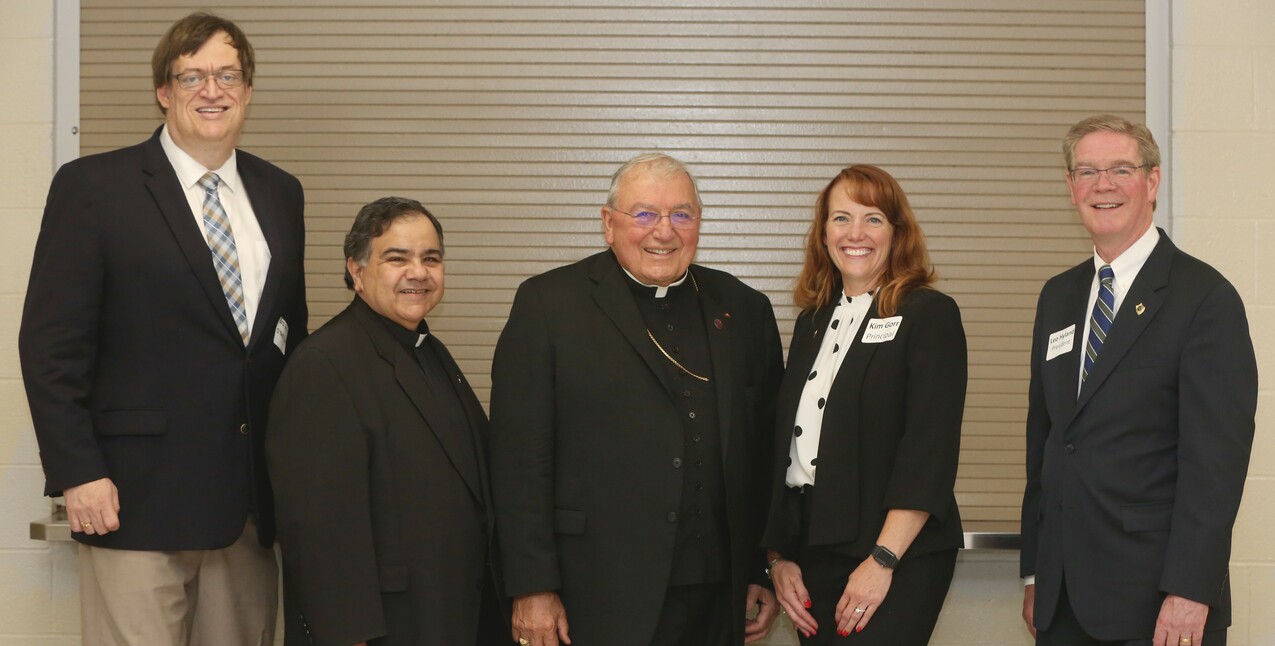 A Cleveland native, Hyland is a graduate of Cathedral Latin School. He earned a bachelor’s degree in organizational communication from Ohio University and a master’s degree in nonprofit leadership and management from Case Western Reserve University. He has more than 25 years’ experience in fundraising and spent the last 18 years in Catholic high school education, most recently as president of Cleveland Central Catholic High School. He replaced Thomas Carone as STVM president after Carone was named president of Villa Angela-St. Joseph High School in Cleveland earlier this year.

St. Vincent-St. Mary is a four-year, coeducational, college preparatory, Marianist-sponsored and STEM-designated Catholic high school. It has been an important part of the Akron community for more than a century. The school has more than 17,000 alumni.