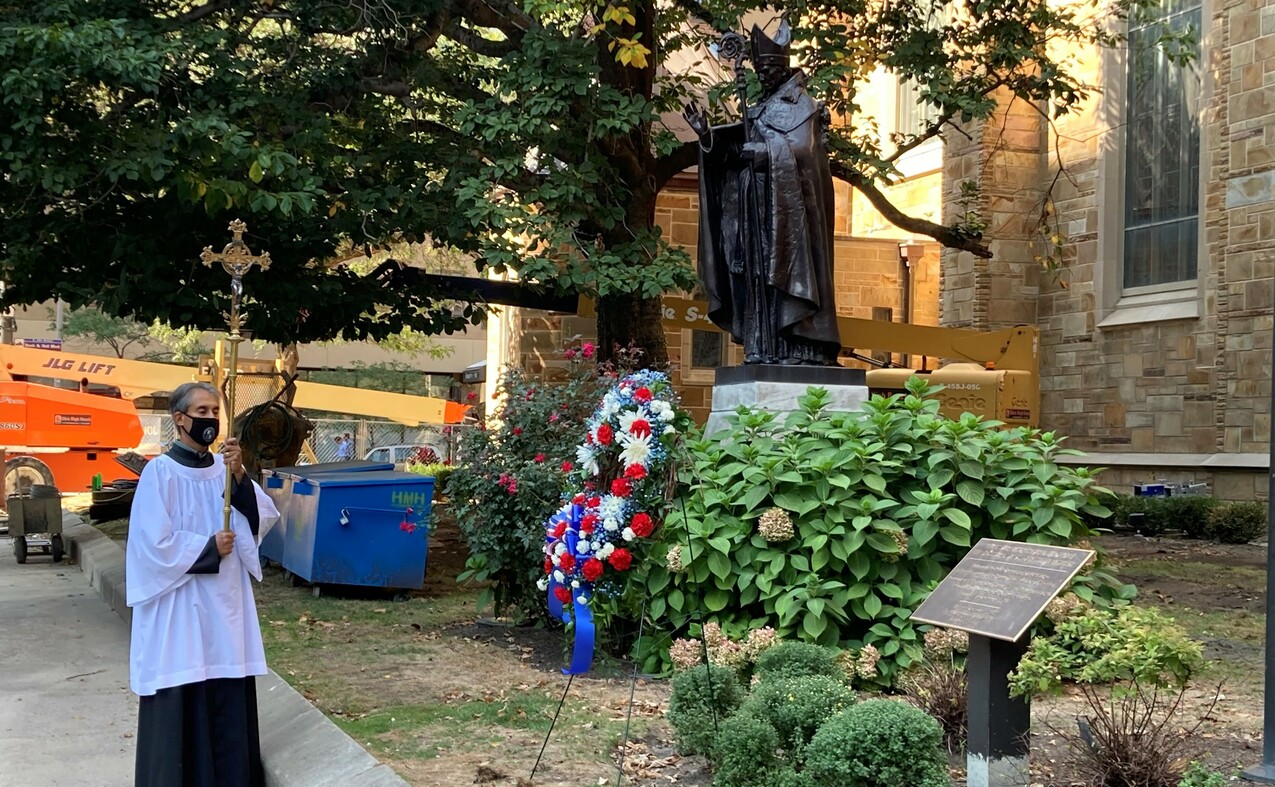 As the 20th anniversary of the terrorist attacks of Sept. 11, 2001 approaches, a wreath was laid after the noon Mass on Sept. 10 at the Public Servants Memorial Flag Pole outside the Cathedral of St. John the Evangelist at East Ninth Street and Superior Avenue in downtown Cleveland.

Even a major construction project at the cathedral didn’t interfere with the ceremony, which has been a tradition since Sept. 11, 2003, when the flag pole was dedicated by Bishop emeritus Anthony Pilla. A brief prayer service remembered those who died in the terrorist attacks on the twin towers of the World Trade Center in New York City, the Pentagon in Washington D.C. and on Flight 93, the hijacked plane that crashed into a field near Shanksville, Pennsylvania.

All told, nearly 3,000 people lost their lives that day, including hundreds of firefighters, paramedics, New York City police officers, Port Authority police, military personnel, passengers and crews on the four hijacked jets and others who were in the buildings that were struck. 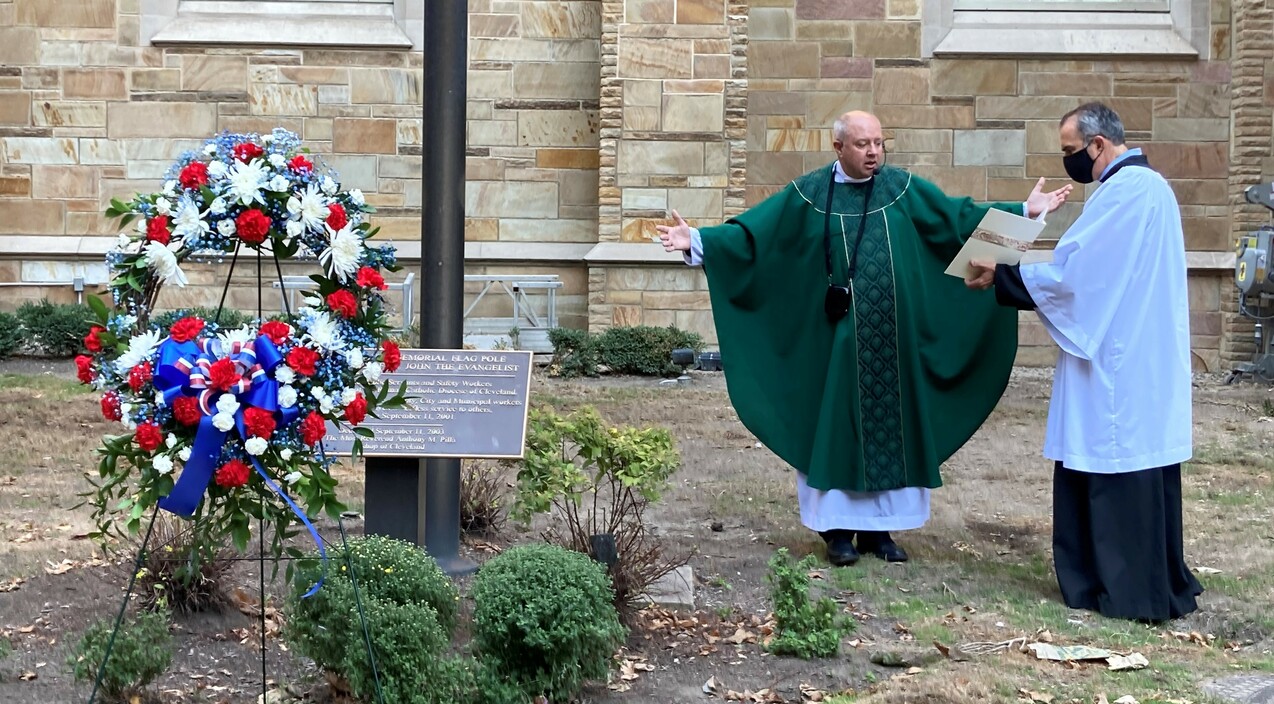 Father Dan Schlegel, vicar for clergy and religious for the Catholic Diocese of Cleveland, was the Mass celebrant and presider at the wreath ceremony.

“We come this day to remember the victims of 9/11 in a special way as tomorrow we come up to the 20th anniversary of a day that not only changed our country, but the world,” he said.

In his homily, Father Schlegel said it is important to recognize our own sinfulness before pointing a finger at others. We should remember the courage of those who entered into the twin towers and the Pentagon to rescue others, he said, pointing out that “They put their lives in peril. We should give thanks to God for their humility and for their service. On this day, may we remember not so much to point out the speck in someone else’s eye but to remember the plank in our own; to remember the lowliness of we, God’s servants.”

The dedication plaque on the flag pole reads: “Public Servants Memorial Flag Pole in honor of the public servants and safety workers of the eight counties of the Roman Catholic Diocese of Cleveland. In memory of all federal, state, county, city and municipal workers who sacrificed their lives in selfless service to others, especially on Sept. 11, 2001.”

Click here to read a message and a prayer from Bishop Edward Malesic on the 20th anniversary of the 9/11 terrorist attacks.