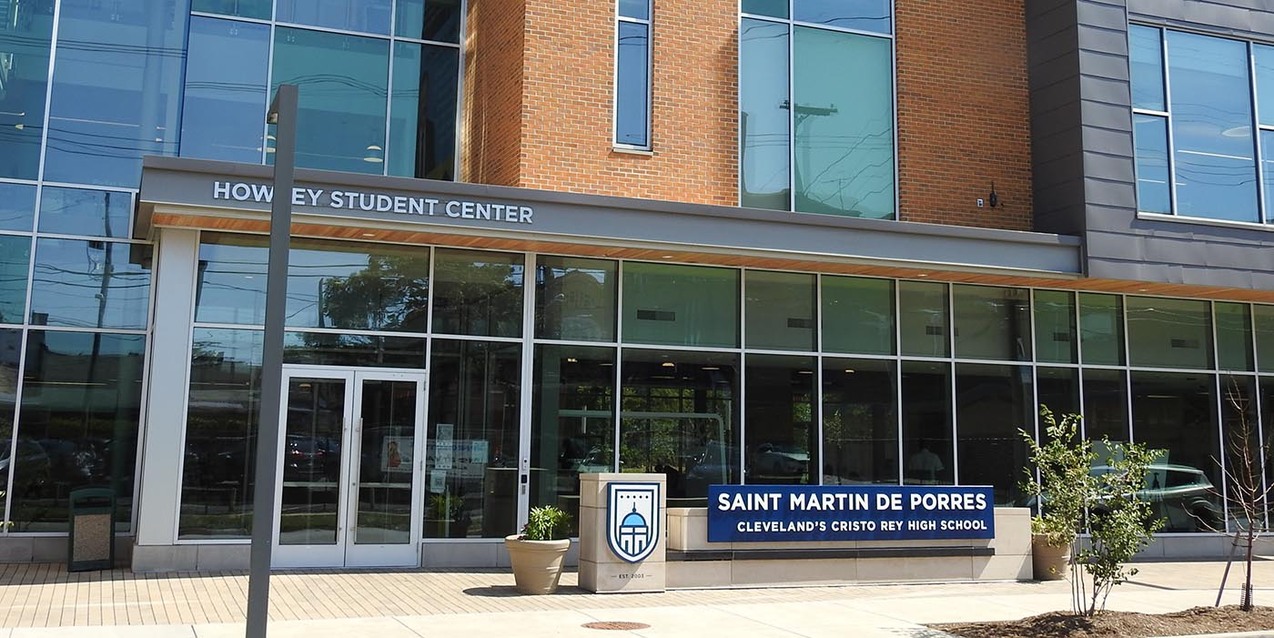 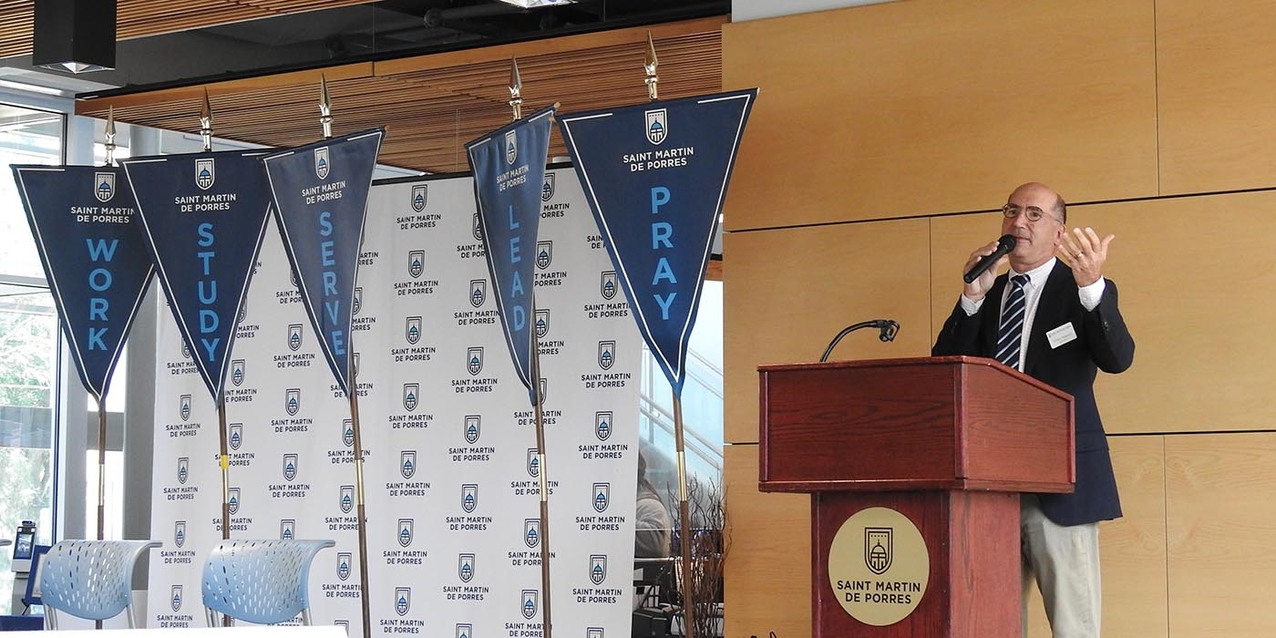 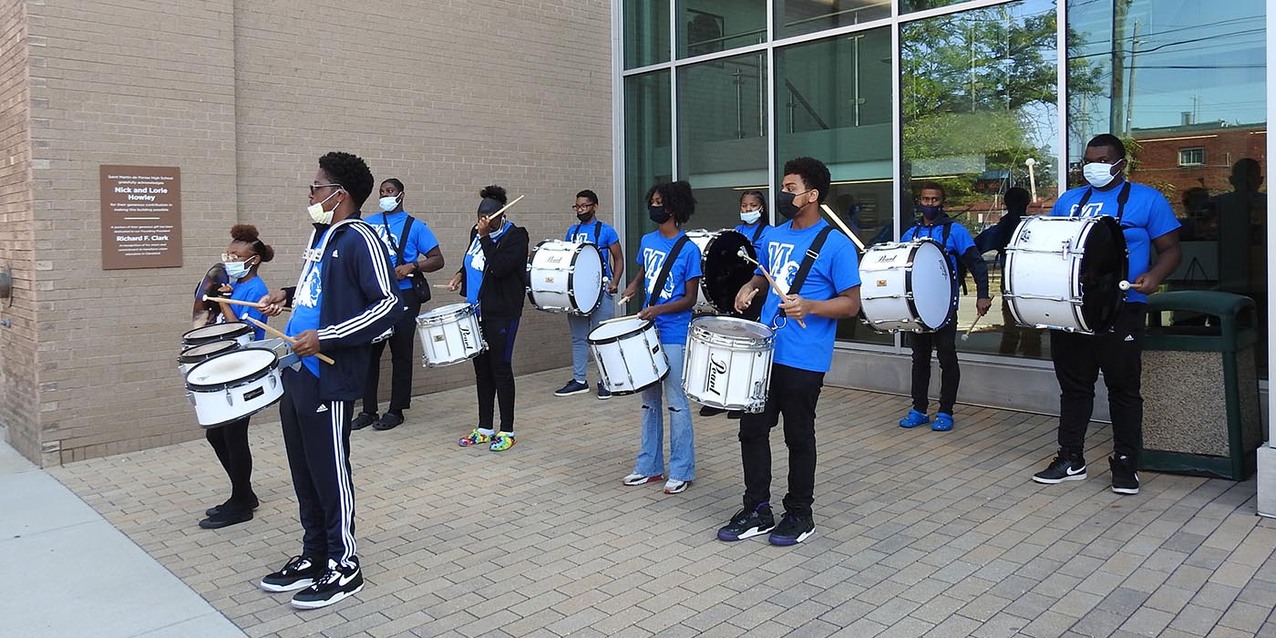 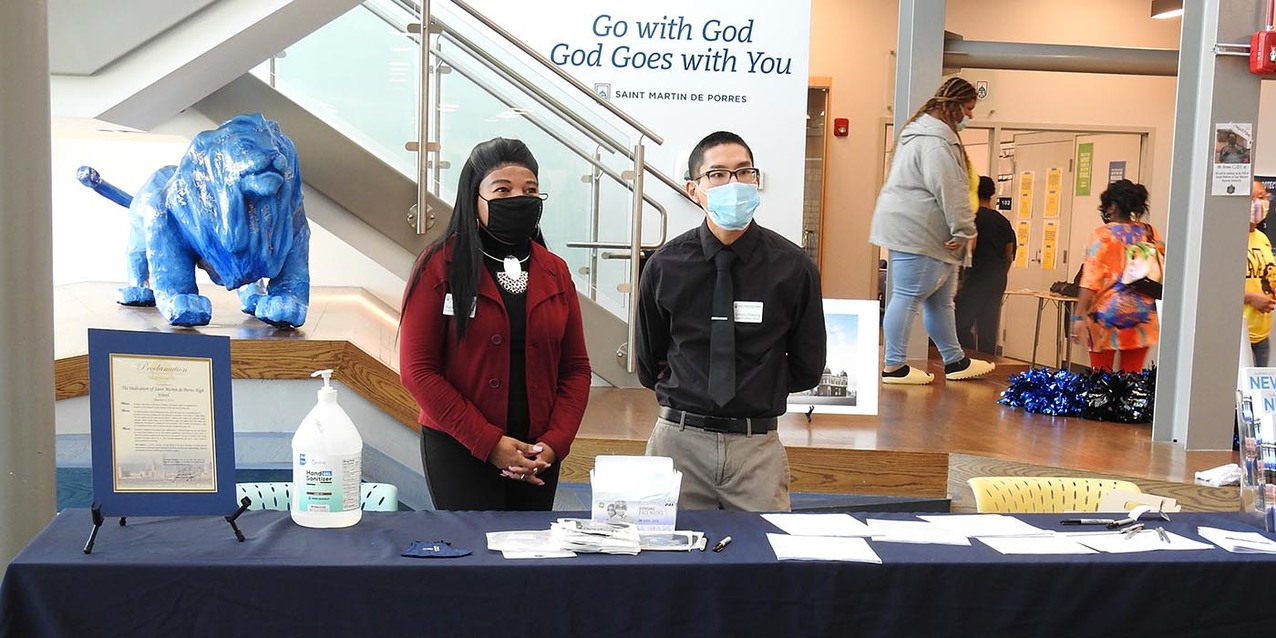 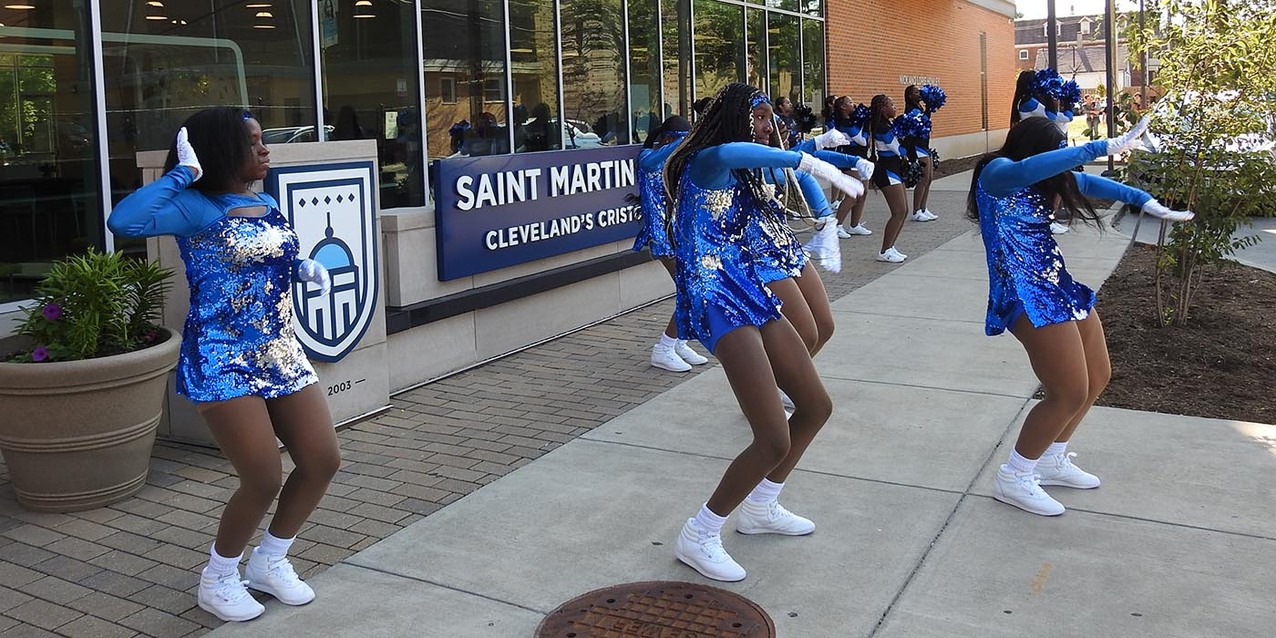 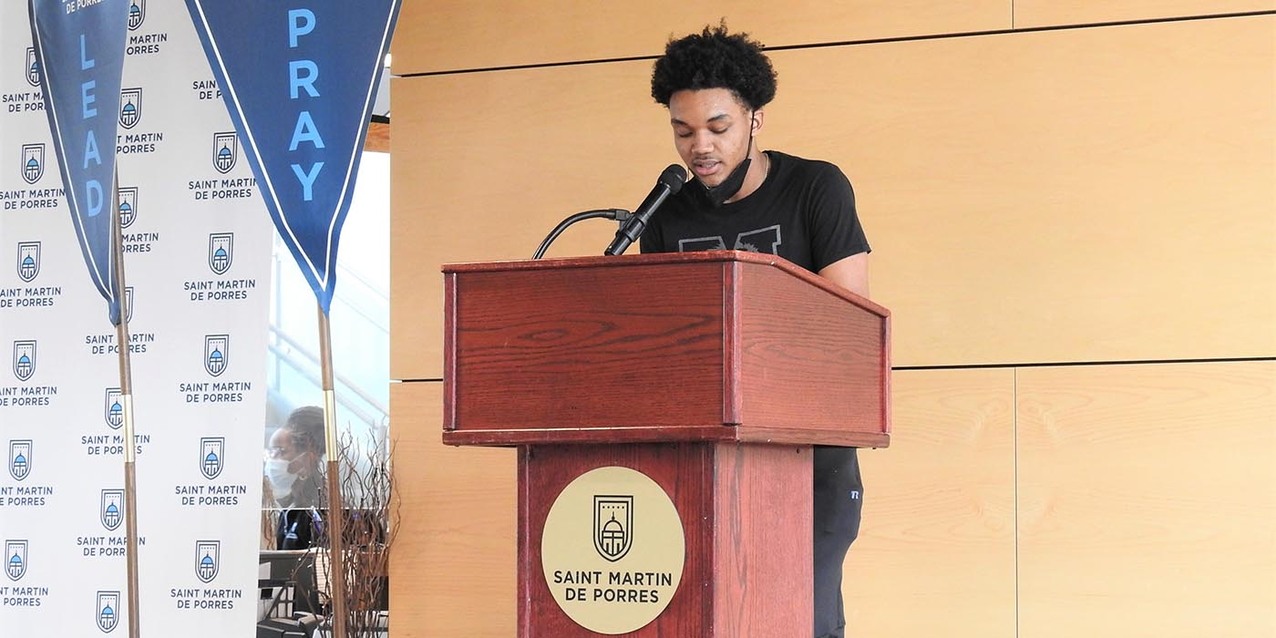 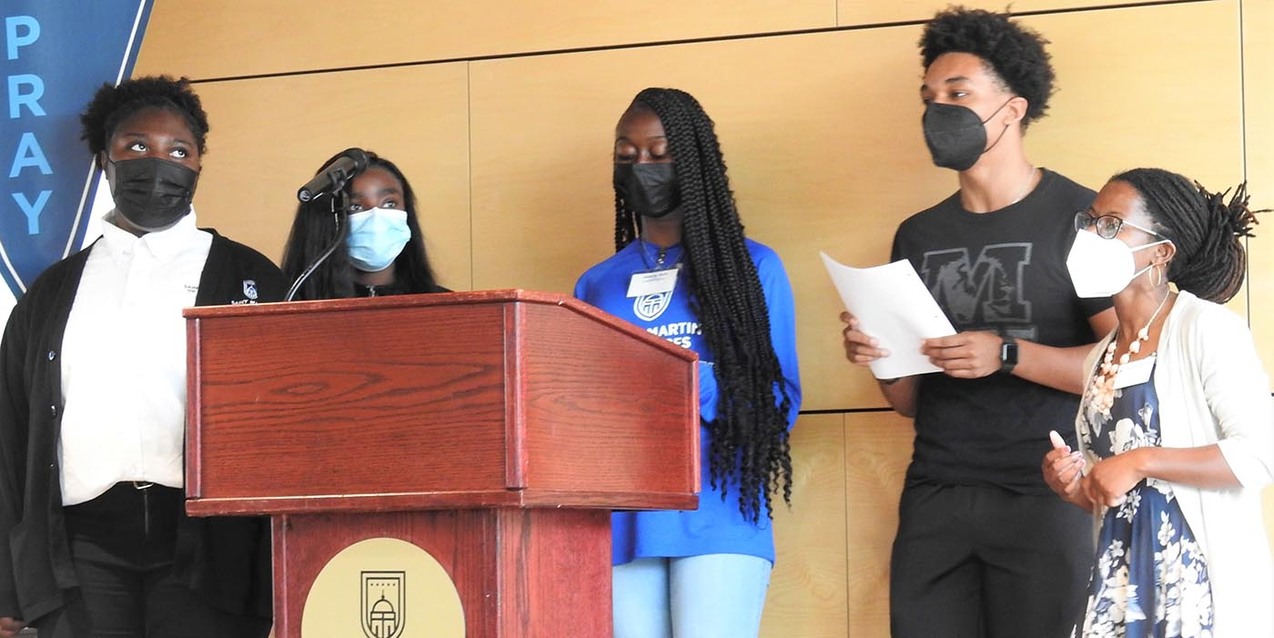 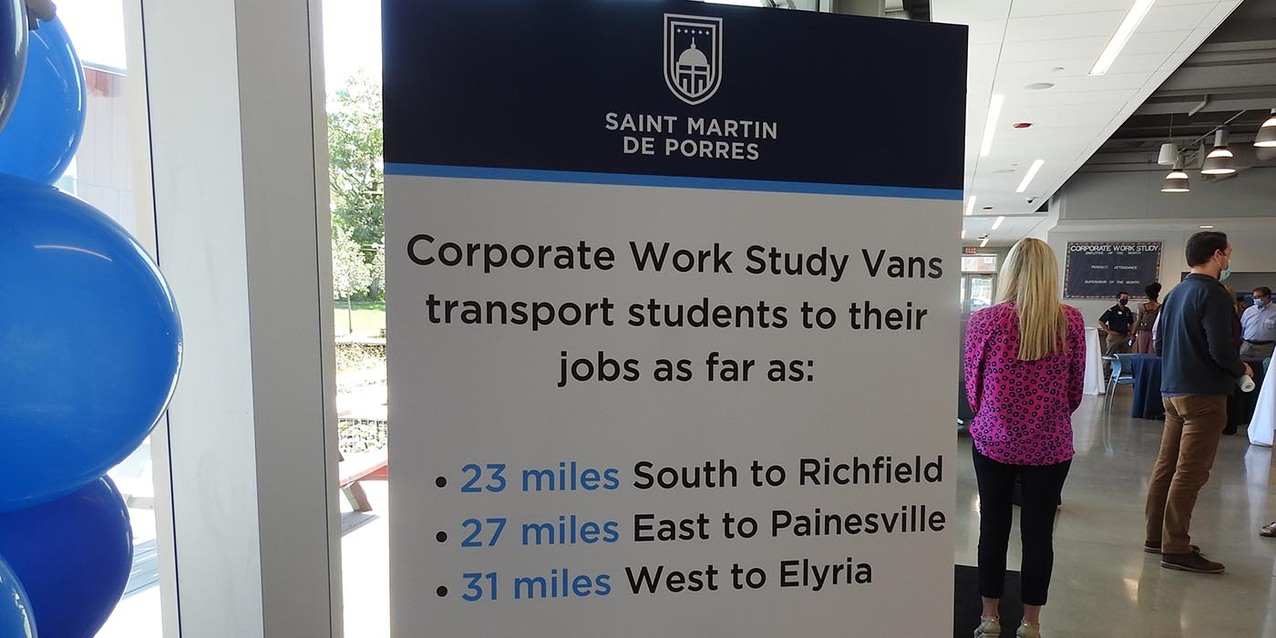 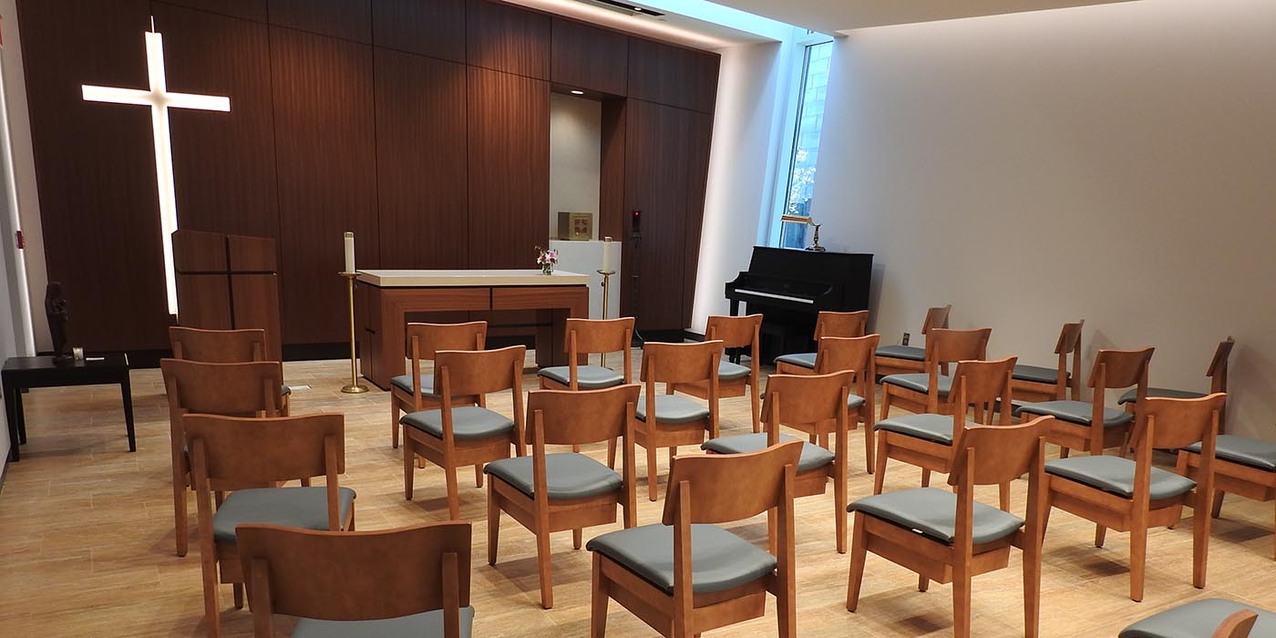 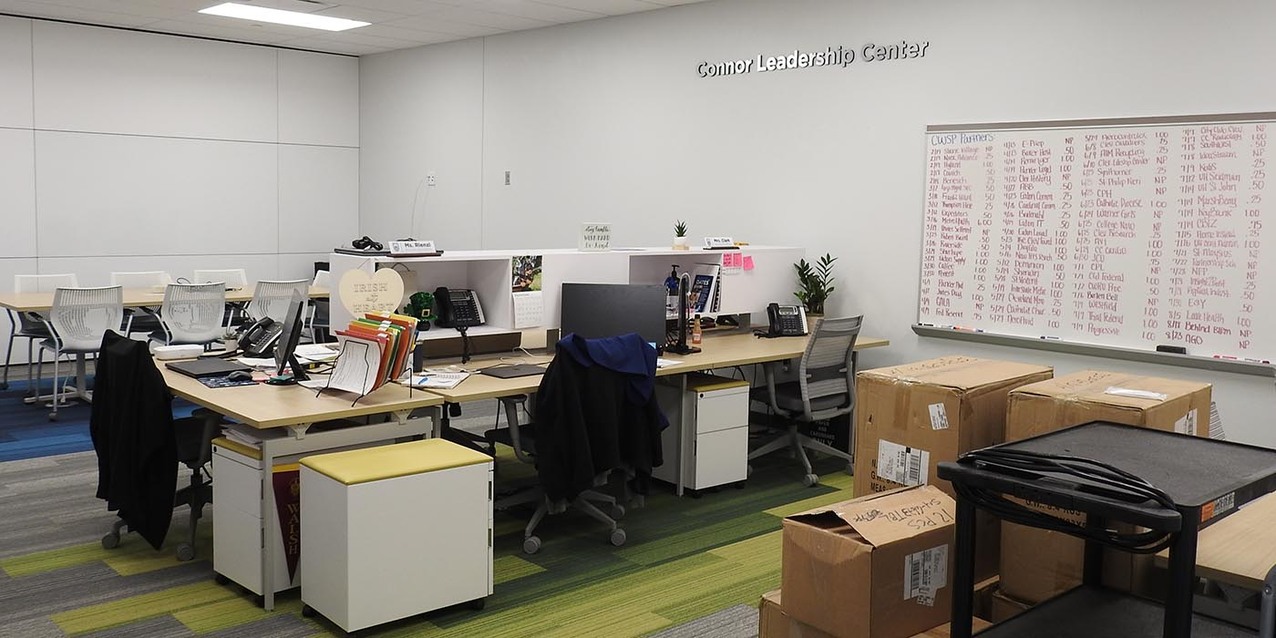 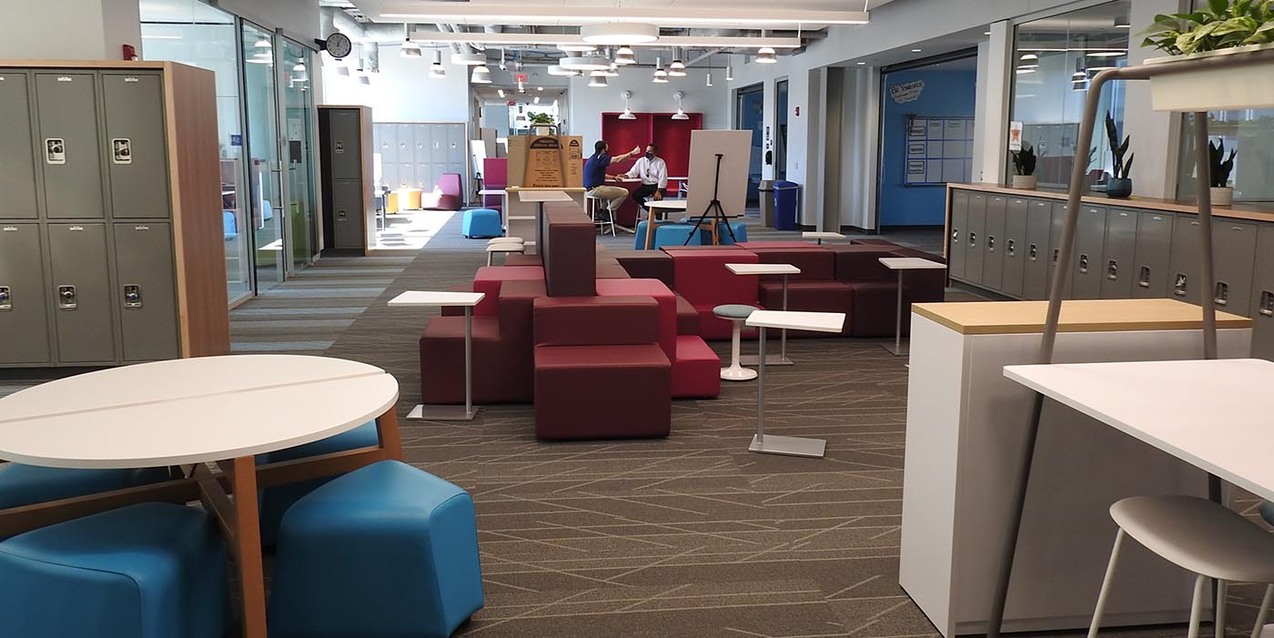 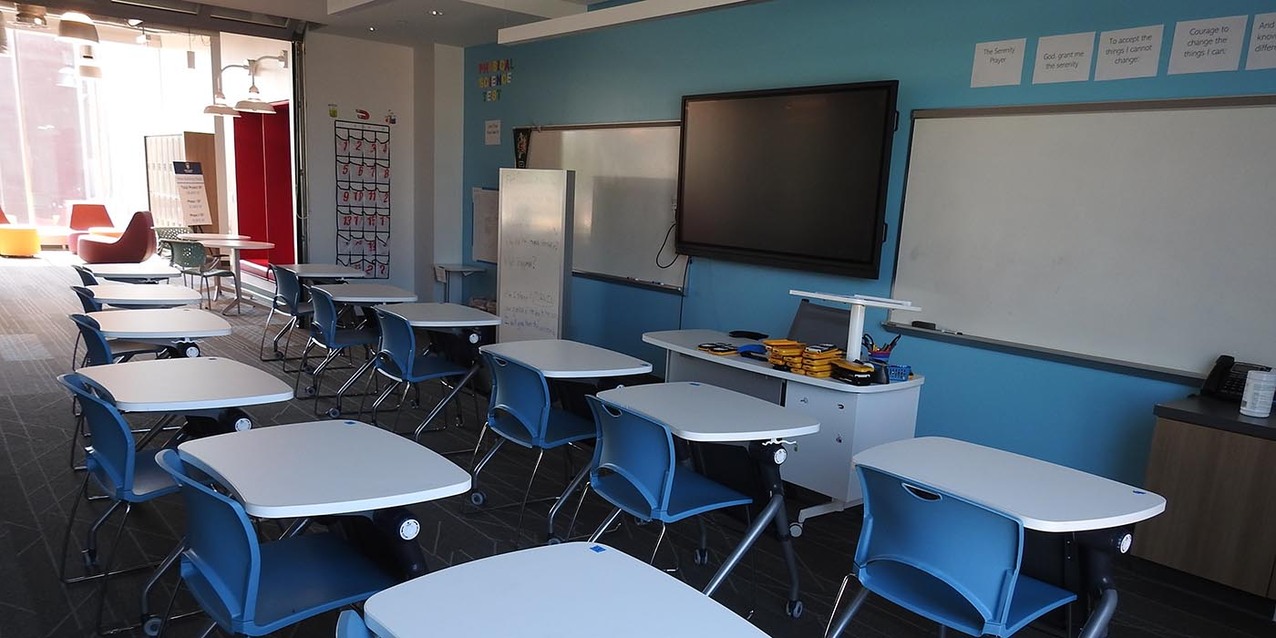 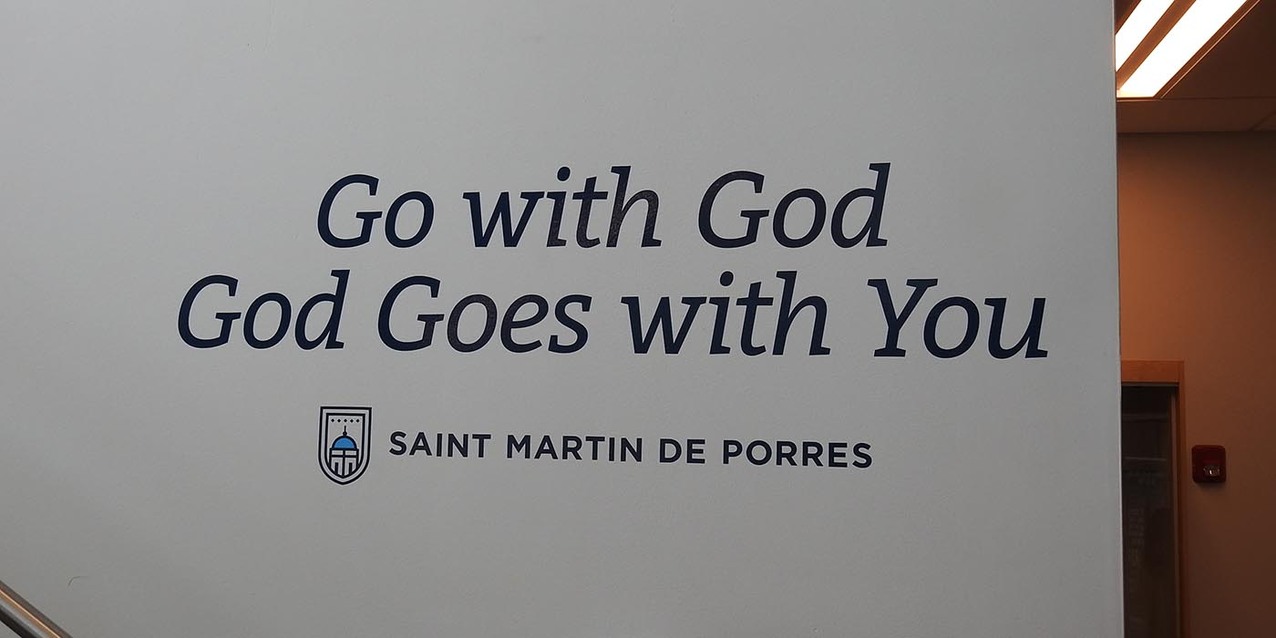 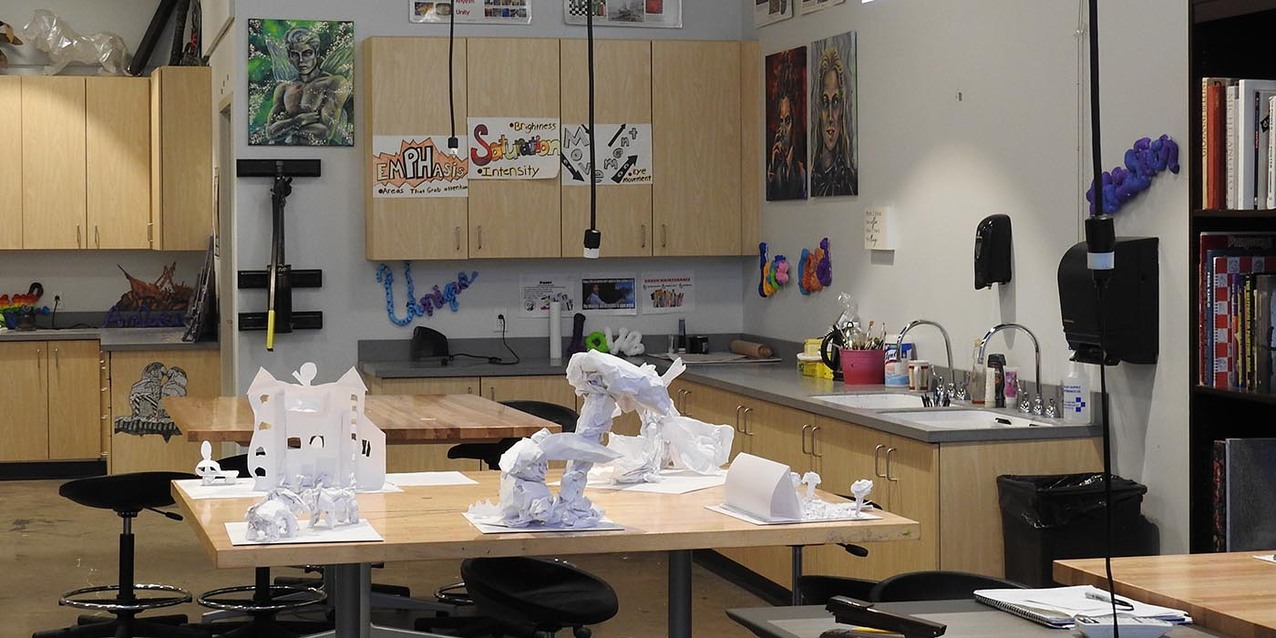 For the first time since 2018, the entire Saint Martin de Porres High School community is under one roof.

When the 400-plus students returned last month, they all headed to classes in the new, $27 million state-of-the-art school. Previously, students attended classes in the nearby former St. Vitus School. When the first phase of the new school opened in 2018, some classes were conducted there.

Saint Martin de Porres, founded in 2003, is Cleveland’s Cristo Rey high school. It is part of a network of more than three dozen high schools nationwide that integrate four years of academic curricula, four years of professional work experience and robust support to and through college for its students.

“Our completed building is designed to replicate the experience of professional and undergraduate life,” Napoli said. “Our students do not have to wait until they get to college and the professional world to experience what an open, inclusive, team-based environment is like and we believe that puts our students way ahead of their peers. This physical space is more than bricks and mortar, but an attitude and belief that together with our students, we can make a lasting impact in Cleveland.”

Students attired in the school’s signature blue greeted visitors and welcomed them to the commons area for a short dedication ceremony on Sept. 11. Members of the drumline, cheerleaders and drill team flanked the school sign and performed for visitors.

Napoli admitted that there was some discussion about whether Sept. 11 was an appropriate day for the dedication, since it marked the 20th anniversary of the terrorist attacks on New York City, Washington, D.C. and Shanksville, Pennsylvania. “But we decided to go ahead and celebrate the construction and rebirth of the St. Clair-Superior neighborhood,” he said.

Senior Trevon Henderson offered a prayer and the school’s gospel choir, directed by Vickey McBride, performed. Tiana Ellington, a 2011 graduate and coordinator of advancement and marketing, also offered remarks. Cleveland Ward 7 Councilman Basheer Jones, who Napoli said has been supportive of the school, also spoke briefly and State Rep. Stephanie Howse (D-11), presented a proclamation from her peers in the Ohio House of Representatives congratulating the school.

Napoli acknowledged those who supported the school since its inception in 2003, including Richard Clark – the founding president, who retired in 2018 – and corporate work study partners, the faculty, staff, students and benefactors.

“We feel it’s a privilege for the students to spend time with us. We try to make the school a better place so they can make the world a better place.

In addition, he mentioned his personal connection to the neighborhood, noting his mother attended St. Vitus School and he can view his grandmother’s house a few doors away on Norwood Avenue.

The school’s investment in the neighborhood is spurring additional development, he said pointing out the new, recently opened St. Vitus parish center just around the corner on Lausche Avenue. Napoli called the school “a collaborative, open, teamwork-driven space, a place we can laugh and sometimes cry together.”

About 10% of the faculty and staff are SMDP alumni, including Ellington, who talked about her positive experience and how she fostered lasting friendships and professional connections.

“I was in the fourth class to graduate from the old St. Vitus building,” she said, adding that at first, her mom wasn’t sold on a Catholic high school. Ellington said her work study mentor at the Hahn Loeser law firm was a key person in her development, teaching her many things. They remain friends, she said, adding her former mentor attended her wedding and she, her husband, her mentor and her husband see each other socially and have traveled together.

“The connections you make at Saint Martin are lifelong and they are people who make an impact on your life,” she said. After earning her master’s degree, she learned of the opening in the SMDP advancement office. “I just had to come back. This is a place that meant so much to me and my family. Thank you for ushering in a new class of Lions,” she added.

Visitors were invited to tour the entire school with students ready to assist as guides. Refreshments were served in the commons.

The new, three-story addition consists of more than 31,000 square feet and includes a chapel, outdoor learning classrooms and a wellness center that allows health care and behavioral health partners an opportunity to provide services in the facility after school and on weekends.