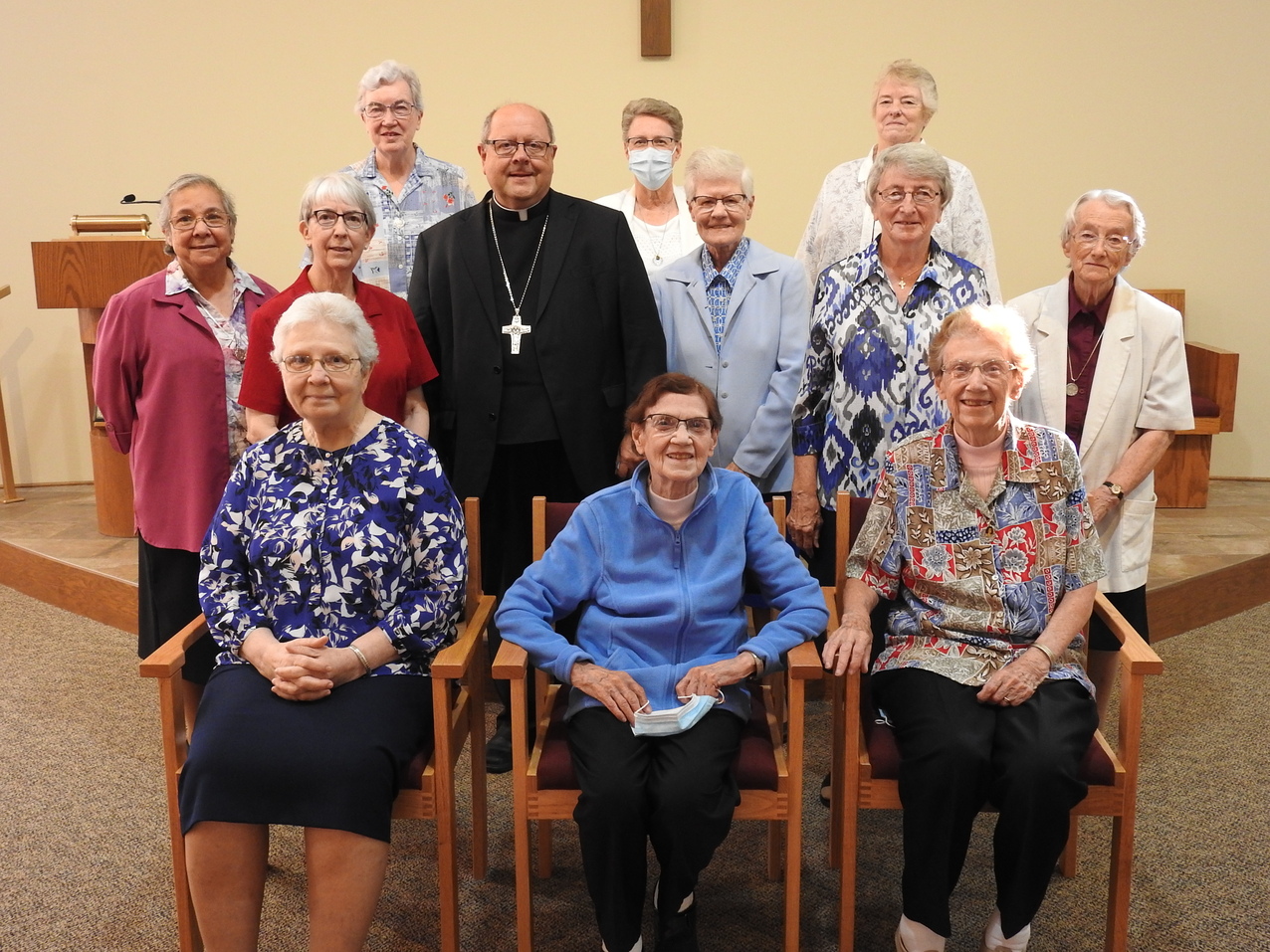 Members of the Sisters of the Incarnate Word and Blessed Sacrament welcomed Bishop Edward Malesic to their Parma Heights motherhouse on Sept. 20 for morning prayer, breakfast and conversation.

The sisters have ministered in the diocese since 1927, when Bishop Joseph Schrembs welcomed seven Irish sisters. They have ministered primarily in schools and parishes on the west side. Among the places they served were St. Patrick School in Cleveland’s West Park neighborhood, St. Thomas More School in Brooklyn, St. Richard School in North Olmsted, St. Bartholomew School in Middleburg Heights and Assumption Academy in Broadview Heights.

Since 1935, the sisters have operated Incarnate Word Academy, which shares their spacious Parma Heights campus with the motherhouse and the Queen of the Holy Rosary Shrine. Sister Margaret Taylor, congregational leader, told the bishop that Father Damian Ference, whom he recently appointed to the new position of vicar for evangelization, is an IWA alumnus.

Bishop Malesic joined the 12 sisters who live at the motherhouse for morning prayer in their chapel, which was renovated in 2017 in honor of the community’s 90th anniversary in the diocese.

“We are so grateful that you could join us today,” Sister Taylor told the bishop. She briefly outlined the community’s origins, noting that the sisters were ministering in Mexico and were forced out during the revolution. “They were seeking a place to go and wrote letters to several bishops in the United States,” she said. “Bishop Schrembs was the first to answer, and here we are.”

“I thank you for your many years of service to the diocese,” the bishop said, adding he was grateful for the invitation to join them for prayer and the opportunity to get acquainted. 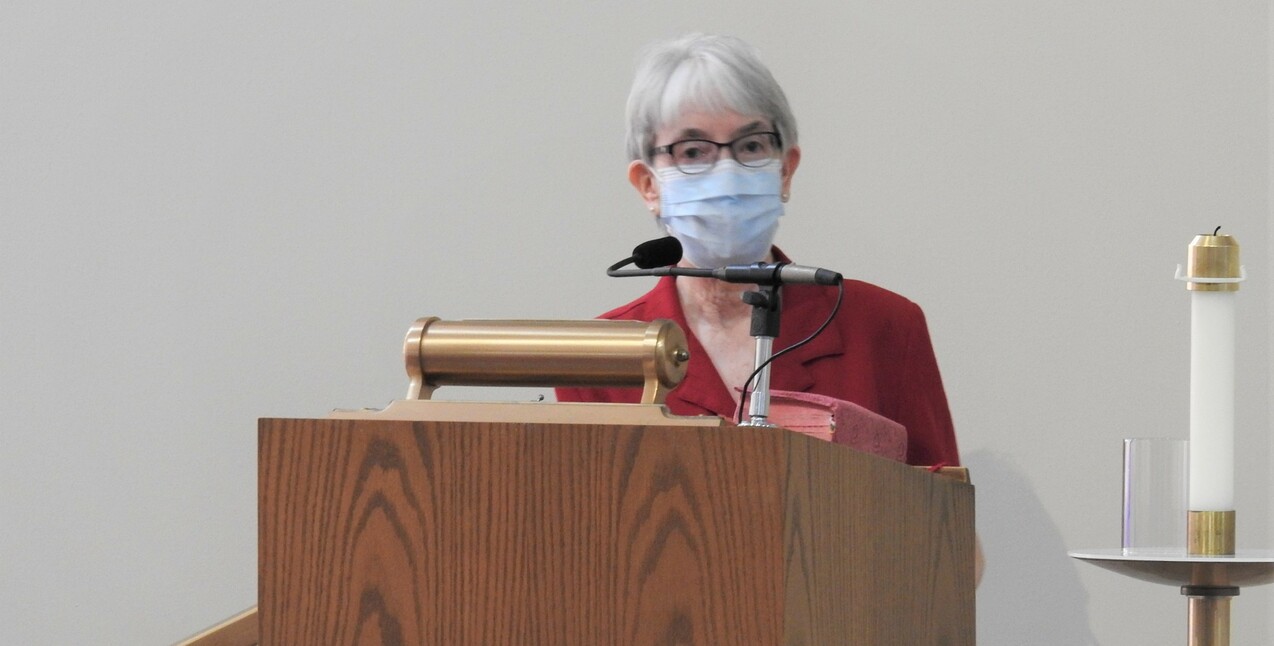 Sister Taylor told Bishop Malesic the community in the Cleveland Diocese has always been small, usually fewer than 100 sisters. IWA, their sponsored ministry, opened Sept. 11, 1935 and is thriving. She said they are engaged in a joint capital campaign to renovate St. Joseph Hall, which sits near the front of the property.

“Phase I included the roof and new gym. Phase II will include updating the lobby and meeting room with designs to honor the legacy of the sisters and highlight the outstanding contributions of our alumni.”

The sisters also have prayer places on the property, including outdoor stations of the cross, the Queen of the Holy Rosary Shrine, which is open to visitors 24/7, and the Labyrinth Path of Blessings.

The community has had associate members since 1984.

“We have been engaged in a process of reunification since 2003, with seven other Incarnate Word congregations in Texas and Mexico,” Sister Taylor said. They have a virtual meeting scheduled for Oct. 5-6 for further discussion.

“We look forward to collaboration efforts with other religious congregations in Northeast Ohio,” she said. 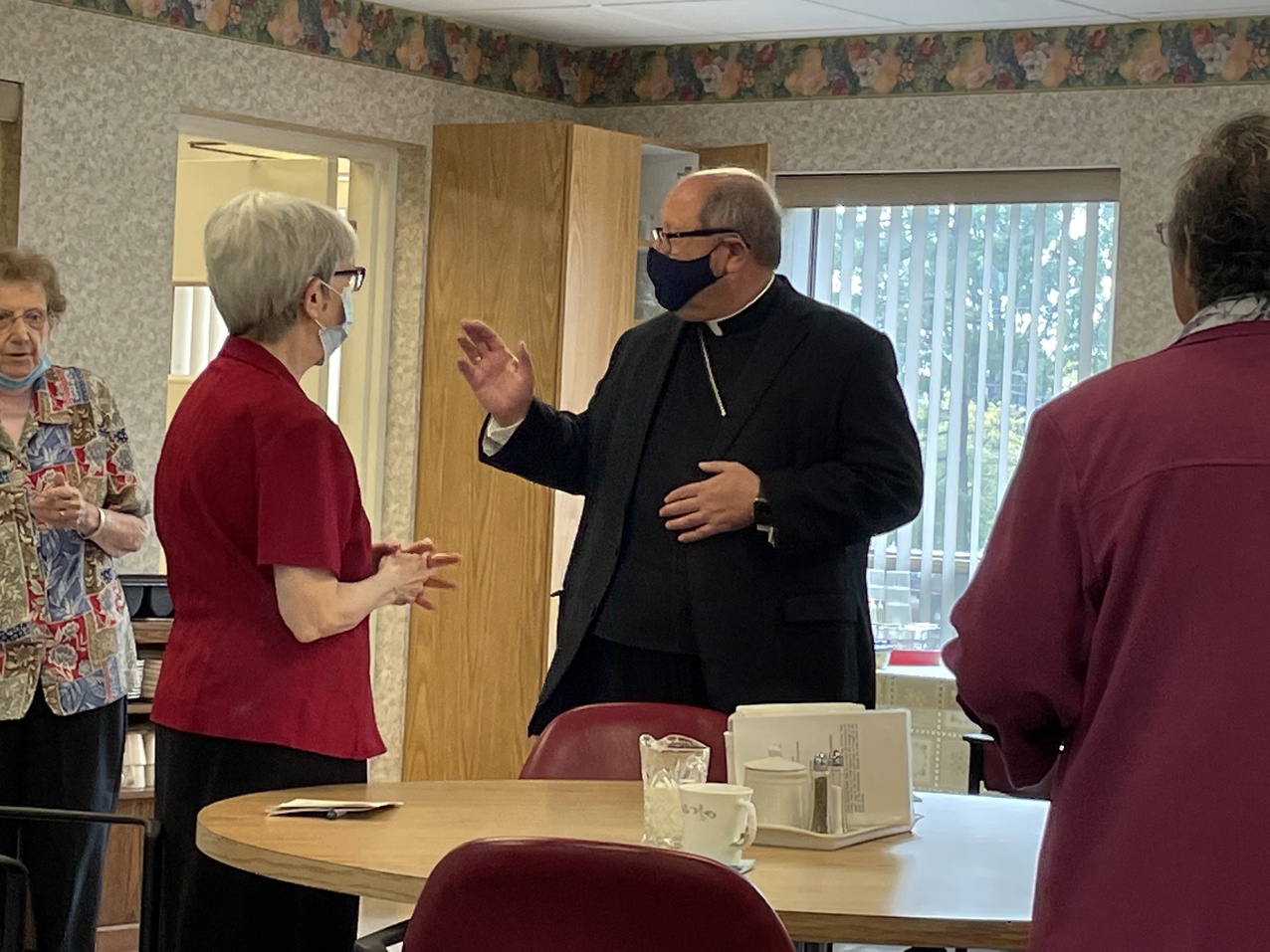 Sister Taylor has been active in the Conference of Religious Leadership, an organization founded in 1975 by leaders of congregations of religious women in the eight-county Diocese of Cleveland. CORL meets a few times during the year to share ideas, support each other and collaborate on ministry objectives as well as to strengthen the bonds among women religious.

The Sisters of the Incarnate Word and Blessed Sacrament was founded in 1625 by Jeanne Chezard de Matel in Roanne, France. Before her death in 1670, she also established foundations in Avignon, Grenoble, Paris and Lyon, France.

The congregation, like many other religious orders, was suppressed during the French Revolution. Many sisters took refuge with their families and in Italy. In 1807, after the revolution, the order was restored in France. It continued to minister and expand, with the first foundation forming in Brownsville, Texas in 1853.

In 1903, two Irish sisters from the Brownsville foundation went to Mexico to begin a new foundation. Because of civil and religious unrest in Mexico, the sisters left in 1926. Five Irish sisters and two novices received permission to establish a new foundation in the United States. Sister Taylor said at Bishop Schrembs’ invitation, they settled in Cleveland on May 8, 1927.

In 1930, the sisters received the Carl Miller estate at 6618 Pearl Road, Parma Heights, where they remain. The property was a farm with a stream and apple orchards. The Incarnate Word Guild was established in 1934 to collaborate with the sisters and assist them in supporting their ministries.

On Jan. 26, 1935, a fire caused by a boiler explosion destroyed the house that was used as the motherhouse. The building was rebuilt and IWA opened in September 1935 with 33 students.

Queen of the Holy Rosary Shrine was funded and built at the request of A.J. Wey, who remained an anonymous donor until after his death. He offered to provide the funds if the sisters would built a wayside shrine on the property where travelers on Pearl Road could stop and pray. Outdoor stations of the cross were added in 1936.

In 1940, a new, larger motherhouse named Marian Hall was built. Then in 1952, the current motherhouse and new IWA building was constructed.

For more information on the Sisters of the Incarnate Word click here.