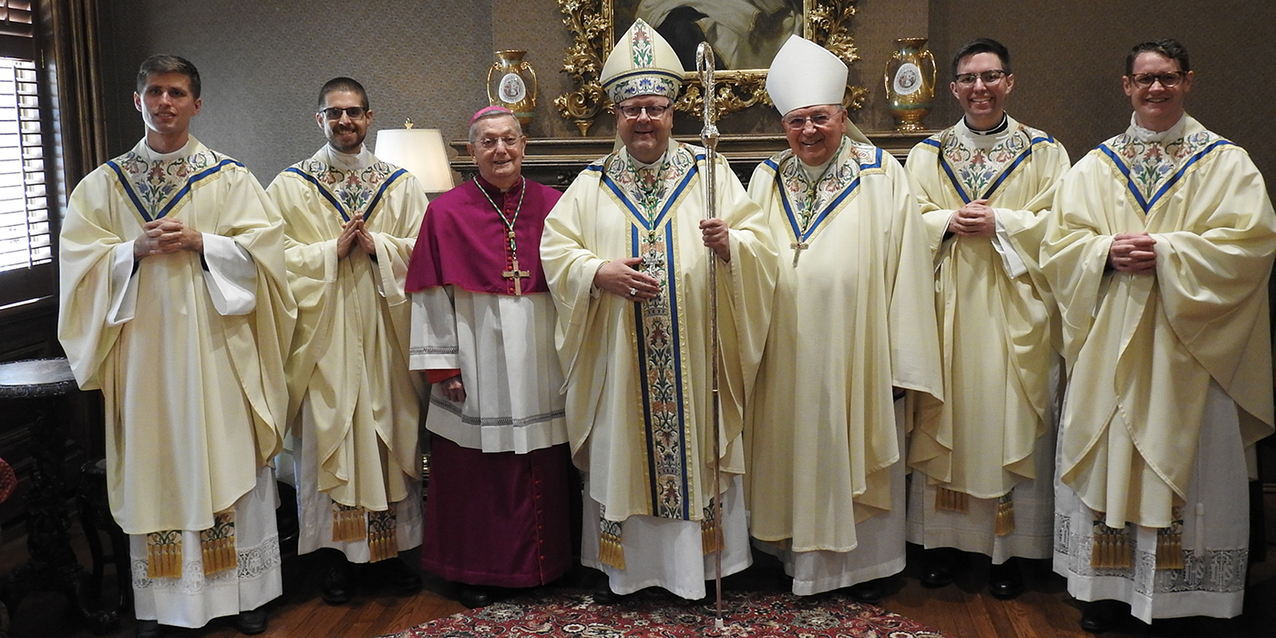 Bishop emeritus Anthony M. Pilla was devoted to his priestly ministry. Even after retiring as bishop of Cleveland in 2006, he continued offering counsel and support to his fellow clergy members and men in formation for the priesthood.

The beloved son of the Diocese of Cleveland who served 26 years as its shepherd, died Sept. 21 at age 88.

He enjoyed spending time with priests and seminarians and was a regular visitor to the diocesan seminary. In fact, the weekend before his death, Bishop Pilla was at the Center for Pastoral Leadership to celebrate the 40th anniversary of Father Mark Latcovich’s ordination to the priesthood. Father Latcovich is president-rector of Borromeo and Saint Mary seminaries, which are located at the CPL.

Those who wish to make a memorial contribution in honor of Bishop Pilla can do so through the Catholic Community Foundation by clicking here. Donations will be used to support priestly formation and retired priests in the Diocese of Cleveland.

The foundation, which was created by Bishop Pilla, fosters faith-based stewardship in the community for the spiritual, educational and charitable needs of all.