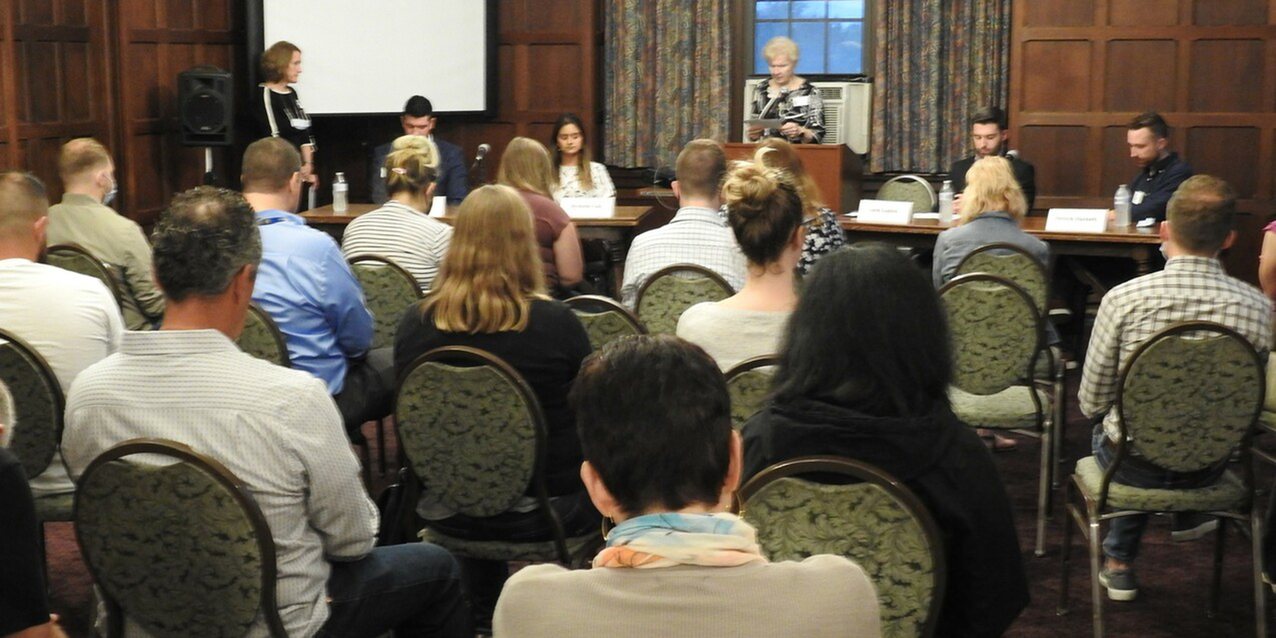 The pandemic caused stress for many people, but there also was a silver lining. Some people said it gave them time to decompress, reassess and focus on who and what really matters to them.

Panel members Patrick Hackett, Julio Rosales, Michelle Cali and Jack Lupica weighed in on several aspects of the topic during the program, with Lupica leading the discussion.

First, they talked about how the pandemic provided time to think about their lives and how God is calling them. “Faith is the cornerstone in our lives,” Lupica said. Cali agreed, saying faith “is always there.” Her advice is to be genuine, especially when dealing with younger people. “Kids can see right through you,” Cali cautioned.

Lupica asked about achieving goals and the role faith plays, which generated some interesting reactions from the panelists.

Rosales, a Venezuela native who’s been in the United States about eight years, said he finds that relationships and interactions with people keep his faith growing.

Lupica, an investment counselor and alumnus of St. Ignatius High School and John Carroll University, subscribes to the “theology of encounter, much like Jesus meeting the disciples on the road to Emmaus.” There are practical ways to connect with God, he said.

Hackett, who works at a venture development firm, earned his bachelor’s and master’s degrees from JCU. He offered some thoughts on practical ways to connect with God.

“I like to take time before Sunday Mass – about 30 minutes – to reflect on the week,” he said, explaining the quiet time works well for him.

Rosales said his faith grew through people, including family and friends. “Take time to love, to see God. He’s there, laughing and enjoying things with us,” he said. Nature also helps to connect him with God. 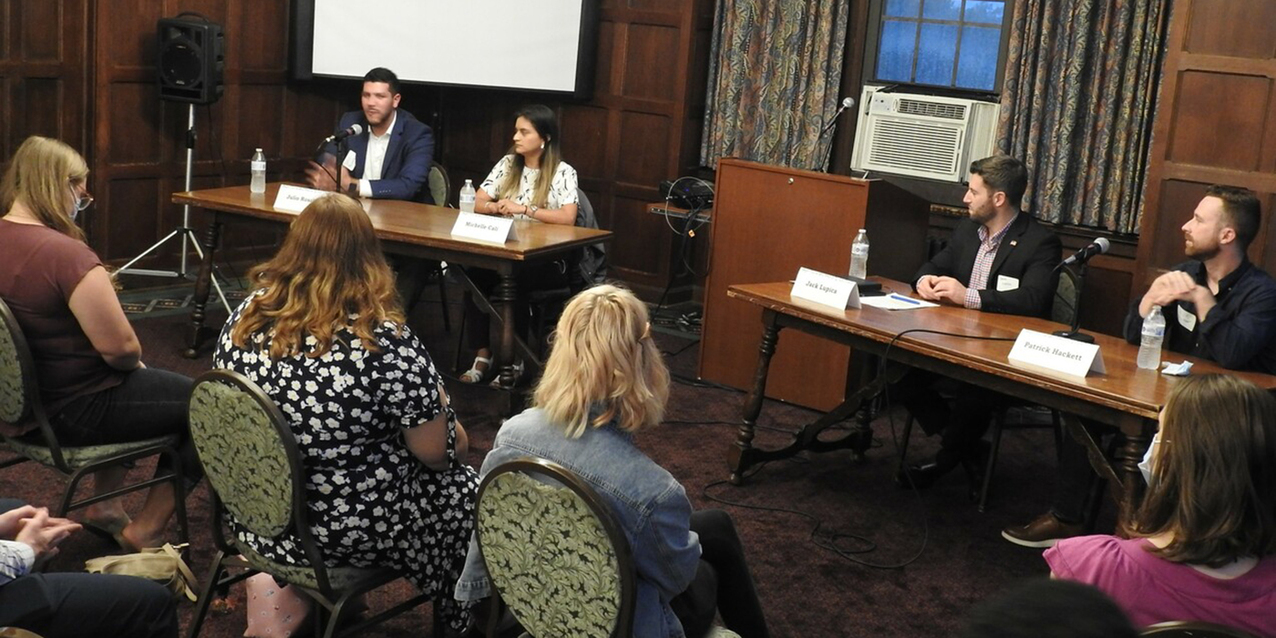 For Cali, a service team lead for the Lake Erie Council, Boy Scouts of America, a personal connection makes a difference. “Silence isn’t my thing; I struggle with it. I have to learn that it’s OK and to stay focused,” she said. An Ecuador native, she said it can be tough being away from her family. “I miss them, but everywhere I’ve been, God has given me a family. She looks for what is true, good and beautiful,” she said.

Lupica said connecting with God “can be fun. There’s no need to be rigid; relax and let God in.”

The group also discussed how to stay hopeful, especially in hard times like a pandemic.

Rosales recalled a time when he had virtually no cash left, but needed groceries. After carefully shopping, he was short on cash and starting removing items from his order when a woman told him not to worry, she would pay for his groceries. She also gave him $20. “I can’t remember her face, but I remember her actions,” he said. Her example inspired him and made him hopeful.

Cali talked about how she had hoped to study abroad, but seemed to constantly face obstacles like her parents losing their jobs and a major earthquake in her native Ecuador. Just when she thought studying in the U.S. was a lost cause, she got an offer for graduate school that included a stipend as a graduate assistant, which rekindled her hope. She also shared the story of meeting a family in a remote area of Ecuador during a service project. The son traveled two hours each way to attend college, but developed terminal cancer and died before graduating. “Yet his mother found hope and talked about how blessed she was,” Cali said, something that inspired her.

“Seeing people work hard – despite obstacles – to help others inspires me to get up in the morning and make life better,” Hackett said, sharing what makes him hopeful.

“I am blessed to have good people in my life, so it’s easy to see hope,” Lupica said. “The news can paint a bleak picture of the world. I did some serious traveling around the country in the last few years and encountered so many beautiful people,” he said, recalling one woman from the former Soviet Union who said her worst day in America was still better than her best day in the Soviet Union.

“When you dream, you can hope,” Lupica added.

“God calls me daily to live in love and with hope. Perfection doesn’t exist. The only thing perfect is God and we should aspire to be like him,” Cali said.

Hackett said recognizing false hope and removing layers will allow a person to begin encountering God and to become the person he wants them to be.

Rosales told the story of a 95-year-old nun he encountered who couldn’t do much, but she did what she could to share faith and hope. “We should ask God to use us as tools to help others,” he said.

“We all have different talents,” Lupica said. As he gets older, Lupica said he sees things differently. “Often those who influence us are the ones who also inspire us,” he said, using his mother as an example. “She has a simple way about her.” He also said those who turned out on a stormy night to hear their presentation inspire him and give him hope.

Register for the free event at info@catholicCC.org.