The Sisters of Charity Health System gave a preview of its newest facility, Mary’s Home, during a blessing ceremony and reception on Nov. 3.

Mary’s Home, a companion to the nearby Joseph’s Home, has a similar mission: to serve the medically fragile who are experiencing homelessness. It will serve women. Joseph’s Home, which opened in 2000, serves men.

The new facility, at 2302 Community College Ave., Cleveland, will open in late December or early 2022, once all medical equipment and furnishings arrive. Bialosky Associates and Regency Construction handled renovations to the building. 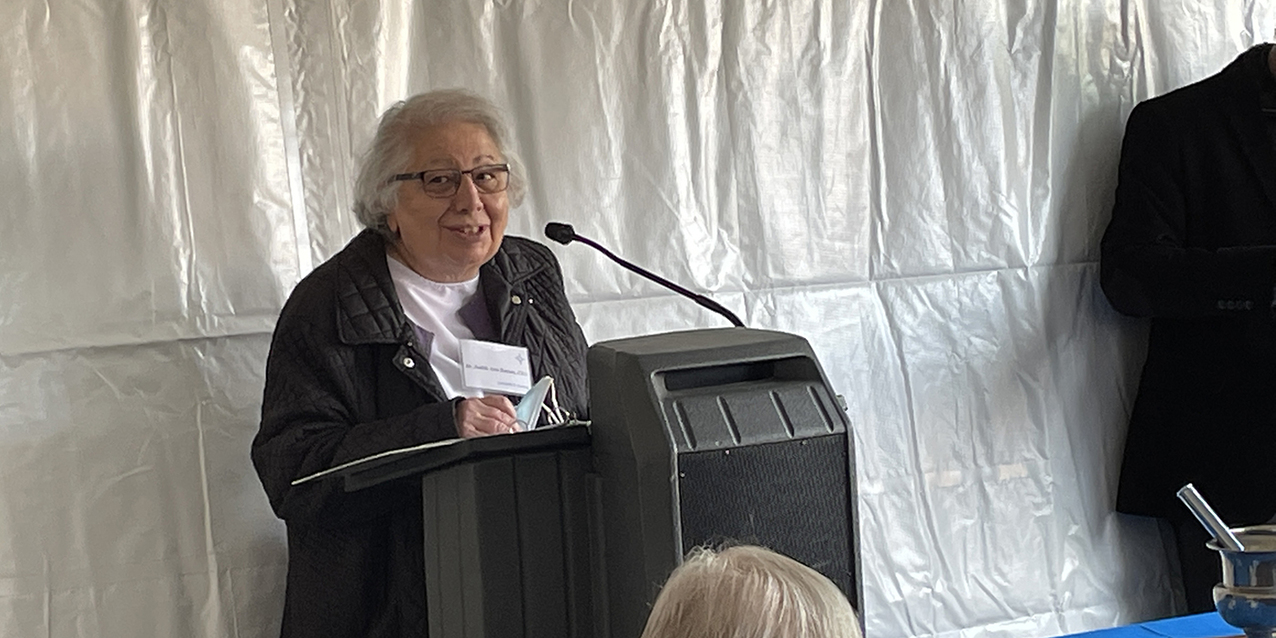 Mary’s Home will have 10 private, furnished suites; kitchen, dining and restroom facilities; multiple meeting spaces for programming, including art and music therapy, and group sessions; isolation suites in case of a coronavirus case or other infectious disease; and a dedicated health care clinic.

“The Sisters of Charity of St. Augustine are visionaries,” said Anthony Searcy, chair, Joseph’s Home Board of Directors. He thanked the sisters, the staff, board members and campaign committee for their efforts to make Mary’s Home a reality. More than $1.5 million was raised for the new ministry.

Joseph’s Home staff said they receive countless calls from hospital social workers seeking help for women with serious medical issues since traditional shelters are not equipped to handle women recovering from surgery or other acute health conditions. Often women are treated in an emergency department, discharged to a shelter or back onto the streets and the cycle begins again. 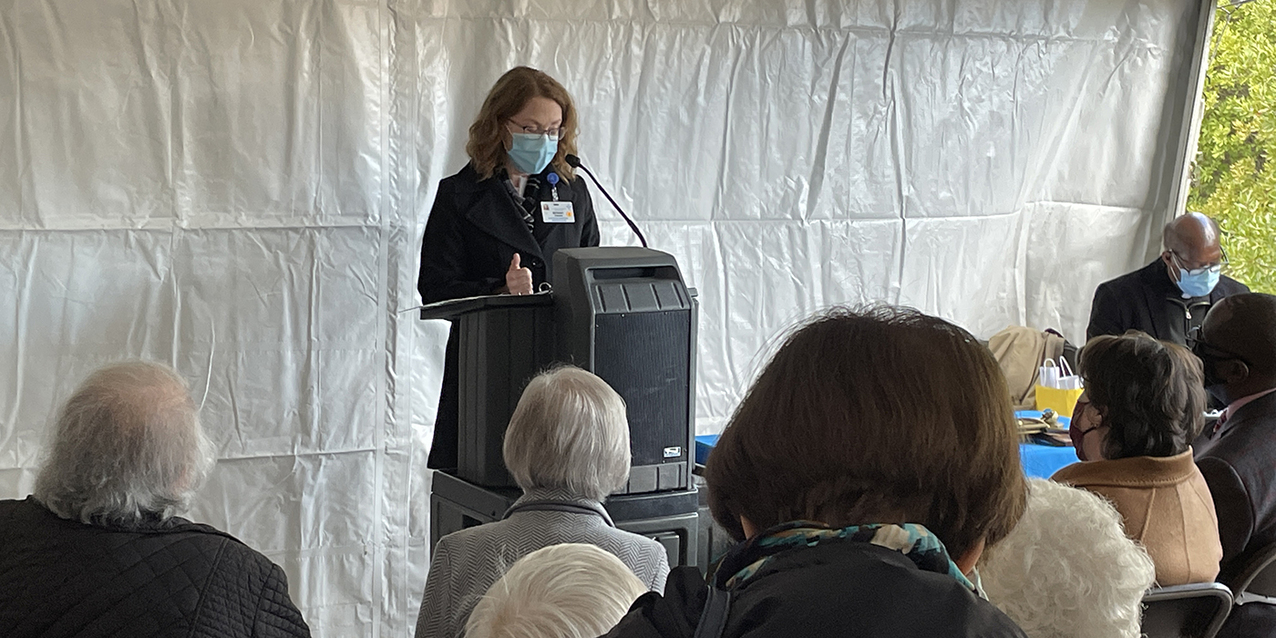 Beth Graham, Joseph’s Home executive director, also will oversee Mary’s Home. The facility will fill the gap to serve women who need to find secure housing as they rebuild their lives, she said. Both Searcy and Graham credited the CSA sisters saying, “Their hearts are full of faith, hope and love.” Mary’s Home will allow these women in crisis to “hit the reset button,” Searcy said.

“We are thrilled to open the doors to women this year and have many people to thank for this,” Graham said, adding “sincere and eternal gratitude to the Sisters of Charity of St. Augustine for their faithful leadership and vision that set the foundation for this expansion of our ministry.”

Members of the capital campaign committee also were credited for their efforts to make the home a reality. Jeanne Colleran Weaver chaired the committee with Sister Joan Gallagher, CSA, as honorary co-chair. Sister Gallagher also was a founder of Joseph’s Home. Kristine Adams, William and Mary Denihan, Lorraine Dodero, Richard Gallagher, Natoya Walker-Minor and Lisa Zimmerman are members of the capital campaign committee. 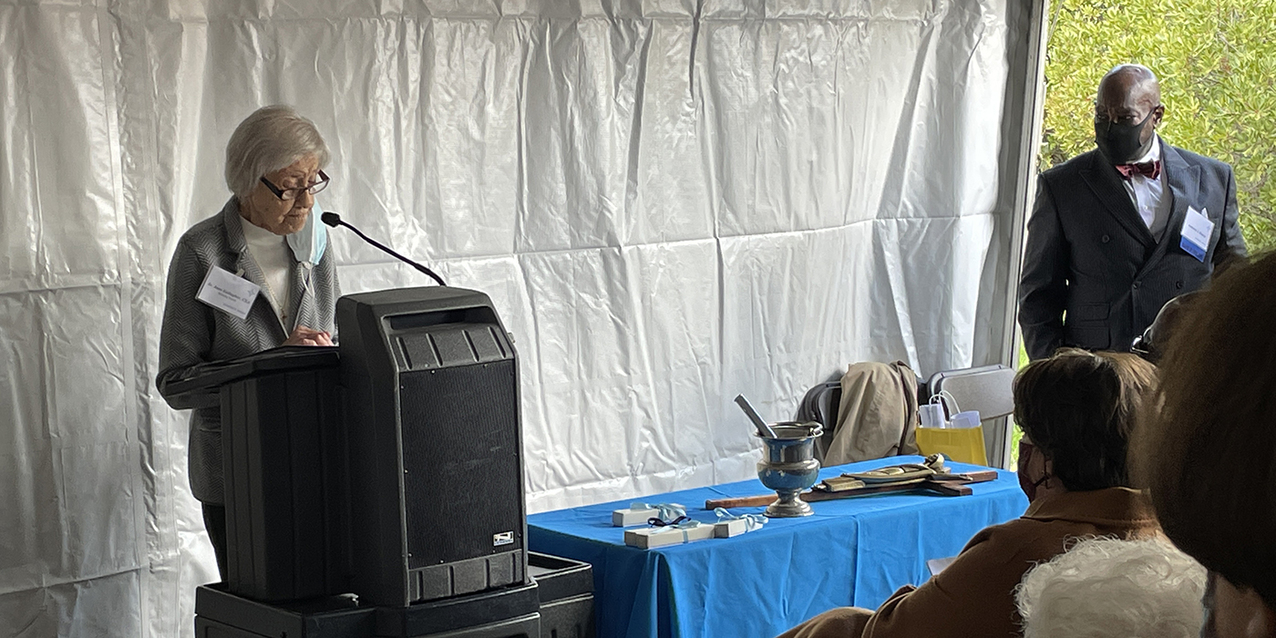 “Working on this capital campaign was like being on a dating app and never meeting the person,” Weaver quipped, noting the campaign took place during the height of the coronavirus pandemic, “while we were in our bubbles. It’s not easy to ask for money unless the need is truly in your heart.” She also thanked Graham for her tireless work on behalf of both Joseph’s Home and Mary’s home. “Beth holds every detail in her hands,” she said.

Now that Mary’s Home is about to become a reality, Weaver said it’s important to be sure the ministry is sustained.

Sister Gallagher offered her gratitude to her fellow CSA Sisters Theresa Bontempo, Marian Durkin, Evelyn Flowers, Coletta McNamee, Ruth Ann Patrick, Marietta Rohr, Elizabeth Schur and Catherine Walsh, all of whom worked to help establish Joseph’s Home and to pave the way for Mary’s Home. She noted the mission statements for both facilities are the same, with the exception that Joseph’s Home serves men and Mary’s Home is for women.

“Thank you, thank you, thank you,” said Sister Judith Ann Karam, CSA, congregational leader and former CEO of the SCHS. “Twenty-one years ago, Joseph’s home opened and the dream for Mary’s home took flesh. Every time we drove past a vacant convent or another building, someone would say we could put Mary’s Home there,” she said. 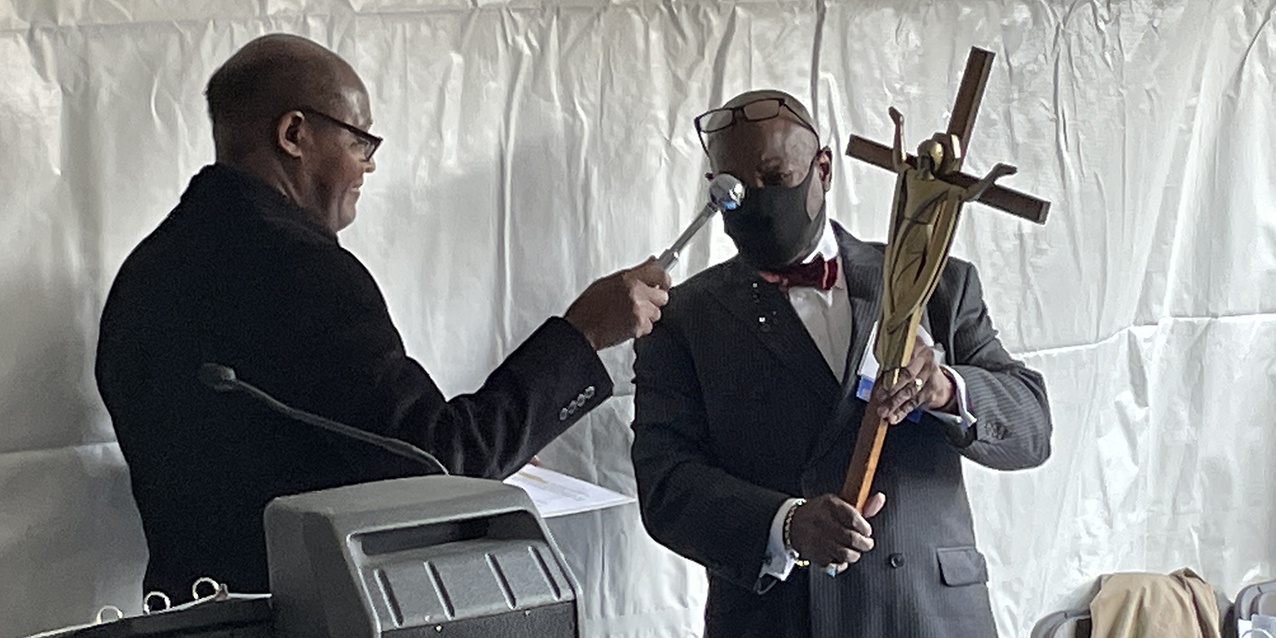 “This is not a new idea. It has been in the heart and soul of the Sisters of Charity of St Augustine for many years,” Sister Karam said, noting the sisters have served the Diocese of Cleveland for 170 years. “And as we always say, we never did it alone.” She said the sisters’ mission is to serve the underserved. When asking themselves how God was calling them to do that, Joseph’s home was conceived.

Bishop Edward Malesic had been scheduled to preside at the blessing, but was unable to attend, so Father Isidore Munishi, AJ, filled in. He serves as Catholic chaplain at the nearby St. Vincent Charity Medical Center, also a ministry of the SCHS.

“We have an obligation to provide for these men and women who are created in God’s image. We must see him in them,” Father Munishi said. “It is a privilege to serve them.”

Father Munishi blessed a crucifix that was placed on the wall in the main hallway of Mary’s Home. He also went room to room, blessing each one. Many of the rooms are named after benefactors, including the entryway, honoring the Sisters of Notre Dame; the Barbara and John Schubert Supportive Service Space; The Reinberger Foundation Kitchen; Sister Joan Gallagher, SCA Meeting Room; Sisters of Charity Foundation of Cleveland Dining Room; Dodero Foundation Living Room; and Lloyd M. Cook, M.D. Memorial Clinic. 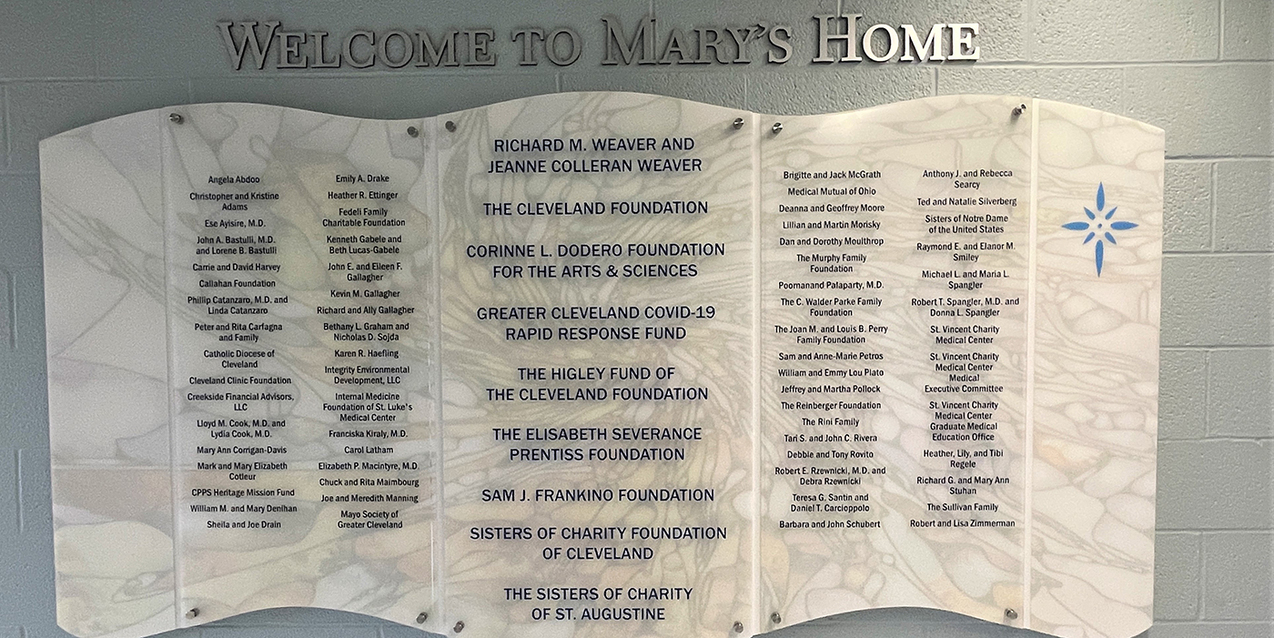 The blessing began outdoors under a tent and continued inside Mary’s Home, with masked guests assigned to various rooms in order to avoid overcrowding. A reception followed the blessing.

Since it opened, Joseph’s Home has helped hundreds of men recover from medical issues and transition safely to self-care and independence in their own homes by developing a proven method for helping them heal and regain their housing and health stability. In 2020, 69% of Joseph’s home residents achieved medical stability at discharge and 57% were discharged to a stable setting, including 45% who left for permanent rental housing. Of those who left in 2019, 88% continued to remain medically stable and 90% continued to live in a stable home one year later.

At Joseph’s Home, a team-based approach is used to ensure that the residents become holistically healthier. Their acute medical issues are stabilized quickly, other health needs are determined and housing barriers are identified and addressed. They also are connected with community resources so they can leave Joseph’s Home and successfully live in stable housing.

Both Joseph’s Home and Mary’s Home have commitments from Cuyahoga County, the Alcohol, Drug Addiction and Mental Health Services Board, also called ADAMHS, as well as other funders for staff and programming costs.

Joseph’s Home and Mary’s Home will be part of the #weGiveCatholic online day of Catholic giving on Nov. 30. To make a donation that day, visit WeGiveCatholic.org, click on search organizations and type in Josephs Home or visit wegivecatholic.org/organization/josephshome.