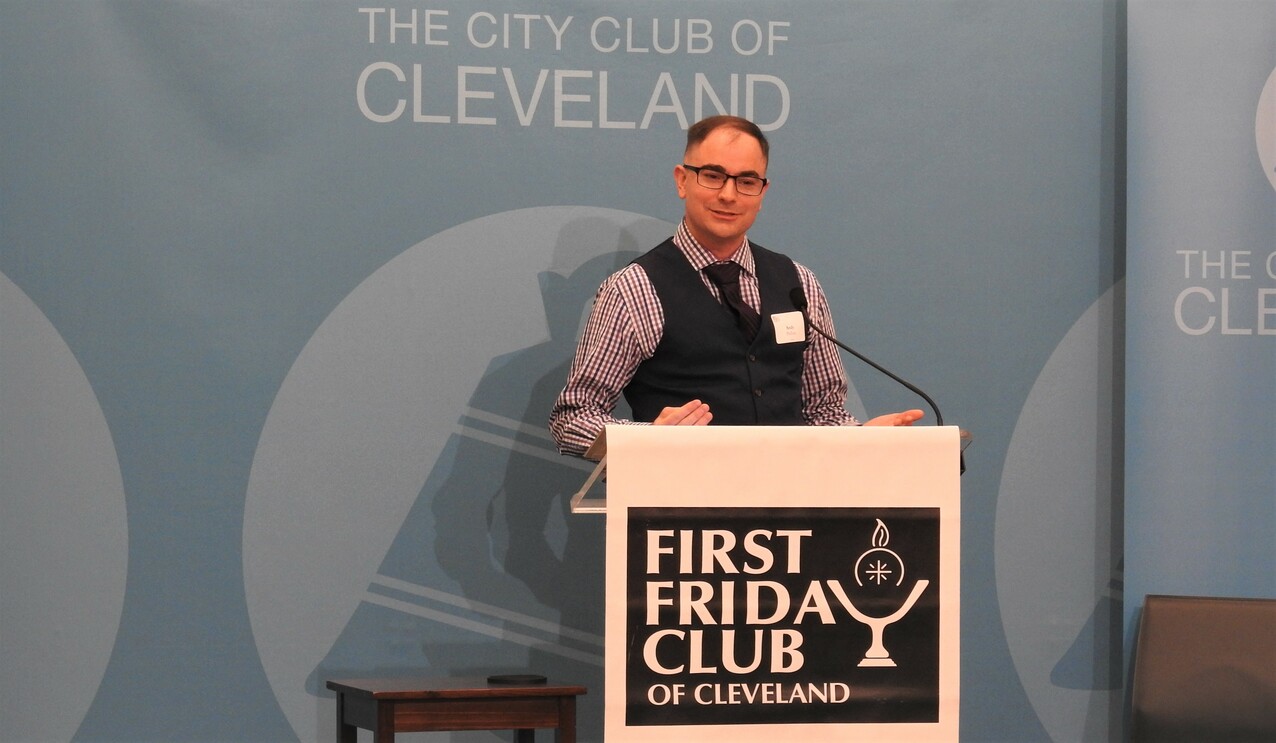 How does an airline pilot end up as a pro-life advocate outside an abortion clinic in Cleveland?

Andrew Philbin admits his story has a few twists and turns, but it happened to him.

A graduate of St. Ignatius High School, he’s had an interest in flying for years.

“I washed planes in trade for flying lessons,” Philbin told the First Friday Club of Cleveland earlier this month when he addressed the group’s lunch meeting.

Although his career as a pilot was on track, Philbin said his faith life was not. He had fallen away from the Church, “but I found my way back two years ago.” He was confirmed by Auxiliary Bishop emeritus Roger Gries.

“I had a strong desire for the Eucharist,” Philbin said. “It had been 23 years since my last confession and I was elated – I was on a high after reconciliation. I was wondering what I could do.”

He noticed a leaflet about 40 Days for Life, an international, grassroots anti-abortion movement, but said he ignored it. Not long after that, while in a hotel during a business trip to New York City, he couldn’t sleep.

“I was wrestling with why I couldn’t do a vigil,” Philbin said. He got up, went to his laptop, found a large abortion facility, traveled there and started praying the rosary. He said a woman who was in the midst of a chemical abortion approached him and wanted to listen to him pray.

“She cried, we talked and I sent her to a facility to reverse the abortion pill she had taken. I saved a baby on my first day,” he said of the beginning of his pro-life ministry. 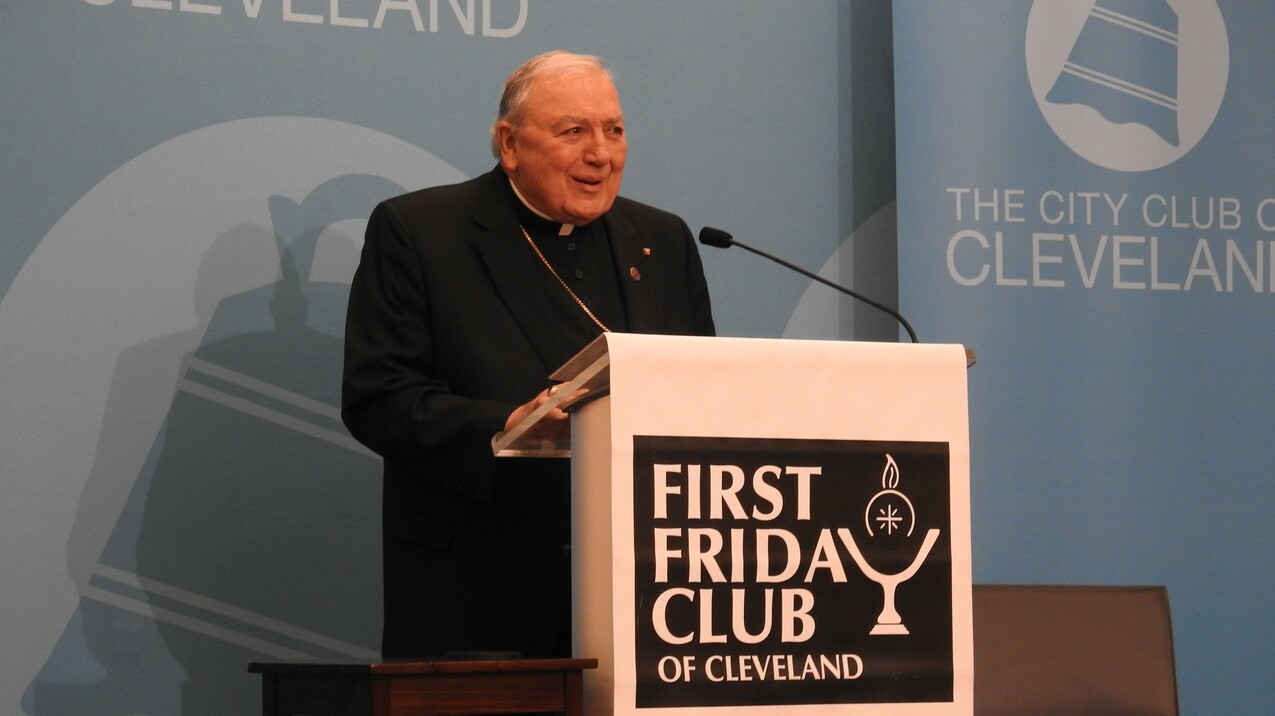 Cleveland has one of the busiest abortion clinics in Ohio. The atmosphere is charged and chaotic, he said, with lots of shouting and anger. He said someone needed to organize an effort there to save babies. Describing what he called his “2-by-4 moment, when God hit me in the head with a 2-by-4, I realized he wanted me to organize it,” Philbin said.

He connected with Sidewalk Advocates for Life and signed up for their training course. “It was more intense than training as a pilot for a major airline,” he quipped. “But I loved every minute of it.”

Philbin said when a woman decides to have an abortion, she has written off the child and her relationship with God, so using threats to convince her not to abort the baby does no good.

“We approach them from a different perspective. We find how we can meet their prenatal needs,” he said. Sometimes that means housing. It also can mean baby supplies and support. “We connect them with the resources they need.”

Philbin said he launched his SAFL initiative on Dec. 12, 2020. It was the middle of the pandemic and he thought no one would come to the first event. Instead, 37 people showed up.

He recalled one woman went to the door of the abortion facility and was about to go in. “I told her I didn’t know her problems, but that I would pray for her. We are the hands and feet of Christ for them,” he said.

The woman went in, but came out later and told him she couldn’t go through with the procedure. She was terrified that her father would throw her out of their home, so he gave her his cell phone number and information for Zelle’s Home, which offers housing and support to pregnant women in need.

“She called later and apologized, telling me her father was fine with her having the baby,” he said.

Another time, a woman came by to apologize for being so mean to him. After she had her baby, she came back to show him a picture.

In yet another instance, a woman chose not to have an abortion but she feared her boyfriend would harm himself, so SAFL connected them with counseling. Their baby was born this fall.

While Philbin said offering information, support and resources is important, so are pregnancy resource centers. The closest center to the Cleveland abortion facility is 17 minutes away. Mobile ultrasound machines are also helpful since they allow the mother-to-be to see an image of her baby.

He said people often ask what they can do to help. He invites them to join the sidewalk ministry, He also asks them to consider what their church/parish is doing. Do they have a pro-life group? “Forty-three percent of women who go to an abortion clinic are Catholic. We’re failing them,” Philbin said. “Would a woman facing an unplanned pregnancy know she could go to her church for help? Would her family, friends and those outside of the church know that?” he asked.

“We need more than one homily from the pastor. We’re the crisis intervention. We need to have information. We need to reflect on the Divine Mercy Chaplet and submit ourselves to the Lord’s will with love and kindness,” he said.

Click here for more information on Sidewalk Advocates for Life. The group will have a training session10 a.m. to 4 p.m. Dec. 4 at St. Rocco Parish. Contact Philbin at saflcleveland@gmail.com or 701-610-6064.