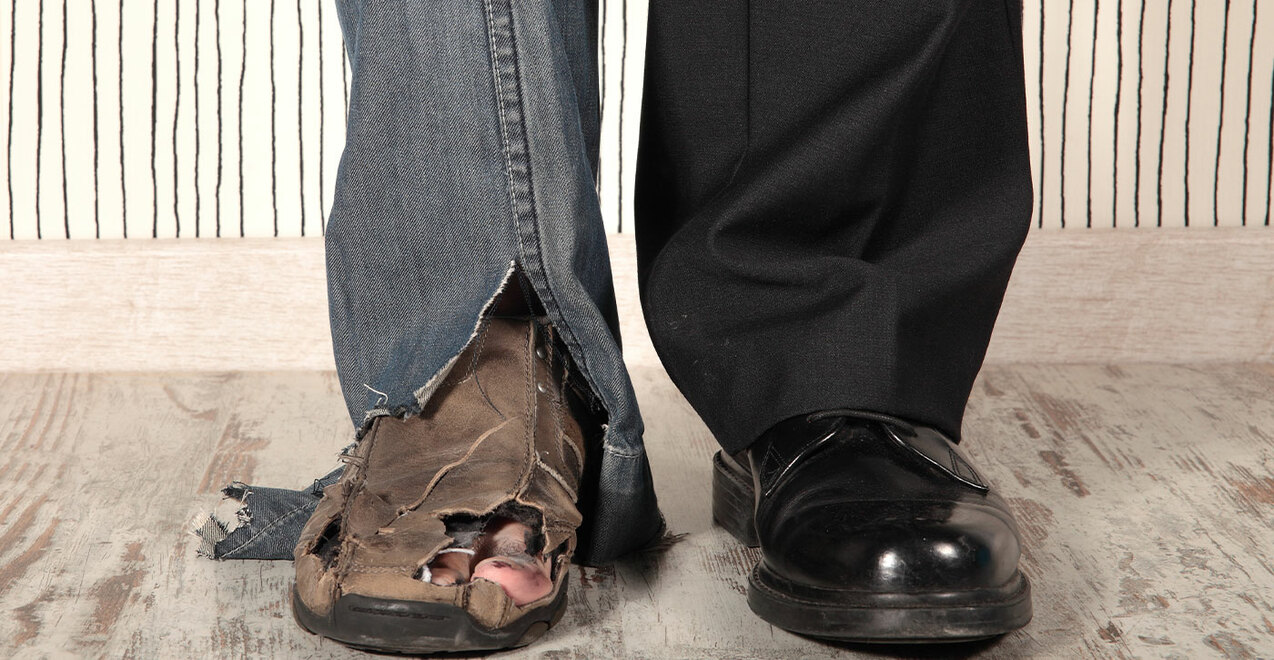 Today, Jesus contrasted a very wealthy man with a very poor man. The name of the rich man is forgotten to history. We know the name of the poor man. His name is Lazarus.

Not following the law of charity established in the Old Testament by the prophets and Moses, the rich man took no care of and gave nothing to Lazarus who was sitting just outside his mansion door.

The rich man was noticed while he lived in this life. People would have been honored to know him. They knew his name and probably dropped his name among friends.

The poor man was never noticed in this life. No one honored him. They walked right by him. They didn’t care to know his name.

But God is the God of surprises and often turns the world as we know it on its head. As Mary said in her great Magnificat: “He has filled the hungry with good things, and the rich he has sent away empty.”

In the afterlife, the rich man knew that his lifestyle had caused him to lose everything. It could not be regained. Still he had enough charity in his heart to ask Father Abraham to go and warn his brothers on earth to repent, change, and live a life of love.

But, Father Abraham, in a reference to the Resurrection of Jesus, said to the tormented rich man, “If they will not listen to Moses and the prophets, neither will they be persuaded if someone should rise from the dead.”

Jesus has come back from the dead. Is that enough to cause us to live our lives differently from those who care nothing about a suffering neighbor?

Oh, and lest I forget, Happy St. Patrick’s Day everyone.