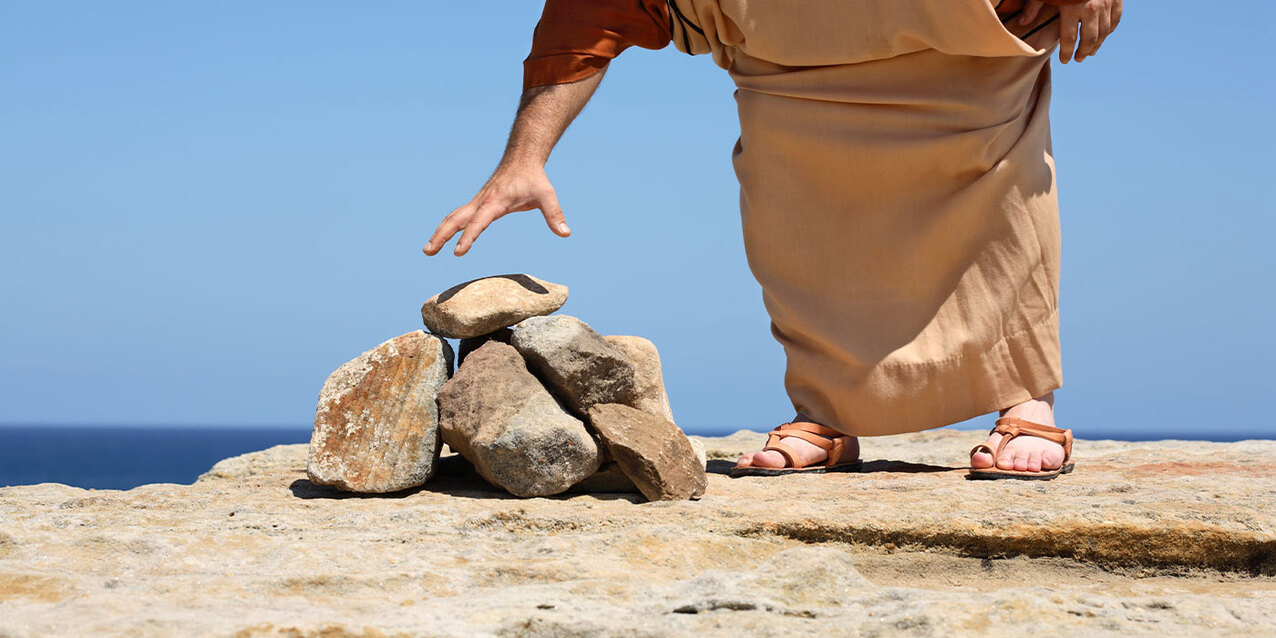 The story of the woman caught in the act of adultery is one of the most famous and powerful stories of the New Testament.

A group of scribes and Pharisees had looked for a way to entrap Jesus, who had shown too much mercy, in their estimation. The law dictated that those caught in adultery (the man and the woman) were to be stoned to death. Of course, this begs the question, where was the man who was caught with the woman? We wonder. In any case, the woman is brought before Jesus and he was asked, in essence, should the law be followed or not. Should this woman be stoned to death or sent on her way?

It seems in every age there are those on the lookout for the sins of others and who desire to exact the greatest punishment for those who do wrong. Perhaps they believe that by dwelling on the sins of other people, no one will notice their own.

Jesus will not enter into this conversation. He will not enter the game that the scribes and Pharisees were asking him to play. Rather, he bent down and began to write in the sand. The Gospel does not tell us what he wrote, but there are many who speculate that Jesus was writing the sins of those who were so quick to stone the woman to death.

Jesus, without directly overturning the law that called for the stoning death of adulterers, simply said, “Let the one among you who is without sin be the first to throw a stone at her.”

Again, he bent down to write in the sand — and the woman’s accusers realized that none of them was without sin and none of them could cast the first stone and the sins that Jesus was writing on the ground were their own. They walked away one after the other.

Then the woman was left alone before the only man who was without sin — Jesus. We are left to wonder whether she was afraid that Jesus might be the one to cast that stone of death at her. He would not. He did not condemn her but told her, “Go, and from now on do not sin any more.” She was set free and put on a new path of freedom and life.

If we are too quick to judge others, perhaps we should first contemplate the words that Jesus would write in the sand about us.

And, if others have judged us too rashly and harshly, perhaps we should hear Jesus say to us, “I do not condemn you, but go, and from now on do not sin any more.” He says that to us many times, over and over again. Jesus is the face of the Father’s love for us, after all.

So, after receiving the forgiveness of Jesus, we try to live as the new creation that he has made us to be.

Read, once again, the words of St. Paul in today’s second reading:

Just one thing: forgetting what lies behind
But straining forward to what lies ahead,
I continue my pursuit toward the goal,
The prize of God’s upward calling, in Christ Jesus.