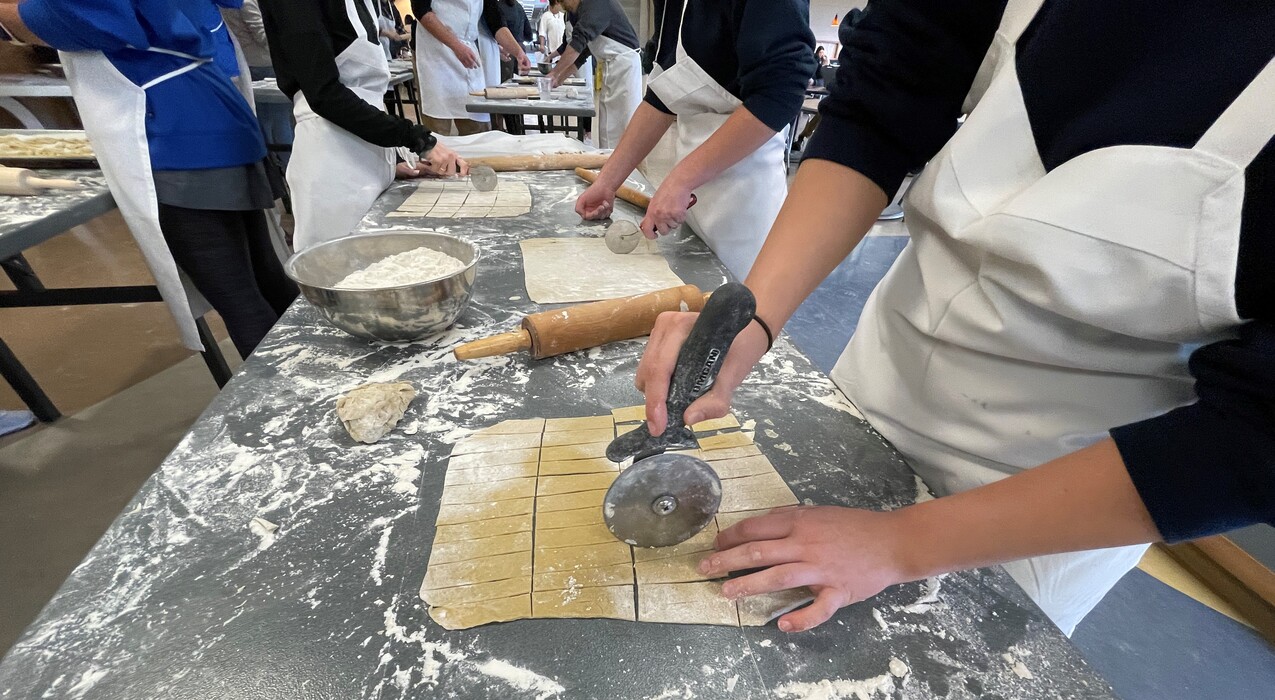 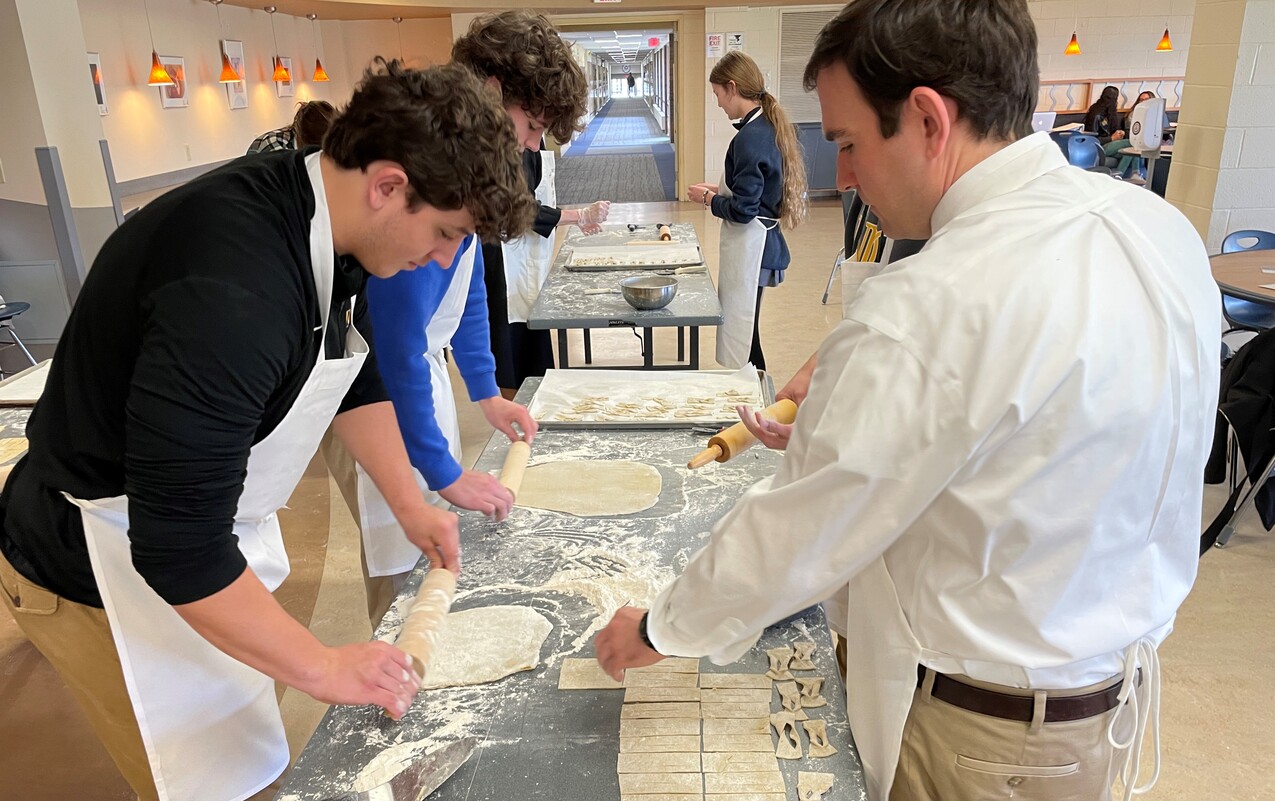 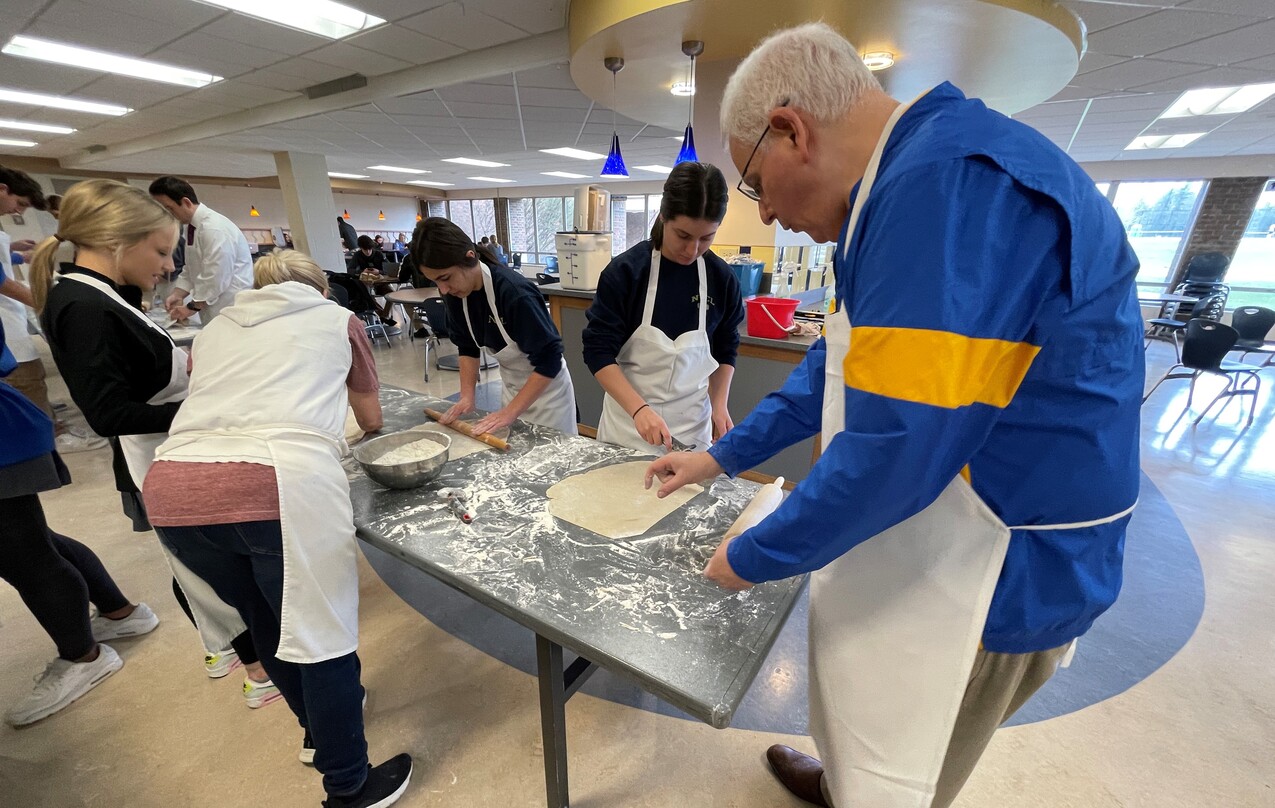 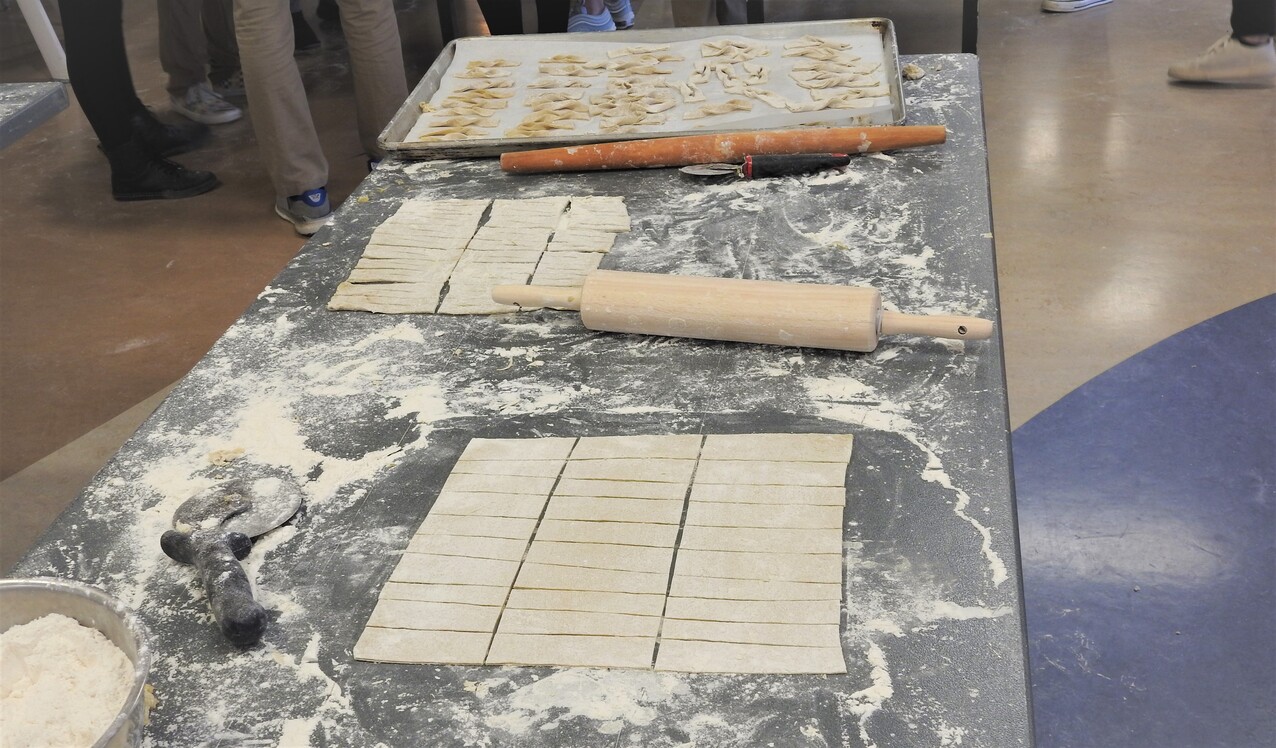 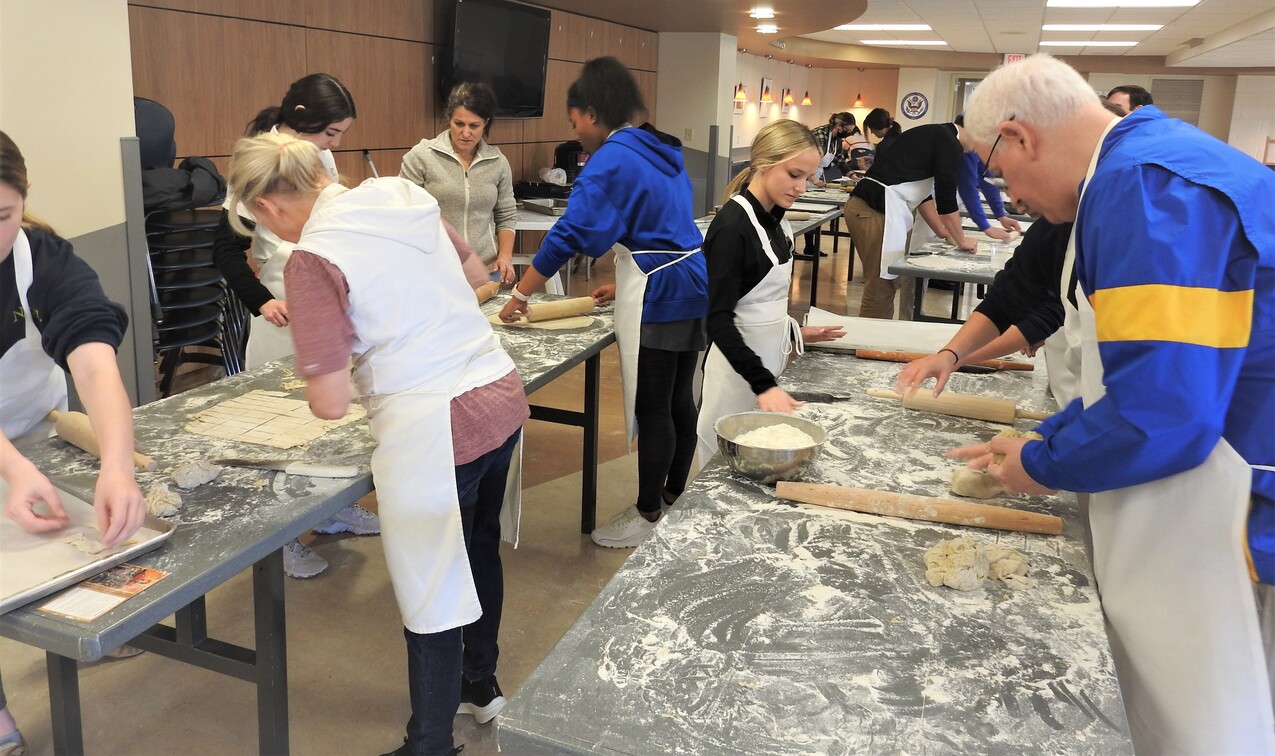 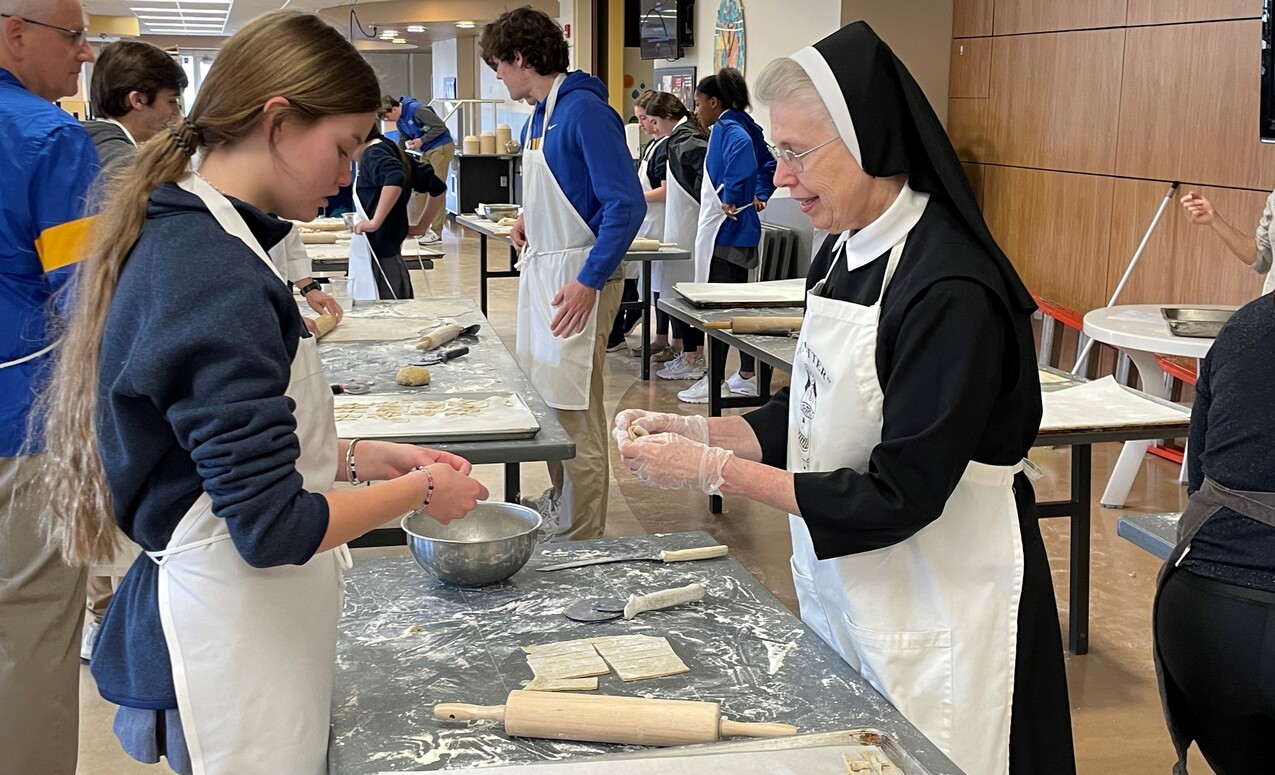 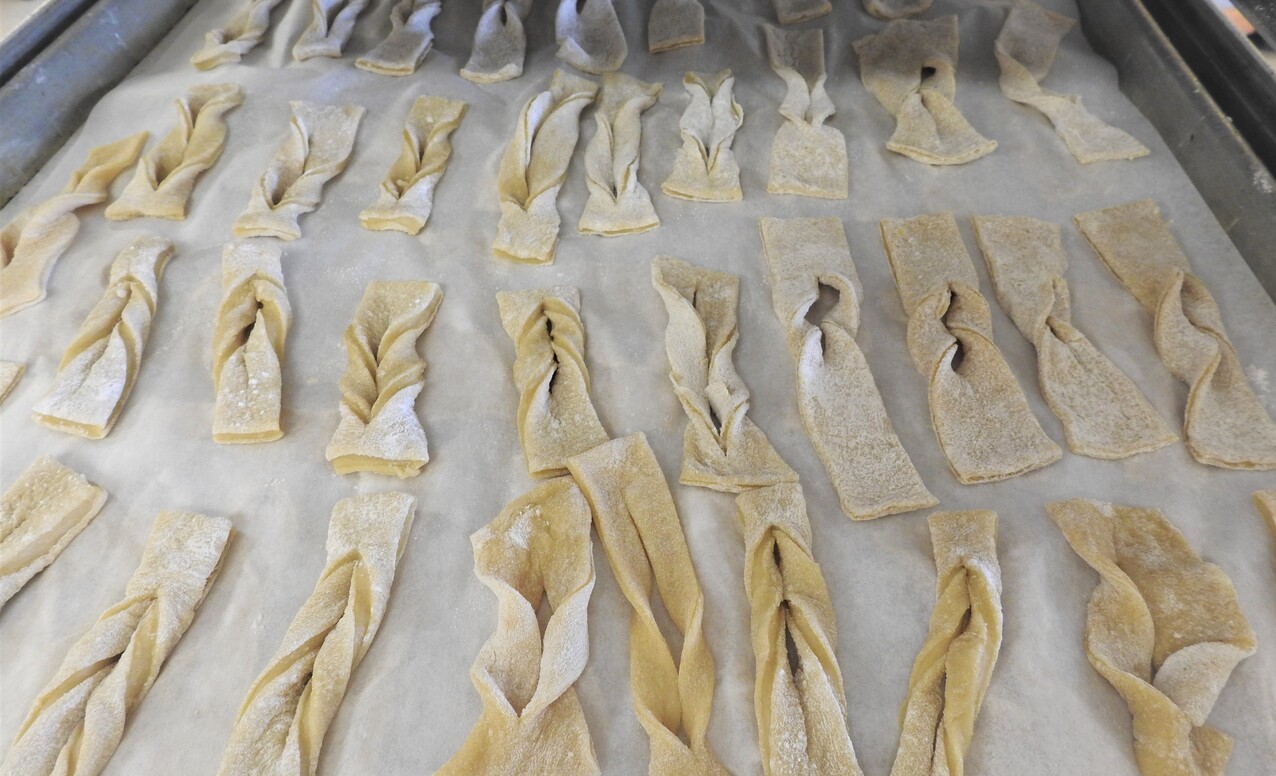 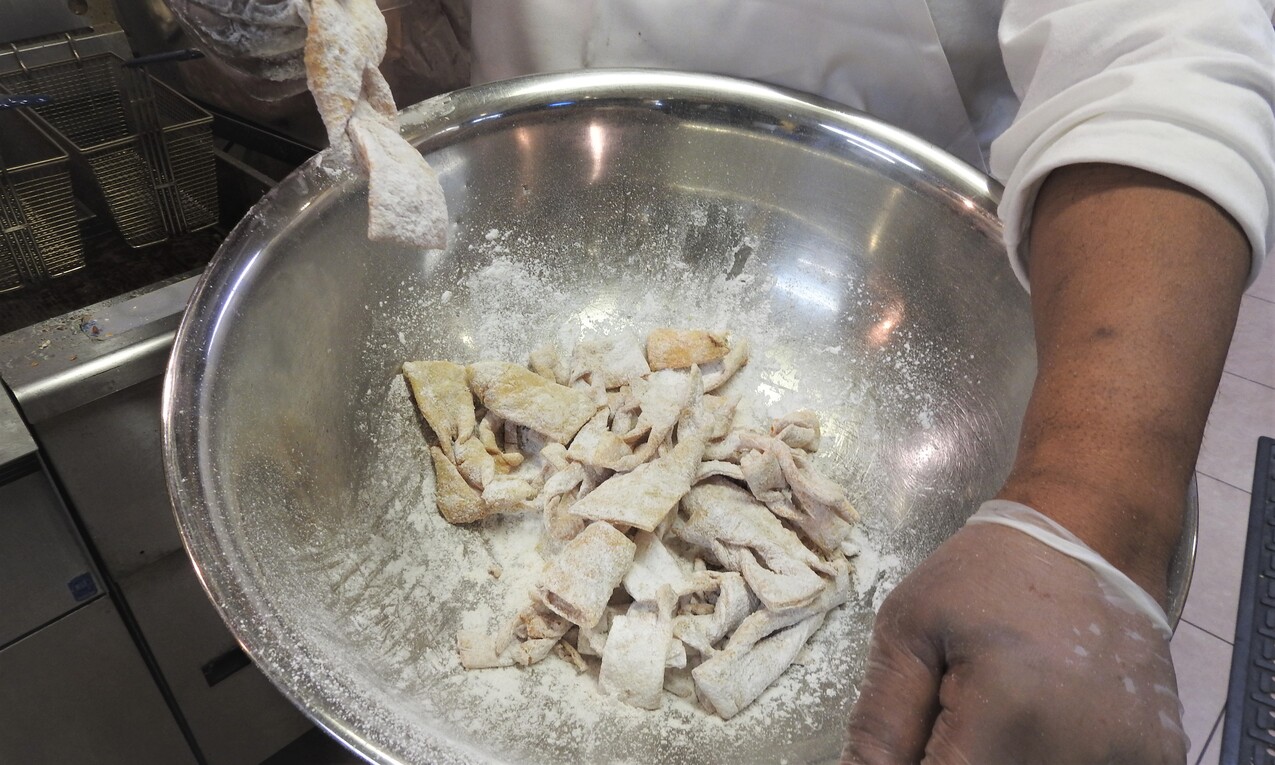 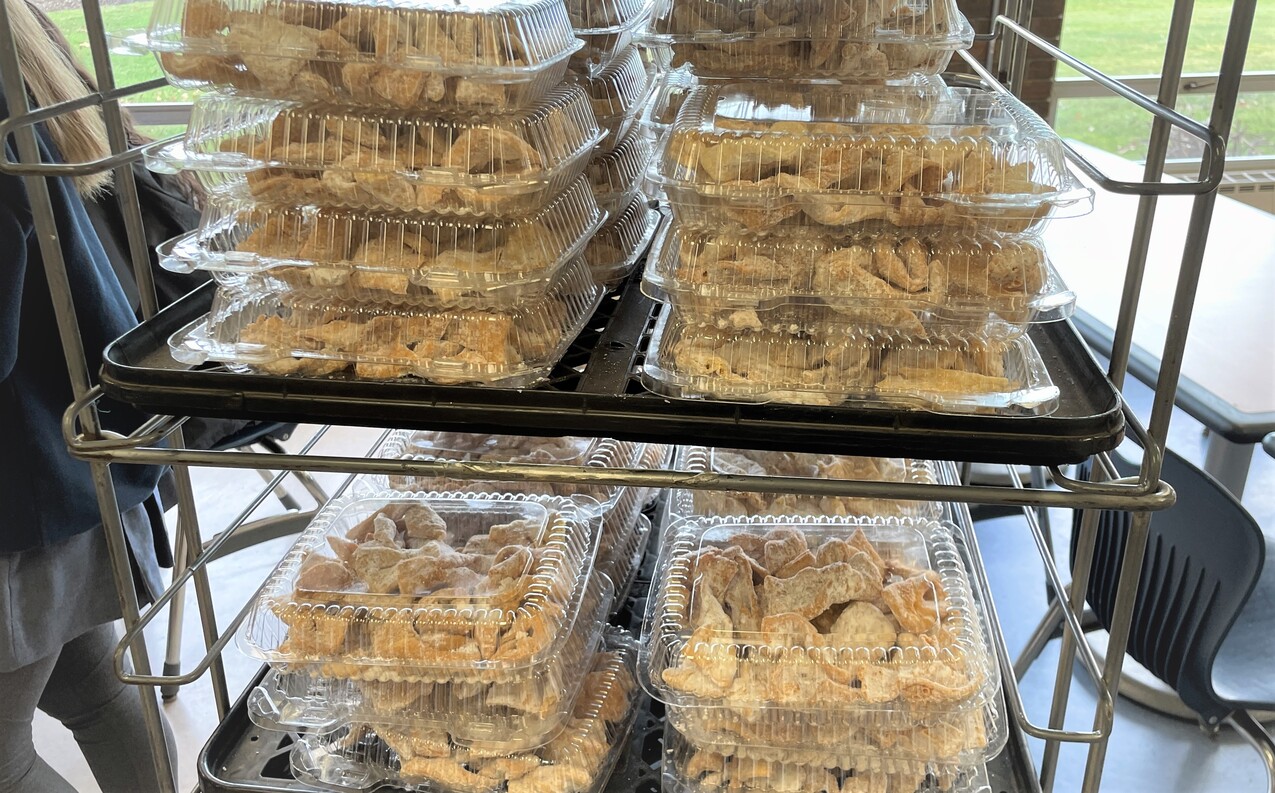 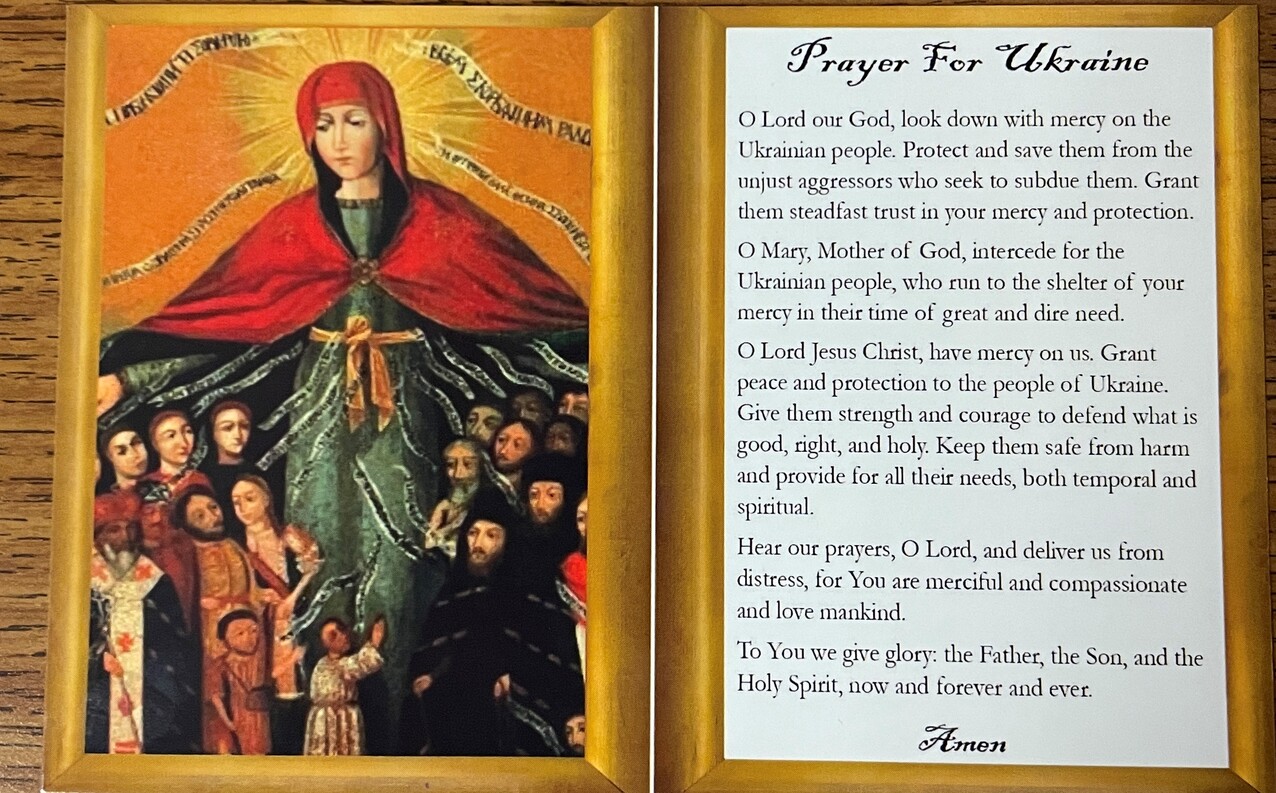 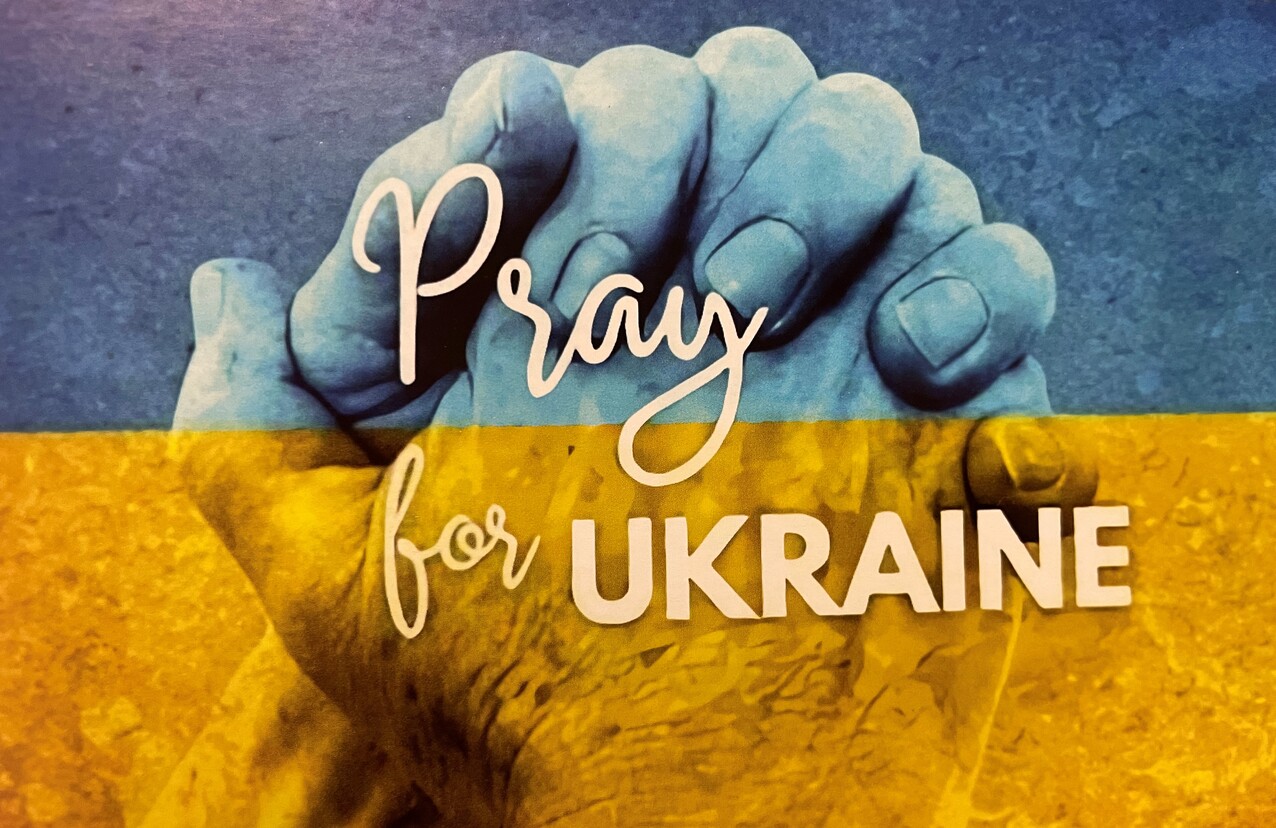 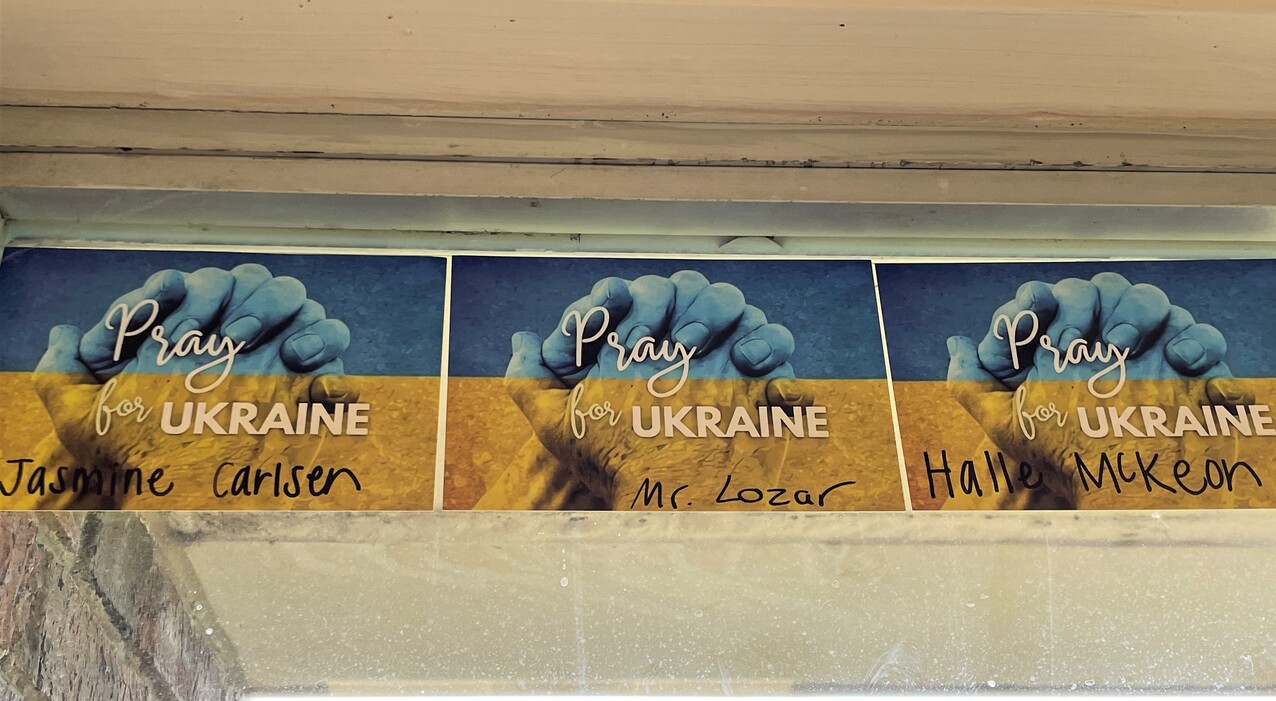 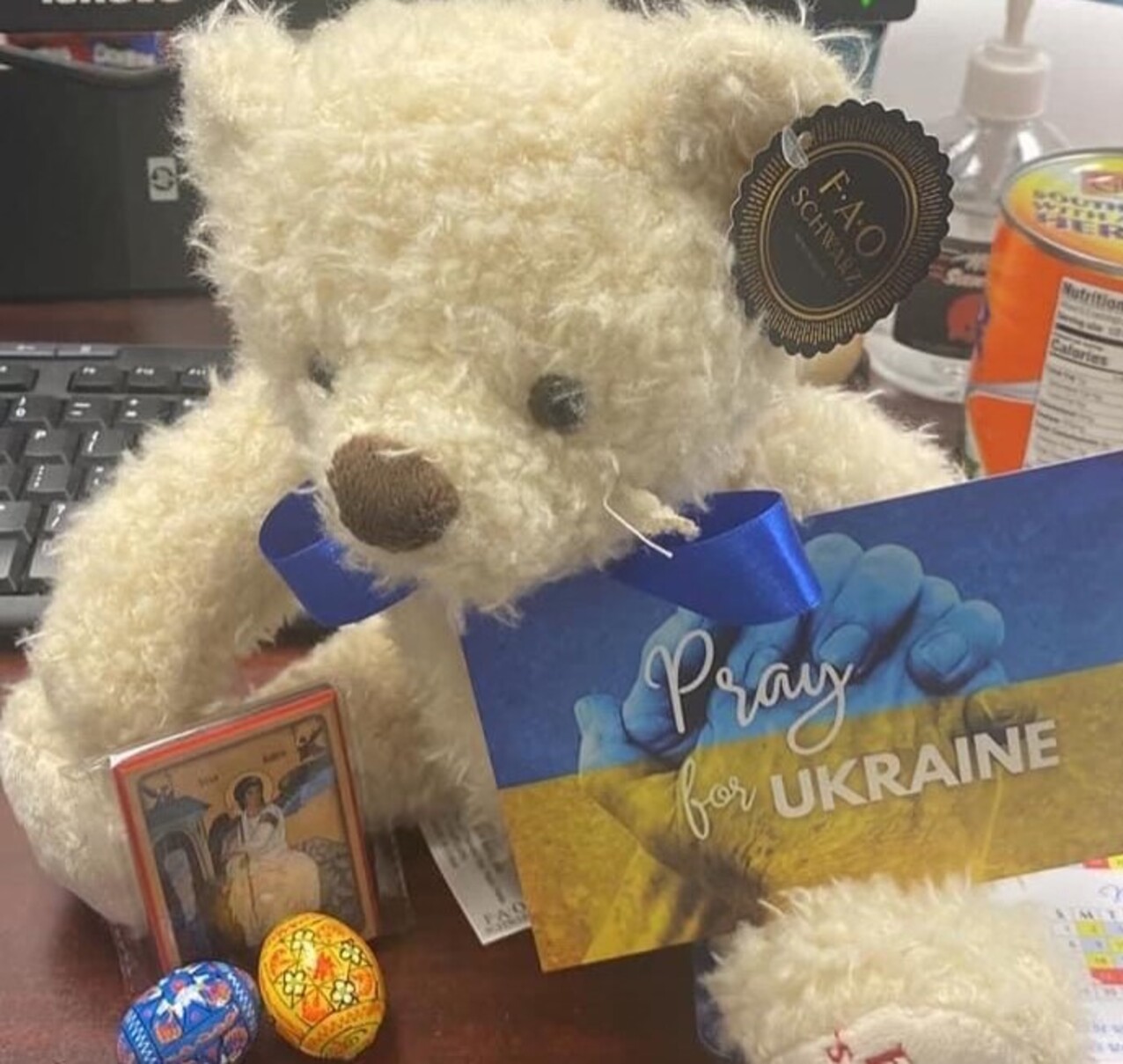 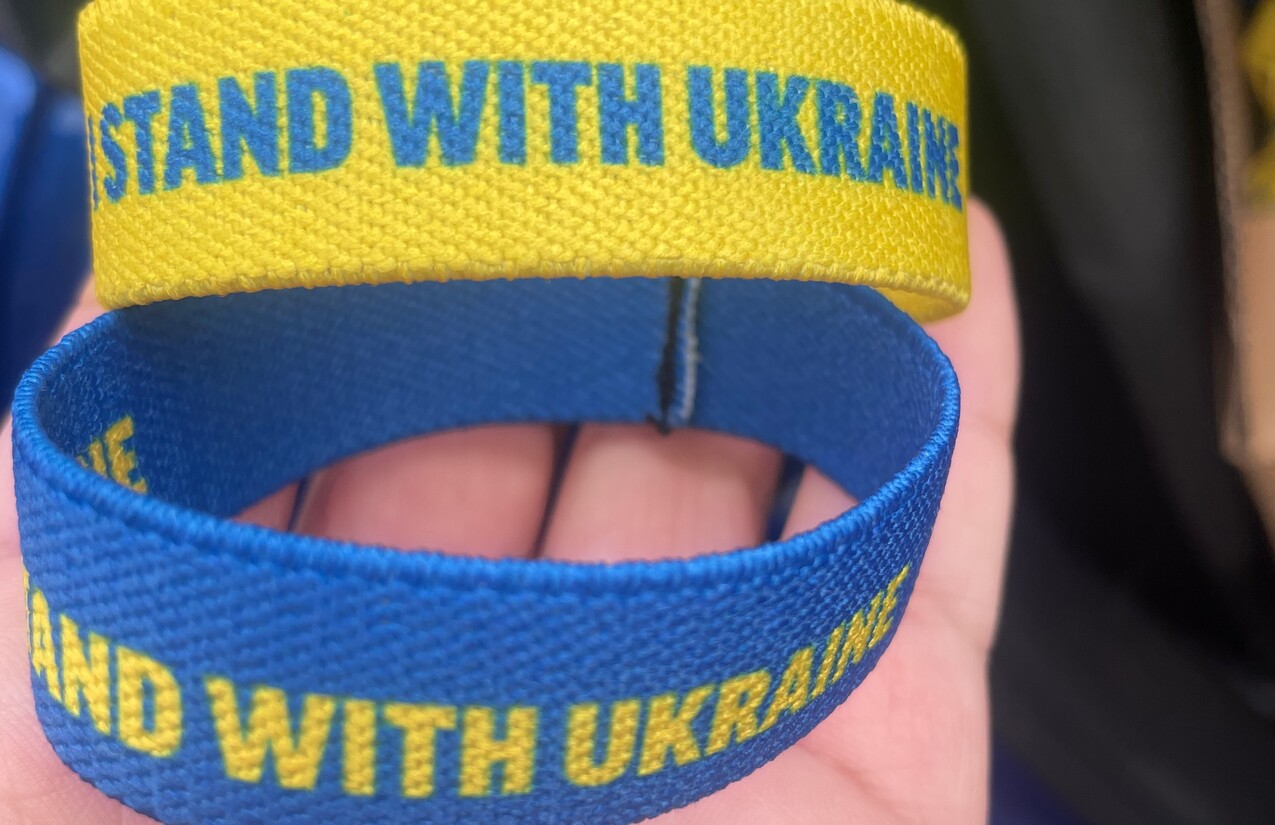 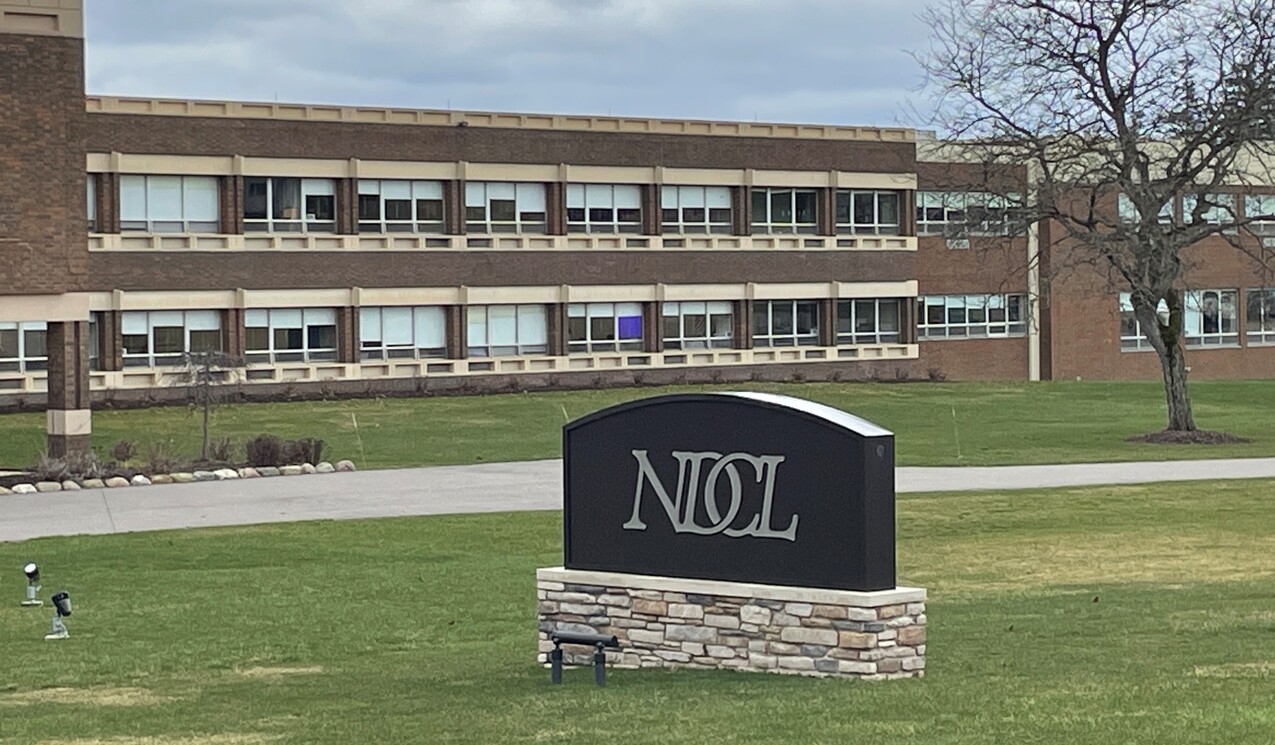 The Eugene and Barbara Trela Dining Commons at Notre Dame-Cathedral Latin School in Chardon was a beehive of activity for two days recently as students, faculty, parents and others rolled up their sleeves to help raise funds for Ukrainian refugees. (See photo gallery above.)

The project was the brainchild of NDCL President Joseph Waler and the effort raised more than $22,000.

“The students and teachers wanted to do something to help Ukraine,” Waler said. “And we wanted to go beyond donating money in order to dress down.”

Waler said students have done several projects and benefits over the years, but this was the first time they were involved in a cookie-making project. Some parents and other adults volunteered to help, also.

The kitchen staff helped by preparing dough and refrigerating it. When dough ran out on the first day, the NDCL food class stepped in to make more dough. Teachers received signup sheets and a prescribed number of students could volunteer for half of a class period. That gave a greater number of students an opportunity to be involved, Waler said.

As they rotated in, the new crew gathered with Waler for prayer before being dispatched to their work stations. They also received a prayer card for Ukraine.

“Be sure to put on an apron,” Waler cautioned, pointing out that “flour and your school uniforms don’t go well together.”

Students lined both sides of several long tables that were dusted with flour. They floured their hands and the rolling pins. Some volunteers got balls of chilled dough that they rolled out until it was thin enough to almost see the table surface. Then the dough was cut into a square and another group of students cut the squares into strips about 3-3½ inches long and about 1-1¼ inches wide. A slit about ½ inch long was cut into the middle of each strip. Volunteers carefully picked up each strip and pulled the dough through the hole before carefully placing each one onto a large baking sheet covered with parchment. Another parchment sheet was placed on each layer of cookies and they were stored in a large refrigerator until the kitchen staff dropped them into hot oil to fry, drained them and tossed them with powdered sugar.

The finished cookies were placed in clear plastic packages and stacked on racks awaiting pickup. Waler said about 30 cookies were in each box. The cookies were sold by pre-order only.

While there was no set price, there was a requested minimum donation of $7 per box. “Most buyers donated much more,” Waler said, noting one person gave a $450 donation.

NDCL also contacted local Ukrainian churches that made pierogi and purchased as many dozen as they could, reselling them for a minimum requested $15 donation per dozen.

“People were looking for somewhere to give, some way to help,” said Sister Michelle Kelly, SND, director of the school’s academic success center. In addition to the angel wings and pierogi sales, students could purchase a Pray for Ukraine” post card for a minimum $1 donation and write their name and a message on it. The post cards were taped to the windows in the dining commons. Each student who purchased a post card received a ticket for a basket raffle. The basket was filled with Ukrainian-themed items like elaborately decorated eggs, a stuffed bear, candy, T-shirt and more.

The school also prayed for Ukraine and the Ukrainian people during a recent school Mass.

Waler said he was humbled by the outpouring of support for the project.

“It was a touchstone for people of generosity,” he added.