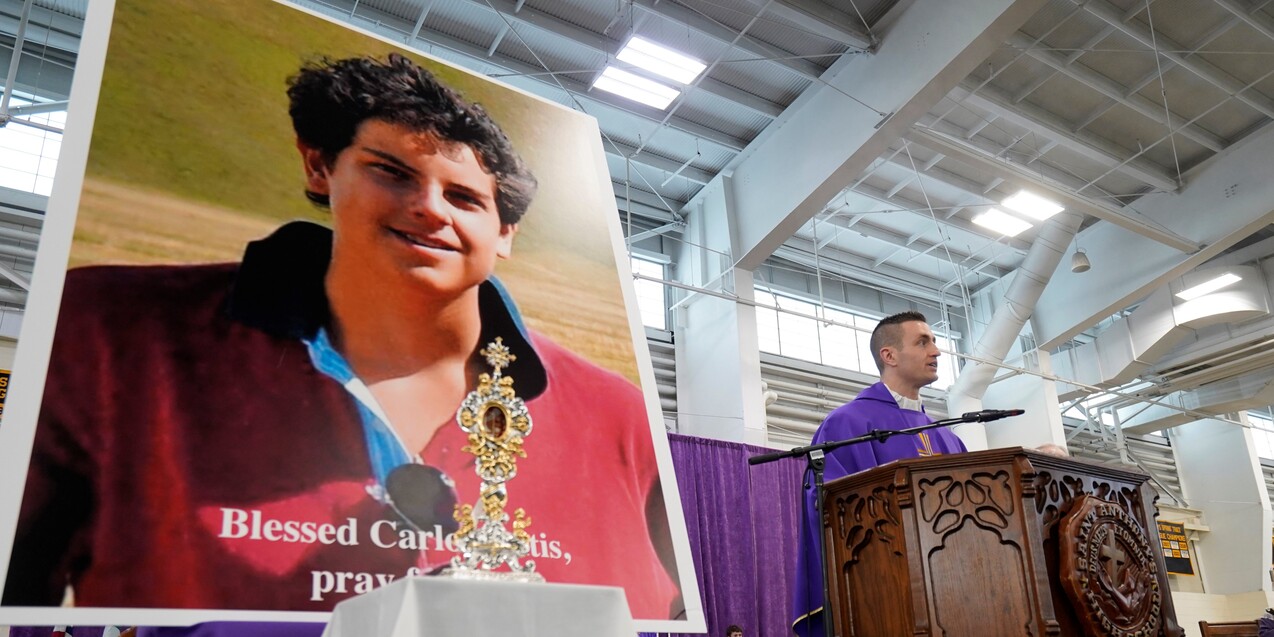 The Catholic Diocese of Cleveland is preparing – along with dioceses across the country – for the three-year national Eucharistic Revival, which will launch on June 19, the feast of Corpus Christi, the solemnity of the Most Holy Body and Blood of Christ. A relic of Blessed Carlo Acutis will be part of the Revival and there will be opportunities for the faithful to venerate the relic.

The United States Conference of Catholic Bishops was presented with a relic of Blessed Carlo by Archbishop Domenico Sorrentino of the Diocese of Assisi-Nocera Umbra-Gualdo Tadino in Italy. Because of his devotion to the Eucharist, he is one of the intercessors for the Revival, a multi-year initiative by the bishops of the United States to reinvigorate devotion in the real presence of Jesus in the Eucharist.

Blessed Carlo Acutis was an Italian teenager who used technology to spread devotion to the Eucharist before his death in 2006 at age 15 from leukemia. He offered his sufferings for the Church and for the Holy Father. Pope Francis has called him a role model for young people. He was beatified in 2020.

On April 7, Archbishop Sorrentino presented Blessed Carlo’s pericardium, a first-class relic, to the bishops’ conference for the Eucharistic Revival. Cardinal Timothy M. Dolan, archbishop of New York, and Bishop Joseph A. Espaillat, auxiliary bishop of New York, were joined by Archbishop Sorrentino for Mass and adoration of the Blessed Sacrament at St. Rita of Cascia – St. Pius V’s Church in the Bronx.

During the Mass, Cardinal Dolan received the relic on behalf of the USCCB who will be the guardian of the relic for the multi-year Revival initiative. Opportunities for the faithful throughout the United States to venerate Blessed Carlo’s relic as a part of the Revival will be made available, and information as it is finalized will be available here.

The full Mass during which the cardinal accepted the relic can be seen here on Facebook.