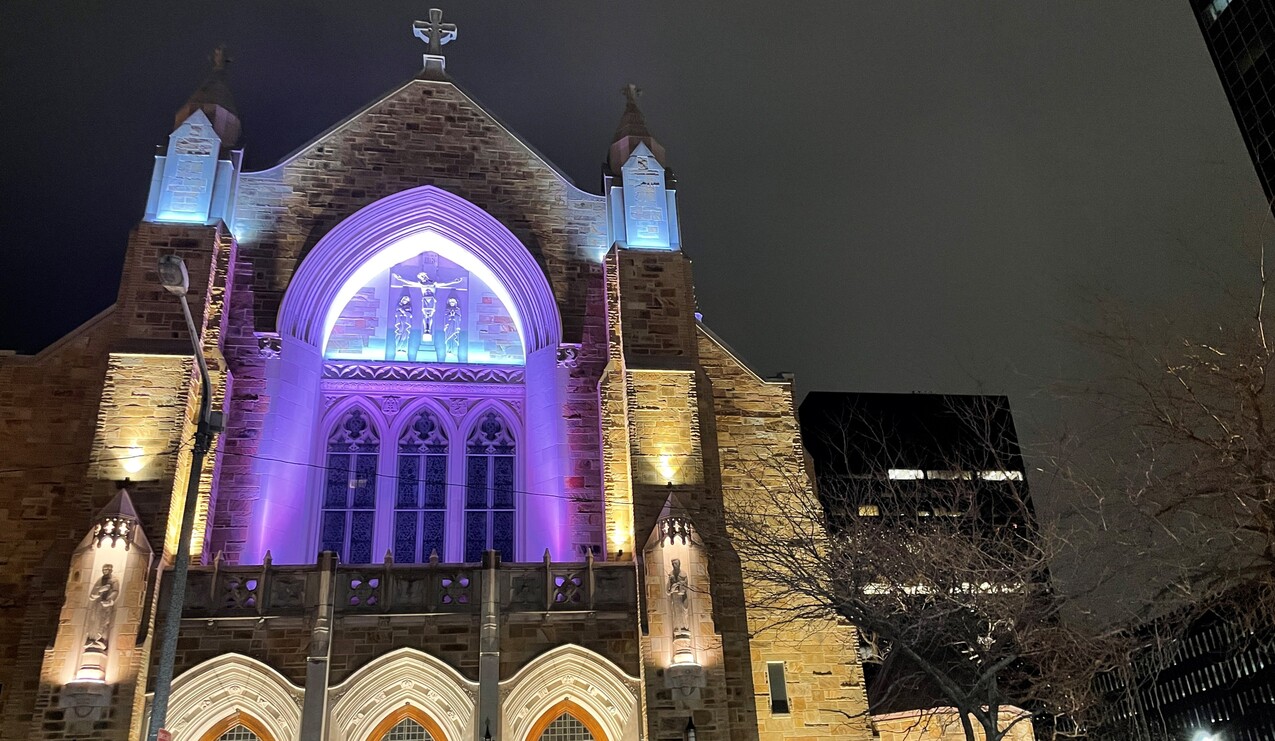 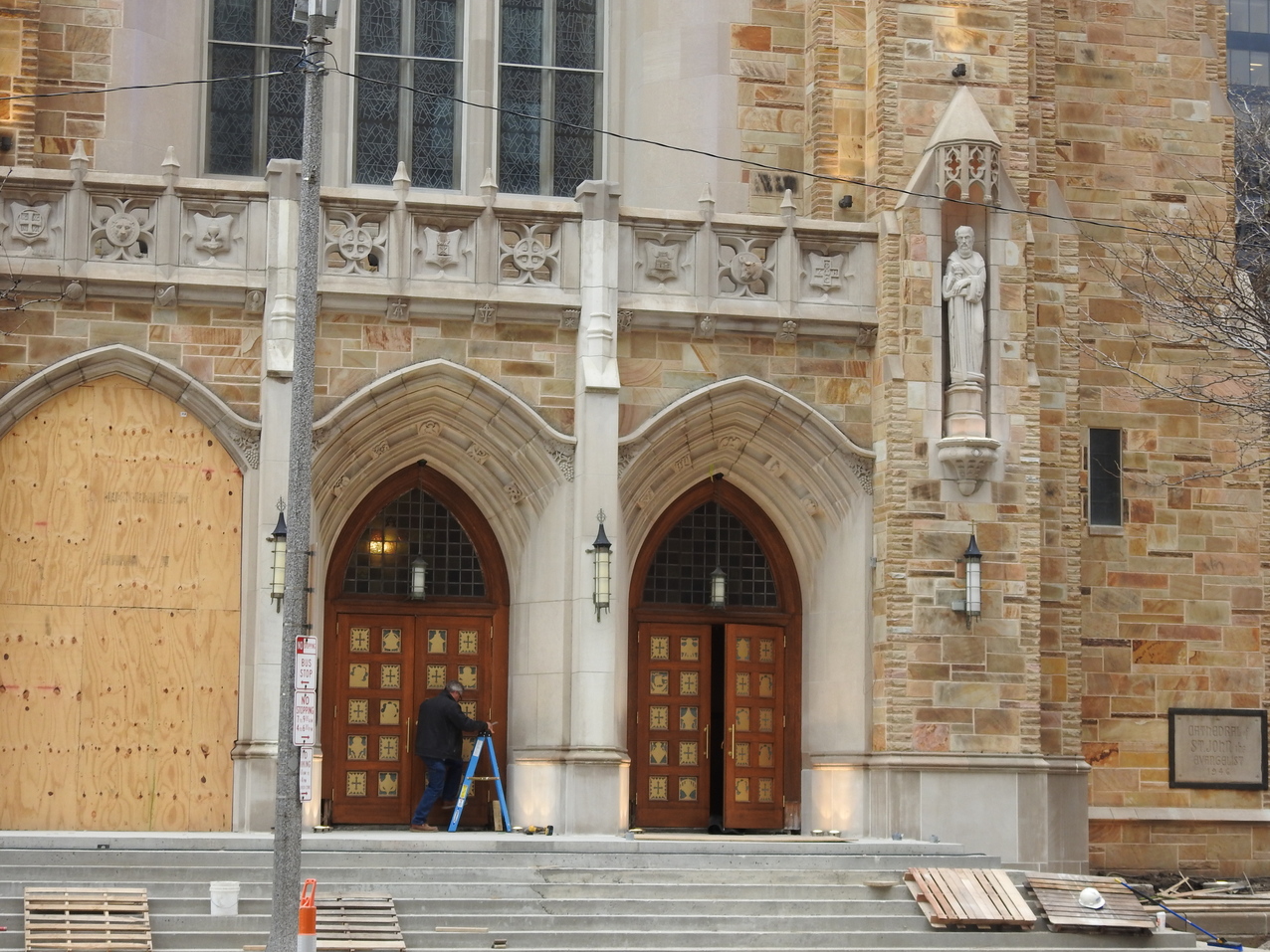 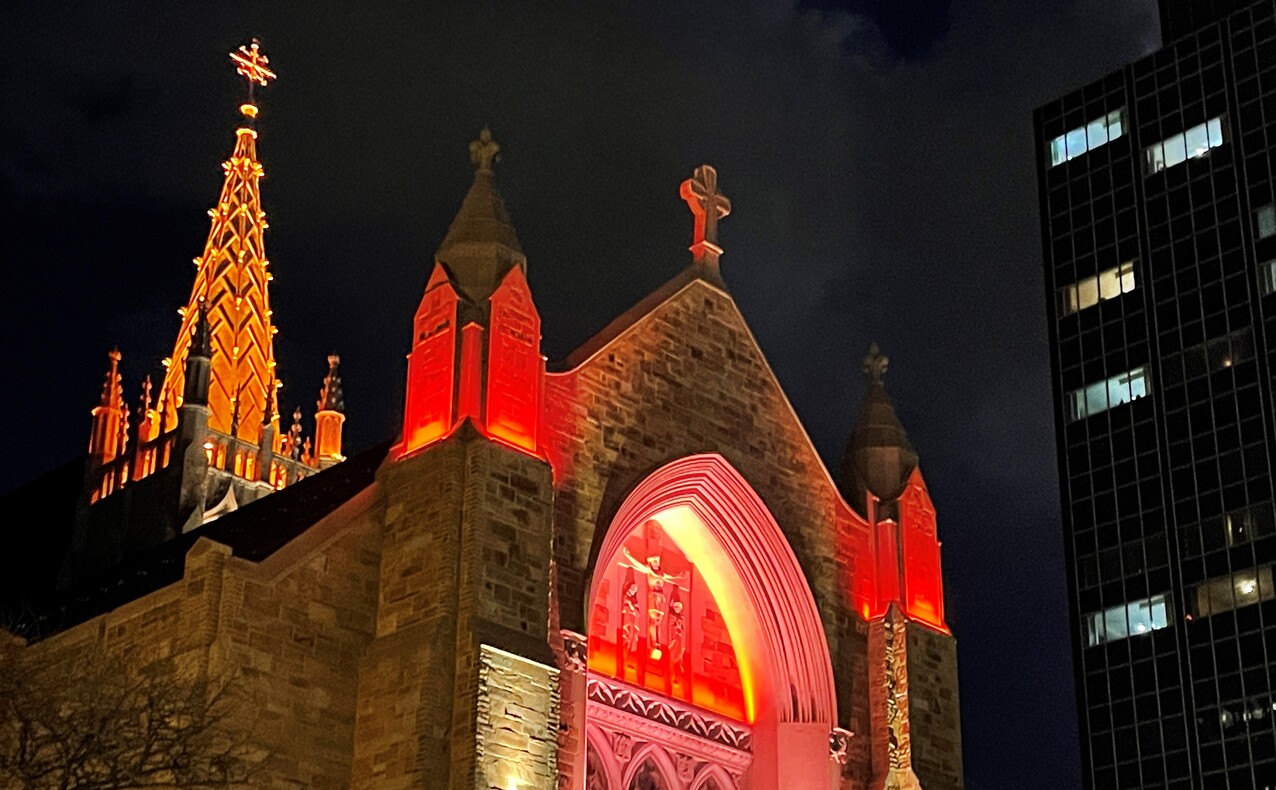 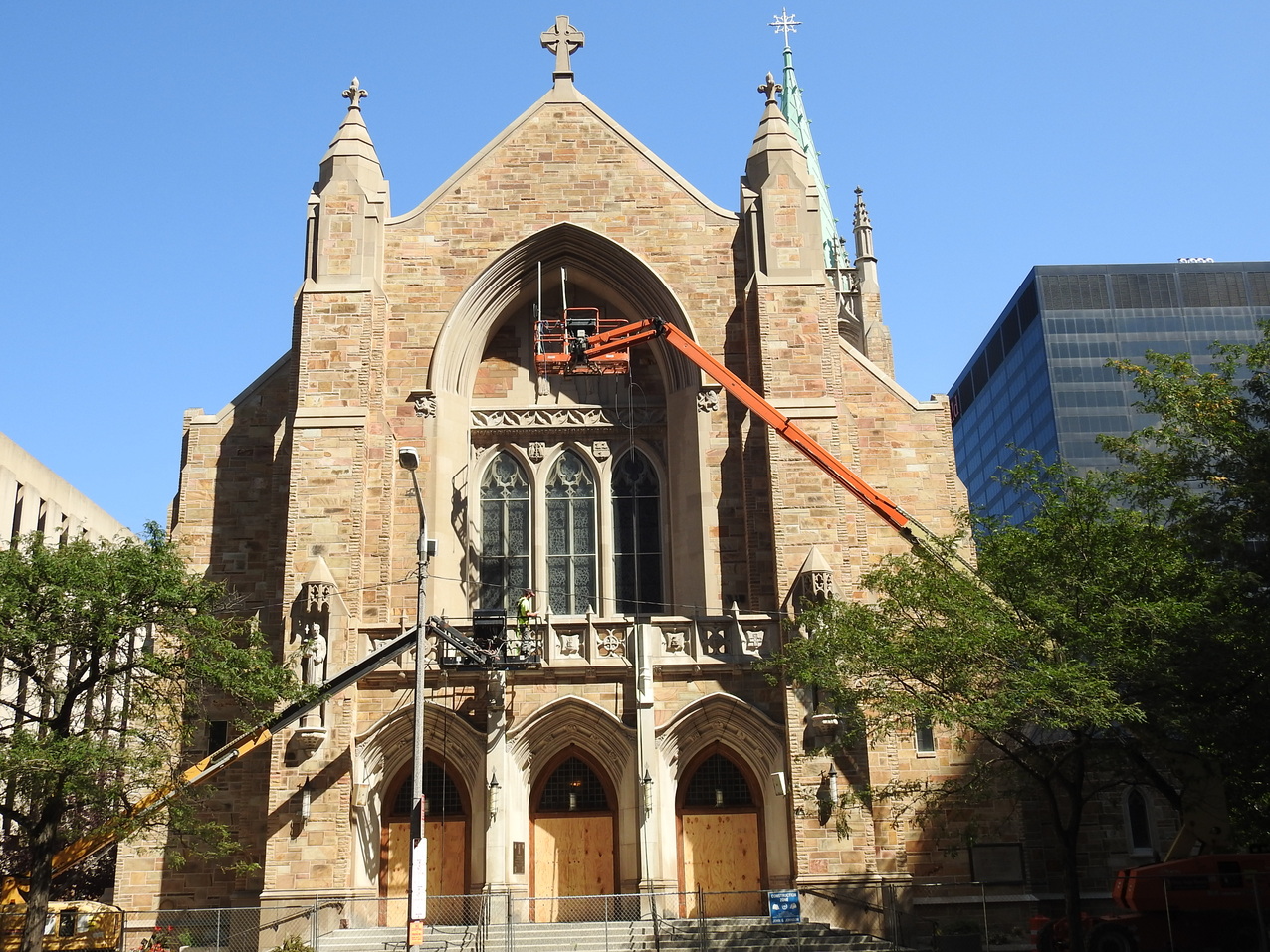 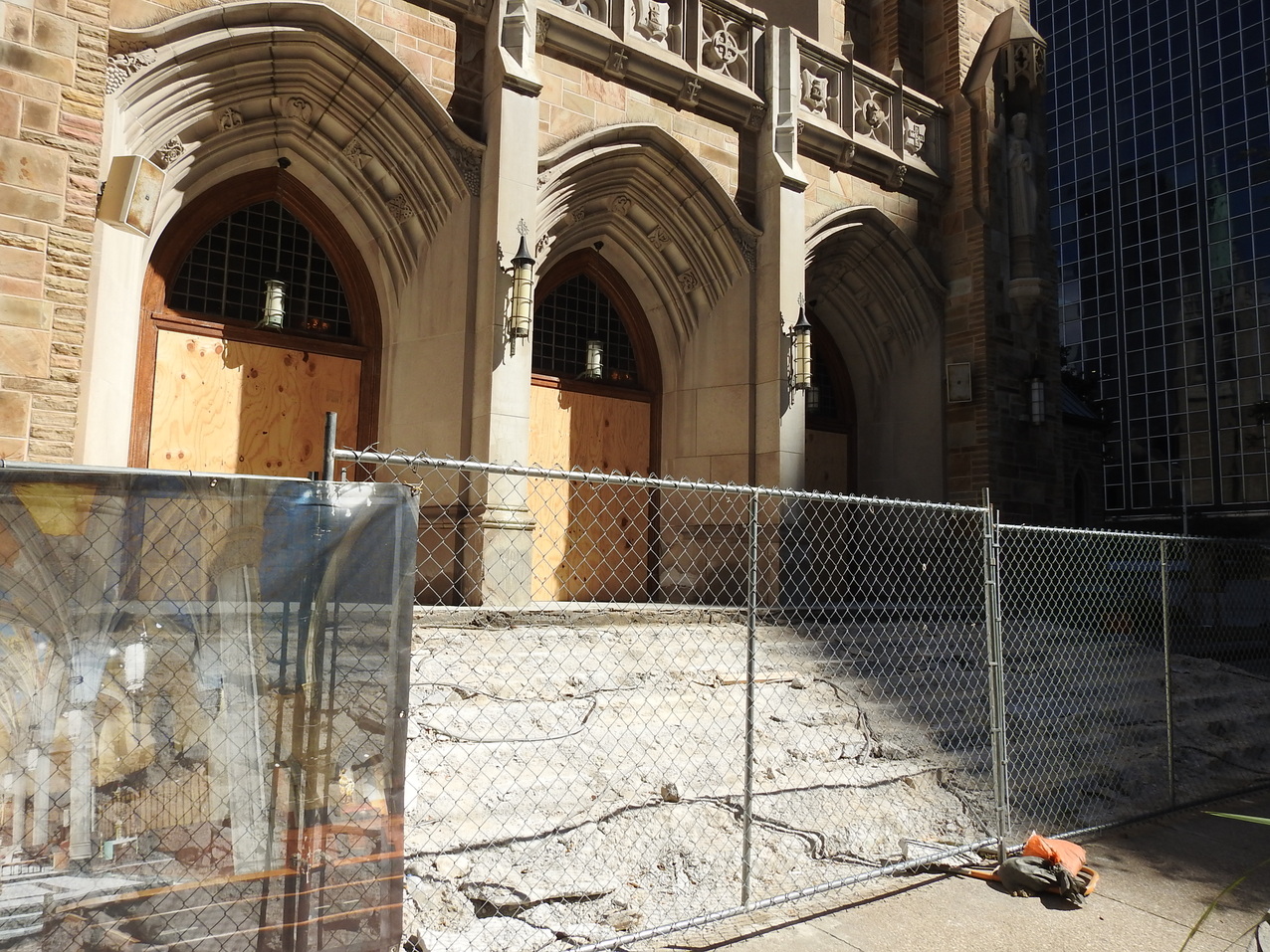 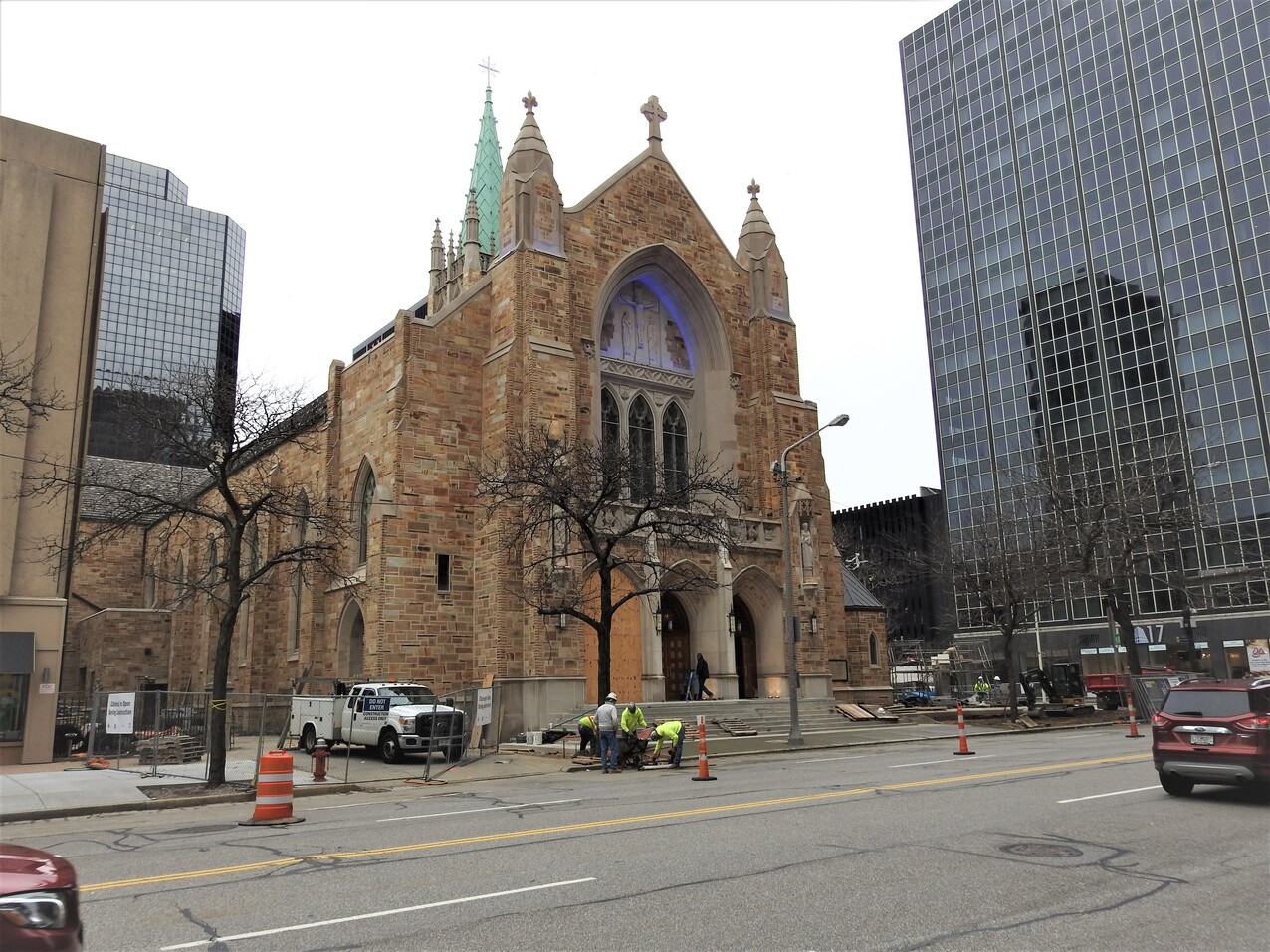 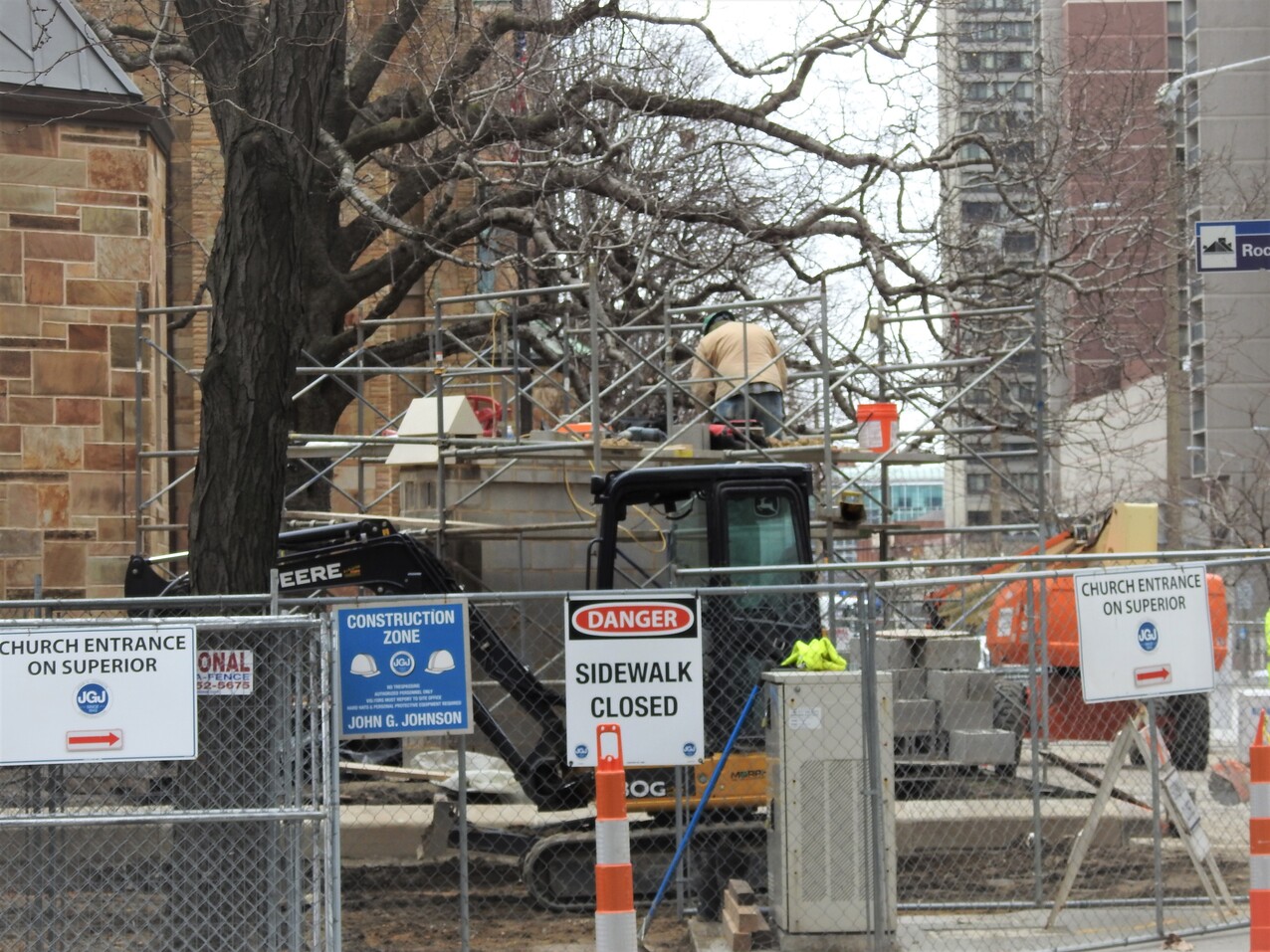 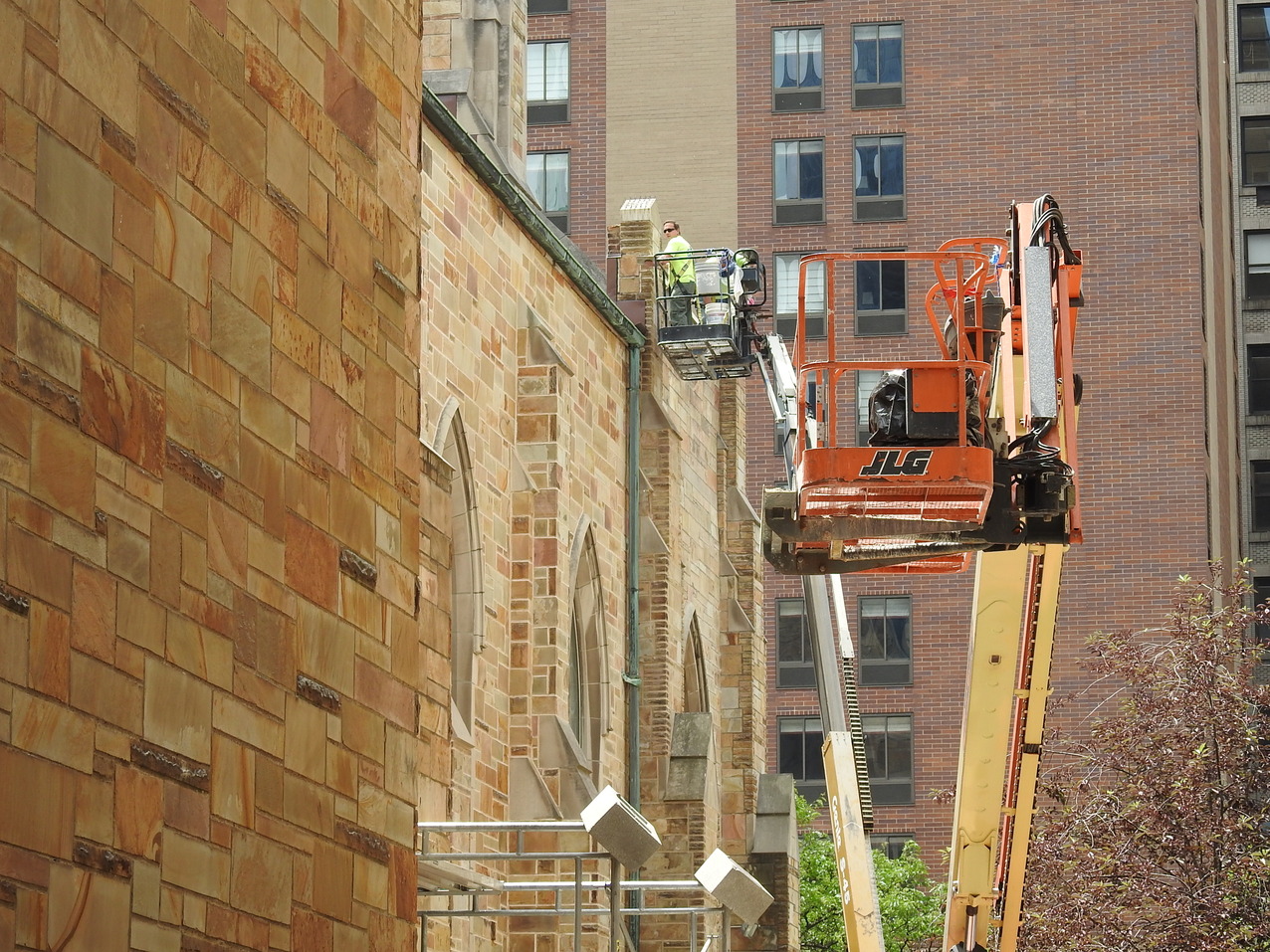 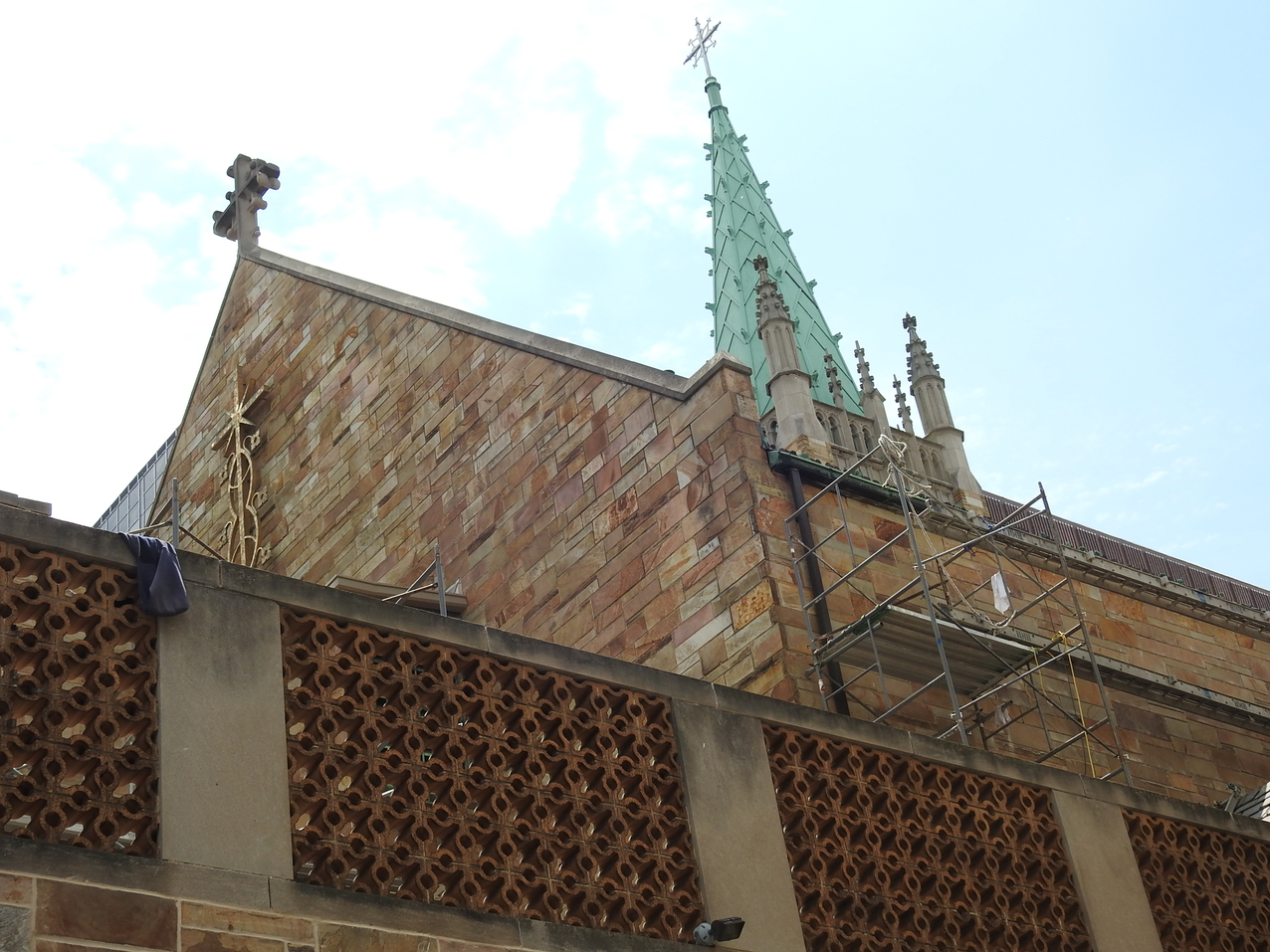 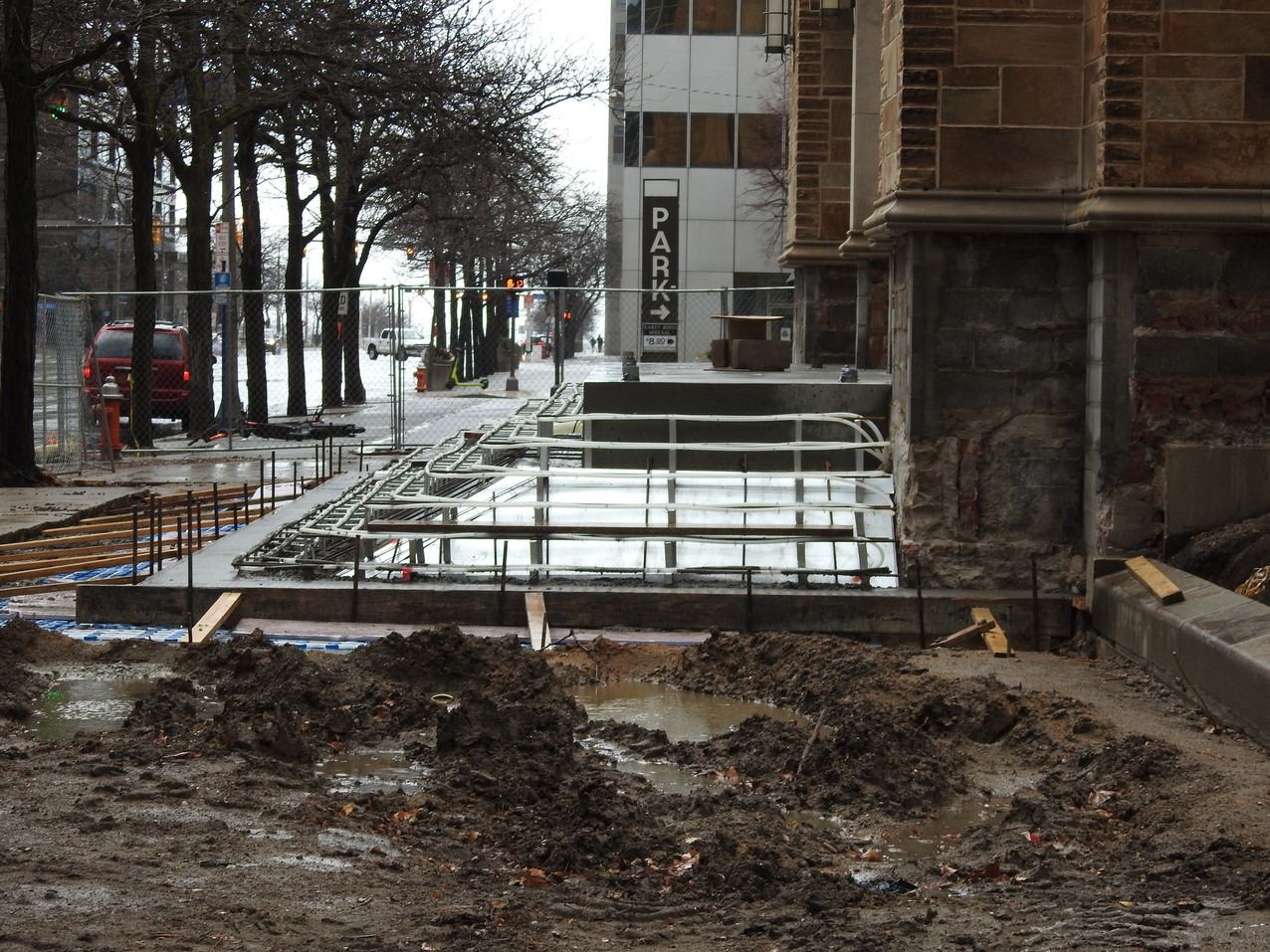 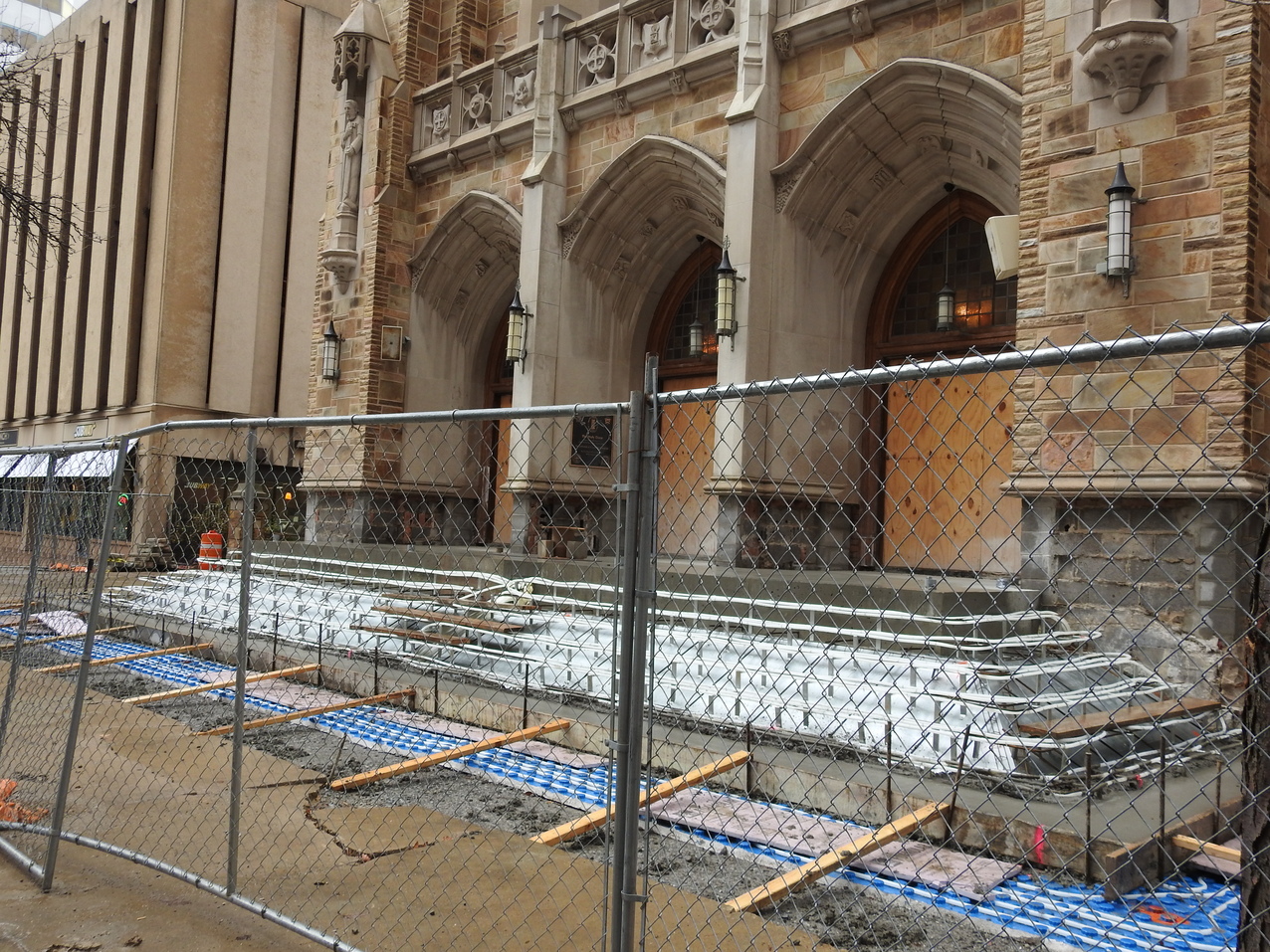 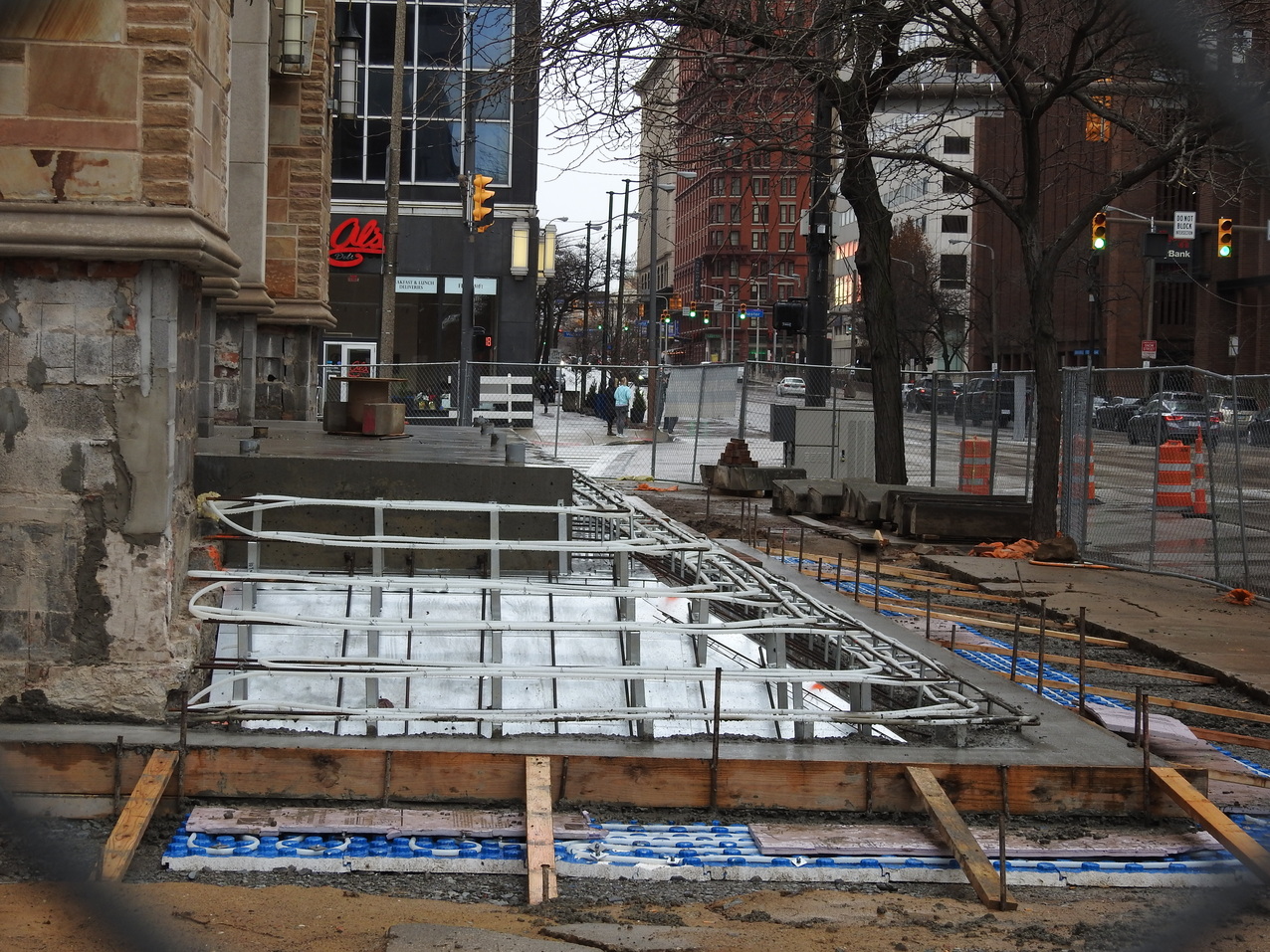 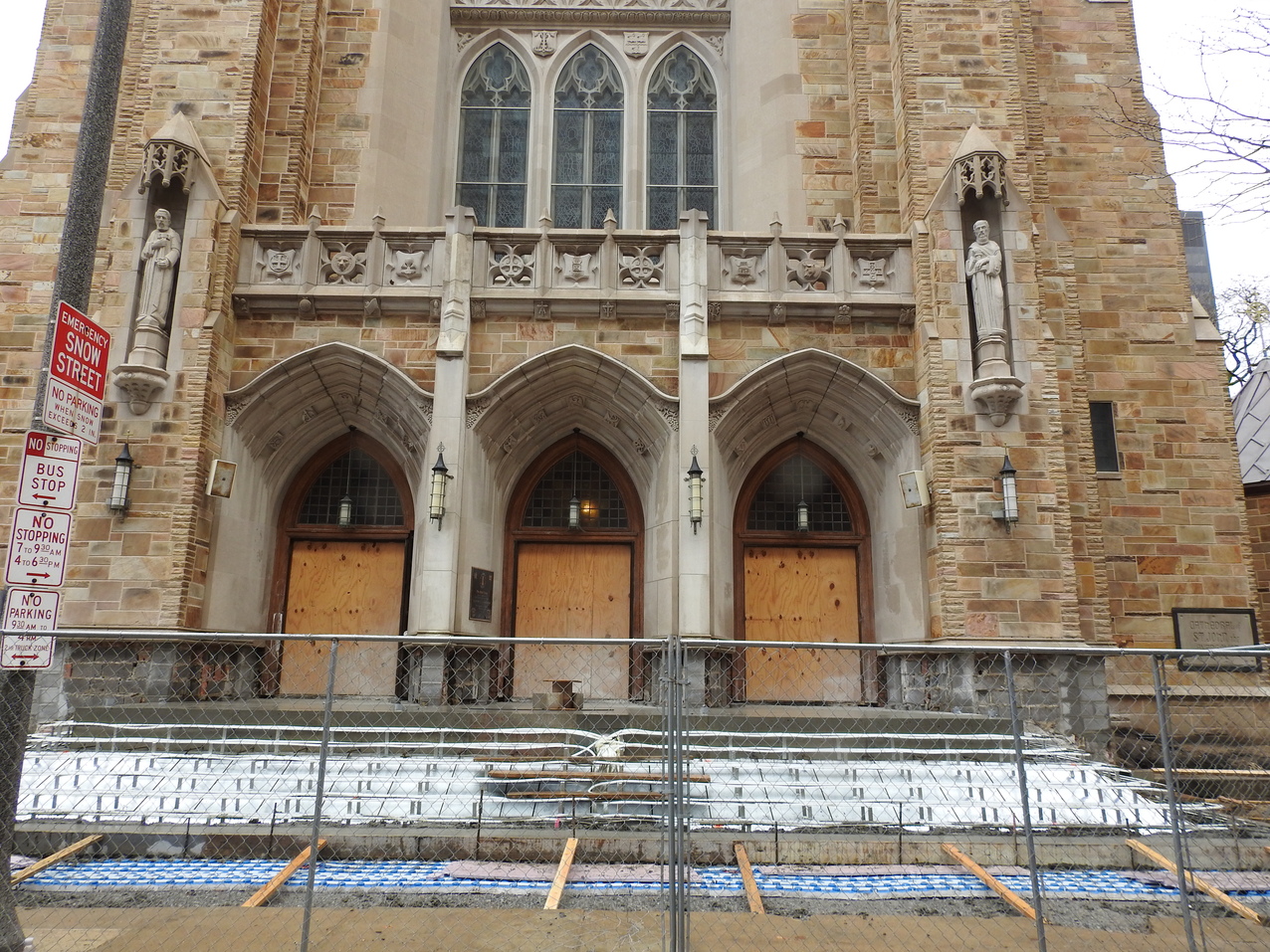 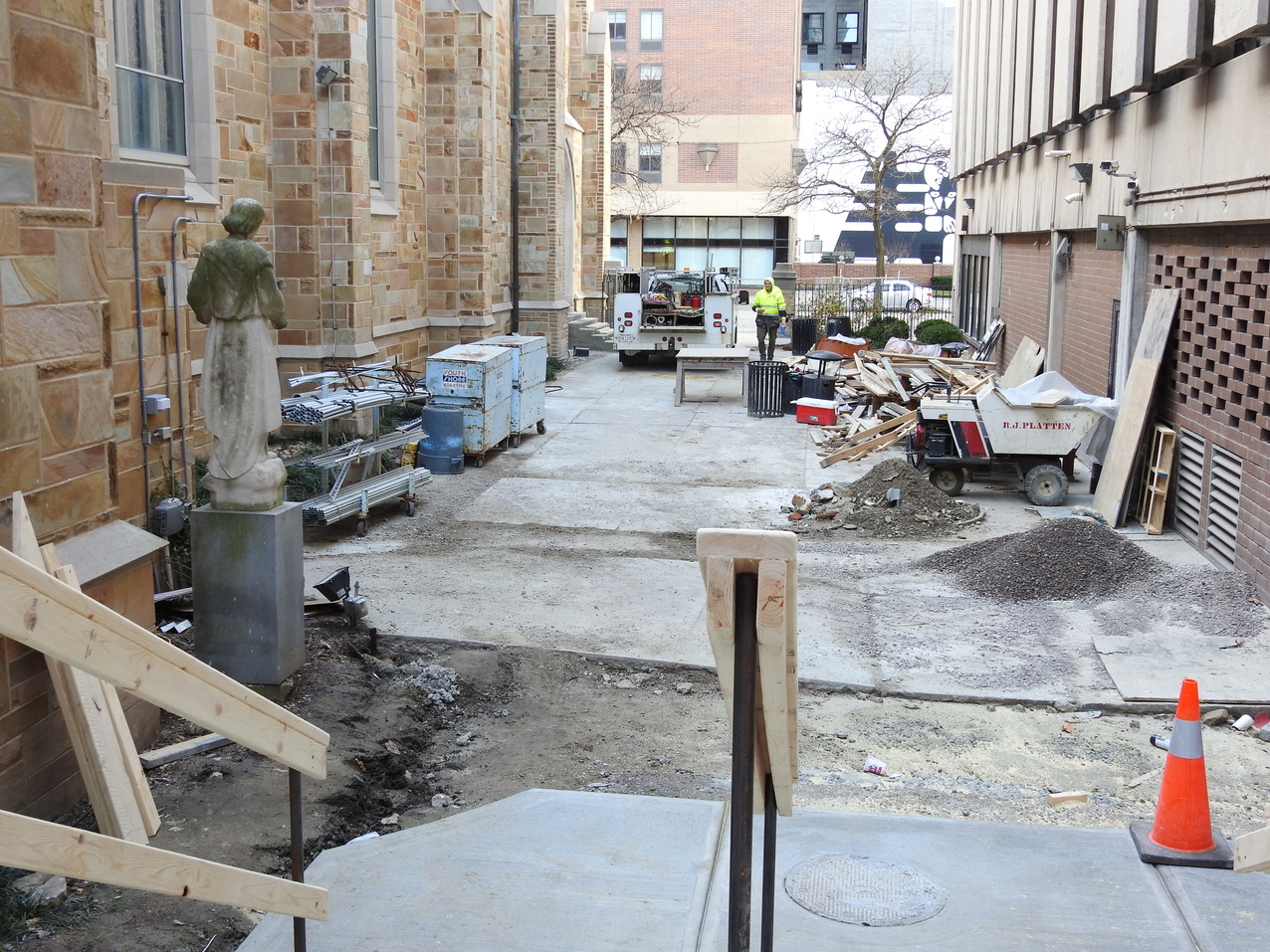 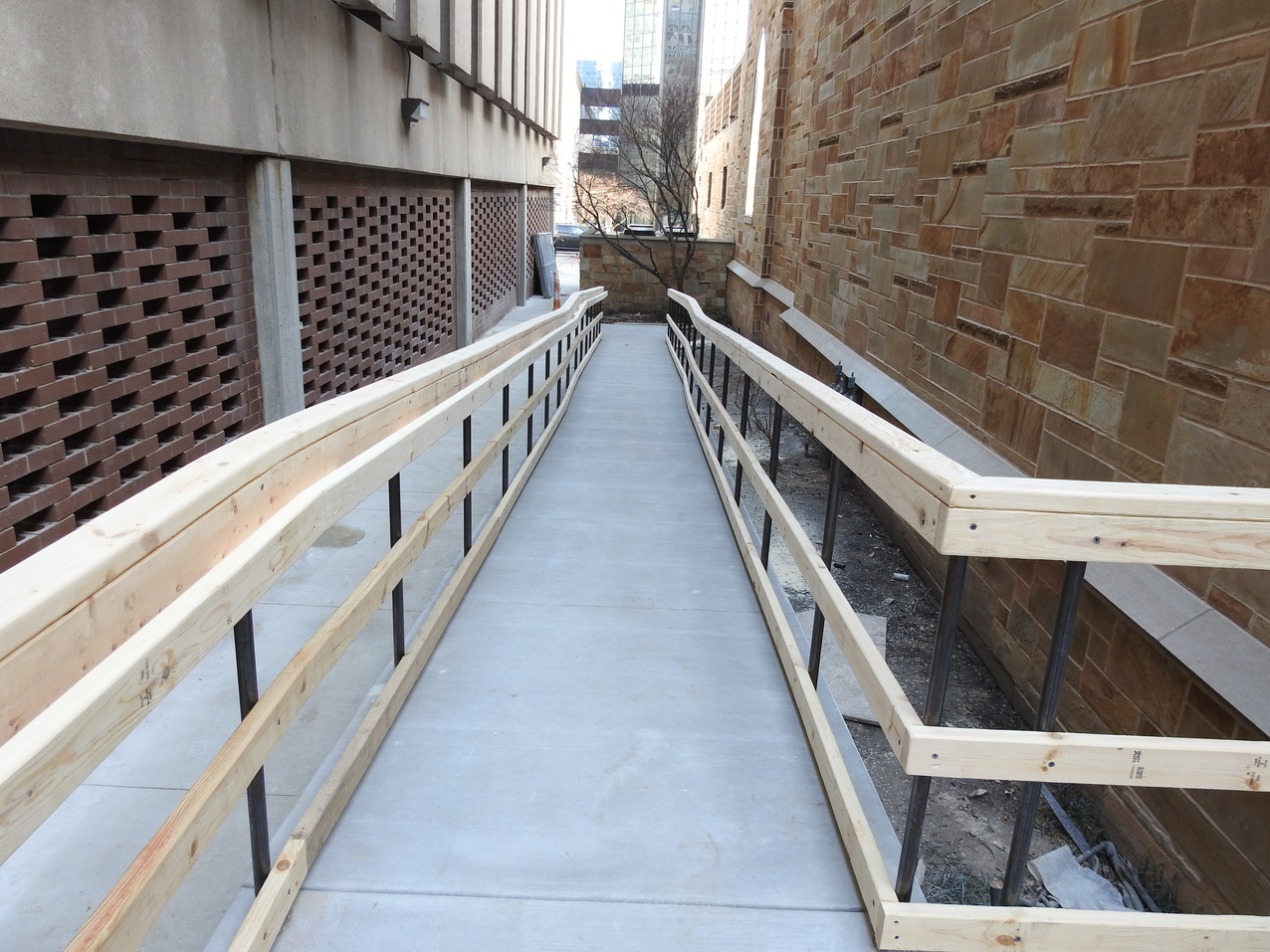 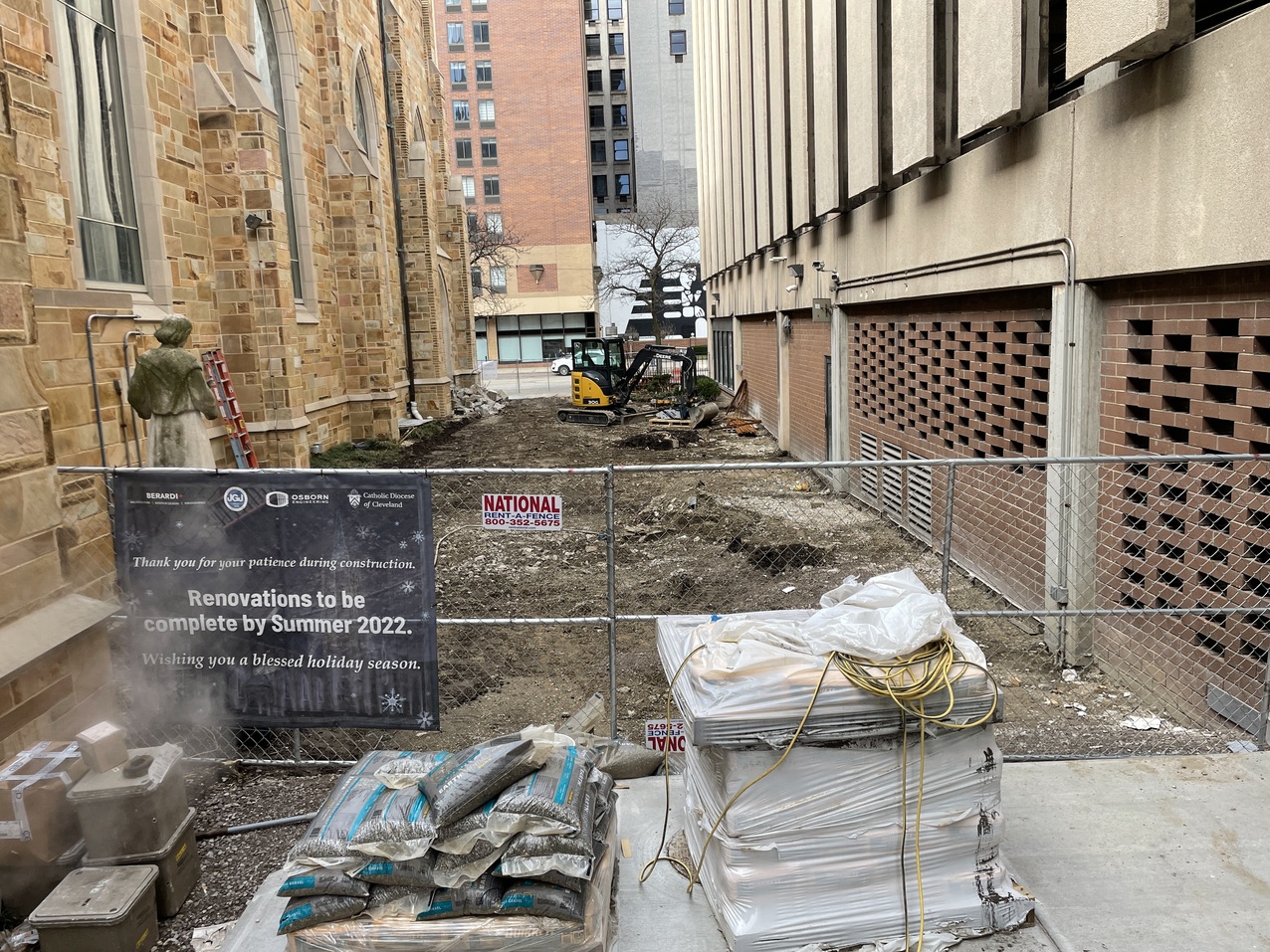 After a year of work, the end of an extensive exterior rehabilitation of the Cathedral of St. John the Evangelist is approaching, as the diocese marks its 175th anniversary.

Bill Brady of the Diocese of Cleveland Facilities Services Corp., which is overseeing the project, said much of the exterior work is in the final phase. It is the first major exterior work done on the structure since the expansion/reconstruction project that took place after World War II, 1946-1948. The original section of the cathedral was built 1848-1852, during the tenure of Bishop Amadeus Rappe, first shepherd of the diocese.

During the past year, all the cathedral’s exterior masonry and mortar were inspected, cleaned and repaired. Sealant is being applied to ensure the surfaces are watertight.

The front steps on East Ninth Street were removed, rebuilt and new granite surfaces will be installed. Brady said Bishop Edward Malesic, who has been staying apprised of the progress, had input on the granite selection.

“We hope the front entrance will be open again Memorial Day weekend,” Brady added. Once that happens, he said the Superior Avenue entrance would be closed for renovation. Sidewalks around the entire cathedral block are being replaced as a part of the project.

The entrance on the north side of the cathedral has been repaired and reopened. A new handicap ramp was installed. Permanent railings will be added, also.

Work continues on the courtyard on the north side of the church. Brady said demolition of the old courtyard is complete and the city has approved plans for that phase of the project. The new, gated courtyard will include three illuminated statues and a grotto for a statue of the Blessed Mother, as well as tables and chairs, fresh landscaping and lighting.

At the corner of East Ninth and Superior, something new to the cathedral -- a digital sign -- is being installed. Brady said work began on the sign a few weeks ago. Delivery of the exterior sandstone, which will match the cathedral, is expected next week. The sign will feature a cross at the top with a lighted medallion of St. John the Evangelist below.

“The sign will show Mass times, announcements, concert information and even will have the capability of showing the livestream of special liturgies in the cathedral,” Brady said, noting it will be possible to share the feed of perhaps an ordination Mass on the sign.

A major feature of the renovation is a new lighting exterior lighting scheme for the entire cathedral. Brady said they worked with one of the lighting designers for the Terminal Tower to develop the plan. He said the bell tower, front entrance, sides and back will be lighted. All four crosses on the church and the sides of the building can be illuminated in various shades of white and the lights can be dimmed.

“The lighting color on the tower and the west elevation (front entrance) can be changed,” Brady said. Diocesan staff and the lighting engineer experimented in recent weeks, using purple lights during part of Holy Week, red on Good Friday and changing to white for Easter.

“It is really striking,” Brady said of the lighting. “This will be one of the best lighting schemes in downtown – next to the Terminal Tower.”

As the major facets of the project wind down, Brady said landscaping will be replaced, including bushes, flowers and grass that were disturbed during the work,

Inside, the cathedral sound system was replaced to offer a much-improved sound experience for presiders, musicians and the faithful.

Brady said weather, the pandemic and supply chain issues slowed the work, but he is hopeful the project will be complete this summer.

Learn more about the history of the cathedral here.