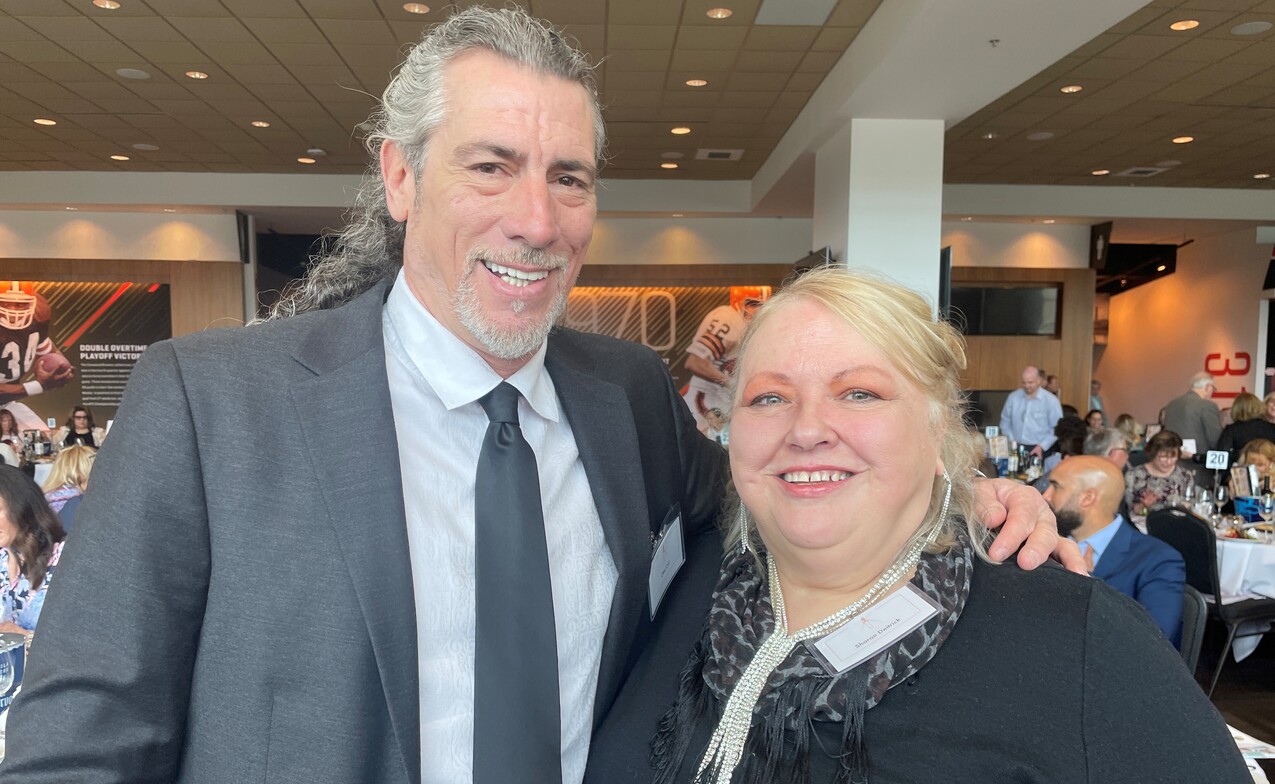 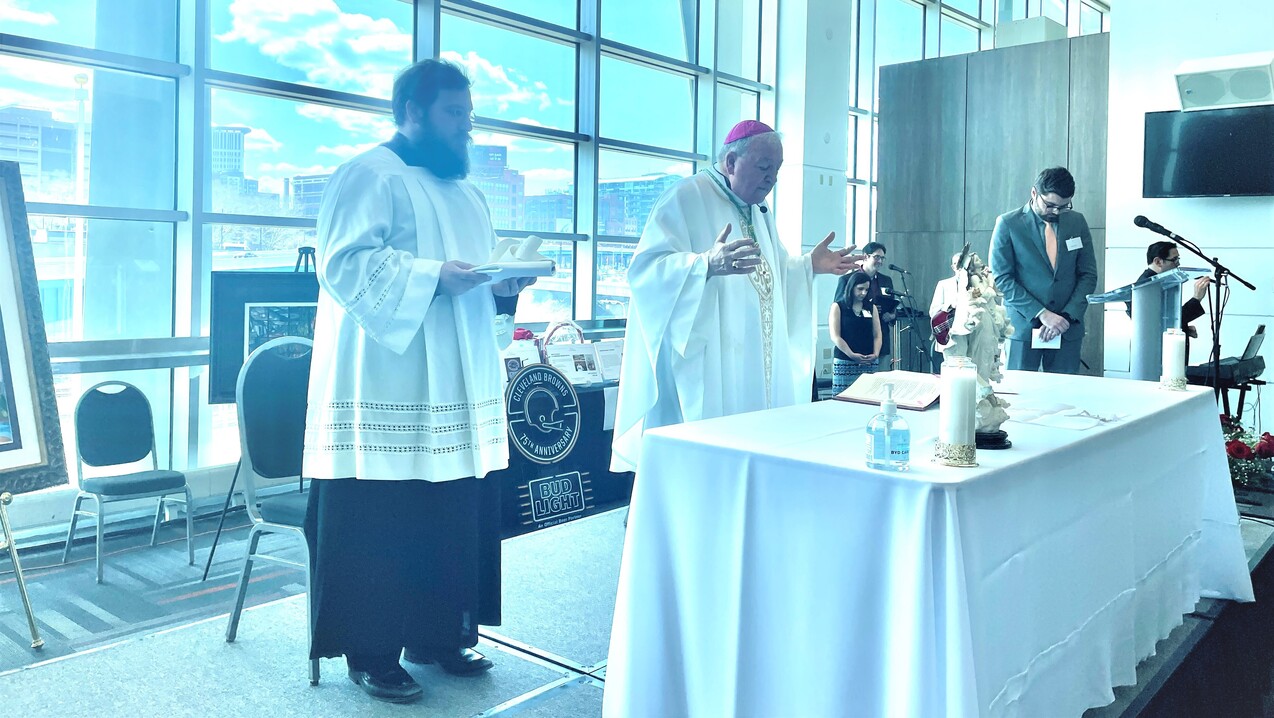 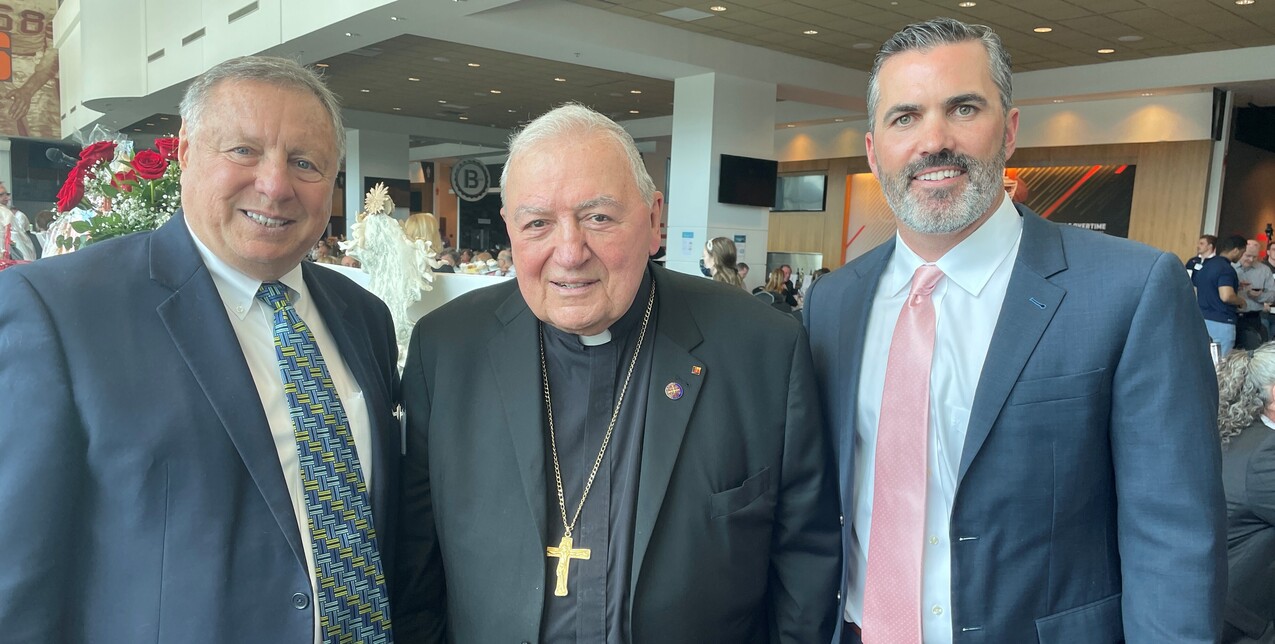 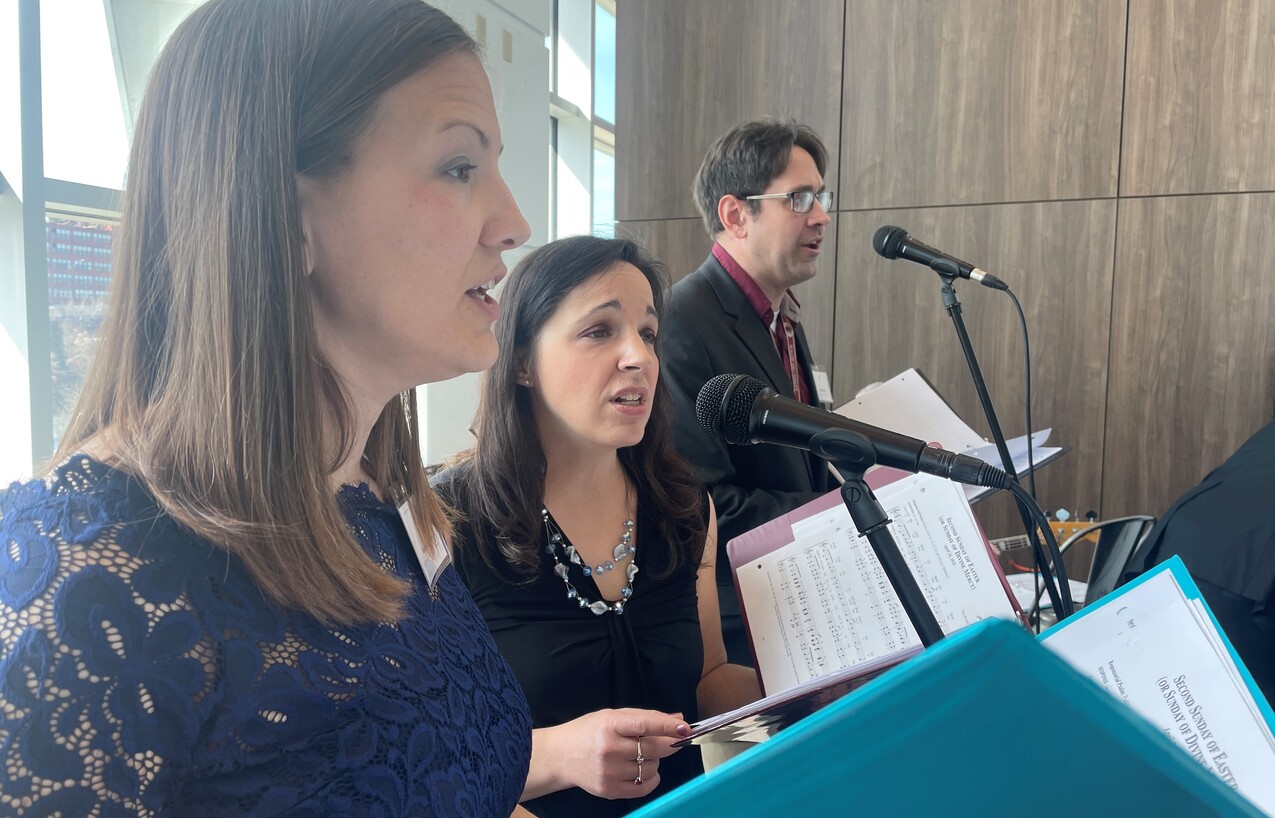 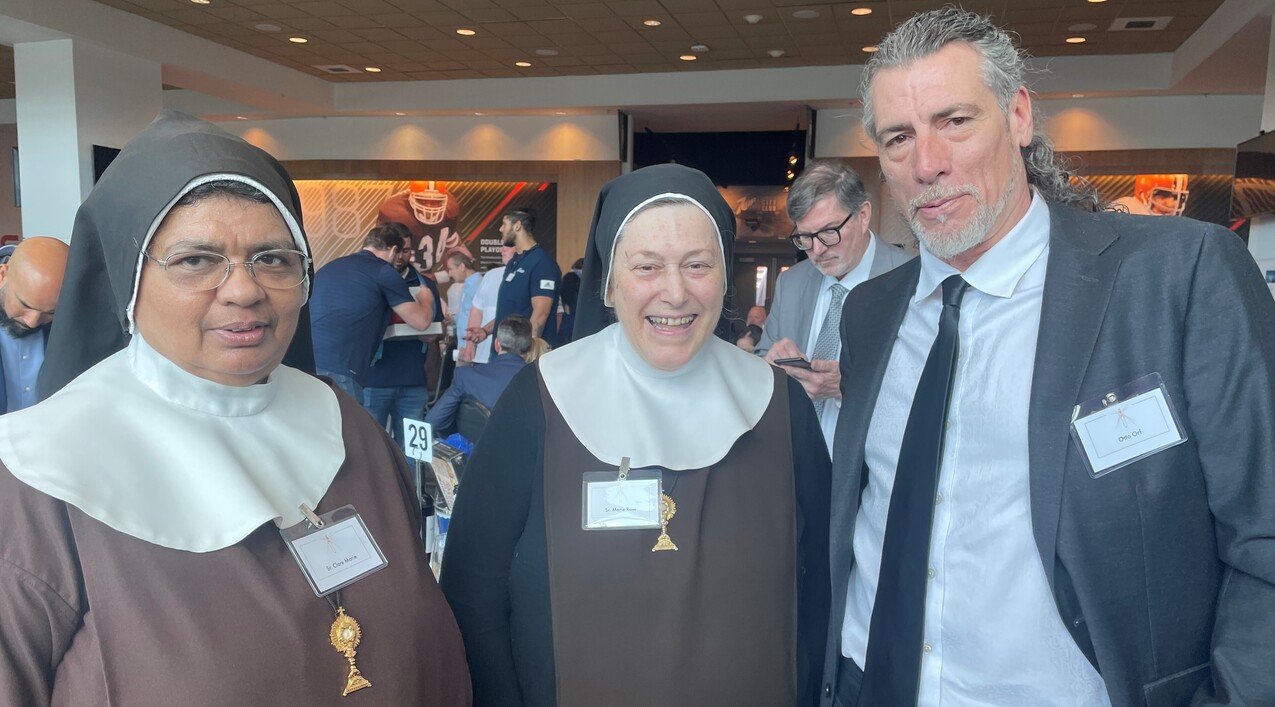 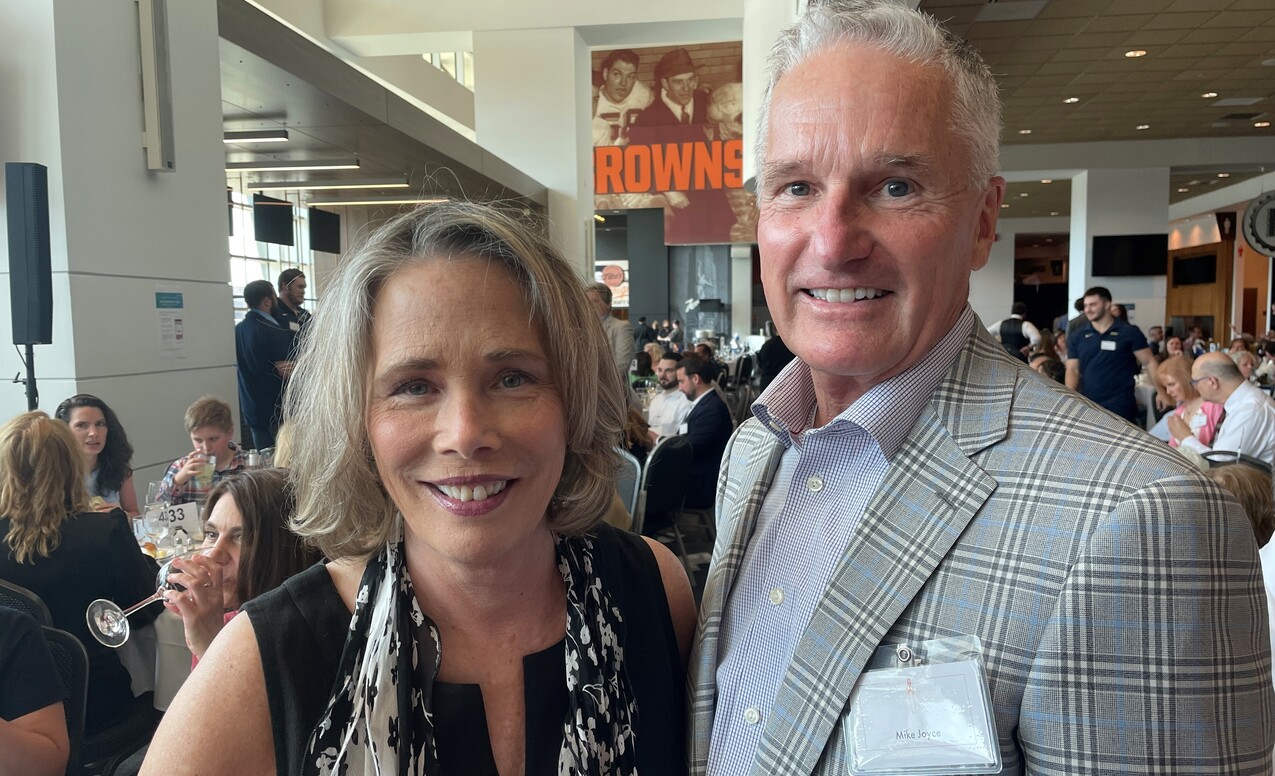 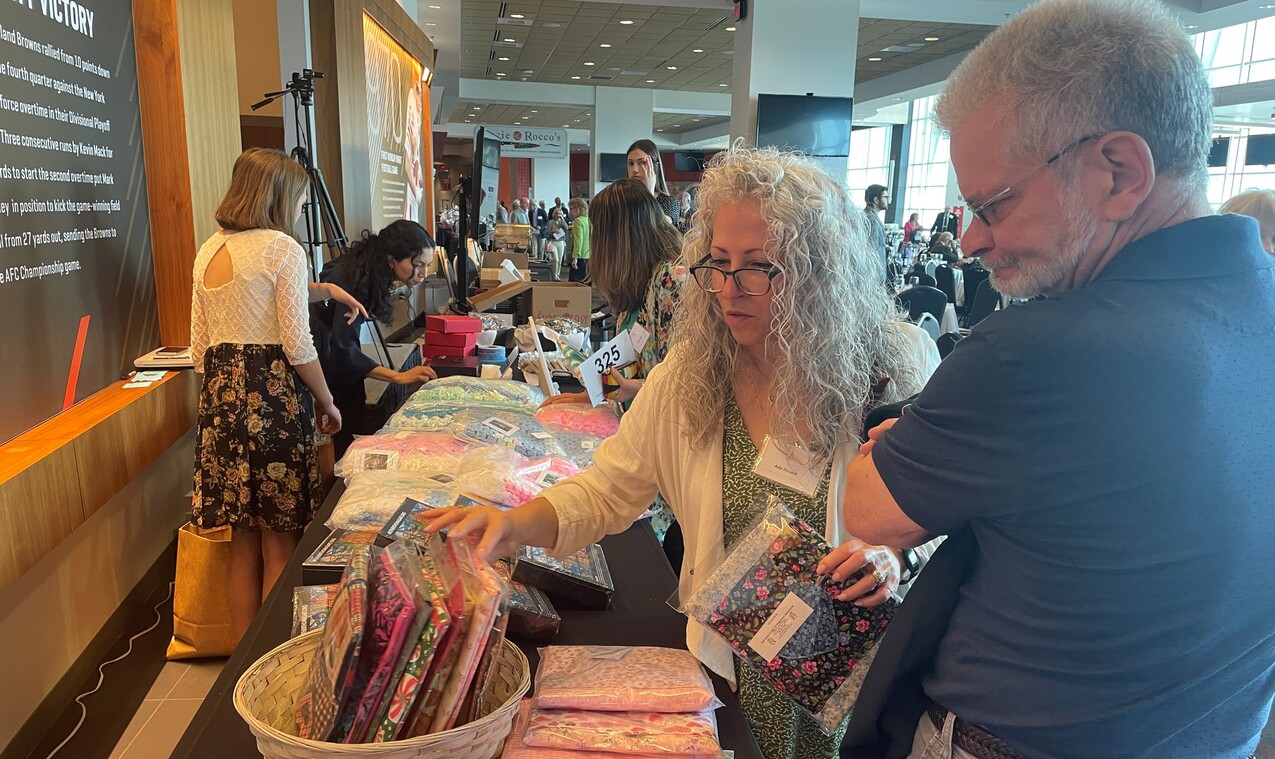 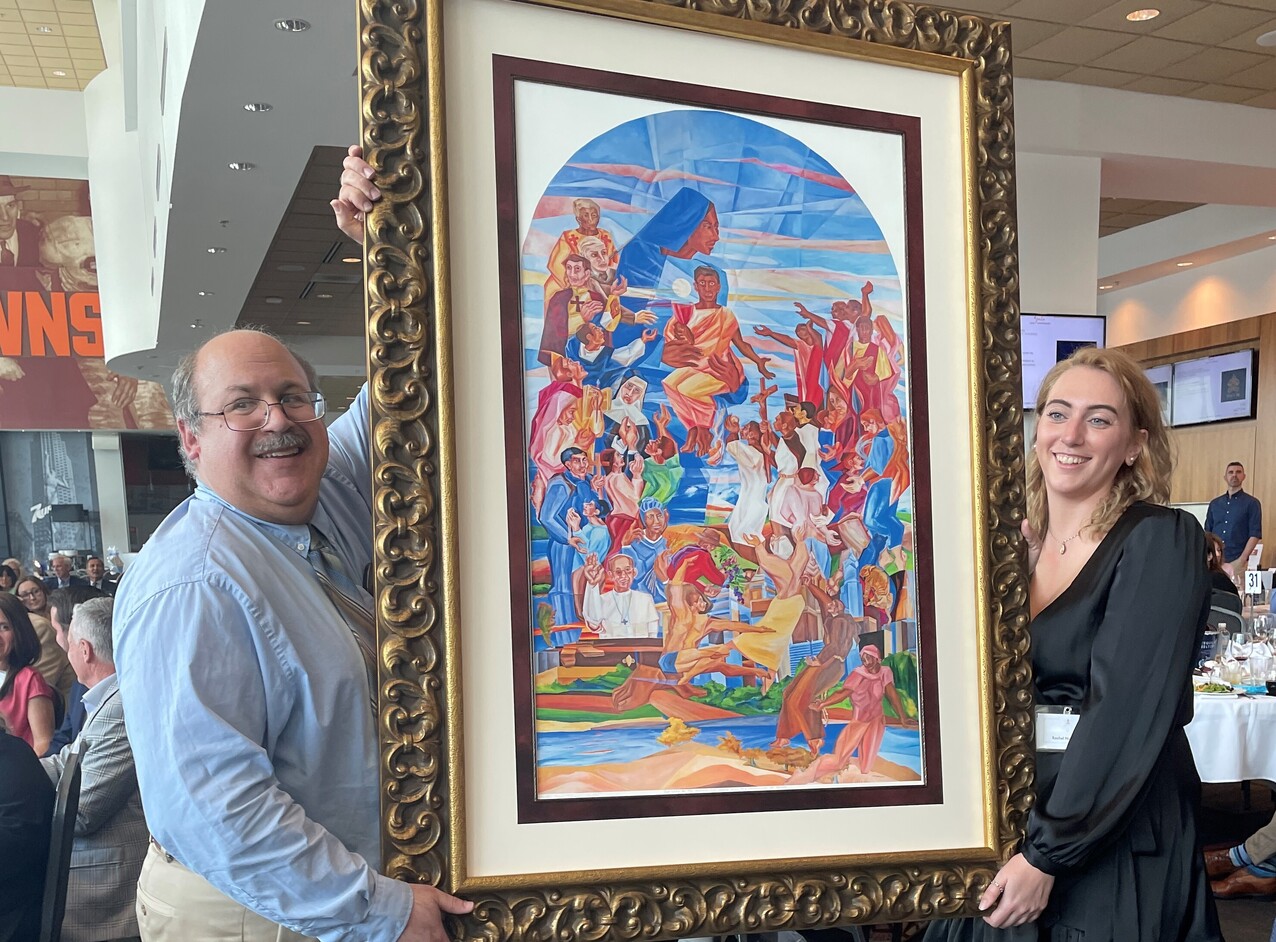 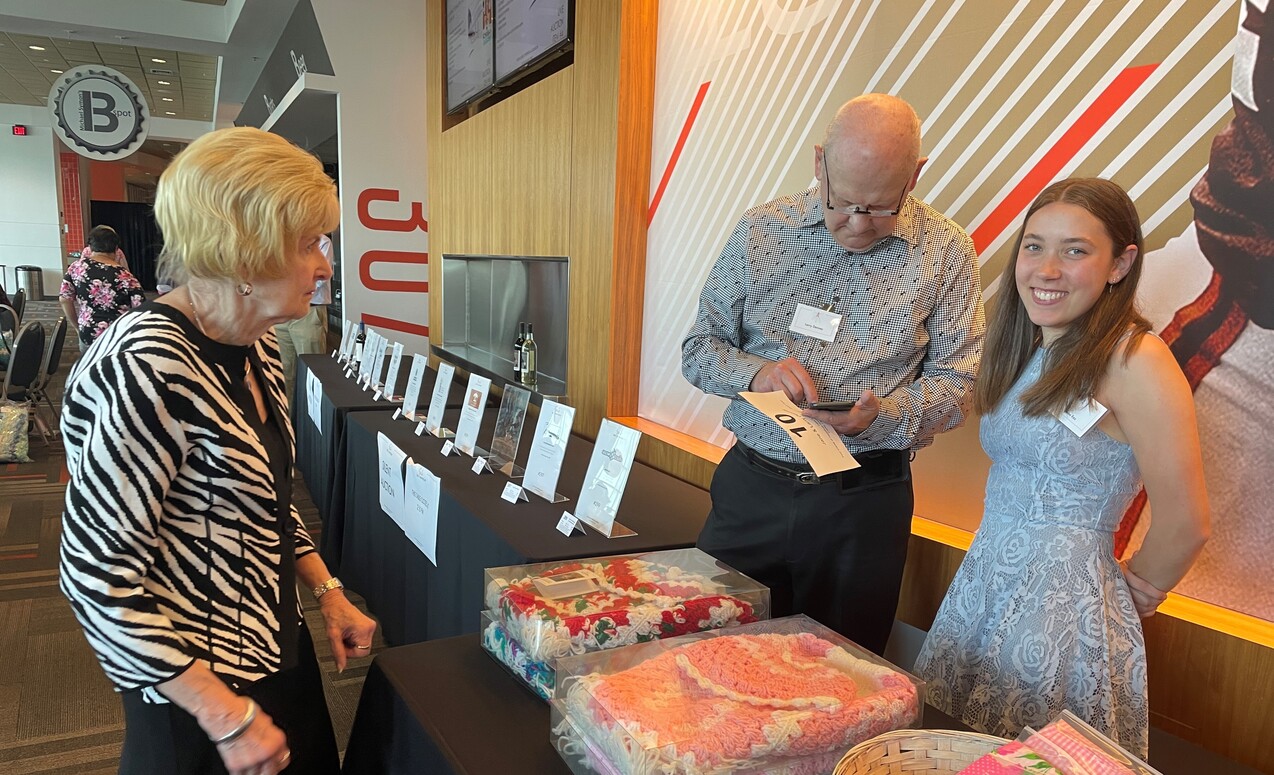 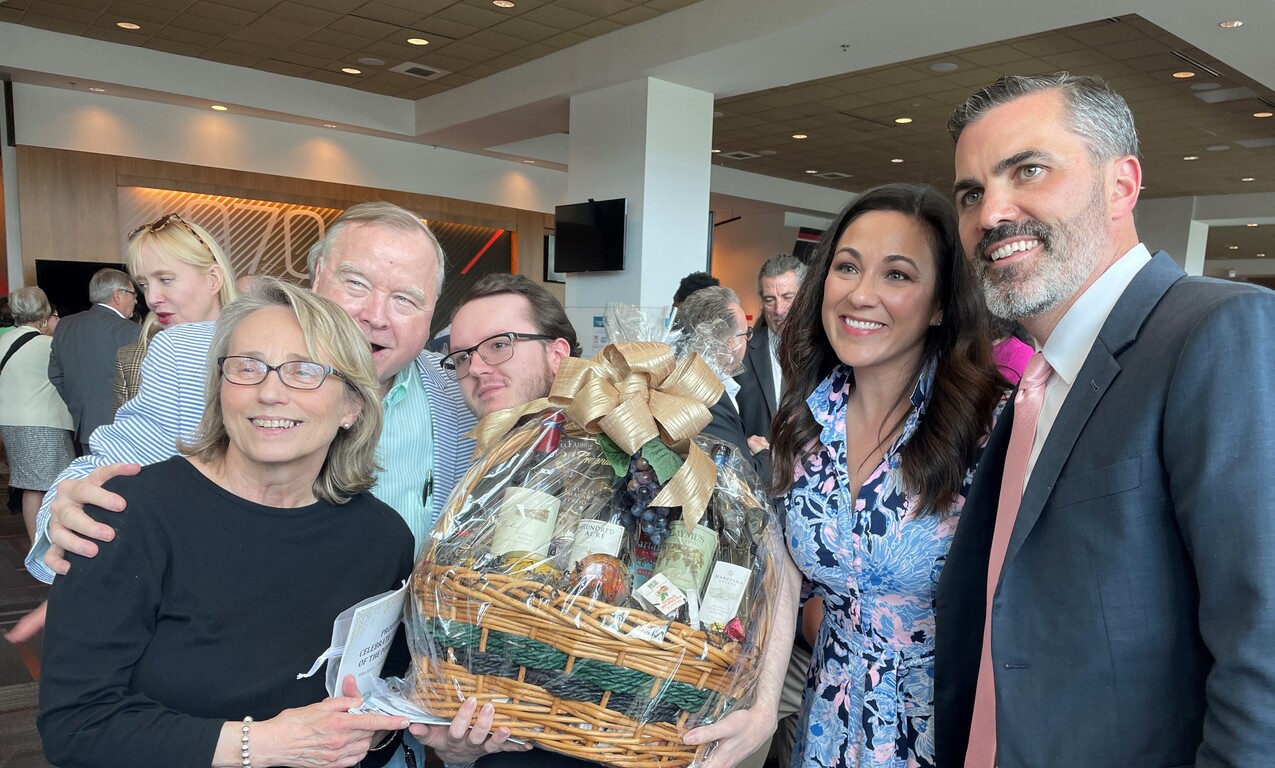 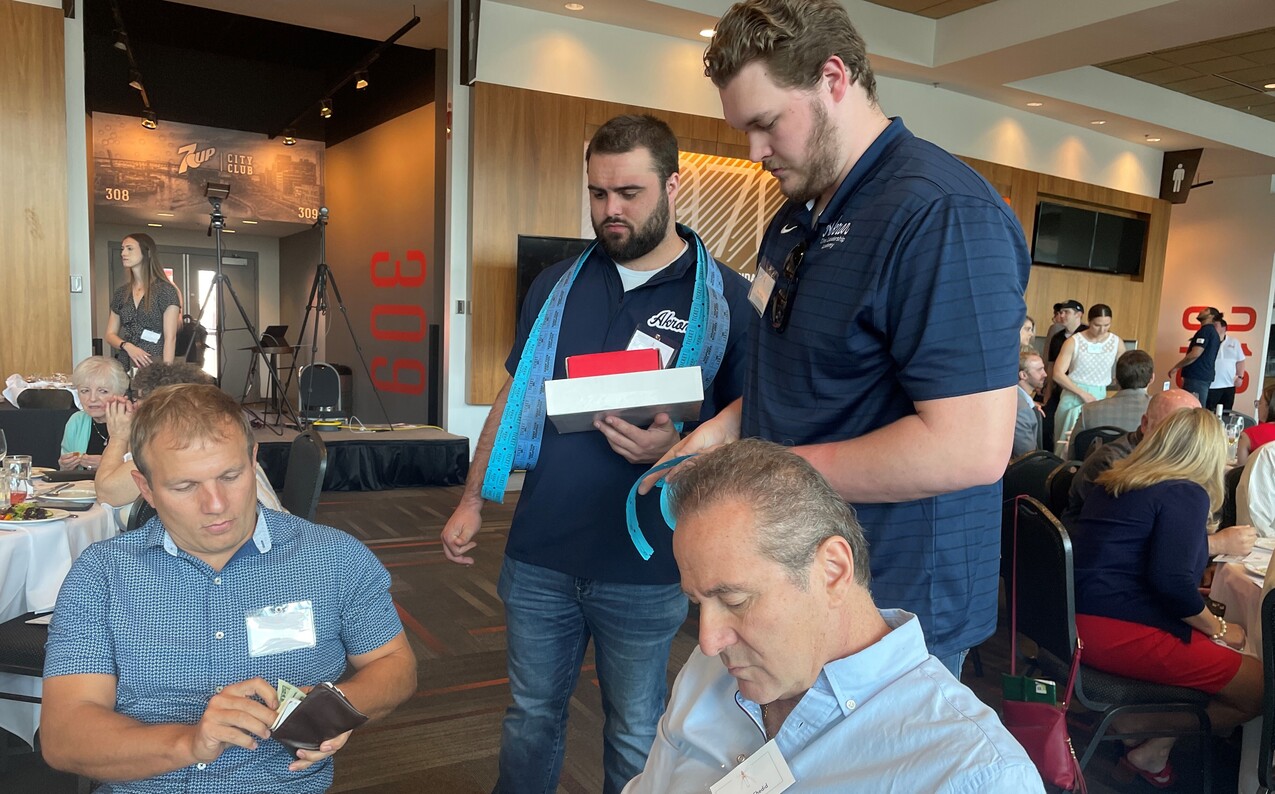 A century ago, Bishop Joseph Schrembs invited the Franciscan Sisters of Perpetual Adoration – commonly known as the Poor Clares of Perpetual Adoration – to settle in Cleveland. Two sisters arrived in December 1921 and soon after, began around-the-clock adoration of the Blessed Sacrament. The bishop designated their residence as a cloistered space.

The sisters, who still minister in the Diocese of Cleveland, marked their centennial with a special anniversary gala on April 24, Divine Mercy Sunday, at FirstEnergy Stadium. The event drew a record crowd of 450 people and raised a record-setting $200,000 to help sustain the sisters’ ministry.

The 100th anniversary celebration originally was planned for 2021, but the coronavirus pandemic forced its postponement.

“These humble women are Cleveland’s prayer warriors and it’s beautiful to see how we are coming together to support them,” said Sharon Deitrick, president of the PCPA Foundation, the nonprofit that organized the fundraiser.

“The money we raise at this gala will help them pay their bills and provide for basics such as heat and much needed repairs to the roof, air conditioning, peeling paint and tuck-pointing issues that have caused massive water damage to the monastery where they live,” she added.

The sisters have called the Conversion of St. Paul Shrine at 4108 Euclid Ave., in Cleveland’s Midtown District, home for the past 90 years. The Gothic church, built in 1875, was an Episcopal church where at one time, many of the city’s well-heeled industrialists who lived on Millionaire’s Row worshiped. The diocese purchased the vacant church in 1930 and refurbished it, dedicating it in 1931.

The fundraiser began with a Mass celebrated by Auxiliary Bishop emeritus Roger Gries, who reflected on how the sacrament of reconciliation is a gift and stands as a testament to the forgiveness and mercy Jesus shows us every day.

Stefanski is a devout Catholic and Deitrick said the idea to ask him to participate in the event stemmed from the cover story that appeared in the May/June 2021 issue of Northeast Ohio Catholic magazine, which highlighted his devotion to faith, family and football.

Taking the podium in front of his wife, Michelle, and his three children, Stefanski told the crowd that faith has always been the foundation of every aspect of his life. He recounted the joy he recently felt on Good Friday when his daughter told him that she felt sorry for Jesus.

“That was faith forming before my eyes,” Stefanski said. “I am extremely grateful for my Catholic upbringing. It shapes who I am as a coach, husband and father.”

Before Stefanski took the stage, event organizers played a video produced by the Diocese of Cleveland that evolved from the Sister Saving Sister story that appeared in the March/April issue of Northeast Ohio Catholic. It details how one PCPA sister volunteered to be a living kidney donor so that her fellow sister could receive a kidney transplant through a kidney exchange program run by the National Kidney Registry.

In addition, there was a raffle for a new 2022 GMC Terrain donated by Joyce Buick GMC and NorthernOhio GMC Dealers.

About 30 young people volunteered their time for the fundraiser including dozens of students from local Catholic high schools and members of the University of Akron football team.

The 22-year-old daughter of Otto Orf was among the young volunteers. Orf played professional soccer for 21 years. Currently, he coaches and heads a foundation that helps underserved children enjoy the sport.

“It is my great pleasure to support the nuns. Their selflessness and commitment to prayer for the greater good is on a different level than anything I have experienced,” Orf said.

Whether it was volunteering time to set up or lending talent to provide music, Deitrick said people from all over Northeast Ohio came together to make the event a success.

The community effort was best summed up at the end of the afternoon when a table server brought forth a cash tip that one of the guests gave her. She said she wanted it to go to the sisters because of what they do for everyone.