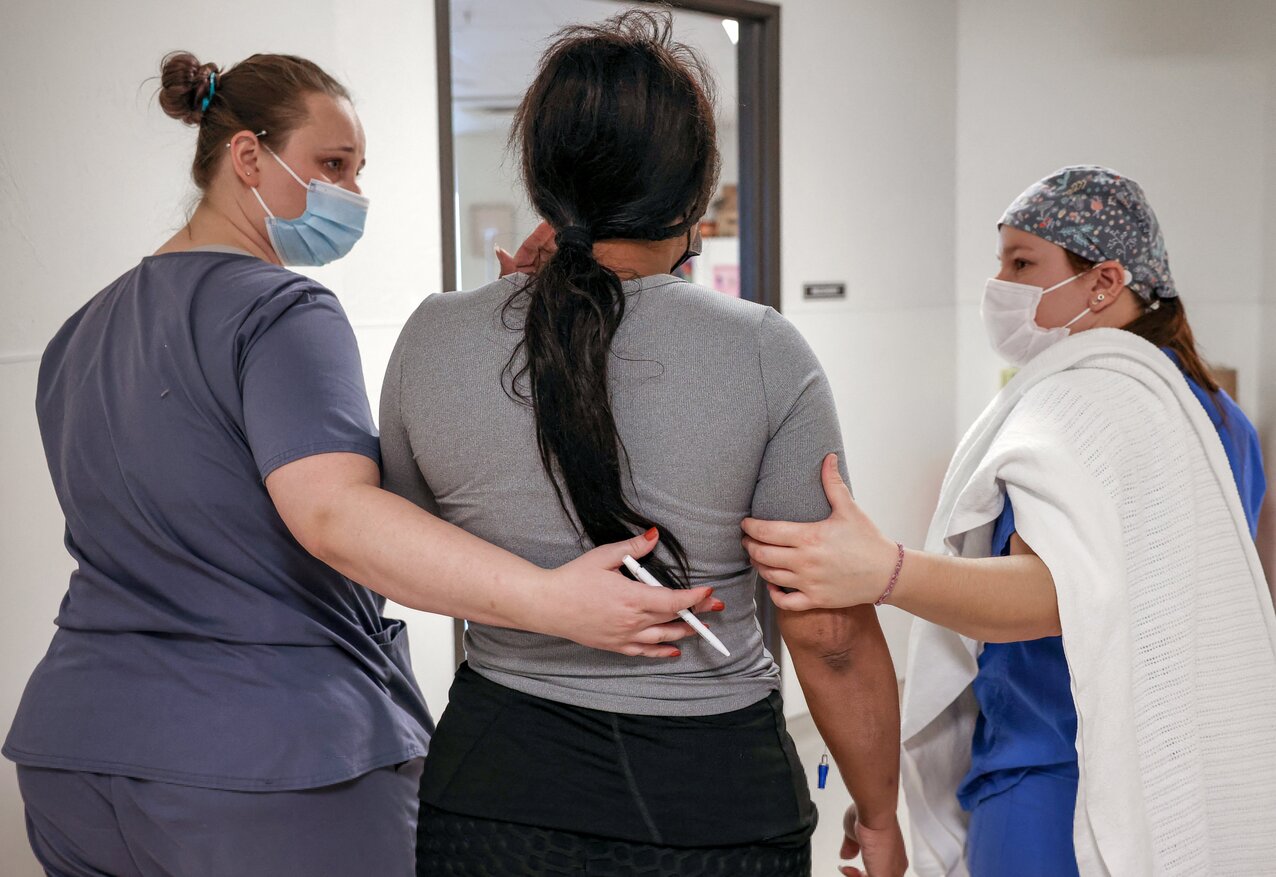 As the much-anticipated release of the Supreme Court of the United States’ decision in the Dobbs v. Jackson Women’s Health Center case nears, the Catholic Diocese of Cleveland is reaffirming its commitment to supporting women dealing with an unexpected or complicated pregnancy.

Late last year, the high court heard arguments in the case, which could bring reversal of the nearly 50-year-old Roe v. Wade opinion, which was issued in 1973. It ruled that pregnant women have the constitutional right to choose an abortion without excessive government restriction.

Mary von Carlowitz, director of the diocesan Office for Human Life, said the impending Dobbs decision is an opportunity to change perceptions about abortion in order “to see the beauty, truth and goodness of the Church’s teachings.” It’s also a chance to reteach people about the gift of life, she added.

According to the Catholic Church, human life begins at conception so von Carlowitz said it is crucial that pro-life support is available at the local level to assist any expectant mother who is facing anxiety, stress or a crisis due to her pregnancy. The Church has many such resources that can assist a woman, her baby and family both before and after delivery.

“Abortion hurts women,” she said, explaining a woman could compartmentalize the ramifications of an abortion until later in life, when something could trigger a flood of anxiety and guilt. That’s why it’s crucial to offer support and resources to a woman who is considering terminating her pregnancy.

Von Carlowitz said sometimes a woman is told she has a fatal pregnancy – one in which the baby likely would not survive birth or would die soon after. In other cases, she might learn there is a high probability the baby could be born with a disease or disability or perhaps the woman is overwhelmed and feels that she can’t deal with having a child -- or another child -- at that time, due to her life circumstances.

“We need to reach out, to let them know we care and we are ready to help. We need to say, ‘You are hurting. Where and how can we help you?’ We need to meet people where they are,” von Carlowitz said. “We must be ready to support these women and their babies, to accompany them on their journey.”

This is not a new position for the Church. “We’ve been doing this all along. We’re there to walk with and support the moms, dads, grandparents and others,” von Carlowitz said.

“We want the Church to be a community where all feel welcome. We want people to know that our God is a God of love and mercy,” she said, noting that is especially important for a woman who could be struggling in the aftermath of an abortion – even years later. “Often, the women may know that God will forgive them, but they can’t forgive themselves.”

Von Carlowitz said her office is refreshing its list of resources in order to provide a variety of assistance to women, their husbands or partners and others dealing with an abortion, a difficult or unexpected pregnancy or who could be struggling after the birth of a child. “The woman is not the only one affected by a pregnancy or abortion,” she said.

Pregnant women can find help at local pregnancy centers, where they can get information about the pregnancy, undergo an ultrasound and receive assistance during their pregnancy.

After birth, she said there are many resources available from nonprofit groups like the Christ Child Society, Catholic Charities, Diocese of Cleveland and others that can supply infant necessities like layettes, diapers, formula, cribs, strollers and more, as well as follow-up medical and mental health assistance for the mother and baby. And as the baby grows, other agencies like Help Me Grow offer additional assistance, including educational resources.

“We have to reeducate people, to change minds and hearts and to accompany people on this journey,” von Carlowitz said.

Any woman facing an unexpected/unplanned pregnancy can visit optionline.org to be connected with a local pregnancy center where they can ask questions and obtain answers.

The USCCB’s Committee on Pro-Life Activities this week issued a call to prayer as the Dobbs decision looms.