First Friday Forum of Lorain County learns about saints among us

Attendees at the First Friday Forum of Lorain County traveled back in time to the early 1800s and 1900s during Father John Manning’s May 6 lunchtime presentation at Lorain County Community College’s Spitzer Conference Center. Students from Elyria Catholic High School were among those in attendance.

Father Manning, a retired priest in the Diocese of Cleveland, most recently served as the delegate for senior priests and an associate professor of Church history at Saint Mary Seminary in Wickliffe. An avid history buff, he shared diocesan history and the backgrounds of three Ohioans who are in the formal process for canonization as saints.

“We were Cub Scouts together,” Kowalski recalled, “and he has been ministering and storytelling to me ever since.”

As he began his presentation, Father Manning told the group “saints are tied to their time period. And to understand who the three individuals are and the canonization process, we must first understand how the diocese developed.” He discussed how many of the United States’ early bishops were French in the period after the Revolutionary War because they were driven out of France and started anew in America.

“Archbishop (John) Purcell of Cincinnati, who recruited Cleveland’s first bishop, Amadeus Rappe, is one of three holy people who are up for canonization. The fruits of his labor have blessed us today,” Father Manning said.

Archbishop Purcell, the second archbishop of Cincinnati, served for 50 years and was known as the patriarch of the west. He built more than 100 parishes, schools, hospitals and orphanages. Before and during the Civil War, Archbishop Purcell was among the few Catholic leaders who vocally and forcefully supported the emancipation of slaves, Father Manning said.

Through the archbishop’s encouragement, Bishop Rappe, who was French, began construction of the Cathedral of St. John the Evangelist at its current location, established the first seminary in the new Cleveland Diocese and worked diligently to bring religious orders from Europe to minister in the diocese. Bishop Rappe is buried in the cathedral crypt.

Then Father Manning pivoted to talk about two women – Helen Pelczar and Rhoda Wise – who also are on the path to sainthood. He said they led “an emotionally filled spiritual life much different than we see today.” 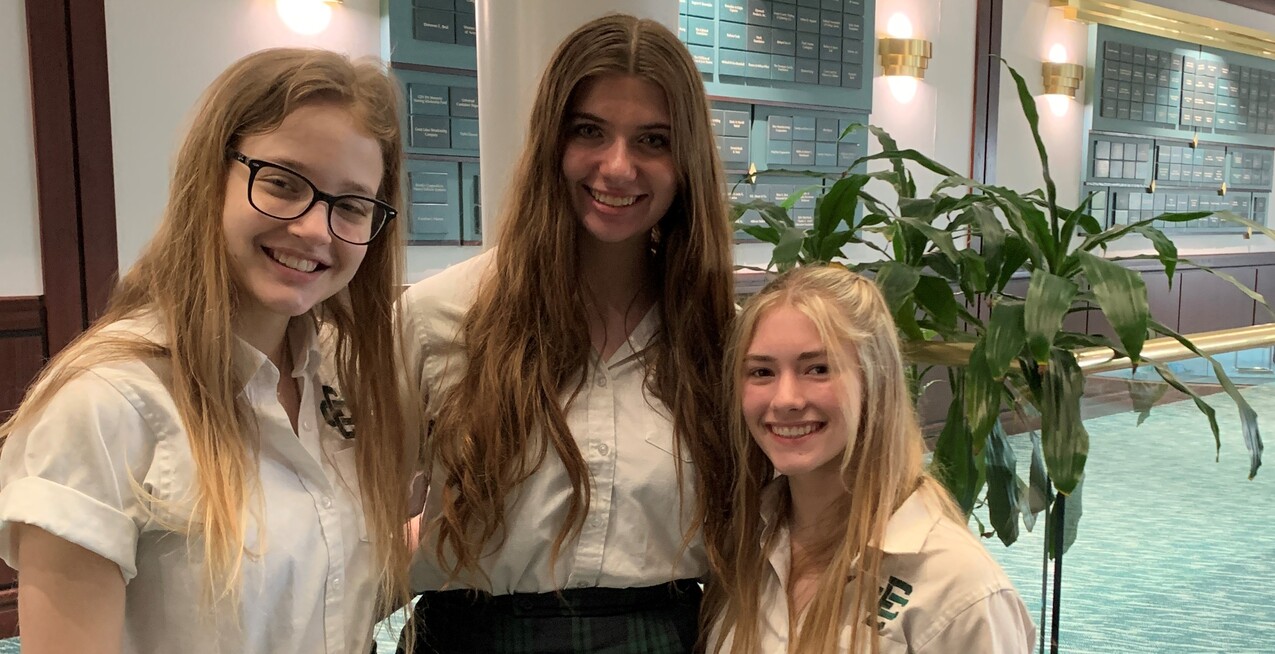 Pelczar was born in 1888 in Poland and immigrated to Cleveland at age 25 to live with an aunt in what is now Cleveland’s Tremont neighborhood. She attended St. John Cantius Church, which was established in 1898 to serve the area’s growing Polish population. She was a prayerful child who grew up in extreme poverty and was often hungry and ill. She worked from a young age to help support her family after her mother’s death.

On Christmas Eve in 1917, after coming home from vespers at St. John Cantius, dark round stigmas appeared on her hands and feet. After being examined by a doctor, he wrote that her “sickness” could not be explained from a medical point of view.

Pelczar had many visions of Jesus, the Blessed Virgin Mary and her guardian angel. Her stigmata continued as she took on suffering for the sins of others. She died on April 26, the feast of Our Lady of Good Counsel, a Marian feast day, and her funeral was on May 1, the first Saturday of a month traditionally dedicated to Mary. She is buried at Calvary Cemetery in Cleveland. Beginning about a decade after her death, there were reports of people hearing music, including “Ave Maria,” emanating from her grave.

Wise, a Protestant, had 39-pound tumor removed surgically in 1932 when she was 44. Four years later, while being treated at Mercy Hospital in Canton for a serious ankle injury, a nurse discovered she had an abscess on the old surgical scar. She suffered further complications and had a prolonged hospitalization during which she became interested in the rosary and asked one of the religious sisters to teach her how to pray it. She felt drawn to the Catholic Church and converted in 1939.

Soon after, doctors told Wise that there was no cure for her abdominal condition, which eventually was diagnosed as cancer. She was discharged and sent home.

Twenty days later, Jesus appeared to Wise in her home. She thought she was dying, but he told her that her time had not yet come. Within a month, Jesus also returned with St. Therese of Lisieux, also known as the Little Flower. Miraculously, Wise’s abdominal wound healed and her cancer was cured.

In the years between her cure and her 1995 death, Father Manning said Wise saw Jesus and St. Therese 20 times. Like Pelczar, she also suffered from stigmata. Wise’s stigmata manifested from noon until about 3 p.m. every First Friday.

Her funeral was in St. Peter Church in Canton. Msgr. G.N. Habig said that in the midst of a sinful world, Wise had a heart filled with so much love for God that she was able to endure great suffering for his sake. 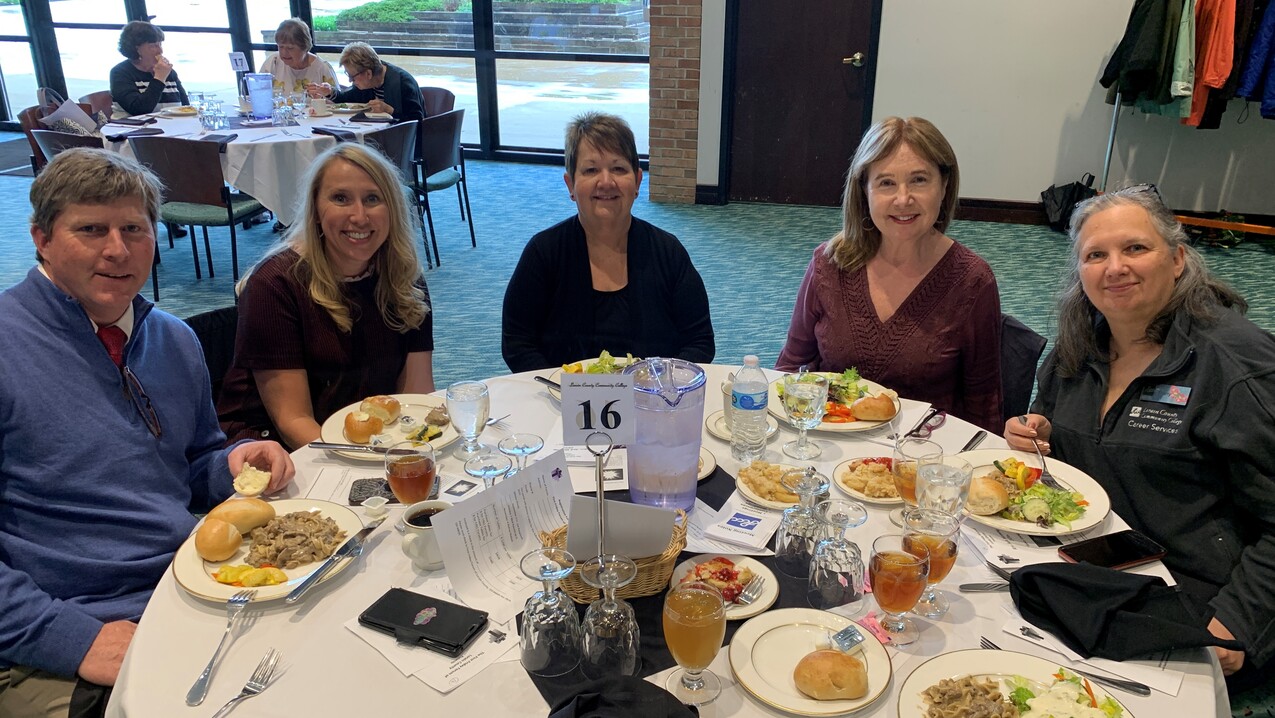 After her death, Wise’s daughter kept the family home open to visitors until it was willed to Mother Angelica and EWTN. The property was transferred to Our Lady of Angels Monastery in 2001 and in 2015, it was named Rhoda Wise Shrine. In 2016, her cause for beatification was opened by the Diocese of Youngstown.

“These women served as a gateway for others to come into our faith,” Father Manning said.

After the program, the audience applauded Father Manning for both his presentation and for the 50th anniversary of his May 27, 1972 ordination. Father Manning and 32 other diocesan priests will mark their ordination anniversaries at a Mass celebrated by Bishop Edward Malesic next week in St. Basil the Great Church in Brecksville.