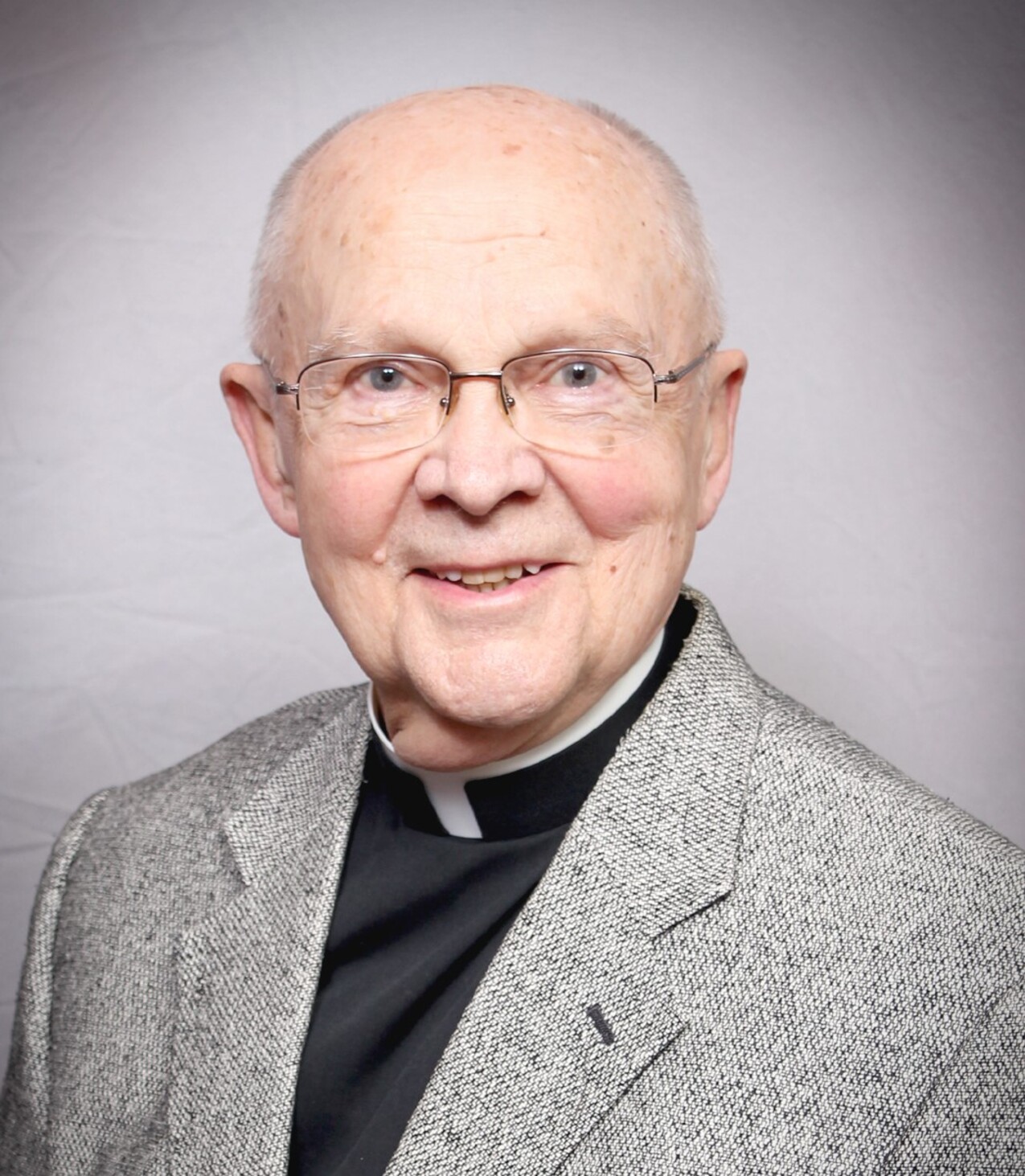 Father Jeffrey Kirch, C.PP.S. provincial director, will celebrate a Mass of Christian burial at 2 p.m. May 24 in Assumption Chapel at St. Charles Center in Carthagena, Ohio for Father Joseph Rodak, C.PP.S. Homilist will be Father William O’Donnell, C.PP.S. Visitation will take place from 11 a.m. until the Mass begins.

Father Rodak, 87, died May 18 in the infirmary at St. Charles Center, where he moved on May 9 due to failing health. In retirement, he lived at Sorrowful Mother Shrine in Bellevue, Ohio and Mary Queen of Peace Parish in Cleveland.

He was born July 24, 1934 in Cleveland to the late Peter and Victoria (Masuga) Rodak. In 1949, he entered the Missionaries of the Precious Blood congregation in 1949 at Brunnerdale, the congregation’s former high school seminary in Canton. Father Rodak was ordained on June 9, 1962. He died 22 days before the 60th anniversary of his ordination.

During his nearly 60 years as a priest, Father Rodak undertook many ministries. After ordination, he served as a chaplain at St. Elizabeth Hospital in Dayton before enrolling in graduate courses at John Carroll University. In 1965, he was assigned to Saint Joseph’s College in Rensselaer, Indiana, where he was an instructor and director of seminarians.

After taking additional coursework, Father Rodak was assigned in 1973 to Calumet College of St. Joseph in Whiting, Indiana. He was active in retreat and renewal ministry 1986-1990, and then returned to Saint Joseph College in 1990 as a visiting professor of television. He began a ministry in 1998 as chaplain at St. Margaret Mercy Healthcare Centers in Whiting.

In 1999, Father Rodak was appointed parish administrator of St. Mark Church in Cincinnati. He returned to hospital chaplaincy in 2000.

Survivors include a brother, Jerome of Parma; a sister, Agnes Wachs of Montana; numerous nieces and nephews, great-nieces and great-nephews.

Father Rodak is remembered as a family man who cared deeply for his nieces and nephews. Those who knew him said he had a pastor’s heart, a sharp memory and enjoyed telling stories, which served him well in his ministries.

Burial will be in the community cemetery in Carthagena.