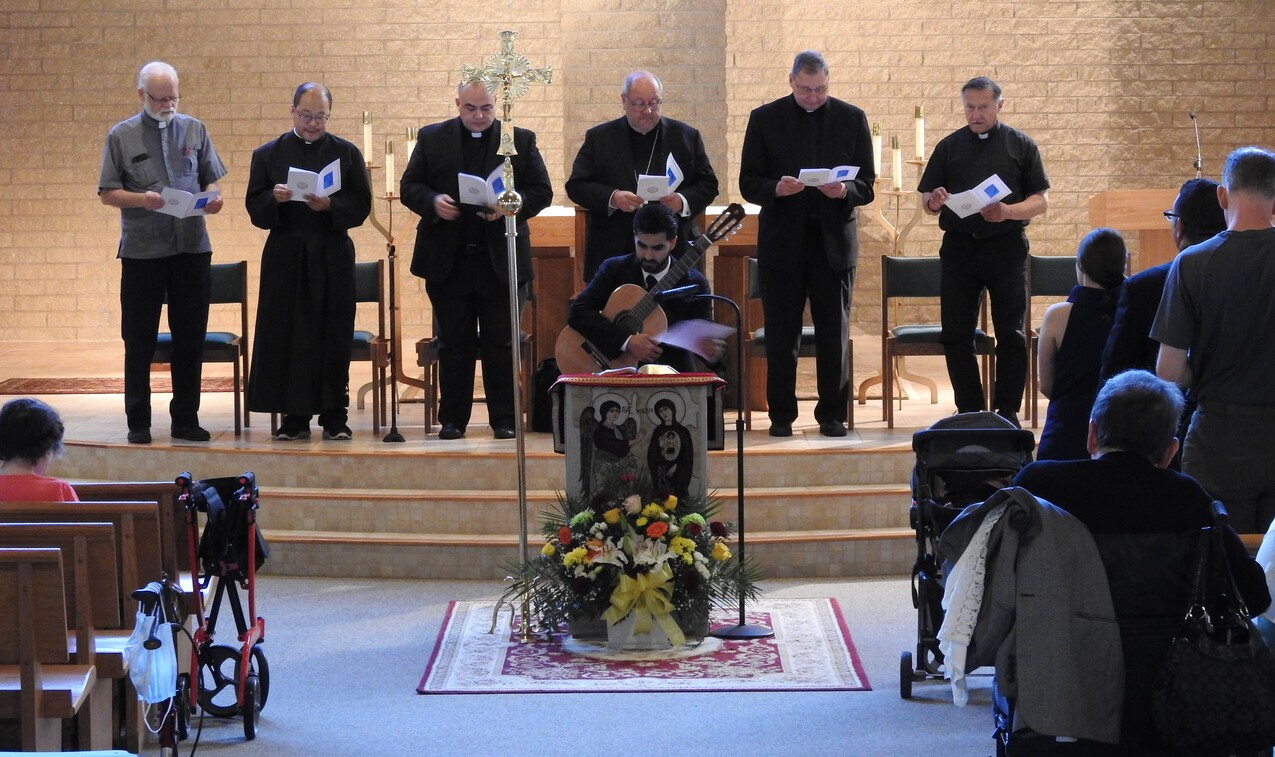 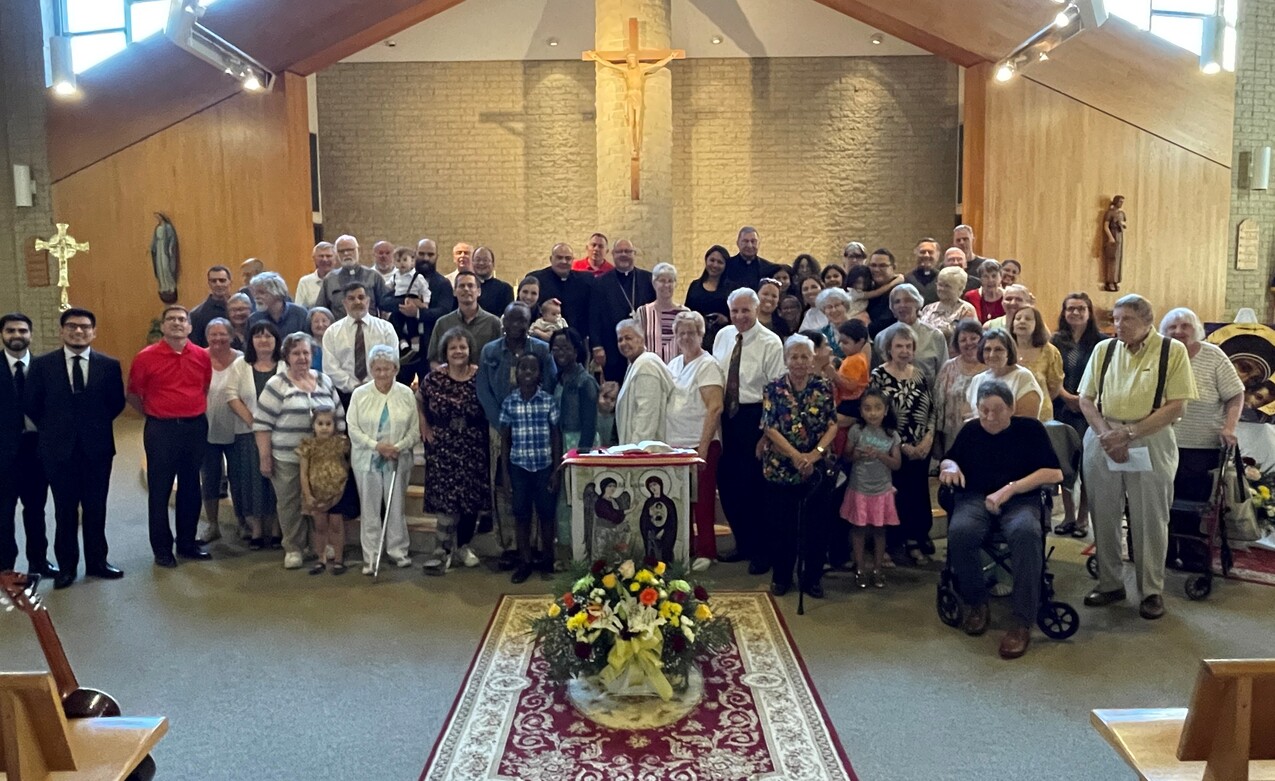 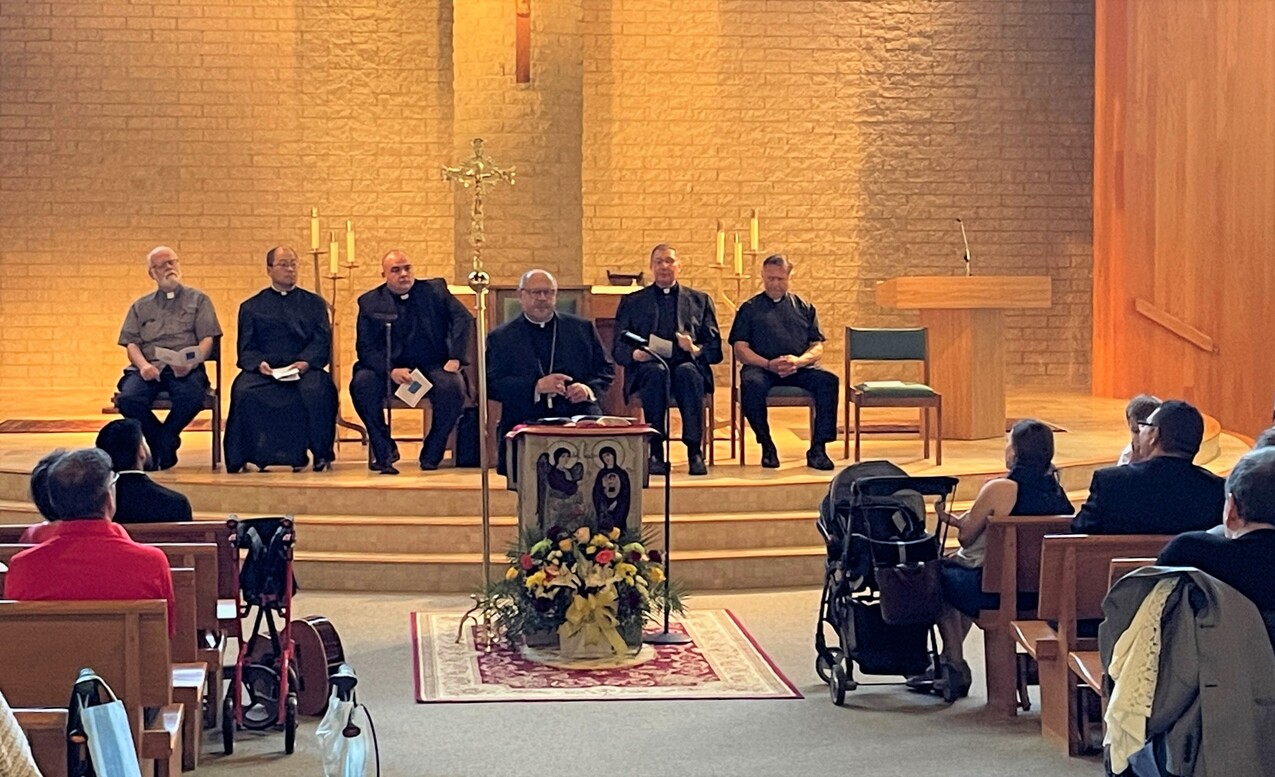 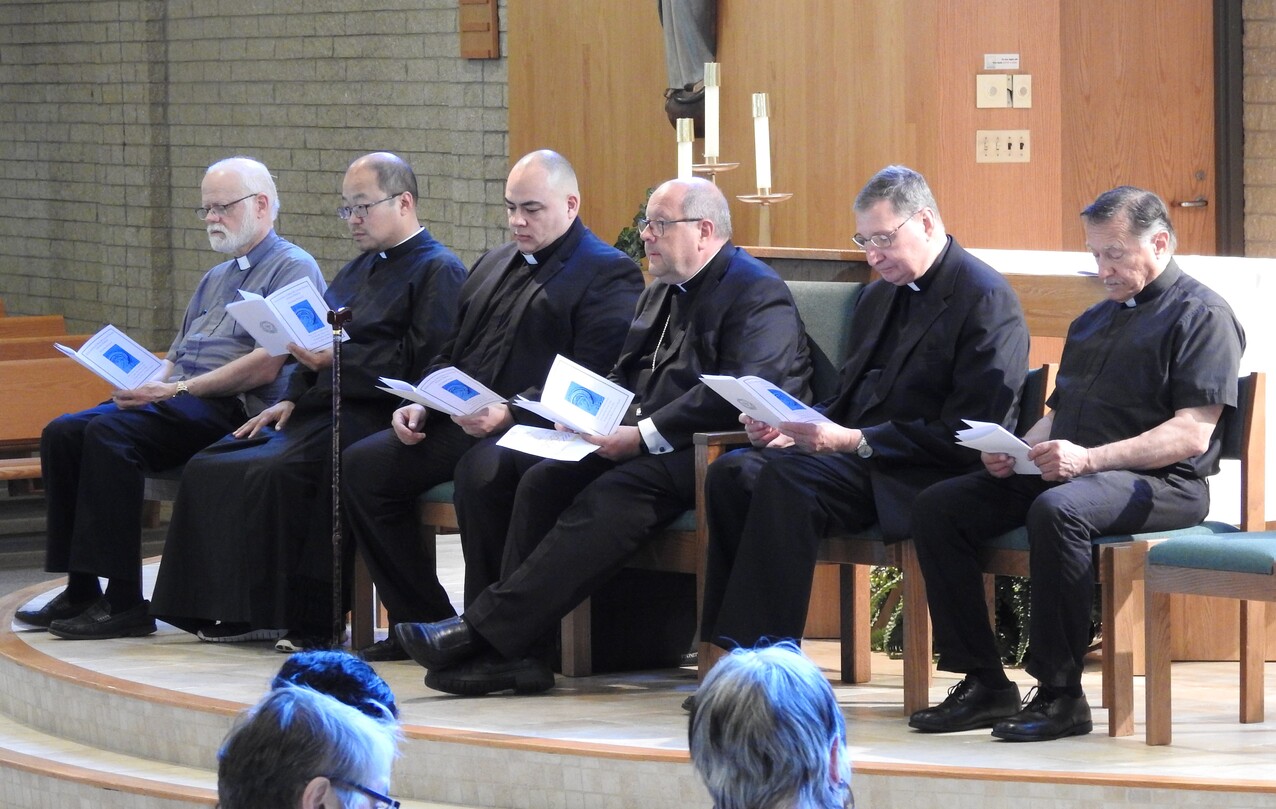 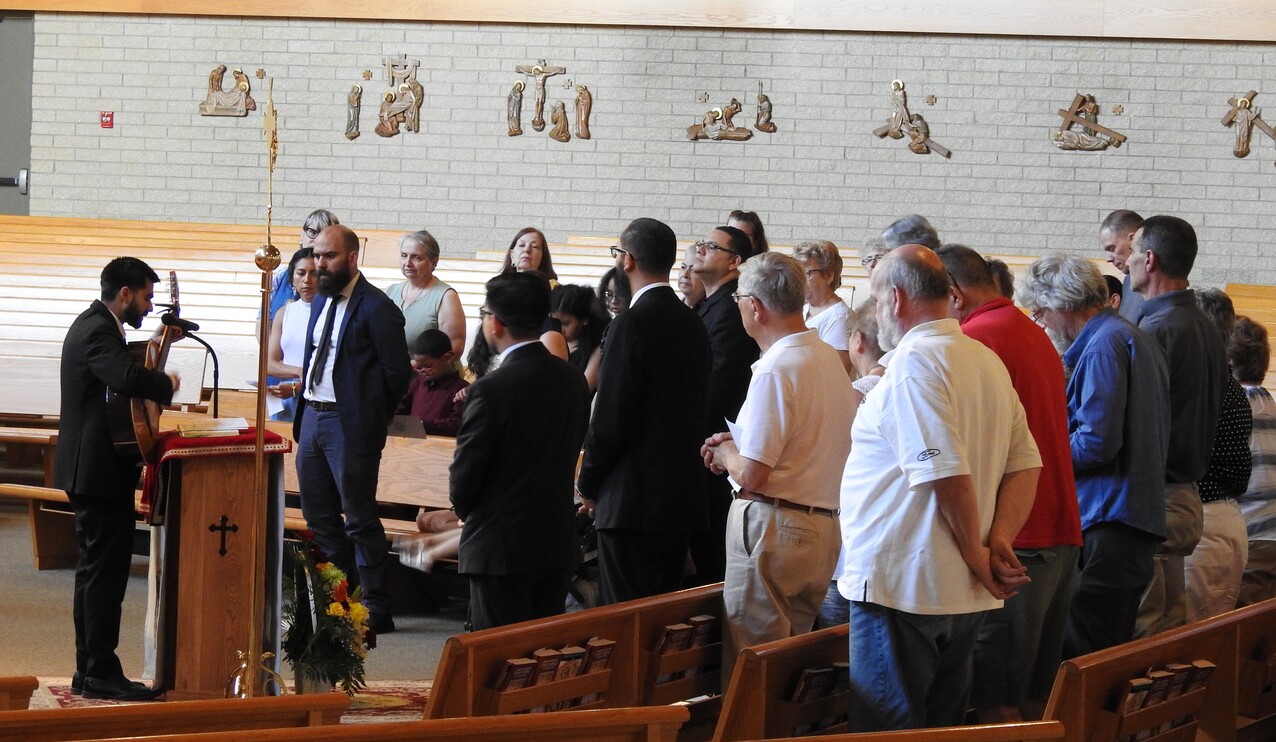 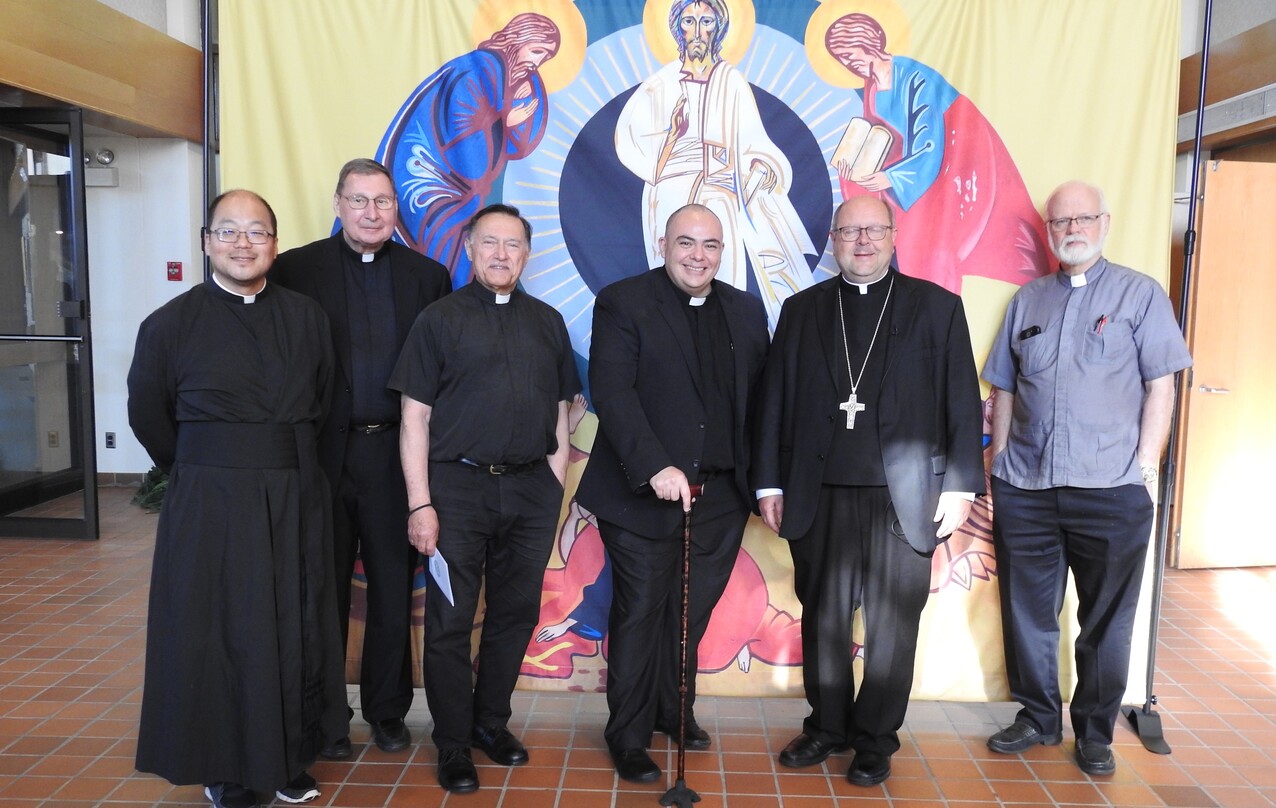 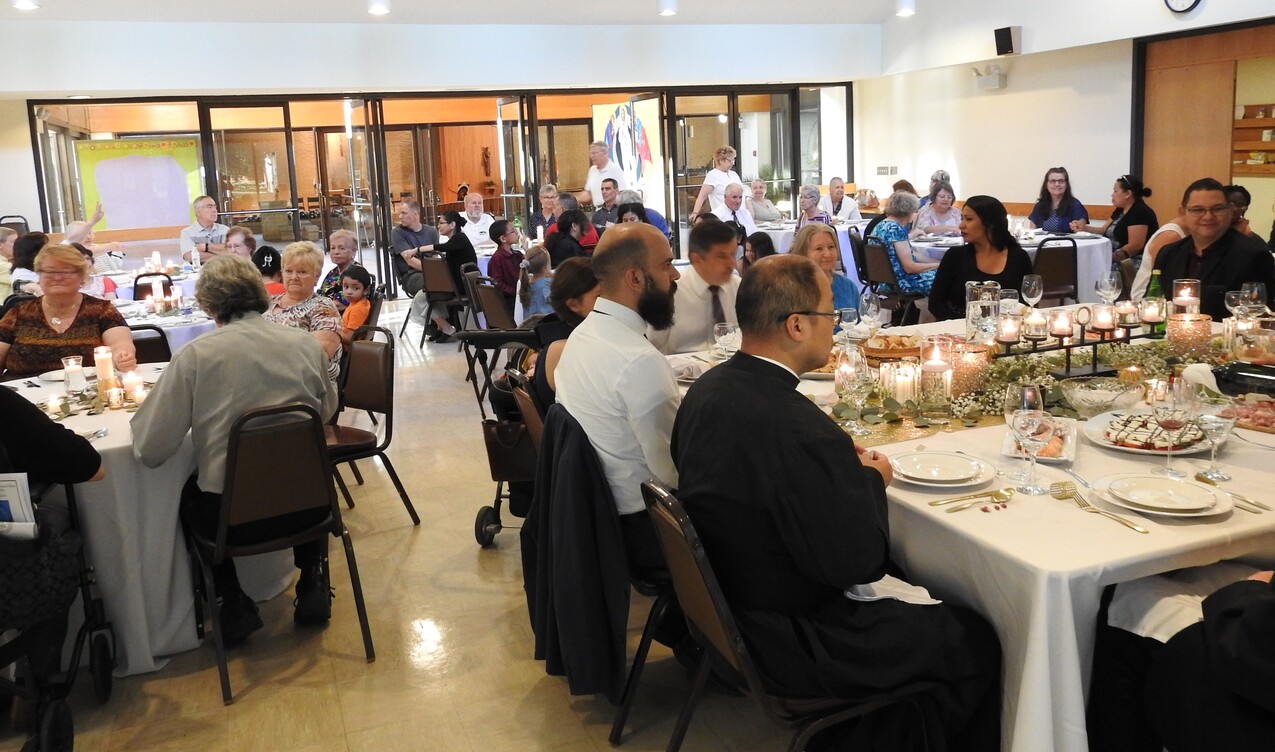 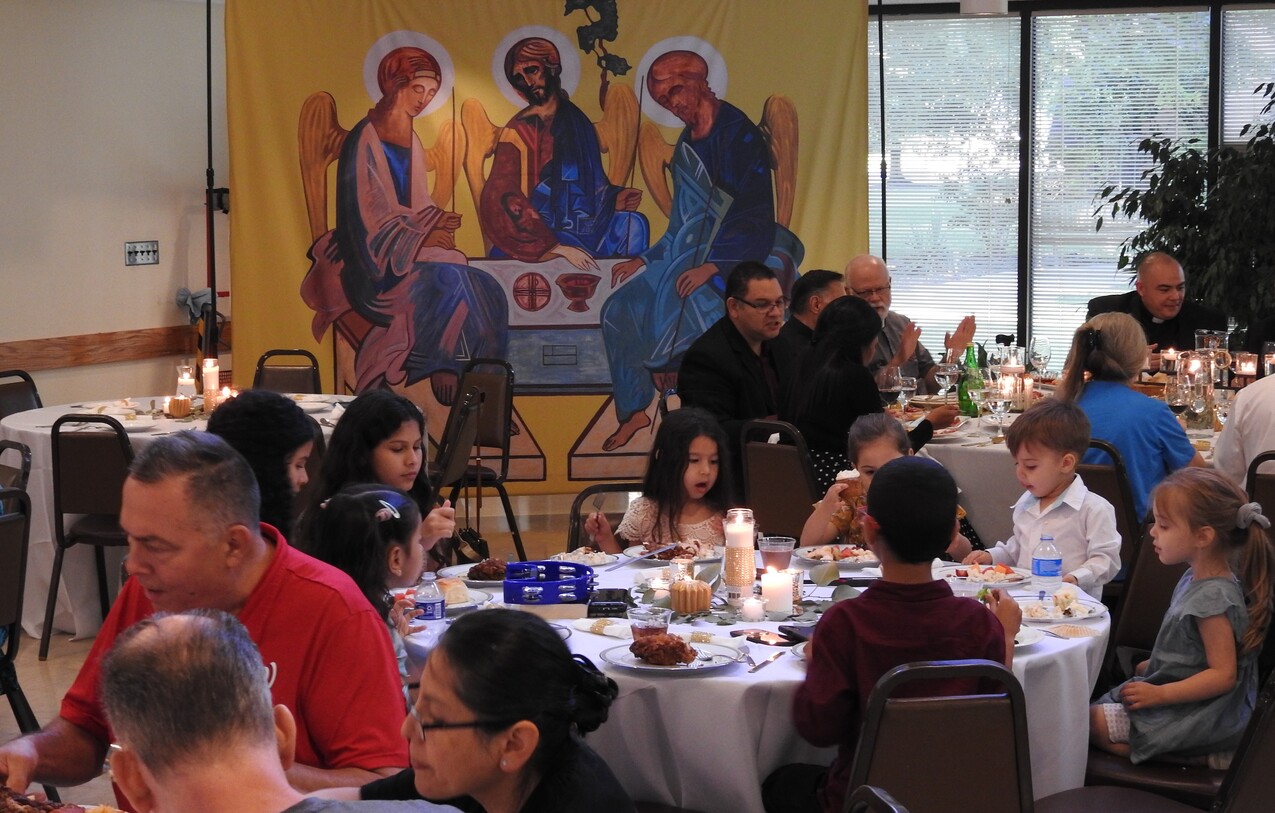 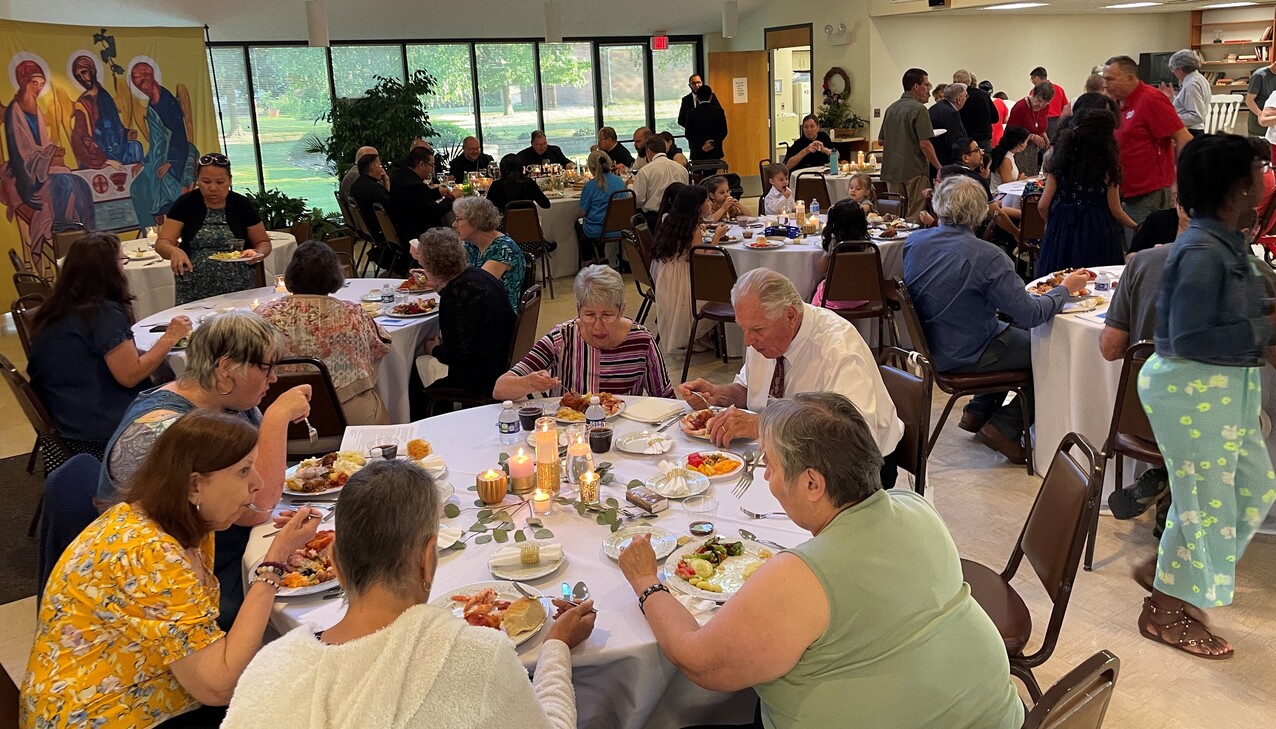 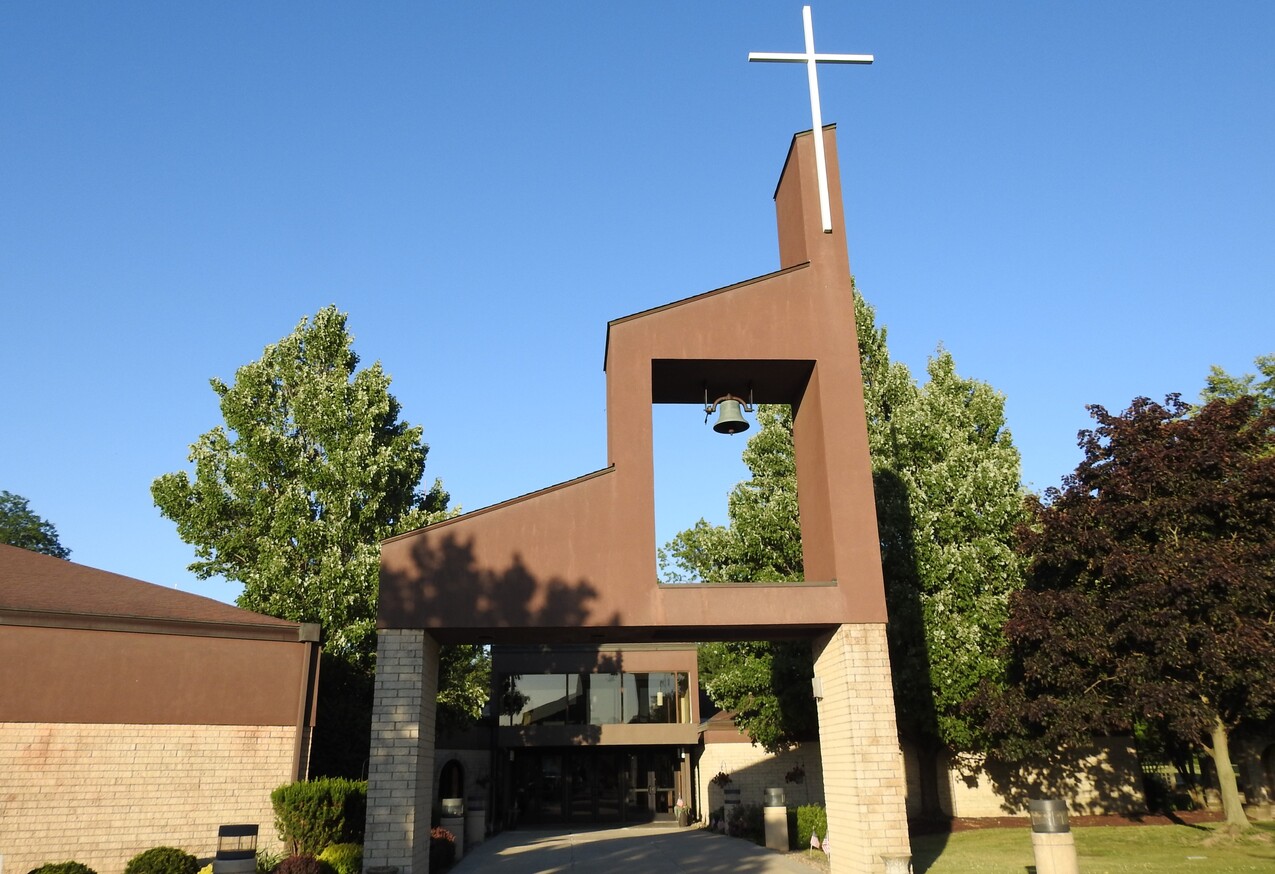 The Neocatechumenal Way may not be a household term for many people, but it is the answer to a prayer for some.

It is a charism in the Catholic Church that started in 1964 in Spain. “The Way,” as it often is called, is dedicated to Christian formation. Communities are established in parishes and the follow a three-pronged word of God, liturgy, community approach to catechesis.

There are several communities in the Diocese of Cleveland, including those at St. Anthony of Padua Parish in Parma, Immaculate Conception Parish in Madison and St. Andrew the Apostle Parish in Norton. Another community at Holy Family Parish in Parma merged with the St. Anthony community. They gathered on June 22 at St. Anthony Church for prayer, testimony and fellowship. Bishop Edward Malesic was a special guest. Communities from Youngtown and Johnstown, Pennsylvania also attended.

Bishop Malesic said he was familiar with the community from his time as bishop of Greensburg, Pennsylvania so the gathering was a chance for him to reconnect with the group.

Father Felipe Gonzalez from the Archdiocese of Boston coordinated the local event. He is responsible for Neocatechumenal communities in Northeastern Ohio, including the Cleveland and Youngstown dioceses, and Western Pennsylvania.

He said they form small communities with a parish to celebrate their baptism. Father Gonzalez compared the communities to the Holy Family of Nazareth saying: “They are based on simplicity, humility and praise.” He invited three people to share their experiences with the bishop.

Cosette, who said she belongs to the first community of St. Anthony, talked about how the Lord found her at age 15. Her family was experiencing a difficult time and her parents decided to divorce. They went on a family vacation to visit her father’s family in Guatemala and were kidnapped near the capital. She described the terrifying experience of being tied up, terrorized with guns to their heads and some family members abused before the ordeal ended.

“We survived,” she said. Back home, she had questions and had a hard time understanding things until God reached her “at the right moment in my history.” She had family members in The Way and finally decided to go to catechesis.

“Here I am at 32, still keeping myself for marriage, if that’s what God wants for me,” she said, adding she moved to the area eight years ago. It was hard at first, but she said knowing the Lord loves her has made a difference. And her parents remain married, she said,

Jean, a member of the first community at St. Andrew in Norton, said she found The Way at age 50. With her children grown, she and her husband who was not Catholic began struggling in their relationship. She described being “mad at the world” and feeling isolated until she encountered The Way. “It was like God put me there for a reason,” she said. “I saw a unity of purpose and realized that’s what I was made for – to be united with a purpose better than me.”

She said attending World Youth Day in Germany (2005) was a turning point for her. “I felt included for the first time,” she said.

Her brother, John, said they came from a large family of 13 siblings and their mother also came from a family of 13 children. There were vocations in their mother’s family – three priests and a nun. Their father’s brother also was a priest. “Faith was always there but we had to find it for ourselves,” he said.

John worked to get a good education, find a wife and build a good life. But his wife faced major health obstacles and was unable to have children. “God had a plan,” he said.

They adopted twin sons. John admitted burying himself in his work and growing apart from his wife. He considered leaving her. “I yelled at God and told him, ‘You’re my father. I need you,’” he said.

He received an invitation to The Way and said it made a big difference in his life.

“We’re married 35 years, have two kids and four grandkids. And my daughter-in-law who was not Catholic converted,” he said, adding, “I was her sponsor.”

Bishop Malesic thanked the group for their invitation and their love of the faith.

“We have to recognize who we are. We are creatures, not the creator. I am not the savior. I know my role. I am the shepherd of a diocese, but I also have a shepherd: Jesus. We’re all disciples of the Lord and we have to realize that,” he said.

The bishop talked about visiting the Tolle Lege Summer Institute the previous evening to talk with high school seniors attending the weeklong program. He said they are learning about the Church in Cleveland and the community.

He reminded the group, “You are not here to save the Church. You want to find the savior: Jesus.”

The gathering took place on the solemnity of the birth of John the Baptist, “Who lived a simple life but allowed his heart to be big enough to welcome God,” the bishop said.

Reflecting on what Father Gonzalez said, the bishop added, “Simplicity means being single-minded to receive the Lord. John the Baptist was rich in faith.”

He recalled how life was simpler in the 1960s when the Neocatechumenal Way was founded. Sundays were much more relaxed with mornings spent at church followed by a meal, time with family, rest and relaxing. “It was uncluttered,” he said, noting how people now tend to overextend themselves.

He also encouraged the group to have humility and to listen to the Lord. “Ultimately, the Lord wants us to praise and honor him with our lives.” He said God should be at the center of our universe and we should be sharing and accepting his love as a taste of heaven

“Keep moving forward,” the bishop told the group. “The stories I heard from you show that you are doing that. Thank you for being the best you can and showing us what it is like to be Church together.”

After evening prayer, the group posed for photos and enjoyed dinner and fellowship.