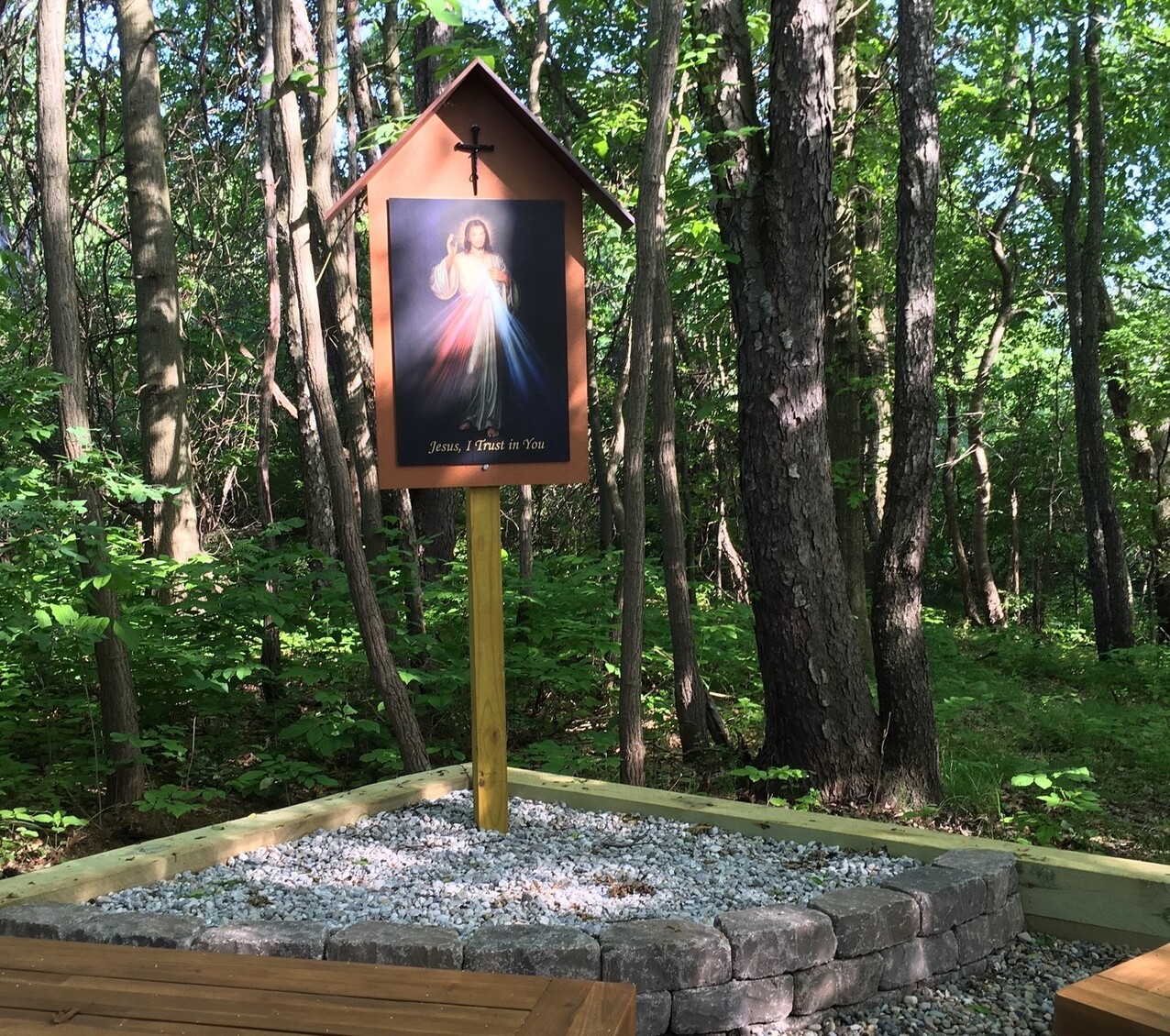 The spacious grounds of Queen of Heaven Parish in Green are home to a variety of sacred spaces including Stations of the Cross, a prayer/memorial garden, statues and grottos.

A recent Eagle Scout project added the Divine Mercy Shrine in the Woods to the property.

Parishioner Jack Cole, who also is an altar server and a member of Boy Scout Troop 334 at the parish, took on the project as he pursued the Eagle Scout rank.

Father David Durkee, pastor, said it’s a refurbishment and update to the Chapel in the Woods, which was a 2007 Eagle Scout project. Divine Mercy Shrine in the Woods is located behind the Perpetual Eucharistic Adoration Chapel.

A quarter-moon concrete walkway starts with the sidewalk on the left side of the adoration chapel and circles behind and up to the Divine Mercy Shrine in the Woods. Signage marks the entrance to the shrine. A pathway edged with landscaping ties and gravel leads to four assembled benches and the newly added Divine Mercy icon/image.

“The area in itself says that this is a great place for solitude, prayer and thanksgiving,” Father Durkee said. 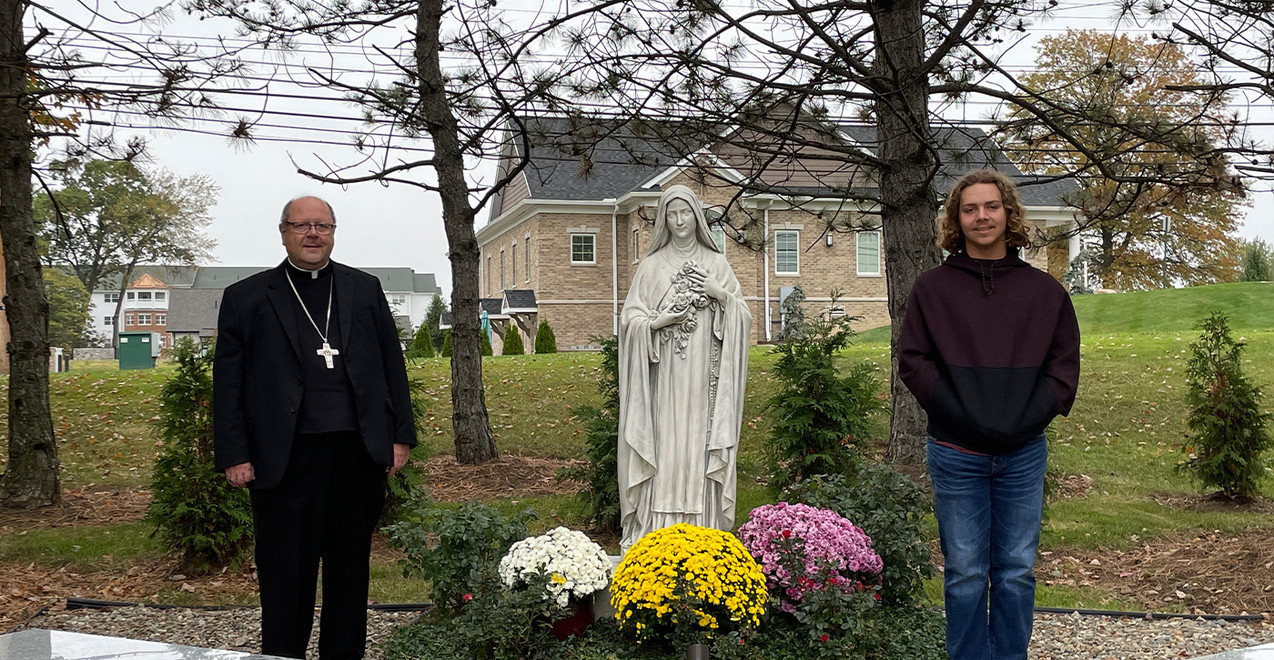 During a visit last fall, Bishop Edward Malesic blessed two other outdoor shrines at the parish. One, dedicated to St. Therese of Lisieux, was an Eagle Scout project of parishioner Owen Frank. Another parishioner contributed to the shrine in memory of his wife, Kris Wagner, who died recently from pancreatic cancer. The other, in honor of St. Francis of Assisi, was donated by an anonymous parishioner.