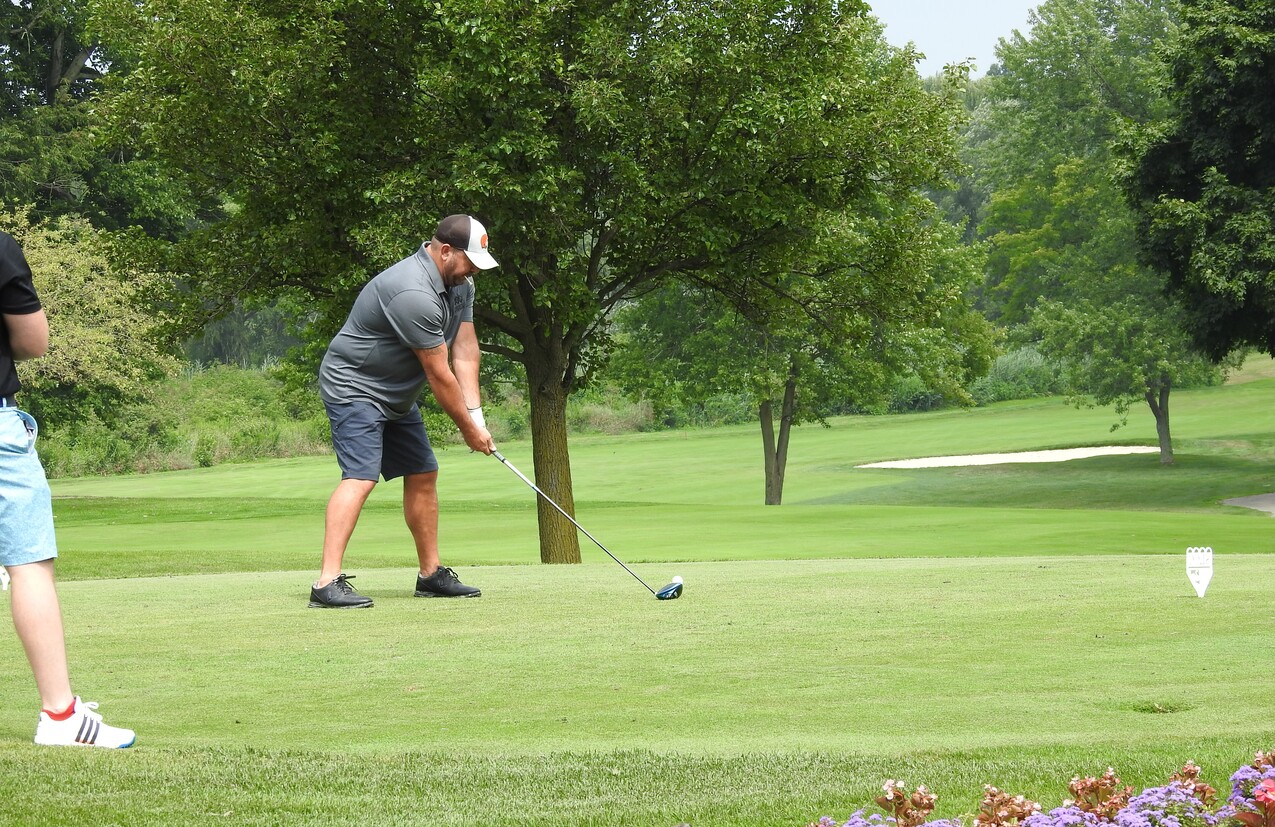 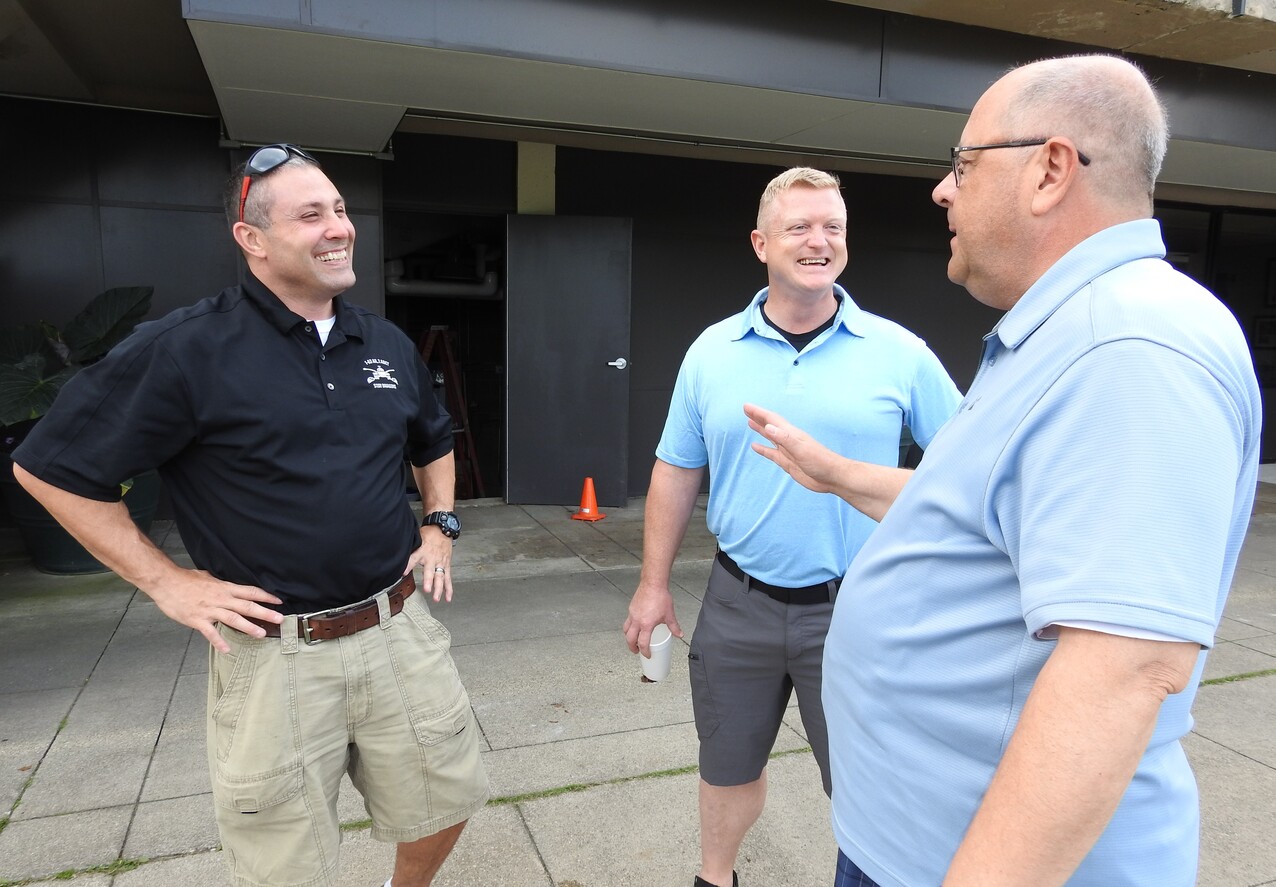 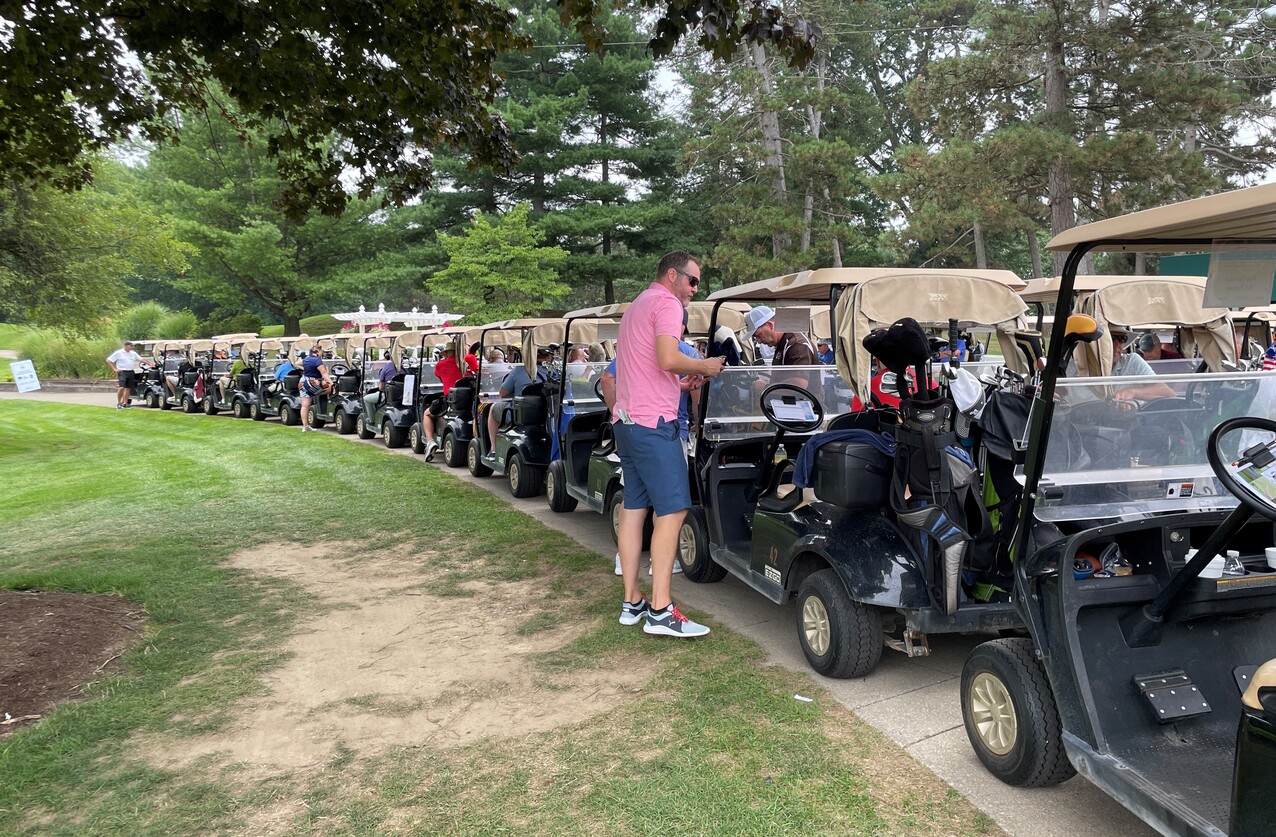 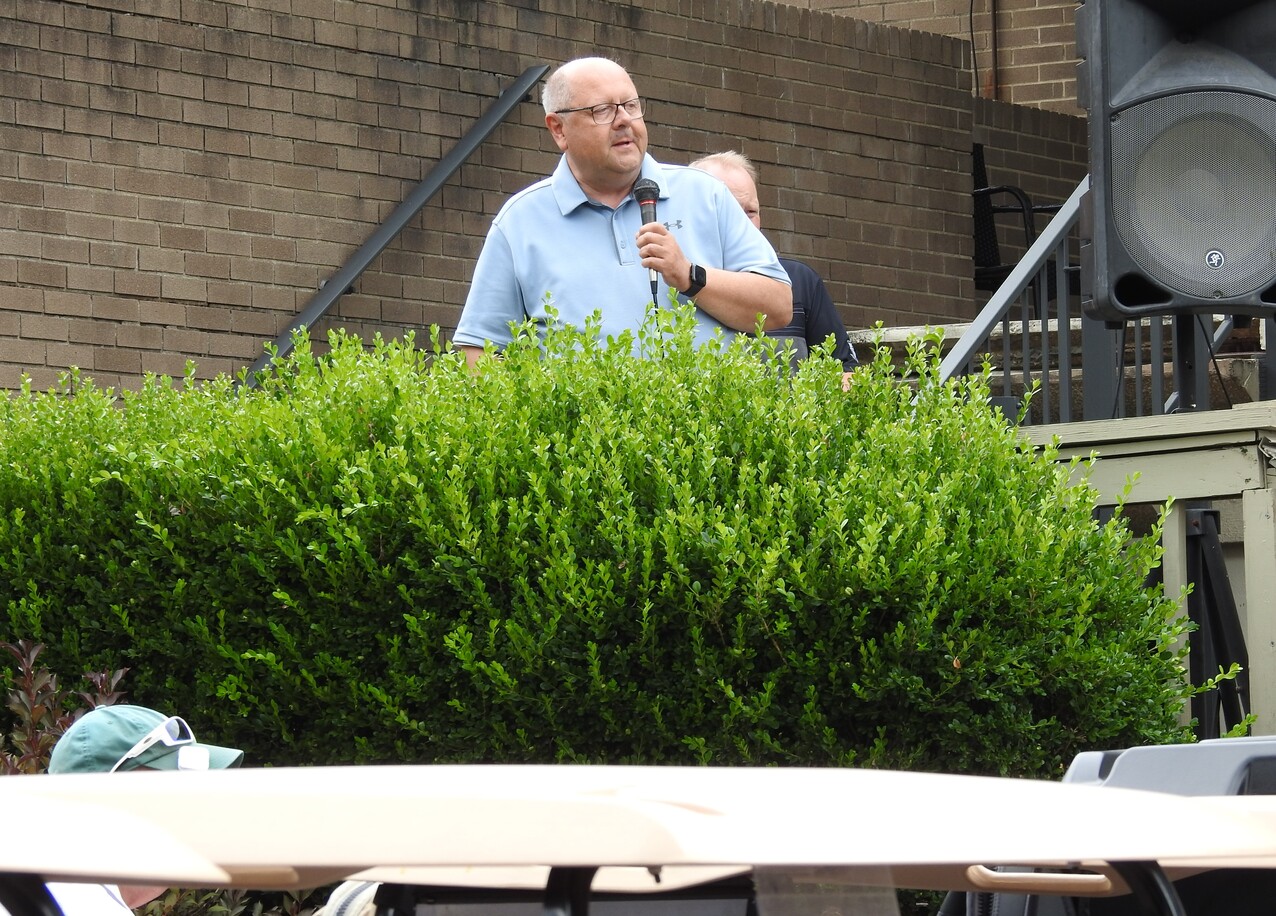 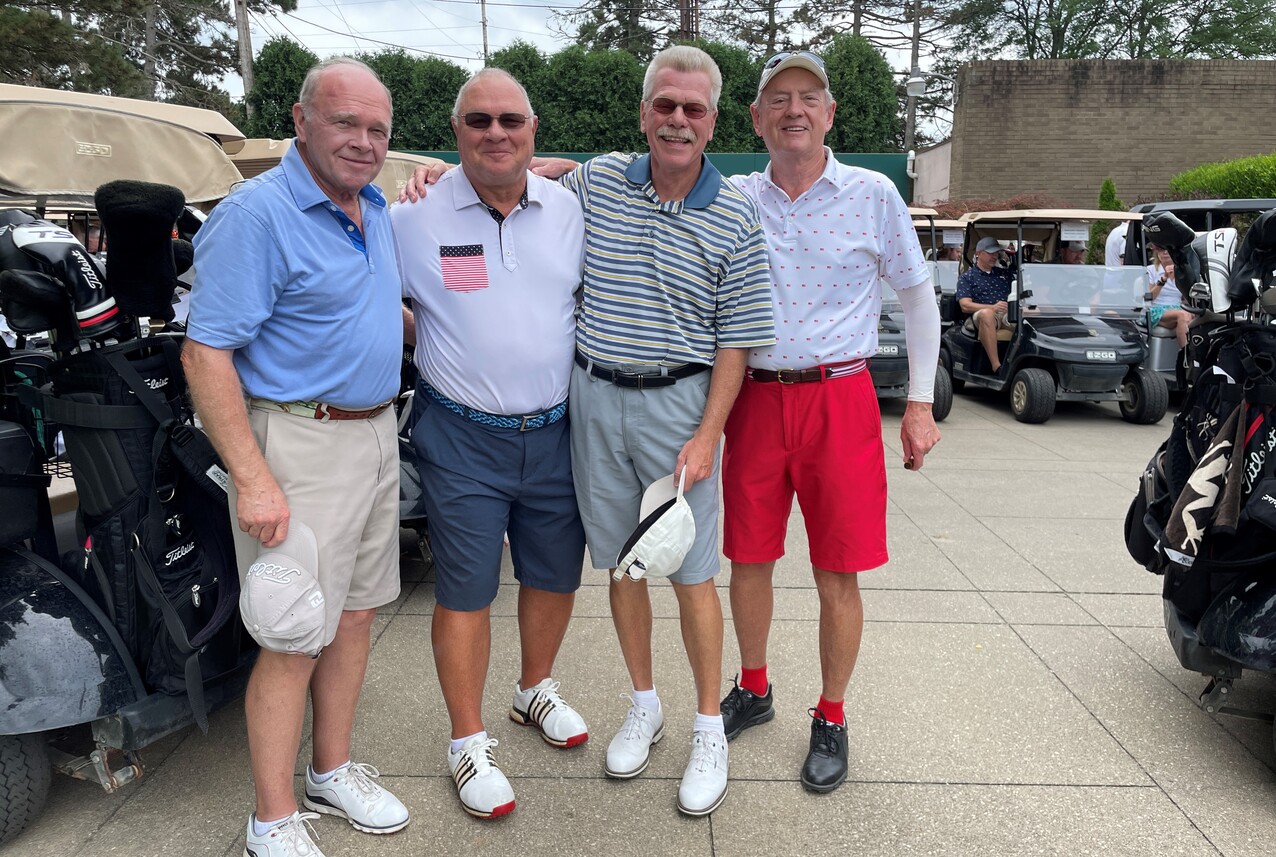 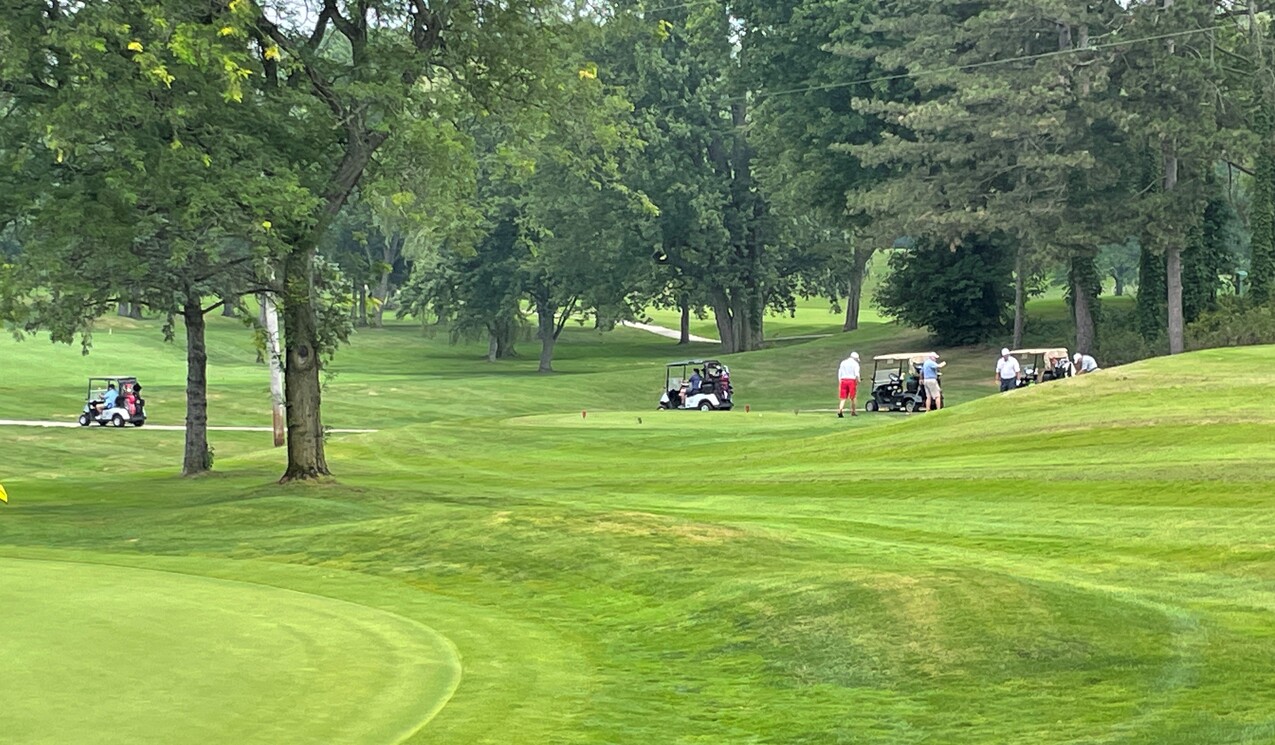 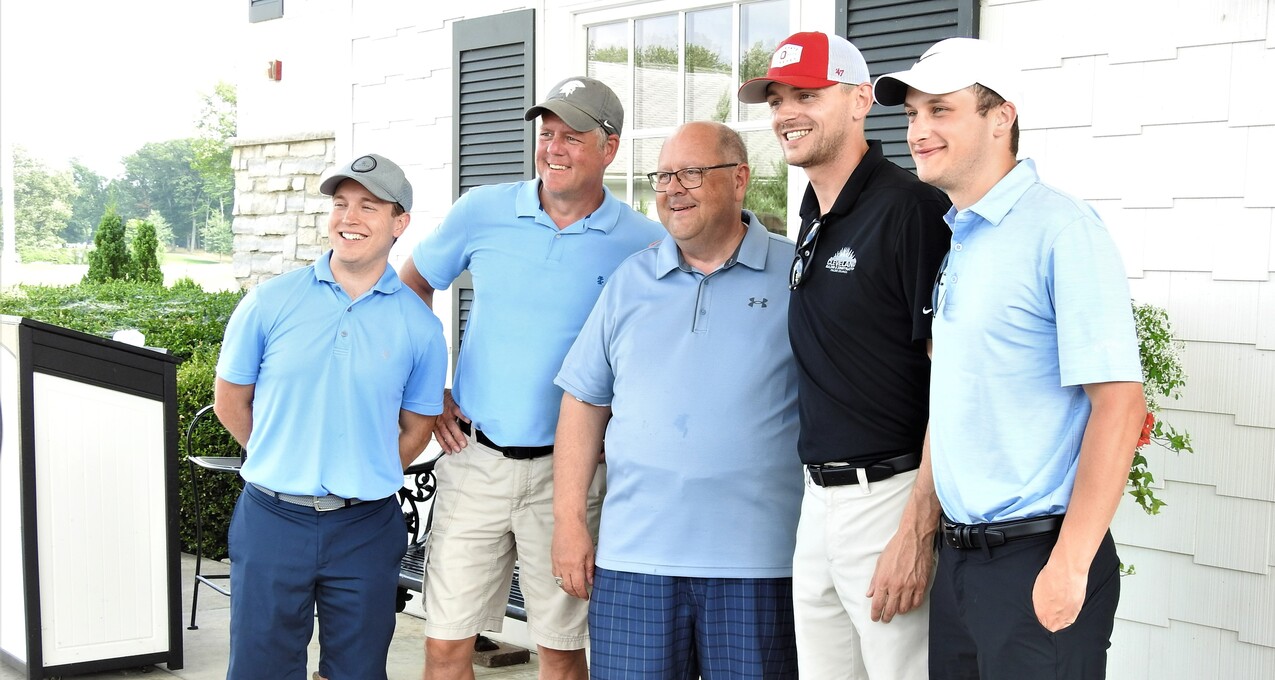 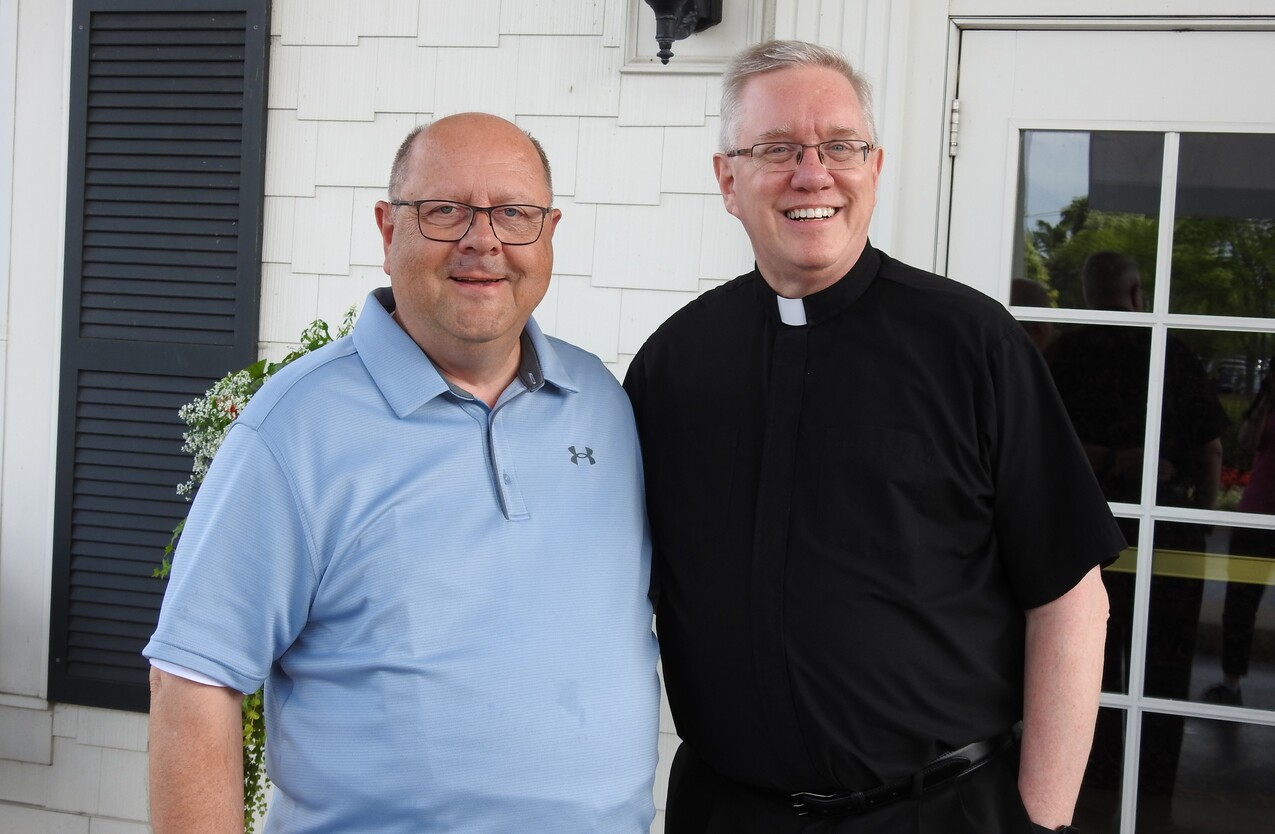 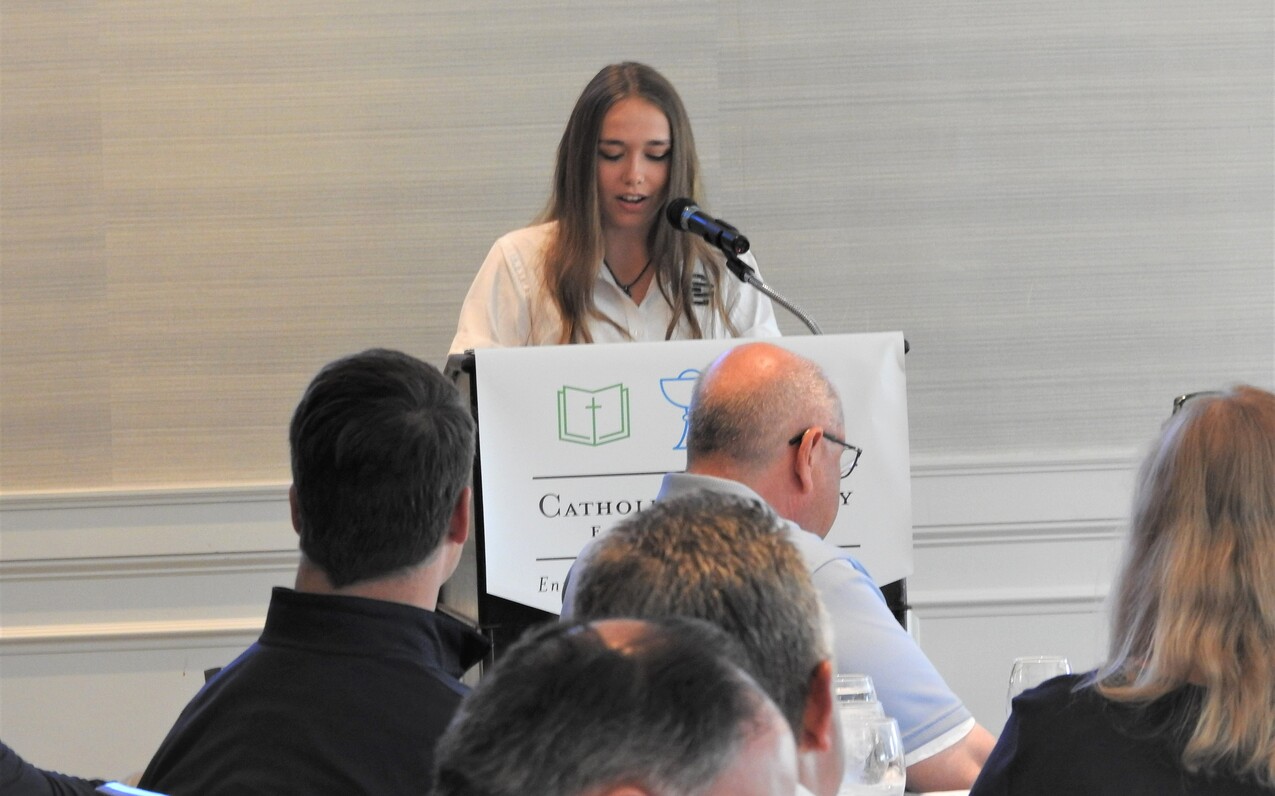 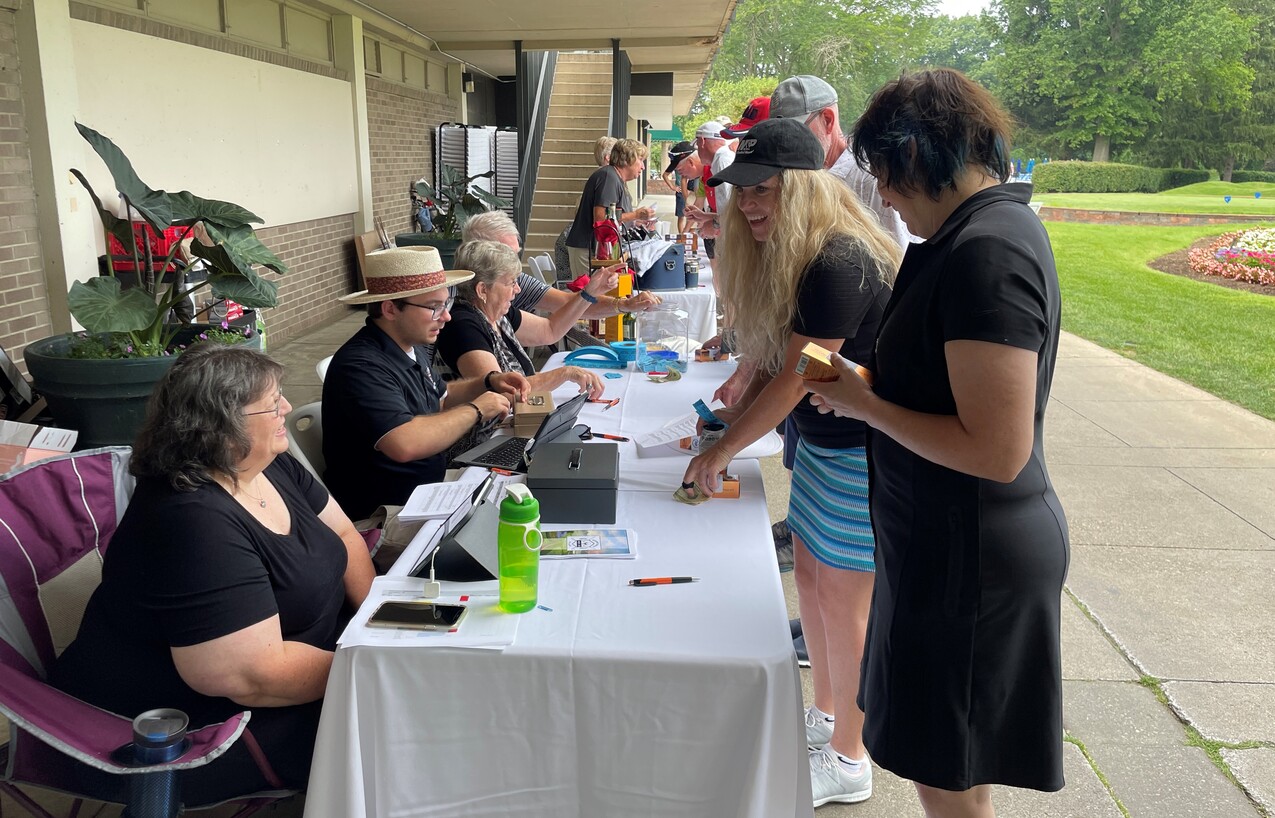 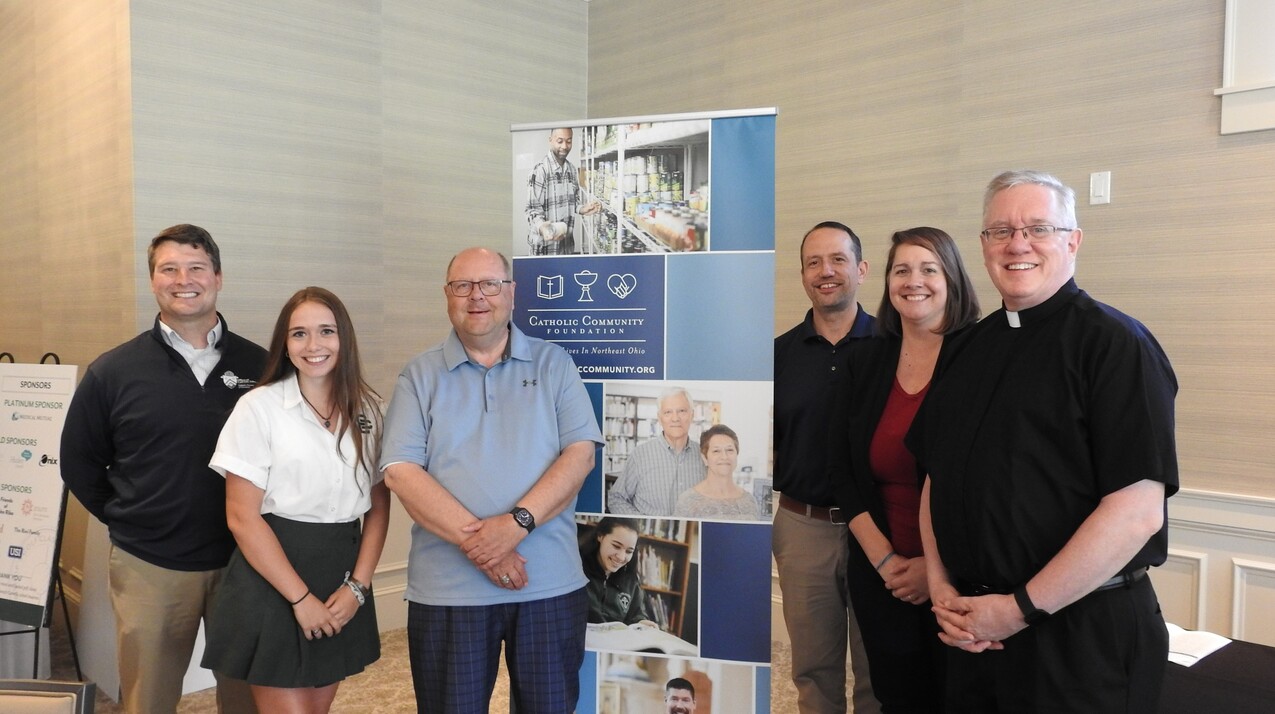 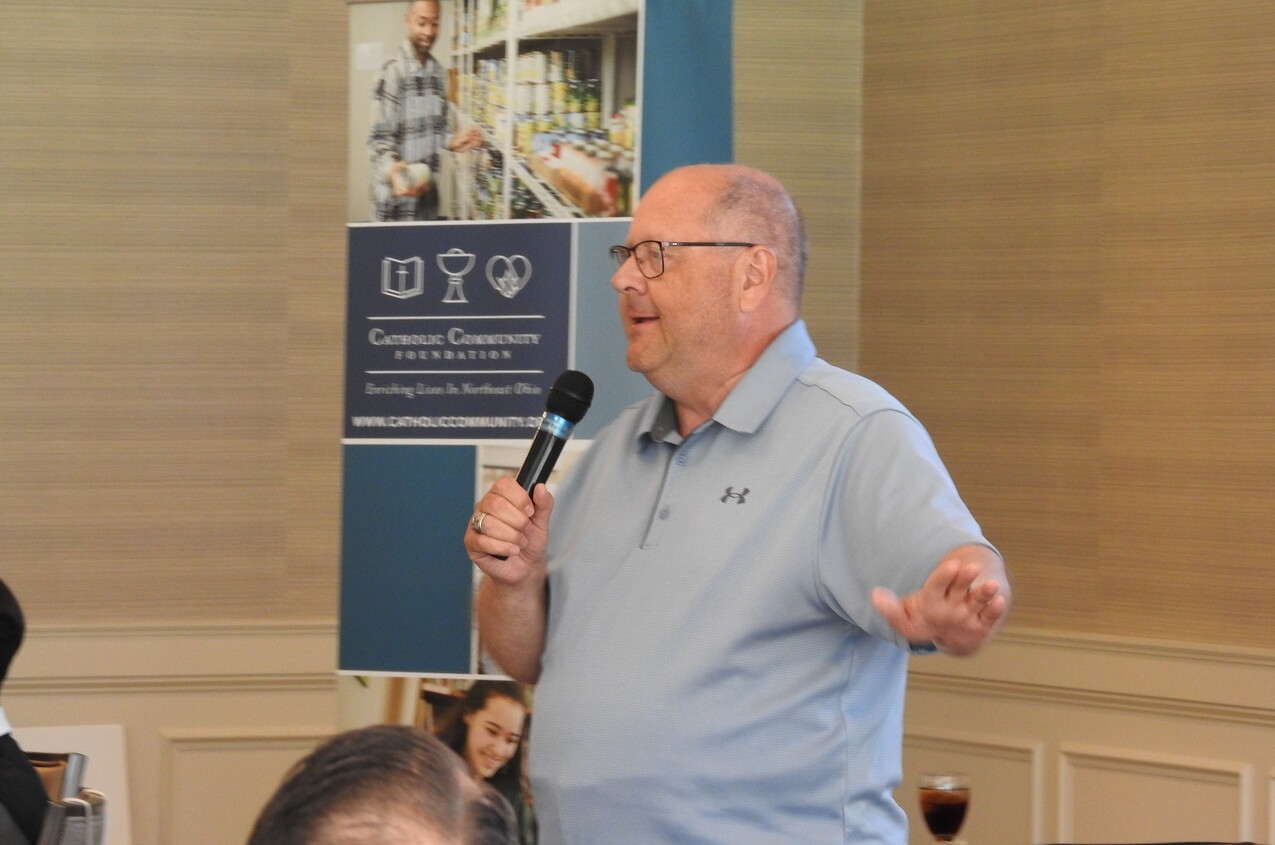 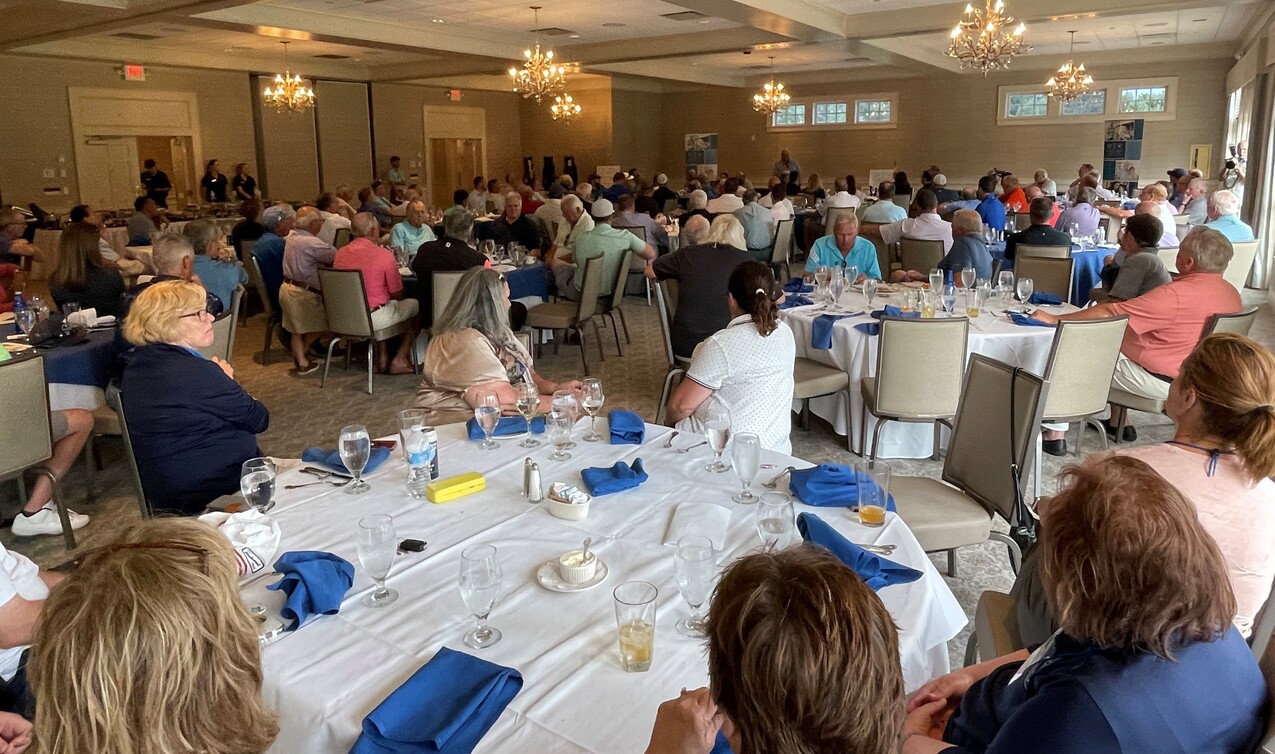 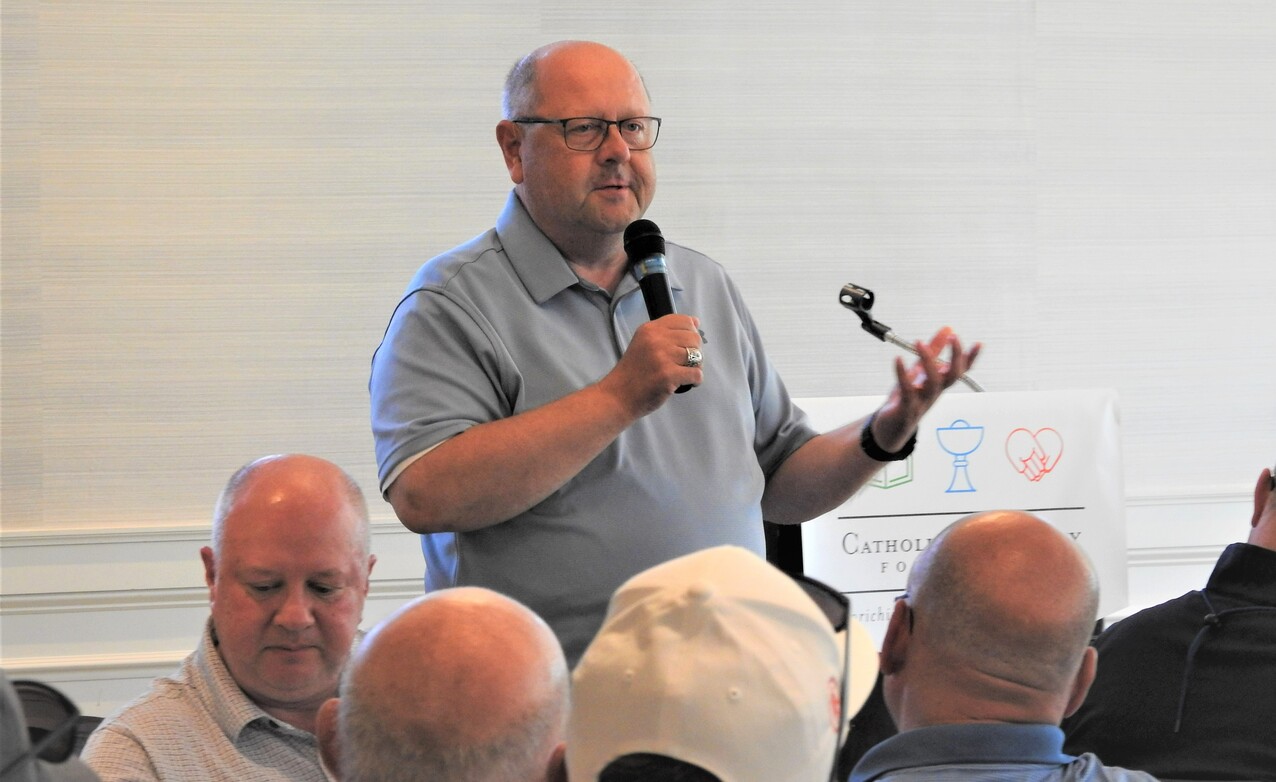 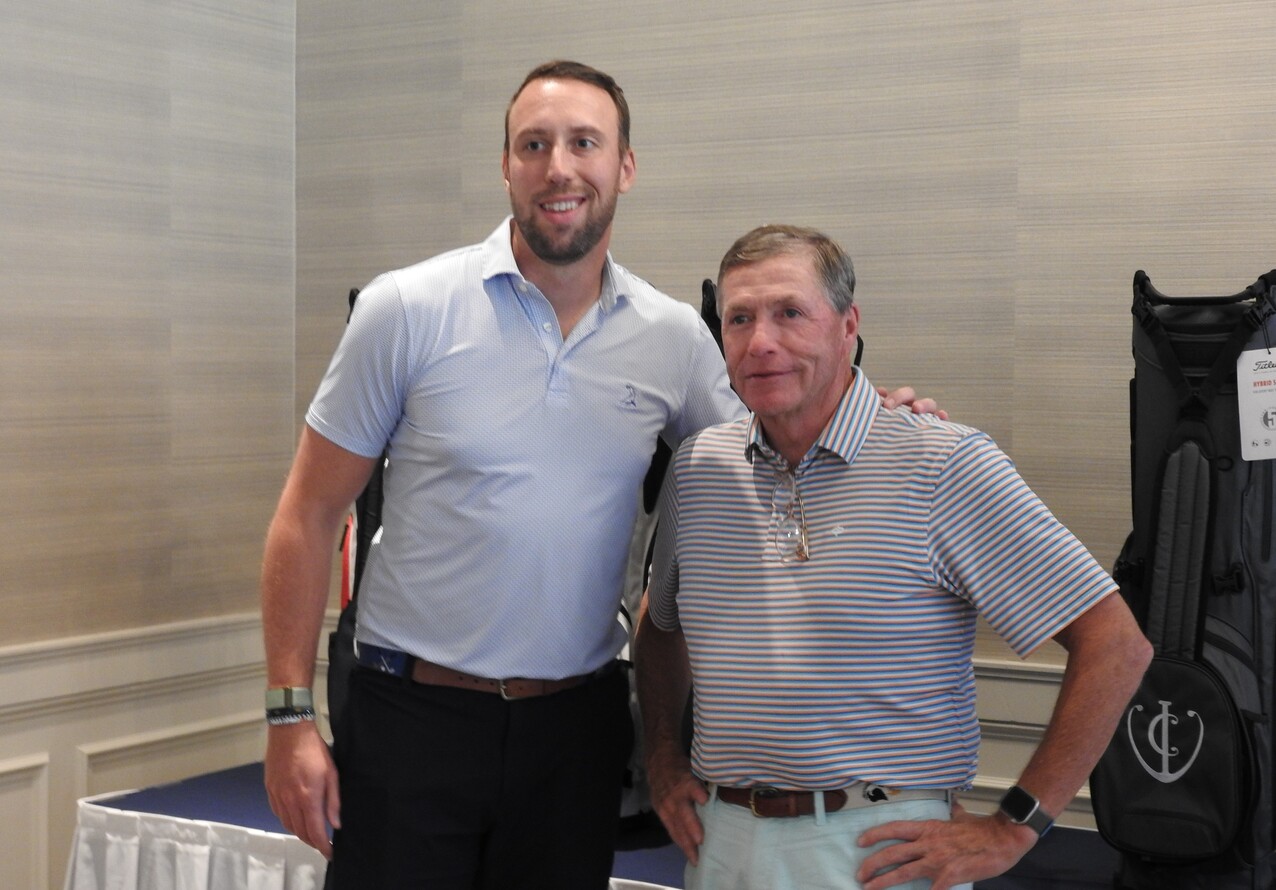 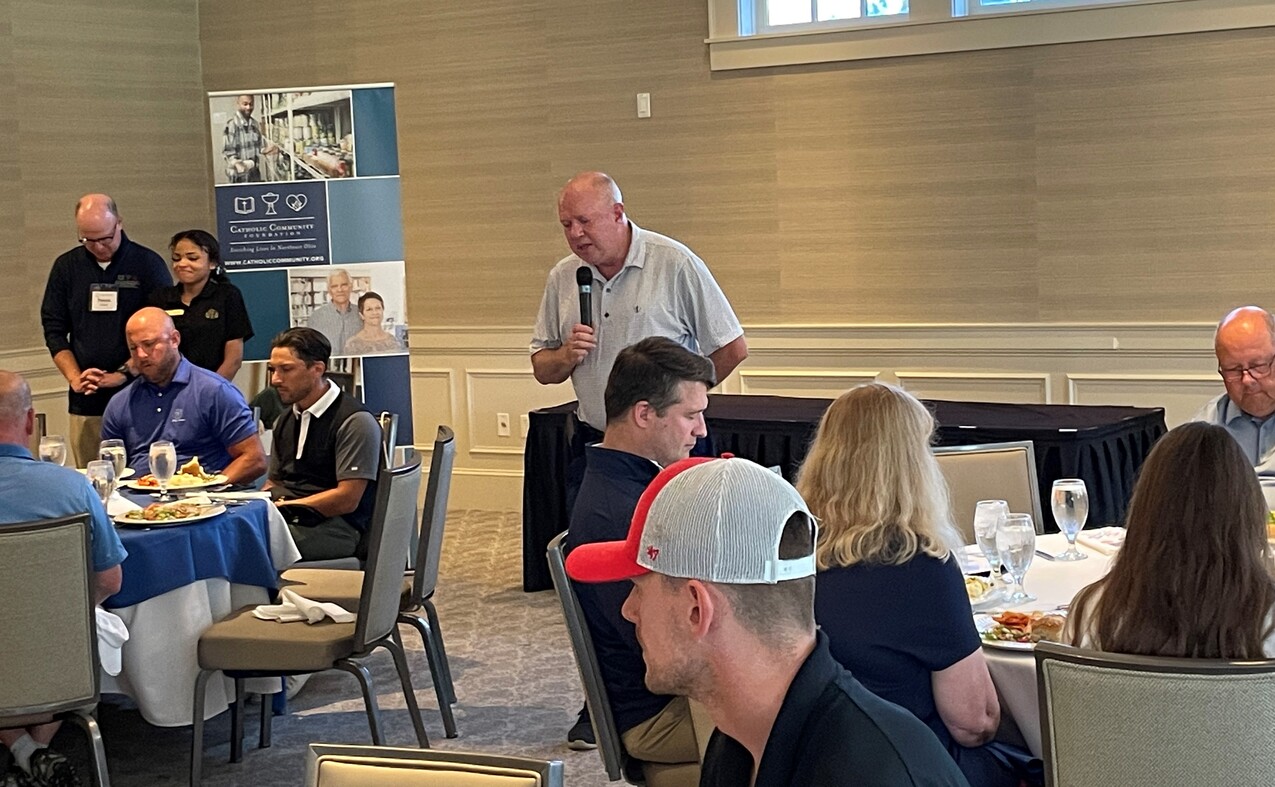 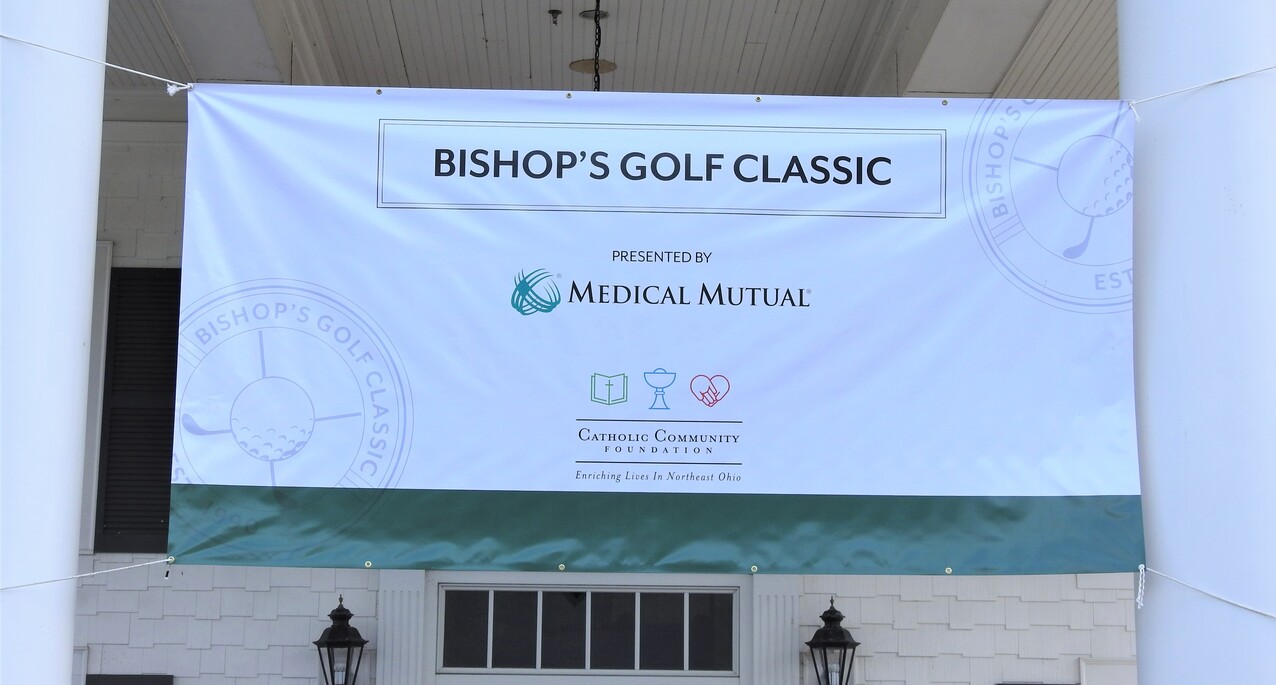 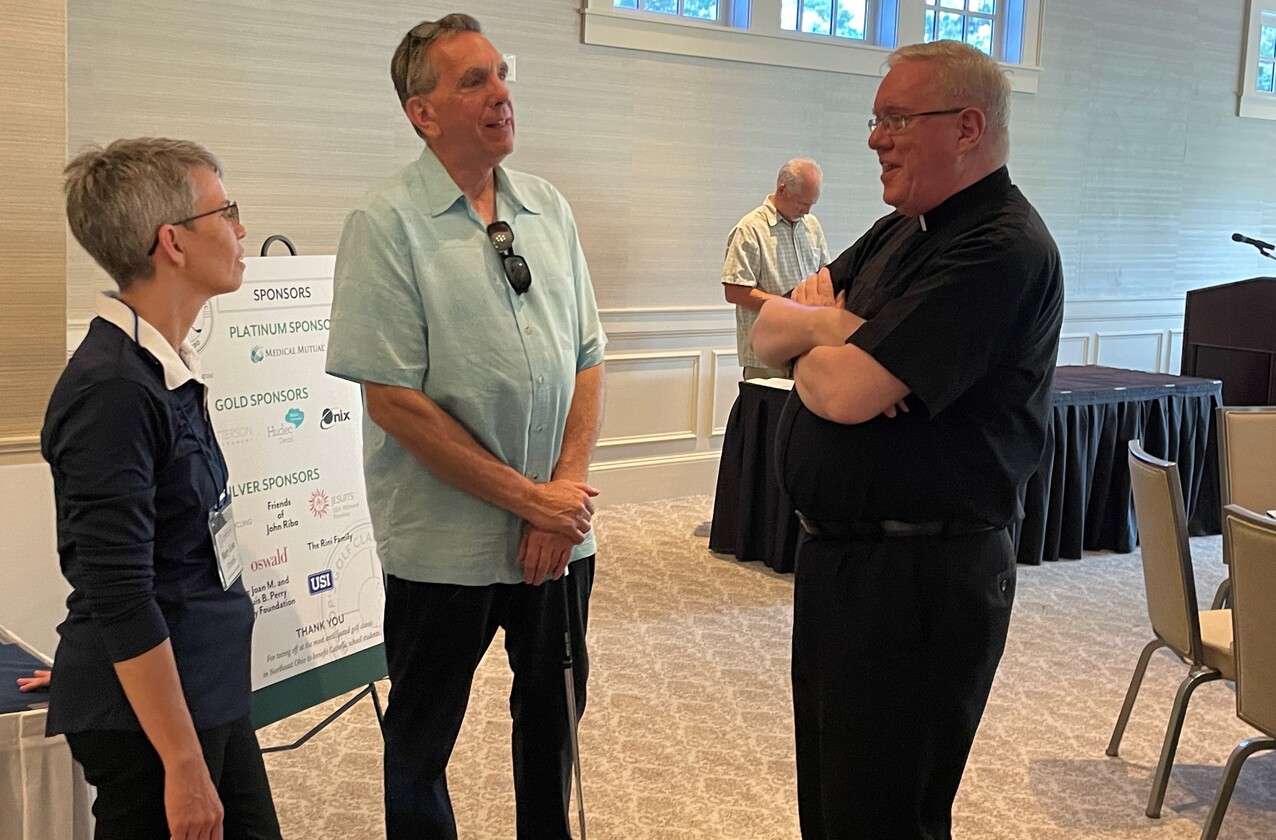 A pair of golf outings will benefit two causes that are important to Bishop Edward Malesic: Borromeo Seminary and tuition assistance for Catholic schools in the Diocese of Cleveland.

The weather was perfect as golfers teed off for the sold-out outings on Aug. 1. The 21st Borromeo Seminary Challenge Golf Outing took place at Silver Lake Country Club in Silver Lake while Westwood Country Club in Rocky River hosted the Bishop’s Classic Golf Outing once again. Both outings were scrambles and the bishop was able to spend a portion of the day with attendees at each event.

(See photo gallery above for pictures from both outings.)

Priests, parents of priests, family members, friends and other Borromeo supporters turned out to raise funds for the seminary. Seminarians were on hand to assist, as were Father Mike McCandless, diocesan vocation director, Father Eric Garris, assistant vocation director, and some seminary staff members. Father Mark Latcovich, seminary president-rector, joined the group later in the day.

Bishop Malesic greeted golfers and thanked them for their support prior to the event start. He offered an opening prayer as golfers lined up in their carts ready to hit the links.

“Please pray for vocations,” he asked the golfers. The bishop said event like the golf outing are important because they help young men who are discerning a vocation to the priesthood with educational costs.

“Thank you to all who support our ministry of preparing men for the priesthood,” the bishop said.

Golfers enjoyed lunch before teeing off. There were skill contests and other challenges throughout the day. They celebrated the successful outing with a dinner and prizes.

Meanwhile, at Westwood, Auxiliary Bishop emeritus Roger Gries and Father Dan Schlegel, vicar for clergy and religious, were among the golfers who teed off after enjoying brunch. Bishop Gries blessed the golfers and offered an opening prayer, including a request that the forecasted rain would hold off until the event concluded. Last year, golfers were subjected to a steady rain during part of the event.

The 31st annual Bishop’s Classic was organized by the Catholic Community Foundation. Several members of the Elyria Catholic High School golf team greeted and assisted golfers as they checked in.

Bishop Malesic was on hand to welcome golfers as they turned in their scorecards and headed to dinner. He was joined by Bishop-elect Michael Woost.

Bishop-elect Woost shared his thoughts on the importance of Catholic education, noting it was a priority for his parents to send him and his six brothers to Catholic schools. Two of his brothers are diocesan priests – Father Dave Woost, pastor of Divine Word Parish in Kirtland, and Father Tom Woost, pastor of St. Brendan Parish in North Olmsted – and another brother, Jon, is in the diaconate formation program.

After serving seven years as vocation director and the past two decades as a professor at Saint Mary Seminary and Graduate School of Theology, the bishop-elect said his life changed suddenly on Sunday in May after he received a call from the apostolic nuncio telling him Pope Francis had named him auxiliary bishop of Cleveland.

“Since then, life has been a whirlwind – but a good one,” he said. His episcopal ordination will take place on Aug. 4.

Bishop-elect Woost credited Bishop Malesic for his help and support as he transitions to his new ministry. He also said he has been thinking about his late parents quite a bit recently.

“My mom said she was always proud of her boys as long as we did something meaningful and of assistance to others. My parents both had a dedication to Catholic schools and made lots of sacrifices so we could have a Catholic education,” he said. The bishop-elect said they felt it was important for their sons to become member of the Church community, experiencing both intellectual and spiritual formation.

When several of his brothers were in college simultaneously, it was difficult for his parents, but they persevered. He also expressed appreciation for the support of their parish that helped defray the cost of his seminary education. His brothers who are priests are also strong supporters of Catholic education, he said, noting Father Tom Woost has a parish school and Father Dave Woost has a strong parish school of religion program.

“What you give I’m sure will be returned in a multitude of ways. Thank you for your support of Catholic schools and education,” the bishop-elect added.

An only child who is very close with her cousins, Annaliese said she attended public school until she was diagnosed with stage 3 cancer – a Wilms’s tumor, the most common type of kidney cancer in children – that required removal of one kidney. As she battled her illness, including surgery, chemotherapy and radiation, she recalled being bullied for having a bald head.

After learning about A Kid Again, a nonprofit that helps children with life-threatening illnesses enjoy adventures as a family, “I started feeling like a normal kid again.”

She transferred to Holy Trinity School in Avon and talked about how much she loved her time there. “I felt like I was home. I made friends,” she said. In gratitude for the help she received, she raised funds for A Kid Again and decided she wanted to help others.

She is enjoying her time at Elyria Catholic and is looking forward to her senior year. Annaliese is a member of the varsity tennis team and a school ambassador.

“Catholic schools helped me strengthen my faith and give be courage to share my story, to open the eyes of others,” she added.

Her grade point average doesn’t define who she is, Annaliese said. “When I got my scholarship acceptance letter (diocesan tuition assistance for EC), I was reminded that people support me because of who I am as a person,” she said, noting the funds will help defray costs for her last year at EC. She aspires to be a developmental psychology major and is considering Xavier University, the University of Dayton or Texas Christian University among her top college choices.

“It’s all in God’s plan. He already has a path for me. I enjoy being a servant of God,” she added.

“Annaliese had a tough time,” Bishop Malesic said, referring to struggling with her illness and school. “But she got through it with God. Life without God is like trying to lasso the wind. We’re all just passing through this life as pilgrims,” he said.

The bishop said it’s important to support young people, who have replaced the elderly as the loneliest generation. “You’re doing something,” he told the golfers, thanking them for their support of Catholic education.

“You have no idea how special it is to have schools that center on God,” he added.

Click here for more information on the Catholic Community Foundation and ways to support Catholic education in the diocese.